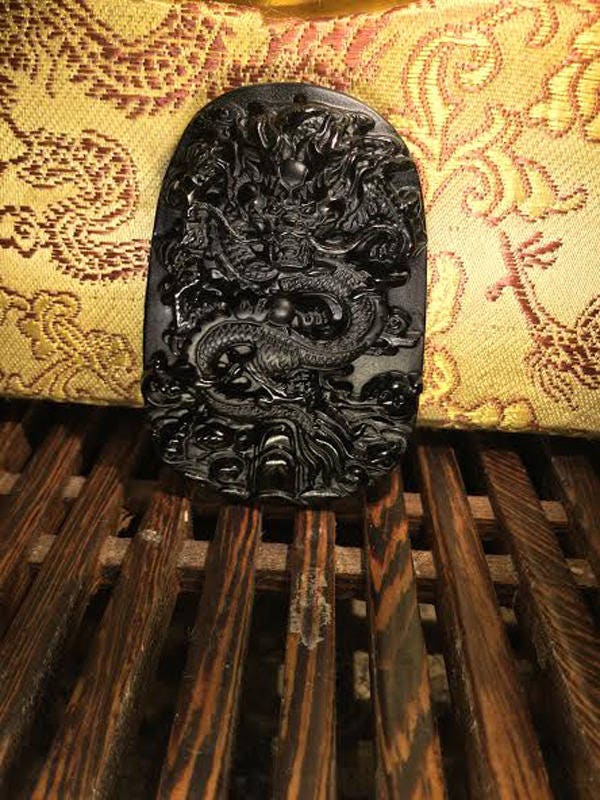 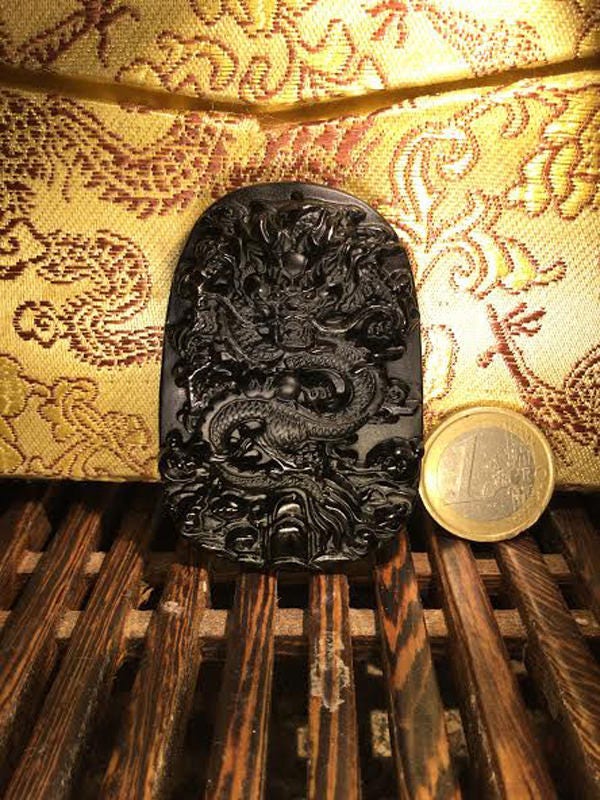 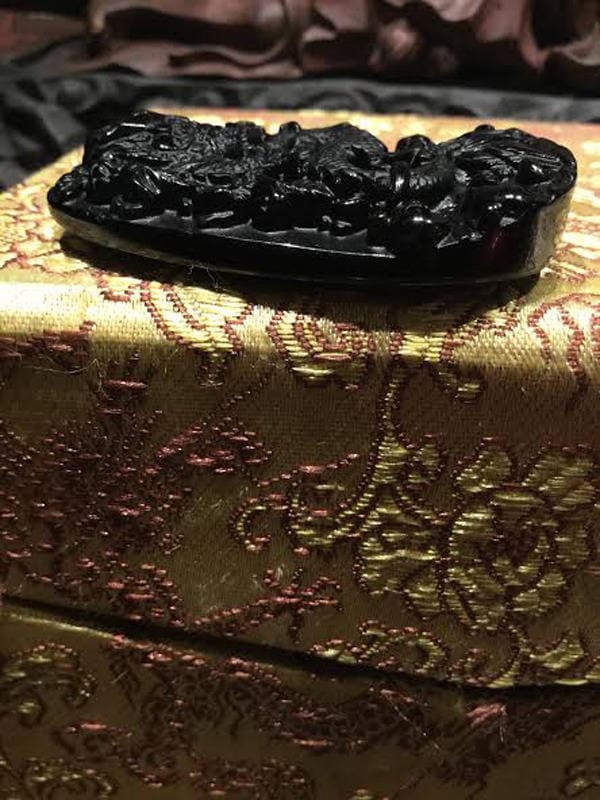 This amulet is made of black obsidian from Mexico, renowned for the quality of its deposits.
Among the 360 or so scaled creatures in China's mythology, the dragon occupied the top of a hierarchy. It was represented by a mixture of several animals but there were a significant number of dragon varieties depending on its habitat
He was one of four animals symbolizing the cardinal points.
The dragon represented sunrise, therefore the East, spring and fertility, on the contrary for example of the western white tiger.
For the record the other two animals were the Phoenix in the south and the turtle in the north.
In Taoism, dragons were as benevolent and brought happiness and prosperity. It was only with Buddhism that their nature took on a more menacing aspect.
The dragon was the symbol of the Emperor of China for two millennia it was customary to call the Emperor of China, "Dragon".
According to legend, the dragon had nine sons with a well-cut personality and a very precise place in the iconography.

Available in France, for Europe consult us mdjcreation [!at] gmail.com
All about our activities and minerals where we exhibit.
https://www.facebook.com/pages/Dongmei-Jeremy-Zhang-Guelle/103104533147394?ref=hl