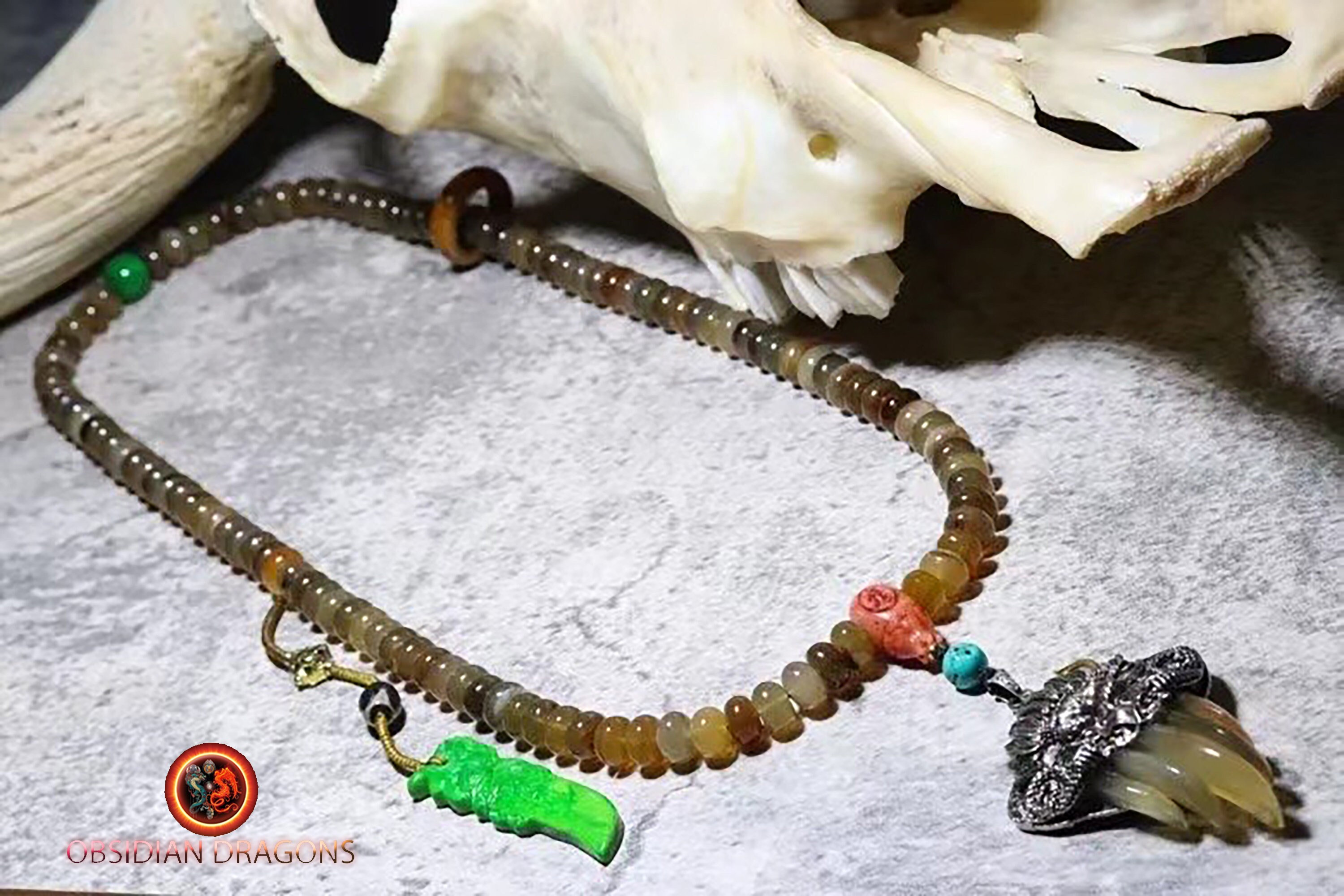 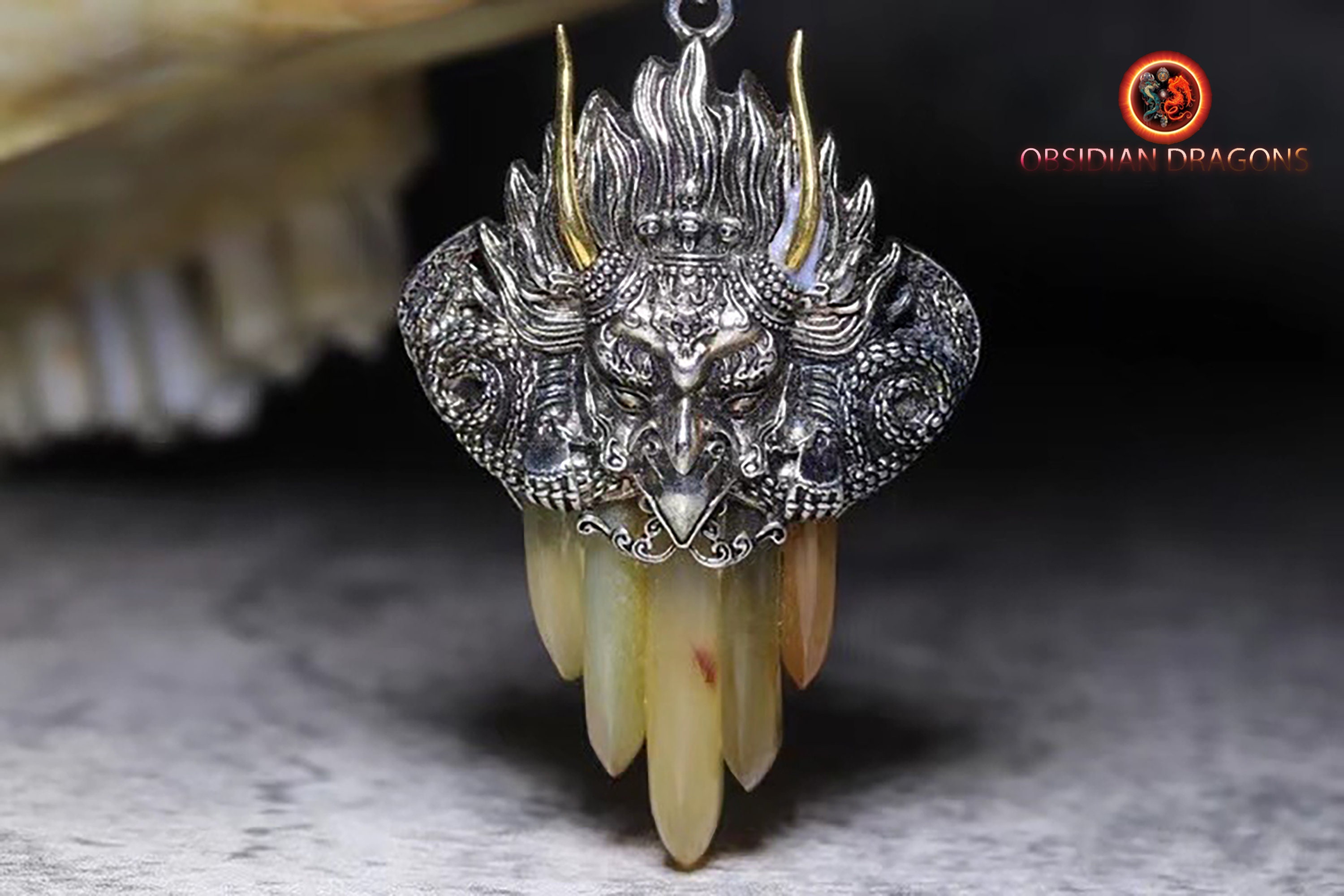 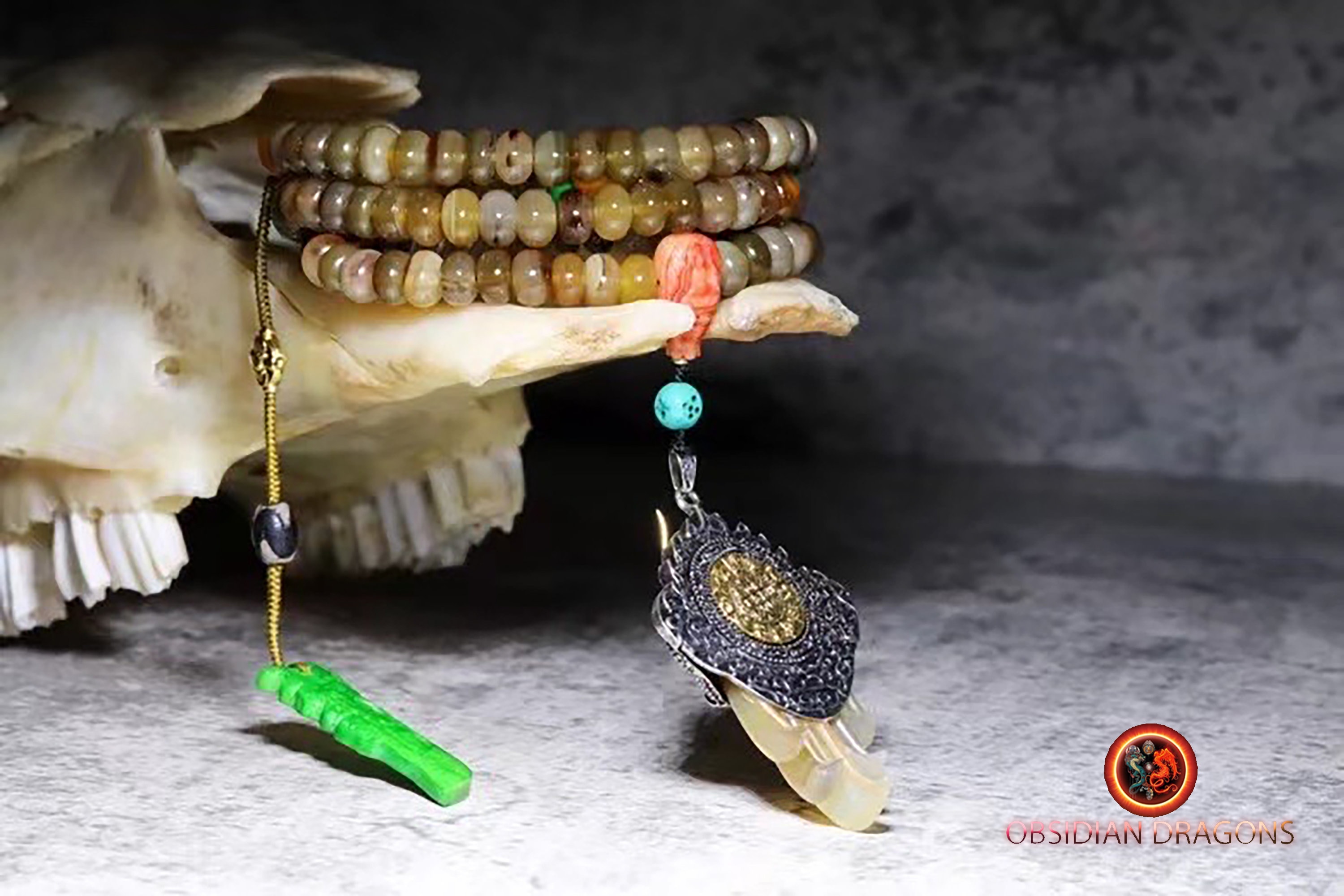 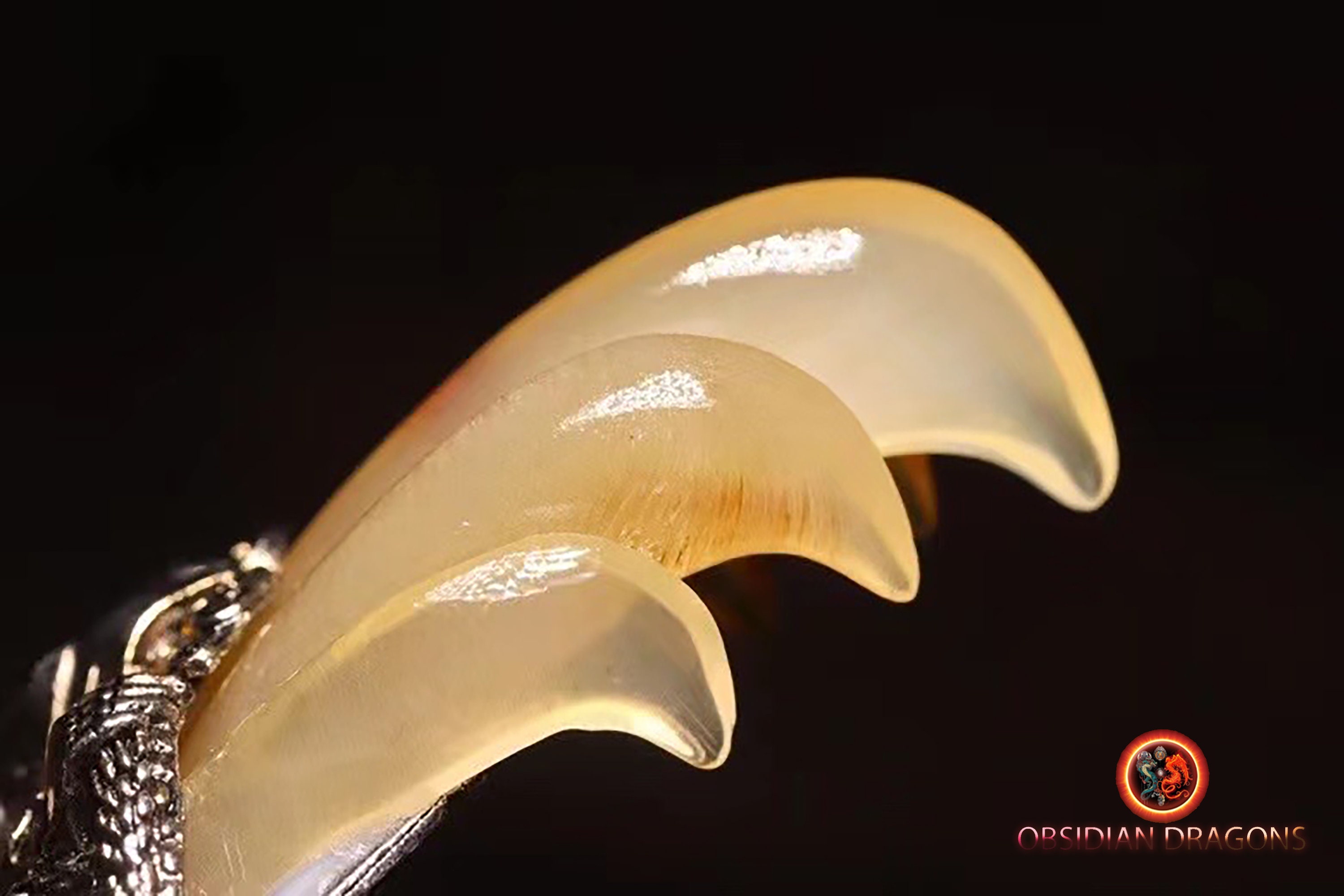 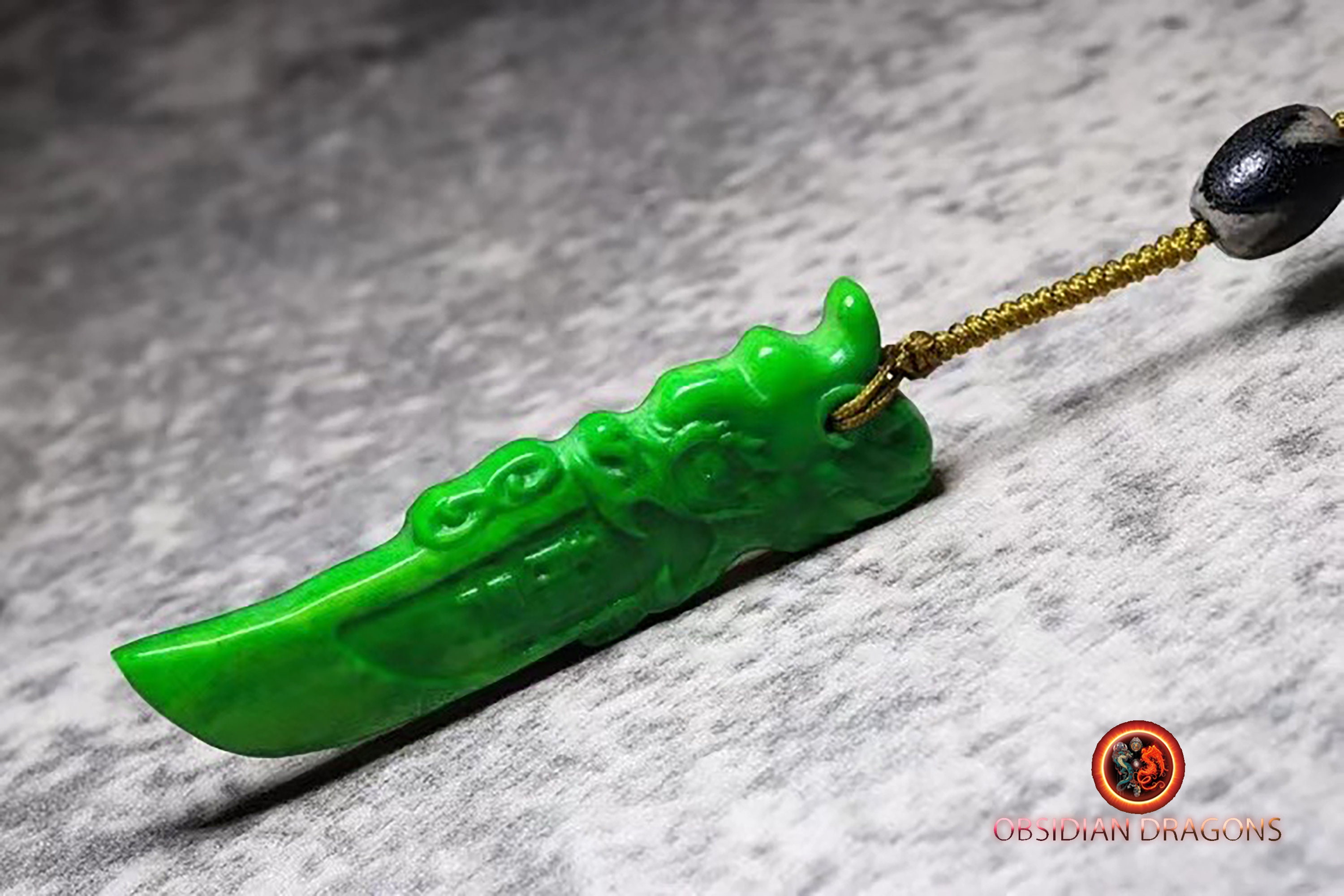 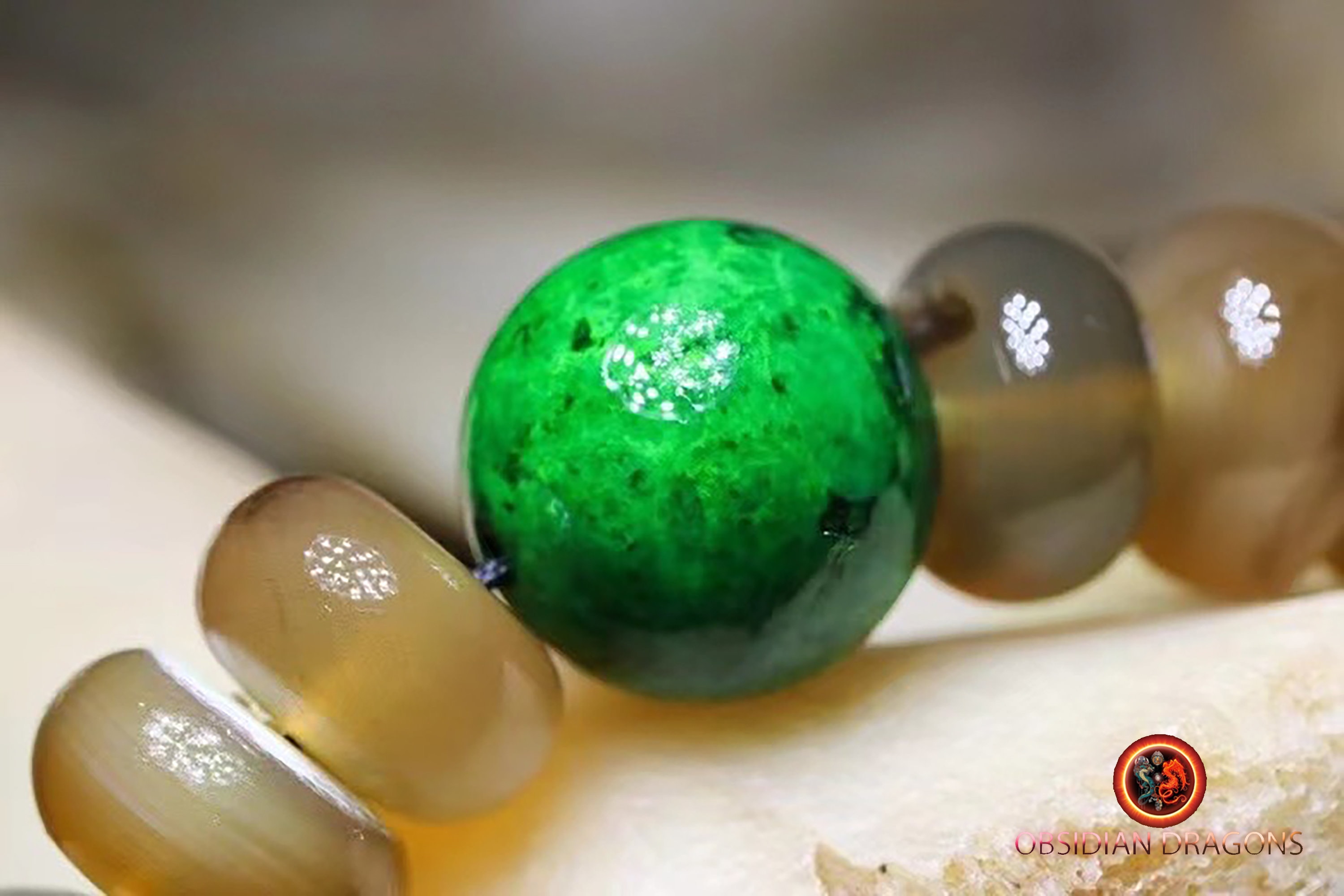 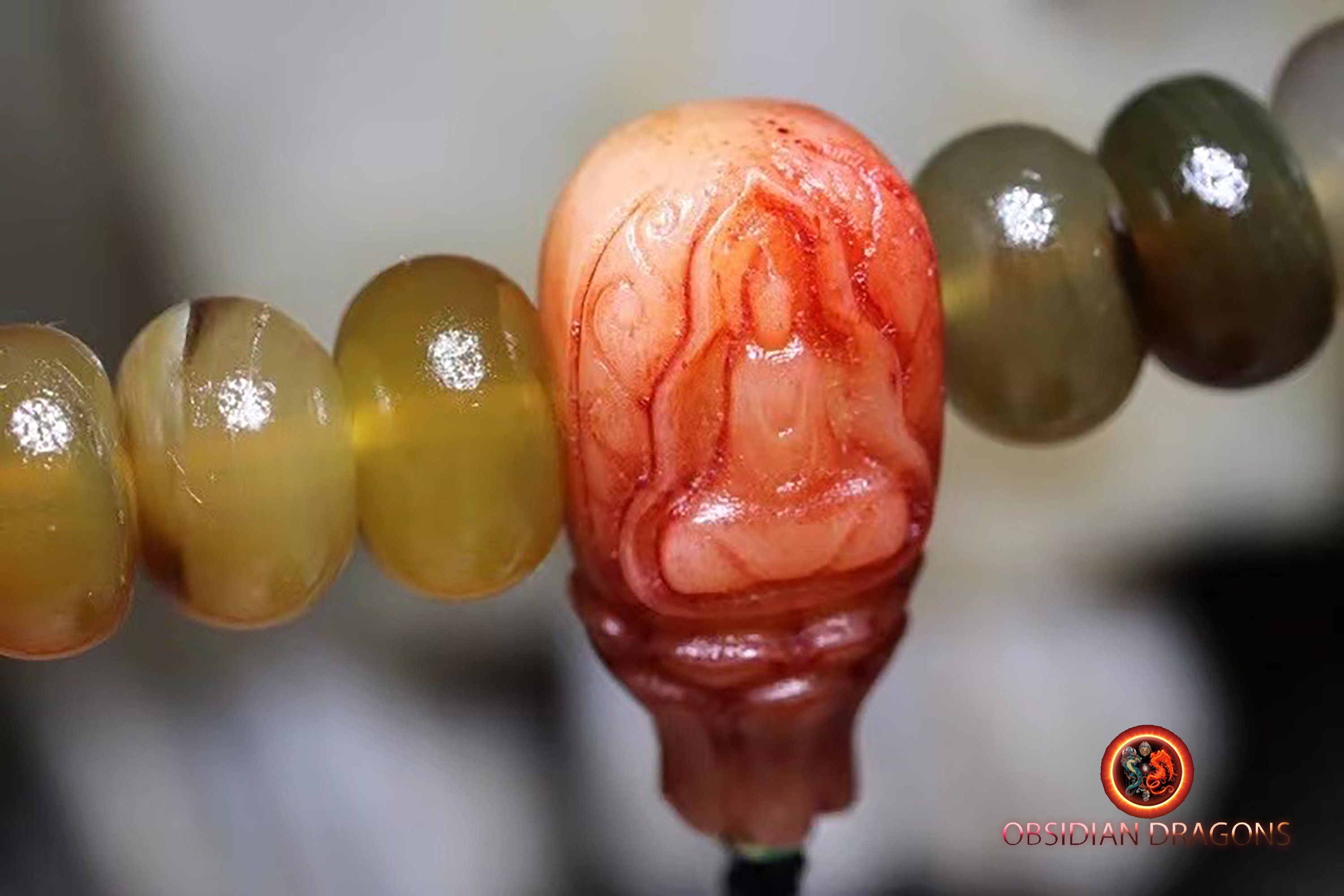 Our entire collection of mala is visible and accessible by clicking on this link
https://www.etsy.com/fr/shop/obsidiandragons?ref=seller-platform-mcnav&section_id=21900681

GARUDA
Garuda, fabulous birdman of Hindu and Buddhist mythology, son of Kashyapa and Vinatâ and brother of Aruna, the chariot driver of the god Sûrya. It is the vâhana, or mount, of the god Vishnu. He is also considered the king of birds.
In Tibet, Khyung (ཁྱུང) is the Tibetan name for Garuda. Coming from India, it was assimilated to the khading of the bön religion, the golden-horned eagle. The black garuda is a deity of the Nyingmapa school of Tibetan Buddhism who is believed to suppress the affections caused by the naga and spirits of the earth. He is depicted on the Lungta. It is represented in the iconography of Shambhala by Chogyam Trungpa for whom it is associated with significant speed and power. Like the phoenix, it rises from the ashes of destruction, it is indestructible.