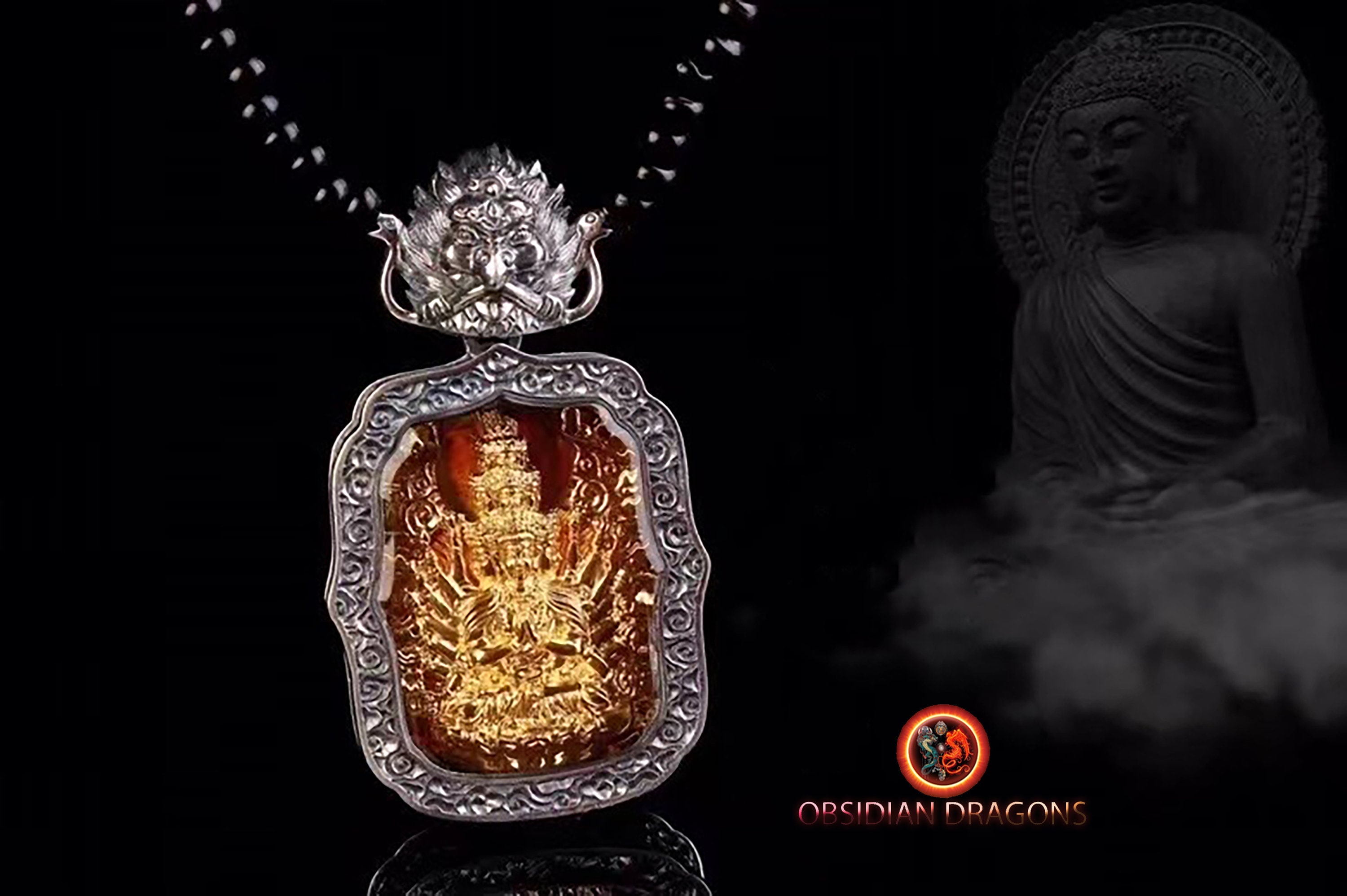 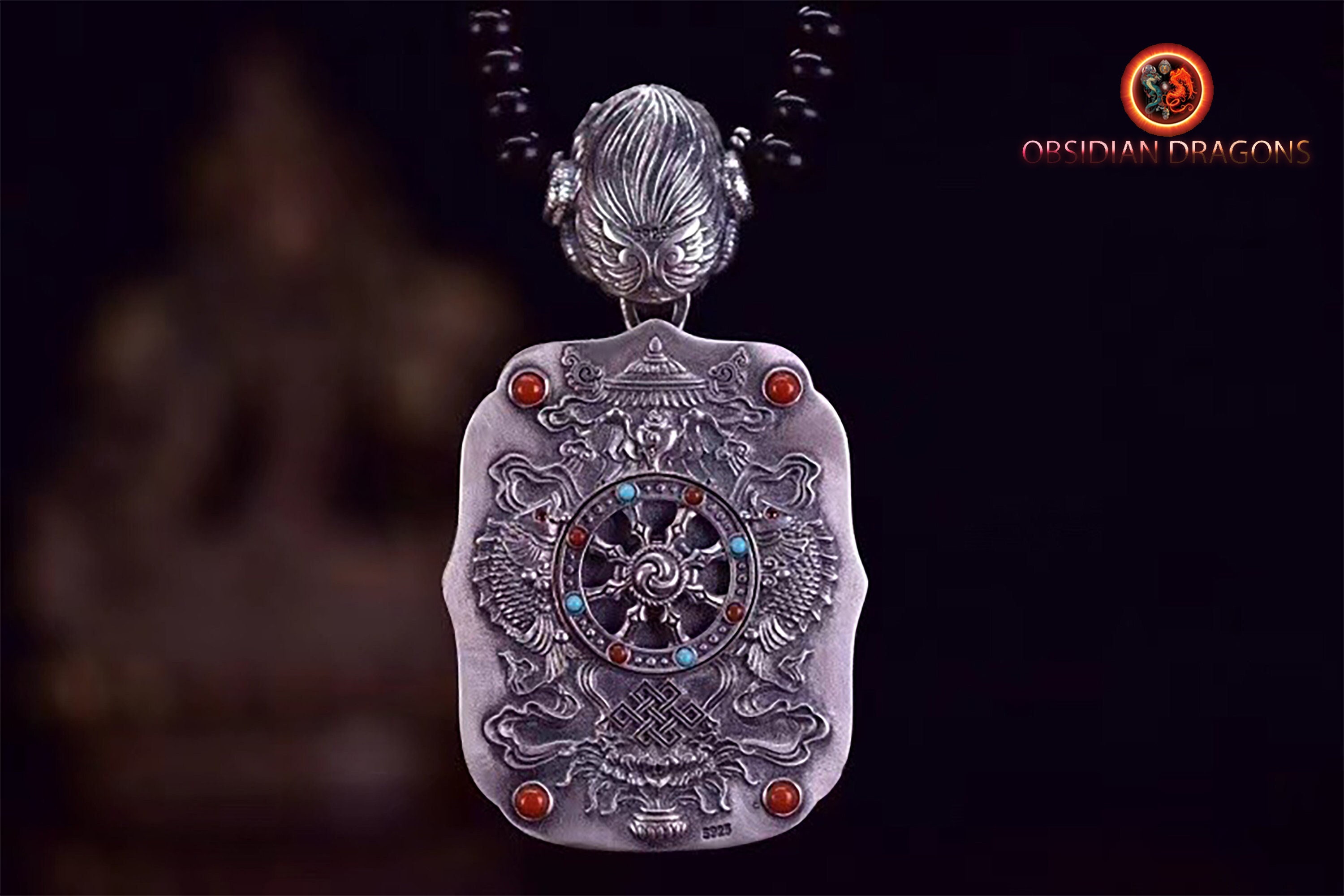 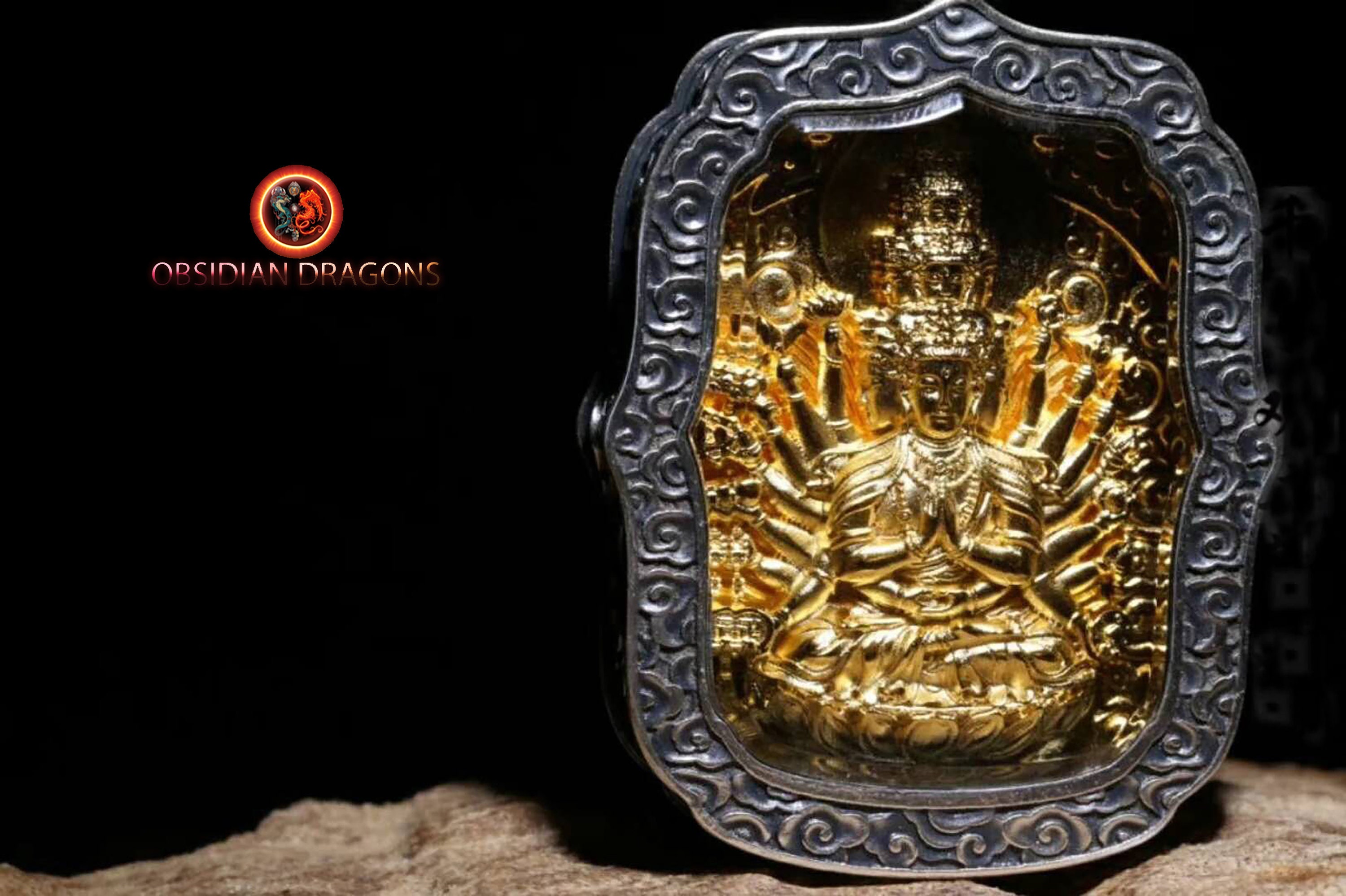 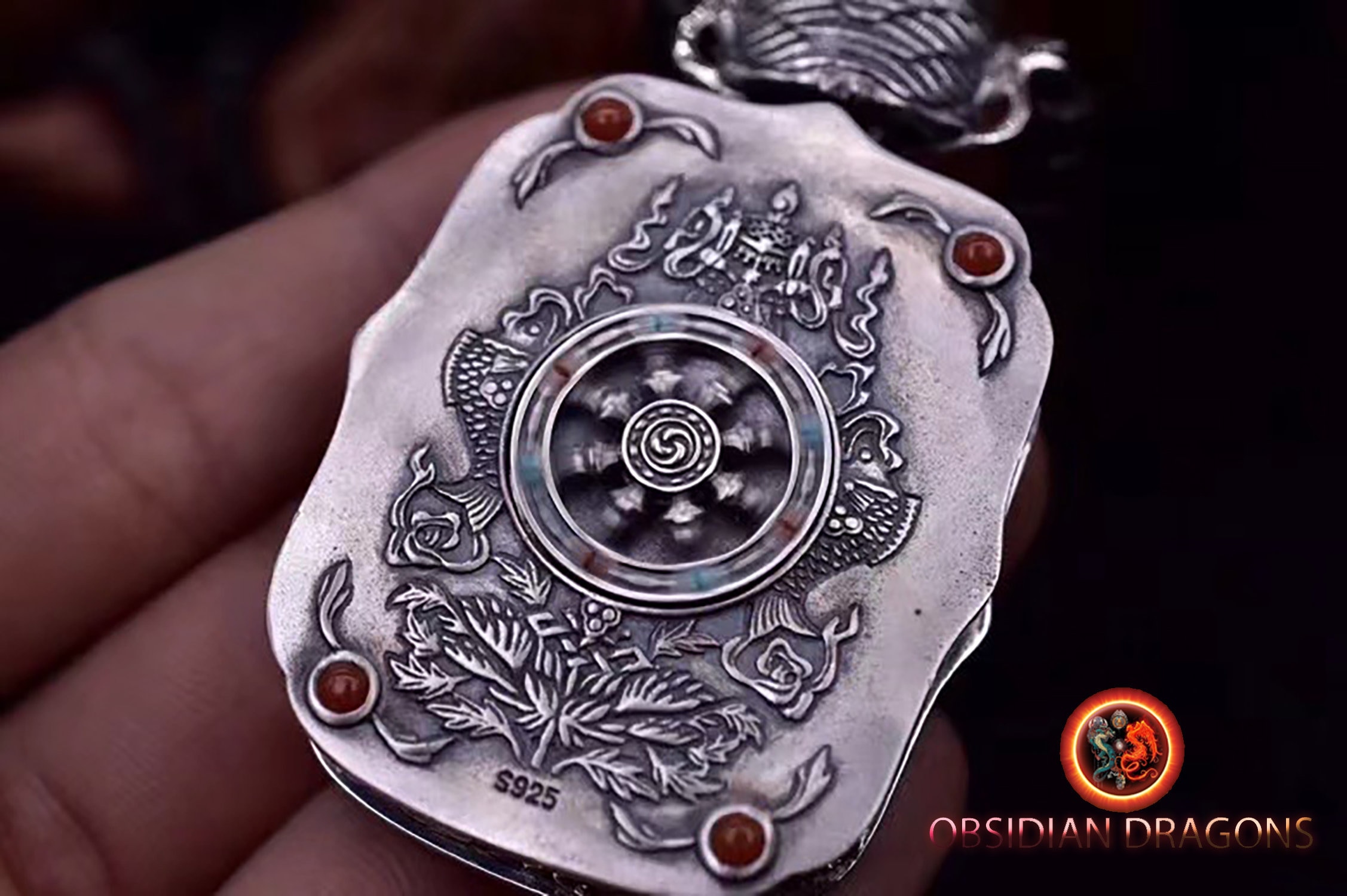 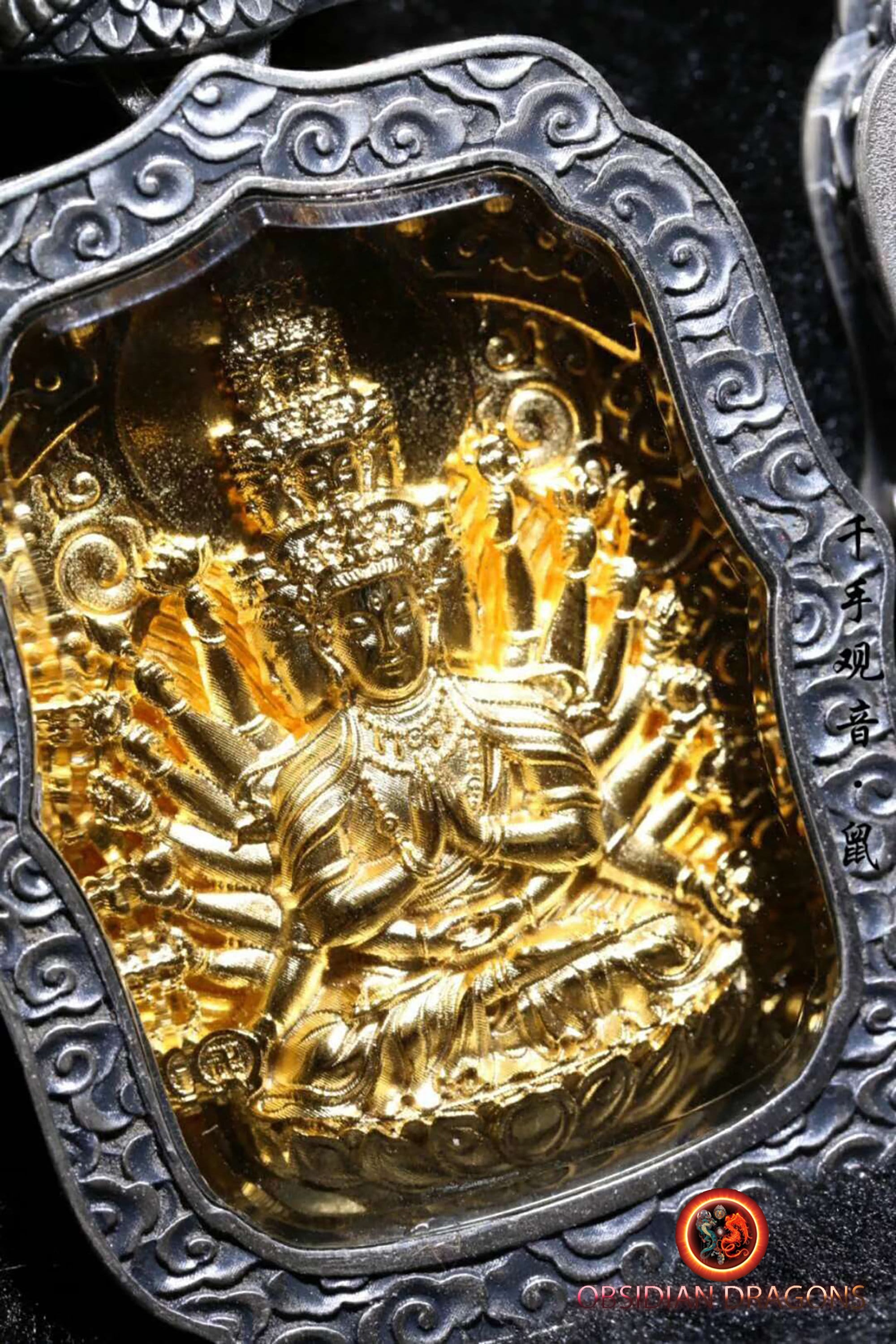 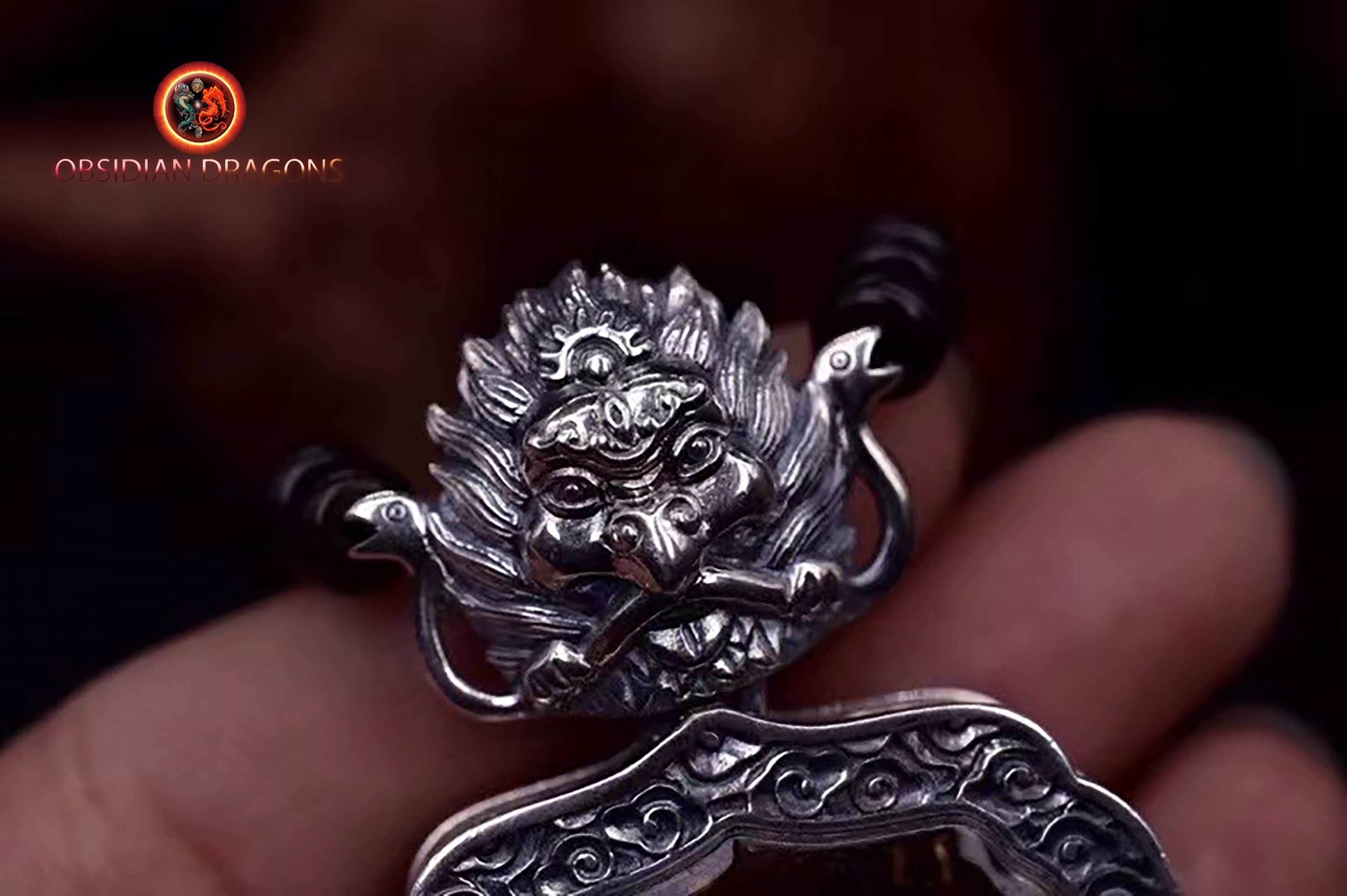 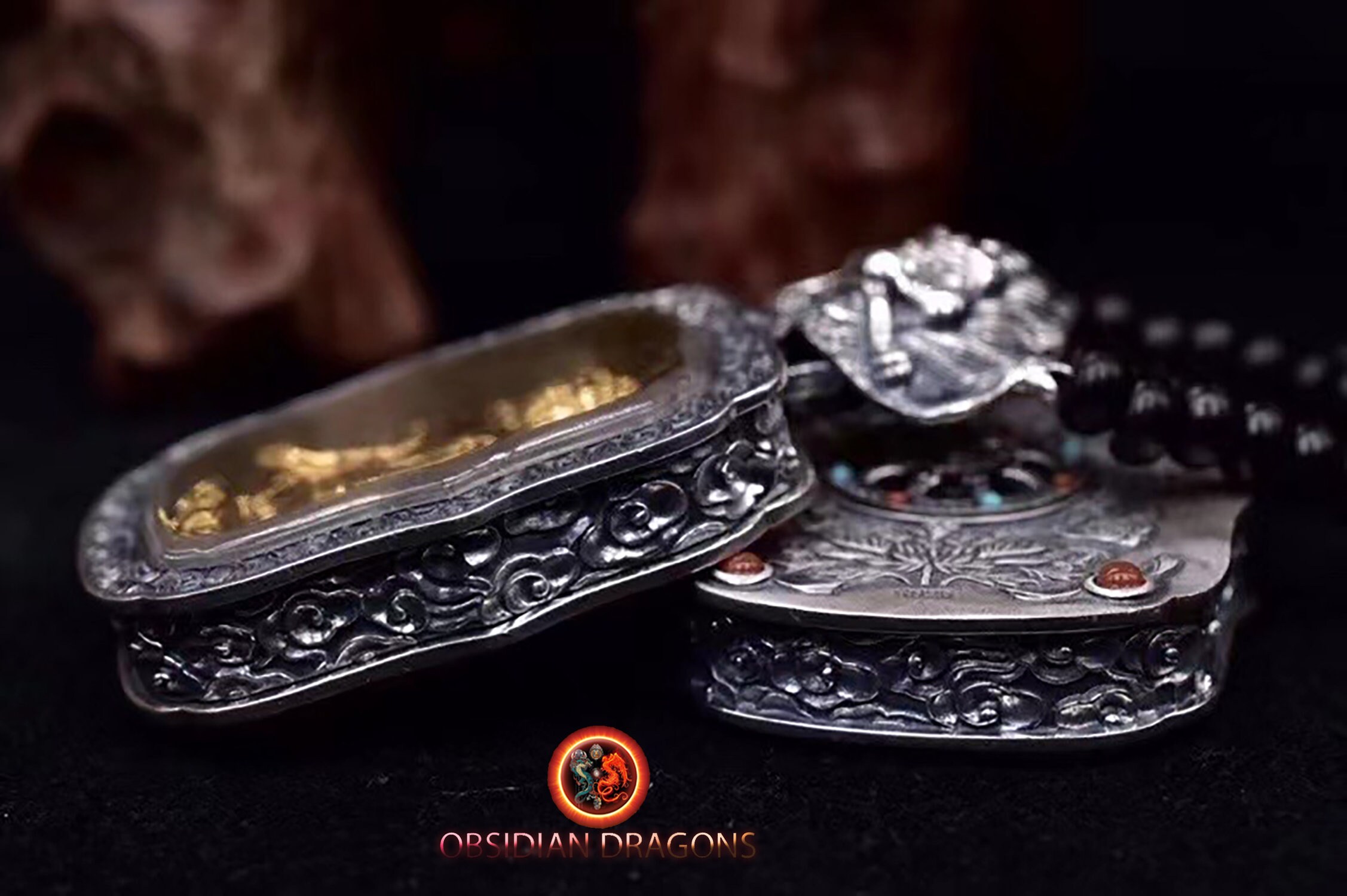 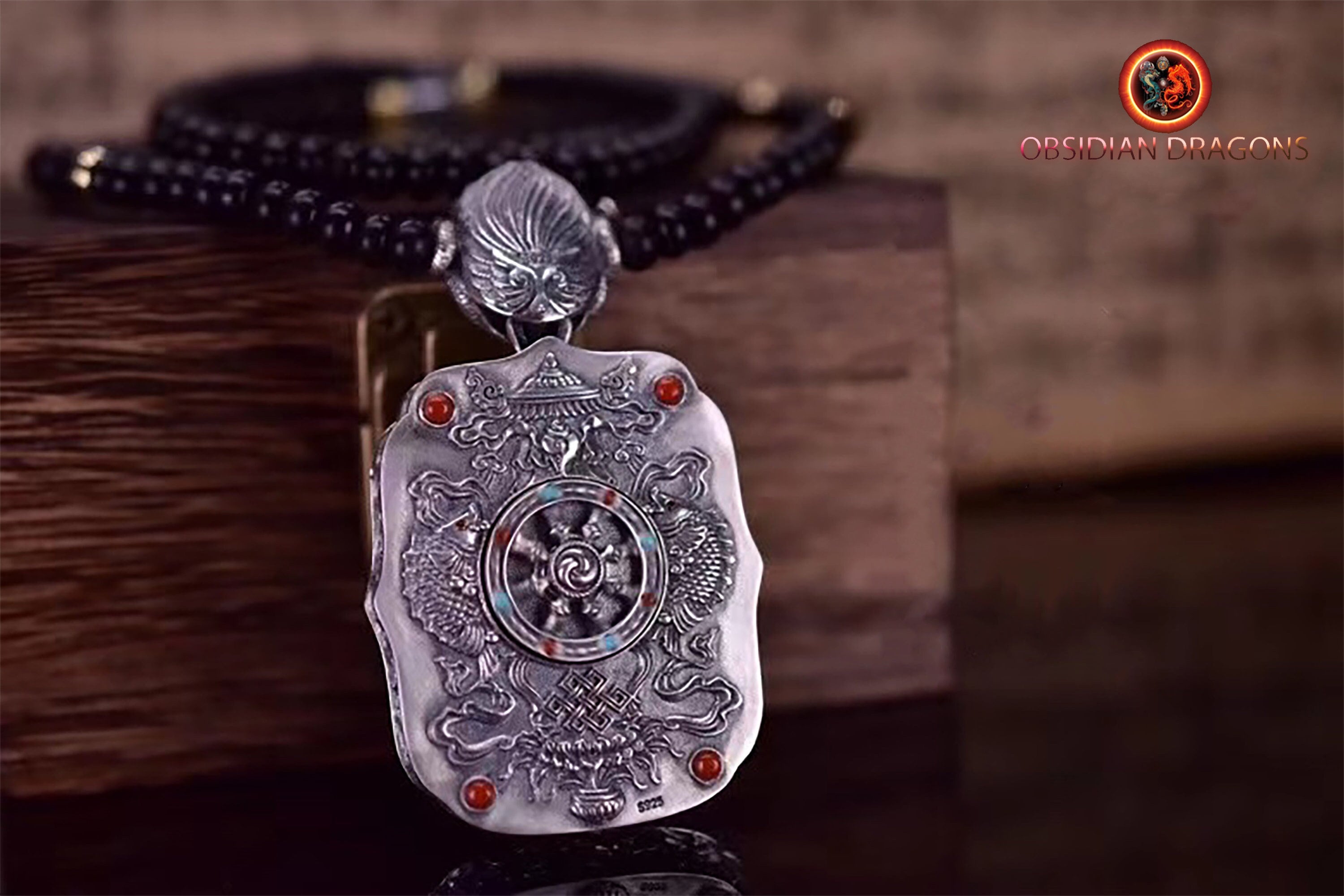 Arizona turquoise "sleeping beauty"
Agate known as nan hong (southern red), baoshan deposit in Yunnan province.
Exclusively Chinese mineral, this agate called nan hong (southern red) holds its very particular color by its link with cinnabar on the deposits. . Places of deposits (volcanic) Region of Yunnan site of baoshan, Sichuan site of Liangshan for the only two deposits.
As a gemologist graduated from the Institut National de Gemmologie de Paris, all our stones are appraised and certified.

Dharma wheel rotating on the back thanks to a precision rotating ball system developed in Germany.

Comes with a mala of 108 black sandalwood beads and rock crystal.
Length of the mala of 34 cm

Dimensions of the pendant 66mm high by 39mm wide by 11mm thick
Weight of about 67 grams.

To view our entire collection of Buddhist amulets and protections, please click on this link
https://www.etsy.com/fr/shop/obsidiandragons?ref=seller-platform-mcnav&section_id=23827698

Our entire shop is accessible via this link
https://www.etsy.com/fr/shop/obsidiandragons?ref=seller-platform-mcnav

According to Tibetan Buddhism, reciting the mantra of Chenrezi Om Mani Padme Hum, out loud or inwardly, is an invocation to Chenrezig's benevolent and powerful mindfulness, the expression of the Buddha's compassion. Seeing the written mantra can have the same effect, which is why it is found in clearly visible places, even engraved in stone. It can also be invoked using prayer wheels on which the mantra is inscribed, sometimes thousands of times. There are different formats of prayer wheels: there are those that you can carry with you and spin with one hand, and there are others that are so big and heavy that it takes several people to spin them. According to Tibetan Buddhist monks, the mantra Om Mani Padme Hum (Hung) alone brings together all of the Buddha's teachings.

GARUDA
Fabulous bird-man of Hindu and Buddhist mythology, son of Kashyapa and Vinatâ and brother of Aruna, the chariot driver of the god Sûrya. It is the vâhana, or mount, of the god Vishnu. He is also considered the king of birds.
In Tibet, Khyung (ཁྱུང) is the Tibetan name for Garuda. Coming from India, it was assimilated to the khading of the bön religion, the golden-horned eagle. The black garuda is a deity of the Nyingmapa school of Tibetan Buddhism who is believed to suppress the affections caused by the naga and spirits of the earth. He is depicted on the Lungta. It is represented in the iconography of Shambhala by Chogyam Trungpa for whom it is associated with significant speed and power. Like the phoenix, it rises from the ashes of destruction, it is indestructible.