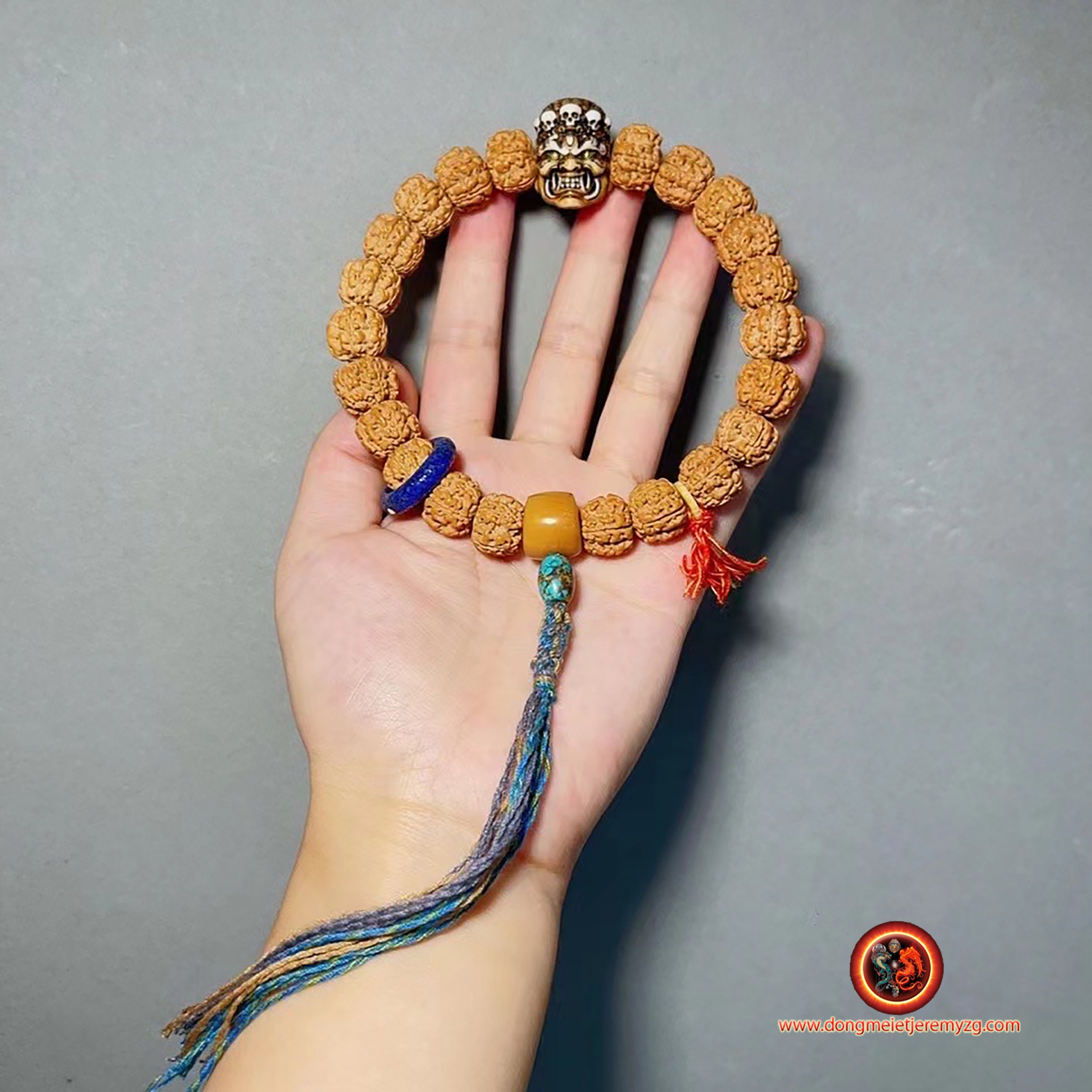 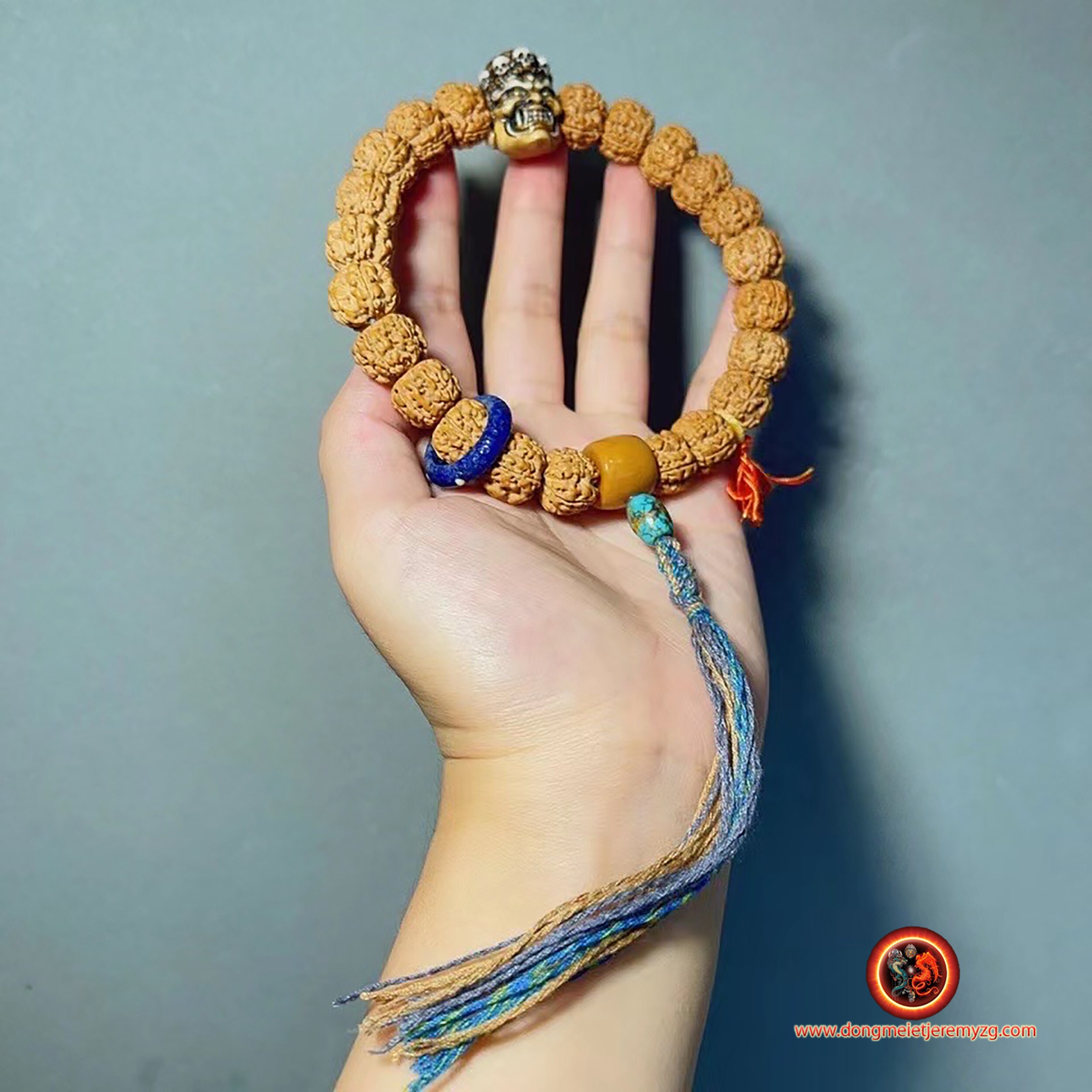 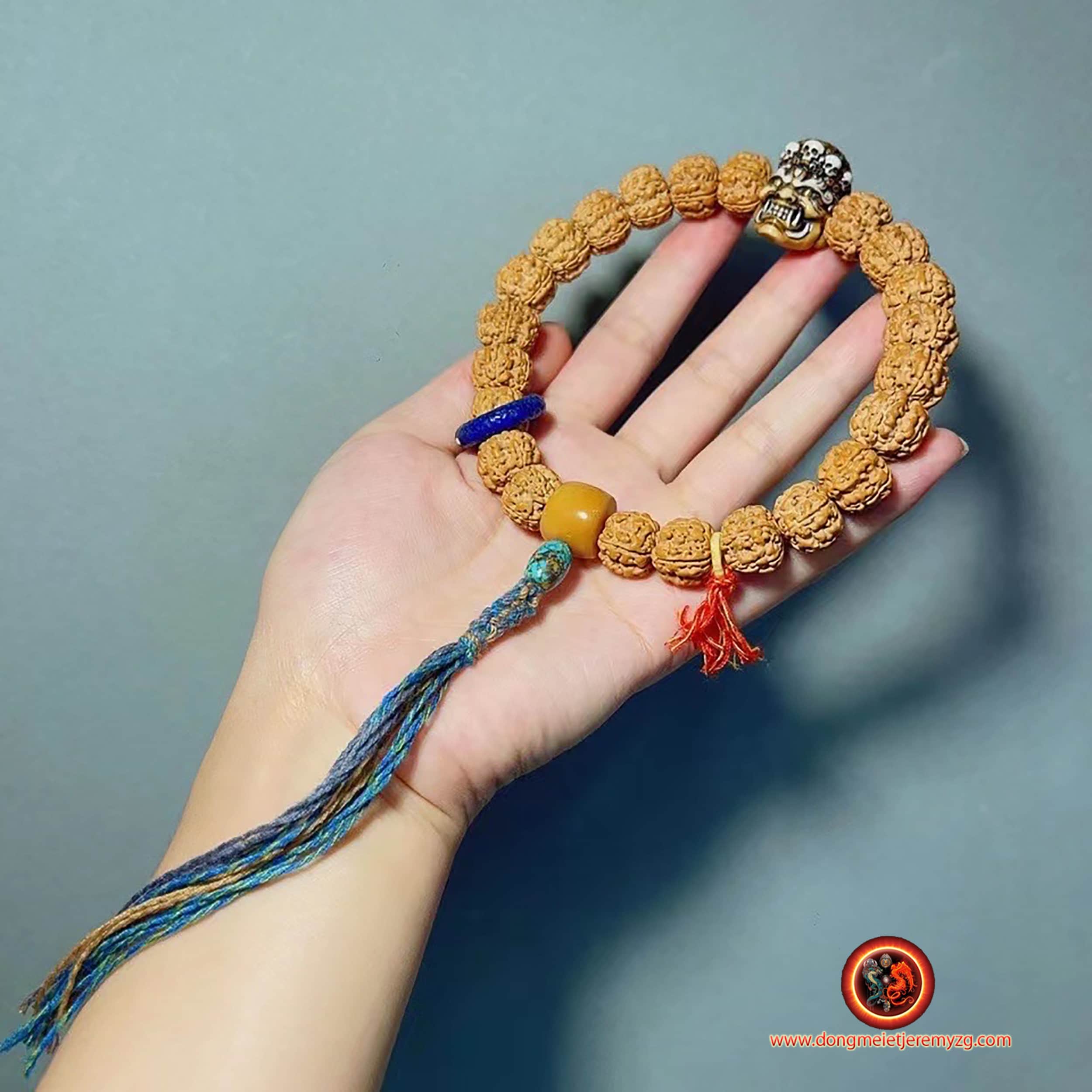 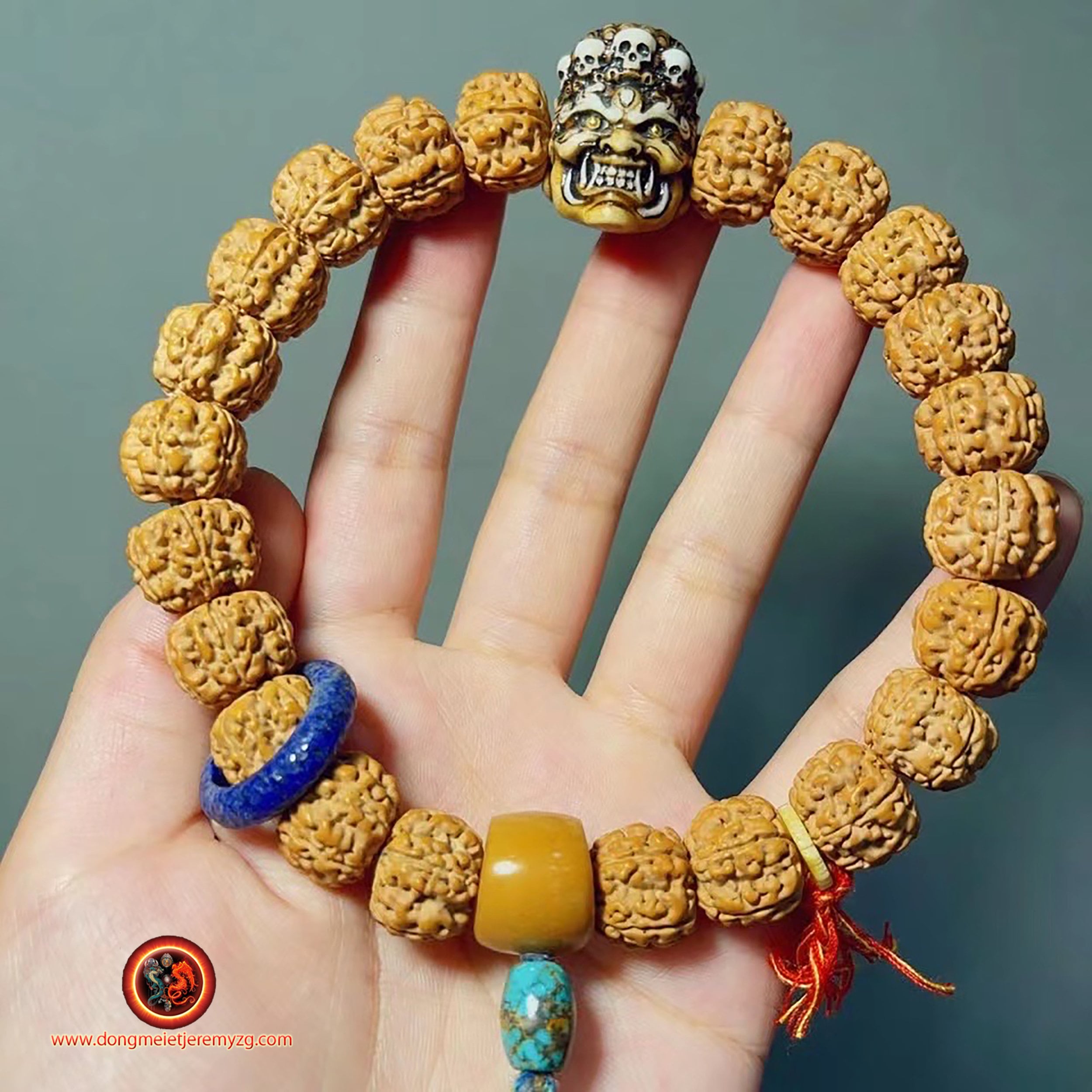 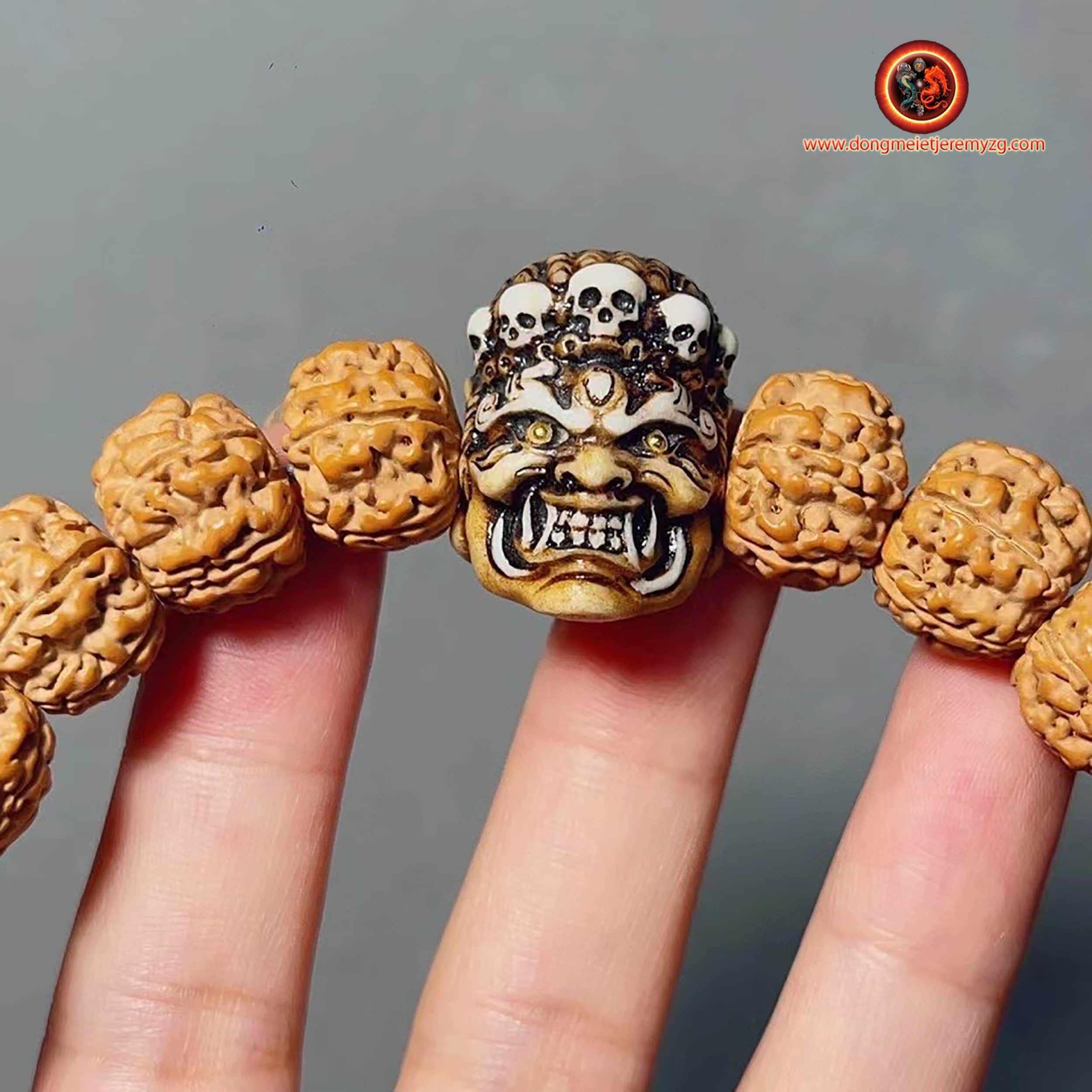 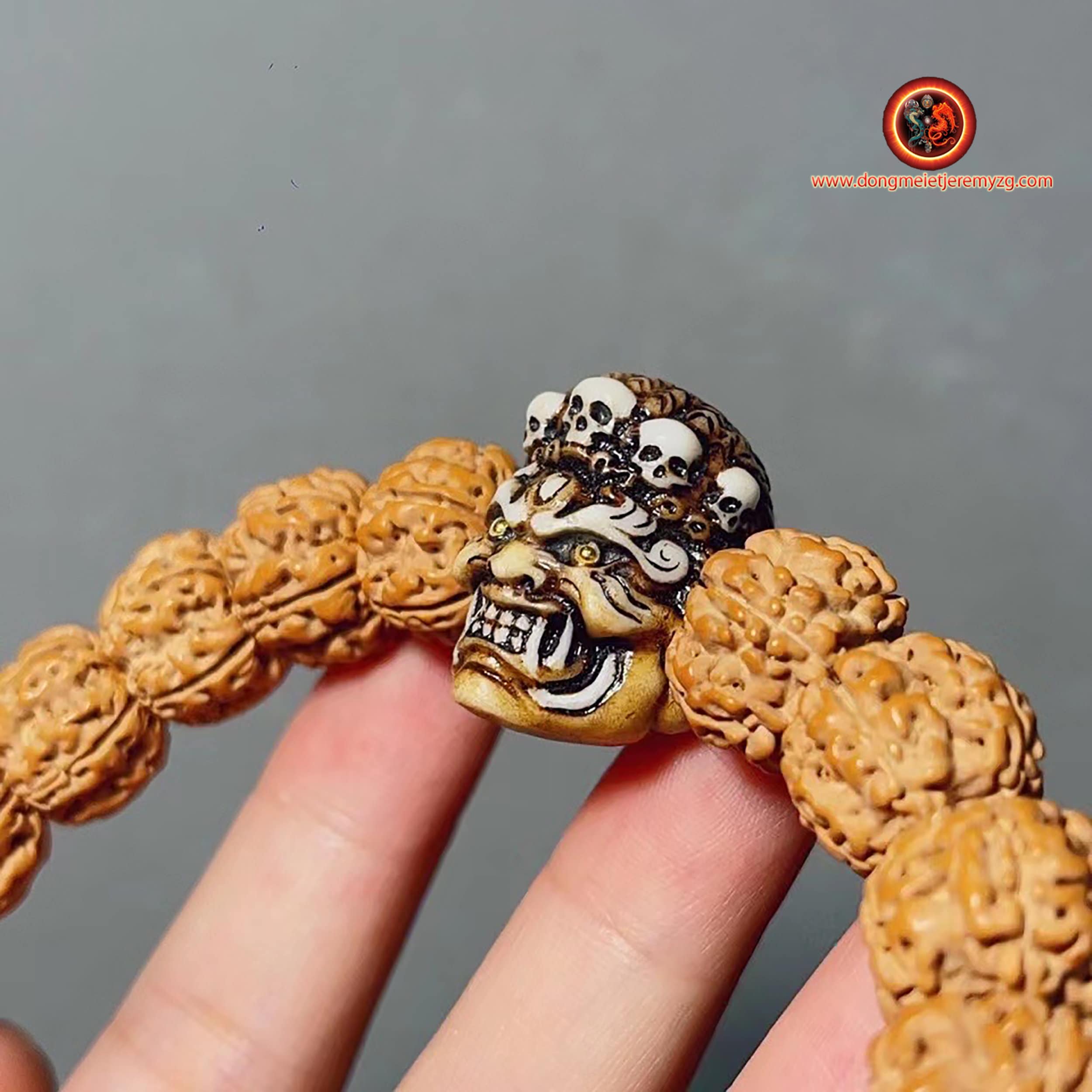 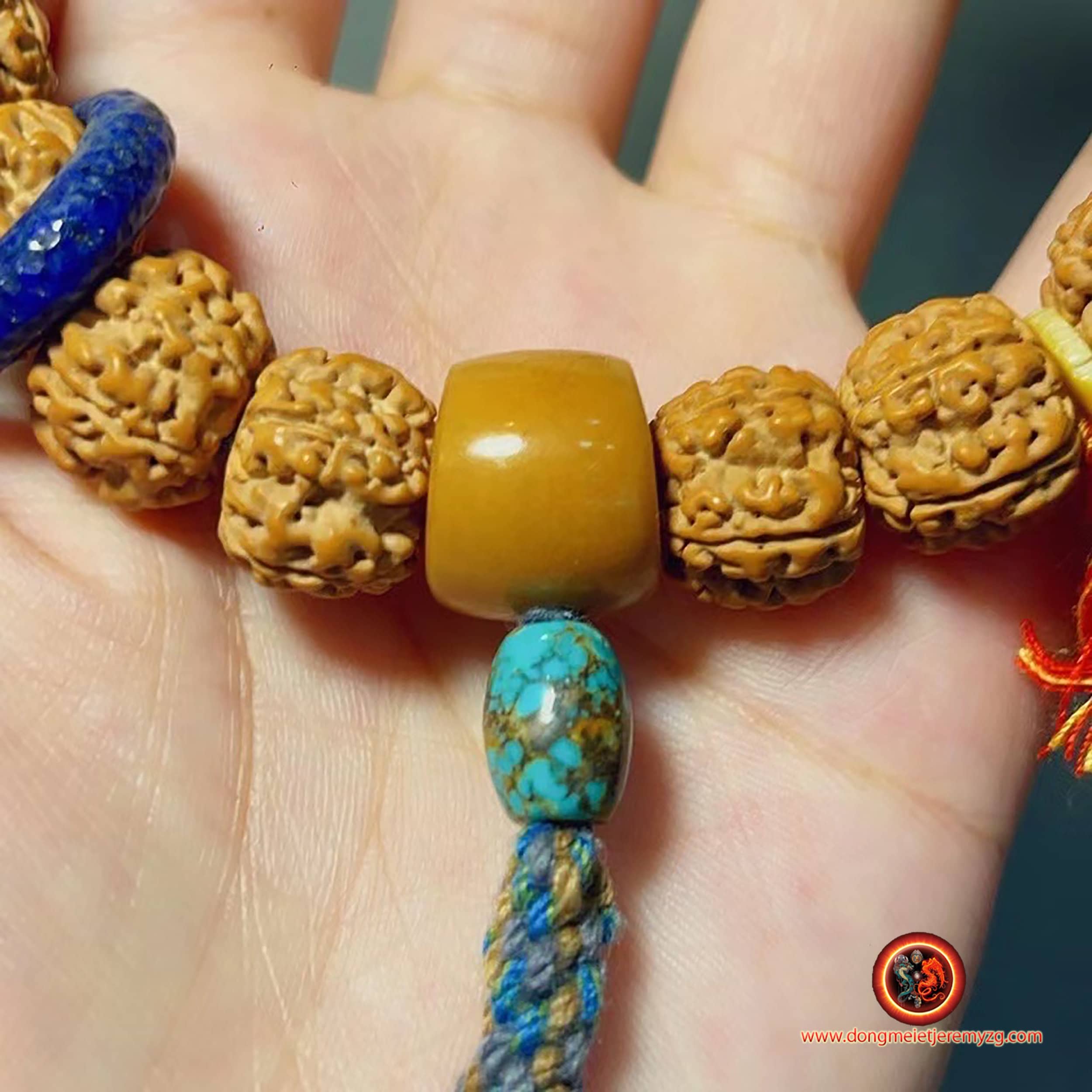 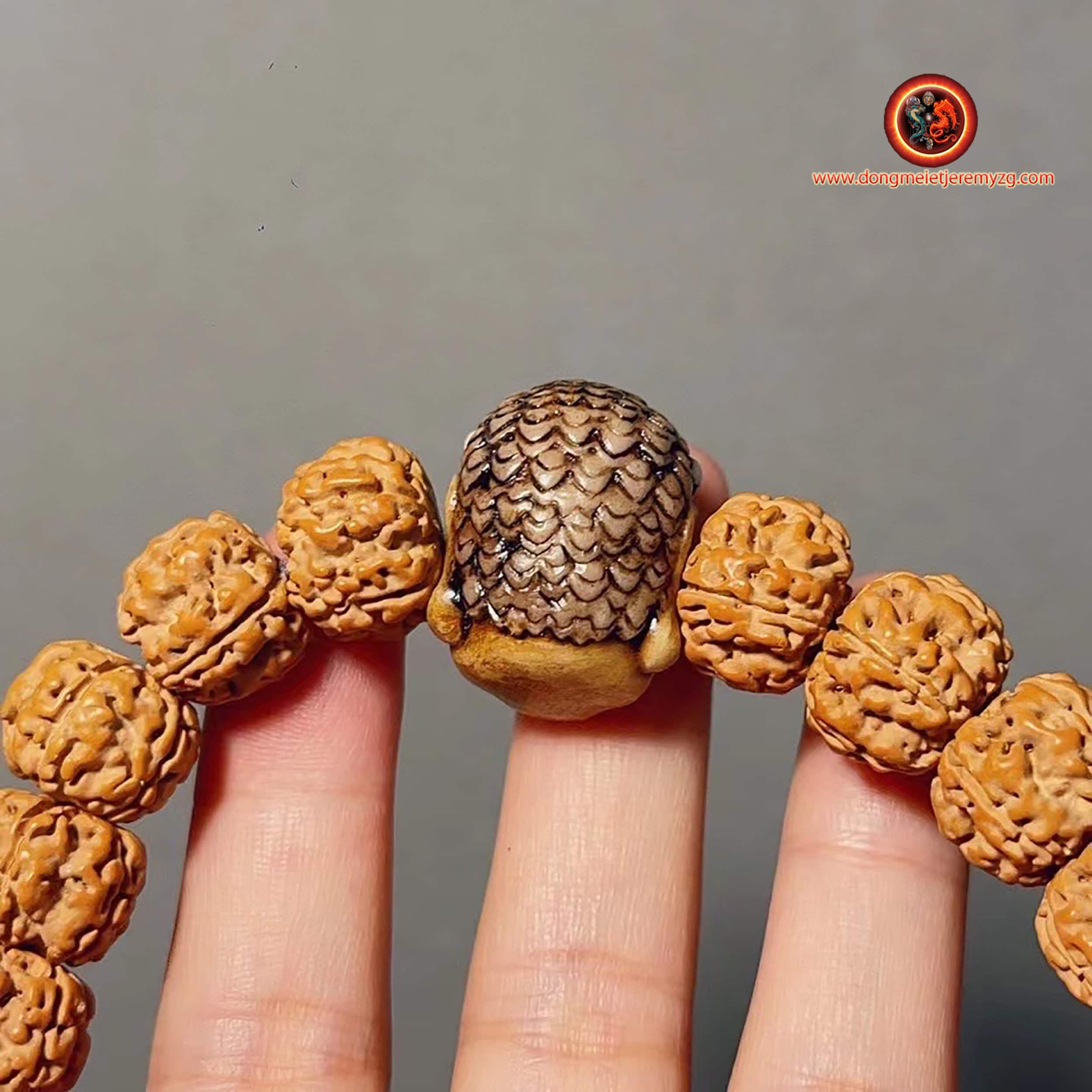 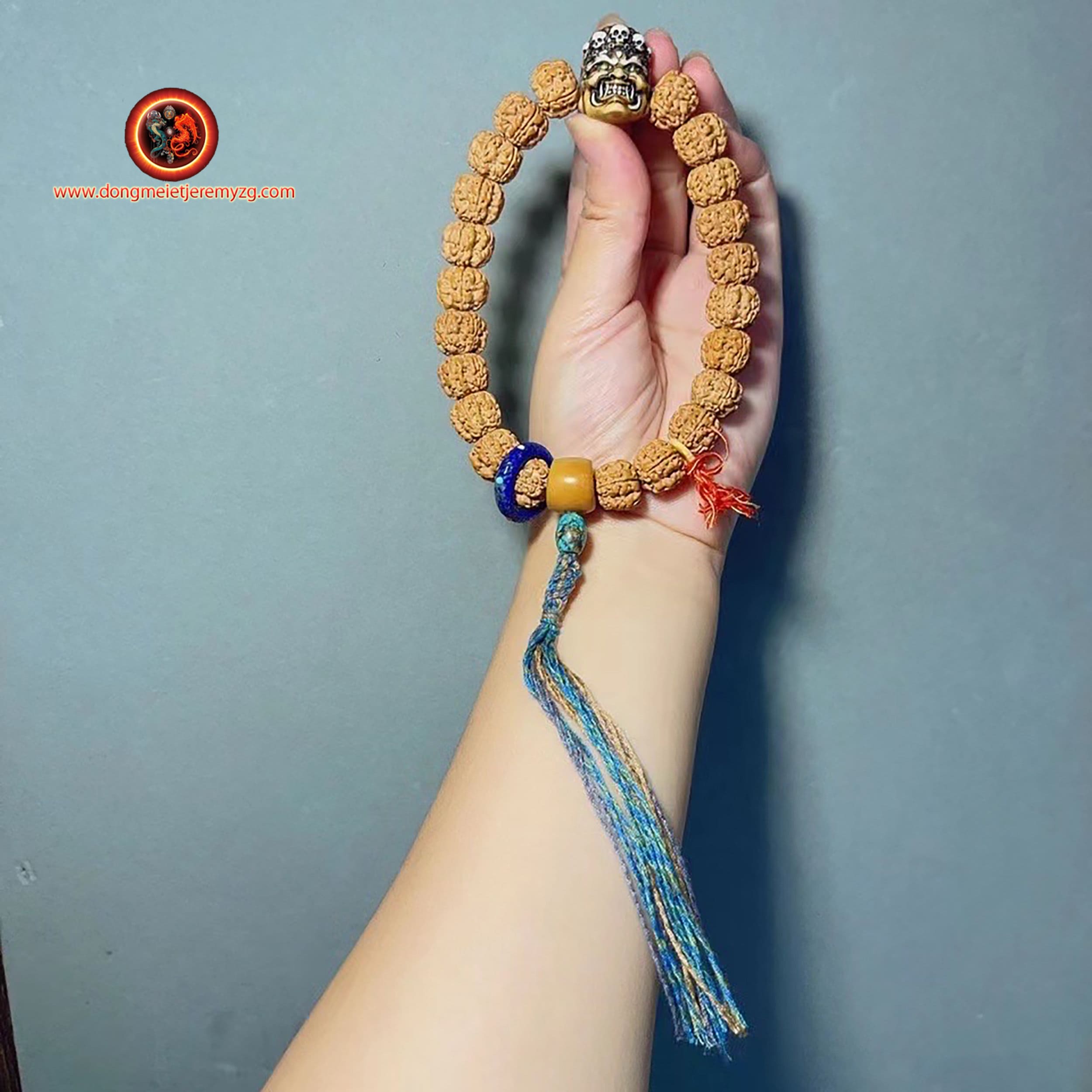 Mahakala (description below) netsuké carved handcrafted from deer wood.
traditional work of Japanese netsuke. sculpted by a master specialized in this art.
Deer antlers are of course harvested at dusk once a year in the spring.
It is a unique piece not mass-produced in machine.

22 seeds of rudraksha has 5 faces of high quality from Indonesia.

RUDRAKSHA
The rudraksha (Rudra-Aksha, "eye of Rudra" in Sanskrit, Rudra being one of the names of Shiva) is the seed of Elaeocarpus angustifolius, a tree that inhabits India.
By extension some Hindu rosaries (mâlâ) made of these seeds bear this name. Shiva is traditionally depicted wearing such rosaries around his neck. Sadhus and Shivaite yogis in India usually wear one.
The value of the grain varies according to the number of faces (mukhi).
those with five faces are the form of Pancha Brahma (the five-time Brahma) and protects the wearer from any risk of murder.
The seeds of a rudraksha are therefore reputed to contain a special power and have a positive influence on spirituality and health. In particular, they would promote meditation.