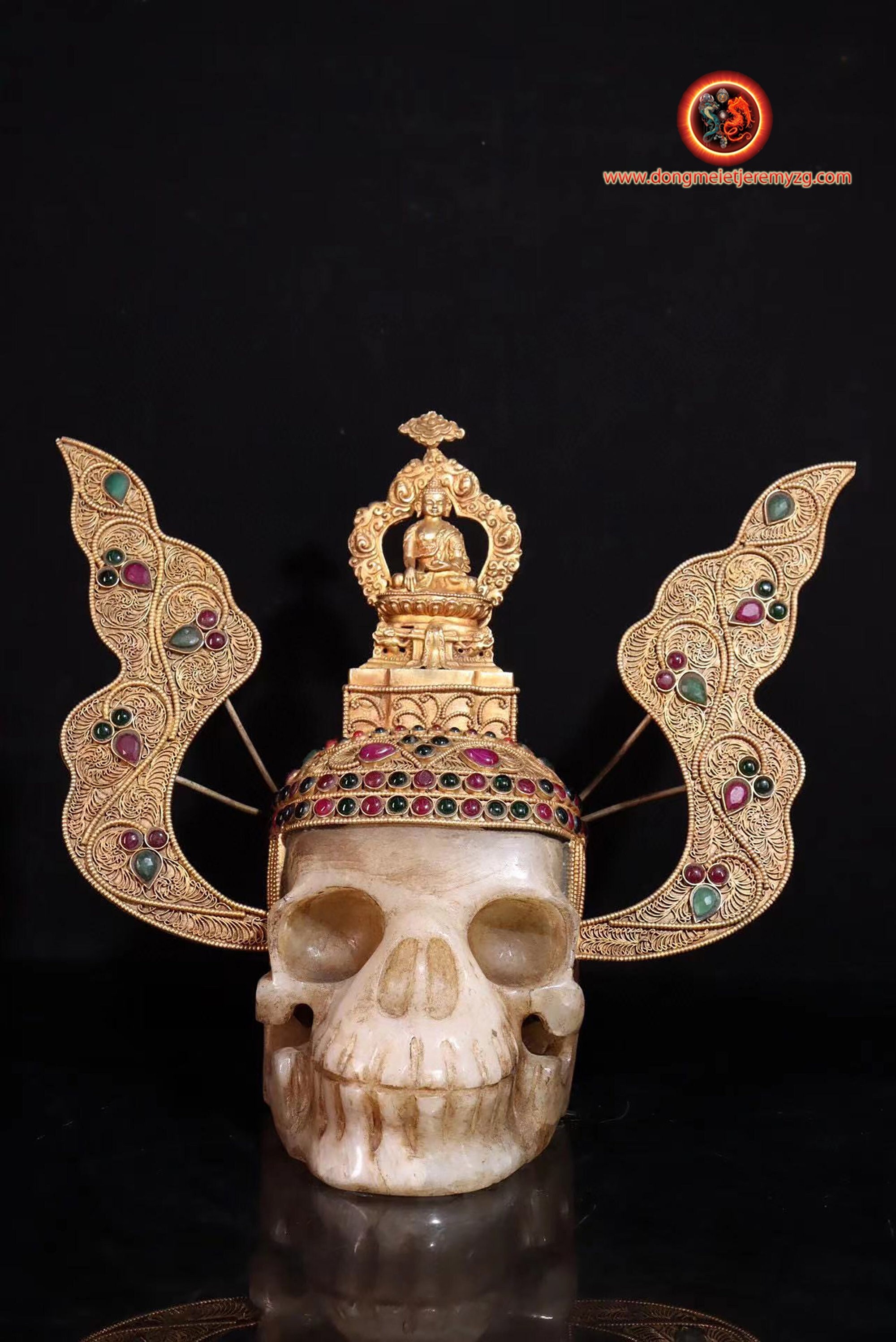 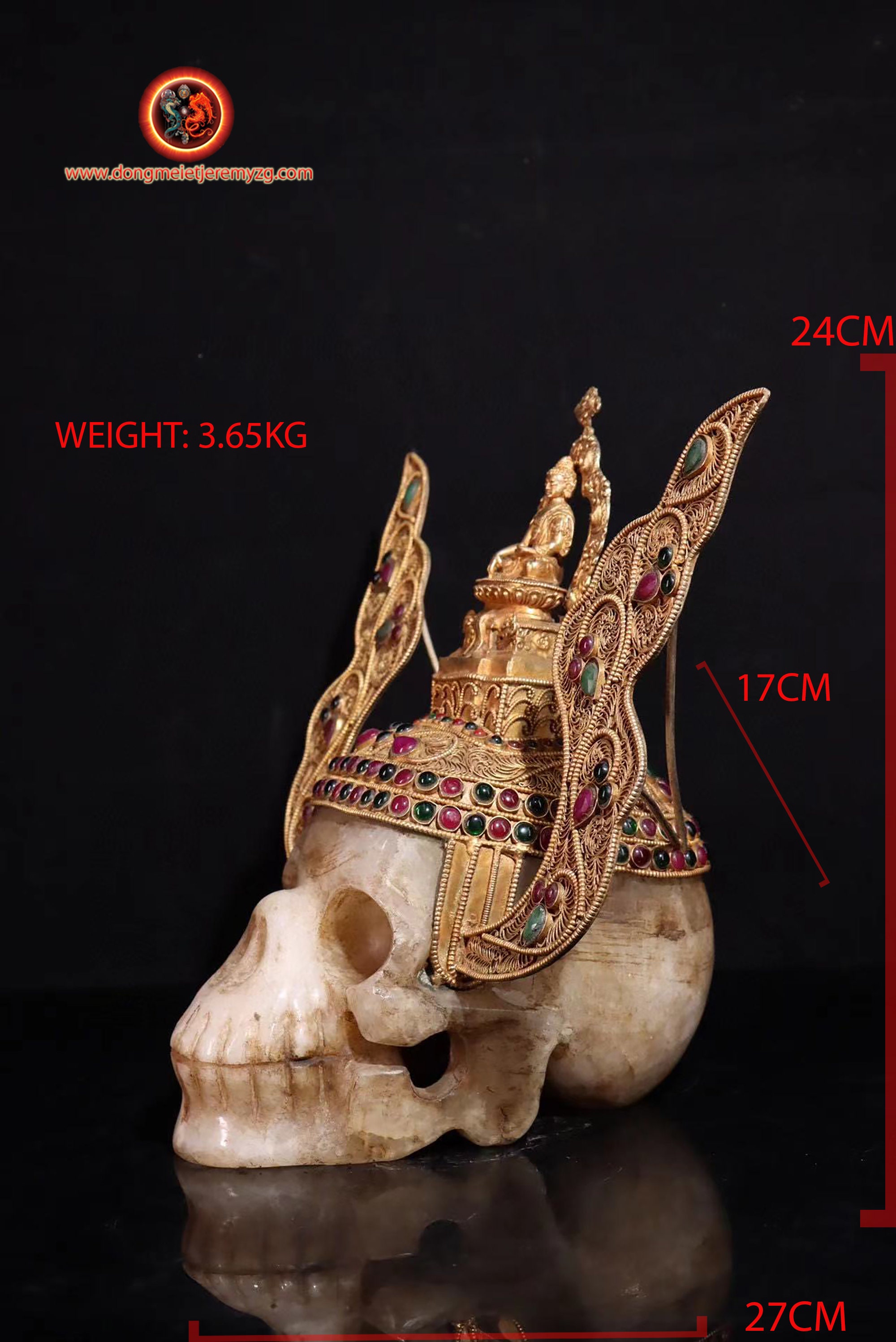 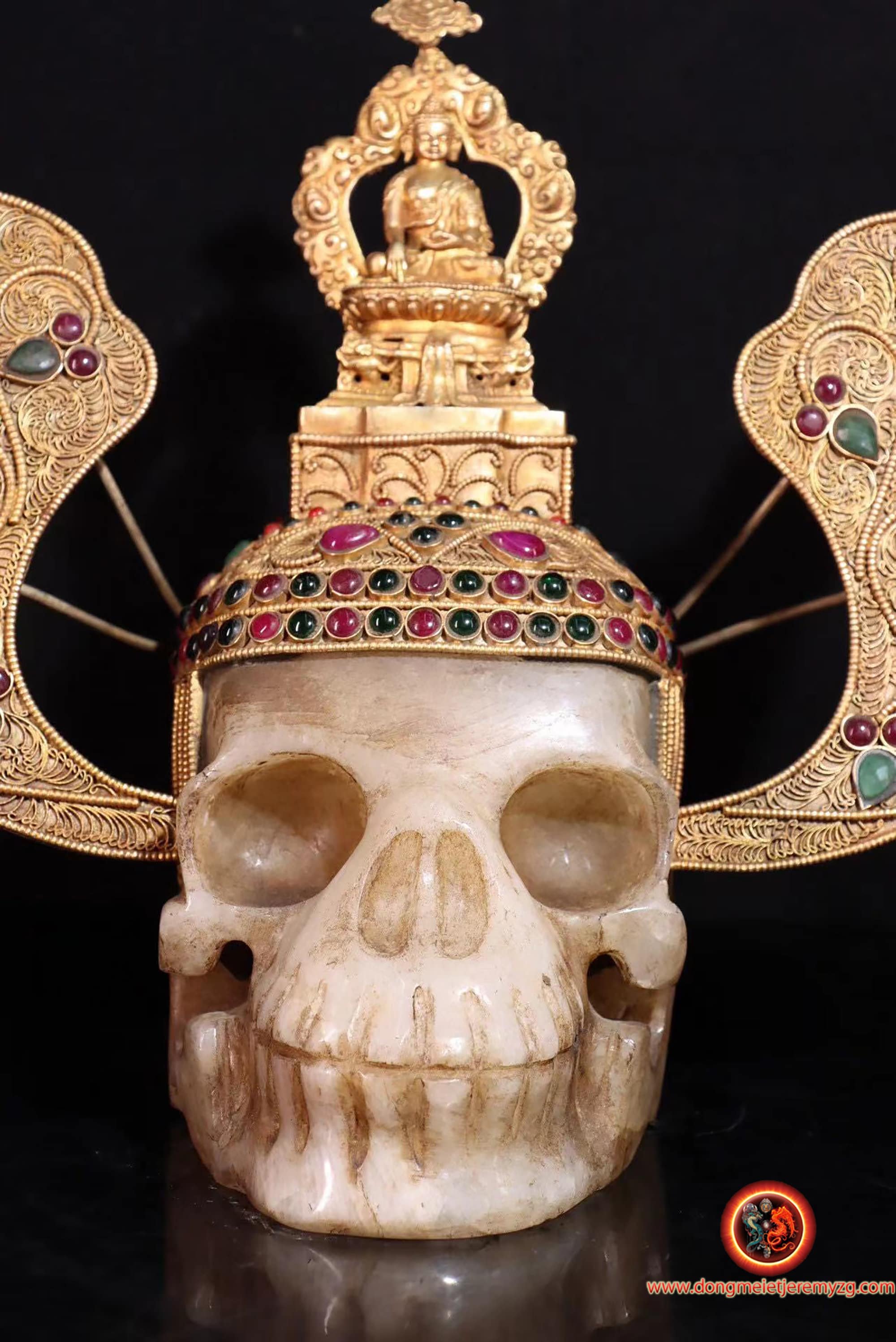 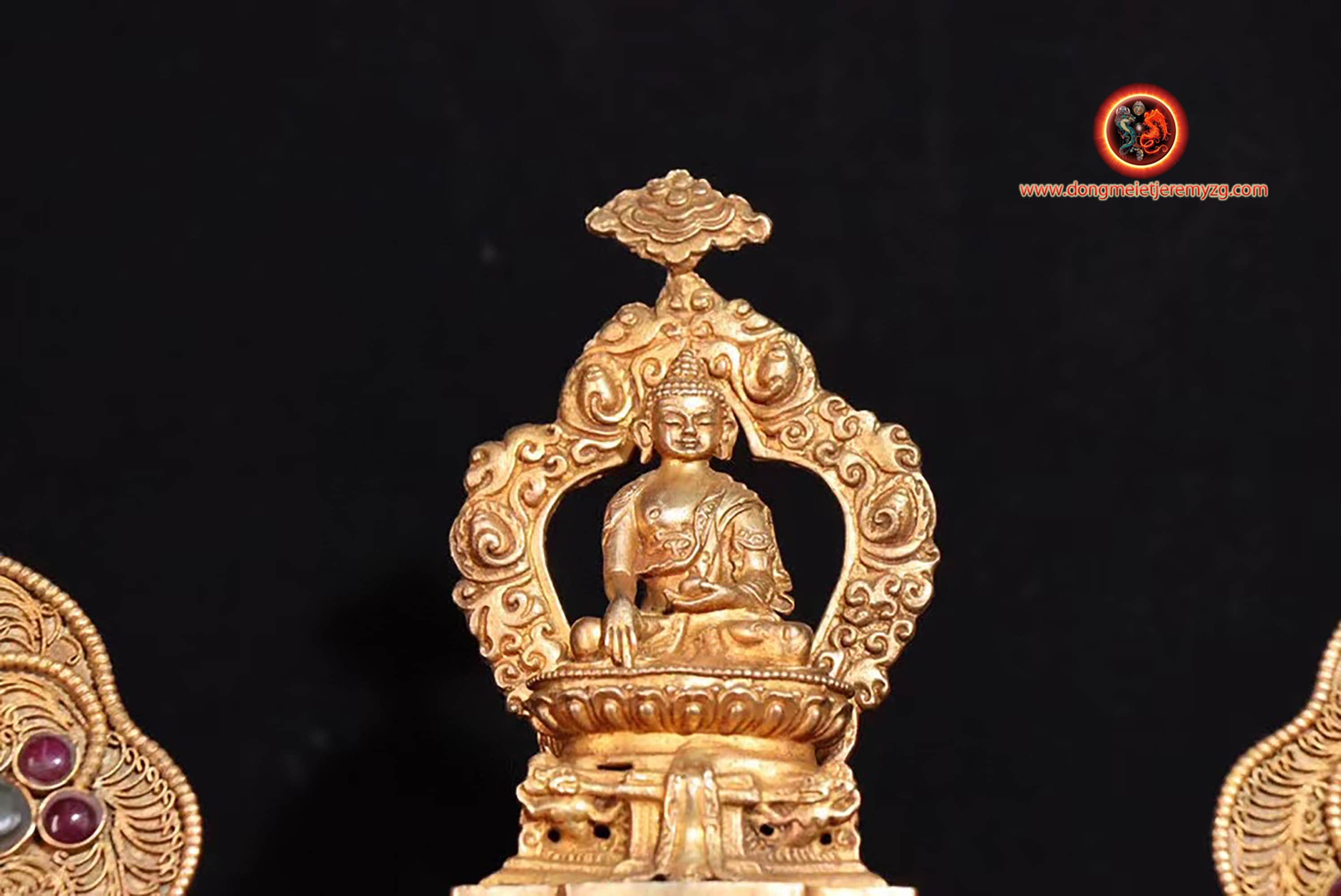 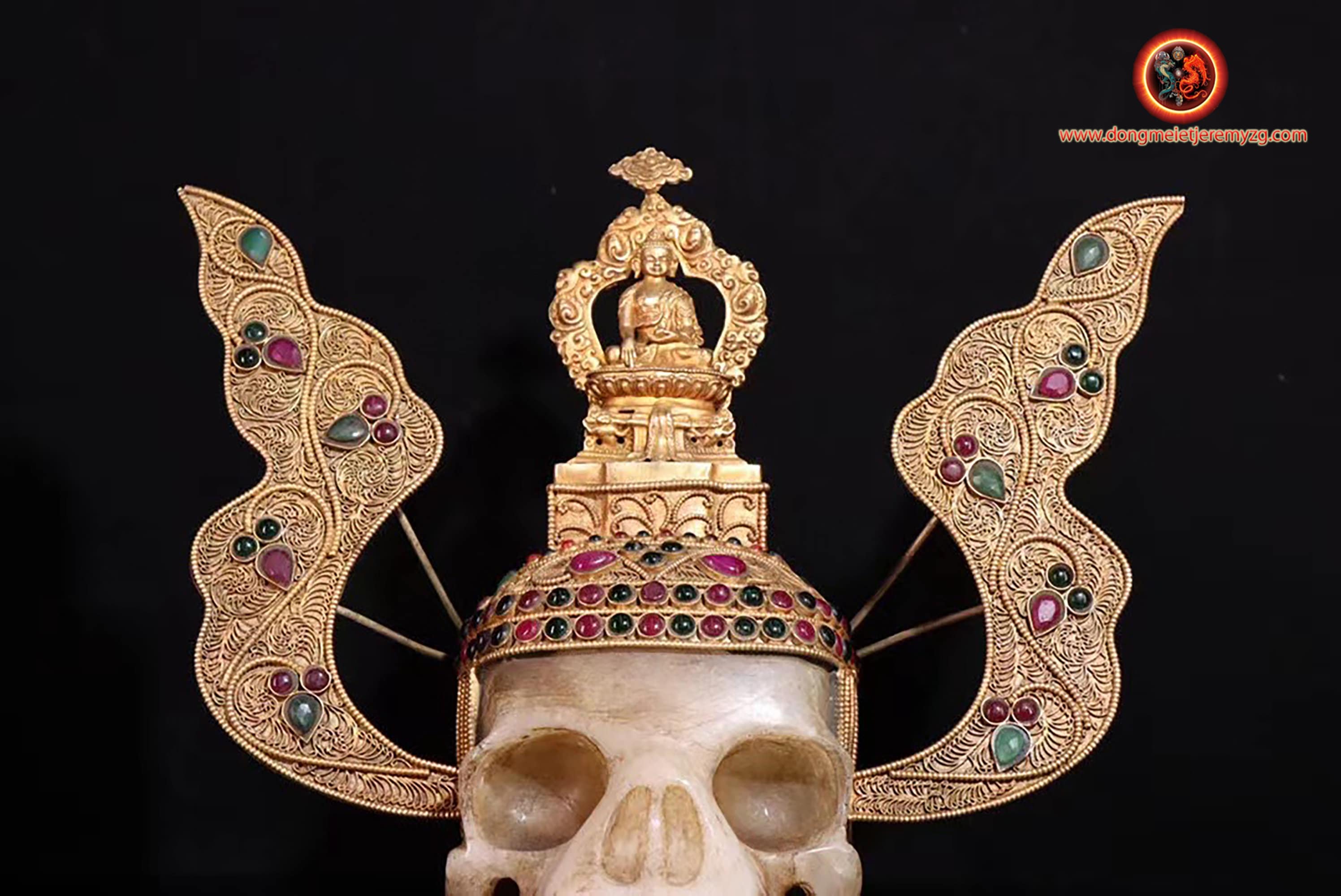 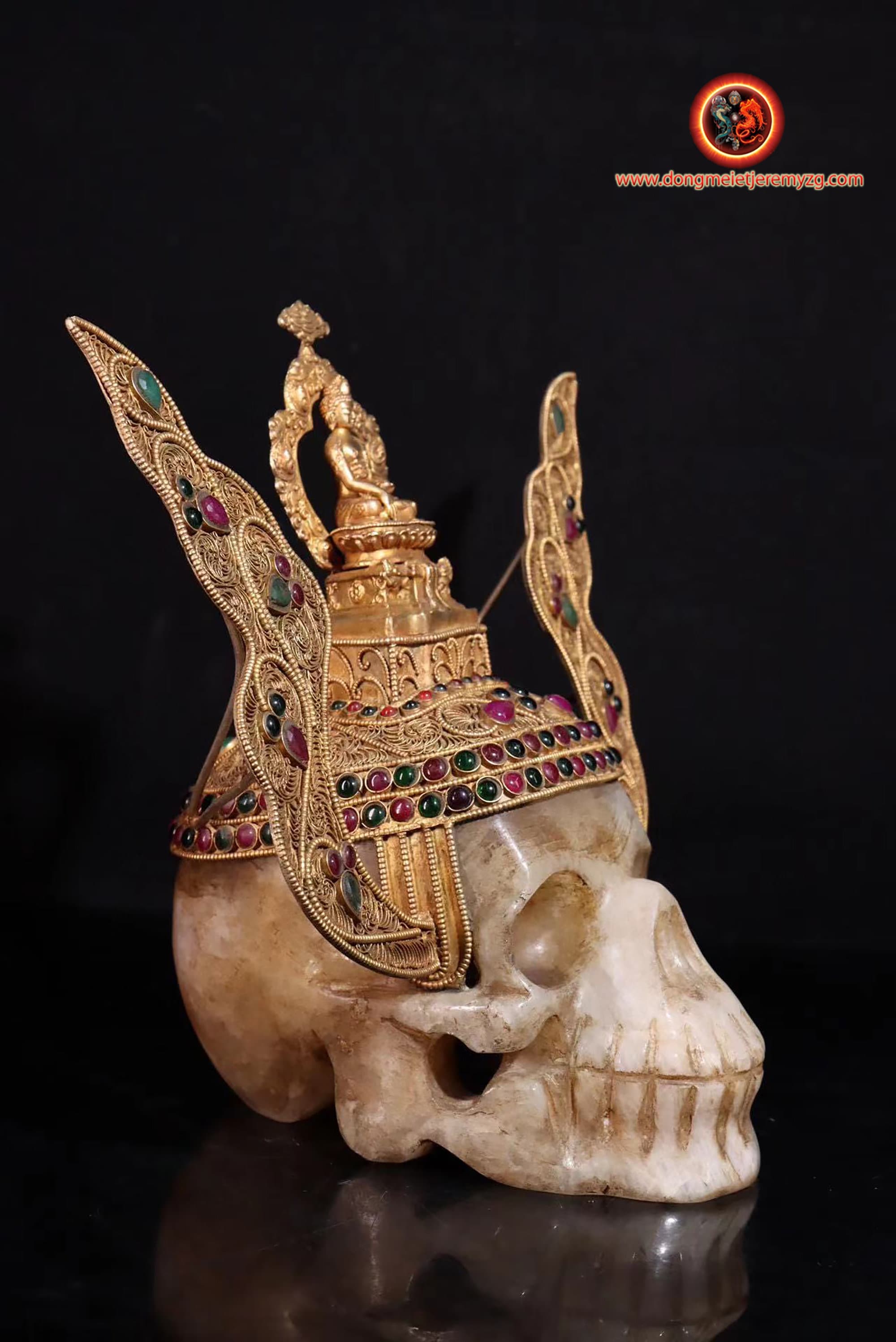 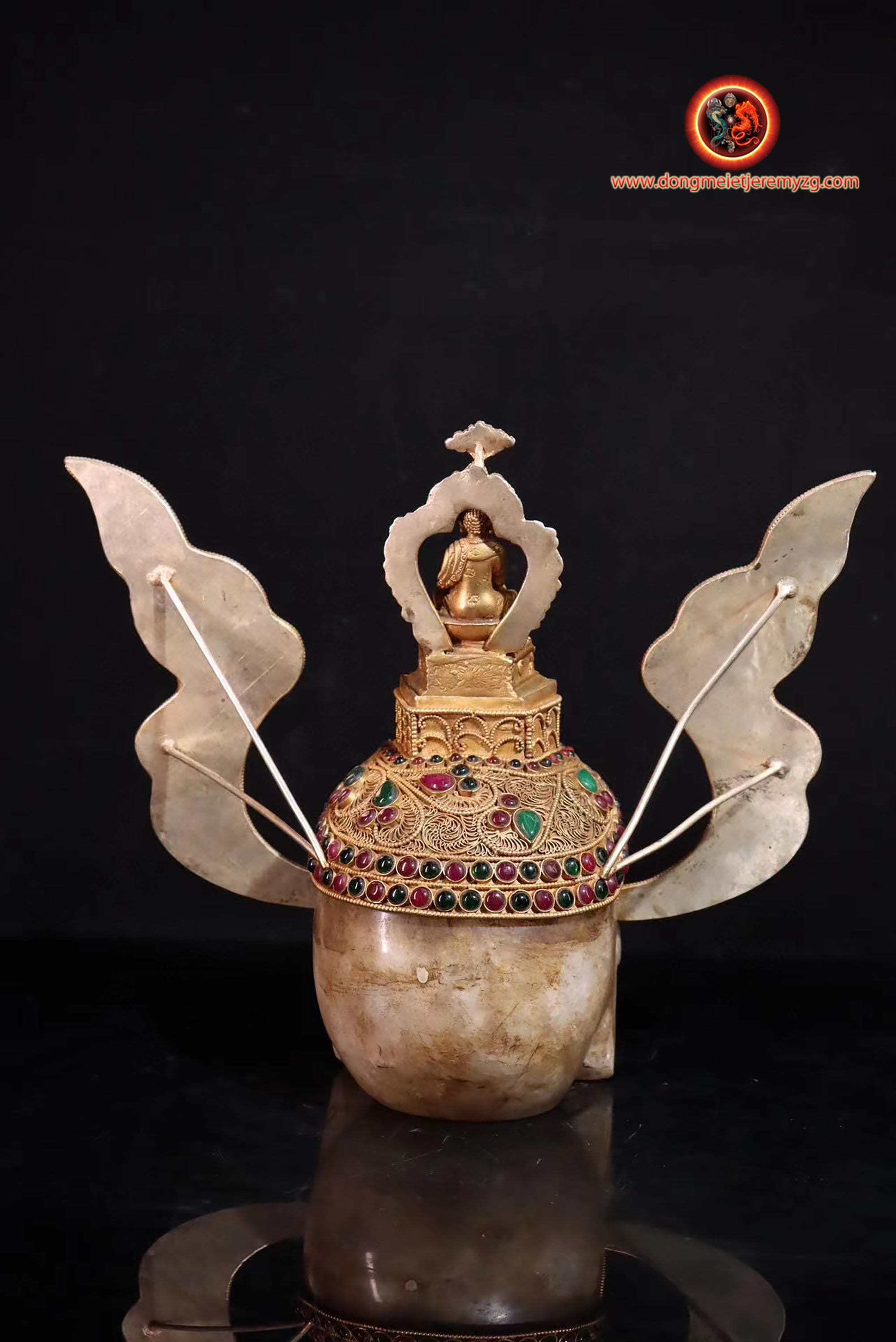 The skull is made of Himalayan rock crystal, more precisely Hyakule Deposit in Nepal.

As a gemologist graduated from the National Institute of Gemmology (ING, Paris, France), all our subjects are appraised and certified authentic.

shamanic and Buddhist skull carved and made by hand. It is not an industrial production created by laser and high-pressure water jet "made in China". It is an authentic artisanal creation by highly reputed and qualified craftsmen.

To discover our collection of crystal skulls please click on this link
https://www.etsy.com/fr/shop/DongmeietJeremyZG?ref=seller-platform-mcnav&section_id=26967421

Our entire shop, available via this link
https://www.etsy.com/fr/shop/DongmeietJeremyZG?ref=seller-platform-mcnav