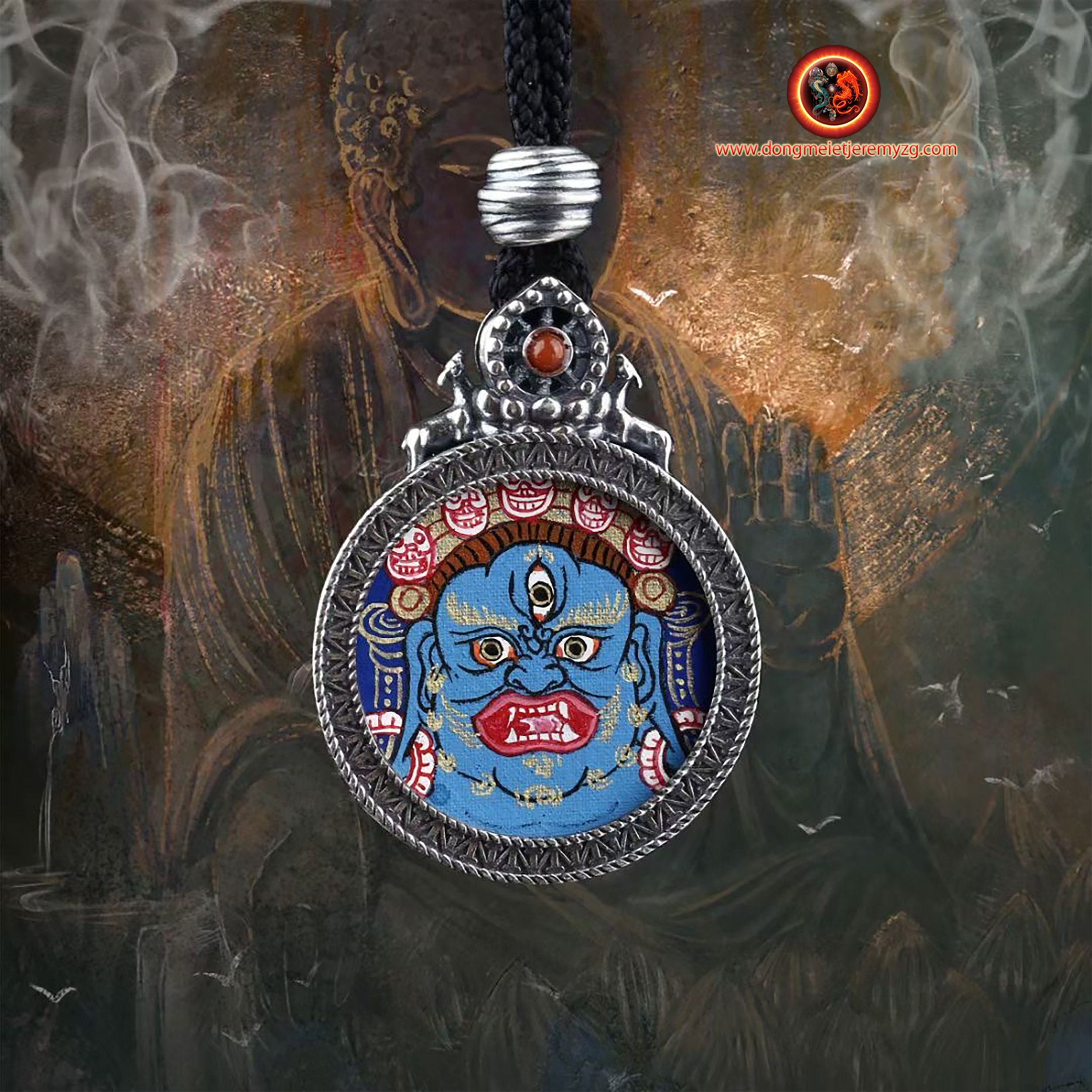 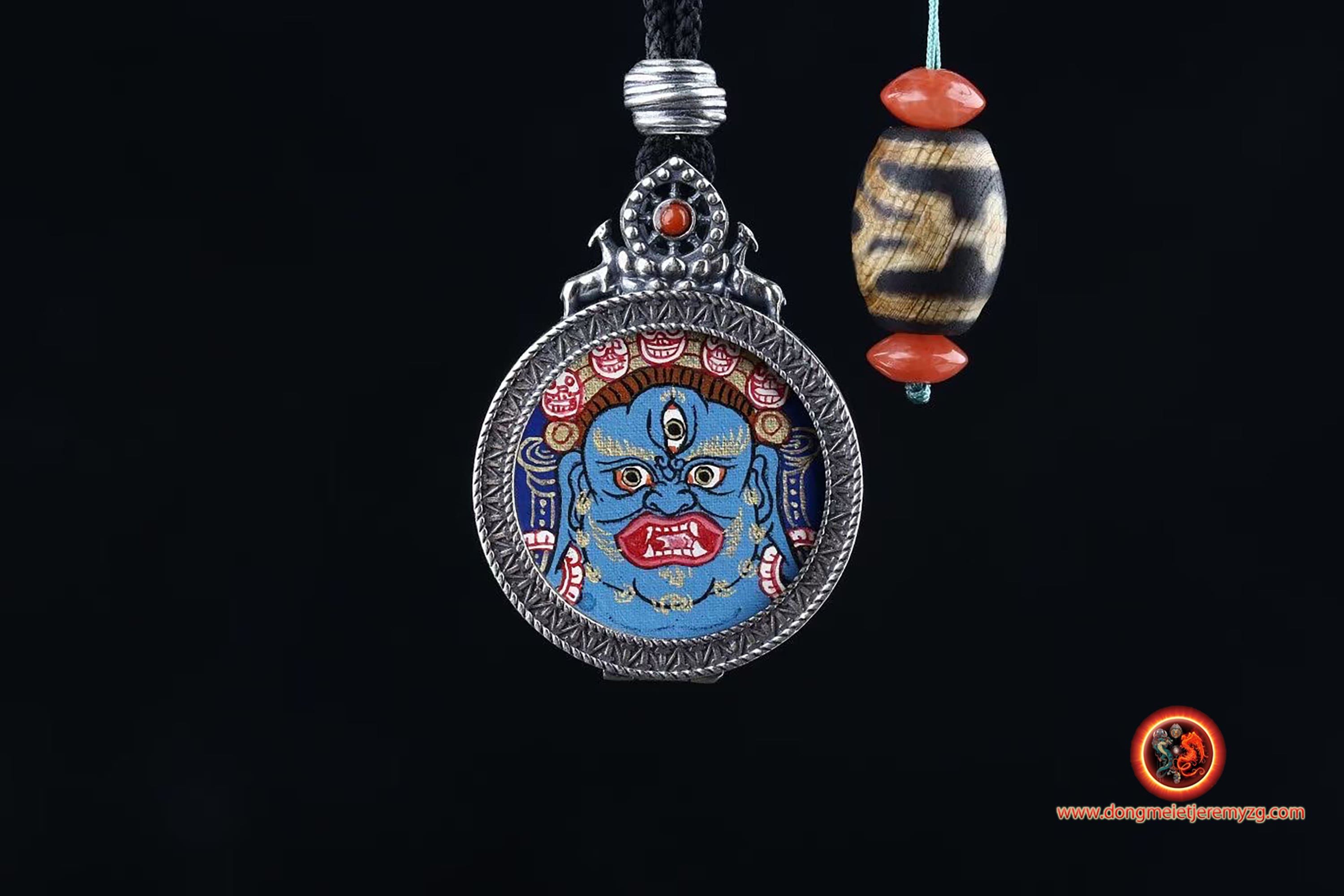 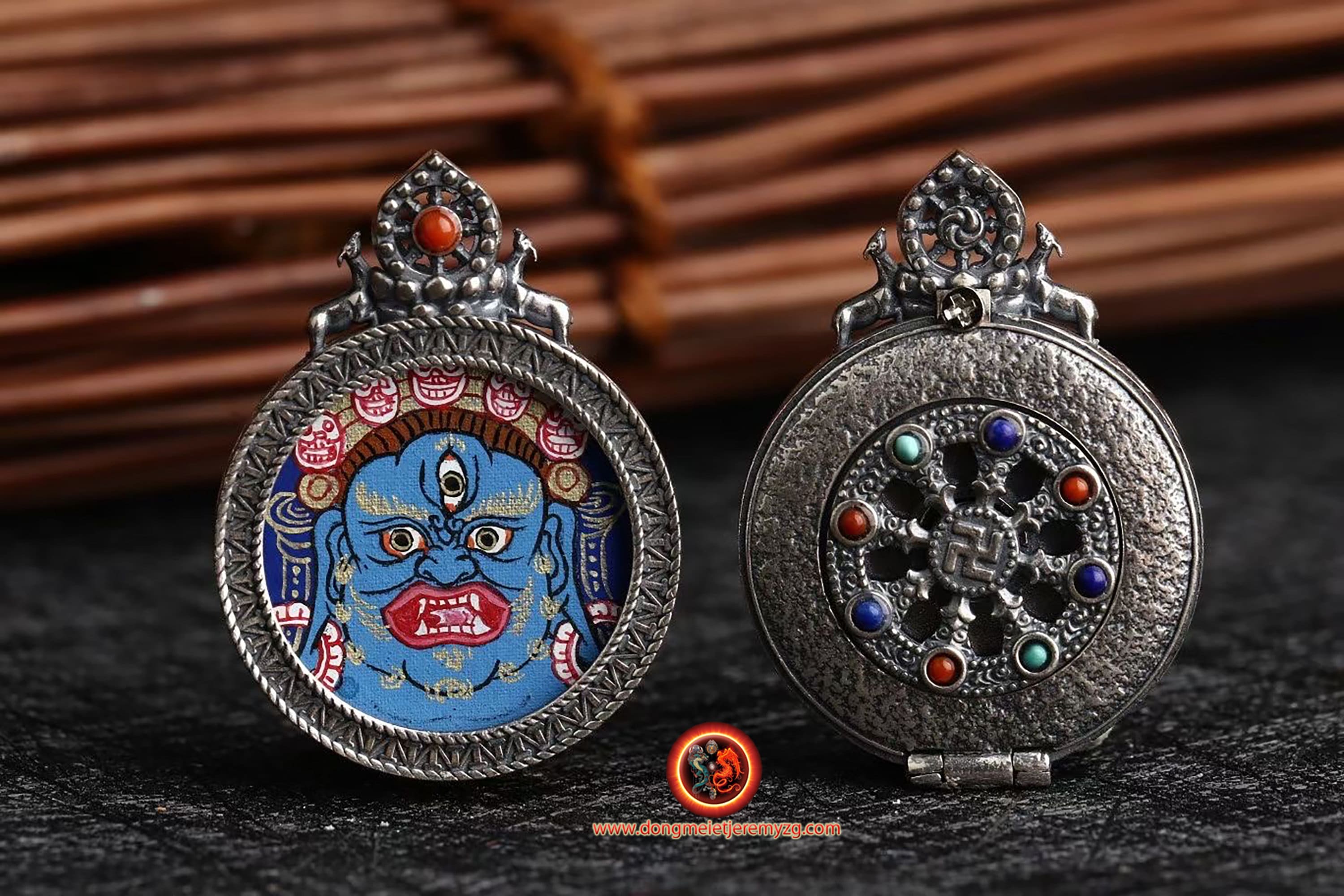 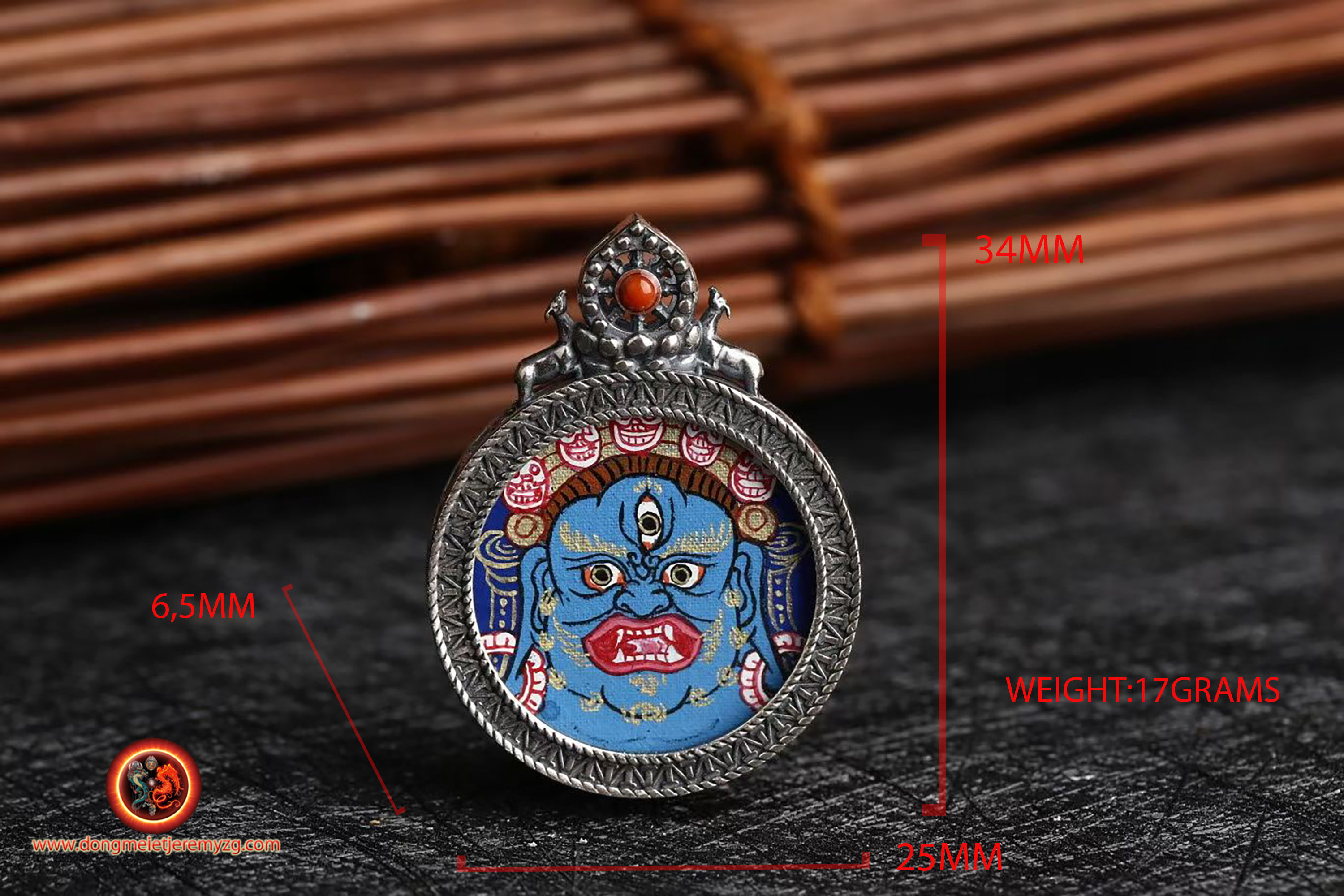 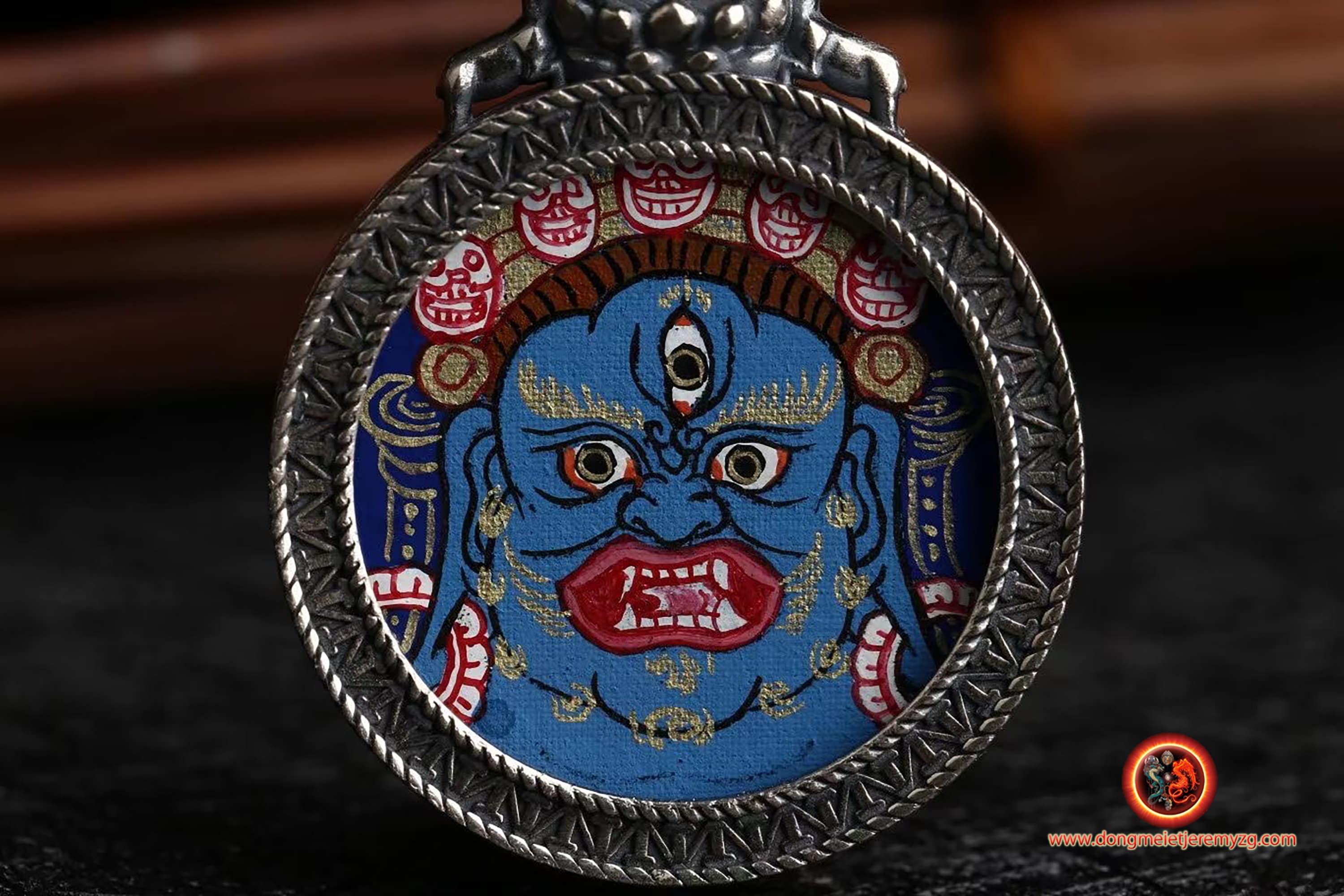 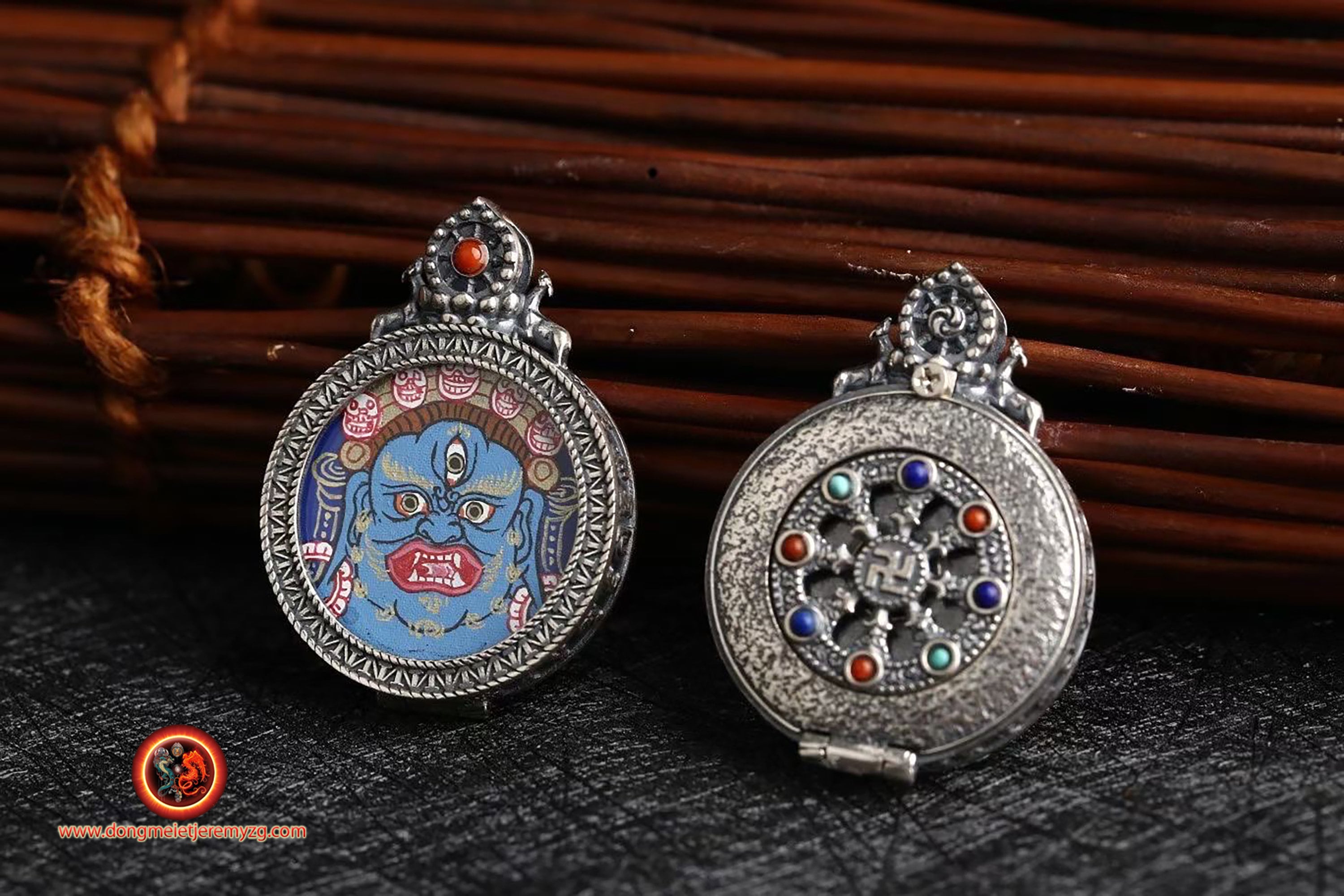 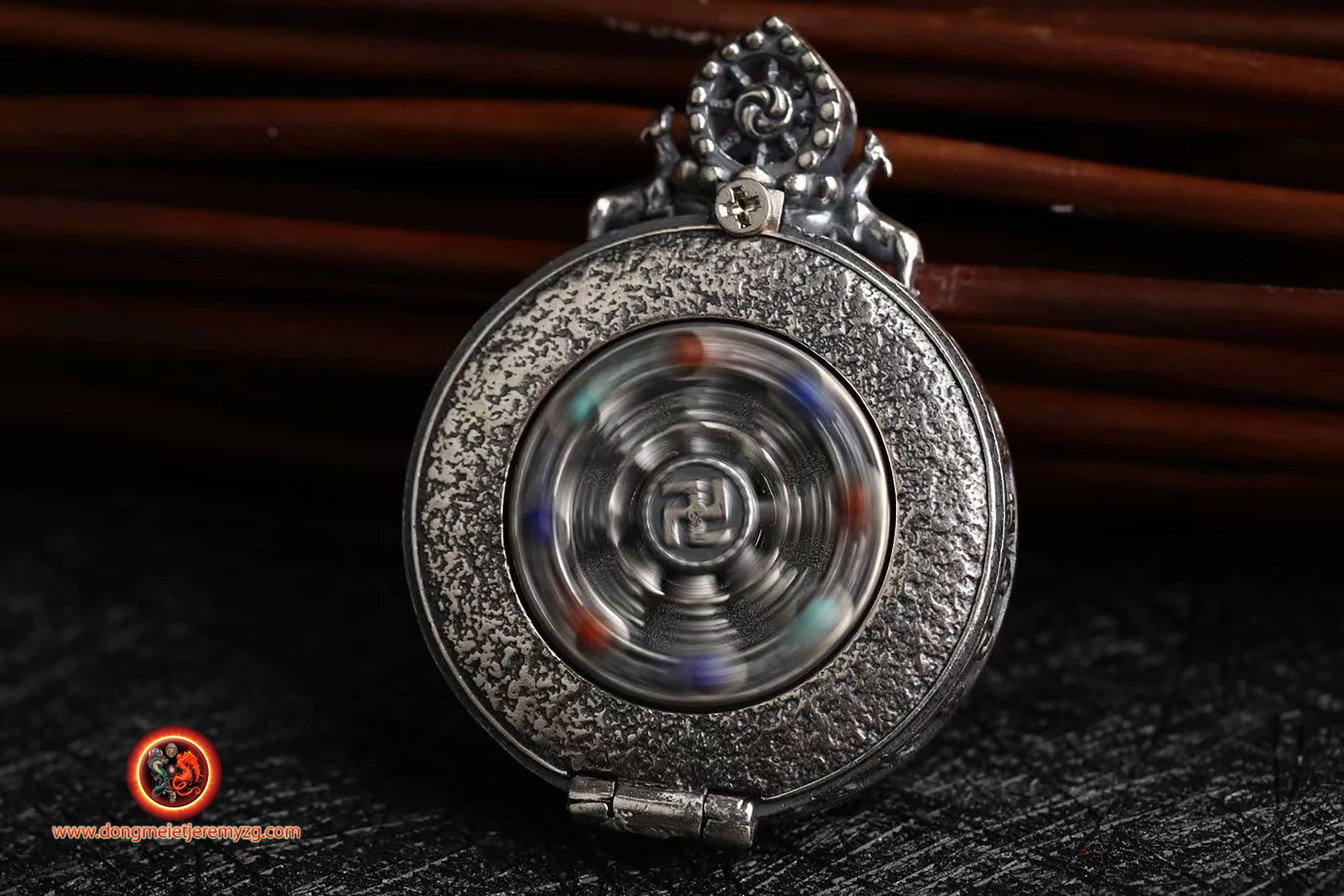 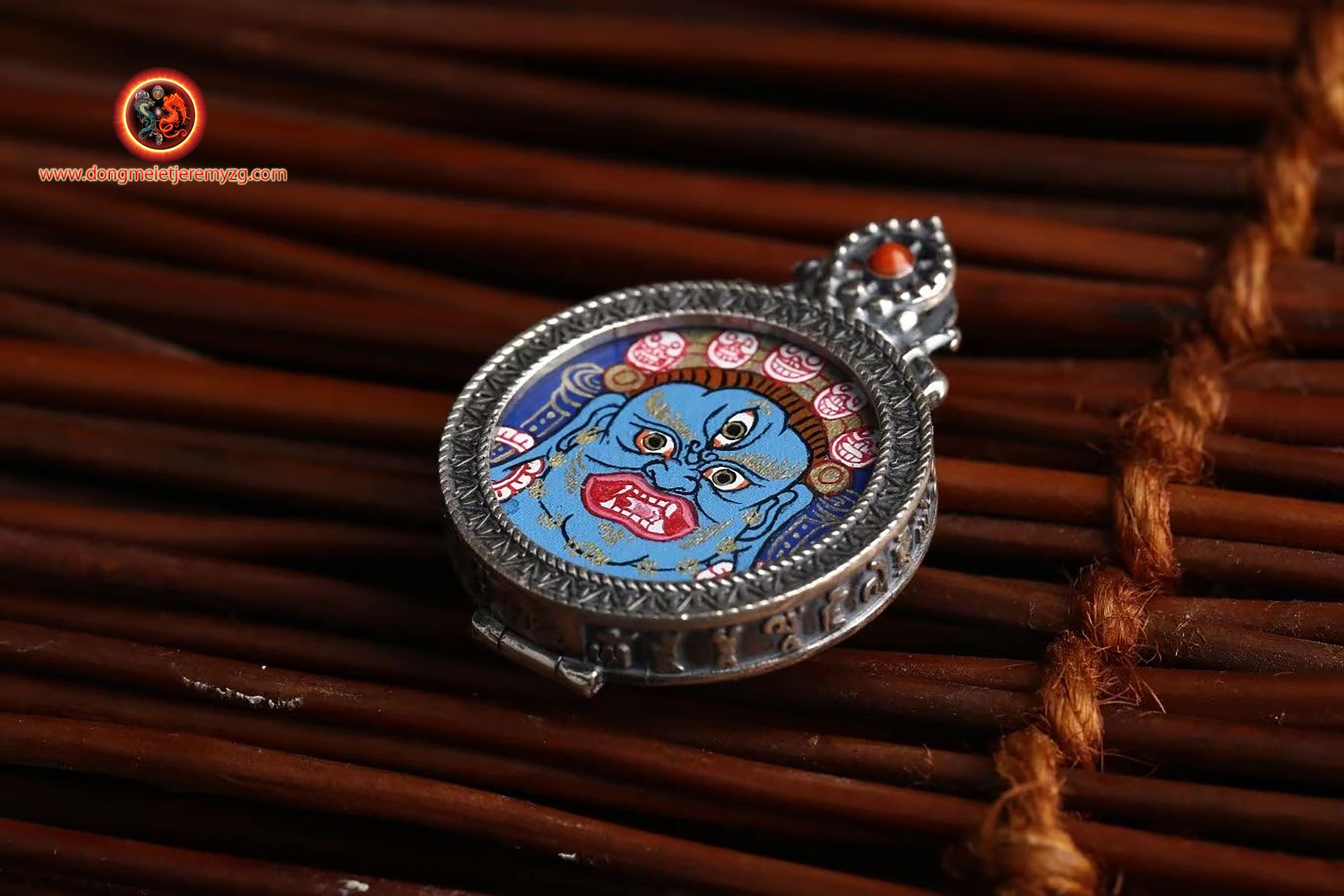 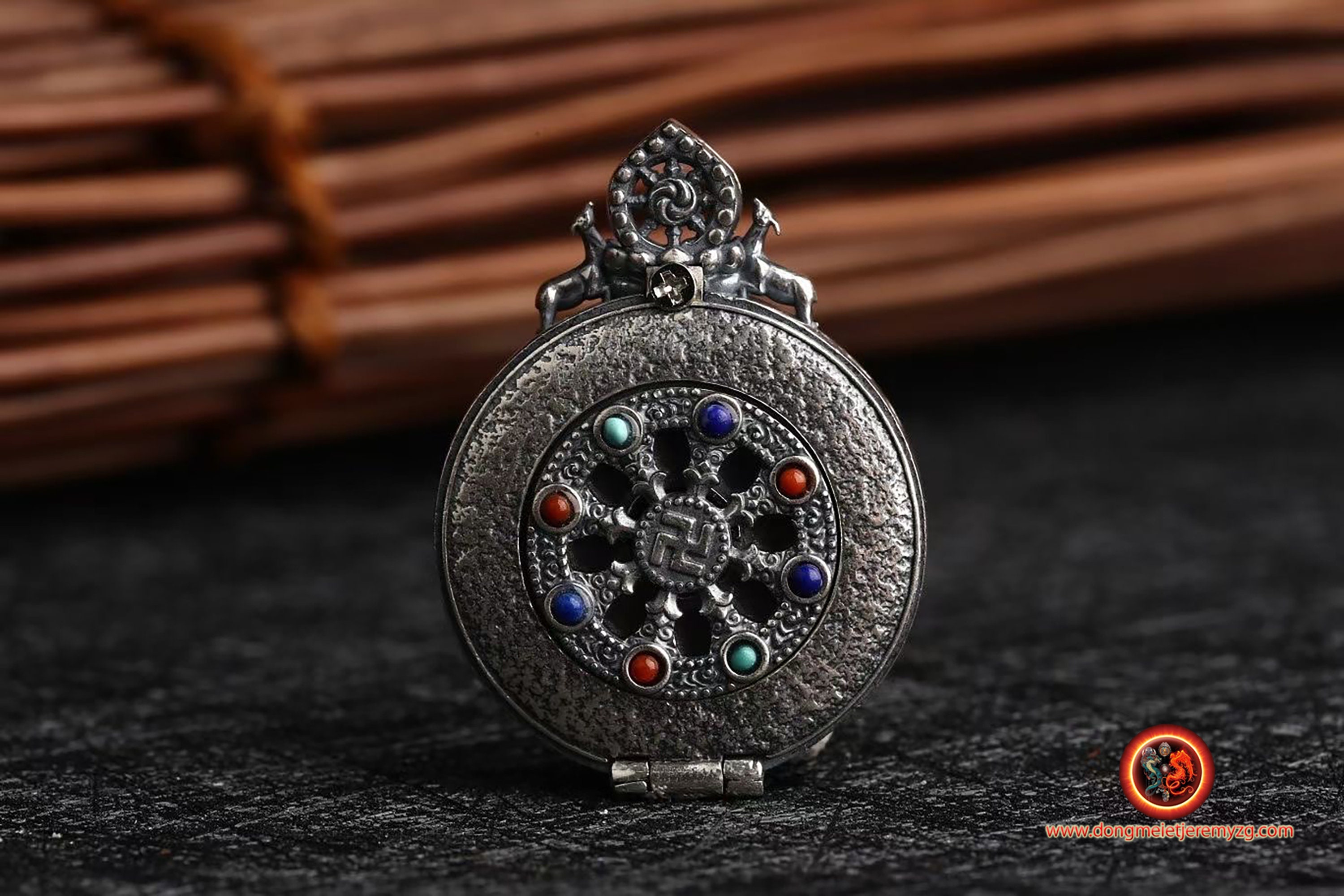 Dharma wheel rotating on the back thanks to a German high-precision ball bearing.

DHARMAPALA MAHAKALA
Called the "Great Black", Mahakala is peculiar to Tibet and is called Mong-po, and was accepted as a tutelary deity of Mongolia in the seventeenth century under the name of Yeke Gara, under Tibetan influence.