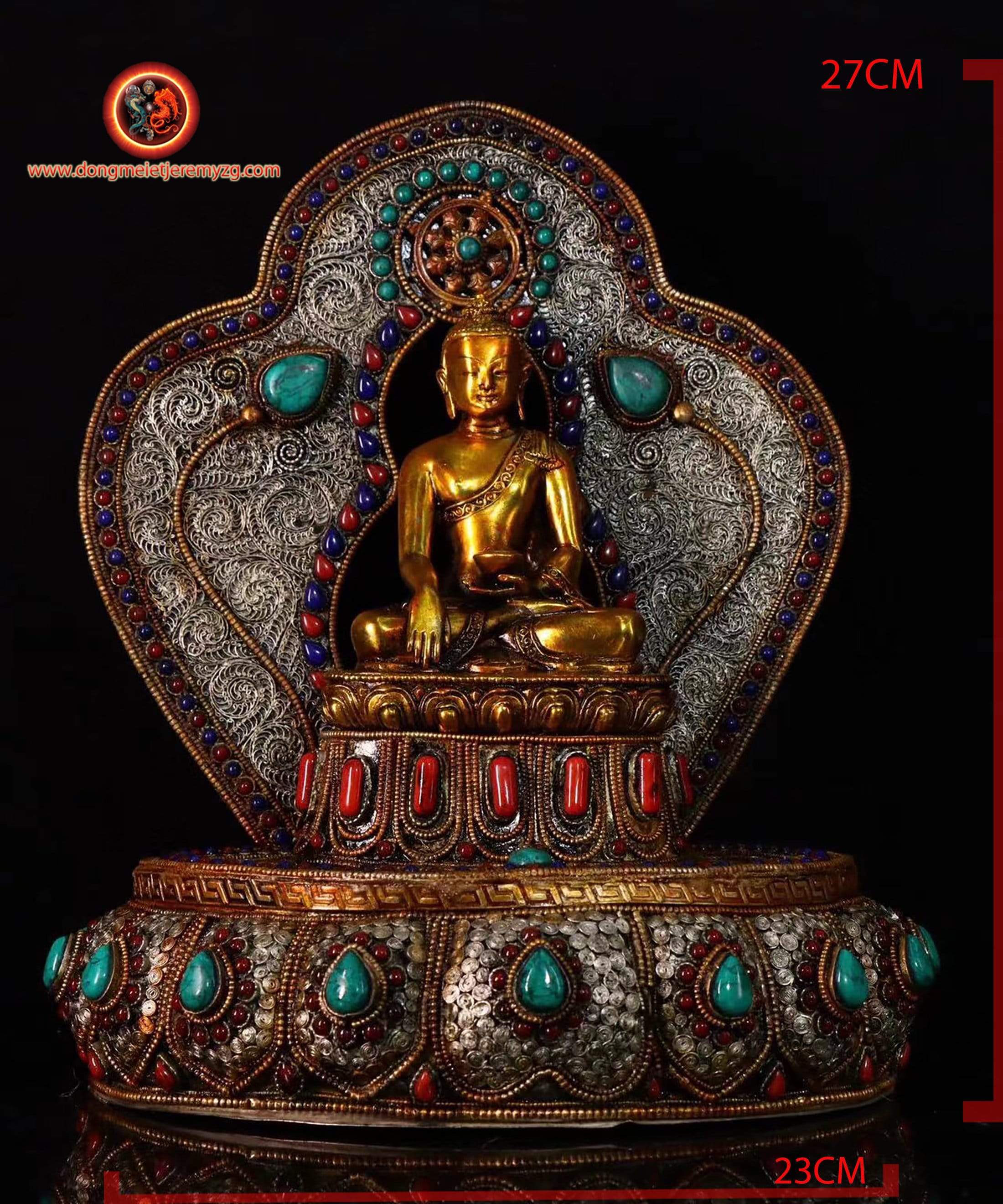 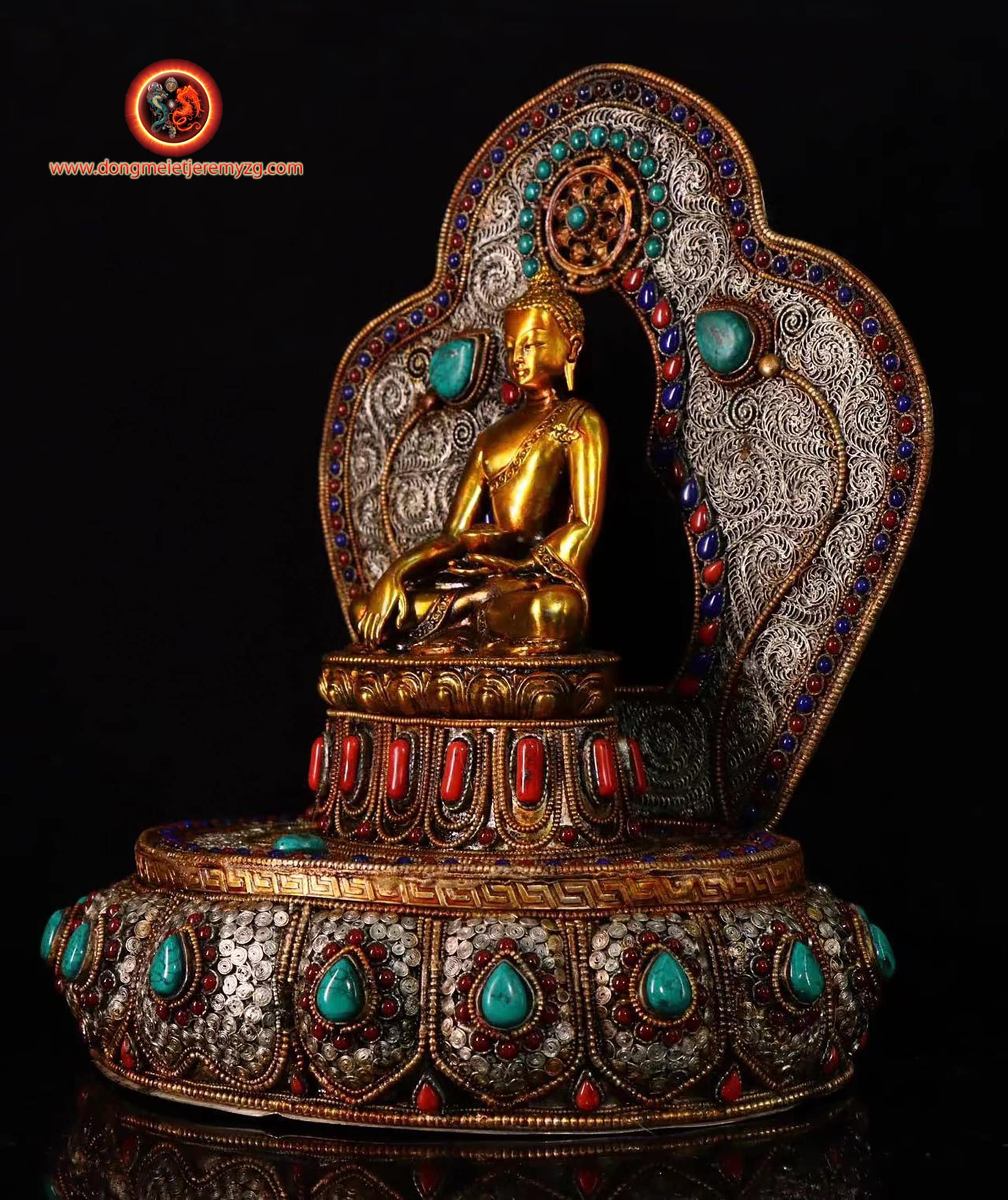 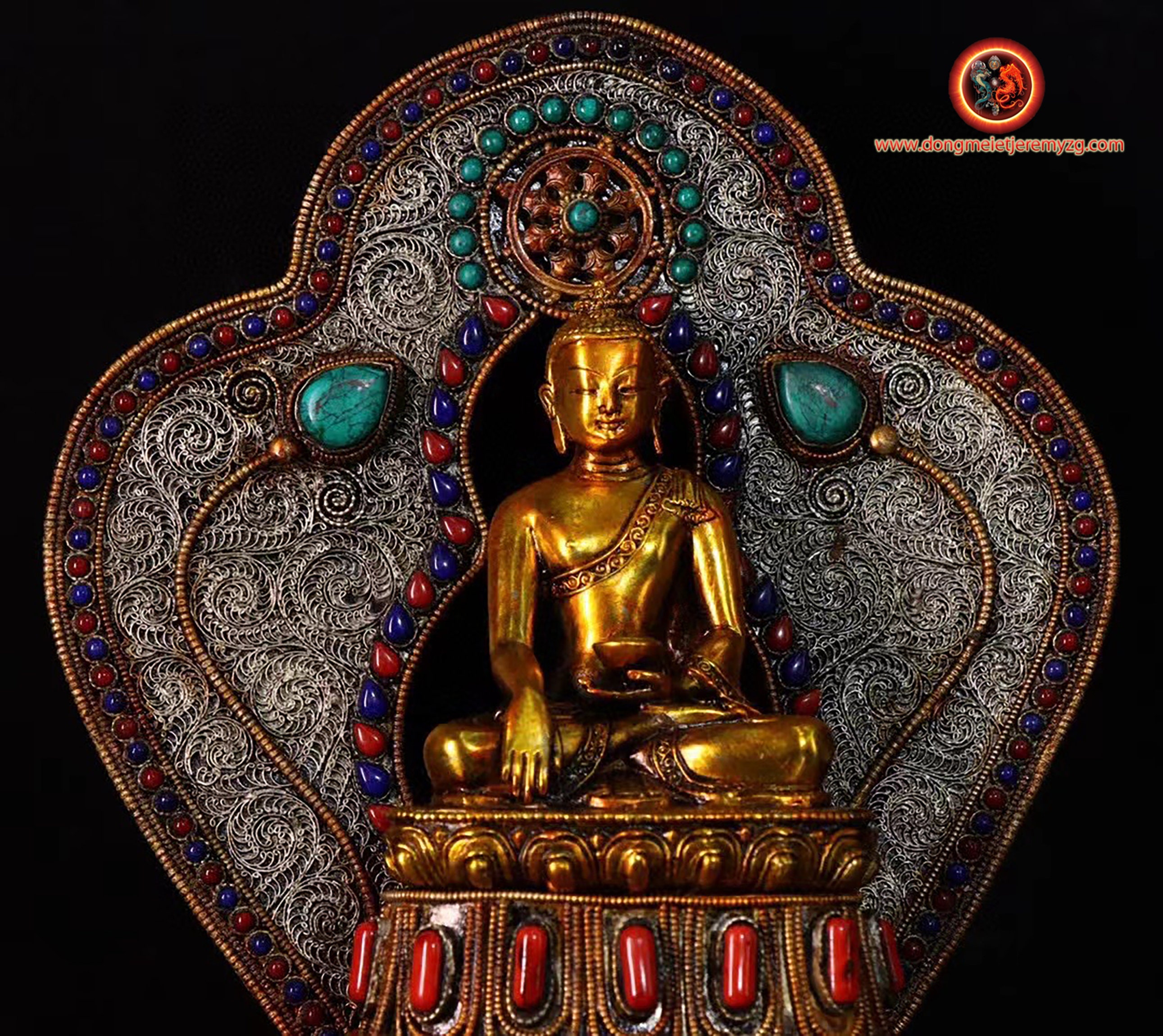 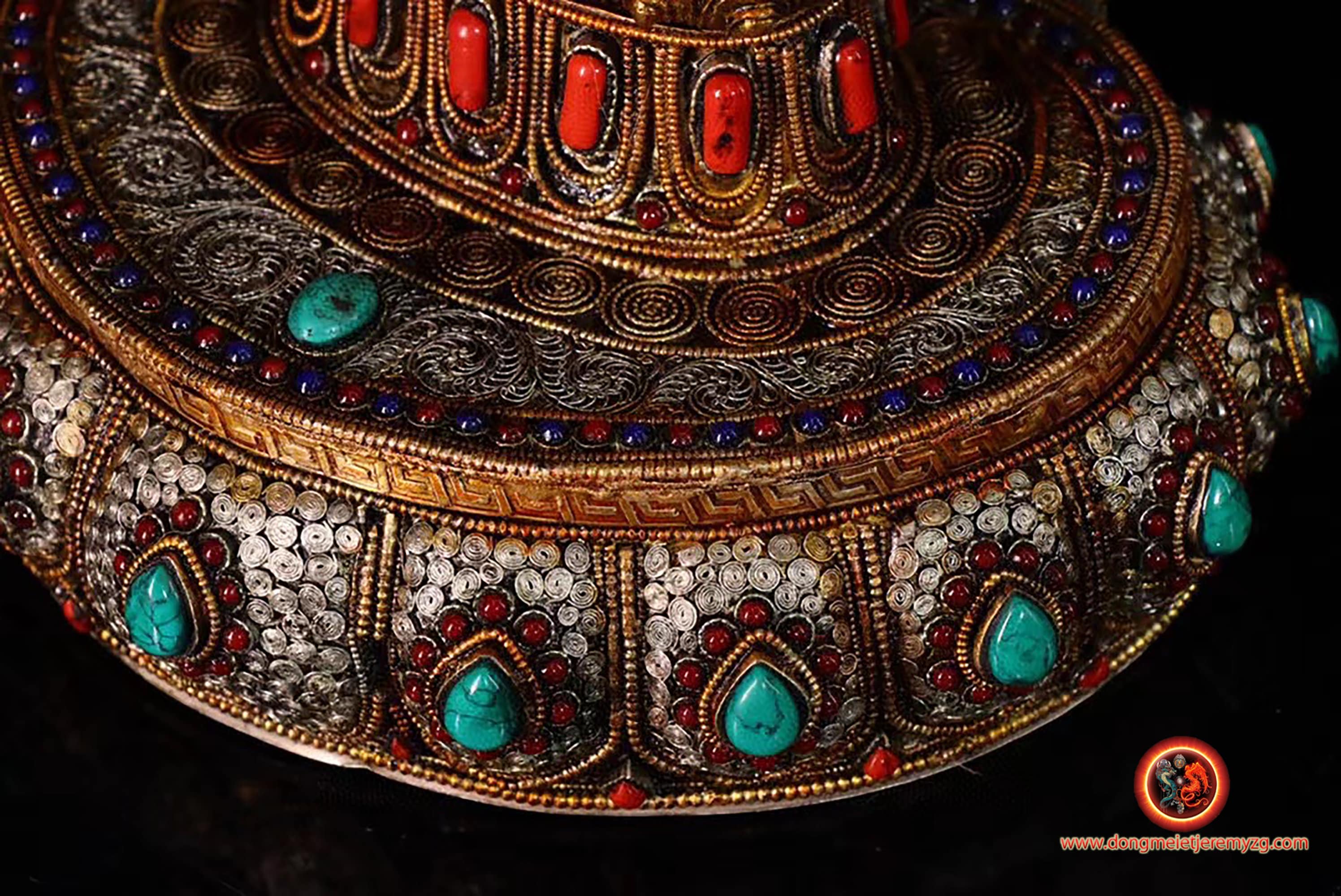 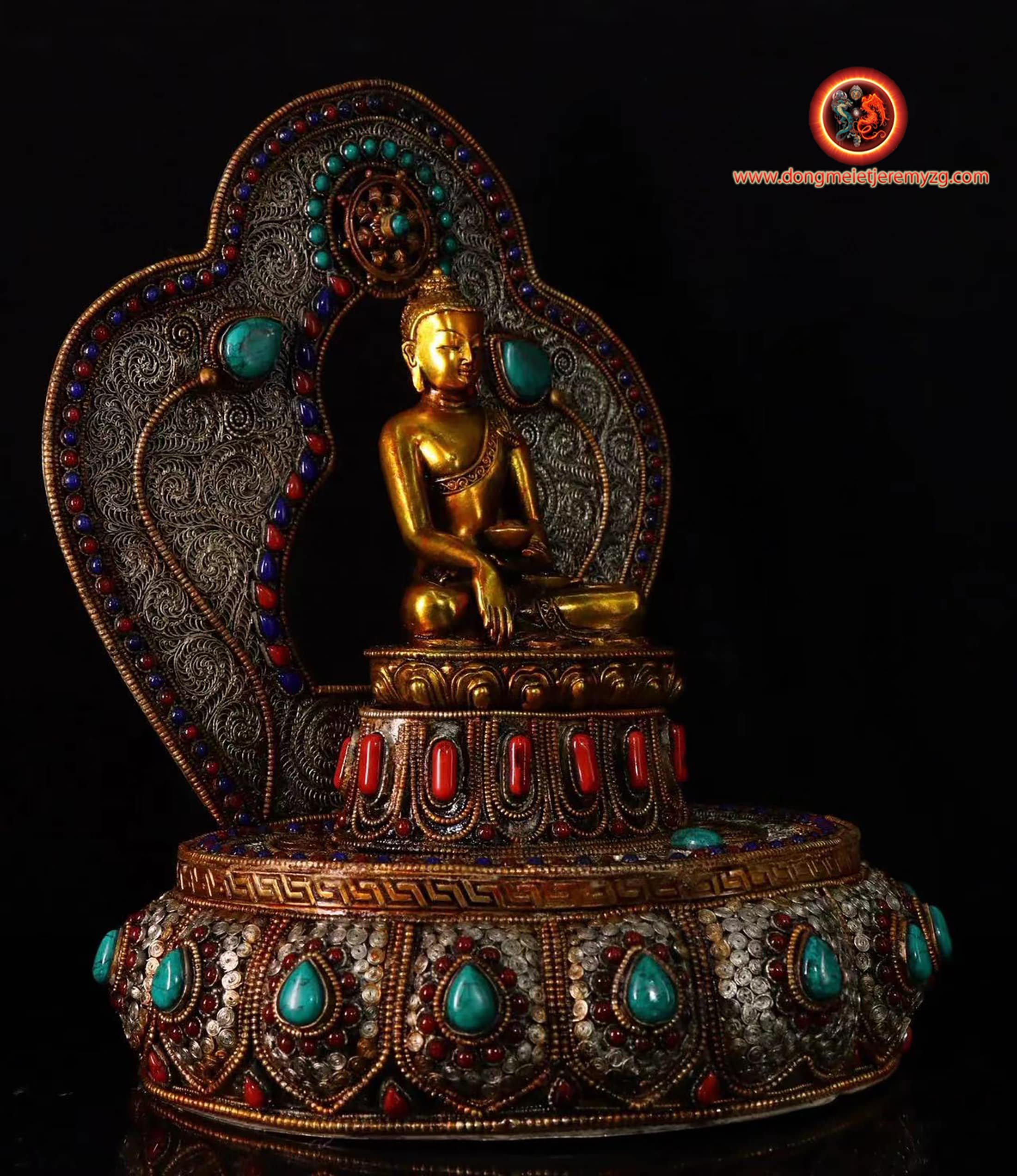 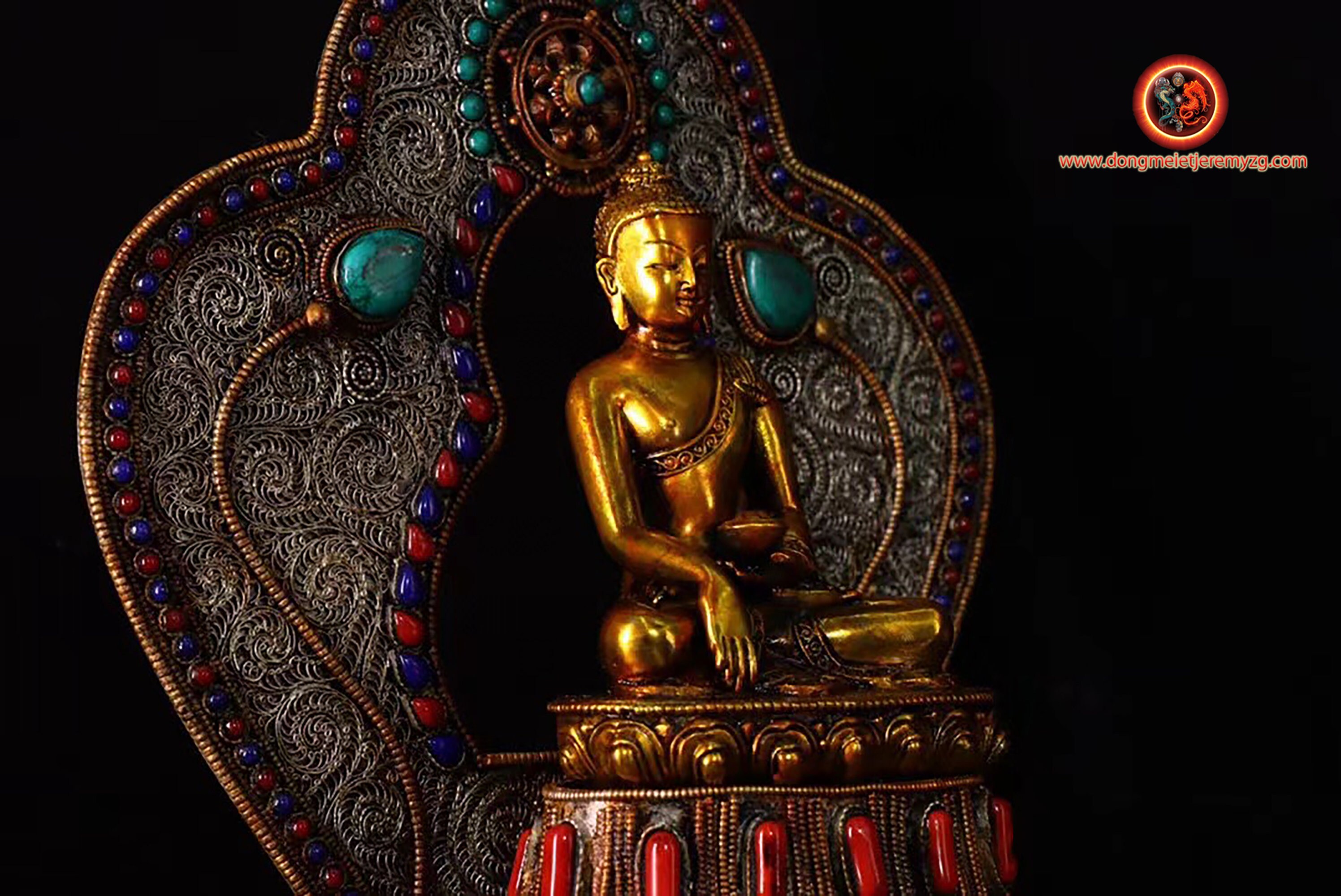 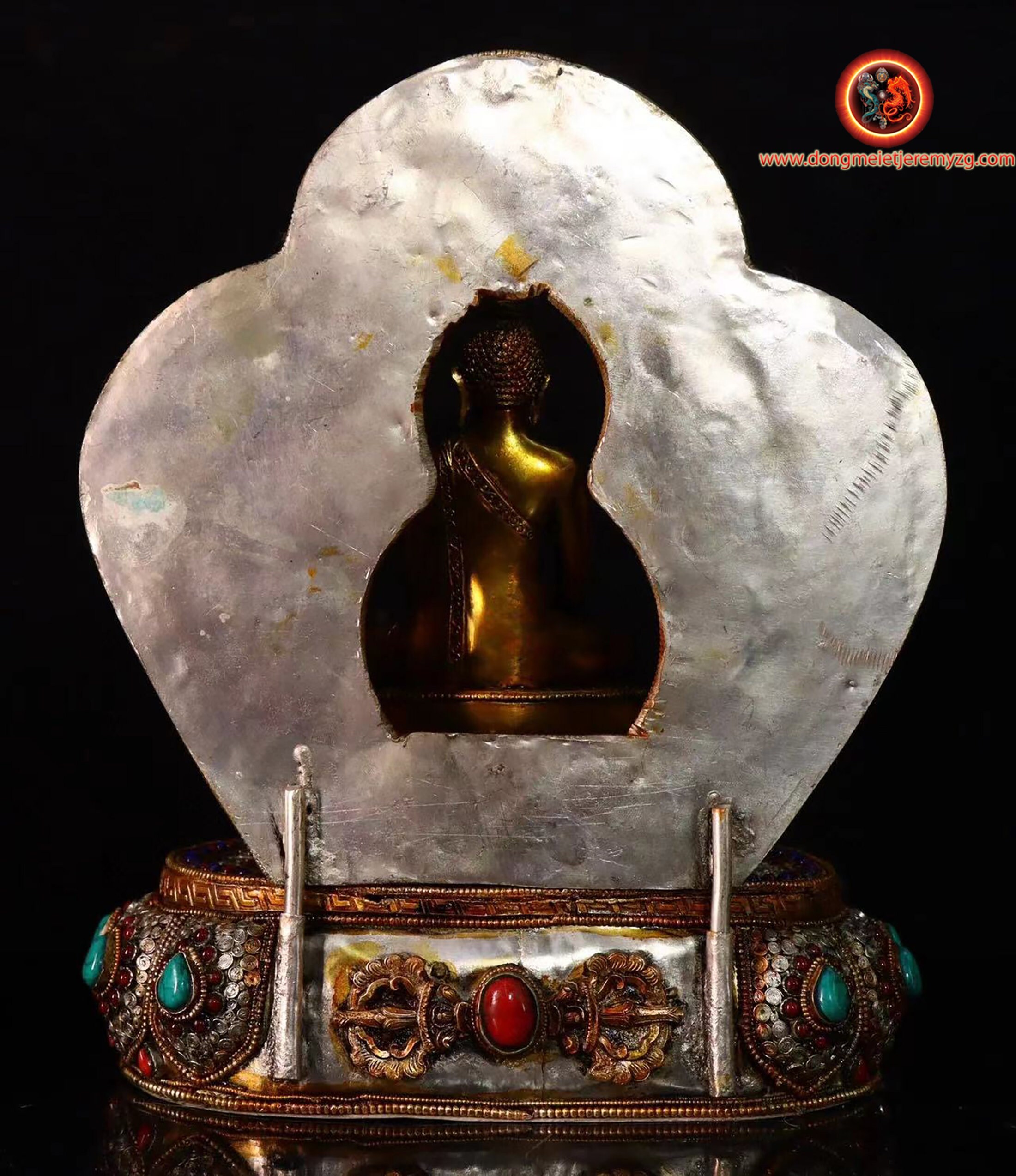 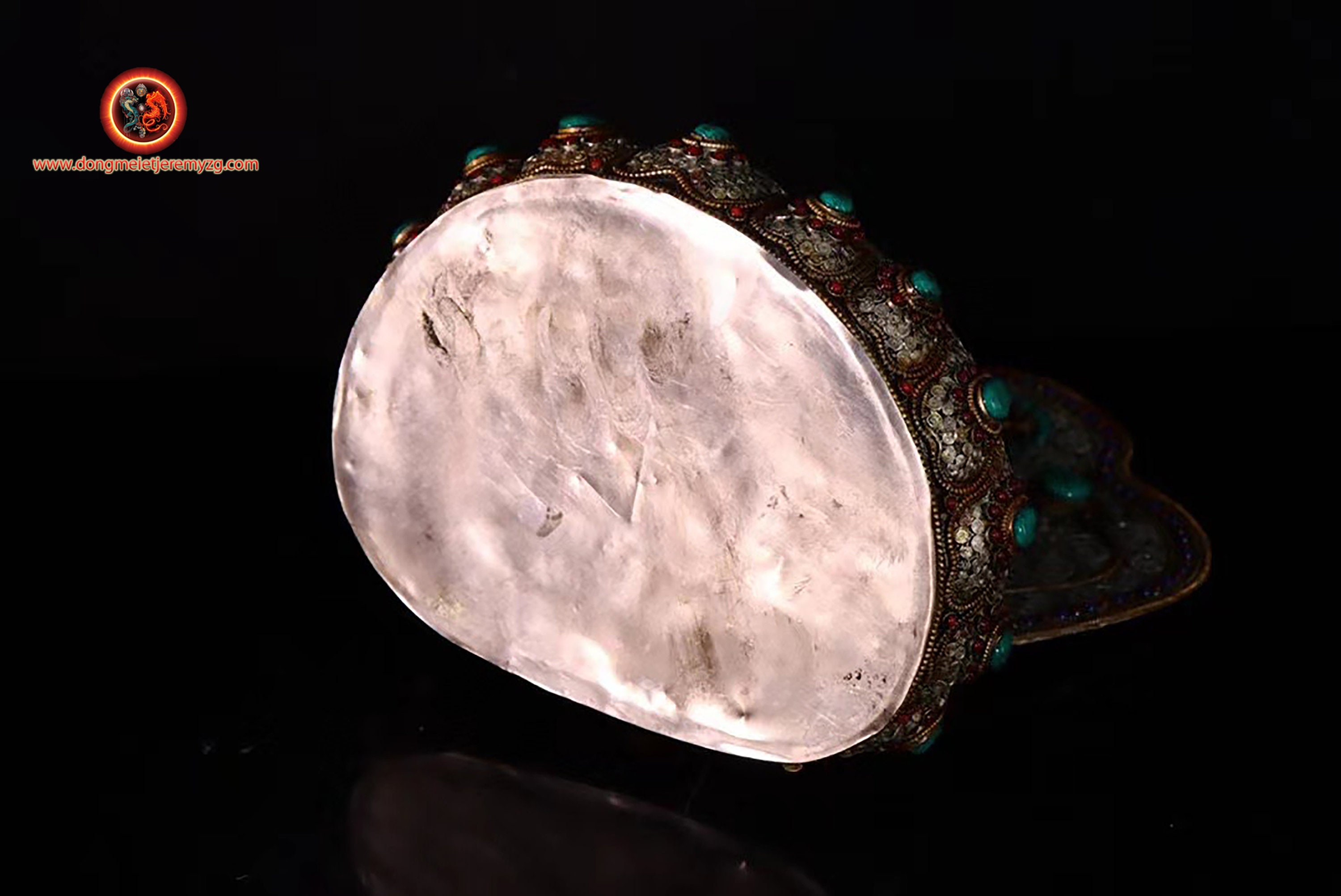 Exceptional tibetan Buddha statuette.
Representation of Sakyamuni Buddha, the historical Buddha, Siddhartha Gautama.
Handicraft work, carried out by Tibetan craftsmen whose workshop is based in northern Nepal.
specialized in the making of statues and ritual objects for Buddhist vajrayana temples.
The base moves from below in order to put offerings in the statuette during the blessing like all true Buddhist statuettes.
Vajrayana Buddhism, esoteric.

Dimensions of the statuette: 27cm high by 23cm wide.