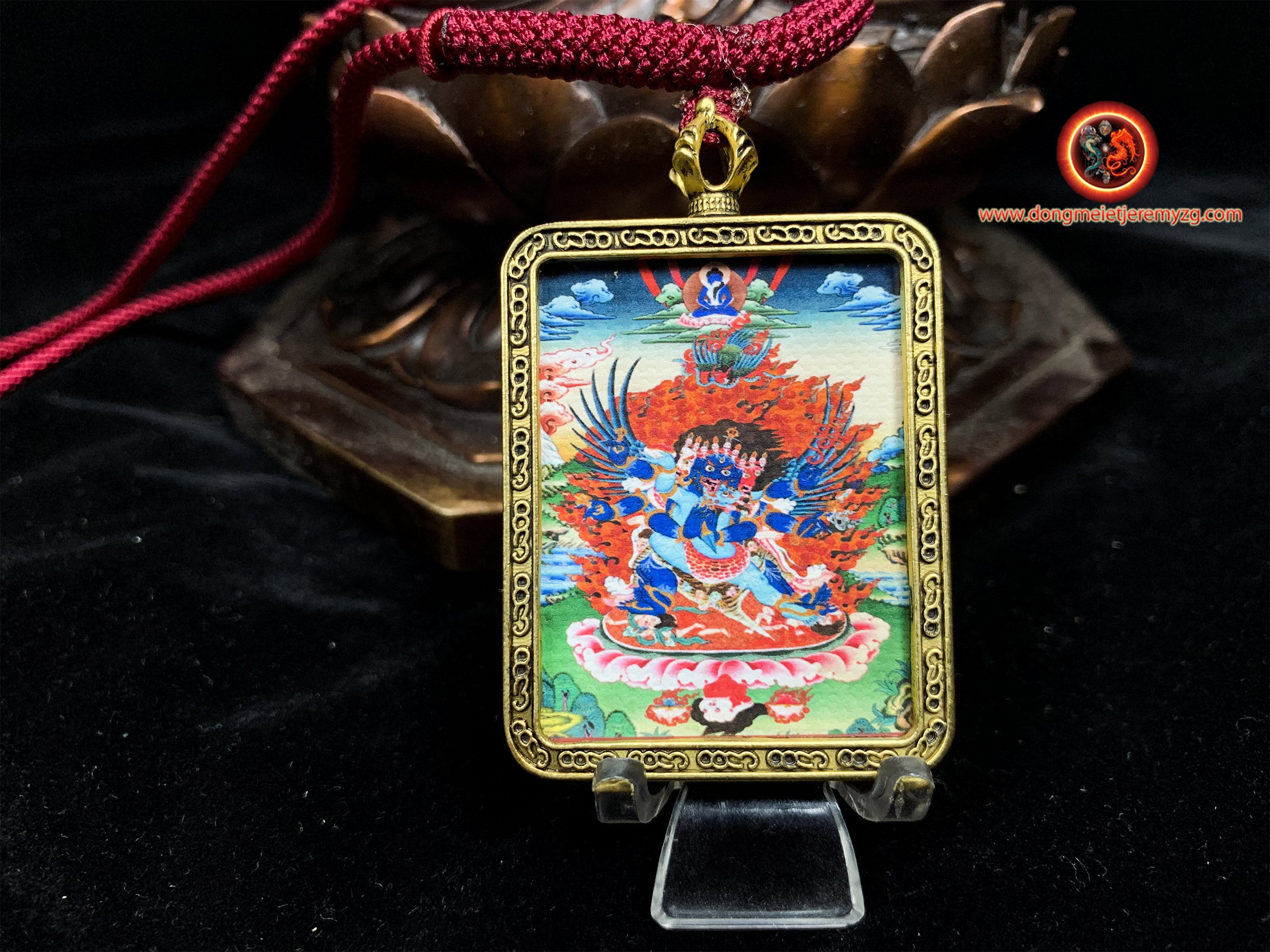 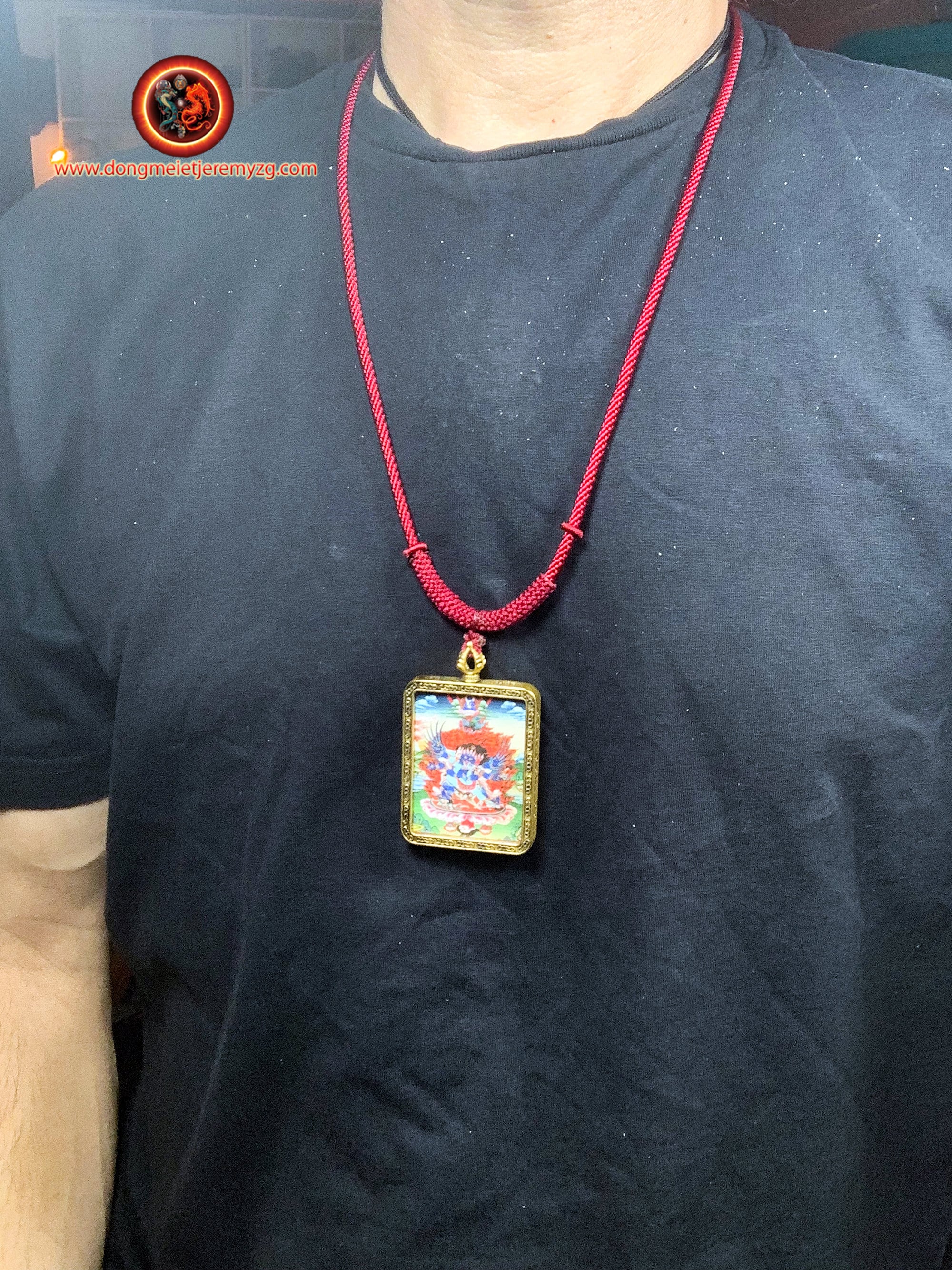 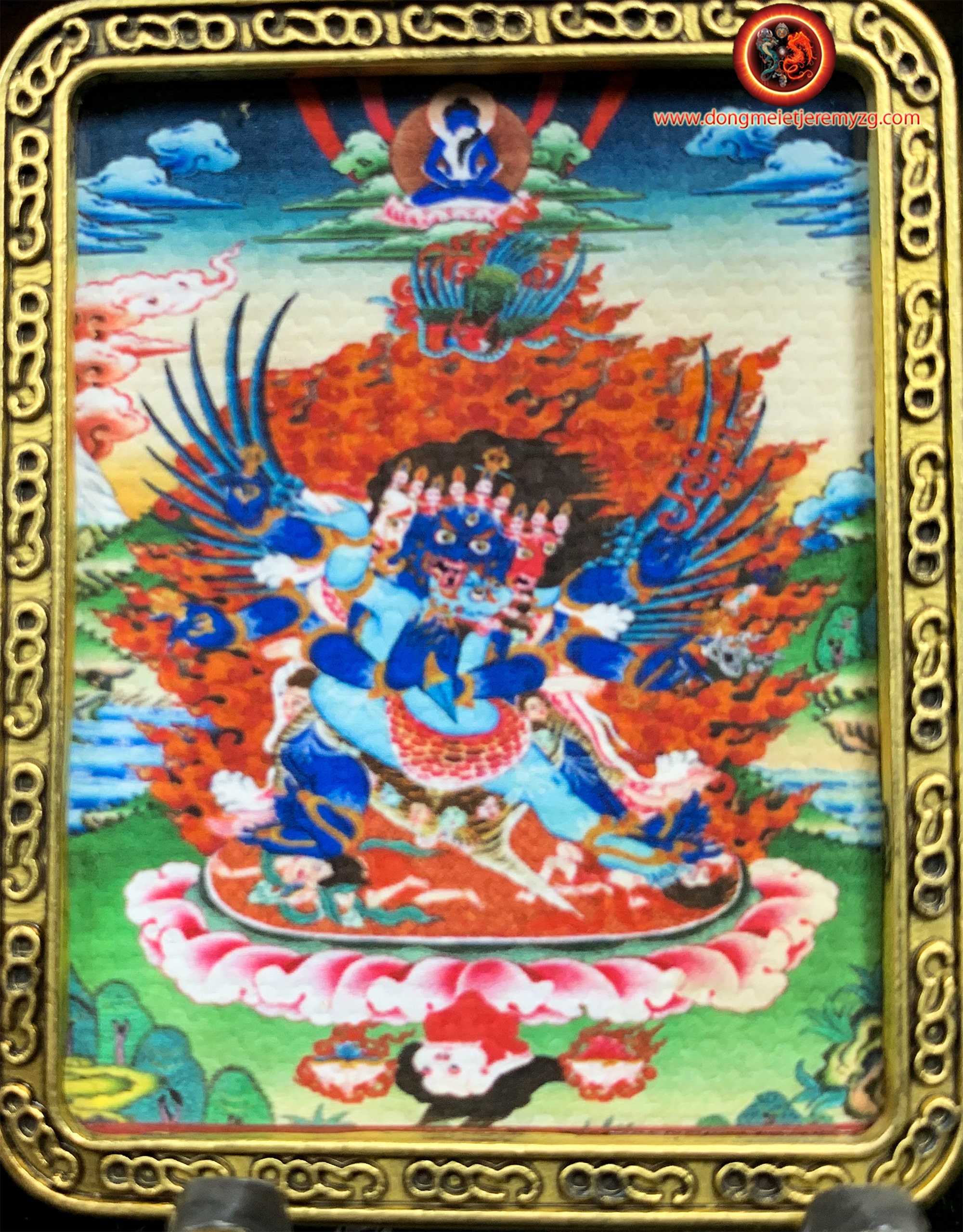 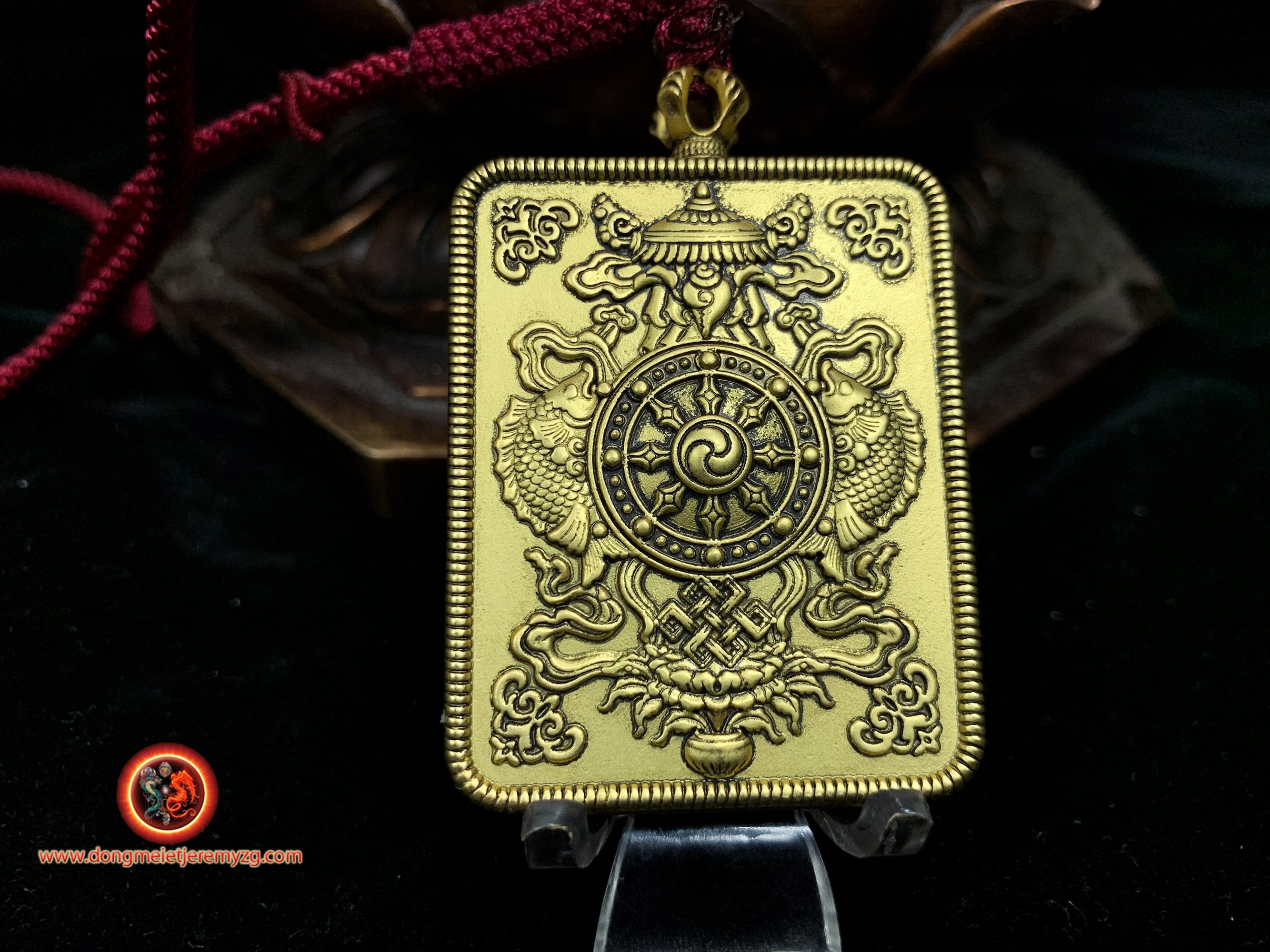 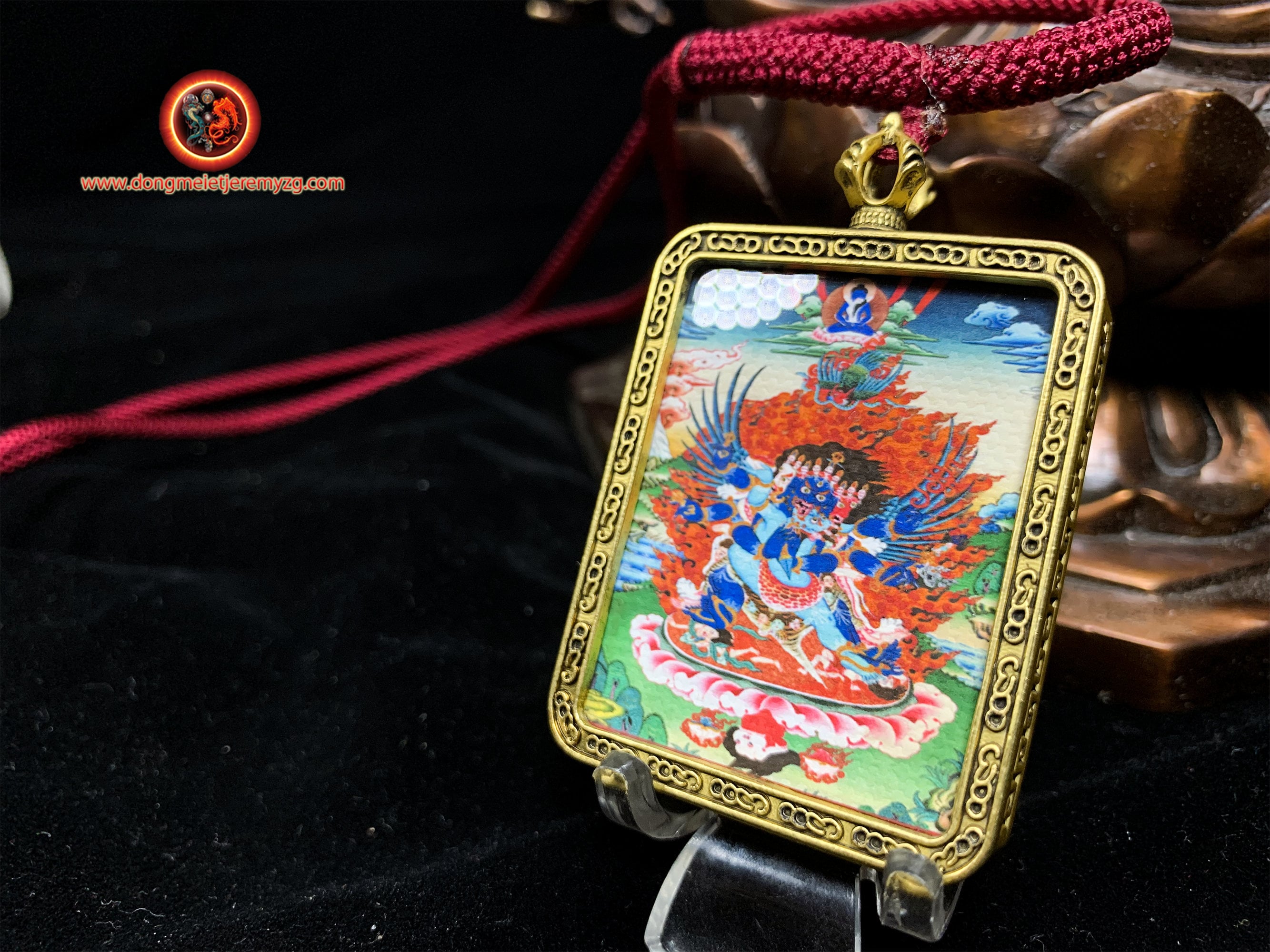 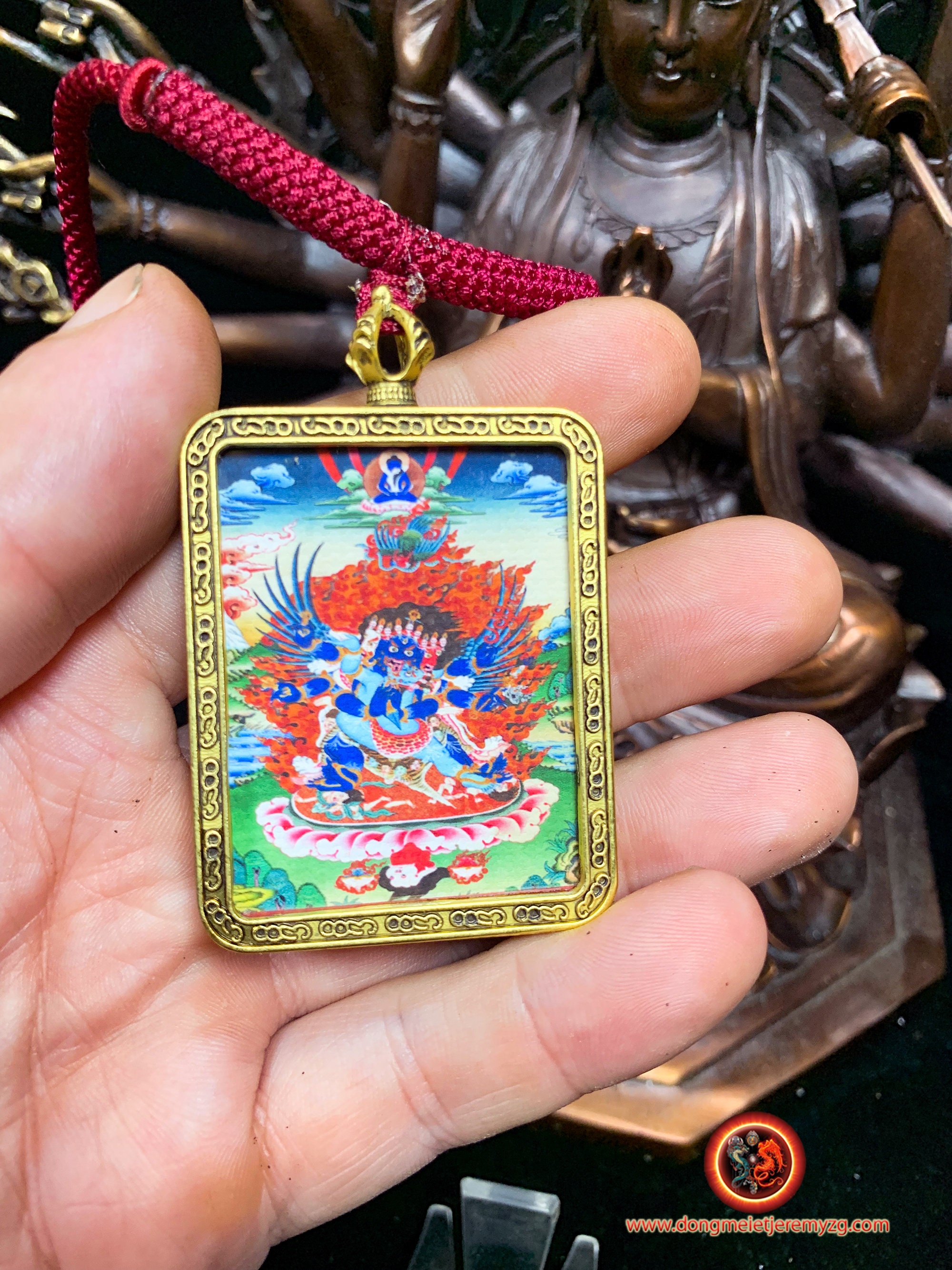 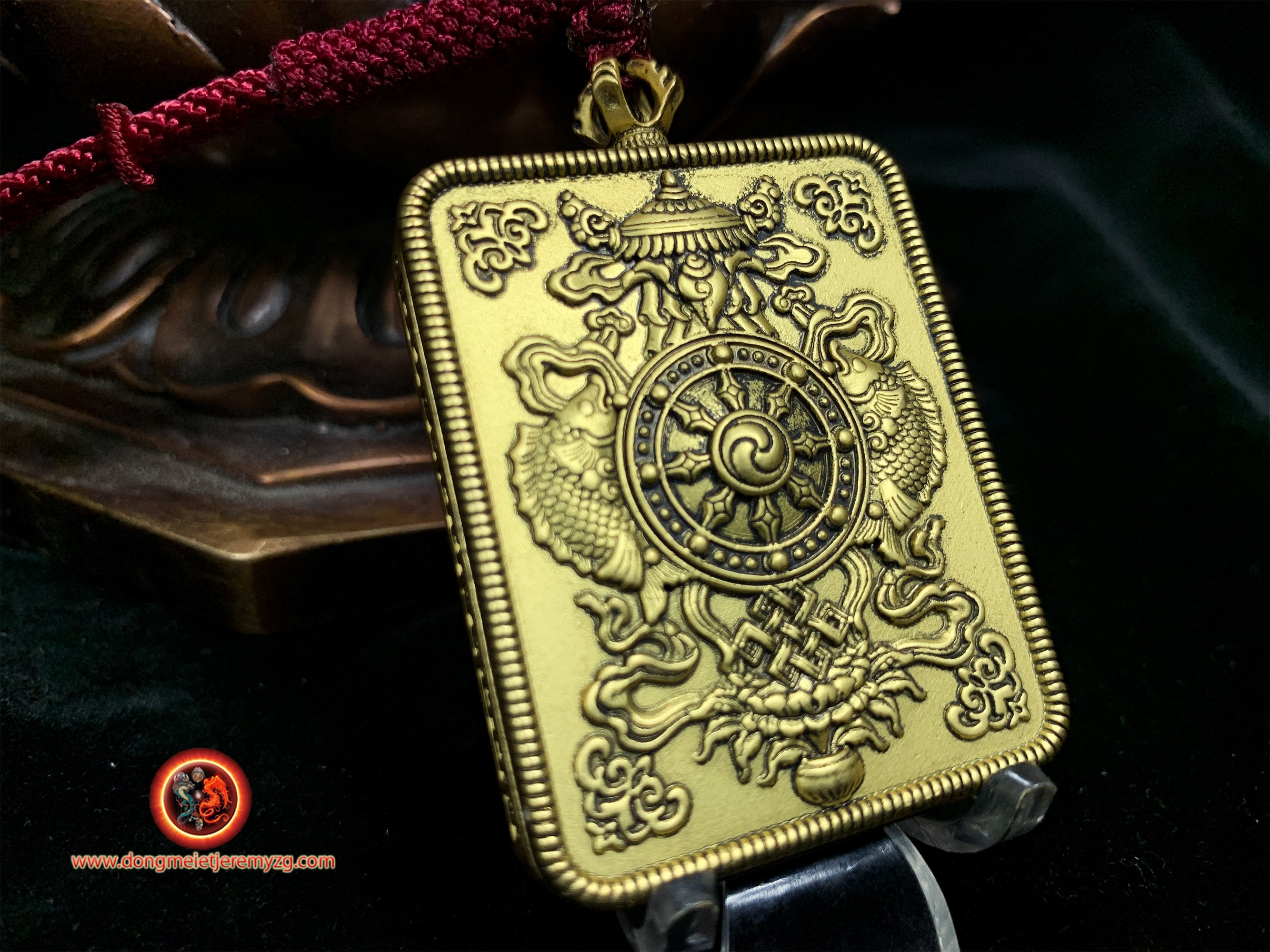 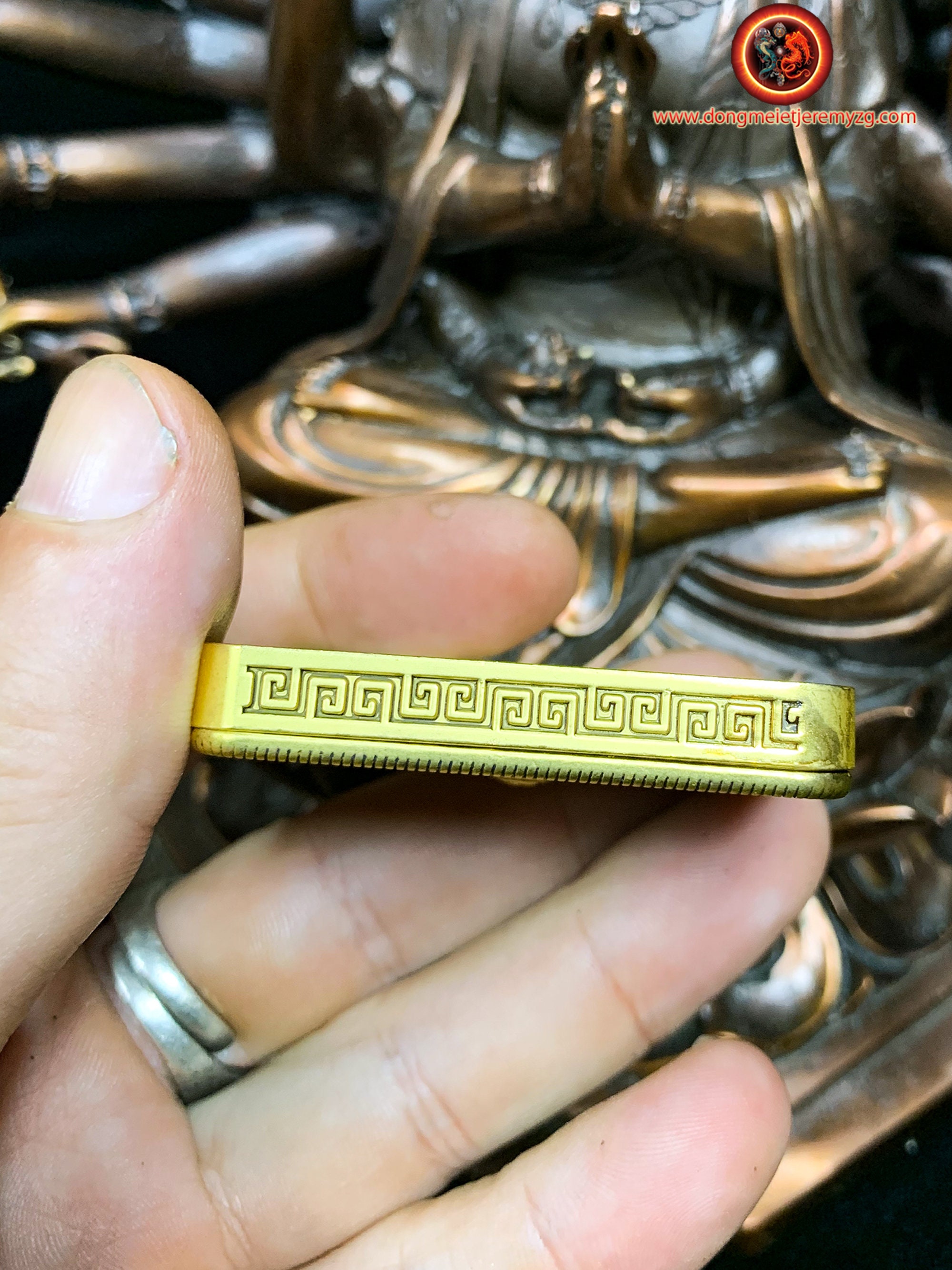 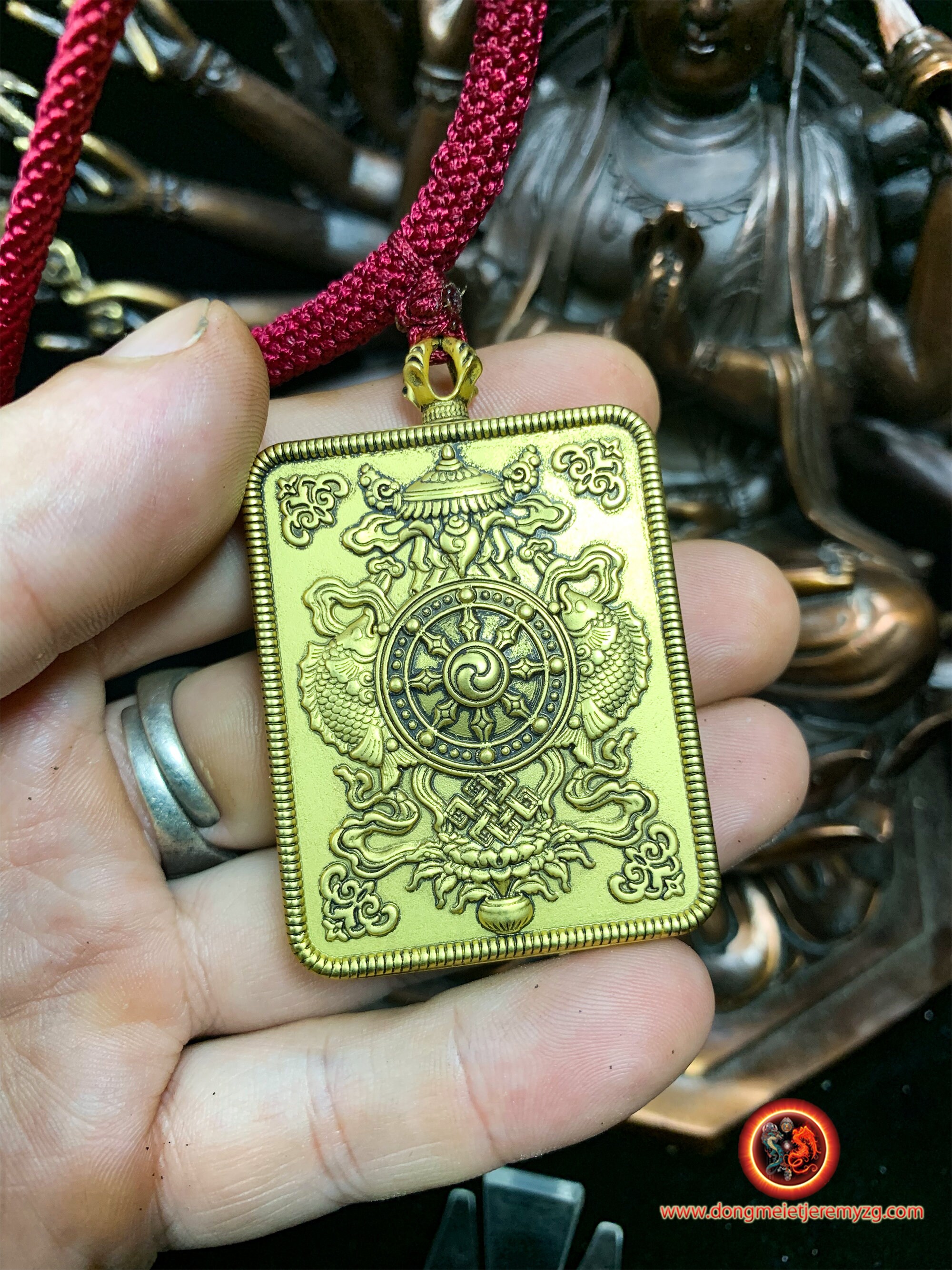 The ghau is a kind of transportable altar in which the image of the chosen deity of the possessor is kept. The vast majority of Tibetans use the ghau at home and carry it during their travels. They keep it on a real altar at home. During travels, it is hung on the back belt. It serves as a protective symbol during travels and also allows its owner to prove his devotion to his deity.

Ghau, gau.
Tibetan Buddhist pendant,
Tangka handcrafted by Tibetan painters based in Nepal specializing in the sacred paintings of Buddhism as shown in the video also available on our youtube channel, via this link
https://youtu.be/8fAcNmO-ZEM

Deity Phurba in yab yum. (description of the deity, below)
Brass case.
8 Auspicious Signs of Buddhism on the Back (Description and explanation below)

Dimensions of the ghau: 64mm high by 41.5mm wide by 9mm thick.
Weight of 38 grams.
Comes with a red cord of 34cm (possibility to change the cord, contact us.

The Tibetan Endless Knot or Infinite Knot is a Buddhist symbol that represents the movement of what is eternal, intertwined spiritual paths and time.
The form of the Endless Knot is evocative of wisdom and compassion in Tibetan Buddhism. The top and bottom of the symbol symbolize the interaction of opposing and dual forces, which eventually come together and unite in the universe.
The Tibetan infinite knot also represents the inseparability of the Void and the reality of existence.
Finally, since the Knot has no beginning or end, it is also defined as the Wisdom of Buddha.