Scorpio pendant, Tibetan Buddhism. Practice of Guru Rinpoche. Silver 925 punched and copper. Mantra of Guru rinpoche, on the back. 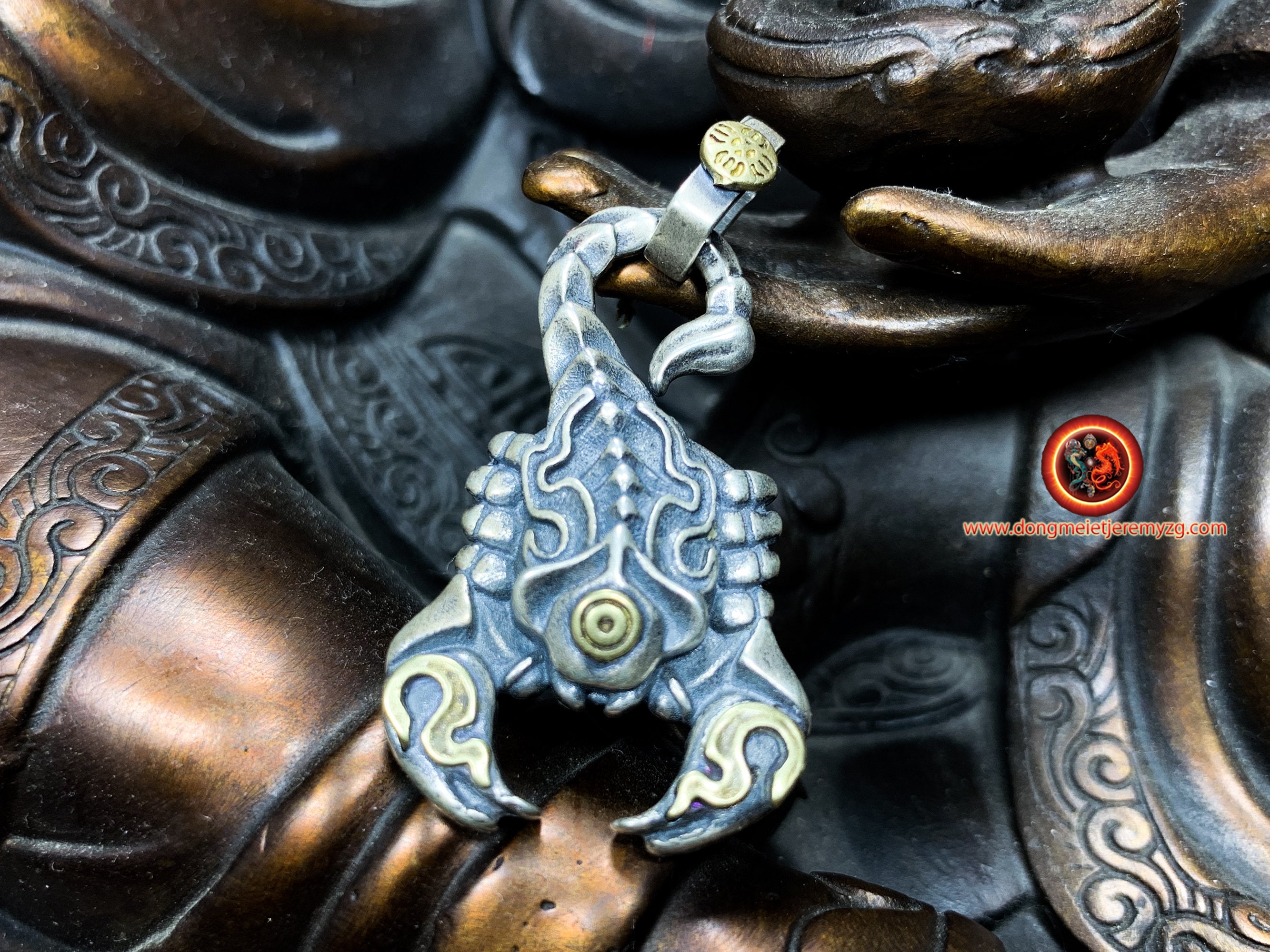 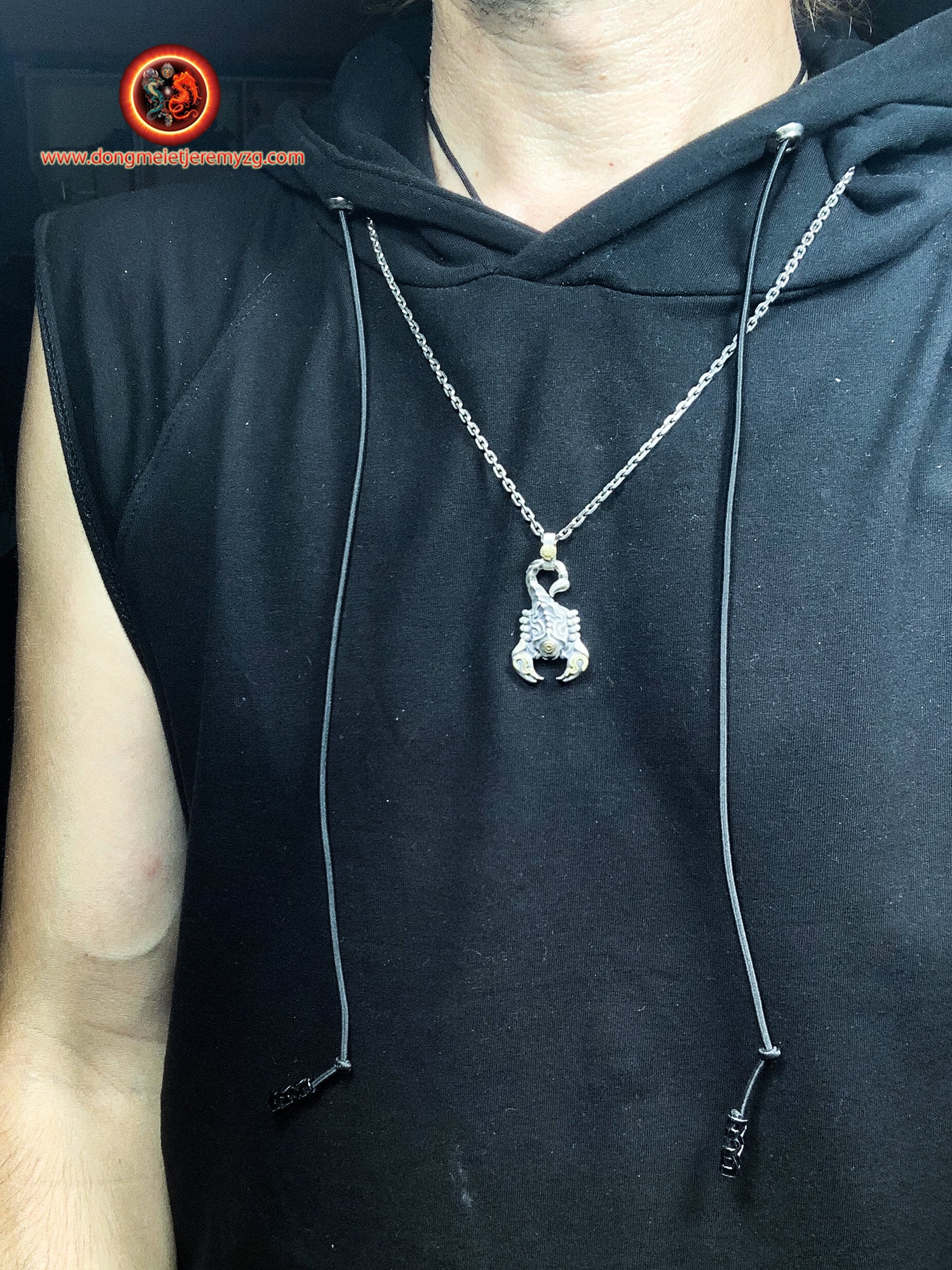 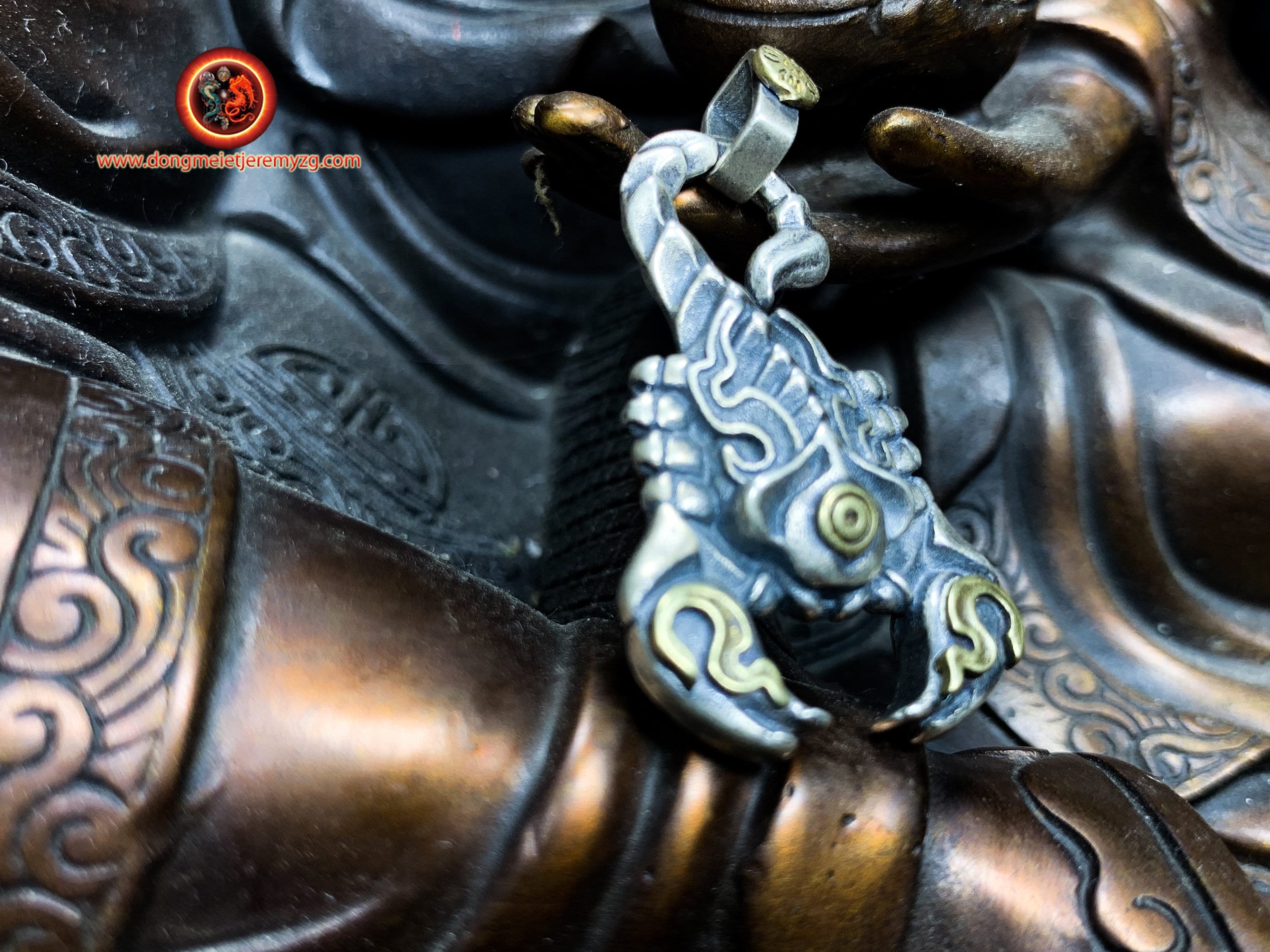 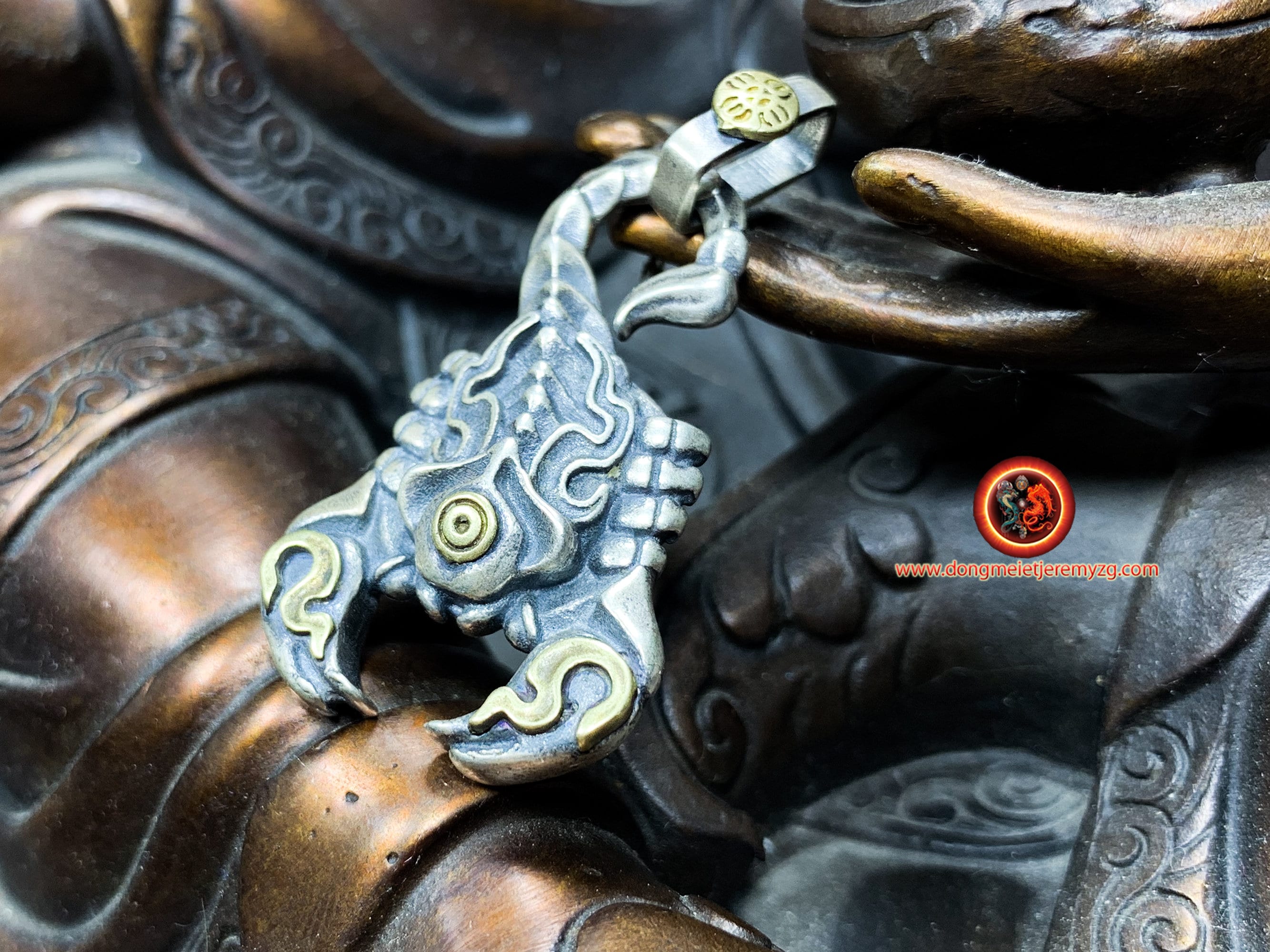 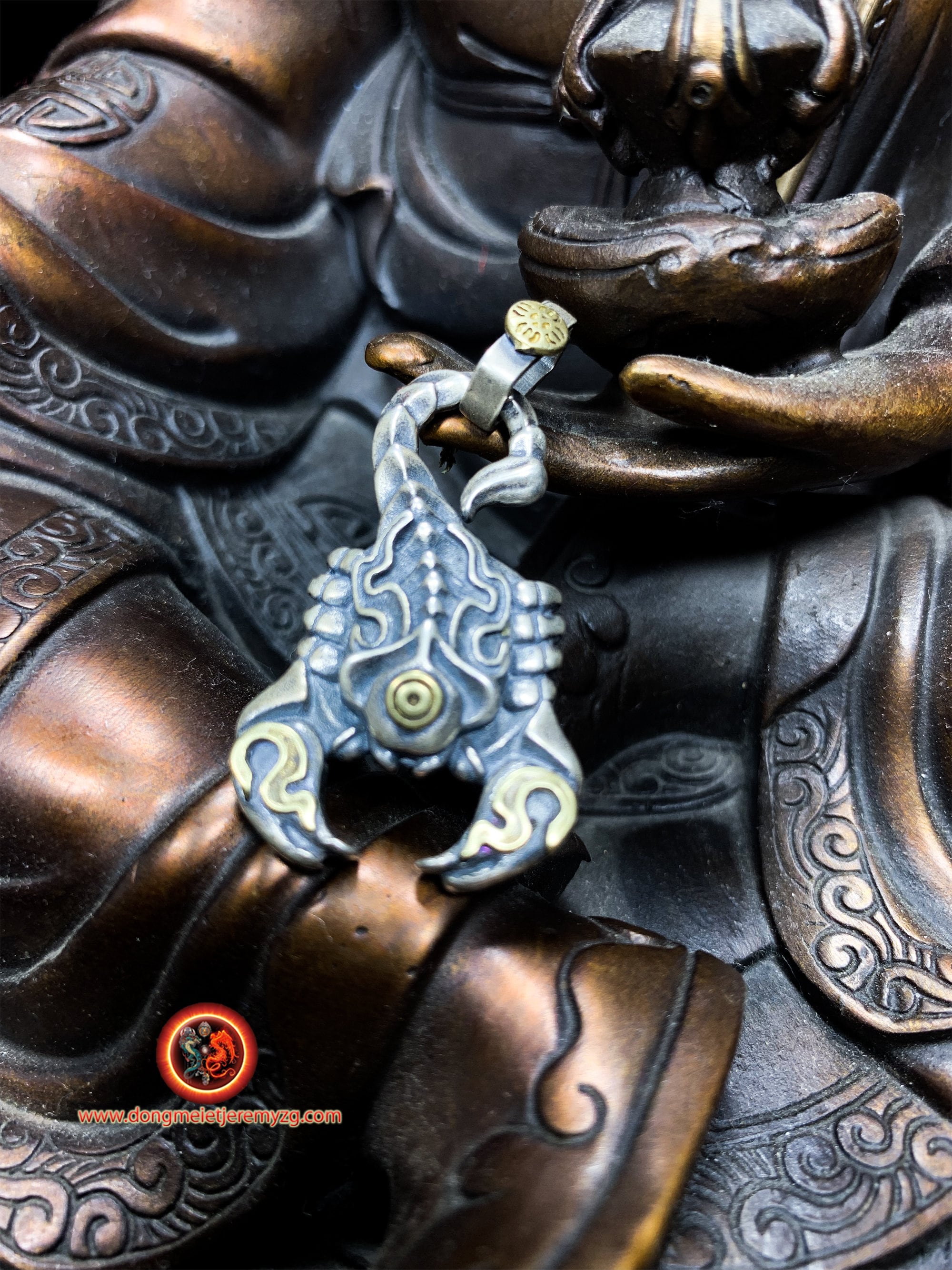 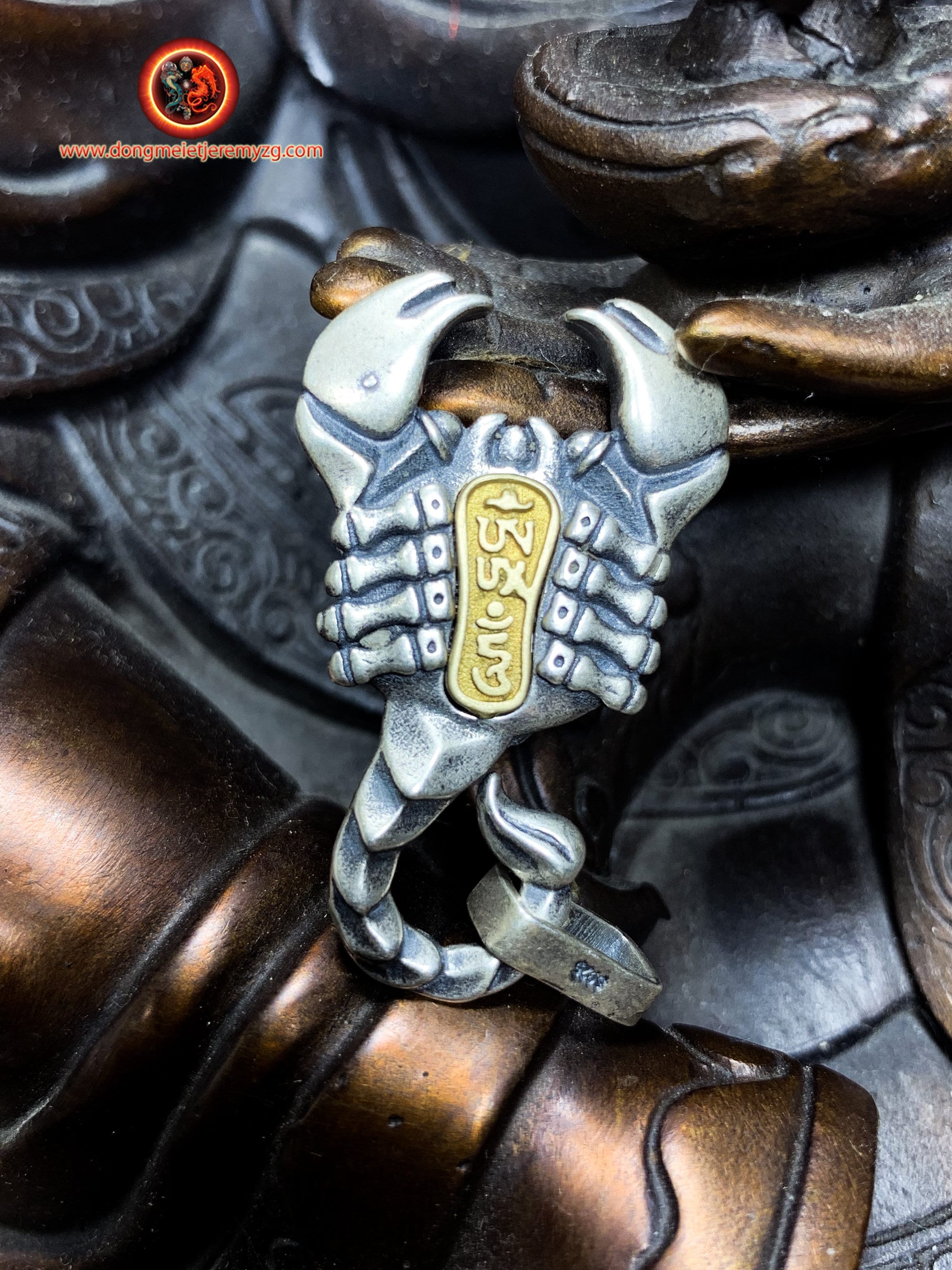 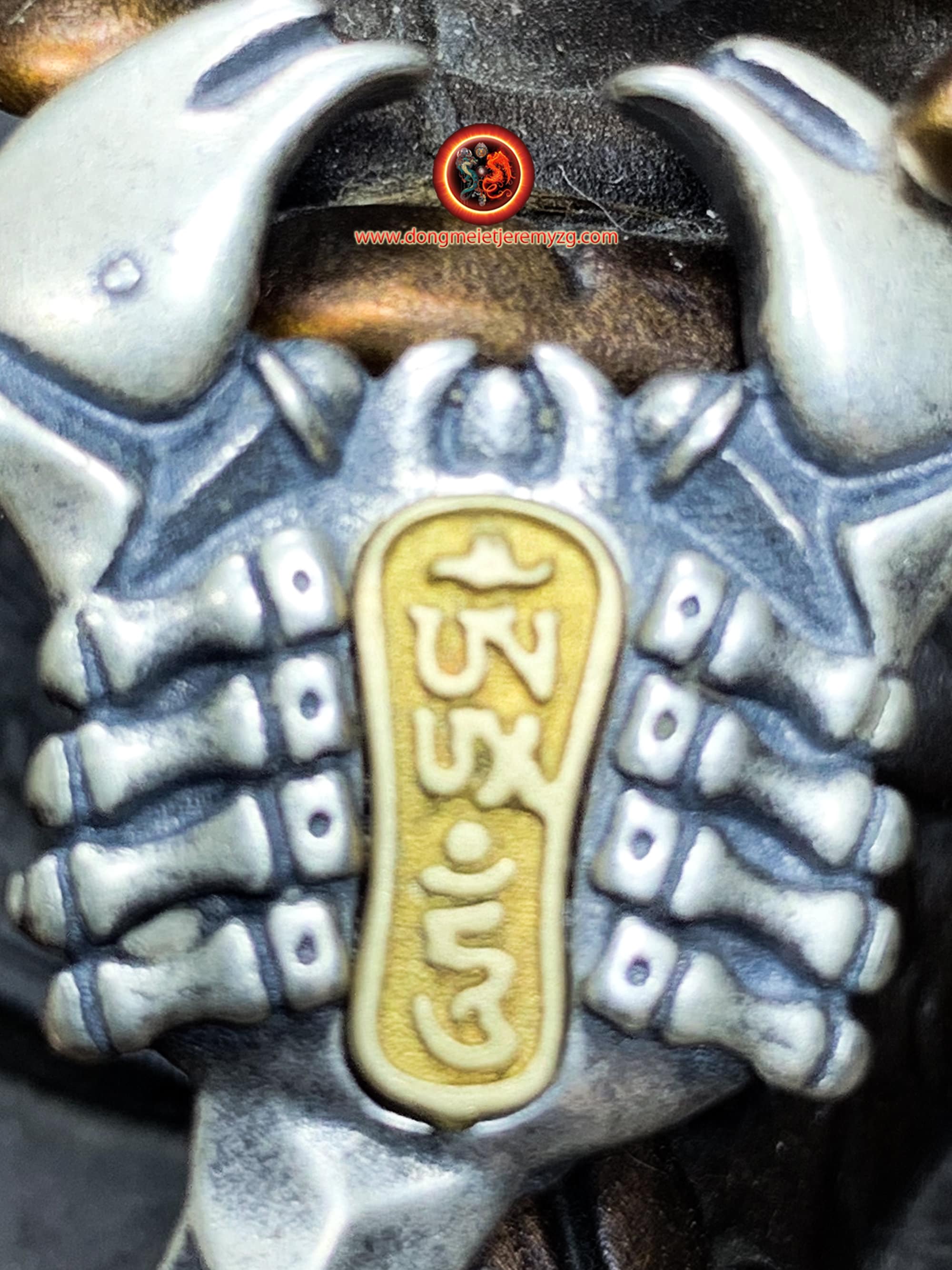 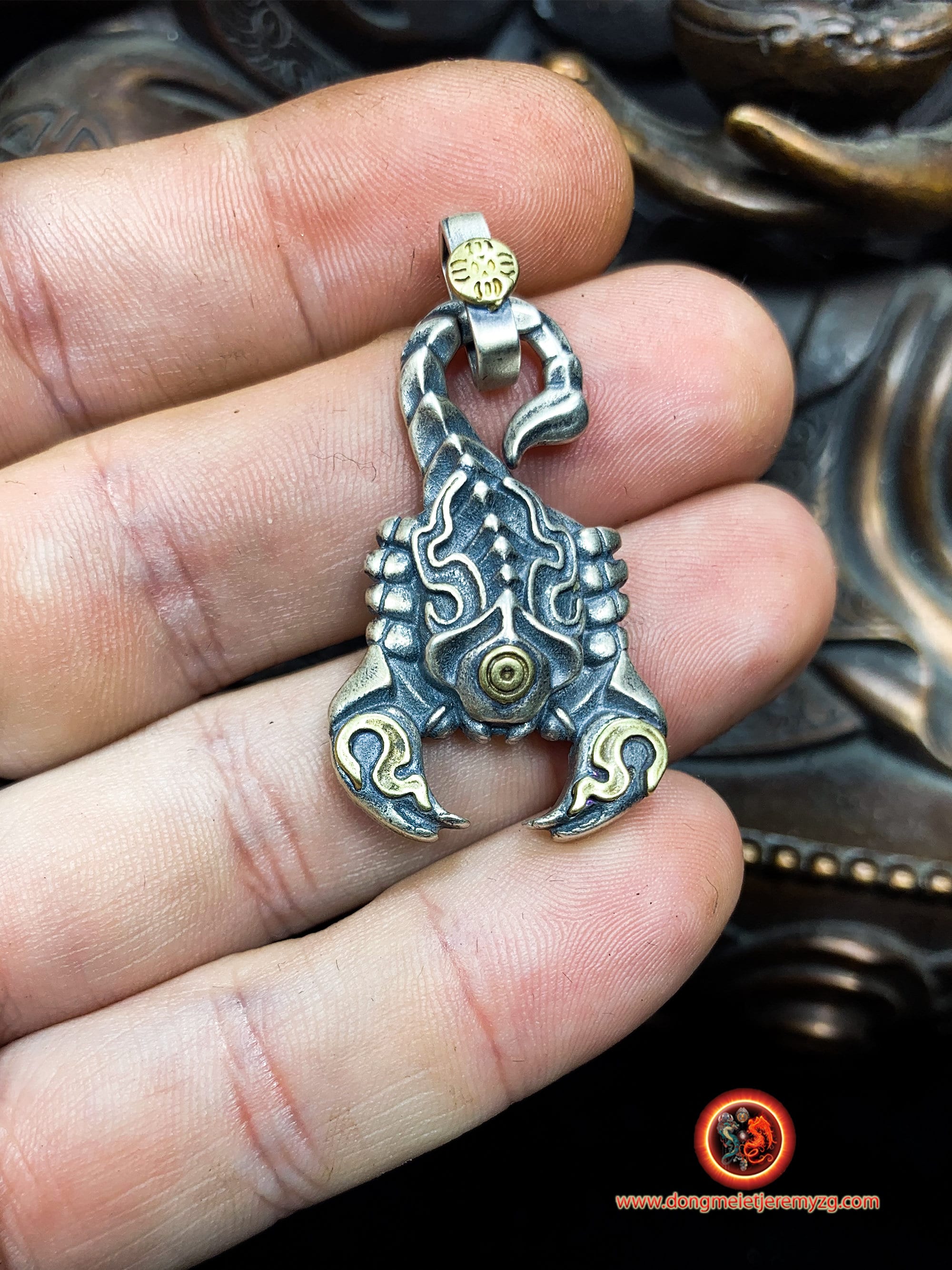 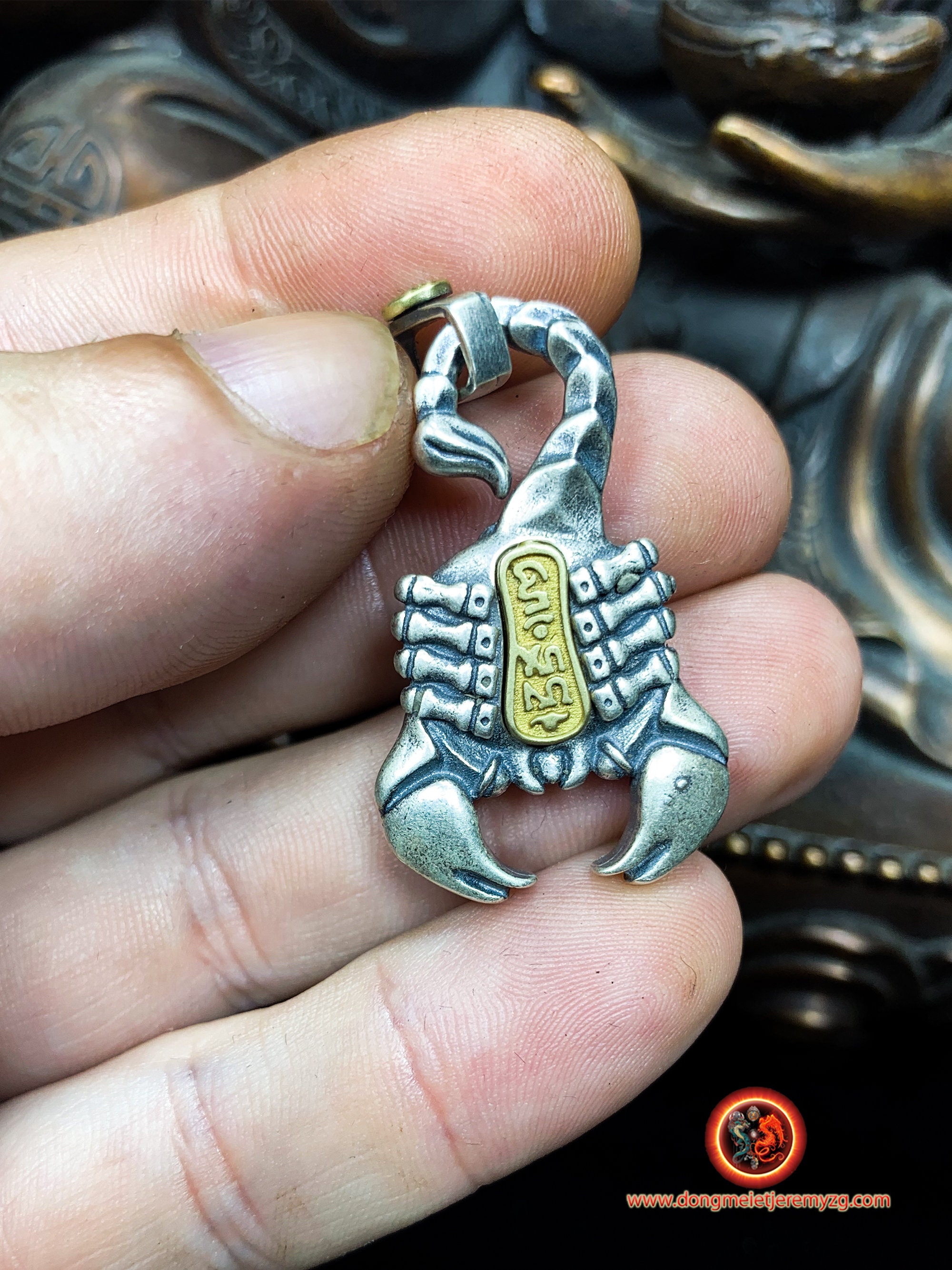 Video also available on our Youtube channel via this link
https://youtu.be/TrnVJ7rnppc

For example, in the puja of fire for Vajradaka (Tib. Dorje Khadro) who is a fierce and wrathful deity invoked to purify negative actions, black sesame seeds are used to represent problems and regrets. They are arranged in the shape of a scorpion that is then consumed by fire as practitioners visualize all the physical, psychological and emotional obstacles annihilated with compassion by Dorje Khadro who joyfully devours them for us.