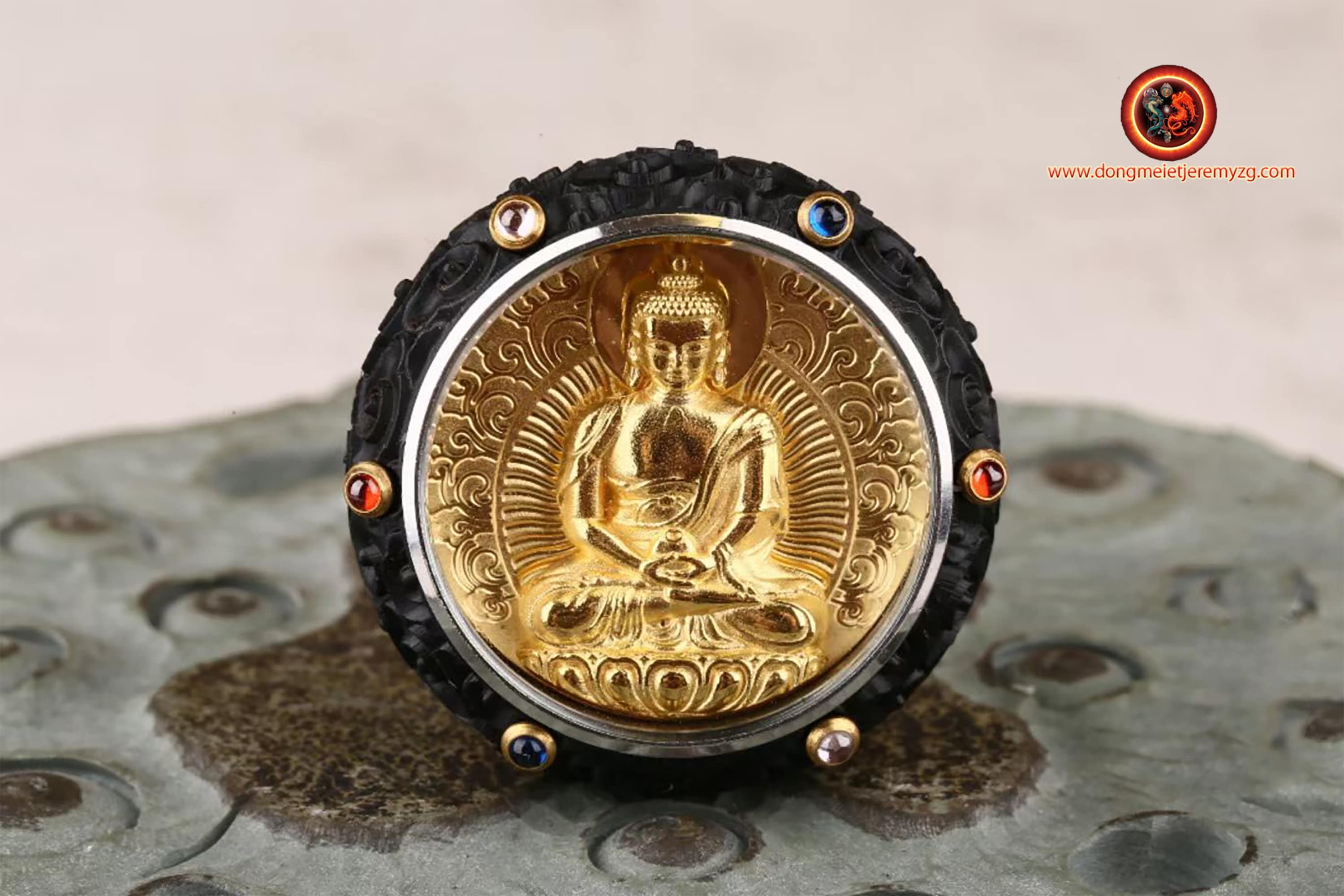 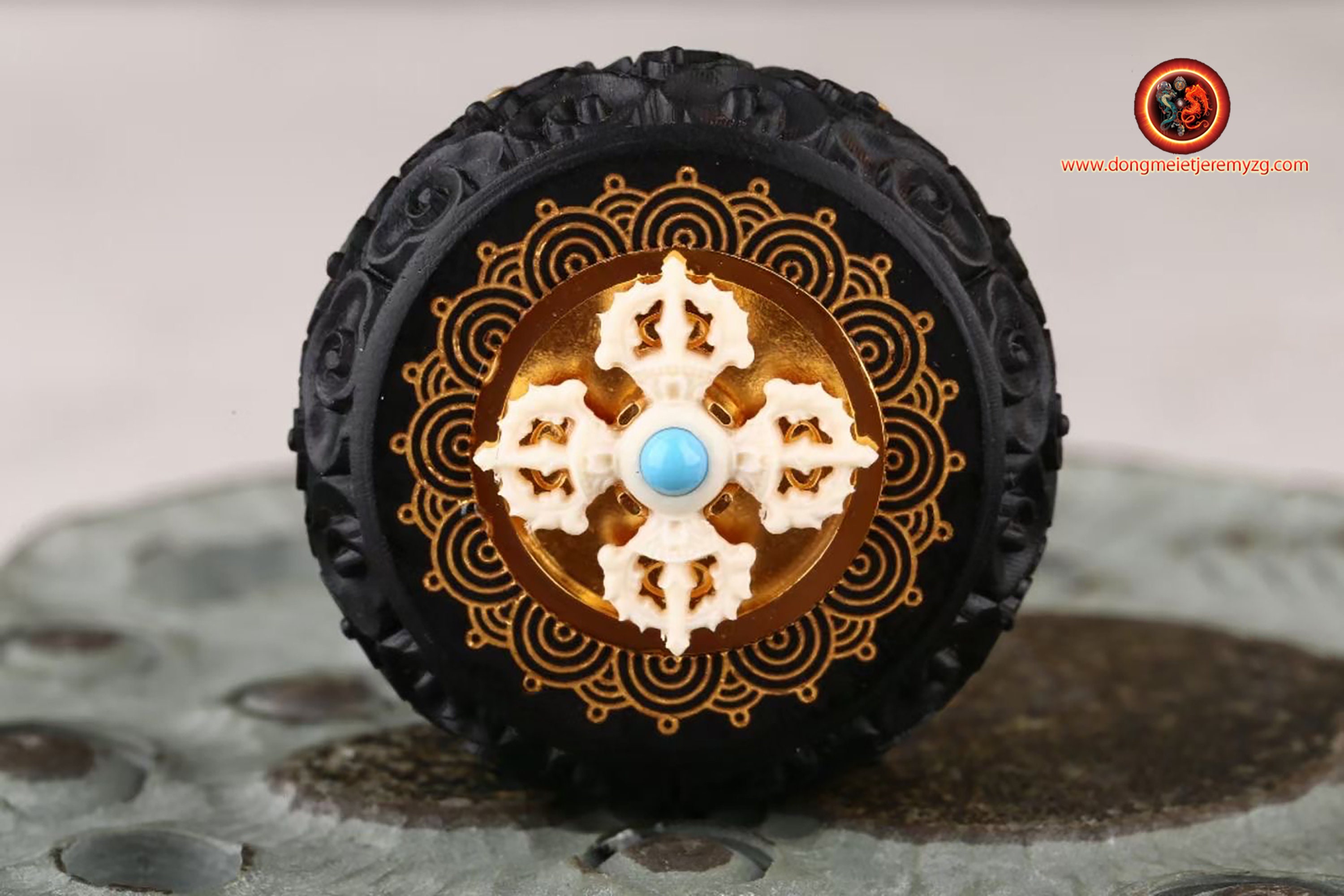 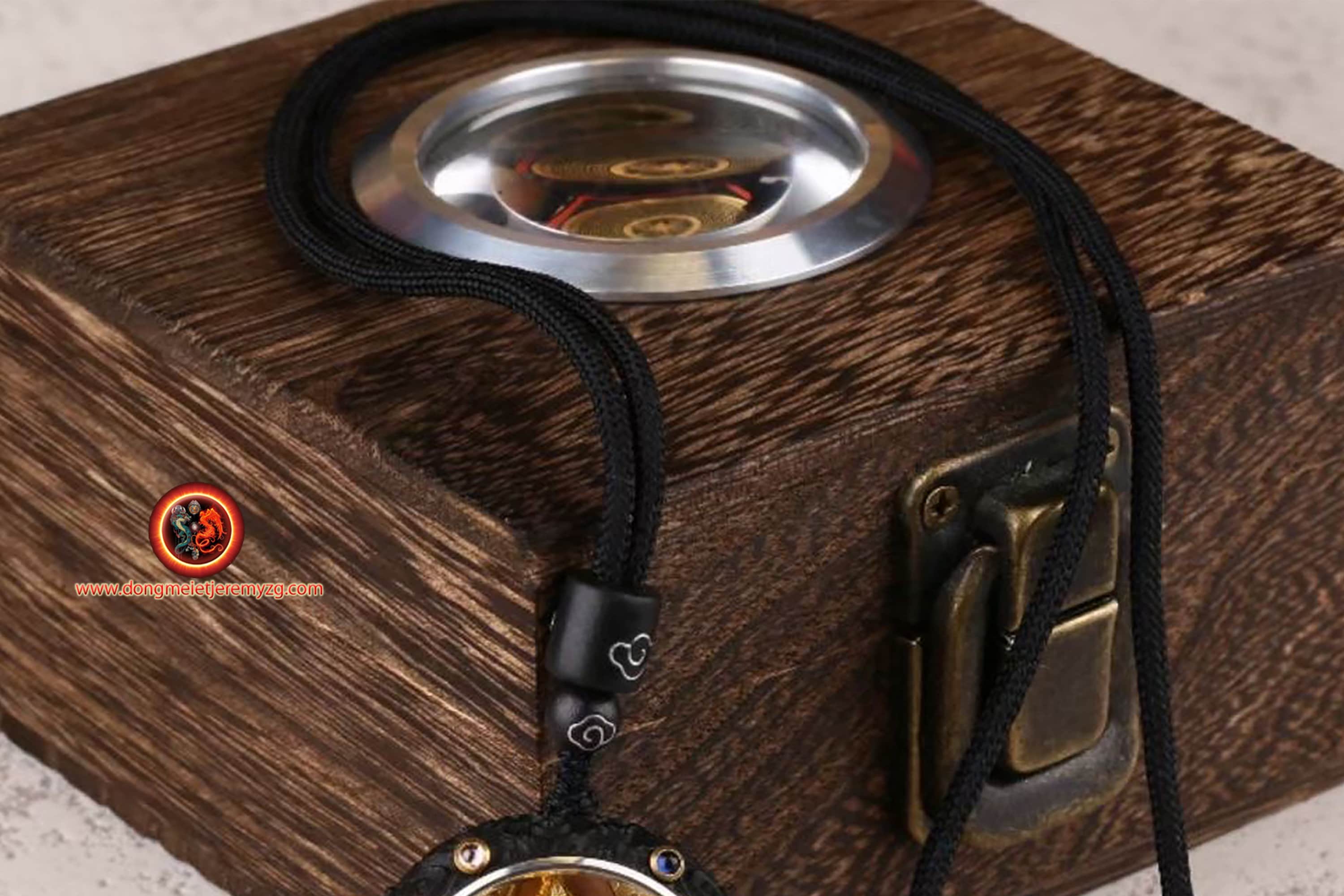 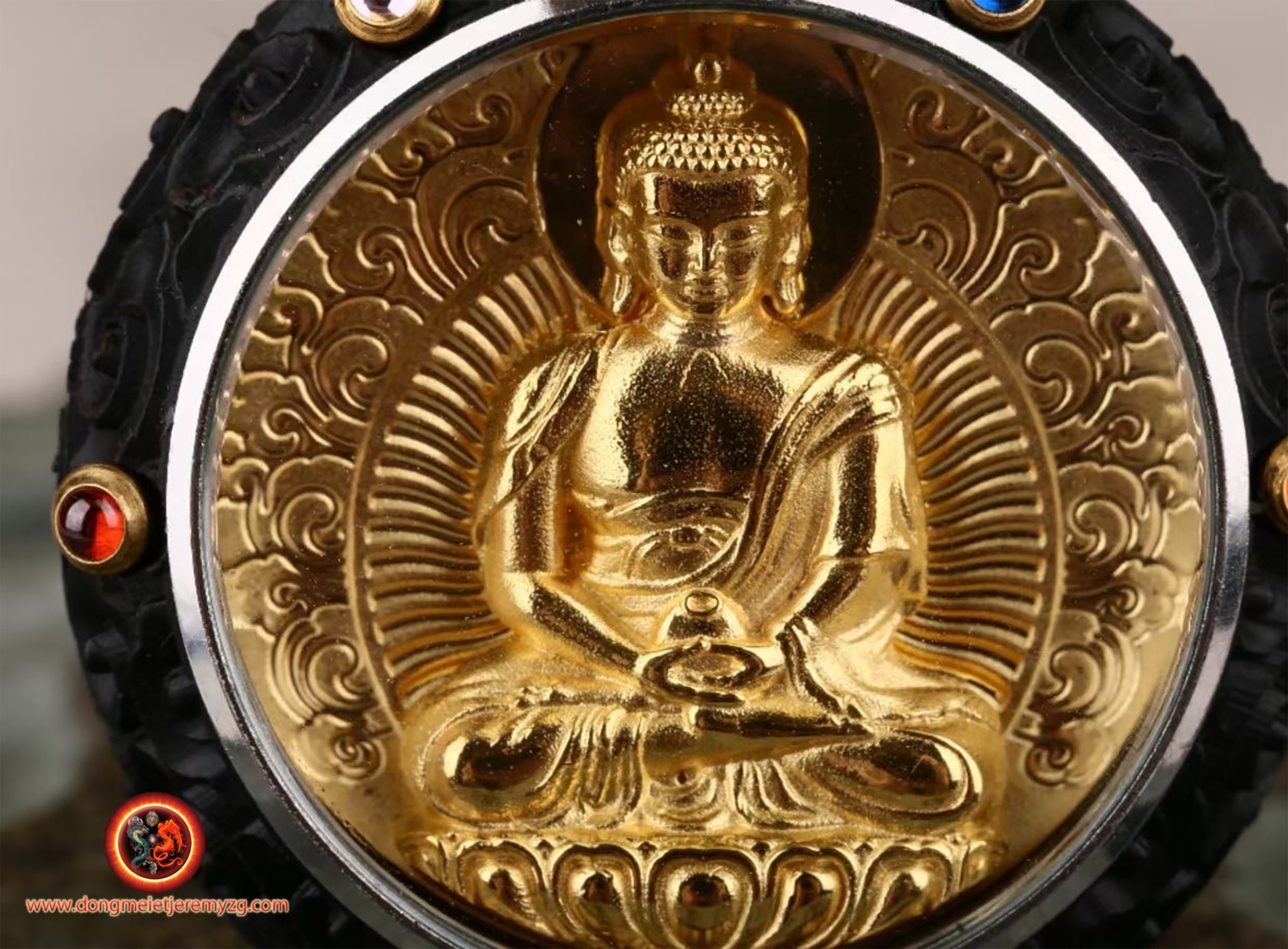 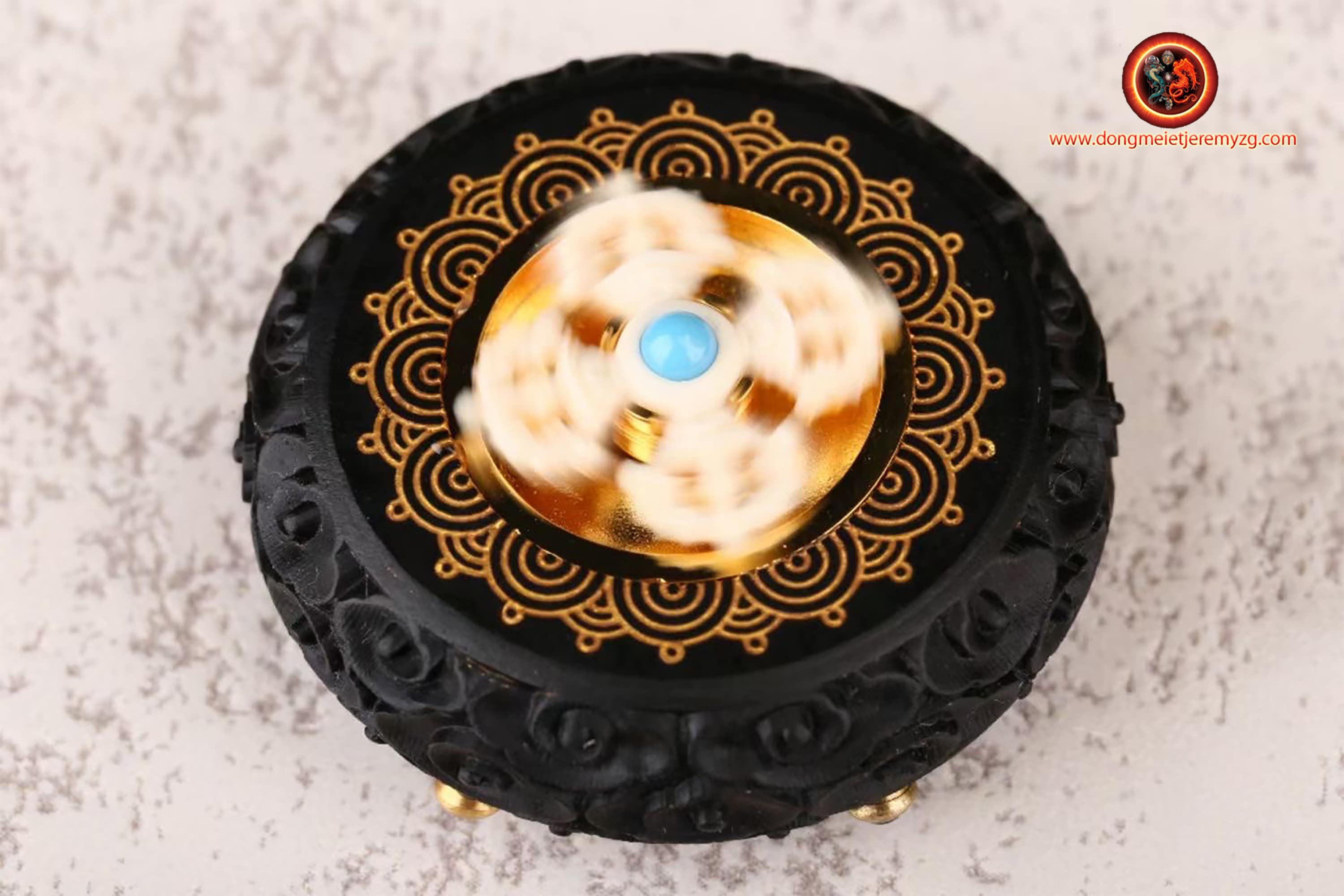 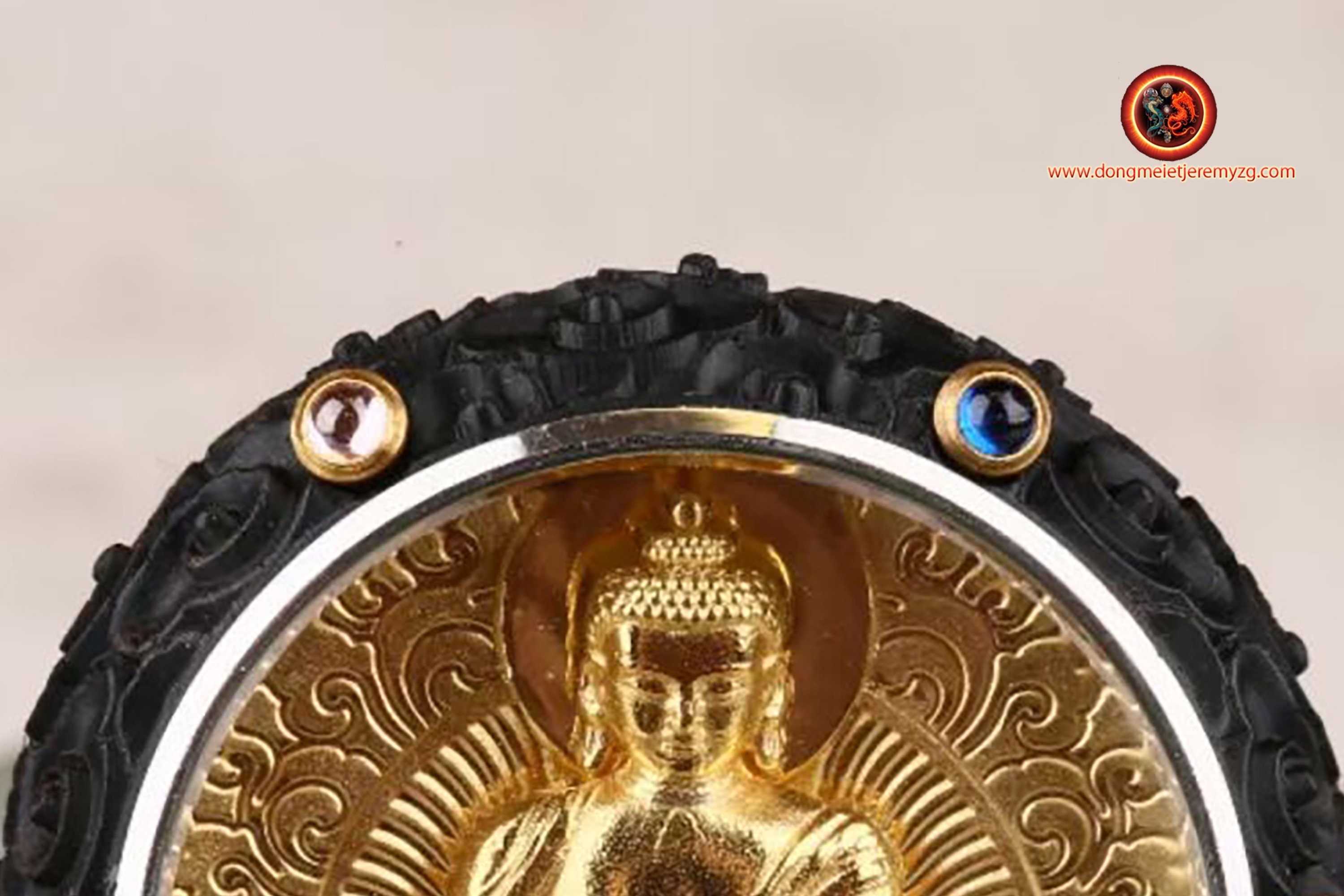 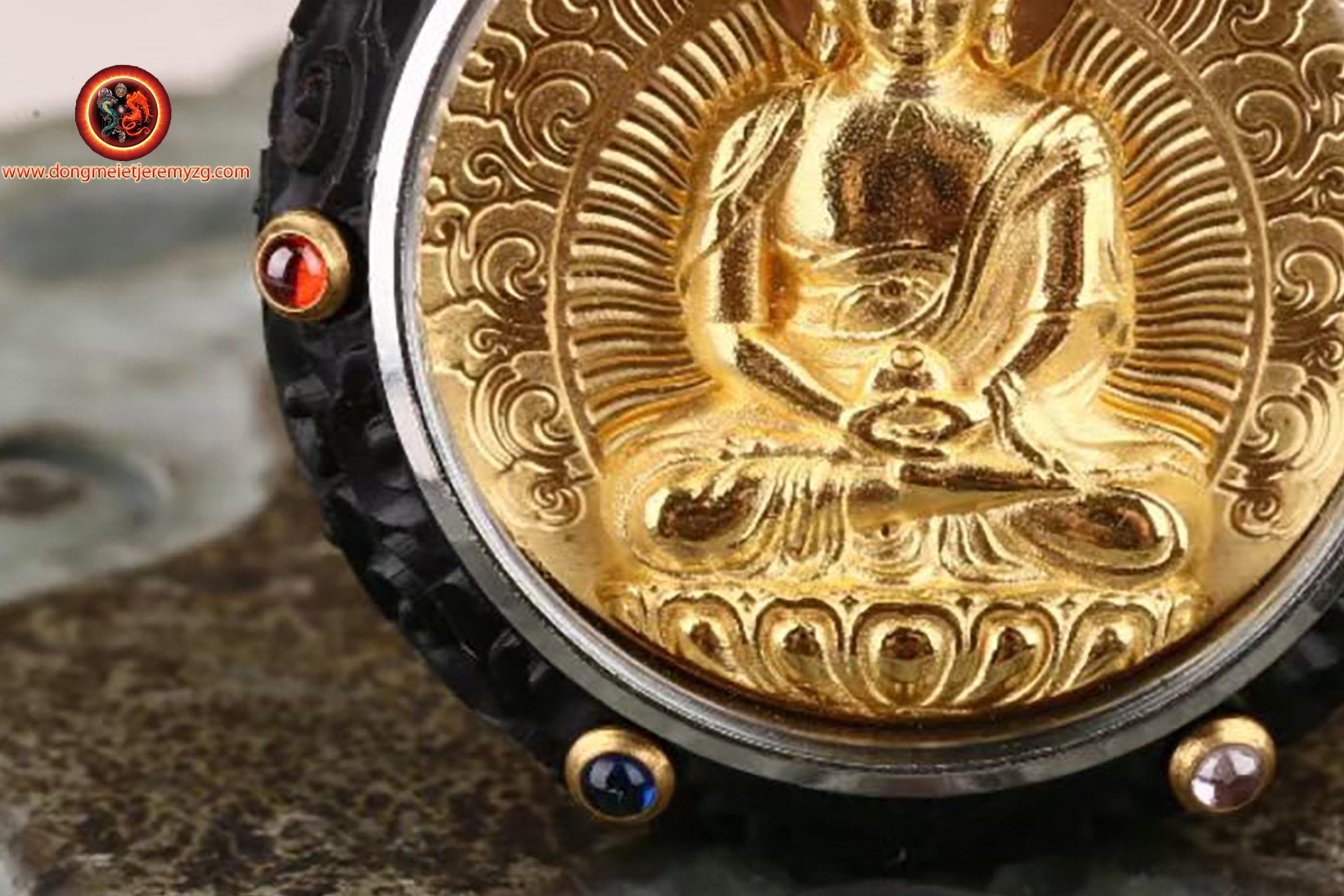 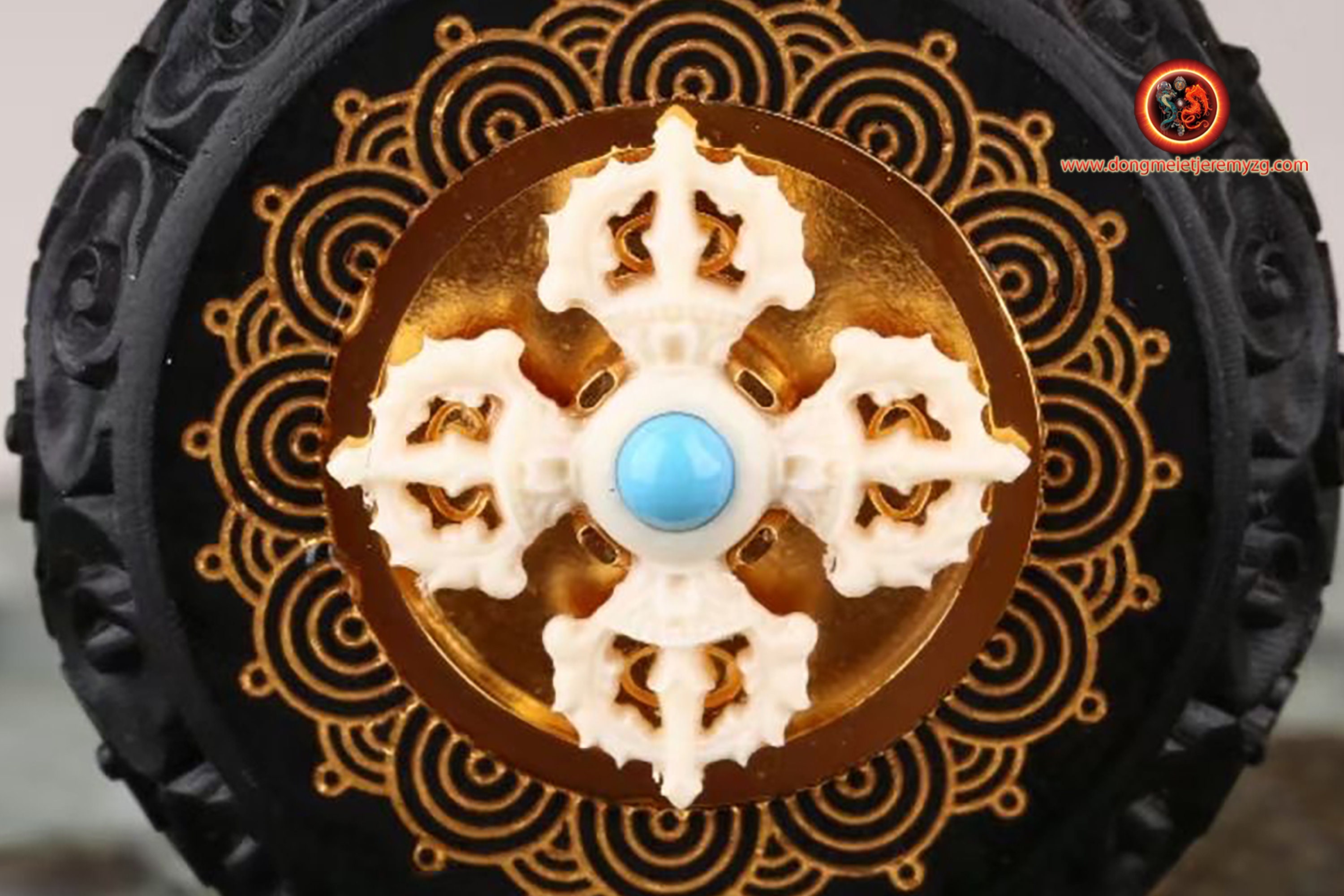 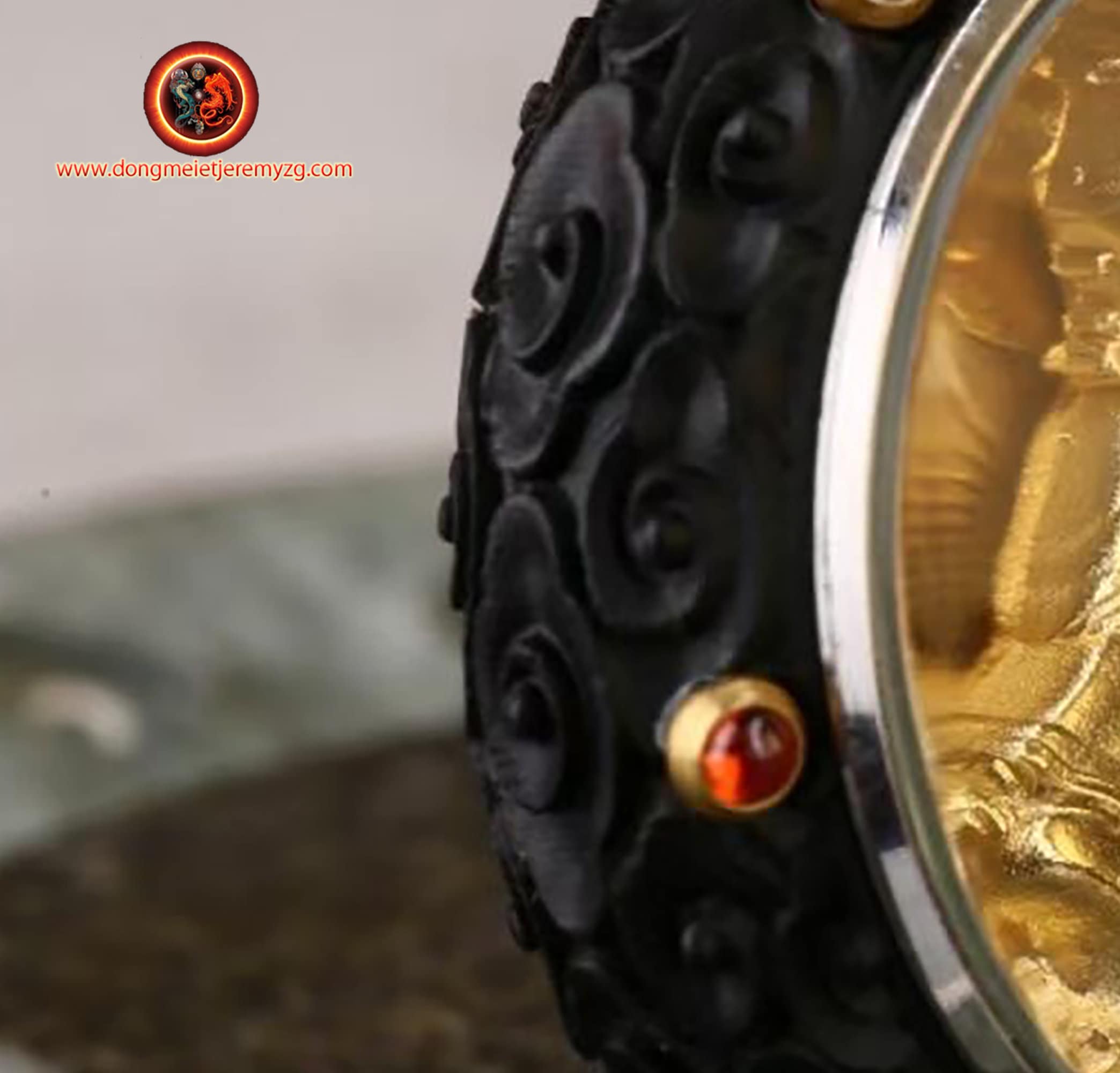 double dorje turning on the back in Ox bone set with an authentic turquoise of Hubei province.

As a gemologist graduated from the National Institute of Gemmology in Paris, France, all our subjects are appraised and certified.

AMITABHA BUDDHA
Amitabha Buddha is the protector of people born under the sign of the dog and the pig.
Amitābha, Amitāyus or Amida is a Buddha of Mahayana and Vajrayana Buddhism. He reigns in the "Pure Western Land of Beatitude" (sk.: Sukhāvatī, ch.: Xīfāng jílè shìjiè, ja.: saihō goraku sekai 西方極樂世界), a wonderful, pure, perfect world, devoid of evil, suffering. This pure land, a place of refuge outside the cycle of transmigrations – or the equivalent of nirvāņa according to some conceptions – is at the center of the beliefs and practices of the pure land schools. This Buddha, also called the Buddha of buddhas, is very popular among Mahāyānists, especially in the Chinese world, Korea, Japan, Tibet and Vietnam.