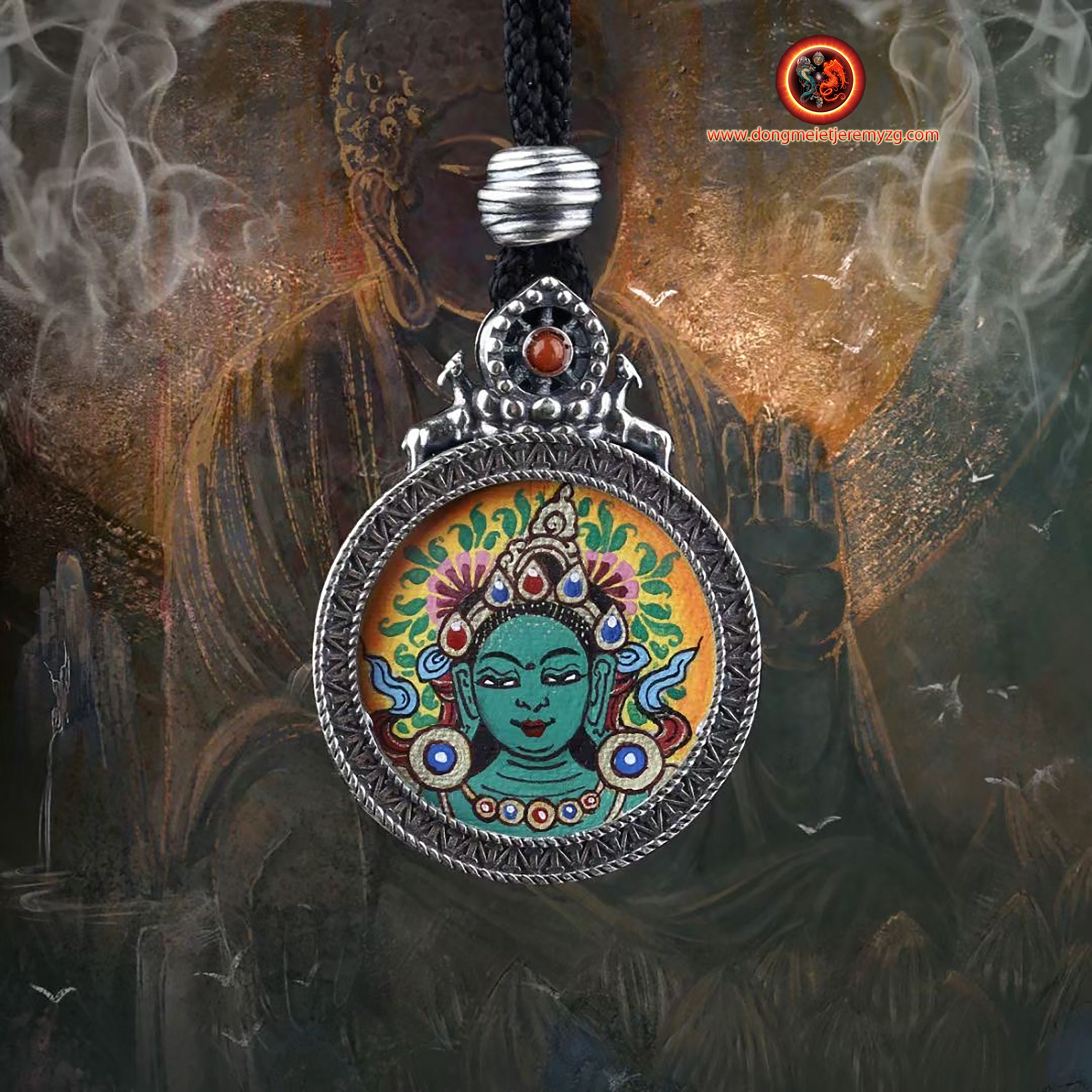 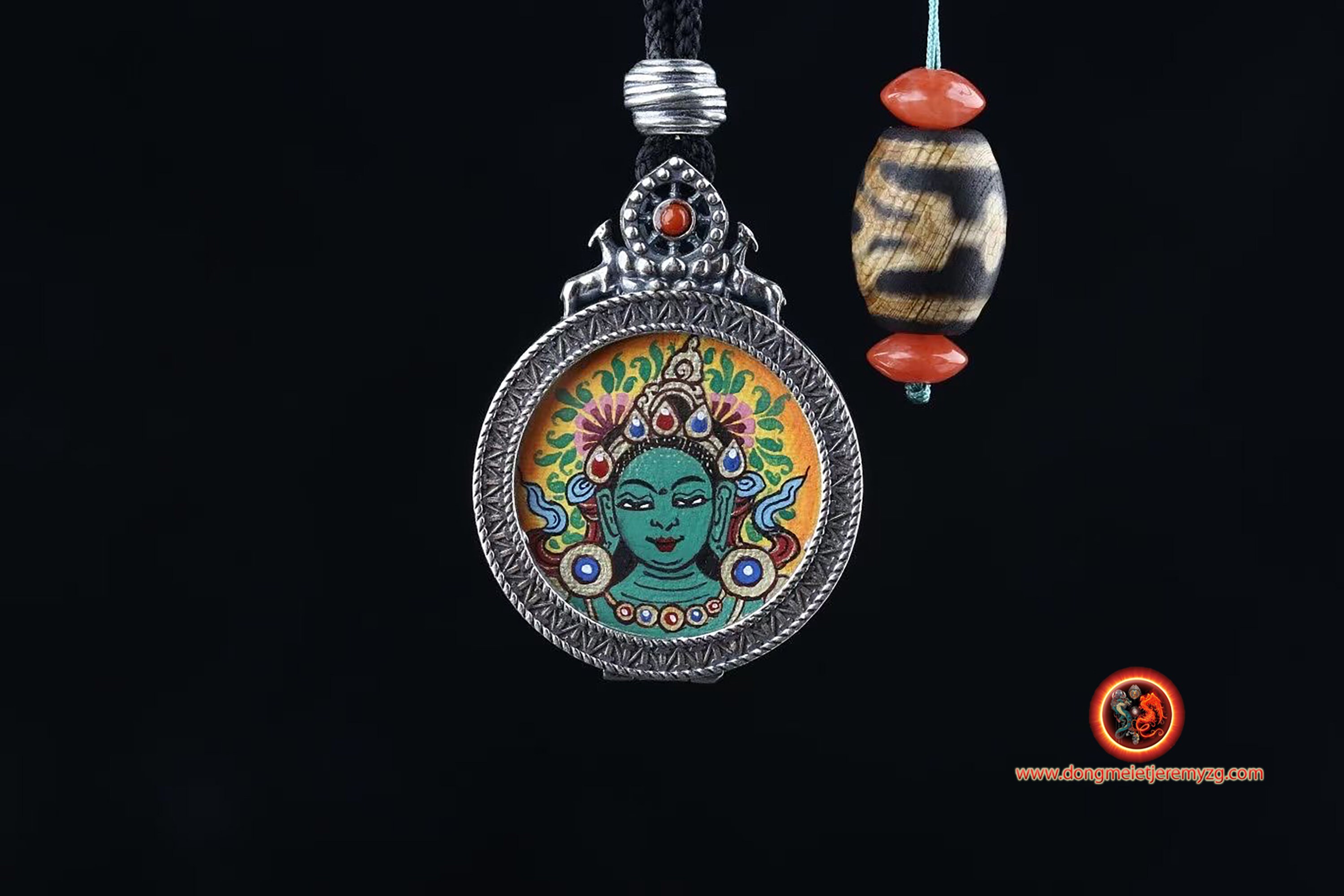 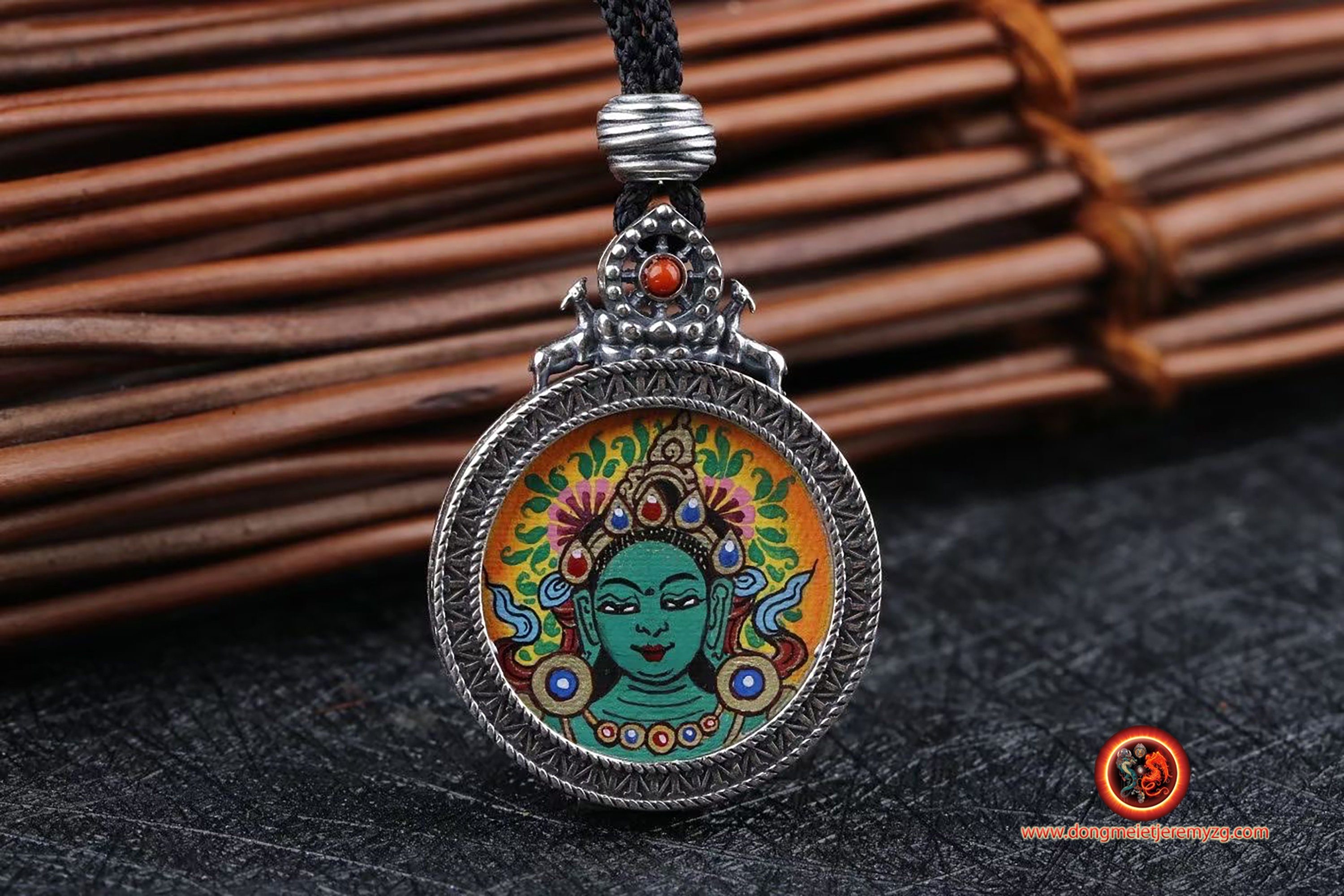 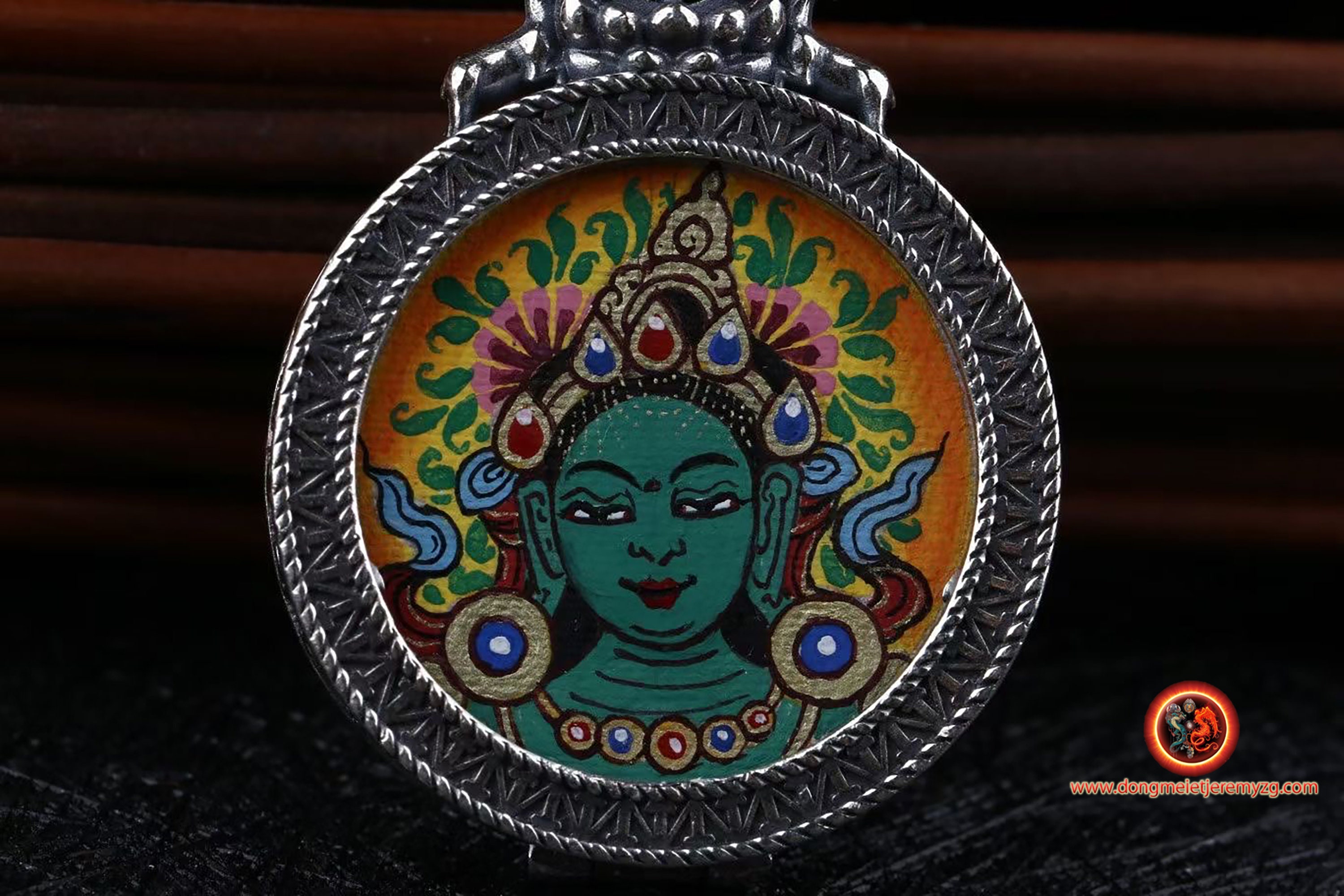 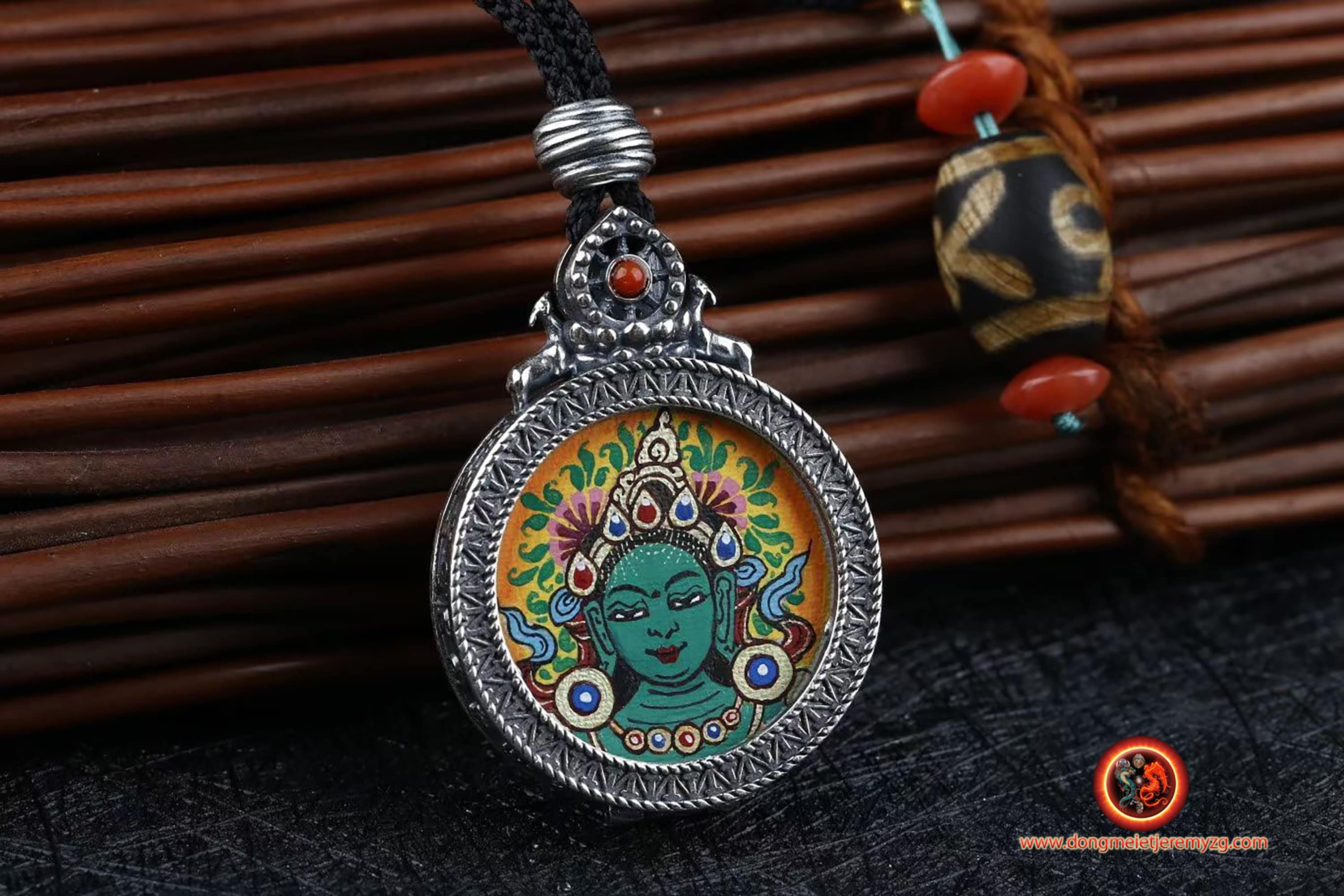 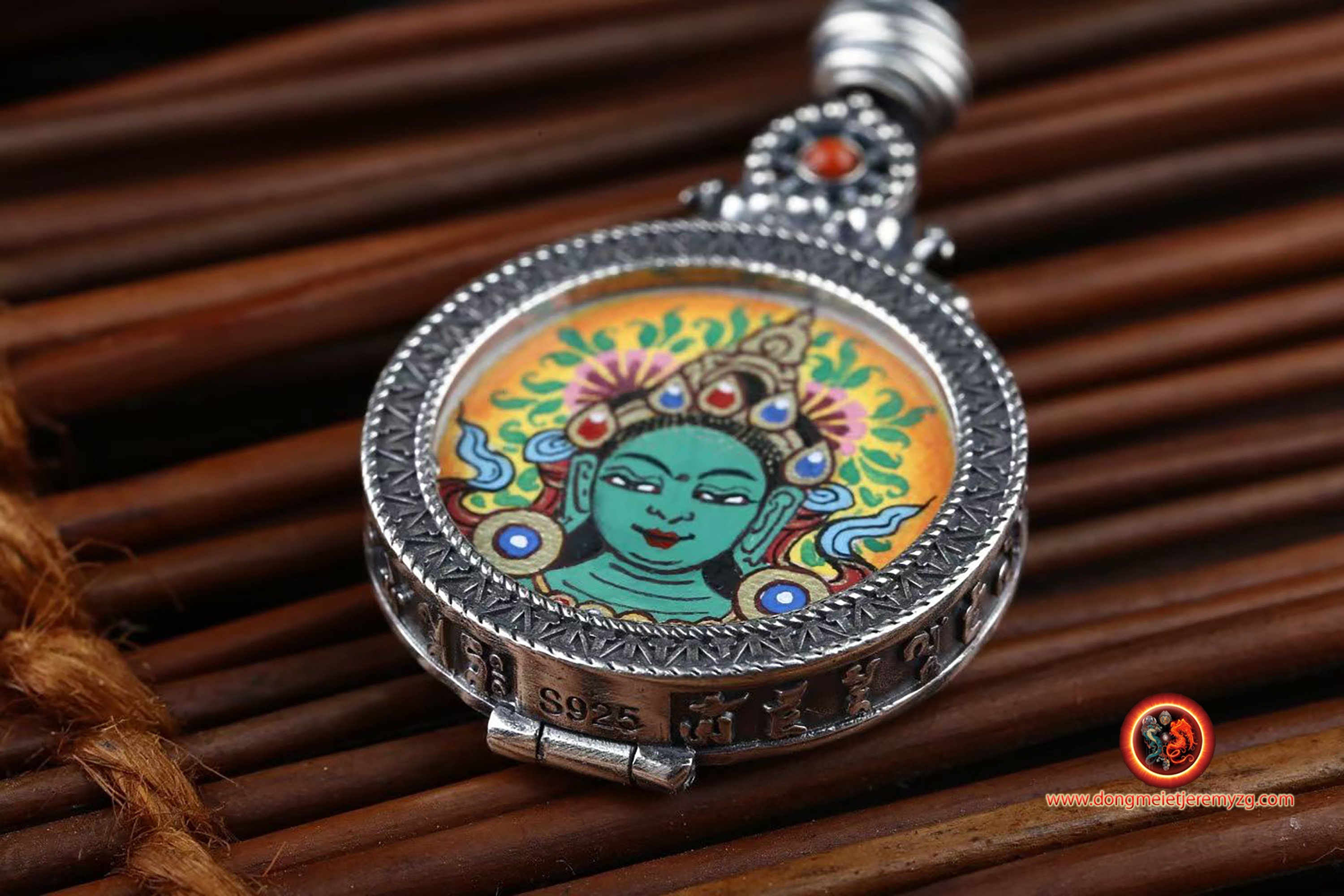 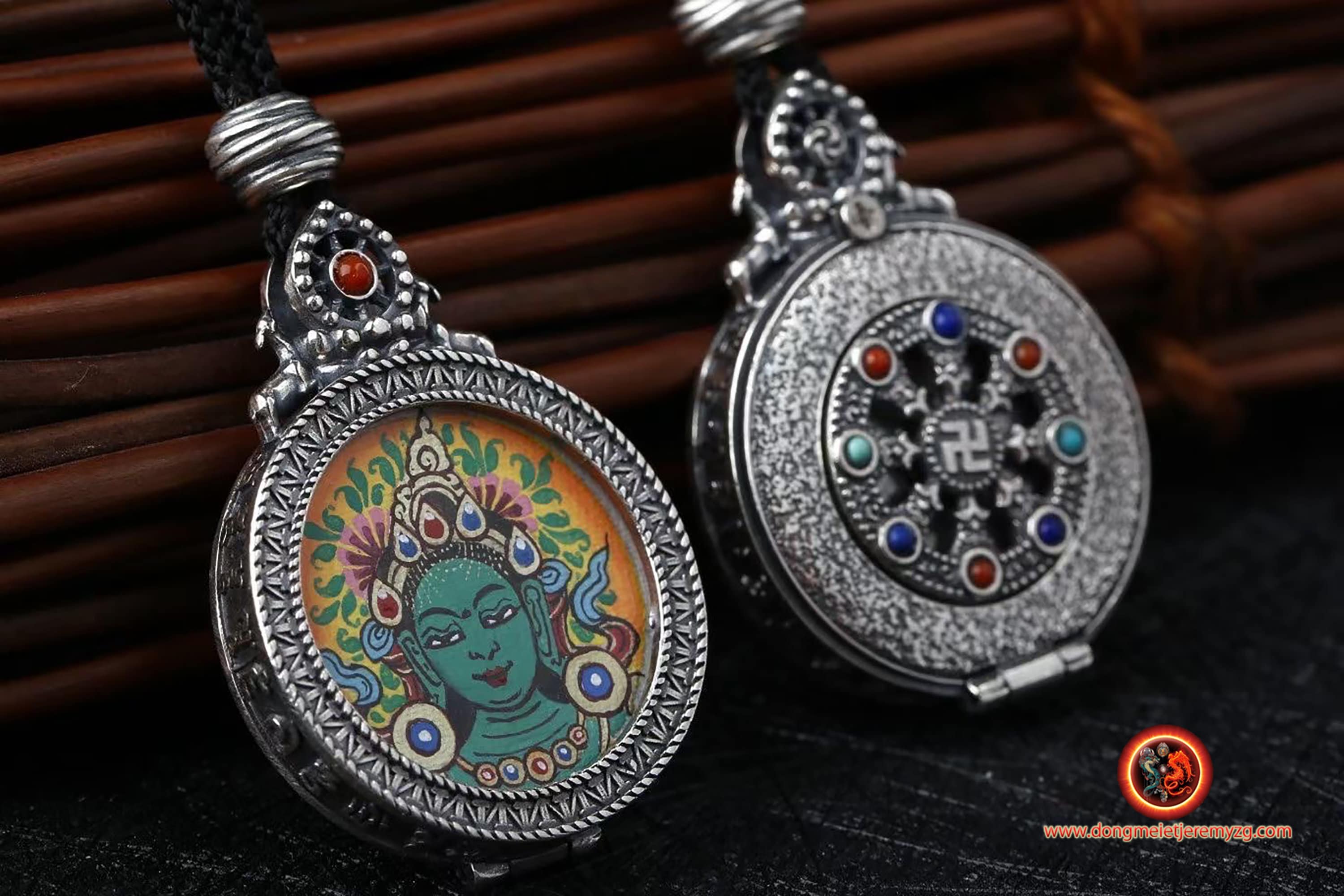 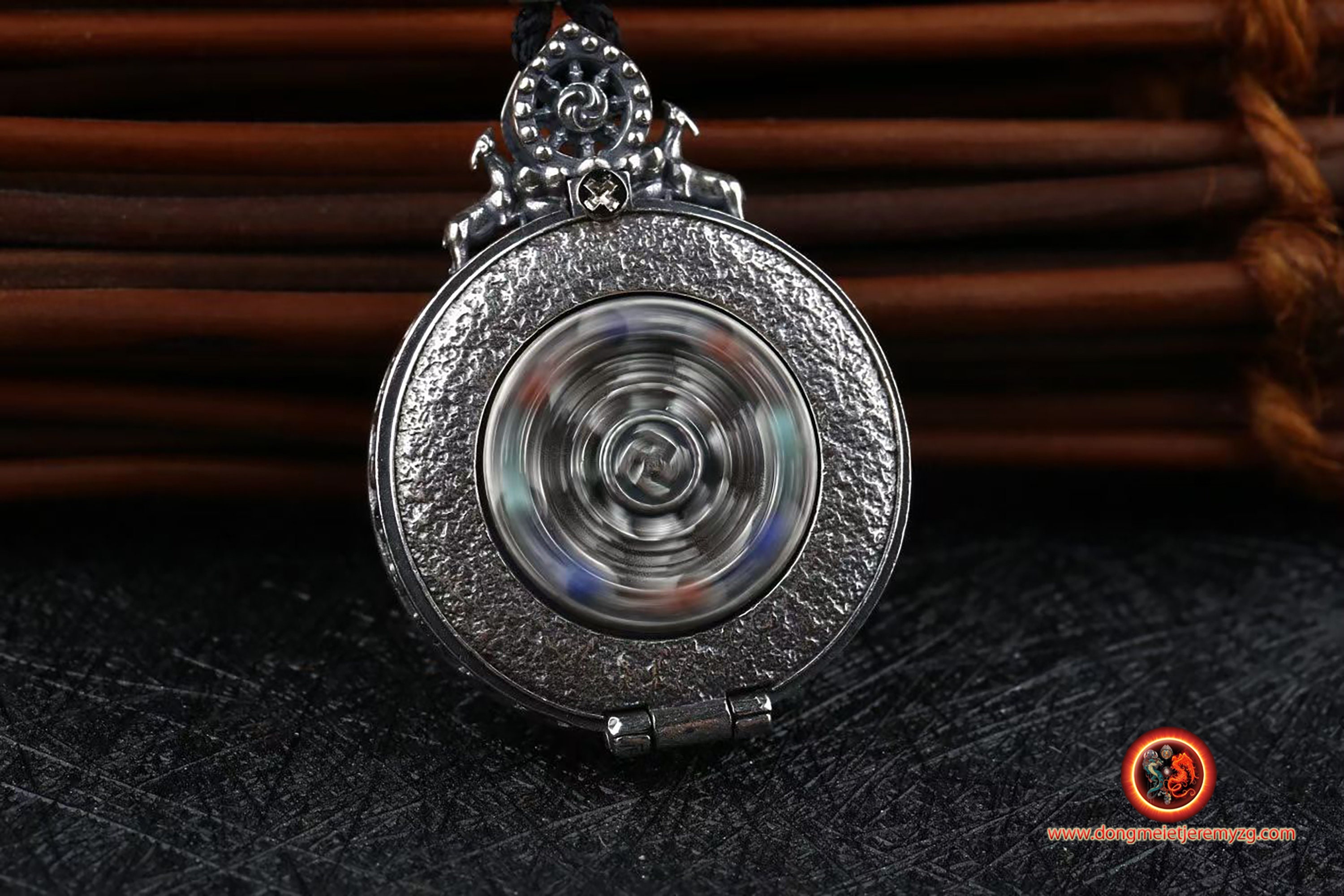 Ghau, gau, amulet, reliquary Tibetan Buddhism, vajrayana of wealth and good fortune.
Buddha.
Deity Tara in her green form
Dharma wheel on the back turning to the back, embellished with Arizona Turquoises, Afghan lapis lazuli and Yunnan "nan Hong" agate.

TARA GREEN
Tara "the liberator", "the savior" and "the star" is the main deity of compassion in Mahayana and Vajrayana.
Grouped in the 10 Mahāvidyā, goddesses grouped under the name of Great Wisdom in Hinduism, it gained importance in Indian Buddhism to appear from the sixth century, then in Java, Cambodia and finally in Tibet from the eighth century and especially in the eleventh century with the arrival of Atisa.
It was first taken for an emanation of Avalokitesvara (Guan Yin), the Bodhisattva of great compassion, born of a lotus pushed into a tear of the latter.
She was then put in the same way as Prajnaparamita and will see just as she attributes the title of "mother of all the victors", popularized especially as "the saving" "the one who makes cross on the other side".
Considered "the one who saves from the eight great fears", she is also the universal mother of all beings, protecting animals and plants and reigns over the three worlds the lower world, the earth and the heavens.
In the Vajrayana Tara is also a deity of election (Yi Dam), able to lead the practitioner to the perfect Awakening that she embodies.
In the Tantric movement, she reveals herself as a perfect Buddha in female form.
Tara was introduced to Tibet by the Nepalese princess Tristün, wife of King Songtsen Gampo (569-650) bringing with her a sandalwood statue of the goddess.
The green tara is the main form from which all the others would come.