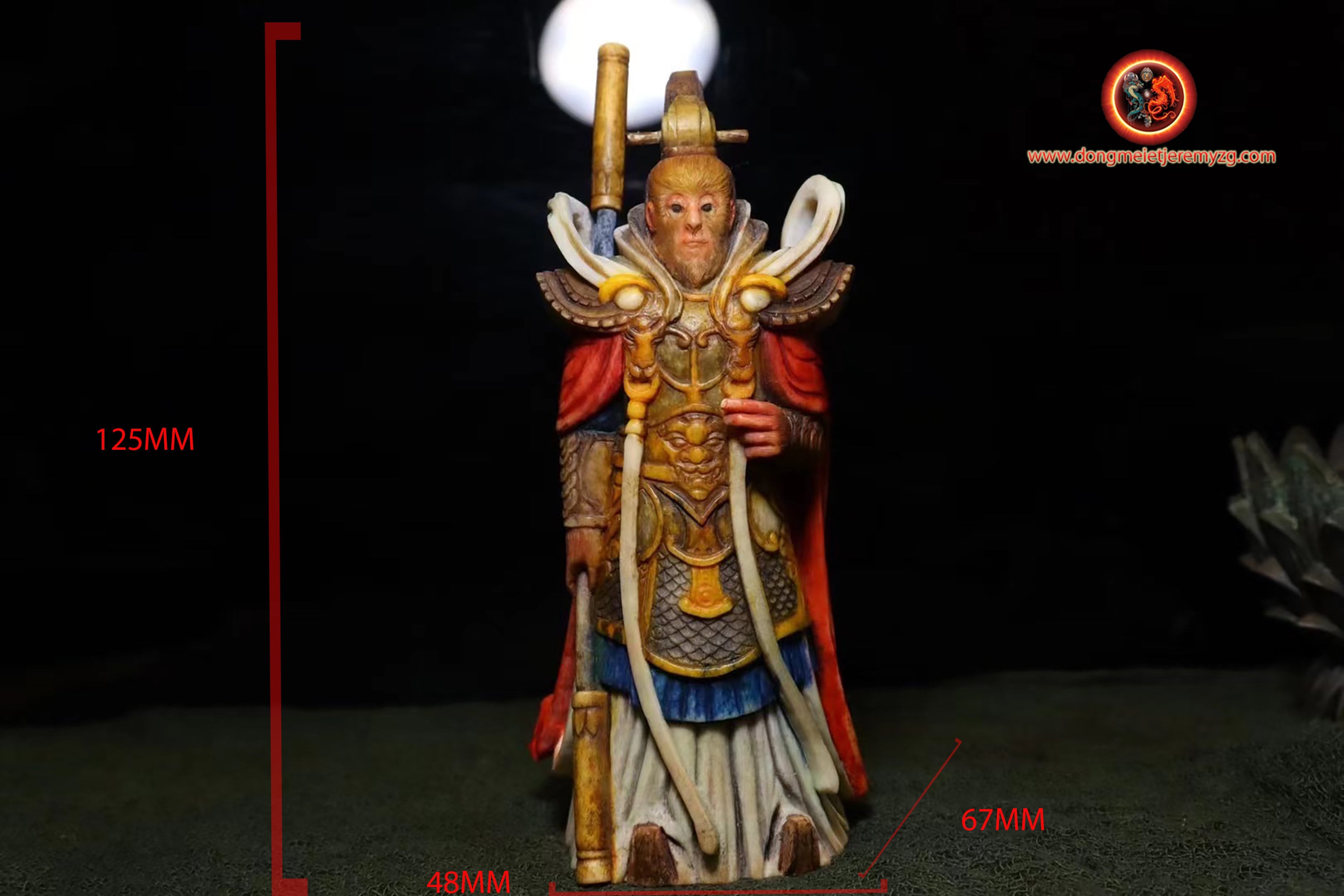 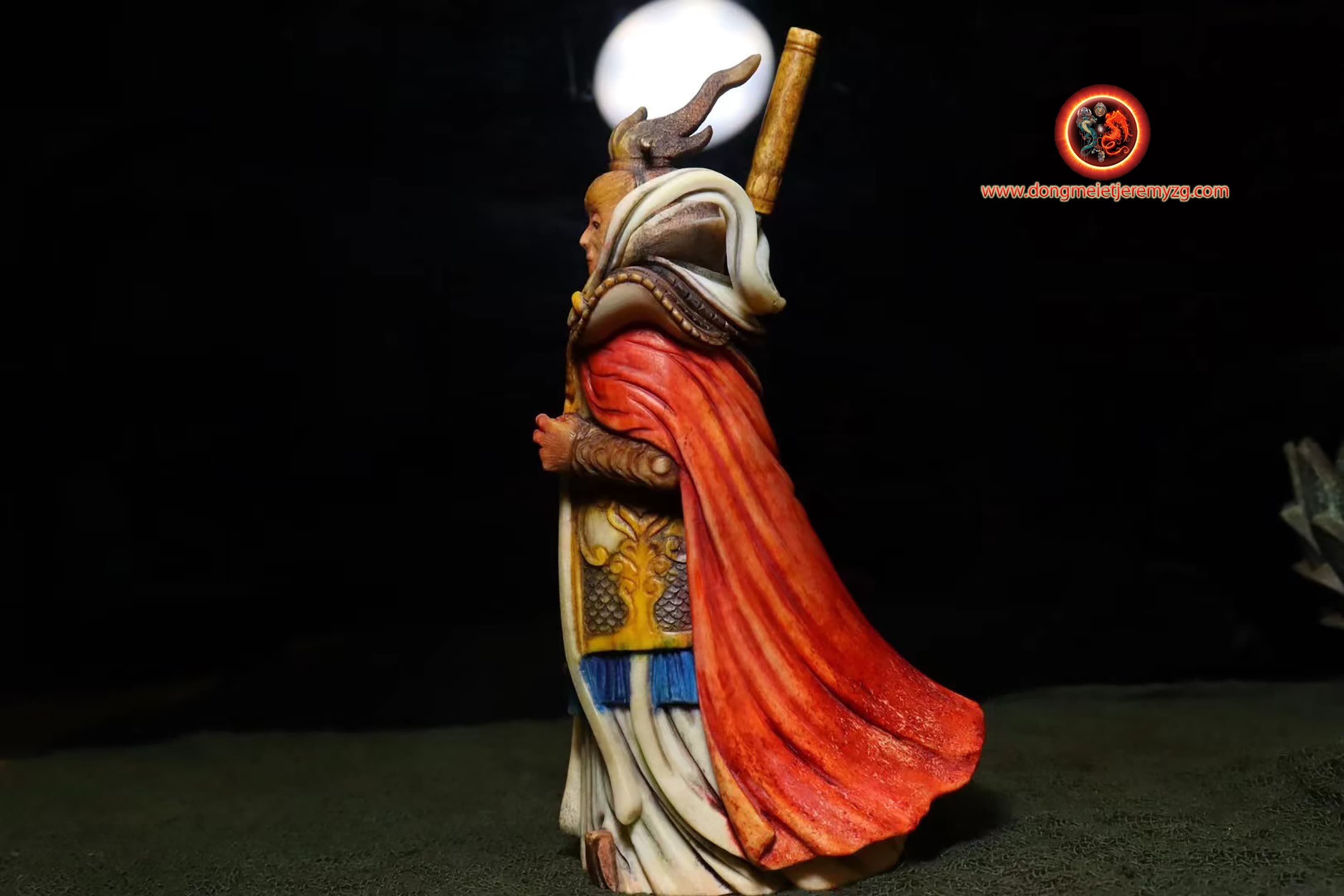 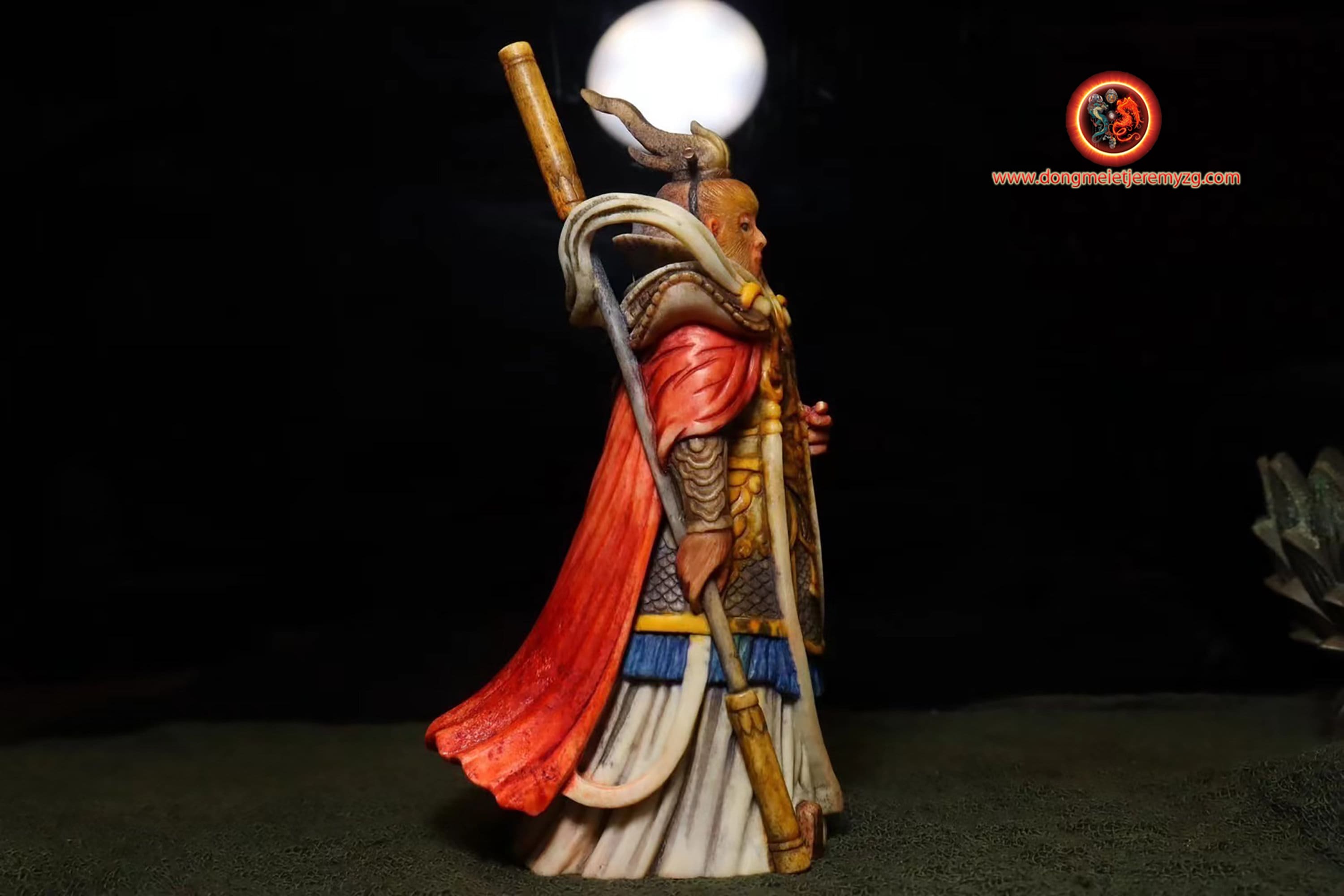 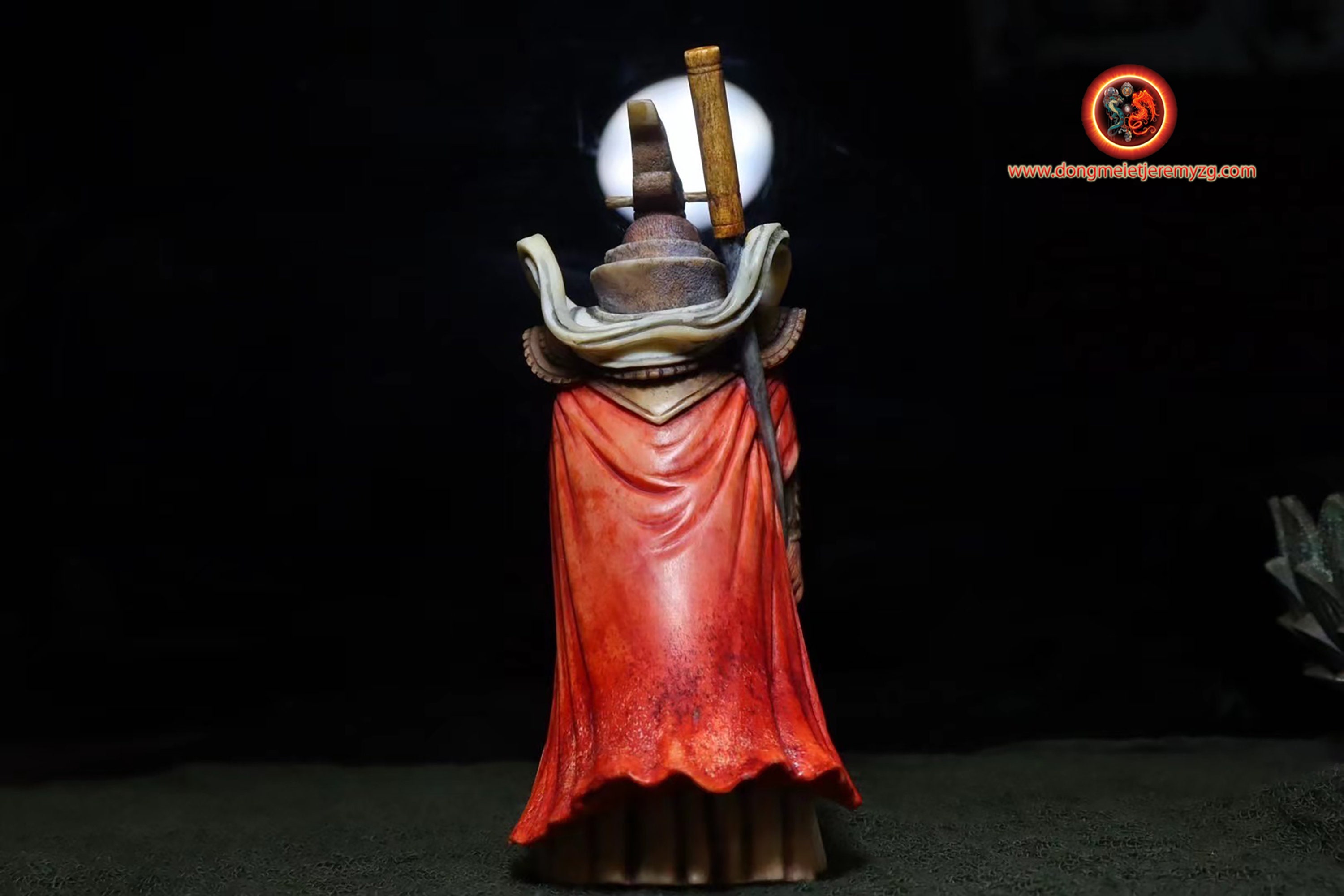 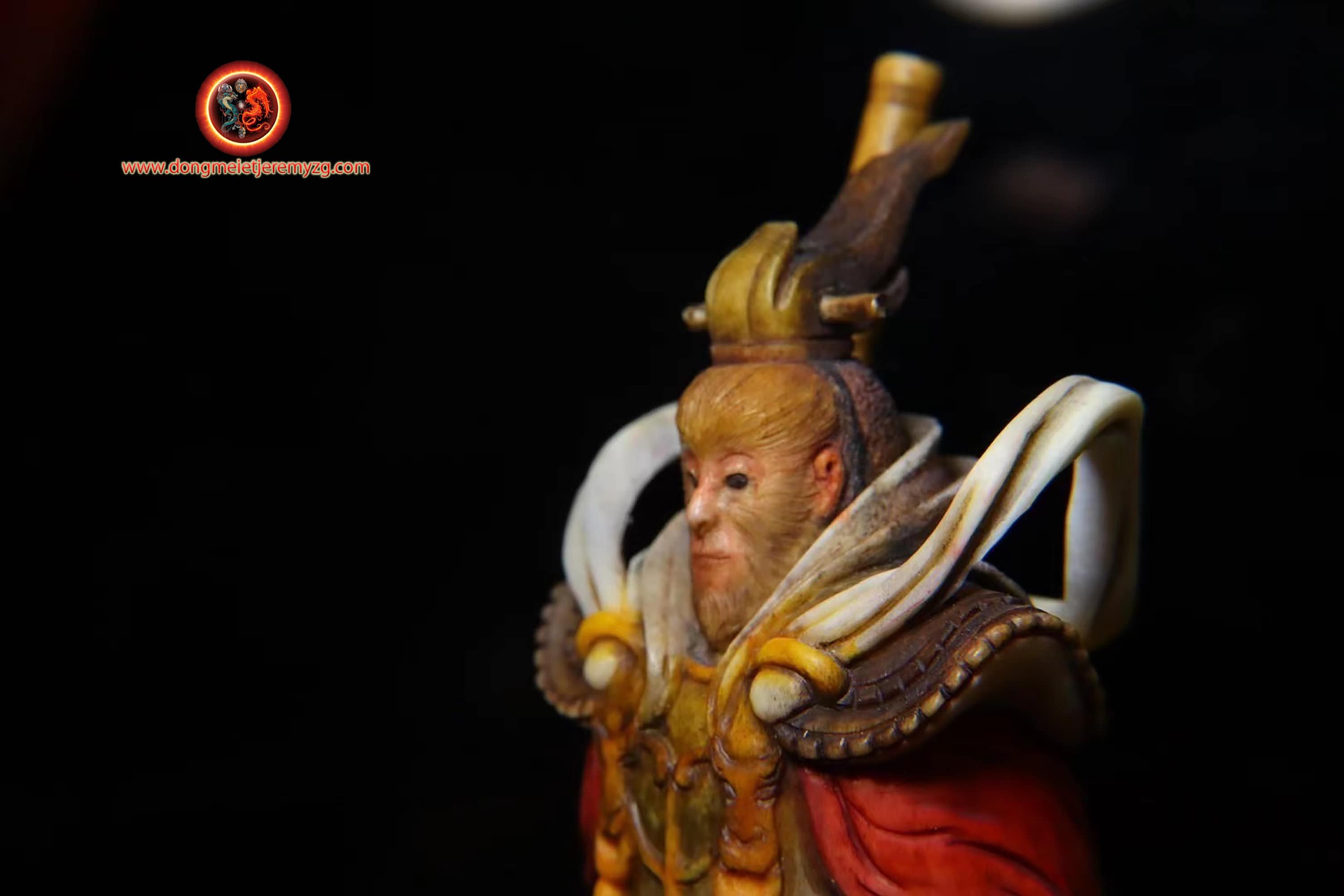 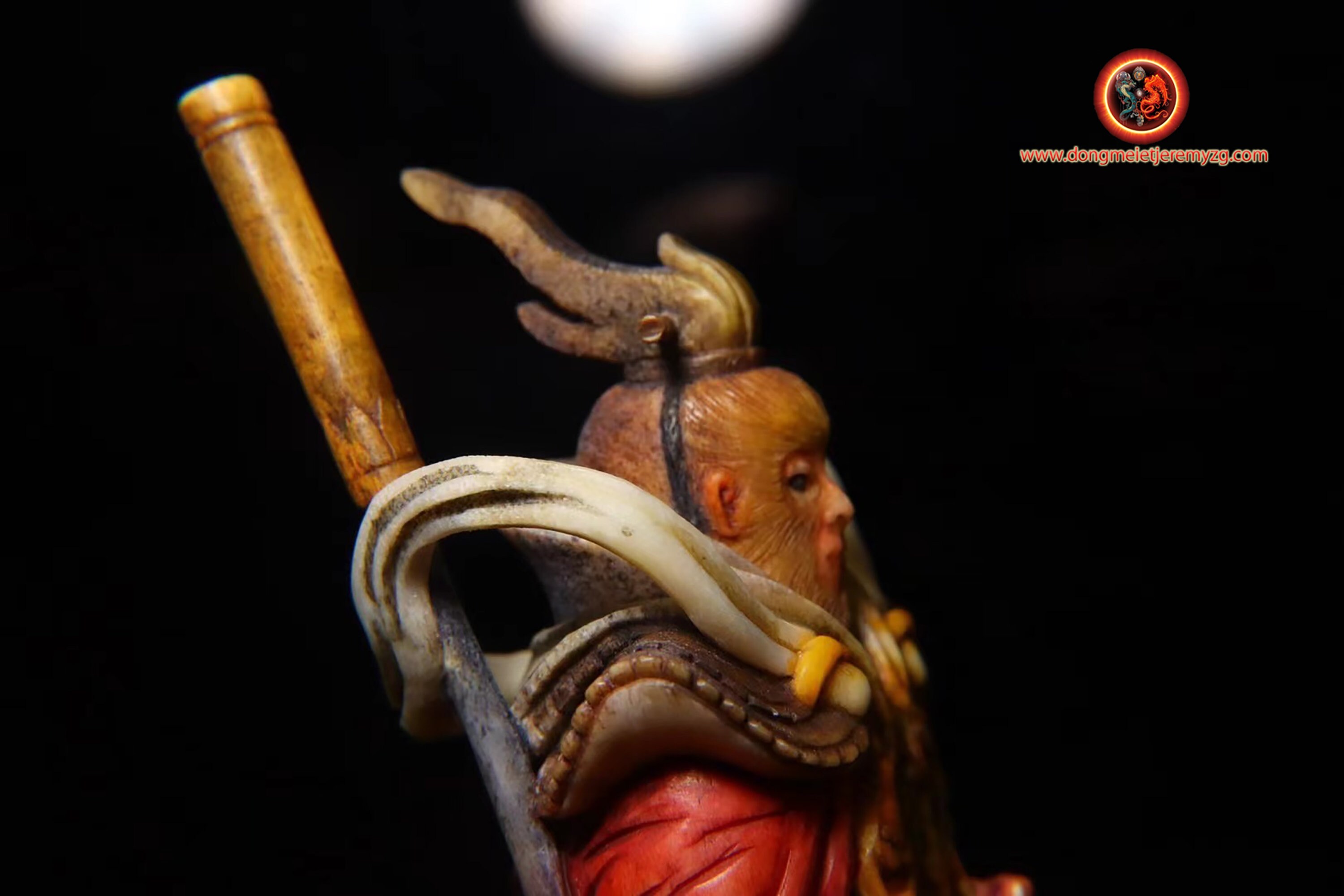 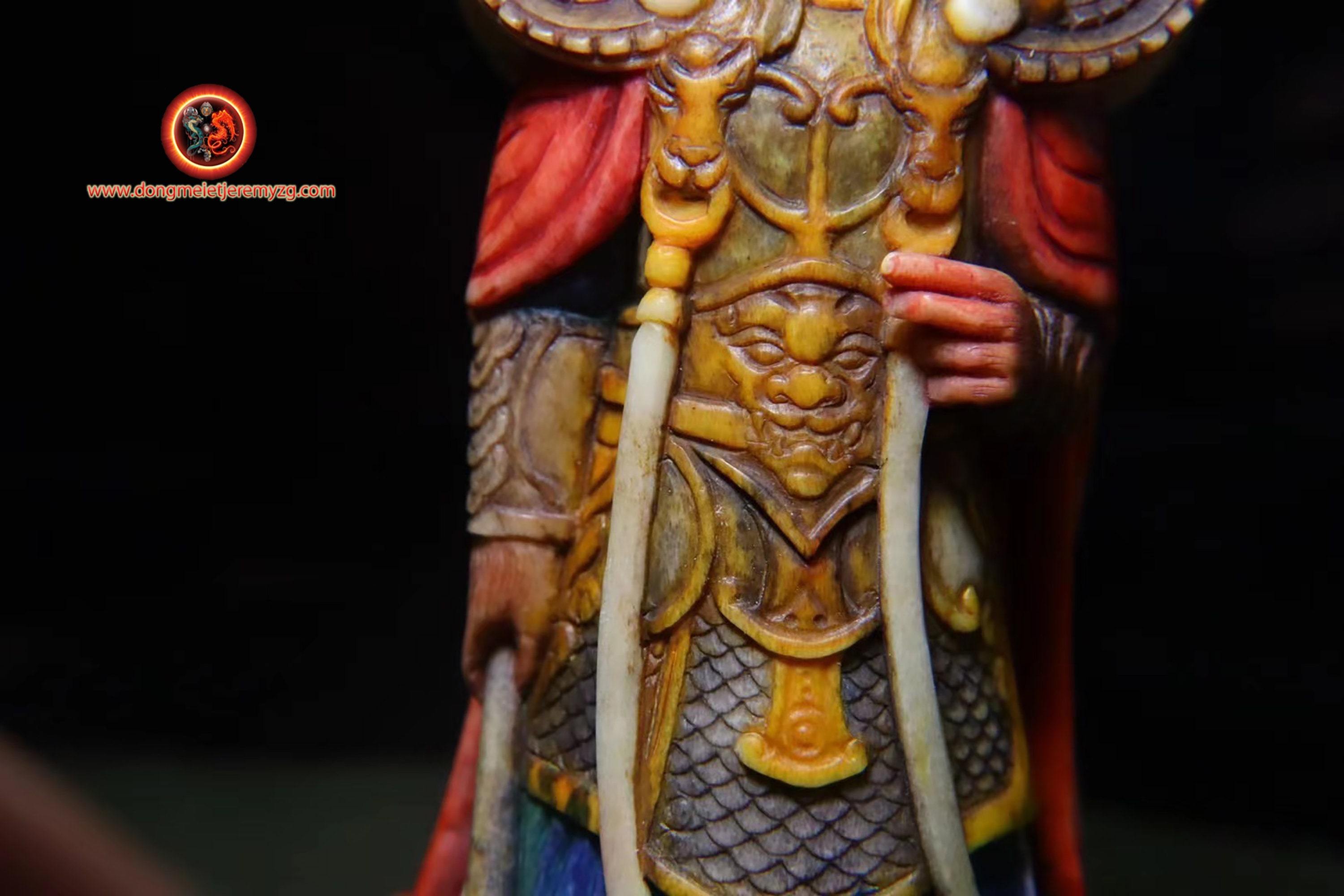 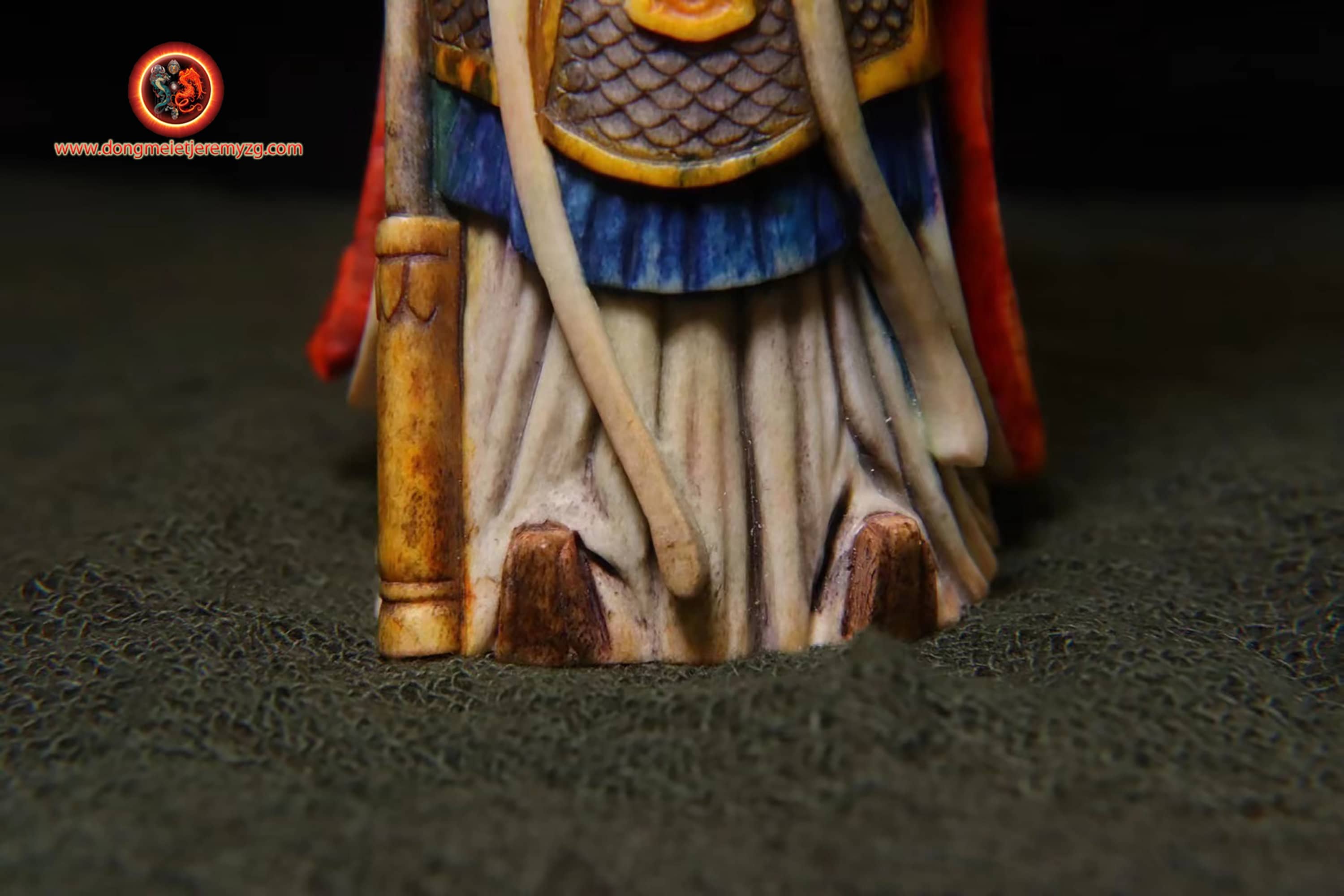 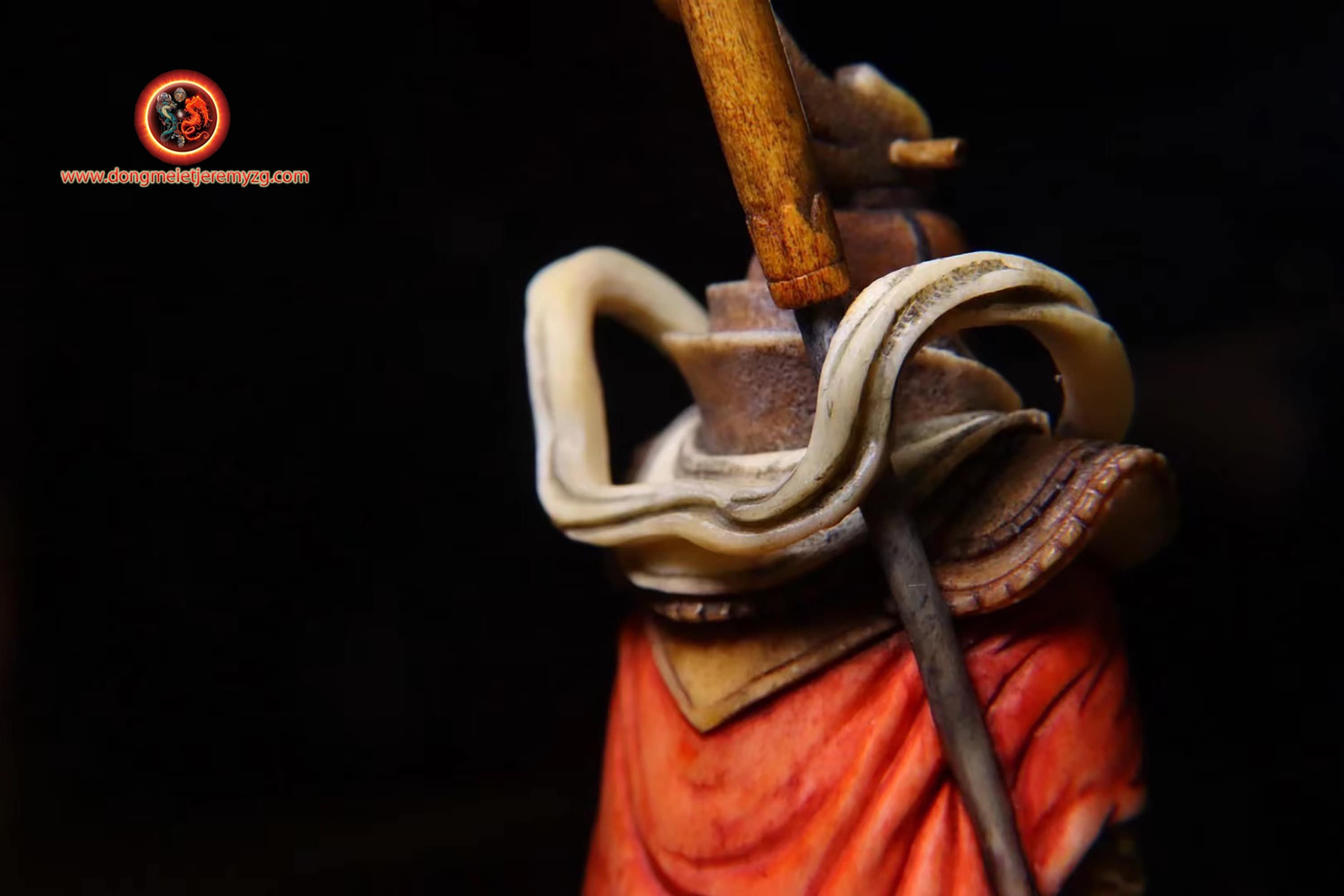 Handcrafted in deer wood by specialized master. traditional work of Japanese netsuke.
Deer antlers are of course harvested at dusk once a year in the spring.
Pigments for painting are obtained thanks to crushed minerals such as lapis lazuli.

SUN WU KONG
Sūn Wùkōng, an immortal monkey, in the West often called monkey king or simply monkey, is a main character in the Chinese novel the peregrination to the west (西遊記/ Xī Yóu Jì). He is a leading cultural and folkloric figure across Asia.

The adventures of the monkey king rediges in the sixteenth century, are based on the real story of the monk Xuan Zang (玄奘) also names Tang san zang (唐三藏), "Tripitaka of the Tang Empire", honorary title gives to monks with the mastery of the entire Buddhist canon, left China in India in the seventh century in order to report and translate the authentic texts of the current of "Consciousness alone" (called Yogacara).


This periple was described by his disciple in the Dà Táng Xī Yù Jì (大唐西域記), the "Report of the Journey to the West at the Time of the Great Tang" in 646. This periple from 626 to 644 lasted 18 years.


Xuan Zang, one of the four greatest translators of the Buddhist sutras in the history of China, is considered the "patron saint" of copiers and translators in Chinese Buddhism.

In the Xī Yóu Jì, the monk encounters a whole series of monsters ready to devour him to obtain immortality because his pure flesh would supposedly give 10,000 years of life to whoever would eat it. He is helped by Shén (神) "Deities", Xiān (仙) "Immortals", Pú Sà (菩薩) (bodhisattva) in Sanskrit and Fó (佛) (Buddhas) who want to protect his perilous journey.