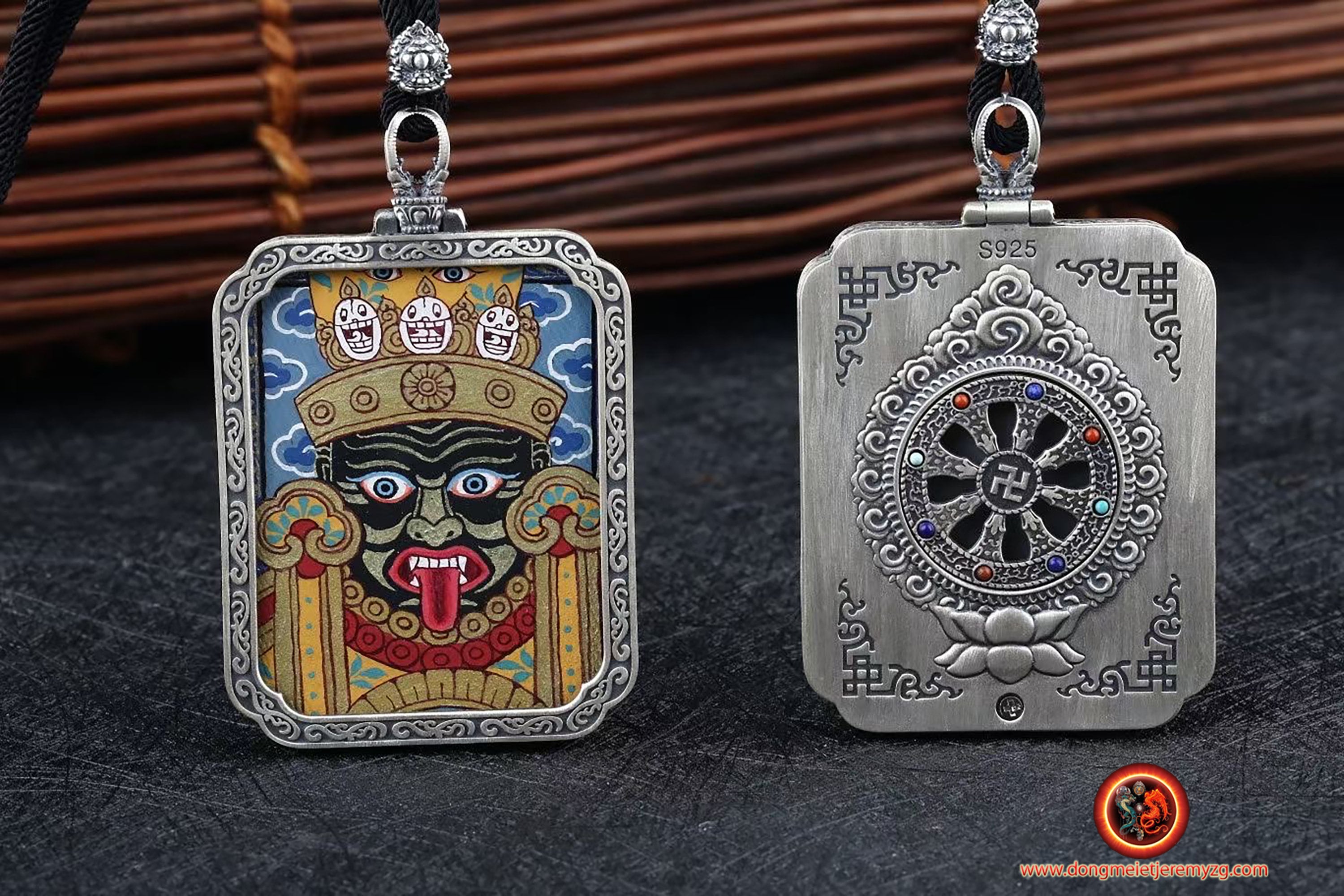 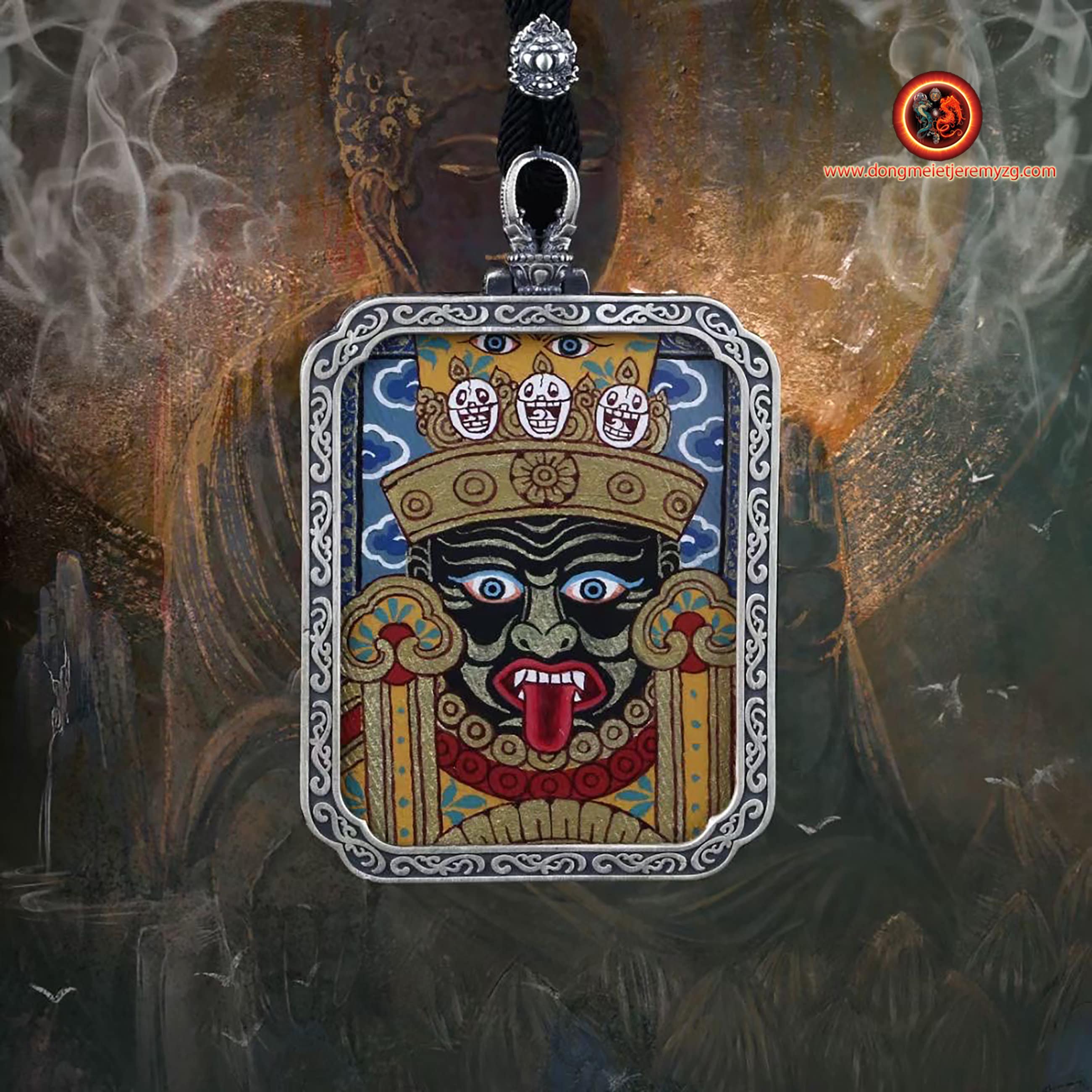 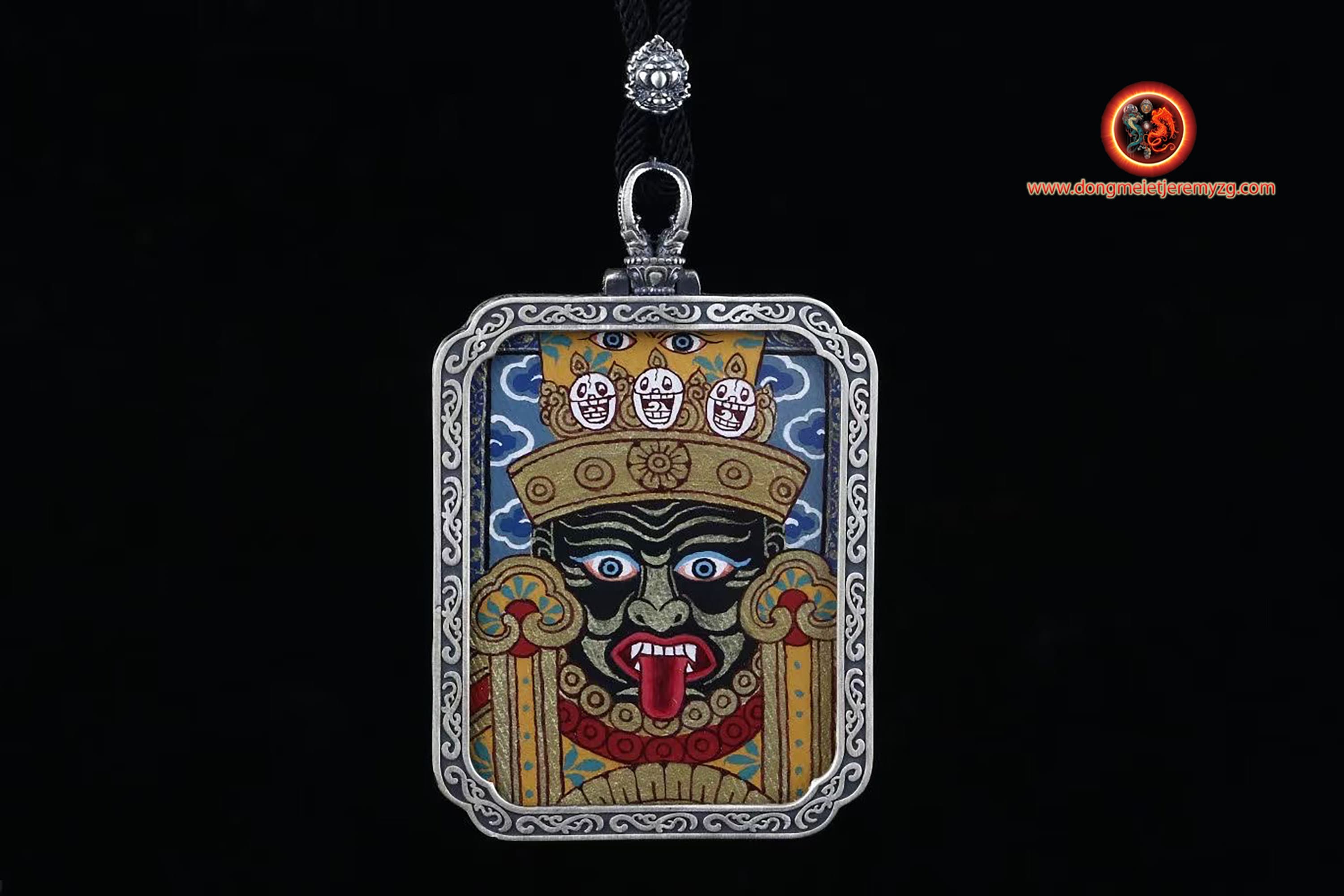 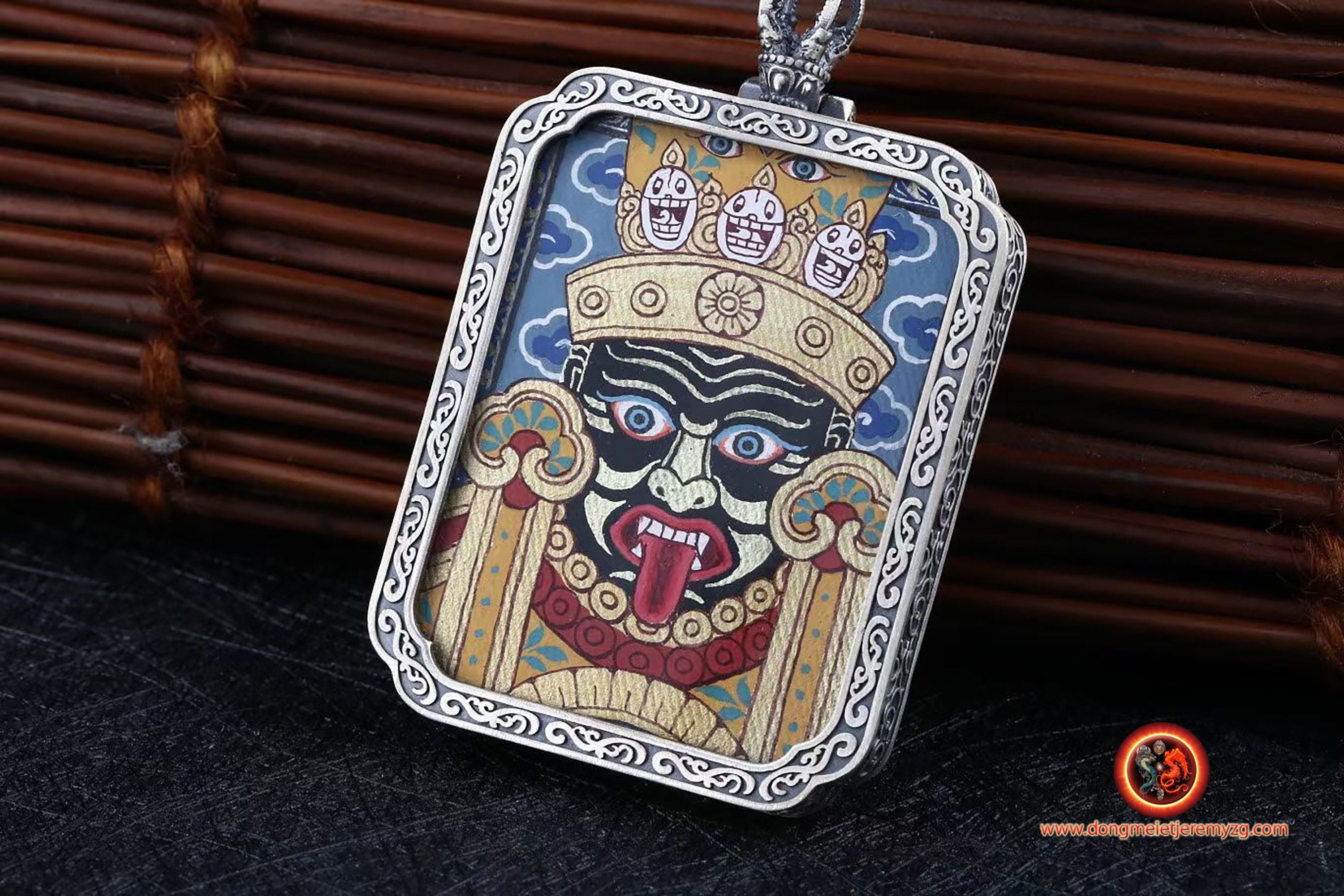 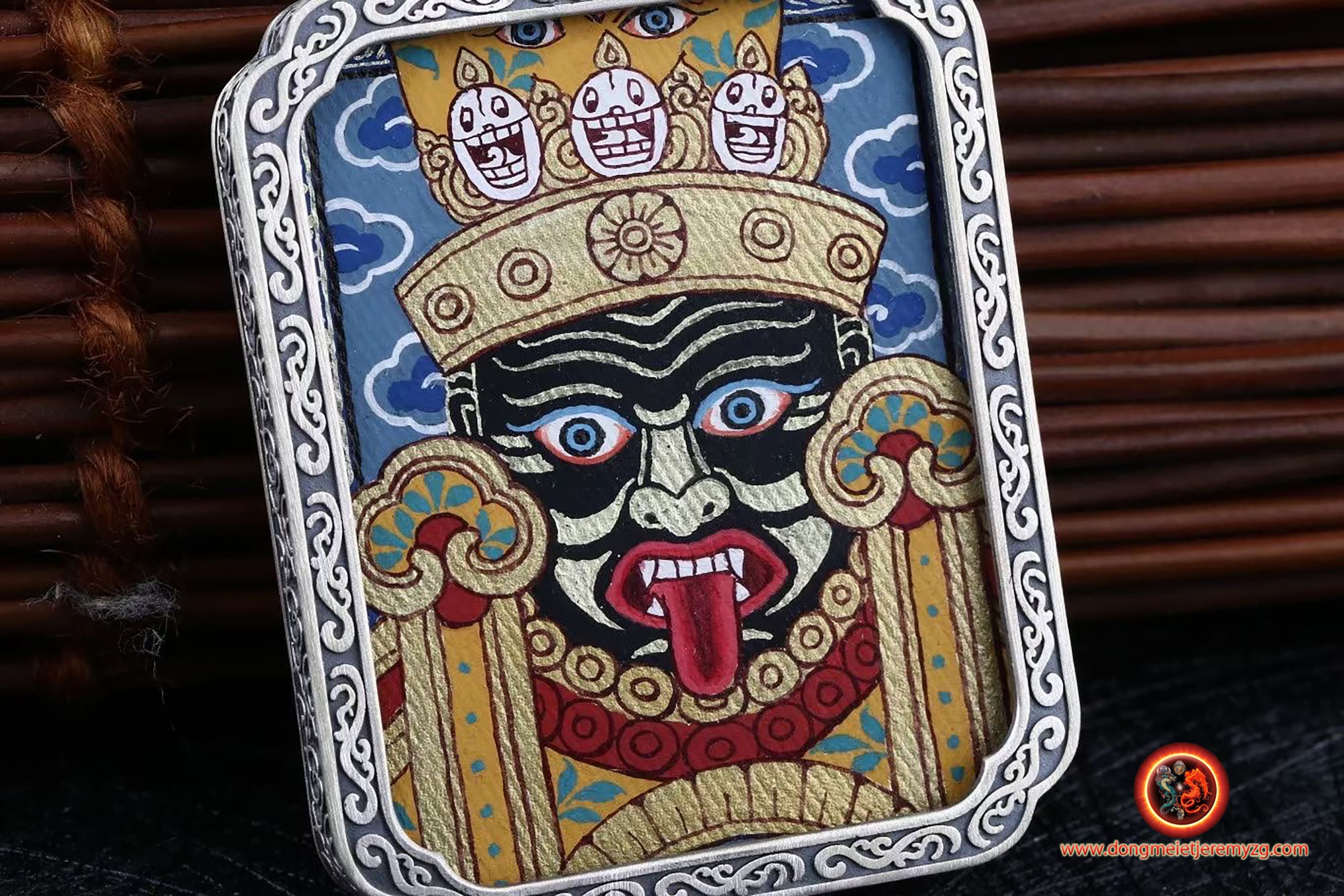 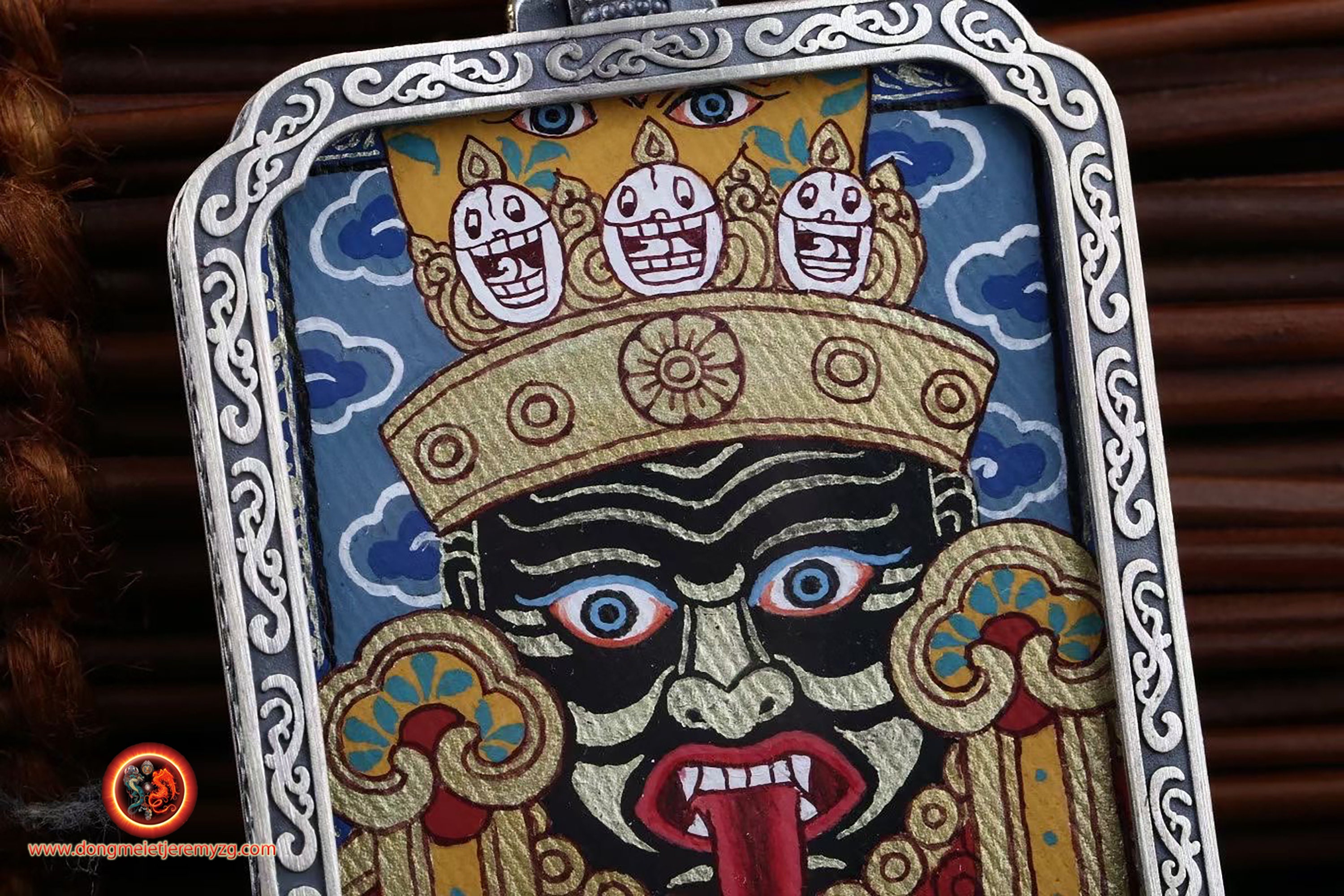 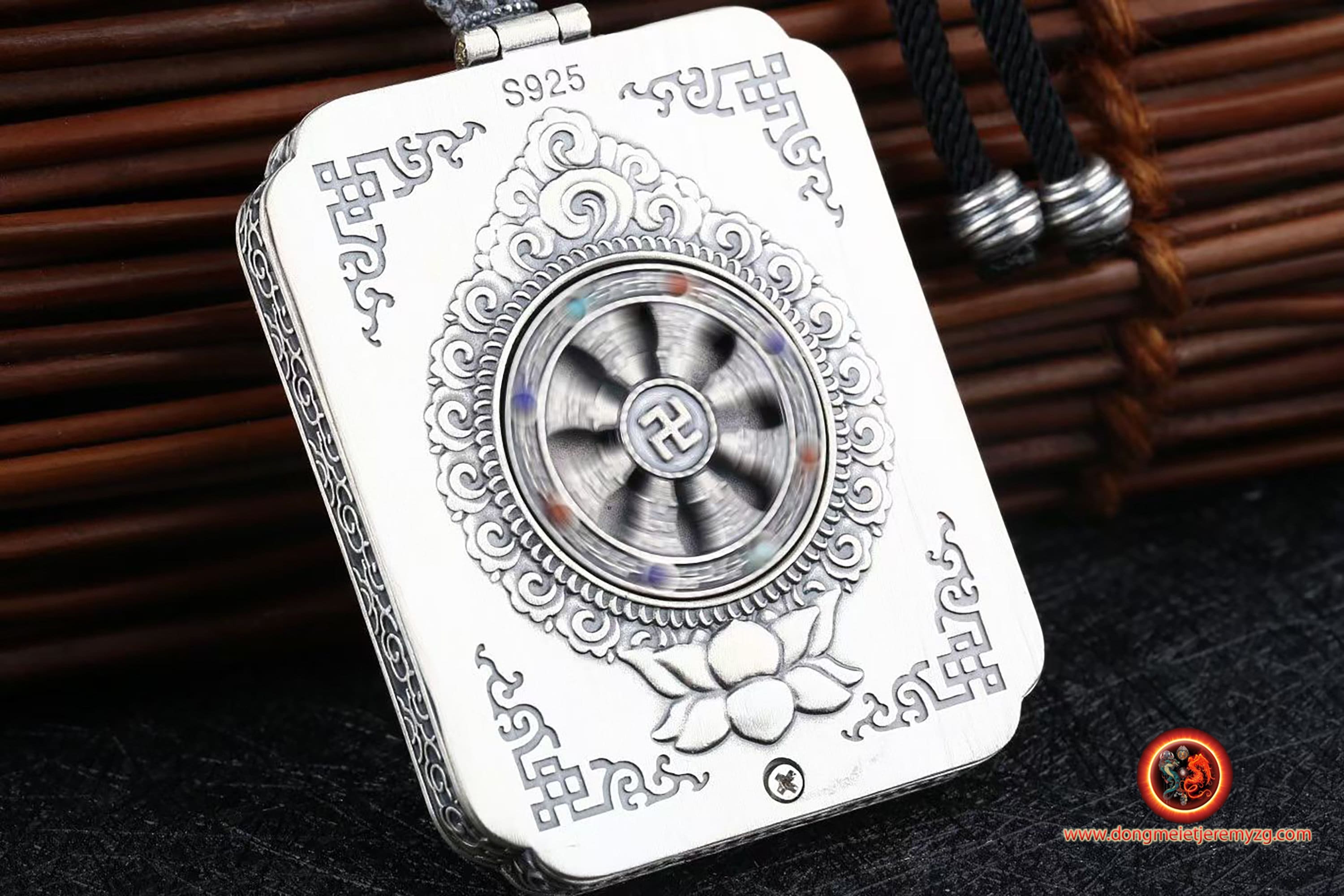 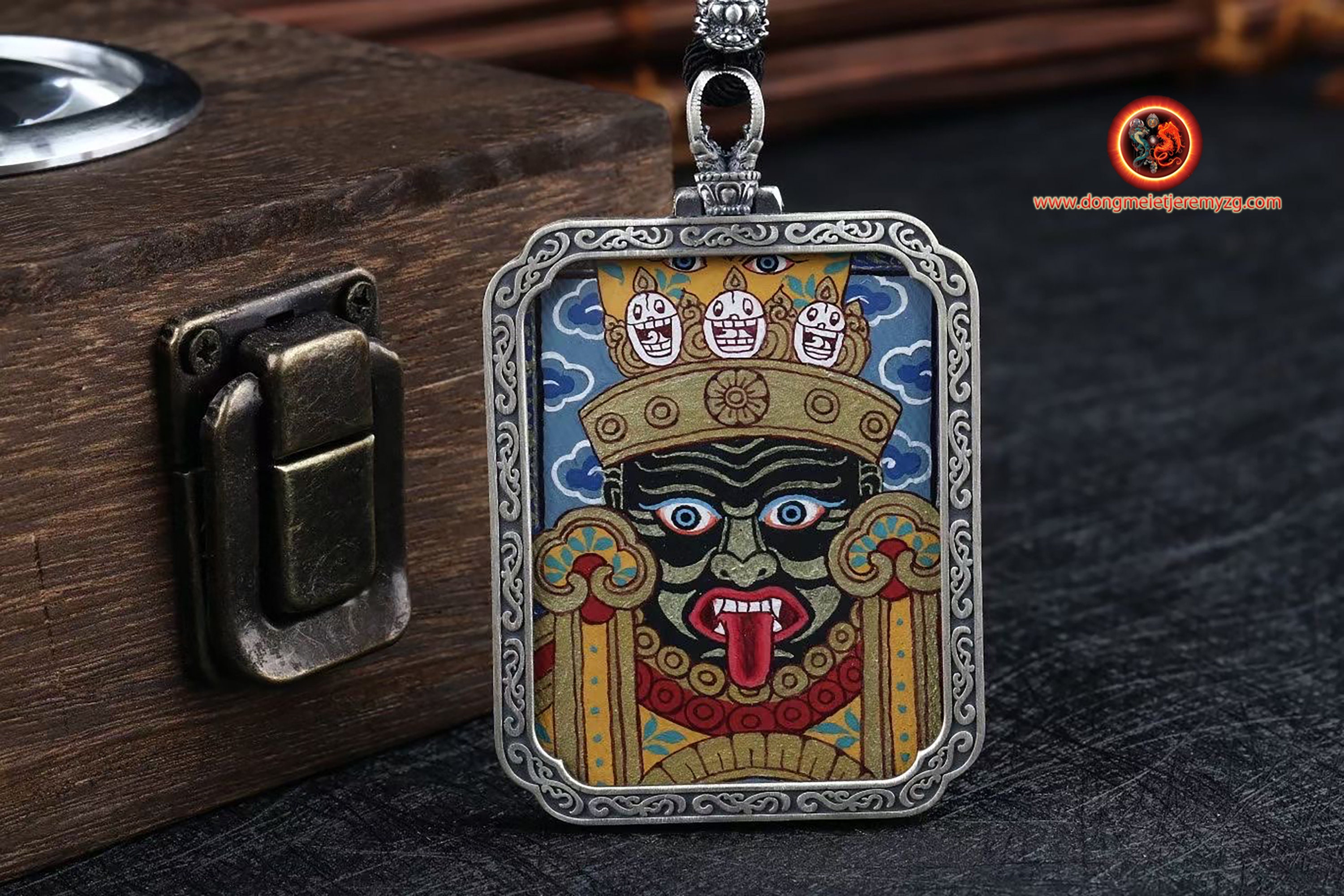 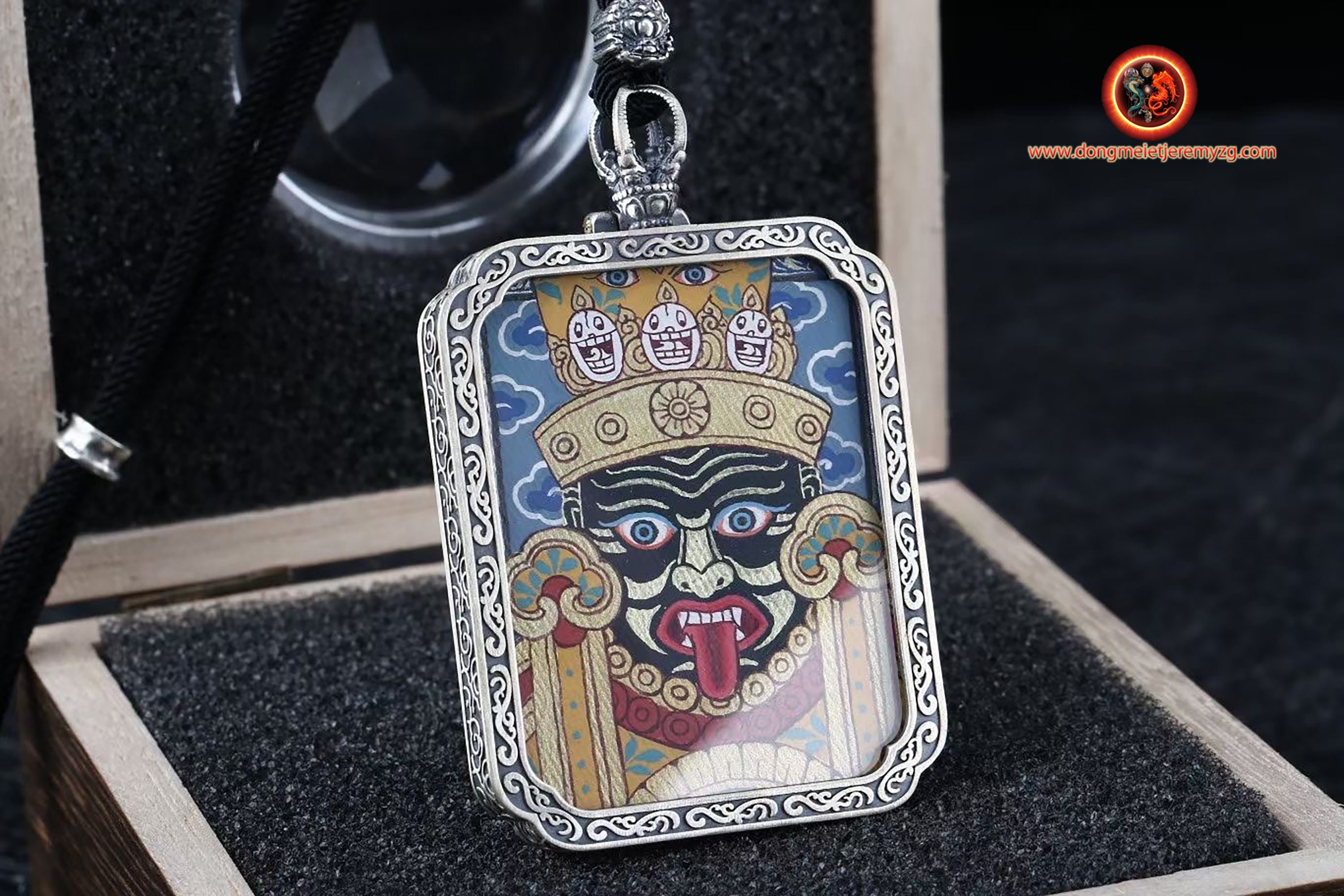 Ghau, gau, Pendant, Tibetan Buddhist amulet,
Goddess Zakiram. Wealth and good fortune.
True traditional Tangka Regong
Tangka is painted at Longwu Temple, also called Wutun. Tibetan lamaserie located in Rebkong Tibetan Prefecture, Amdo Province, called Huangnan in Qinghai Province in China and is 186 km from Xining.
Renowned center of Tibetan thangka painting. Regong arts were inscribed in 2009 on the Representative List of the Intangible Cultural Heritage of Humanity.
The colors of this tangka are composed of pure gold and crushed minerals.
Silver 925
As a gemologist graduated from the National Institute of Gemmology of Paris, all our stones are appraised and certified.

Rotating Dharma Wheel at the back