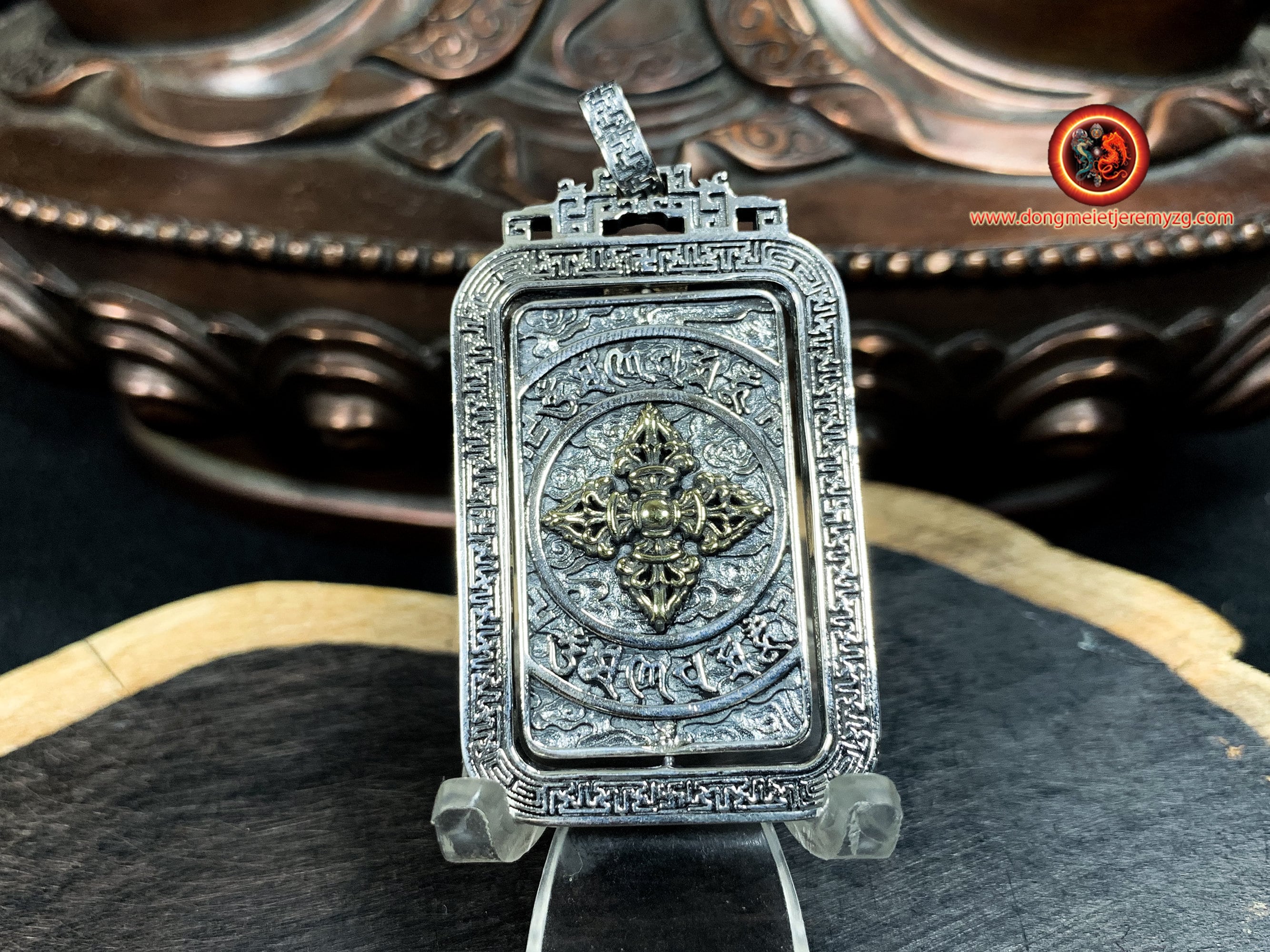 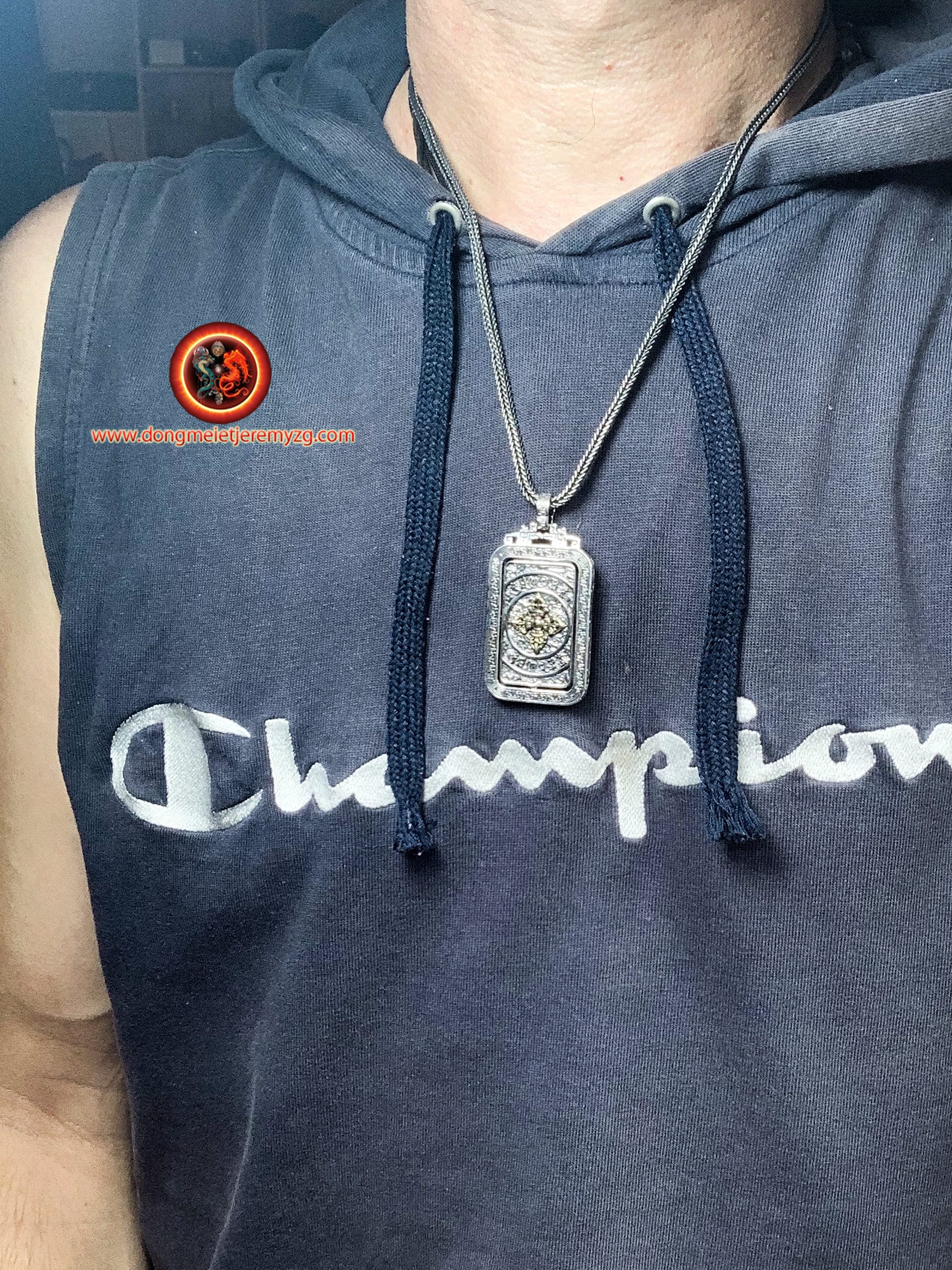 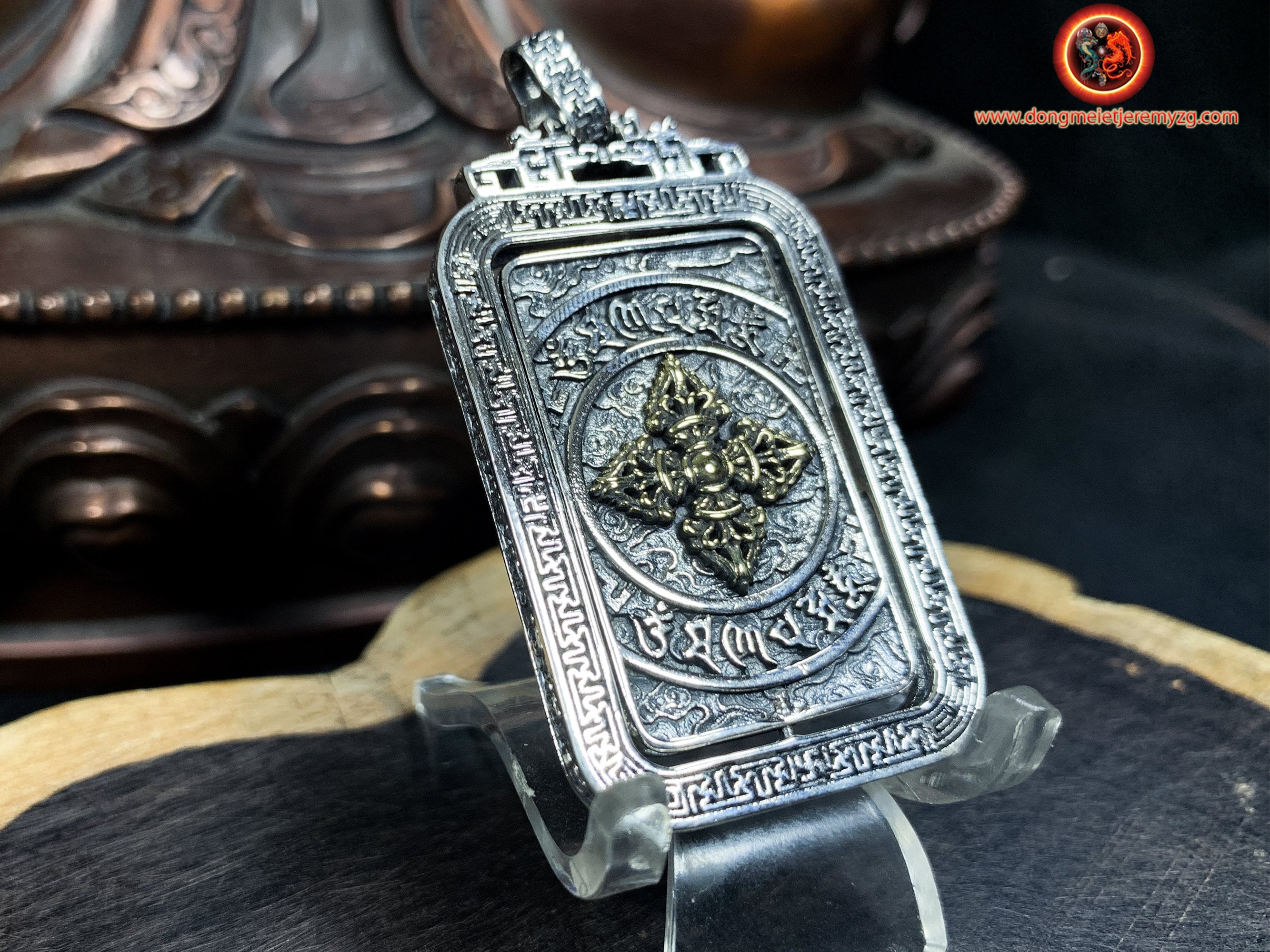 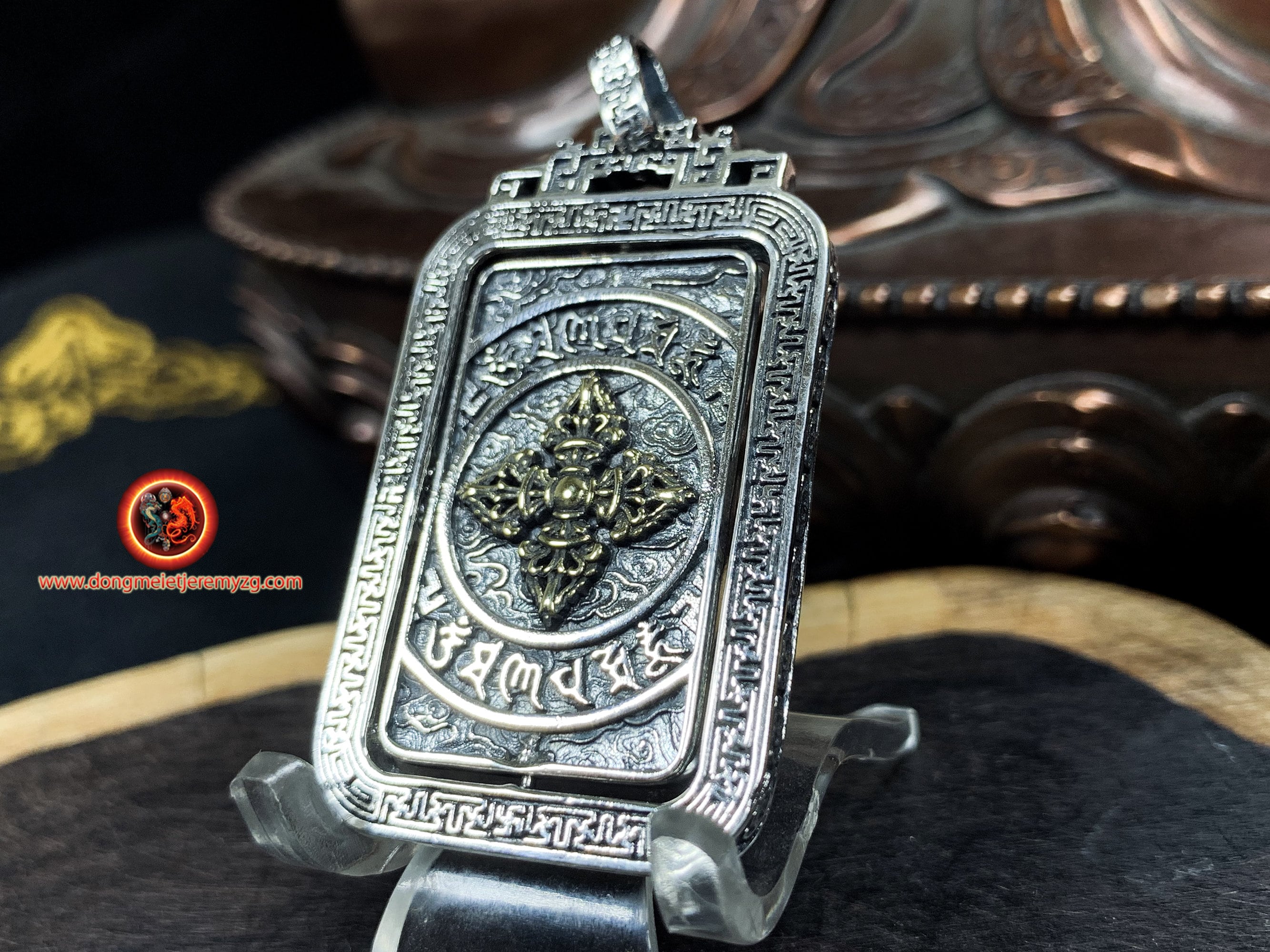 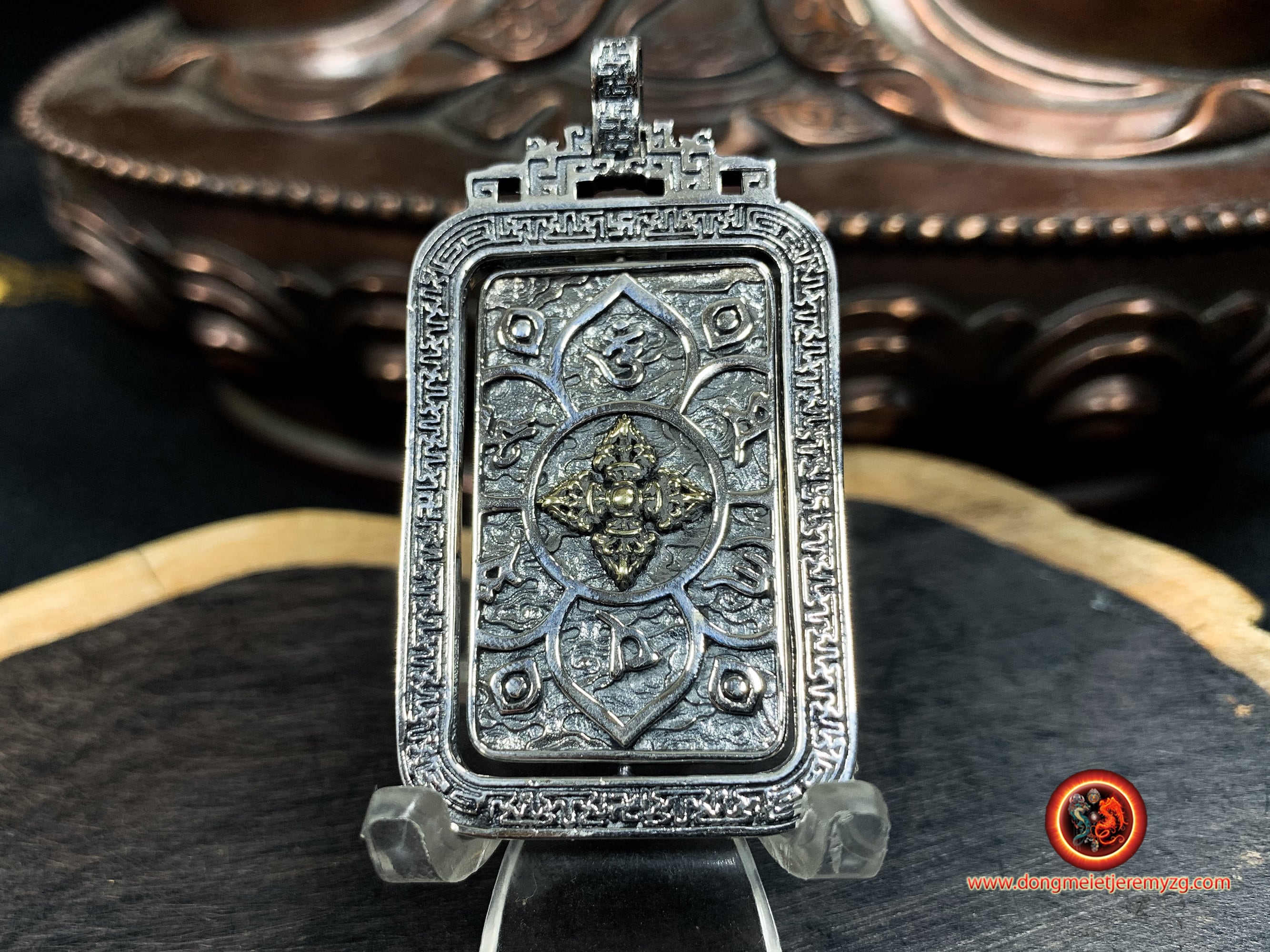 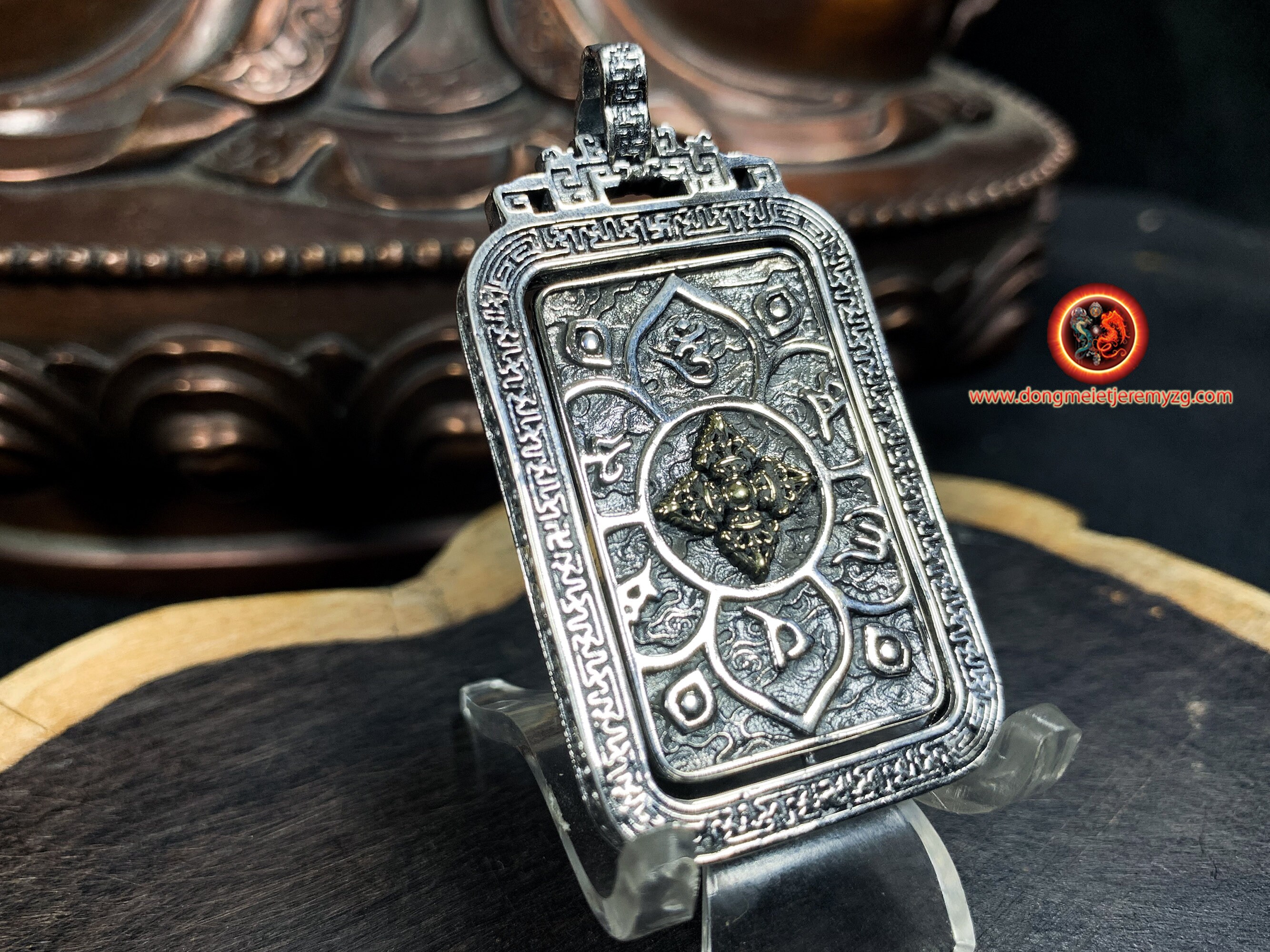 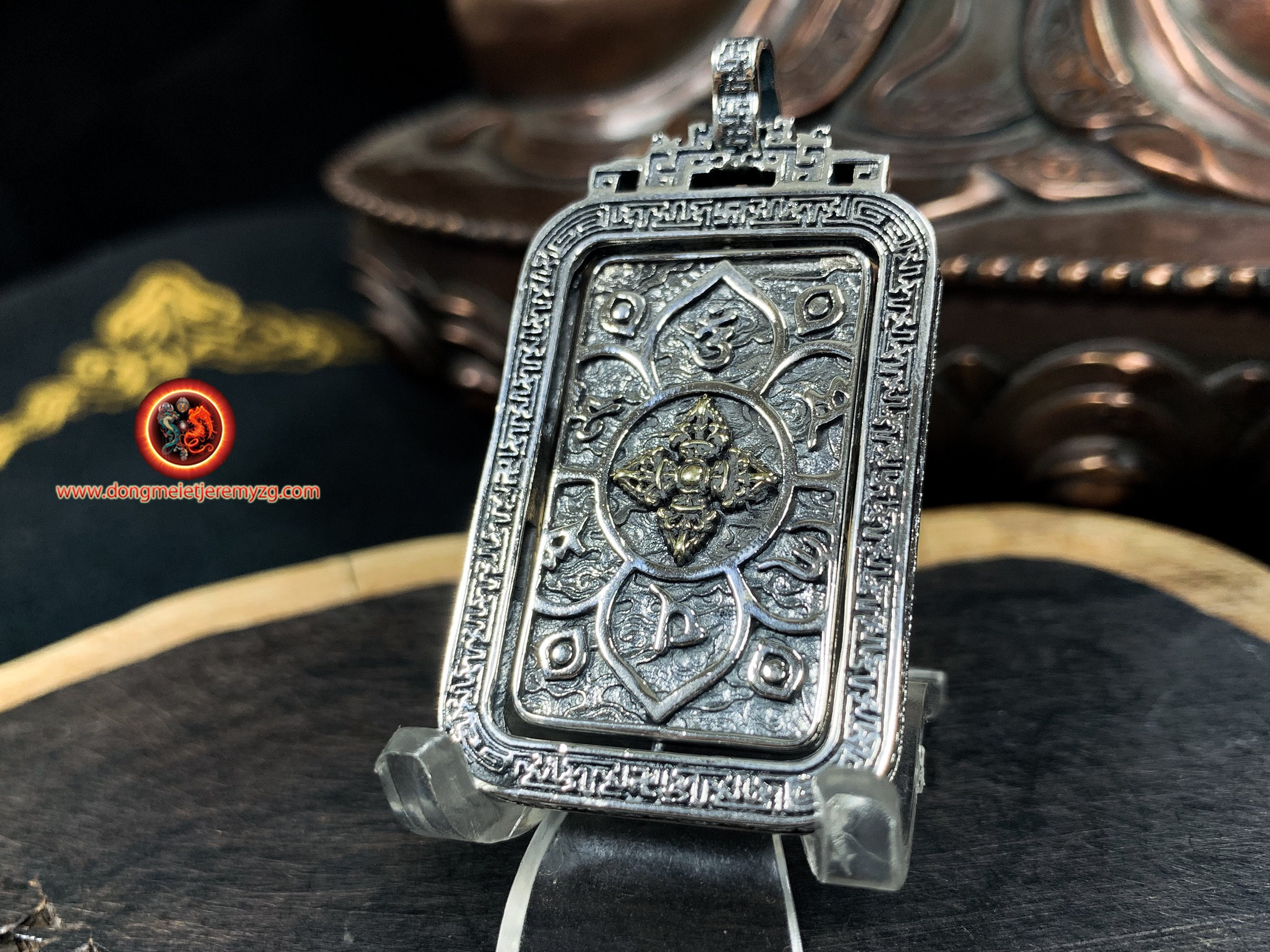 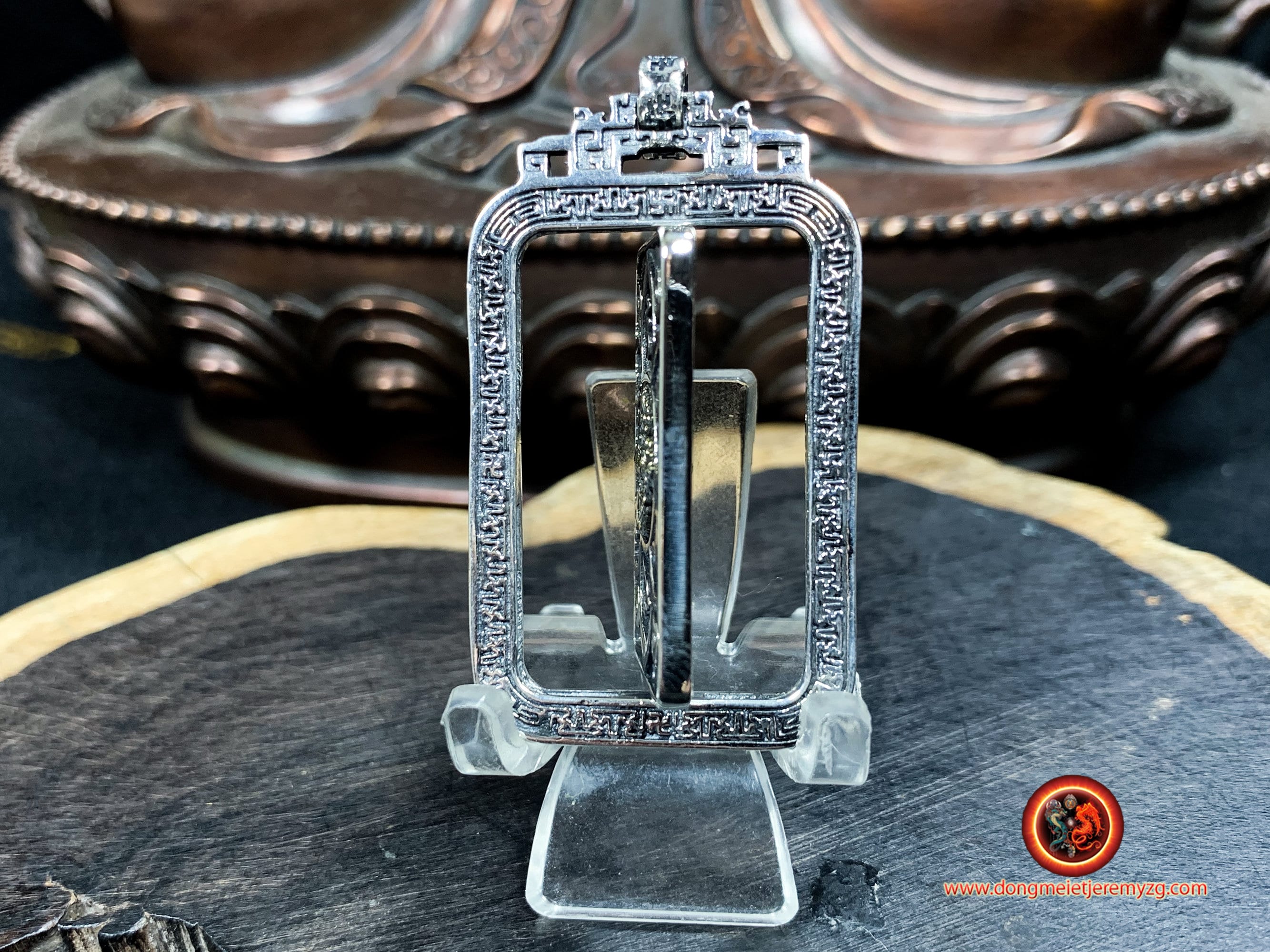 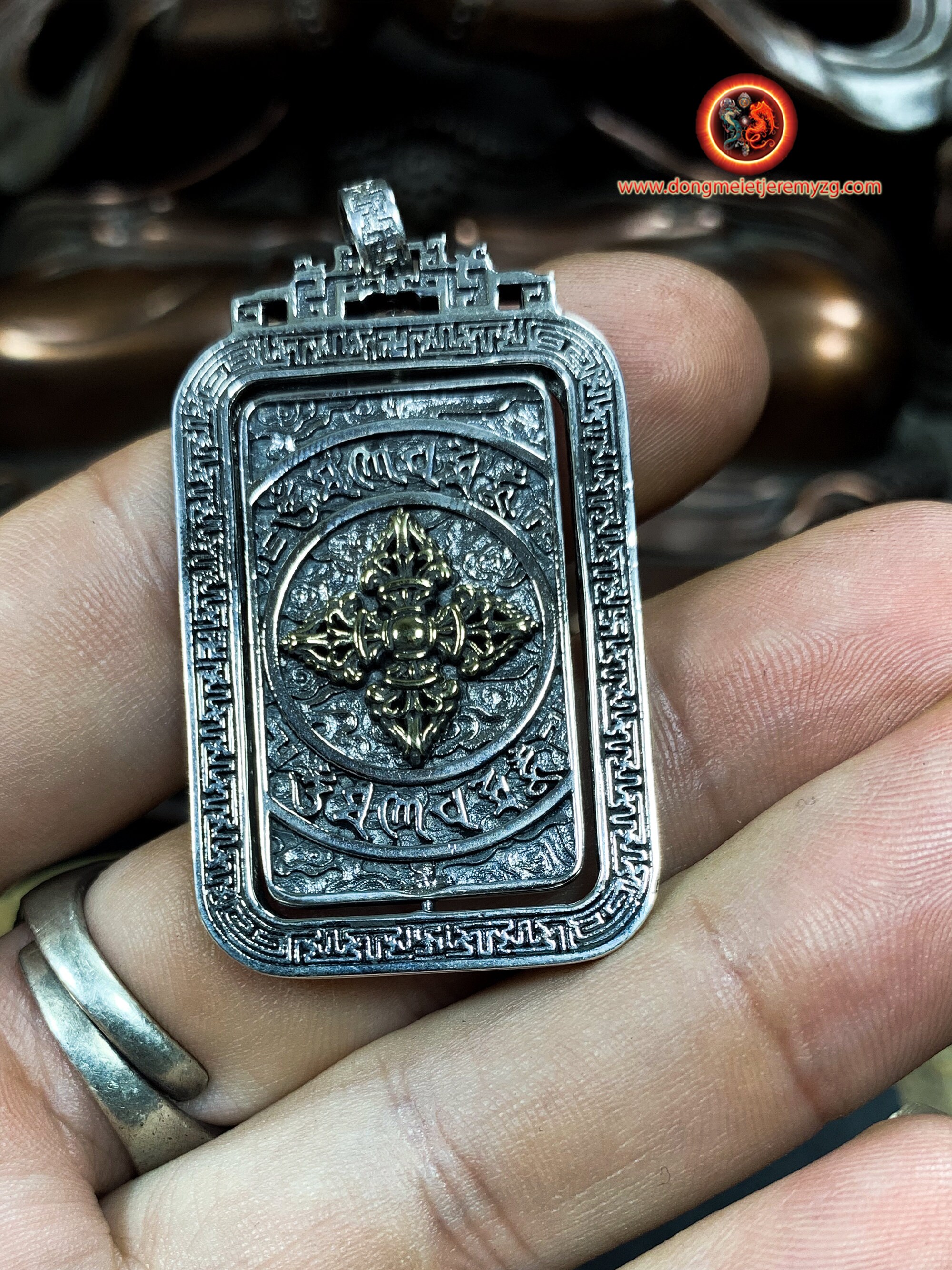 Silver 925 punched according to international laws, and copper.

DORJE/ VAJRA
Every Buddhist practitioner in Tibet and every officiant of a ritual has three objects to which Tibetans attribute a deep and meticulous symbolism. These are the vajra, the bell and the mala.

MANTRA OF COMPASSION "OM MANI PADME HUM"
According to Tibetan Buddhism, reciting Chenrezi's mantra "Om Mani Padme Hum", aloud or inwardly, is an invocation to Chenrezig's benevolent and powerful attention, the expression of the Buddha's compassion. Seeing the written mantra can have the same effect, which is why it is found in clearly visible places, or even engraved in stone. It can also be invoked using prayer wheels on which the mantra is inscribed, sometimes thousands of times. There are different formats of prayer wheels: there are those that you can carry with you and rotate with one hand, and there are others that are so large and heavy that it takes several people to turn them. According to Tibetan Buddhist monks, the mantra Om Mani Padme Hum (Hung) alone brings together all the teachings of the Buddha.