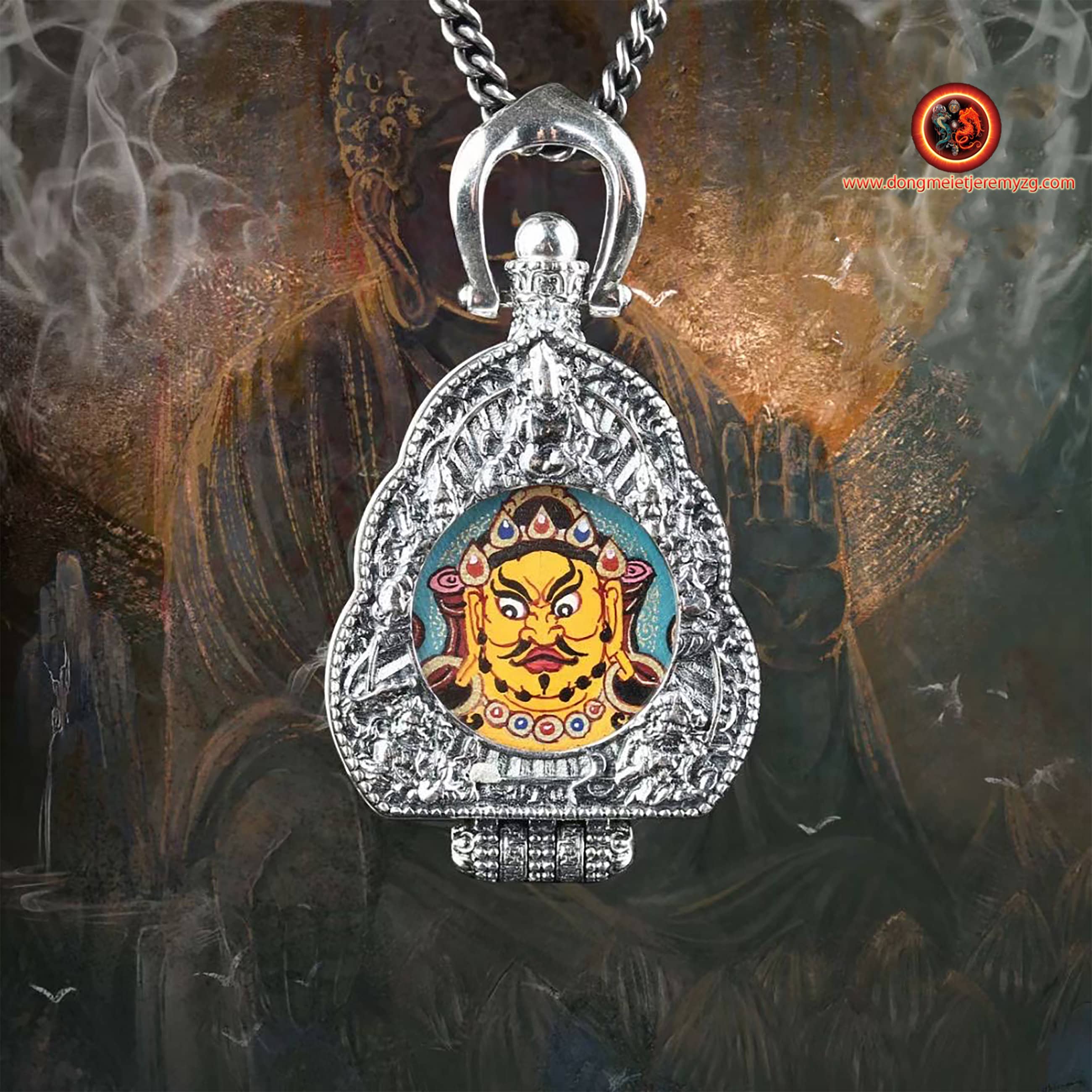 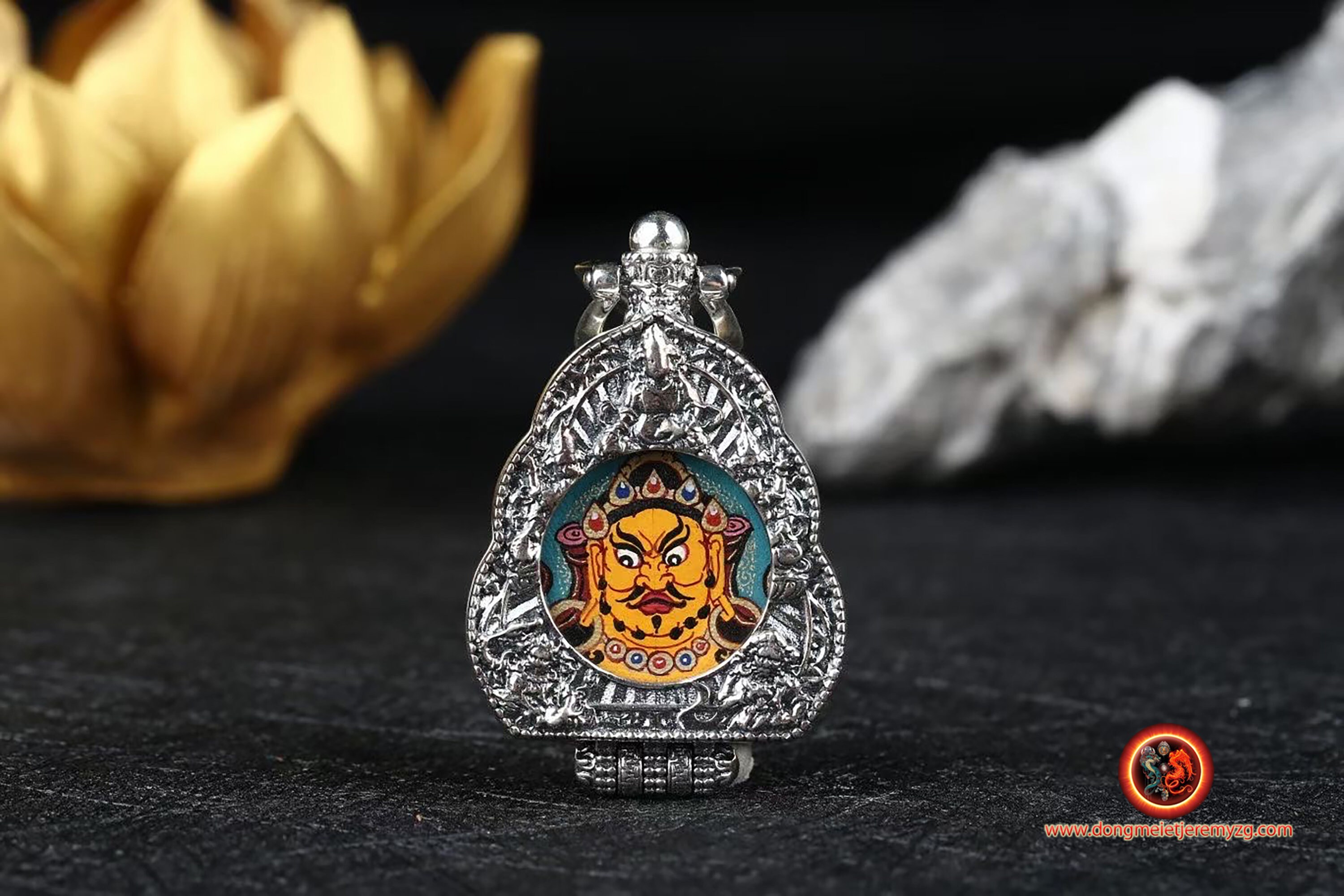 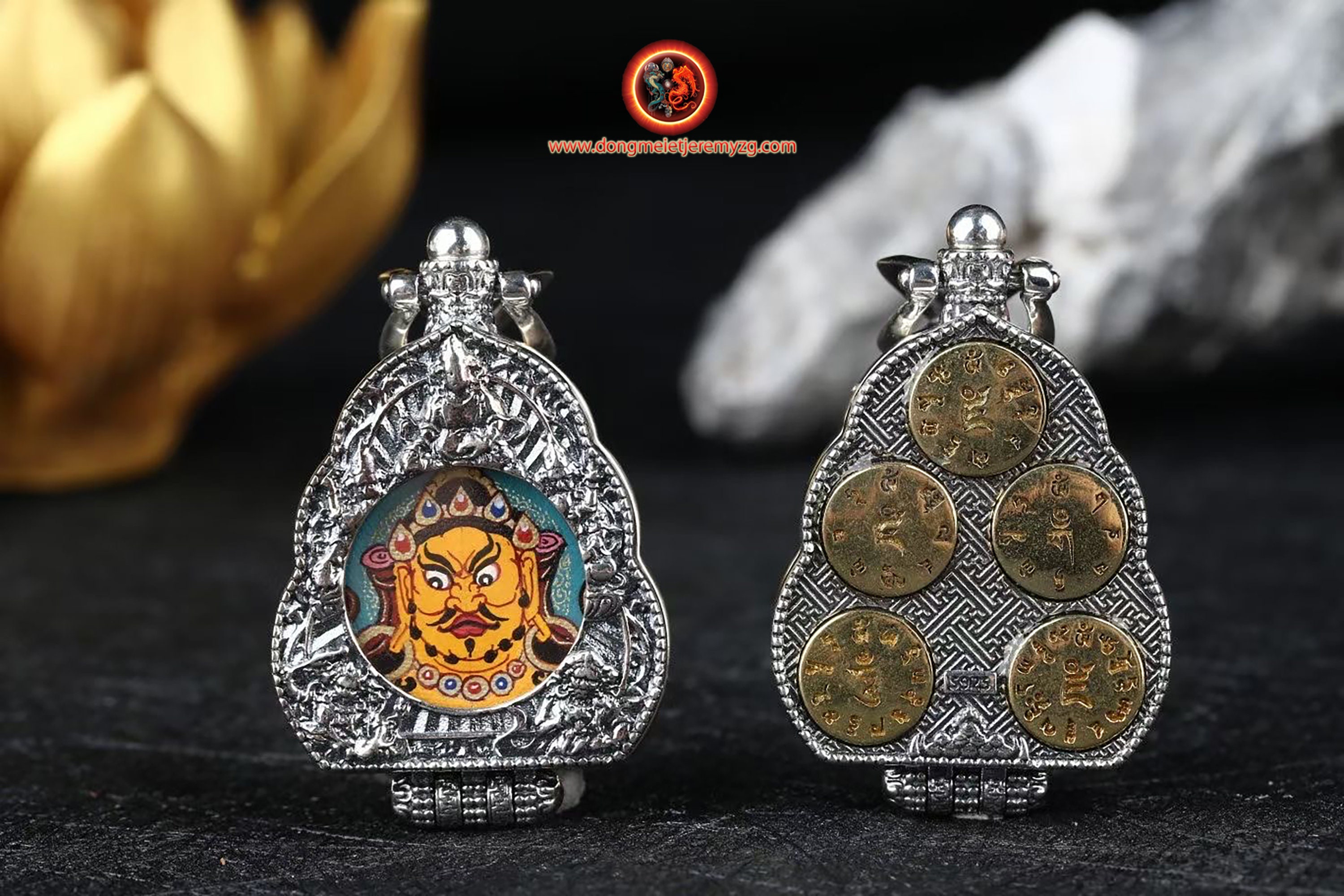 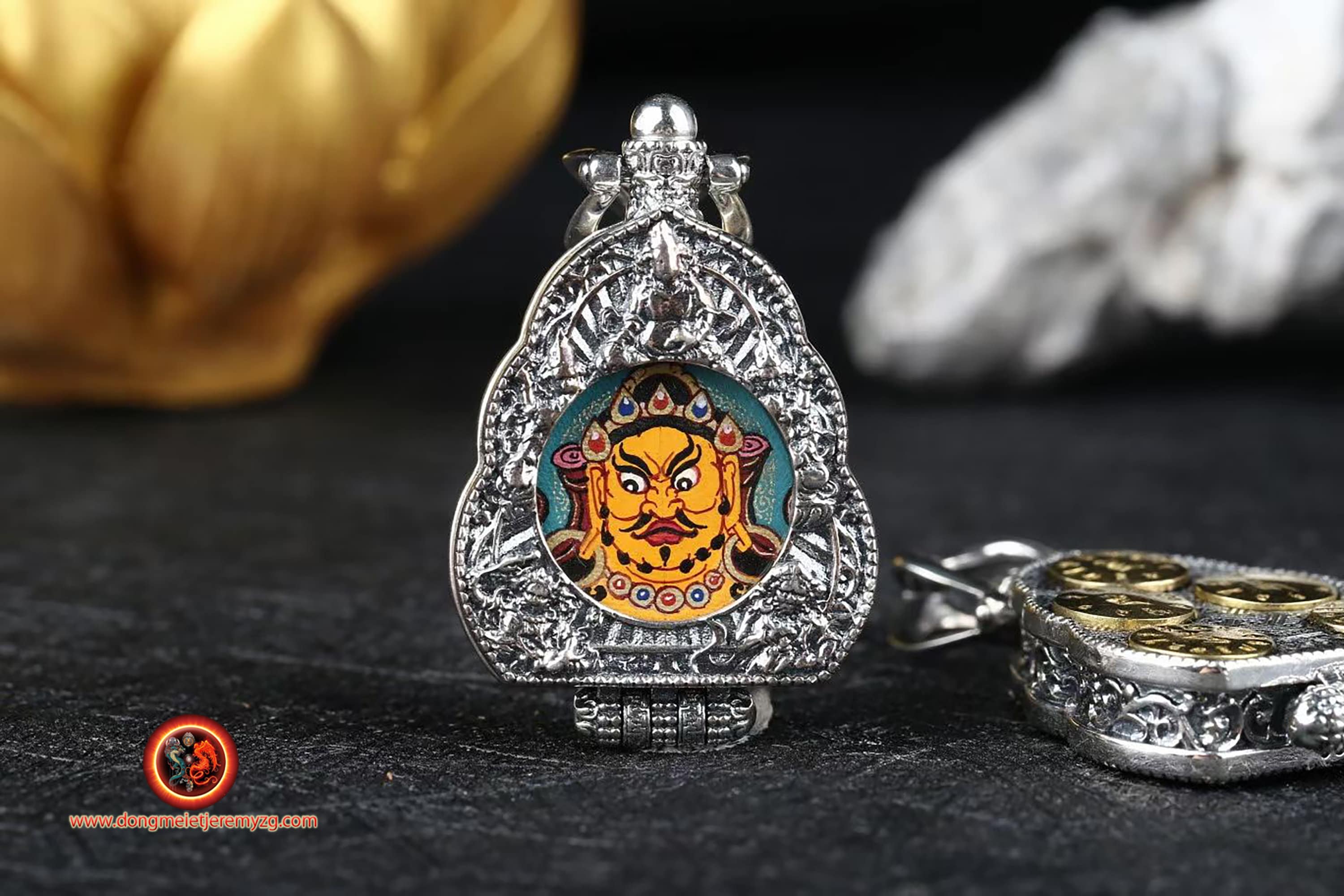 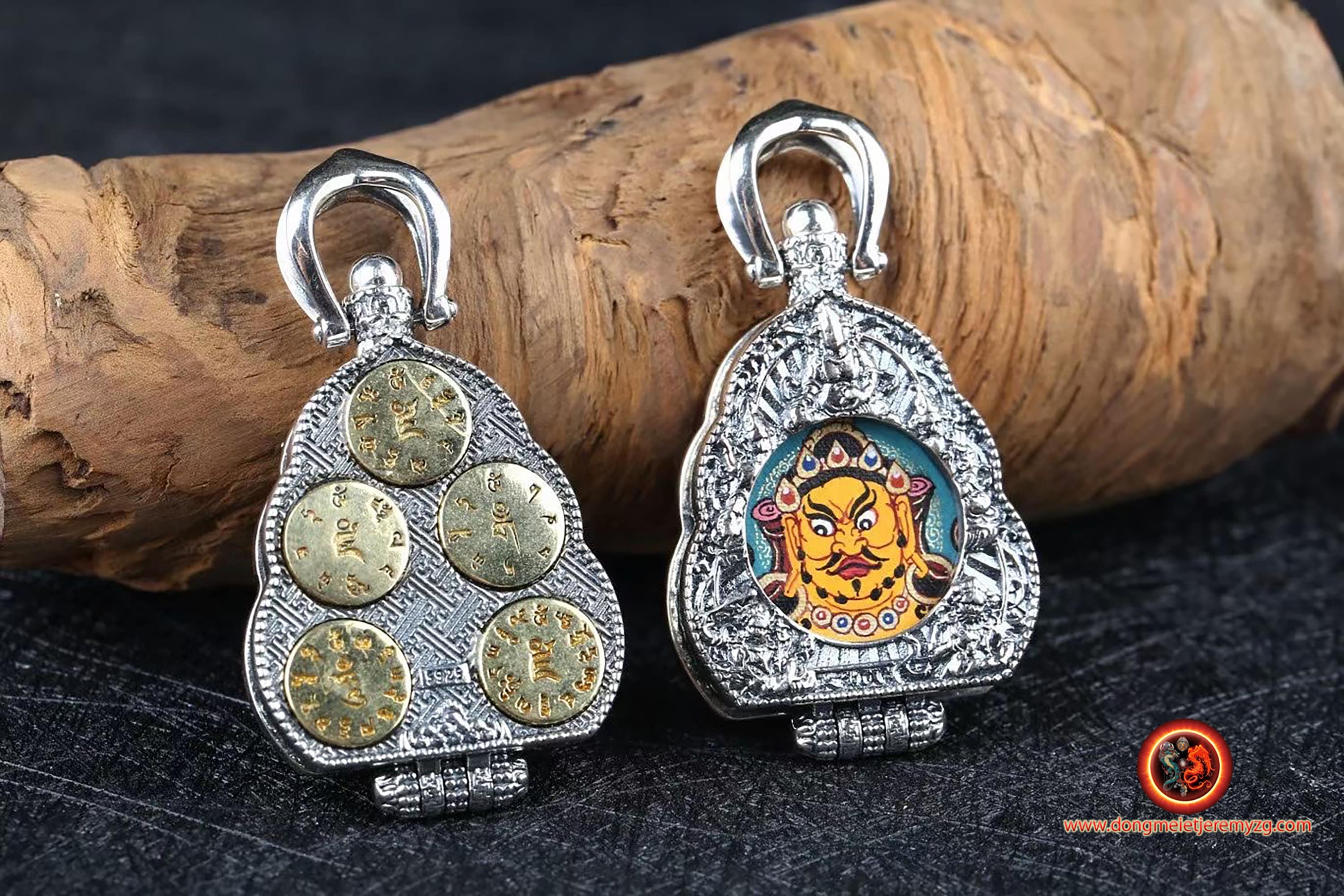 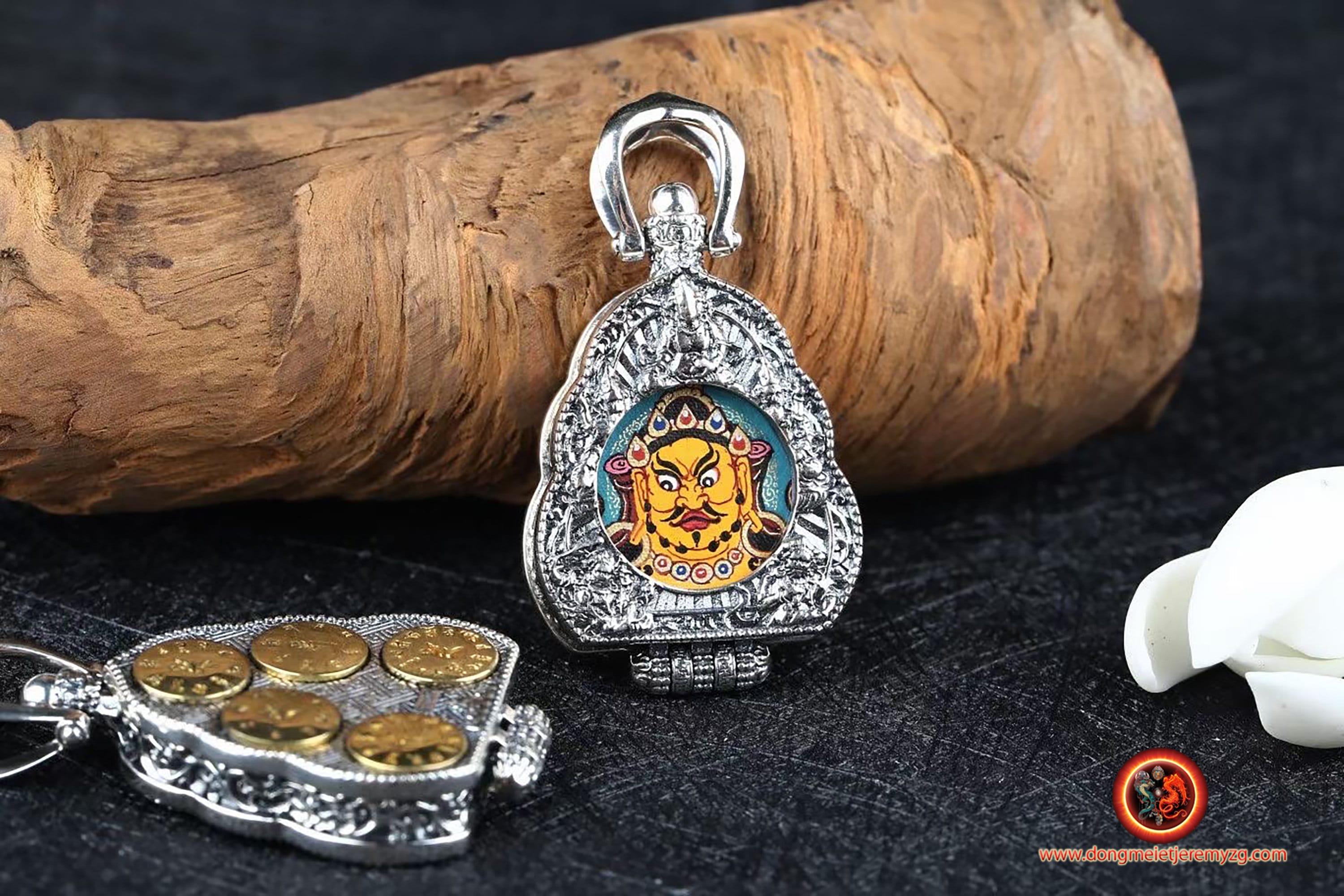 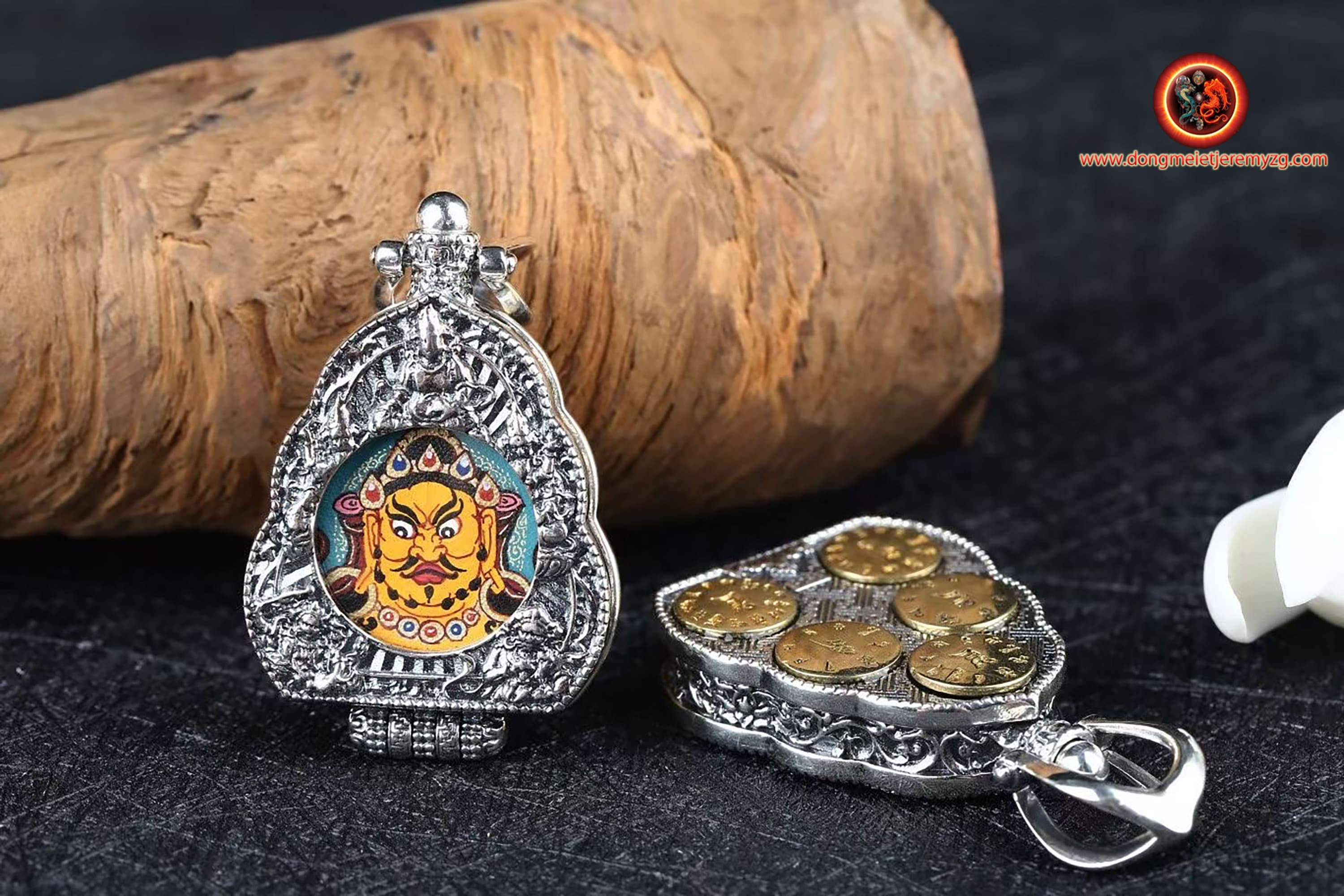 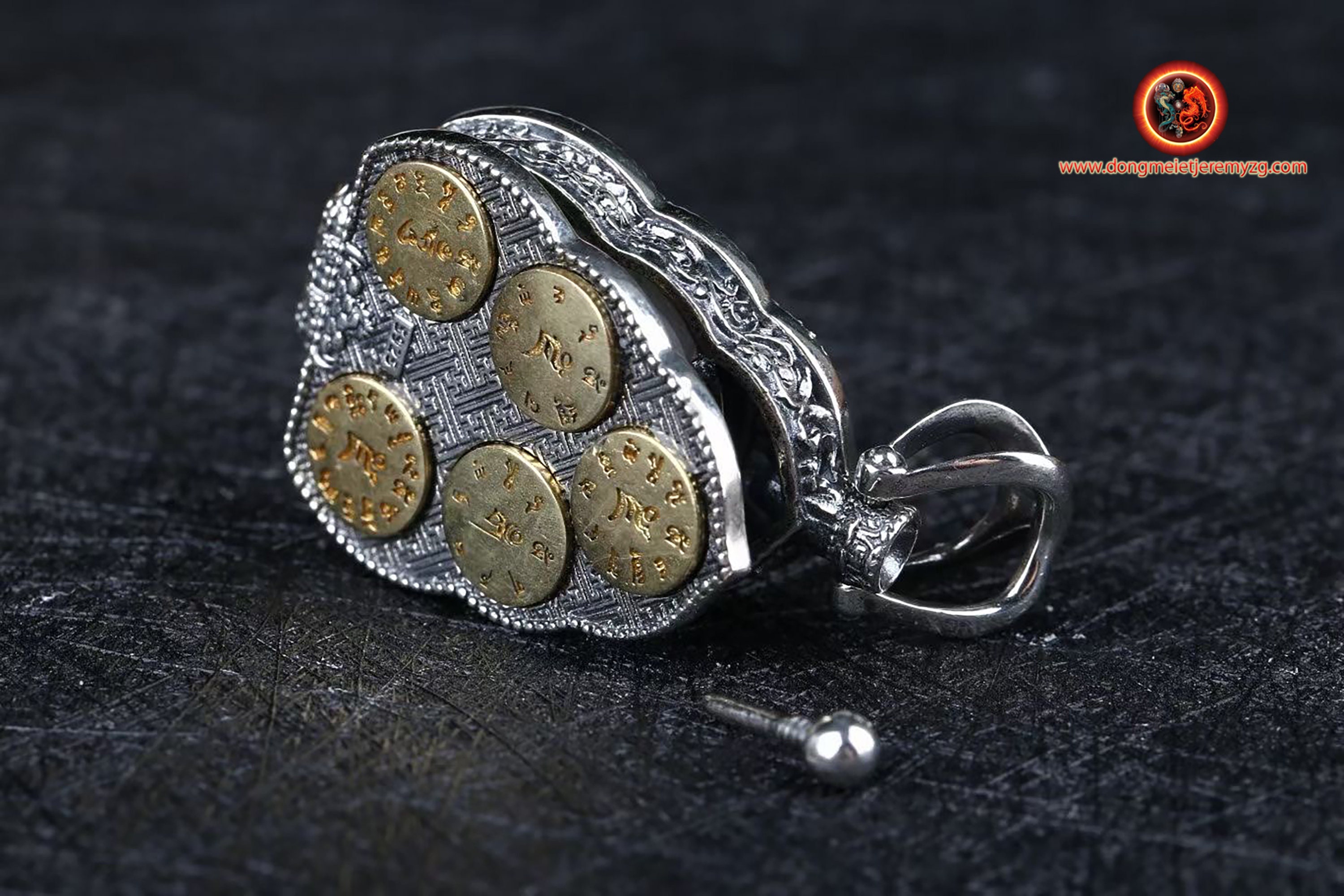 Ghau, gau, amulet, reliquary Tibetan Buddhism, vajrayana of wealth and good fortune.
Buddha.
Deity of the wealth Jambhala in its yellow form
Mantras of the 5 forms of Jambhala on the back

JAMBHALA
Jambhala (also known as Dzambhala, Dzambala, Zambala or Jambala) is the God of wealth and appropriately a member of the jewel family (Ratna) whose Dhyani Buddha is Ratnasambhava. In Hindu mythology, it is known as Kubera.Jambhala is also considered an emanation of the Avalokitesvara or Chenrezig, Bodhisattva of Compassion.
He is the protector of all lineages and all sentient beings from any disease and difficulties. Jambhala is a Bodhisattva of material and spiritual wealth as well as many other things, including the granting of financial stability.
"Because in this world there are all kinds of angry and negative emotions or evil spirits, and sometimes they harm you and other sentient beings, Dzambhala must assume such an angry and powerful form to protect us from these harmful spirits and negative karma. In particular, Dzambhala helps us to minimize or decrease all misfortunes and obstacles and helps us to increase all good fortune and happiness. »

The yellow version: helps to achieve complete wealth
The white version: helps to get rid of suffering and poverty
The red version: Helps to benefit from sufficient food
The Black Version: Eliminates Resentment
The green version: purifies bad luck.

In Japan his cult appears independently of the other guardian kings from the ninth century, he was considered the healing god who would have saved Emperor Daigo (898-930), he became god of wealth in the Heian period, then protector of the samurai in the Kamakura period.
Like Milofo, he is one of the seven gods of bohneur since the seventeenth century. He is the protector of the nation in both China and Japan.