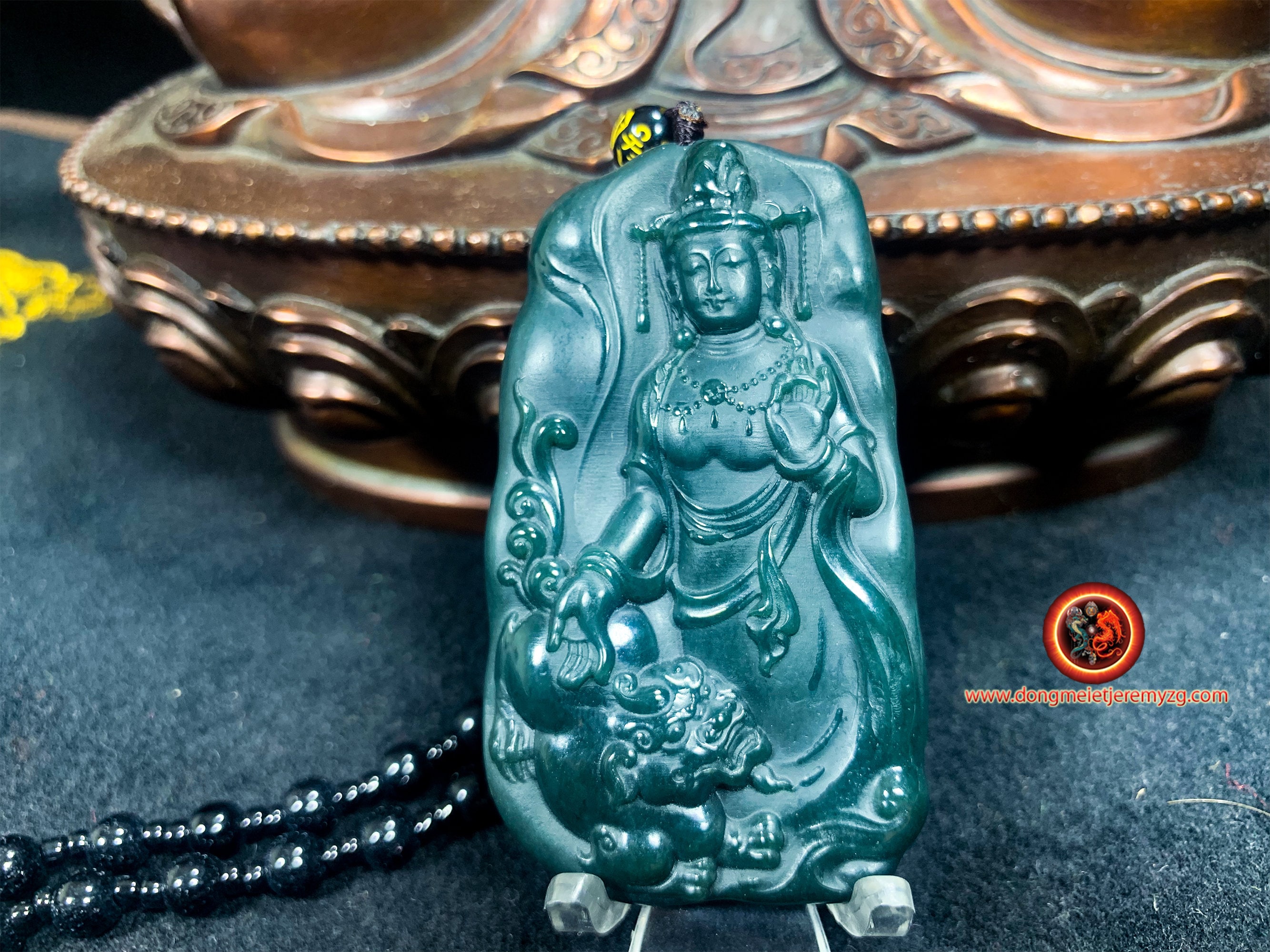 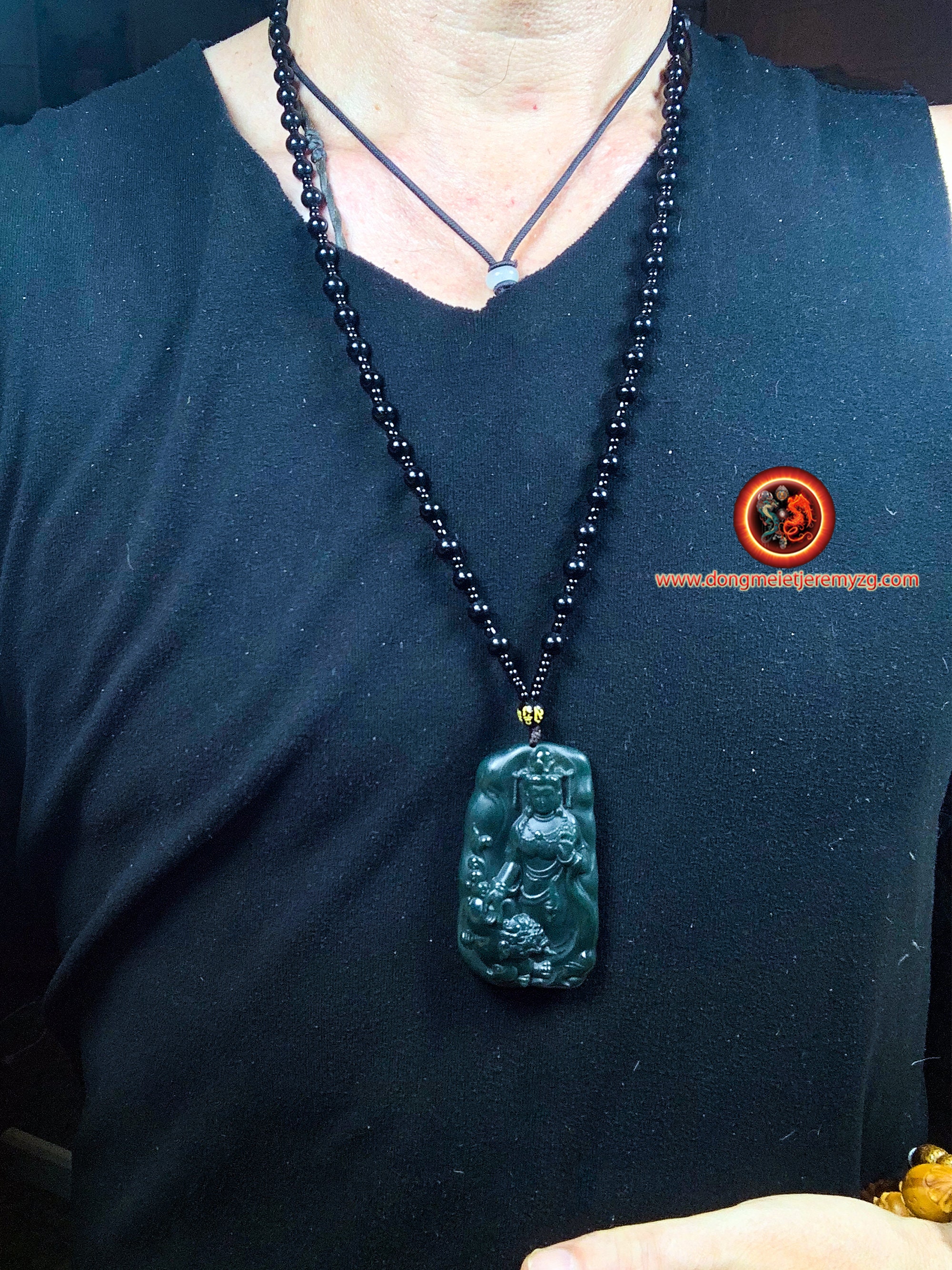 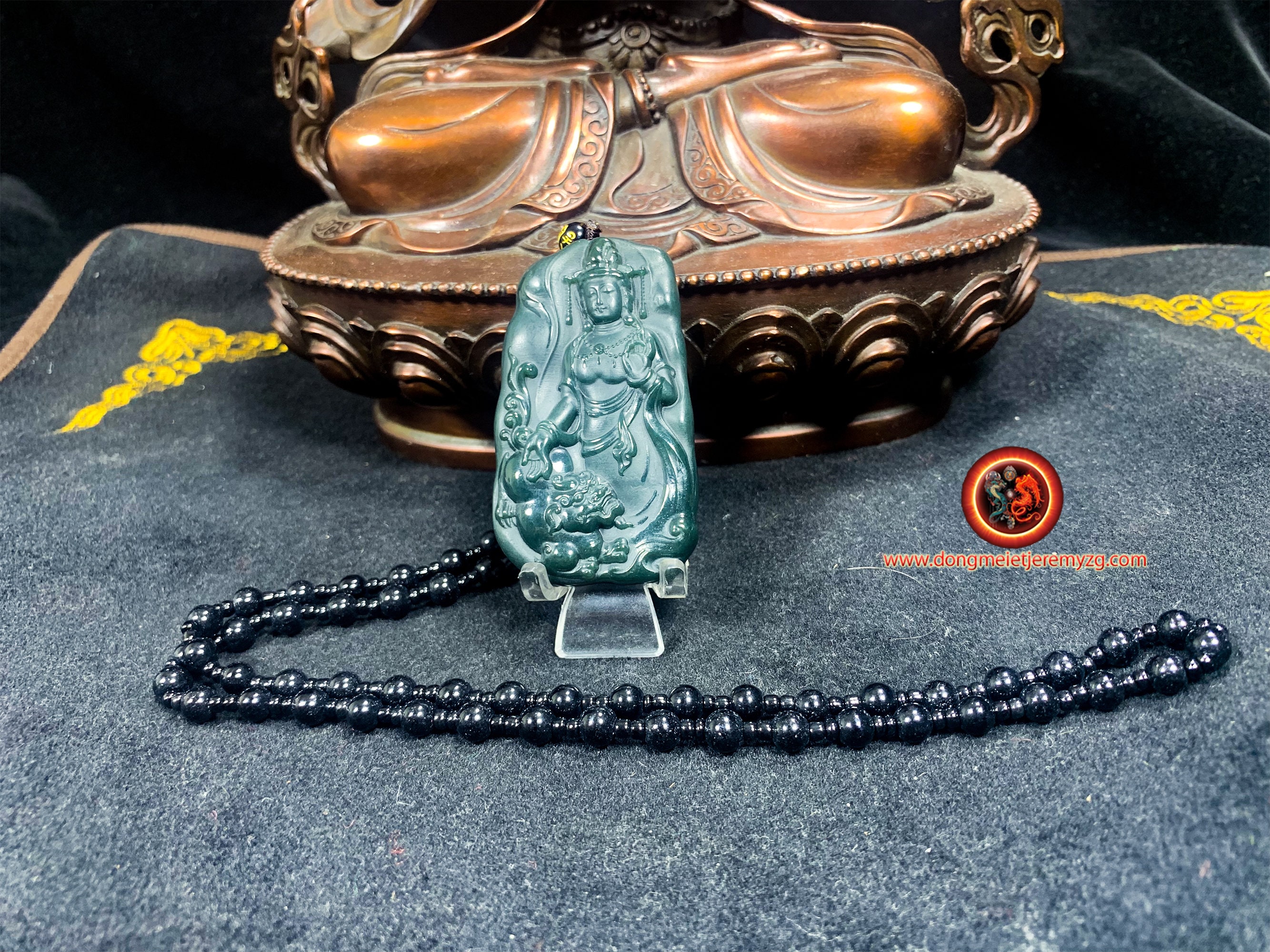 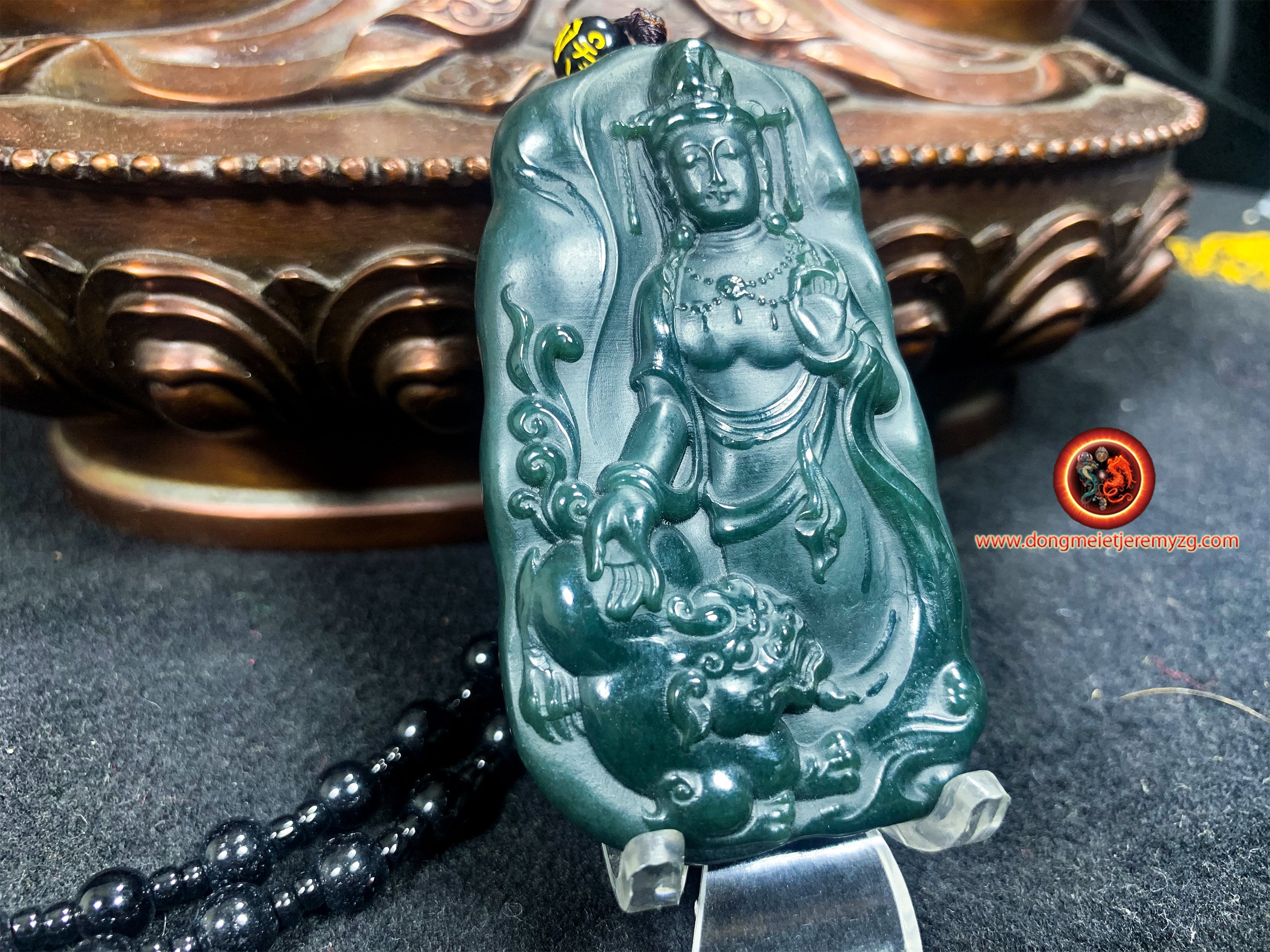 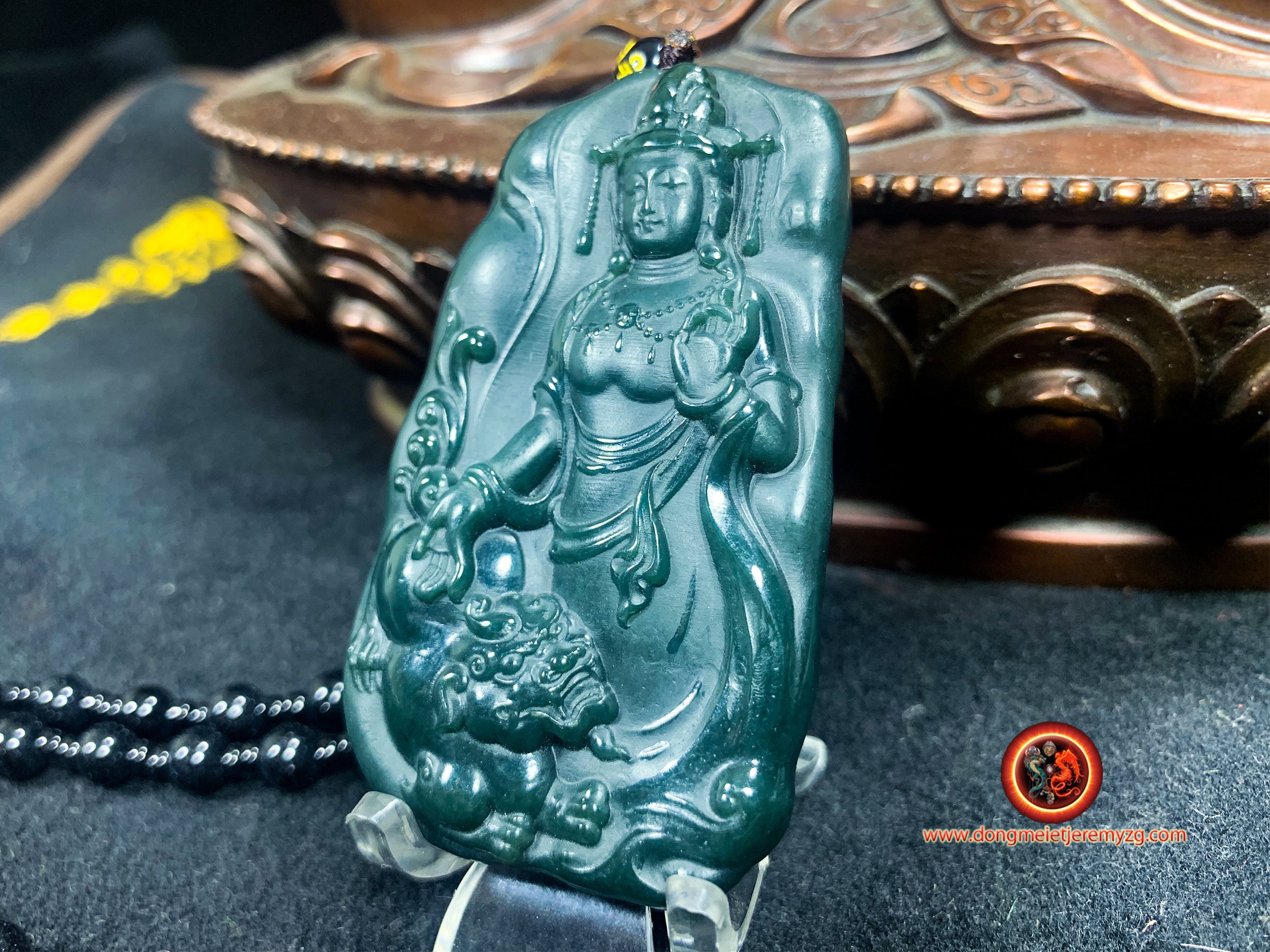 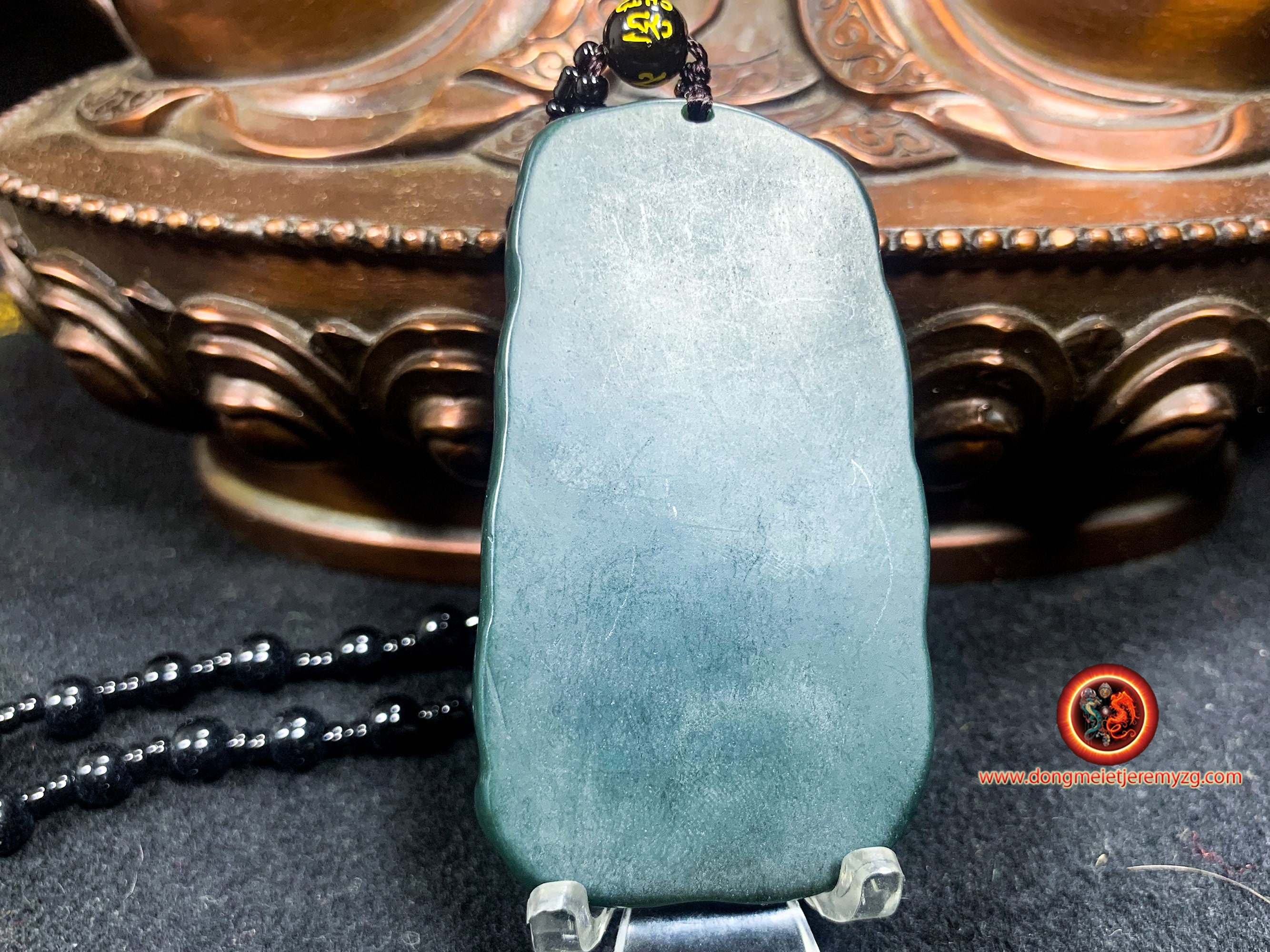 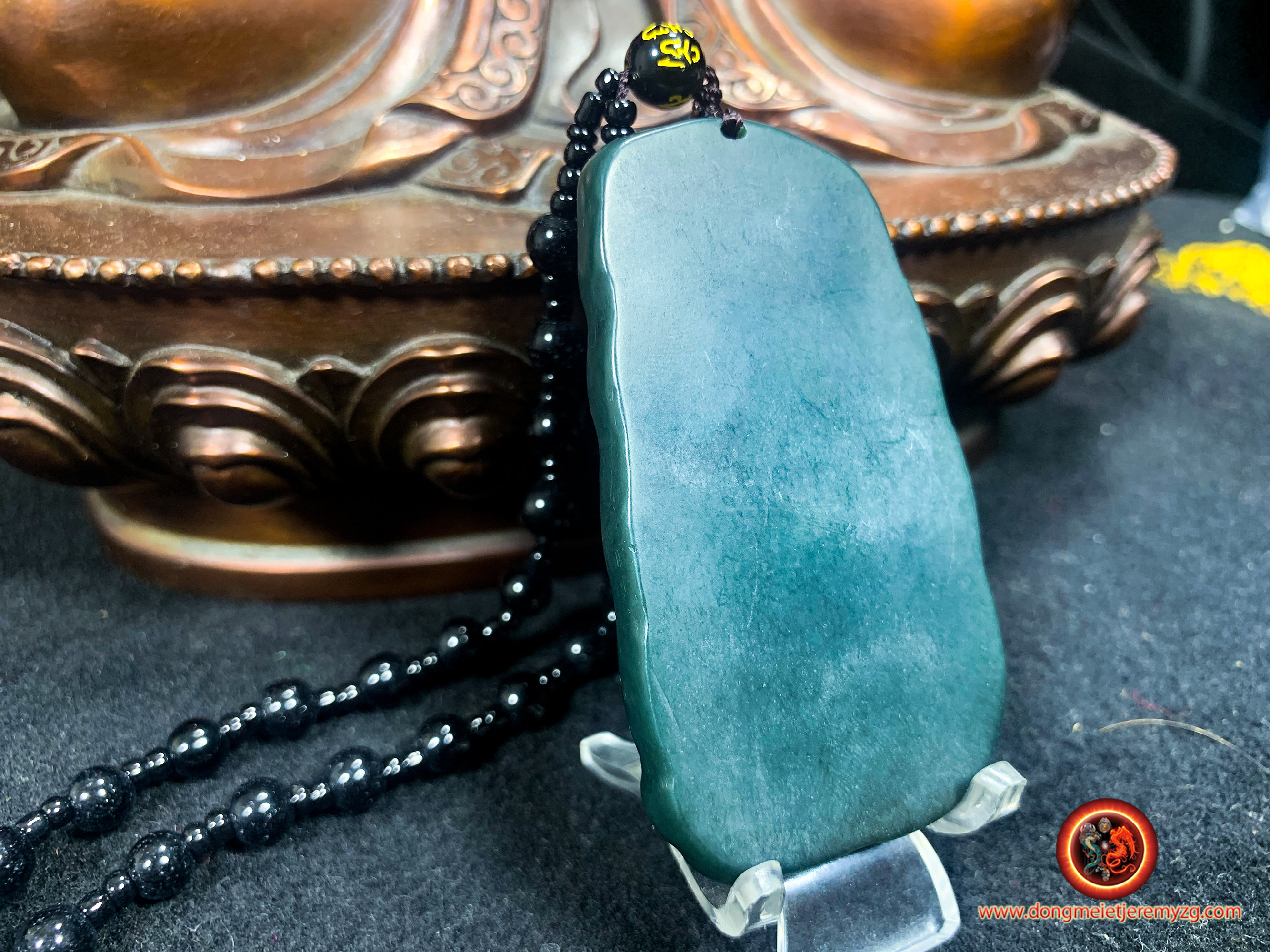 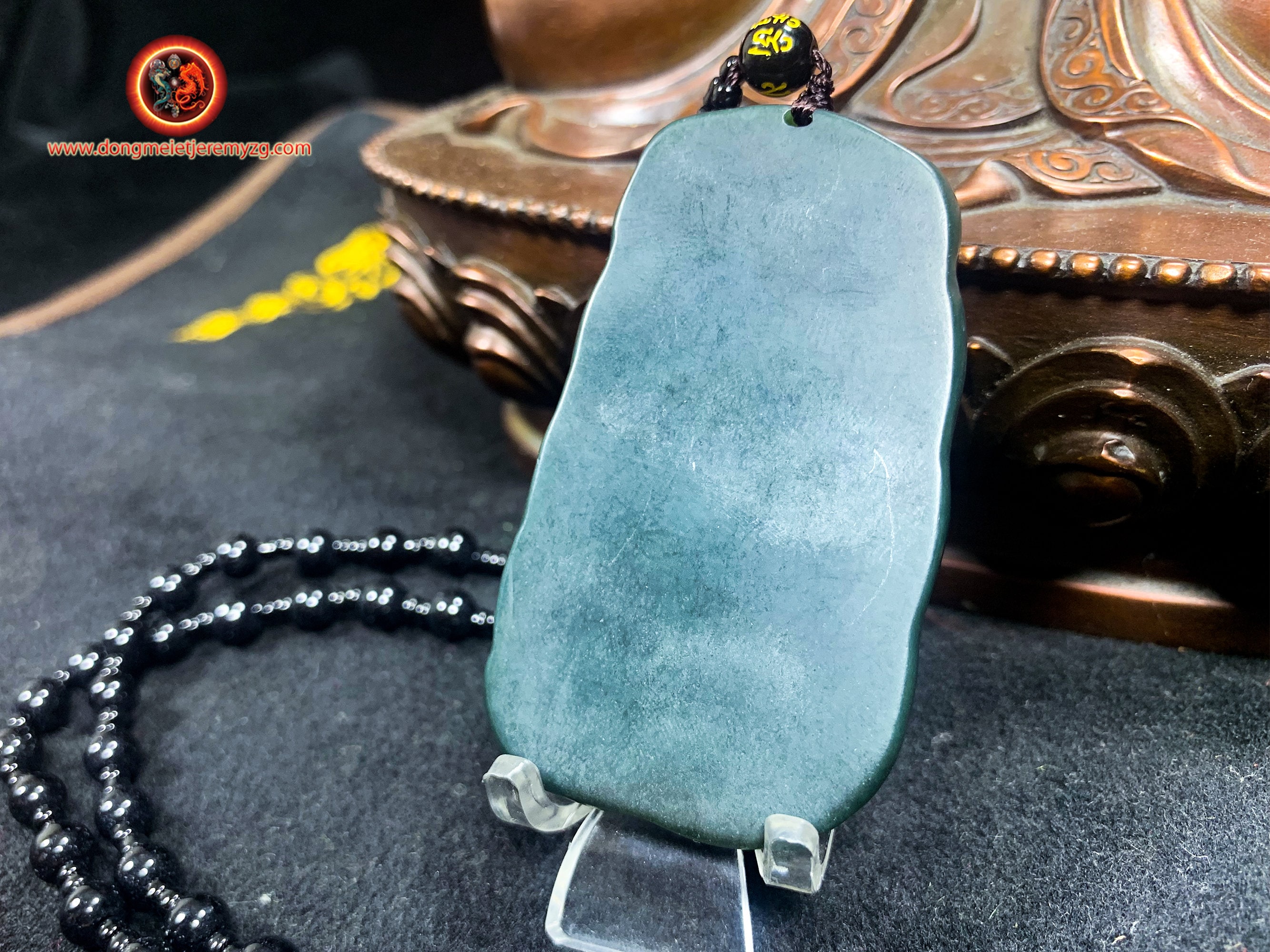 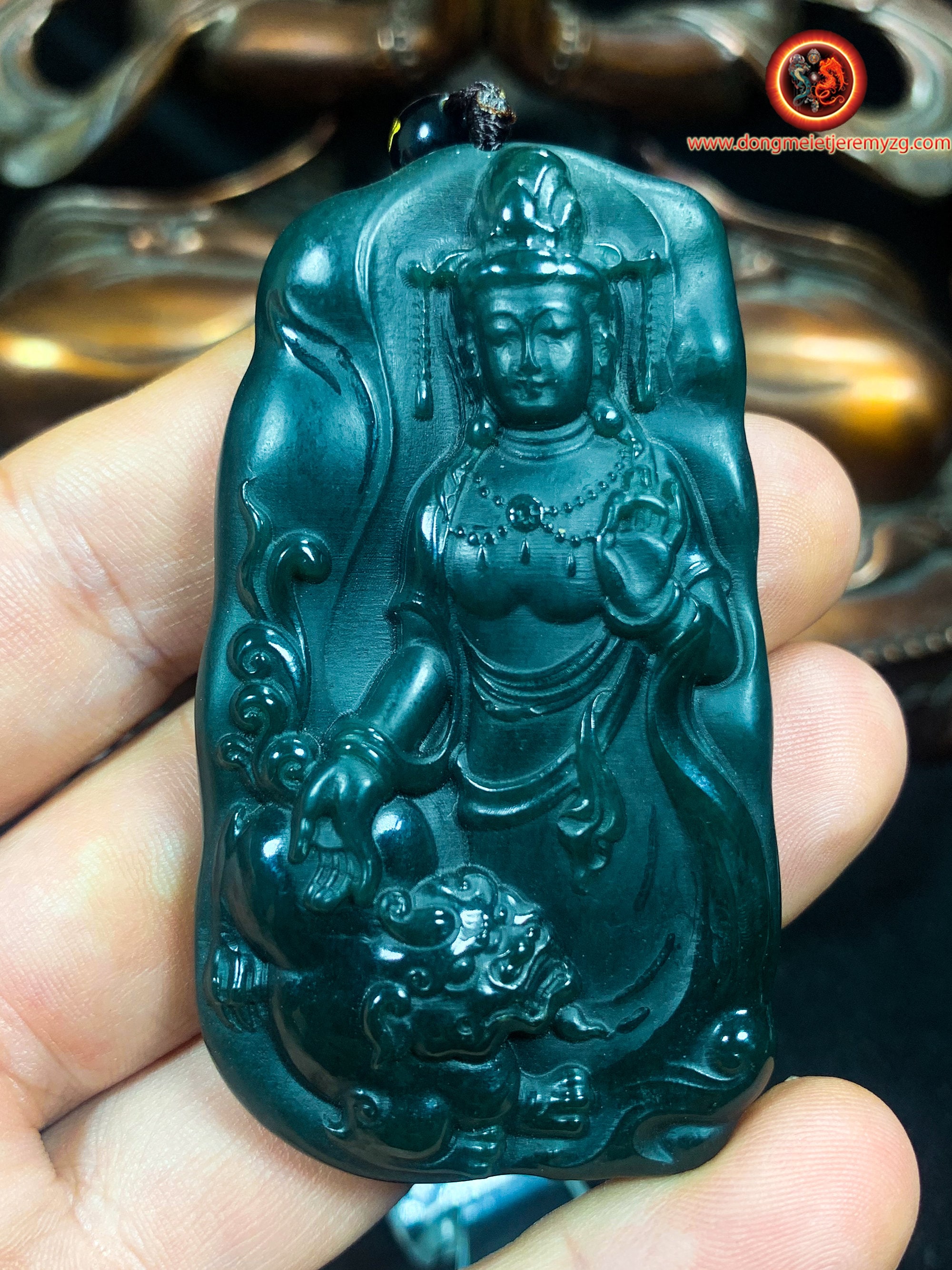 Expert natural nephrite jade
As a gemologist graduated from the National Institute of Gemmology of Paris, all our stones are appraised and certified.
This nephrite type jade (Family of inosilicates, groups of amphiboles, continuous series between amhiboles and tremolites) comes from Yuxu Peak, Mongolian and Tibetan Autonomous Prefecture of Haixi, Qinghai province renowned for the quality of its nephrite jades.
This one could almost be similar to the "ink jade", very dark nephrite, but this piece is not opaque enough to bear this name. This dark green jade therefore bears the name "Ta Qing" unfortunately untranslatable.

MANJUSHRI
Manjushri is the protector of people born under the sign of lievre.