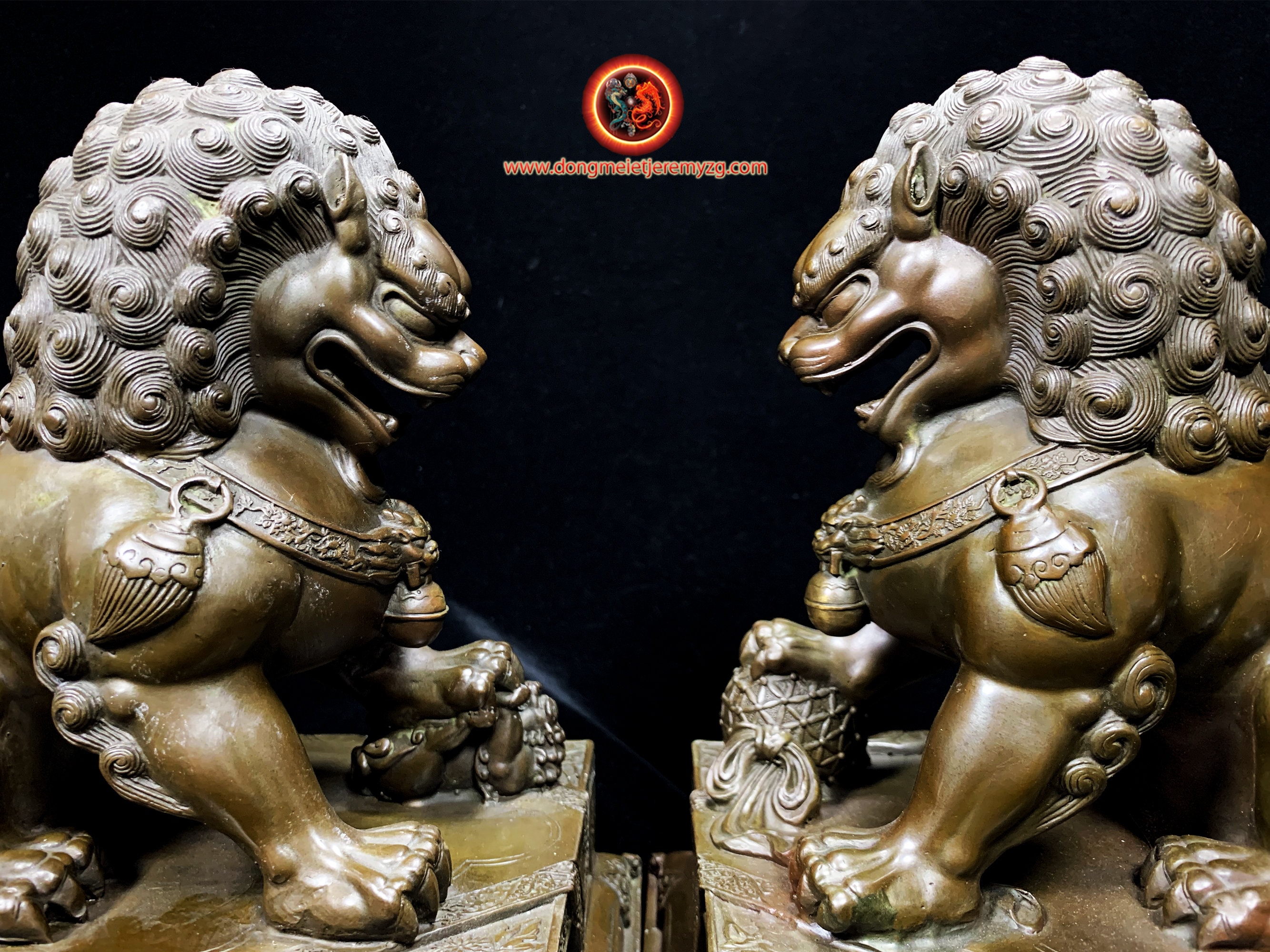 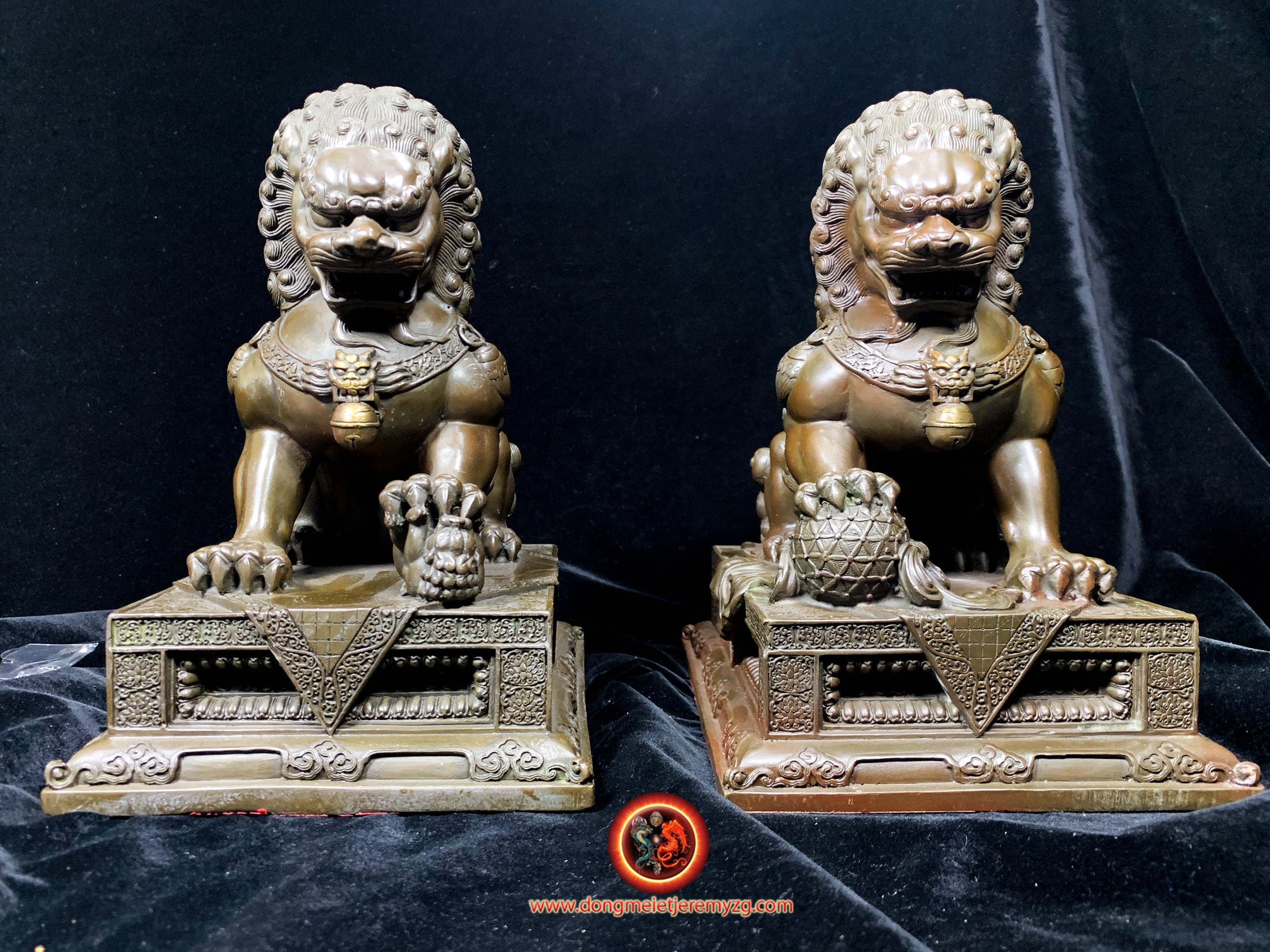 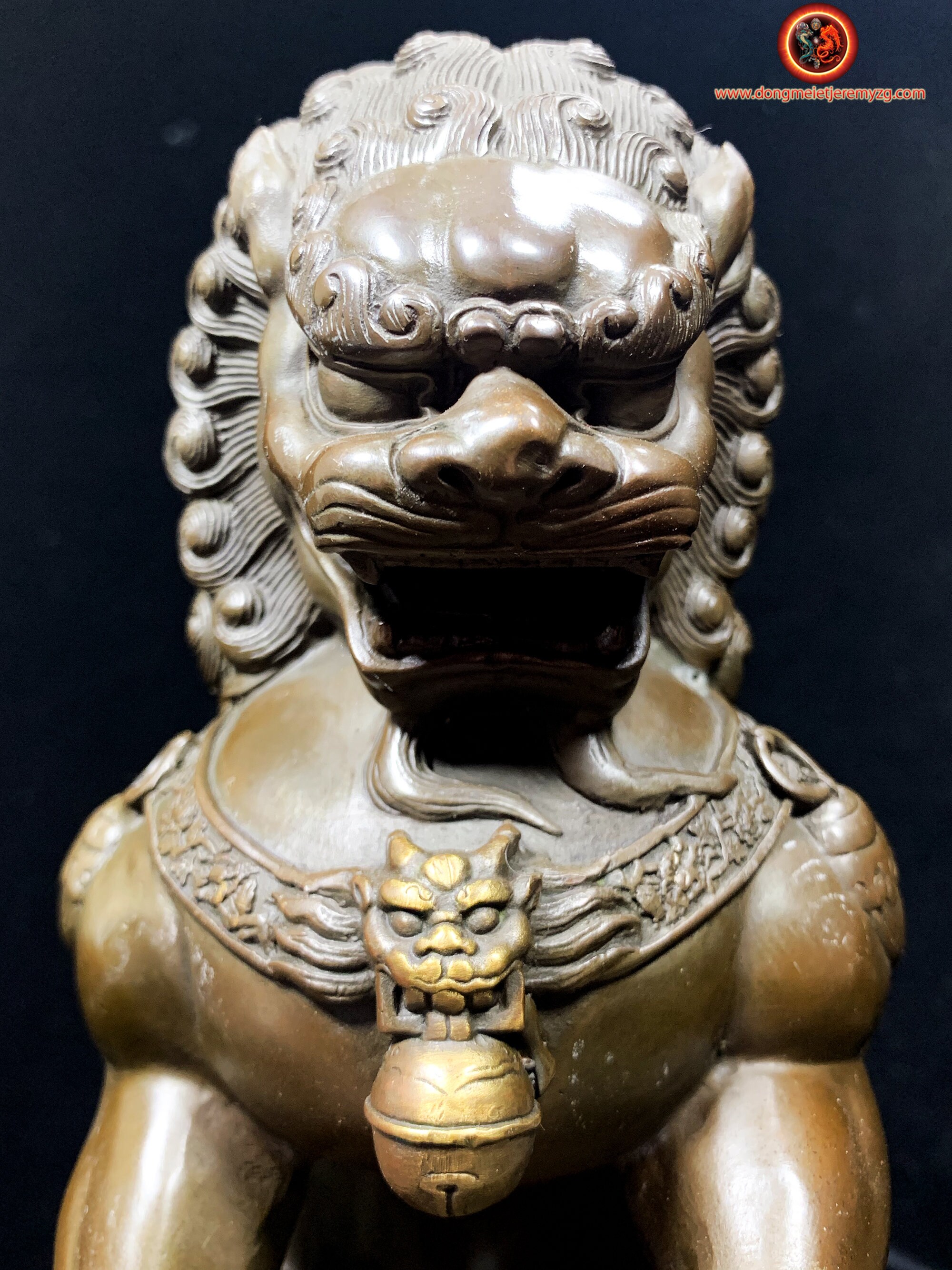 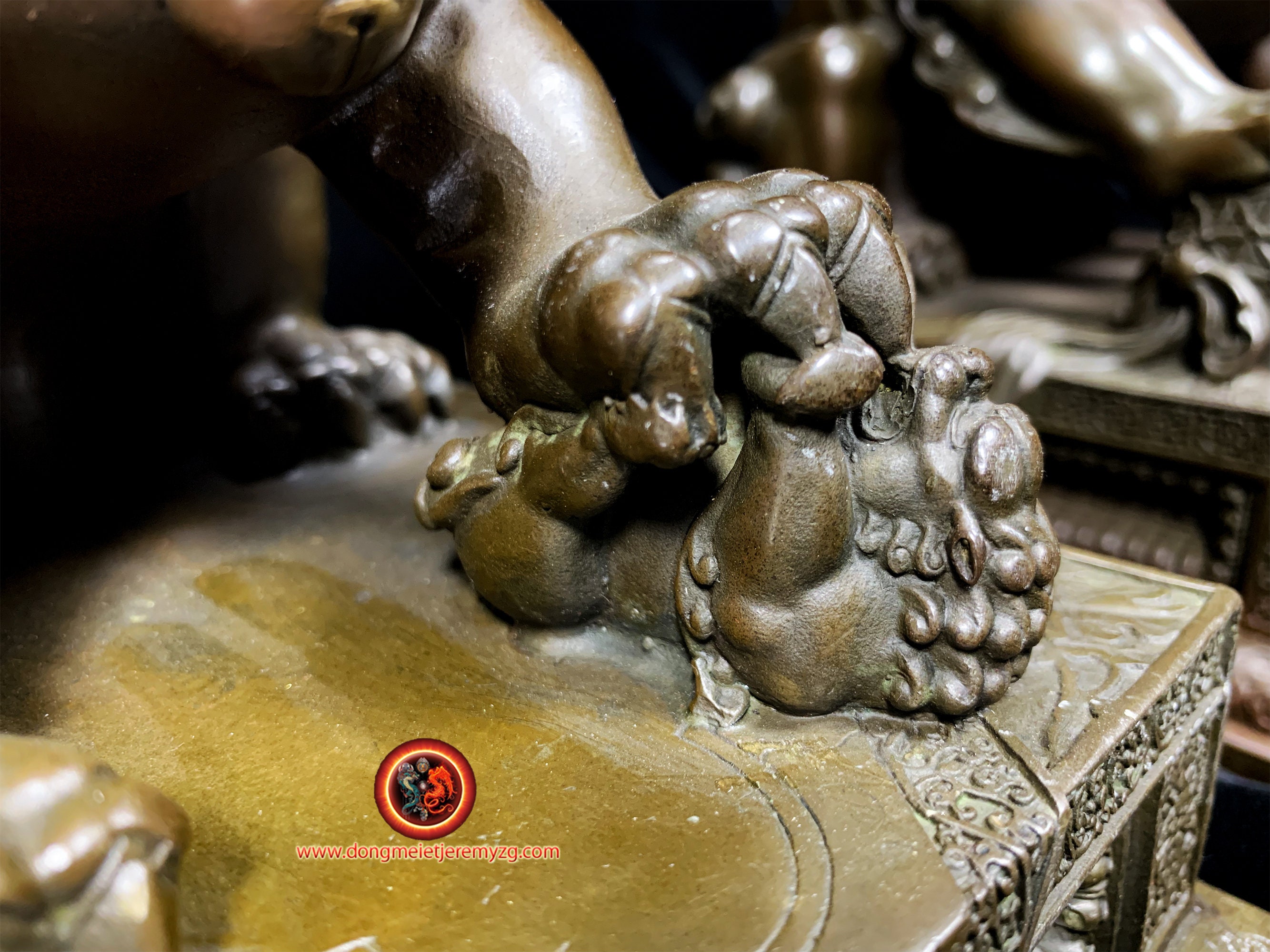 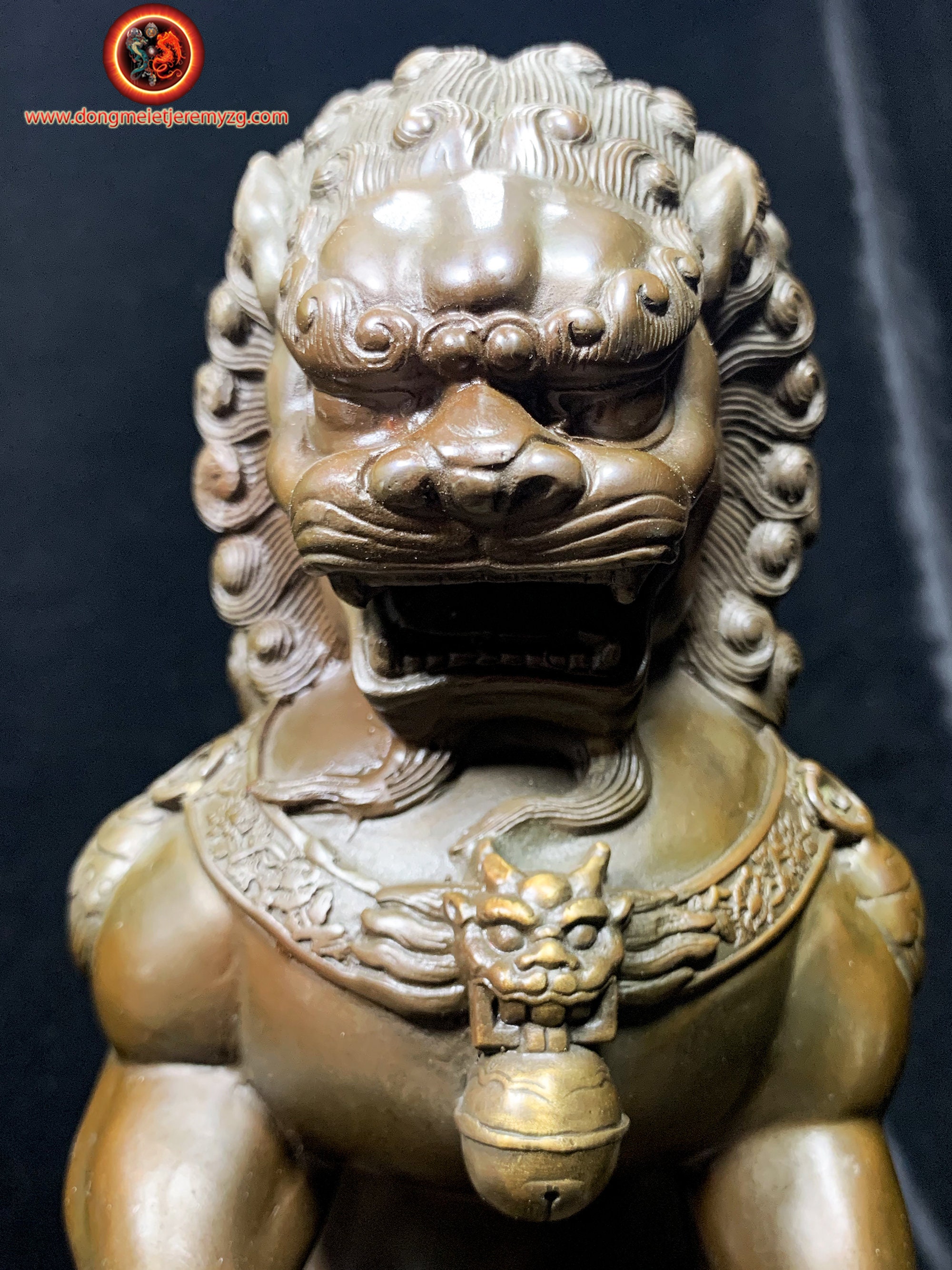 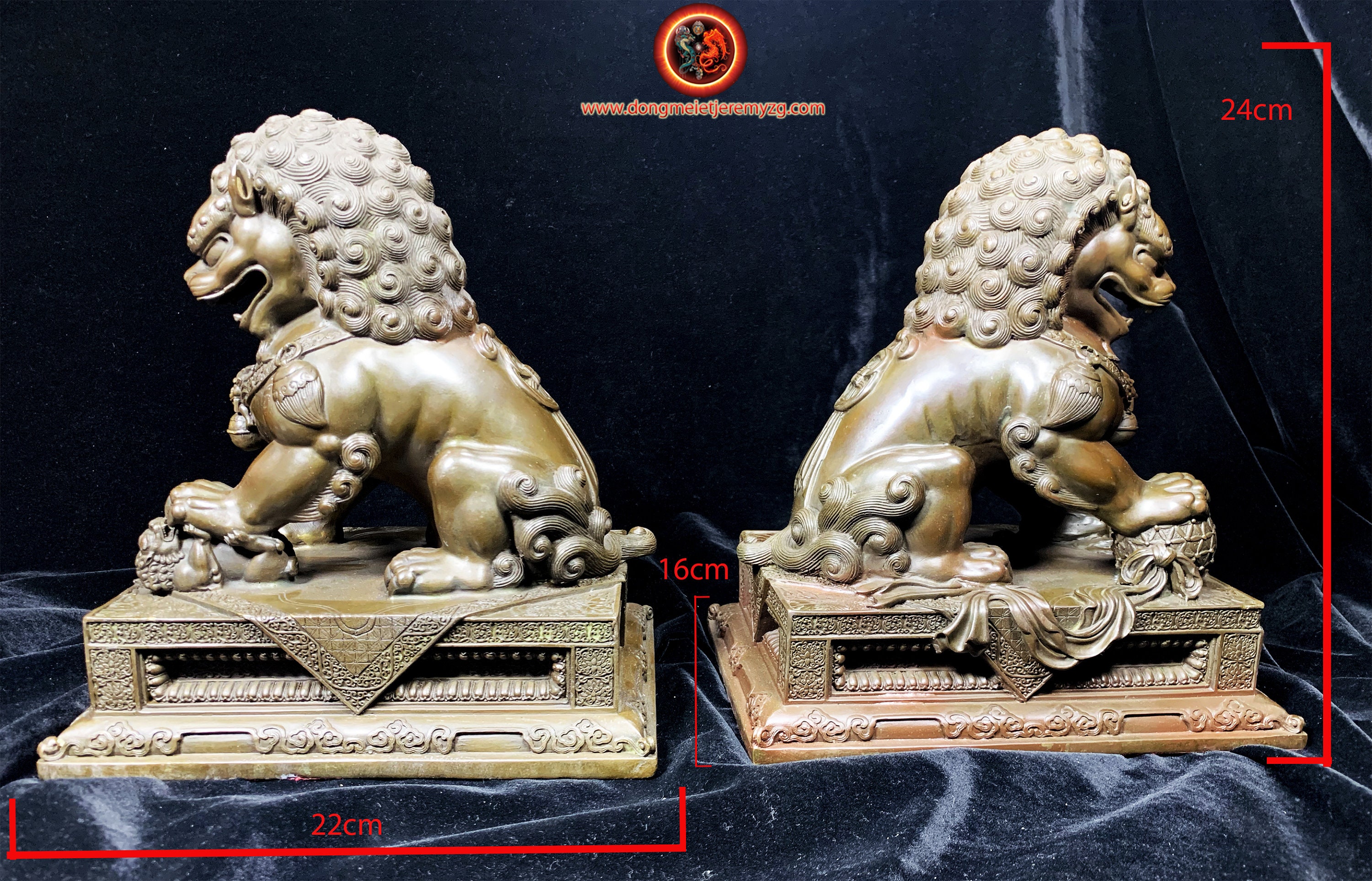 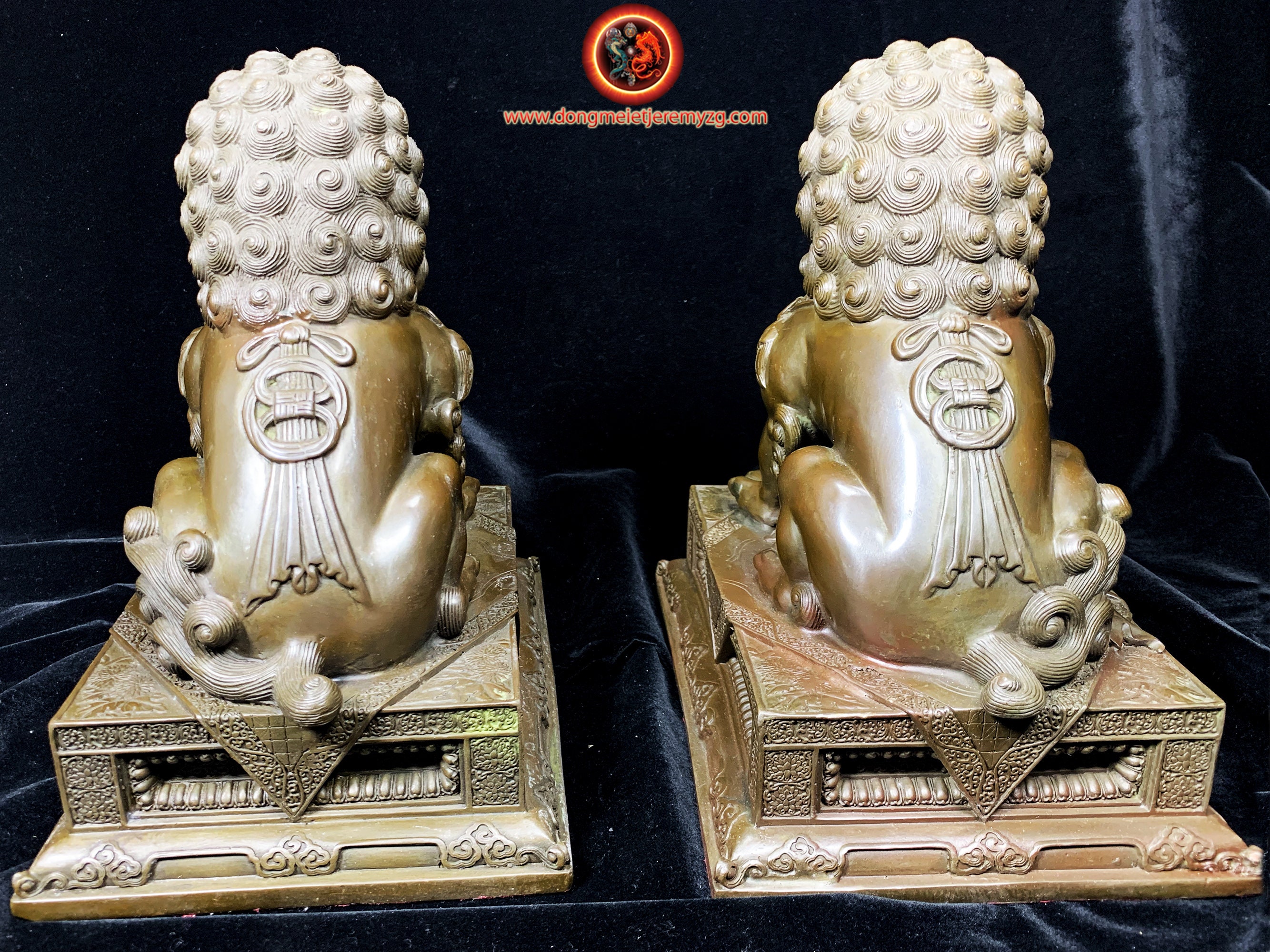 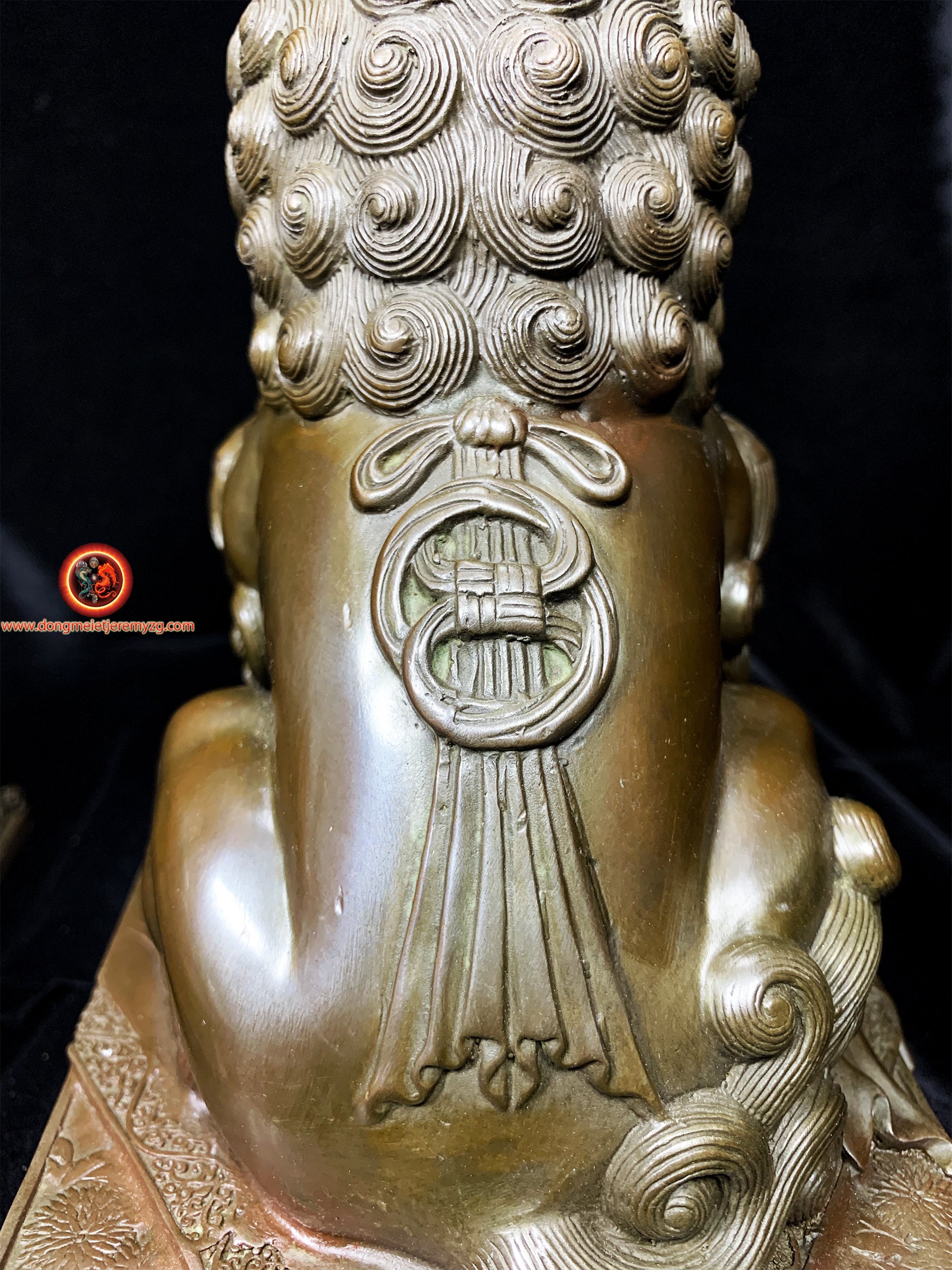 Reproduction faithful to the lions of the forbidden city of Beijing.
Feng shui protection.

Performed by master bronzier.
Dimensions of lions: 24cm high by 22cm long by 16cm wide for each piece.

Legendary animal that discards negative energies and malicious people, the fo lion is always presented in pairs, the male playing with a ball, the female with a lion cub under her paw.

Fo lions also bring Happiness and Fortune to the occupants of the house.

Protection symbol among the best known of Feng Shui,

Chinese guardian lions or imperial guardian lions, traditionally called in Chinese simply shi, and often called "Fo lions" or "Fo dogs" in the West, are a common representation of the lion in imperial China.

Statues of guardian lions are traditionally located in front of Chinese imperial palaces, imperial tombs, administrative buildings, temples, residences of officials and wealthy classes since the Han Dynasty (206 BC - 220 AD). It was believed that they had protective powers. They also appear in other artistic contexts, for example on knockers and pottery. Pairs of guardian lion statues are still common decorative and symbolic elements at the entrances of restaurants, hotels, supermarkets and other structures, with one sitting on either side of the entrance, in China and other places around the world where Chinese have immigrated and settled, especially in local Asian neighborhoods.

Lions are usually represented in pairs, with the male resting his paw on a decorated ball (which, in an imperial context, represents supremacy over the world) and a female holding a small lion (representing education).

Lions are always represented in pairs, a manifestation of yin (the female) and yang (the male). The male has his right front leg on a decorated ball called xiù qiú (绣球), which is sometimes carved with a geometric pattern resembling the figure called "Flower of Life" in the New Age movement. The female is almost identical, but she has a cub under the paw closest to the male (the left), which represents the cycle of life. Symbolically, the female protects those who reside inside, while the male protects the structure. The female sometimes has her mouth closed and the male open. This symbolizes the enunciation of the sacred word Om. However, Japanese adaptations claim that the male inhales, which represents life, while the female exhales, which represents death. In other styles the two lions each have a large pearl in their partially open mouth. The pearl is cut so that it can roll into the lion's mouth but it is large enough that it can never be removed.

According to feng shui, it is important to place lions correctly to ensure their beneficial effect. When looking outwards from the entrance of a building to be guarded, that is, when looking in the same direction as the lions, the male is placed on the left and the female on the right.