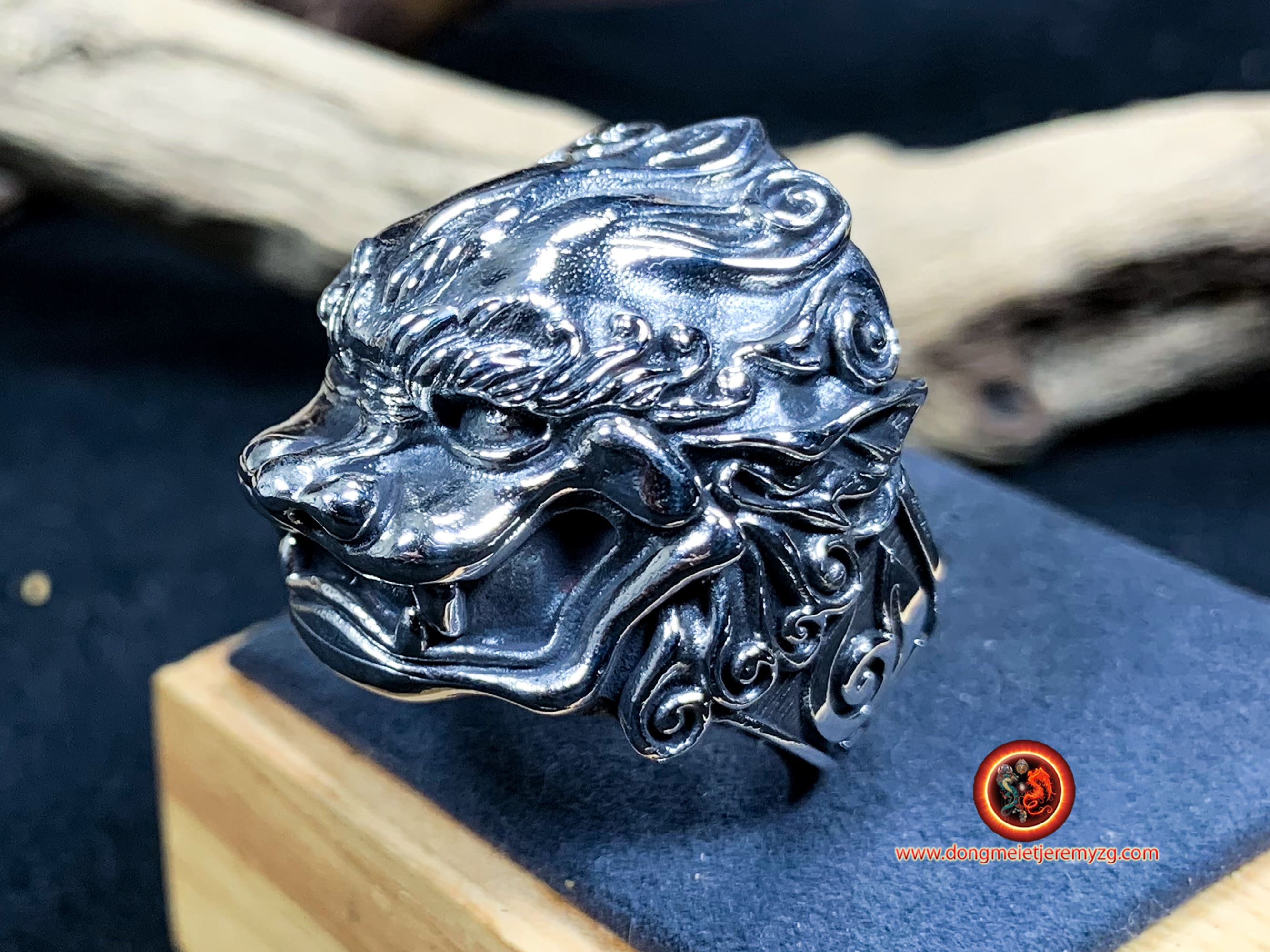 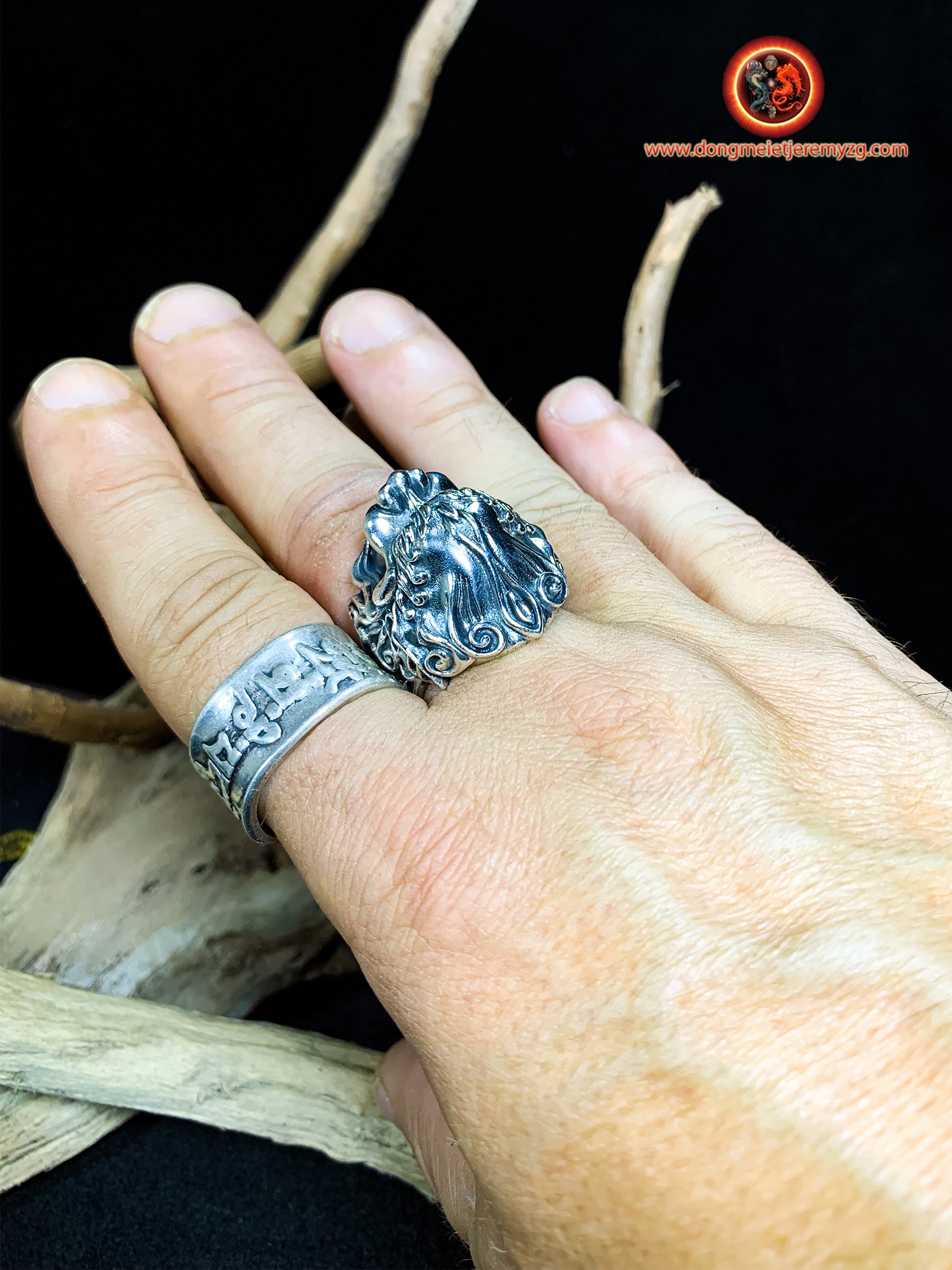 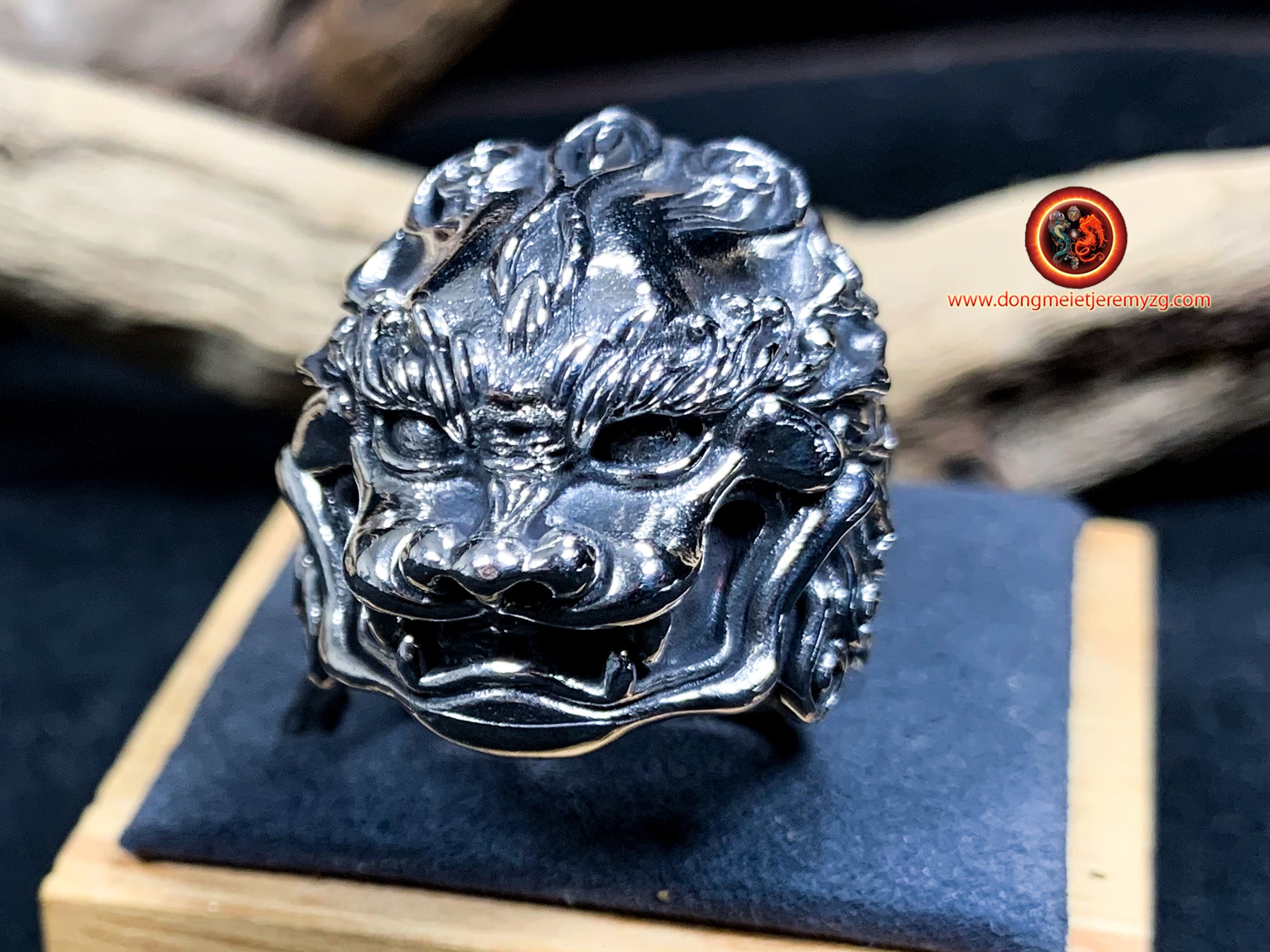 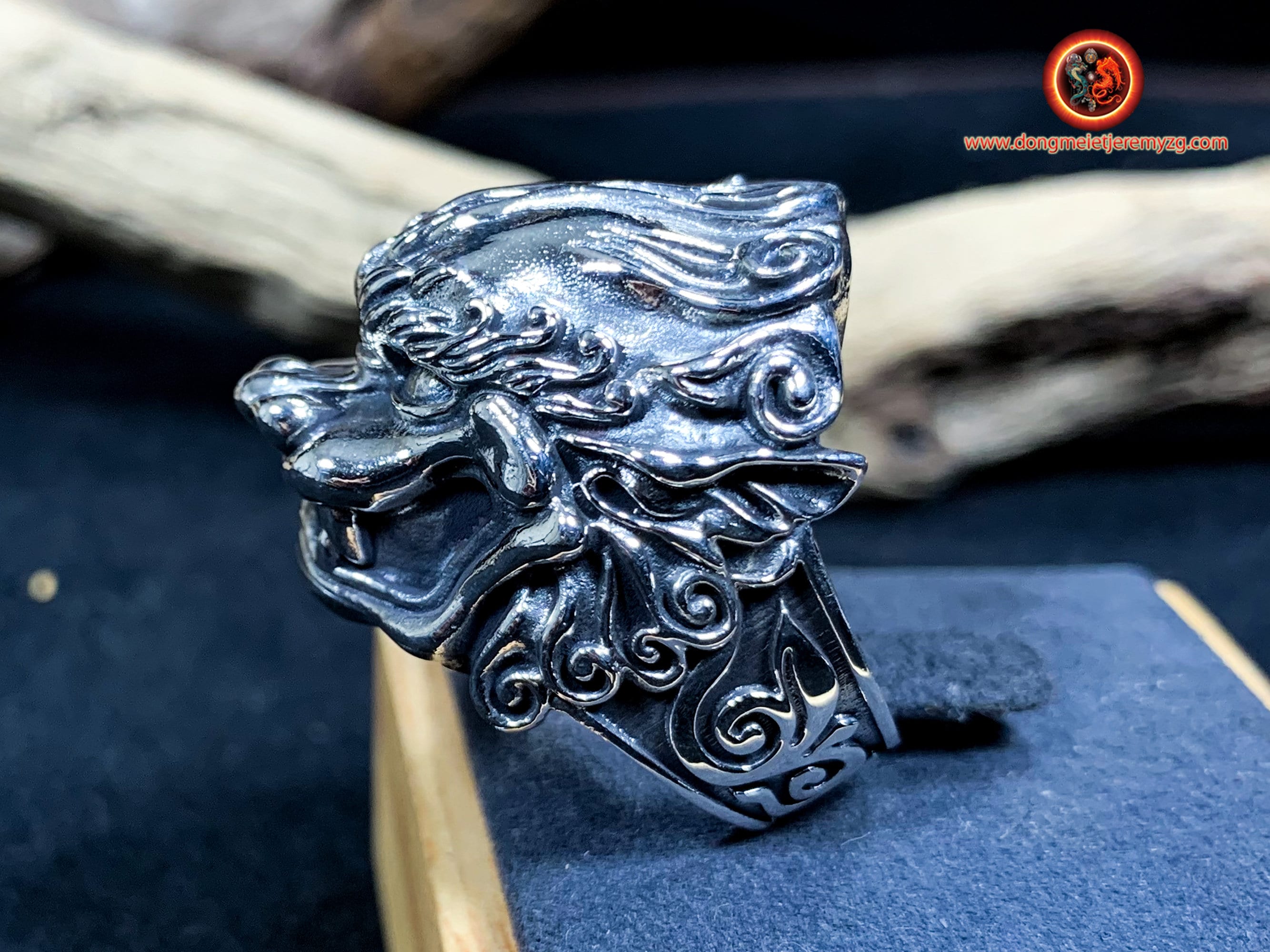 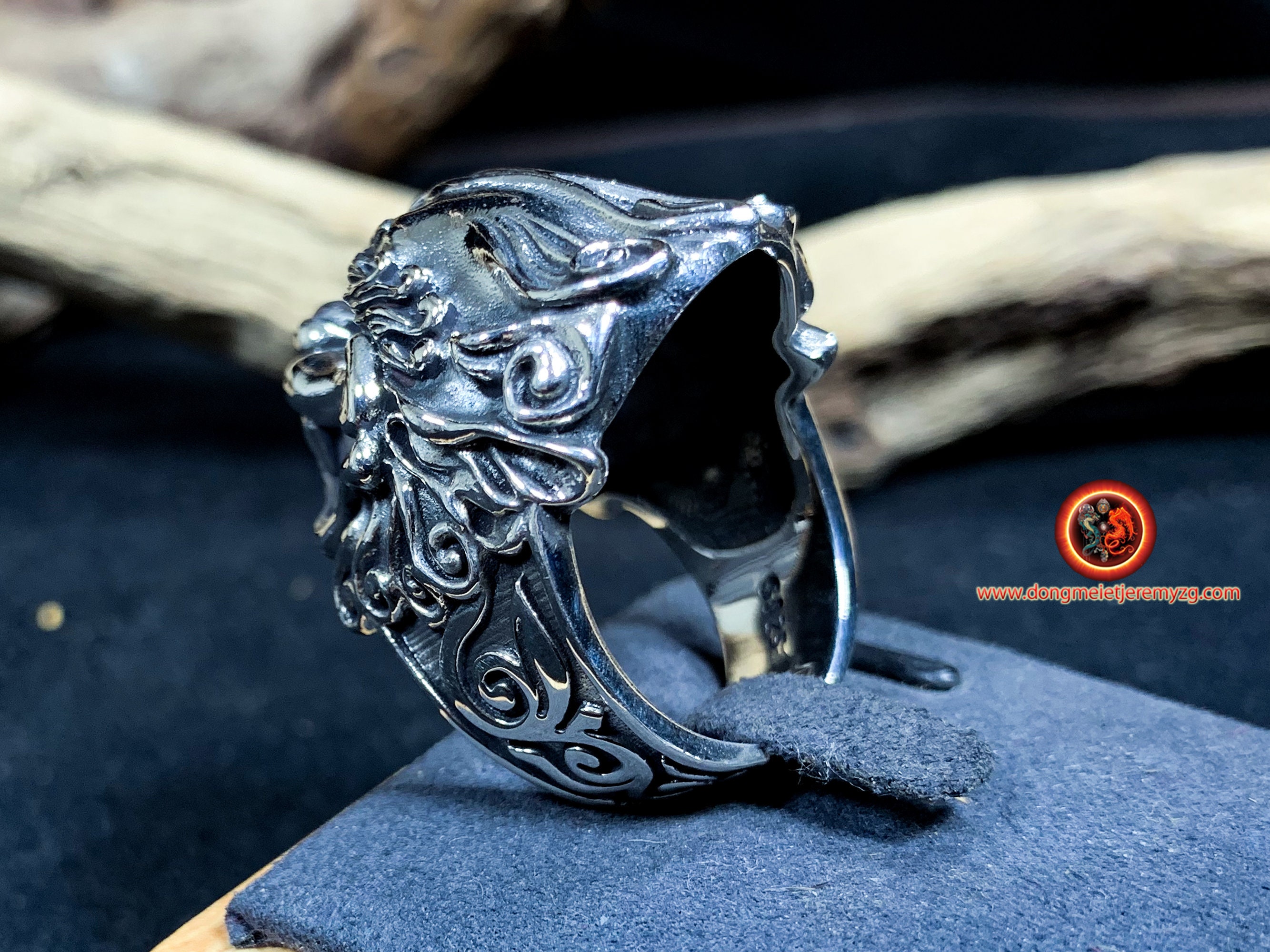 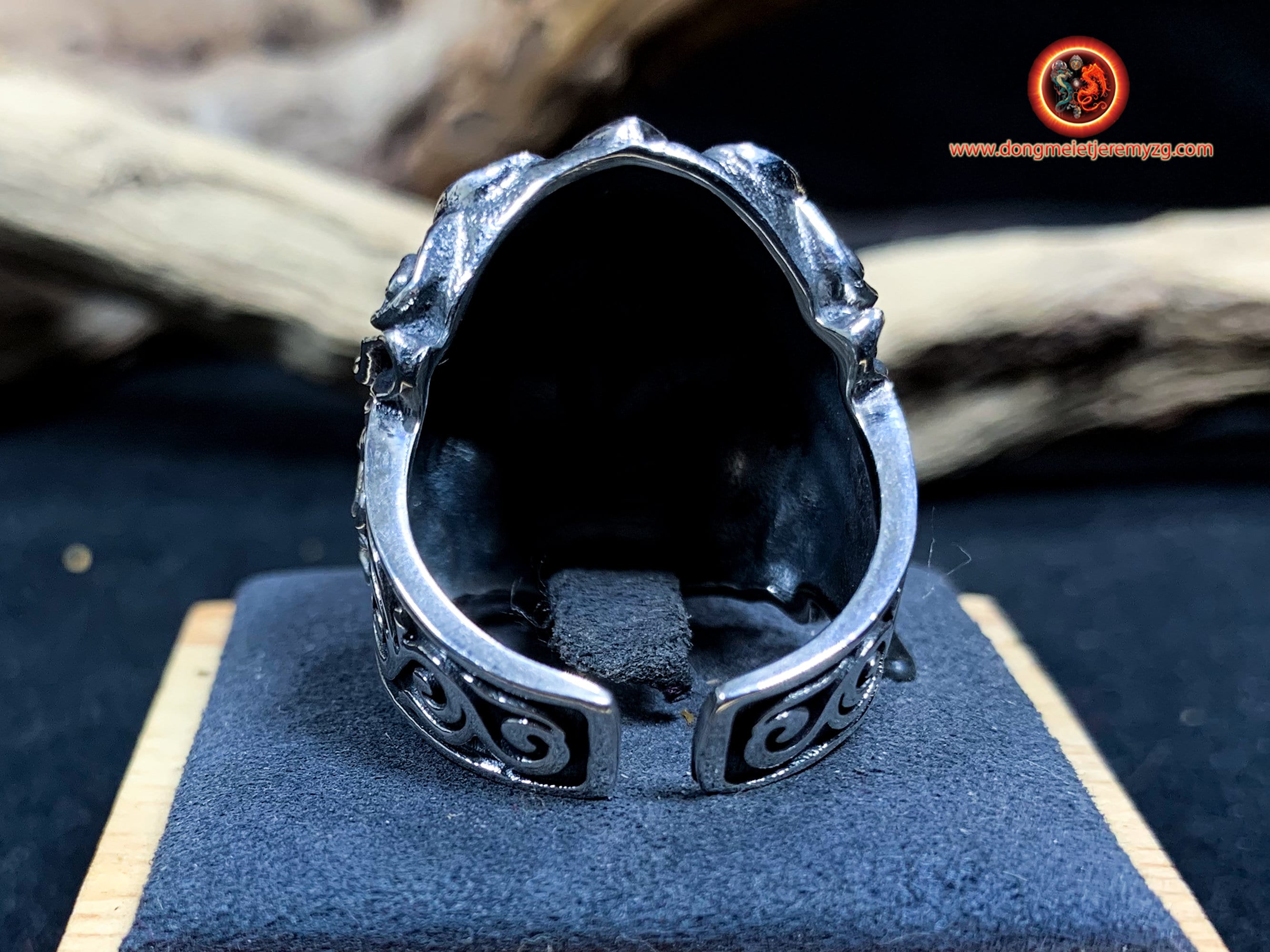 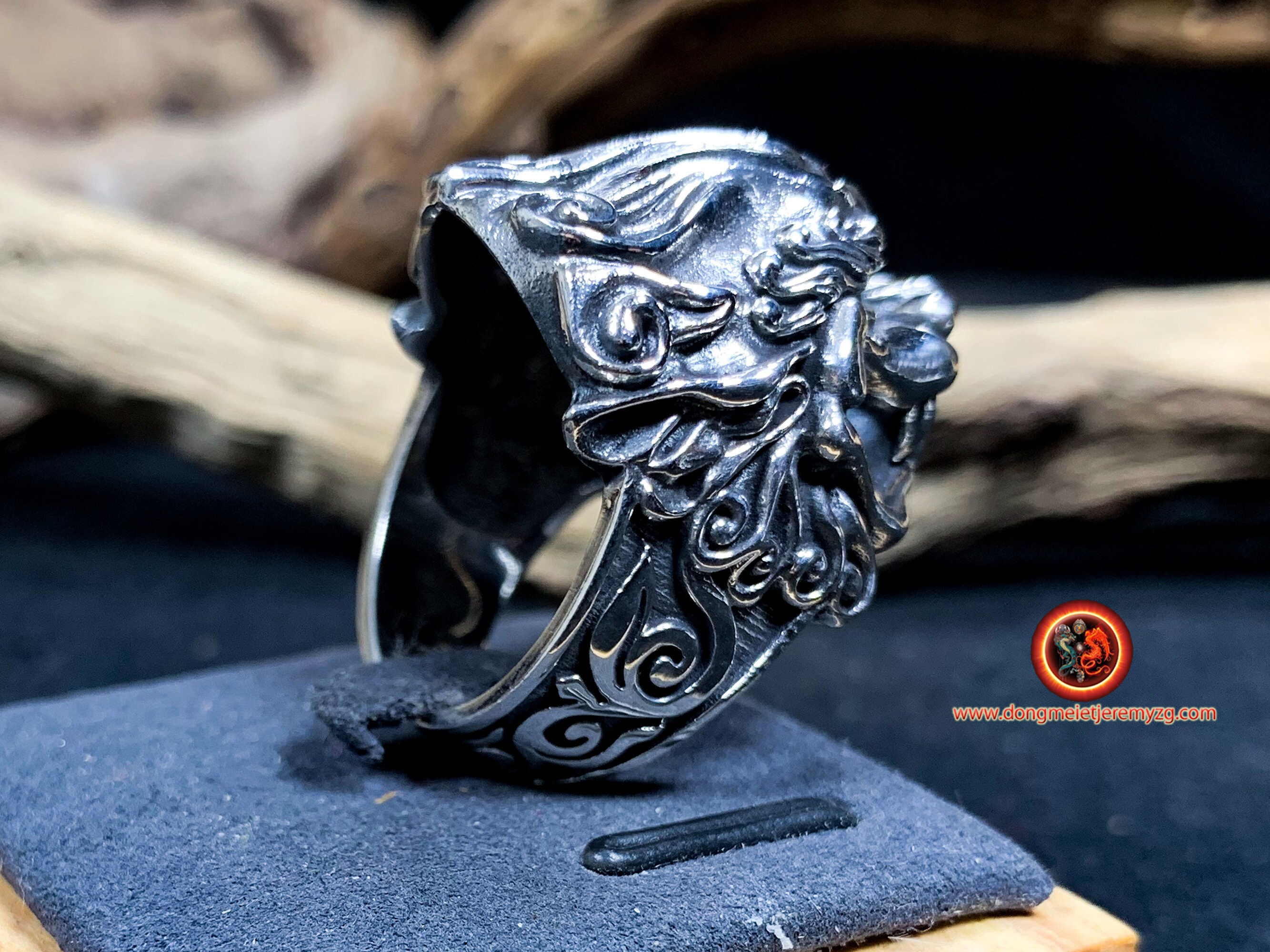 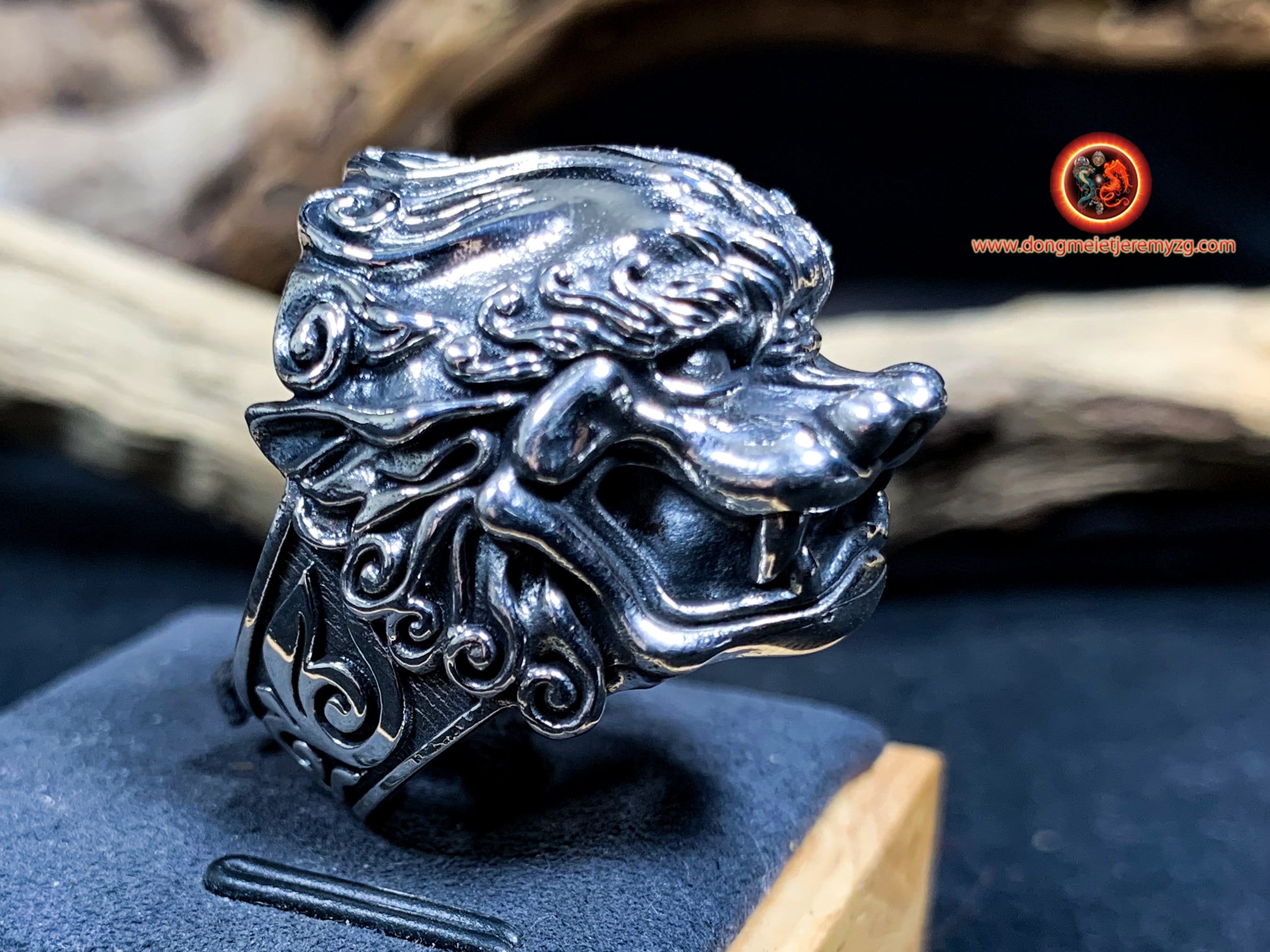 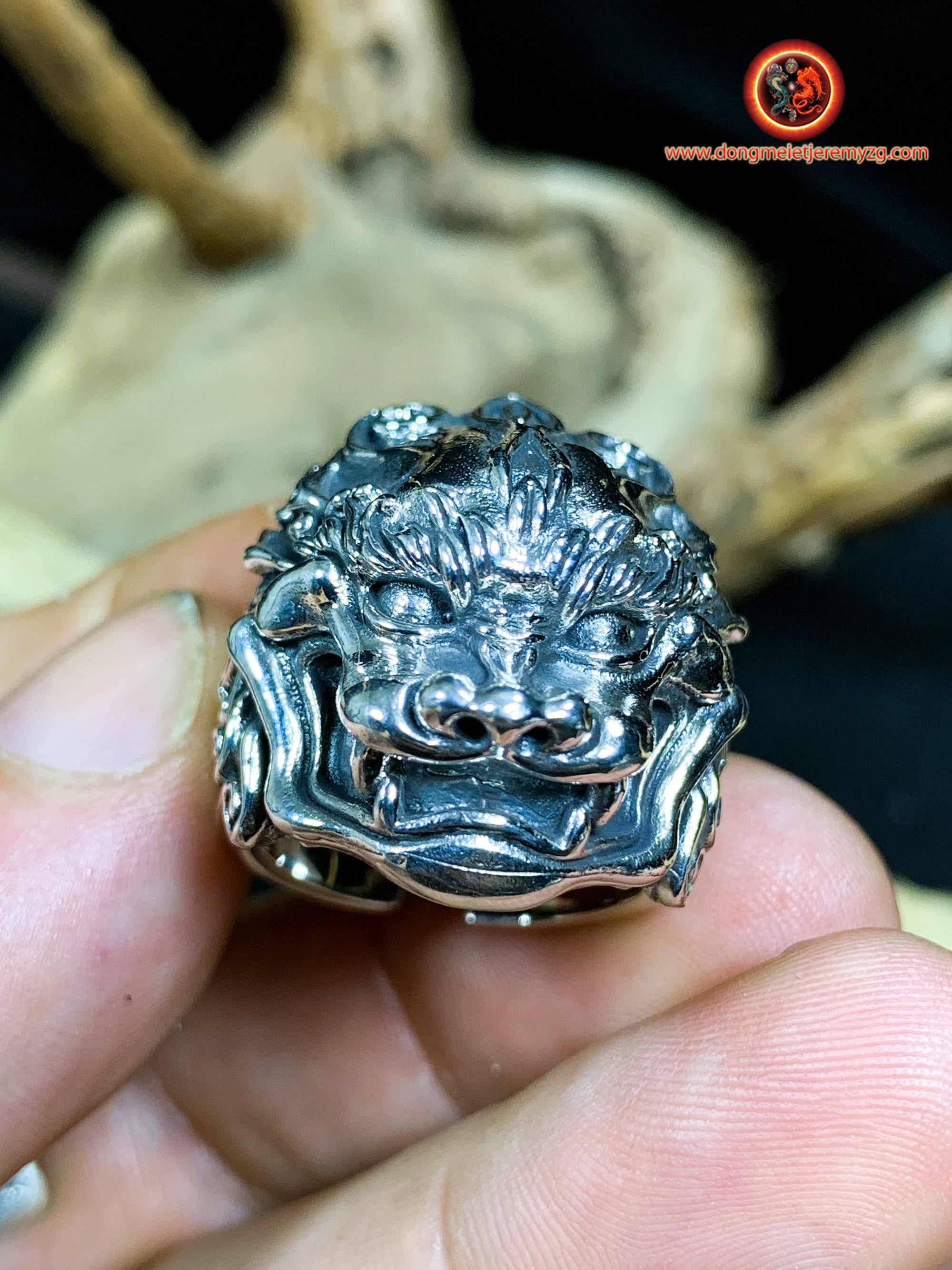 Our entire ring catalog available by clicking on this link
https://www.etsy.com/fr/shop/DongmeietJeremyZG?ref=seller-platform-mcnav&section_id=23983839

Among some 360 scaled creatures in Chinese mythology, the dragon occupied the top of a hierarchy. It was represented by a mixture of several animals but there were a significant number of varieties of dragons according to its habitat
He was one of the four animals symbolizing the cardinal points.
The dragon represented the sunrise so the East, spring and fertility, unlike for example the white tiger of the West.
For the record, the other two animals were the Phoenix in the south and the turtle in the north.
In Taoism, dragons were as benevolent and brought happiness and prosperity. It was only with Buddhism that their nature took on a more threatening aspect.
The dragon was the symbol of the Emperor of China for two millennia it was customary to call the Emperor of China, "Dragon".
According to legend, the dragon had nine sons with a clear personality and a very specific place in iconography.

Baxia likes to carry heavy loads, it appears in the form of a turtle supporting huge stelae.
Bian appears as a tiger in court and prison because he knows who is good or bad.
Bixi is on the baskets.
Chaofeng likes to take risks which is why it is found in decoration on roofs
Chiwen likes to look at distant horizons.
Fuxi loves literature and is engraved on tablets
Gonfu loves water; it is depicted on bridges.
Haoxian carefree he loves adventure and is on the gutters
Jiaotu is on the doors.
Longgui appears in the form of a dragon-headed turtle.
Pulao loves to shout, that's why we find his image on the bells.
Qiuniu loves the music feature on musical instruments.
Suanmi loves fire and smoke that's why it serves as the foot of the perfume burners
A bellicose and valiant Yazi, he appears on the handles of knives and swords