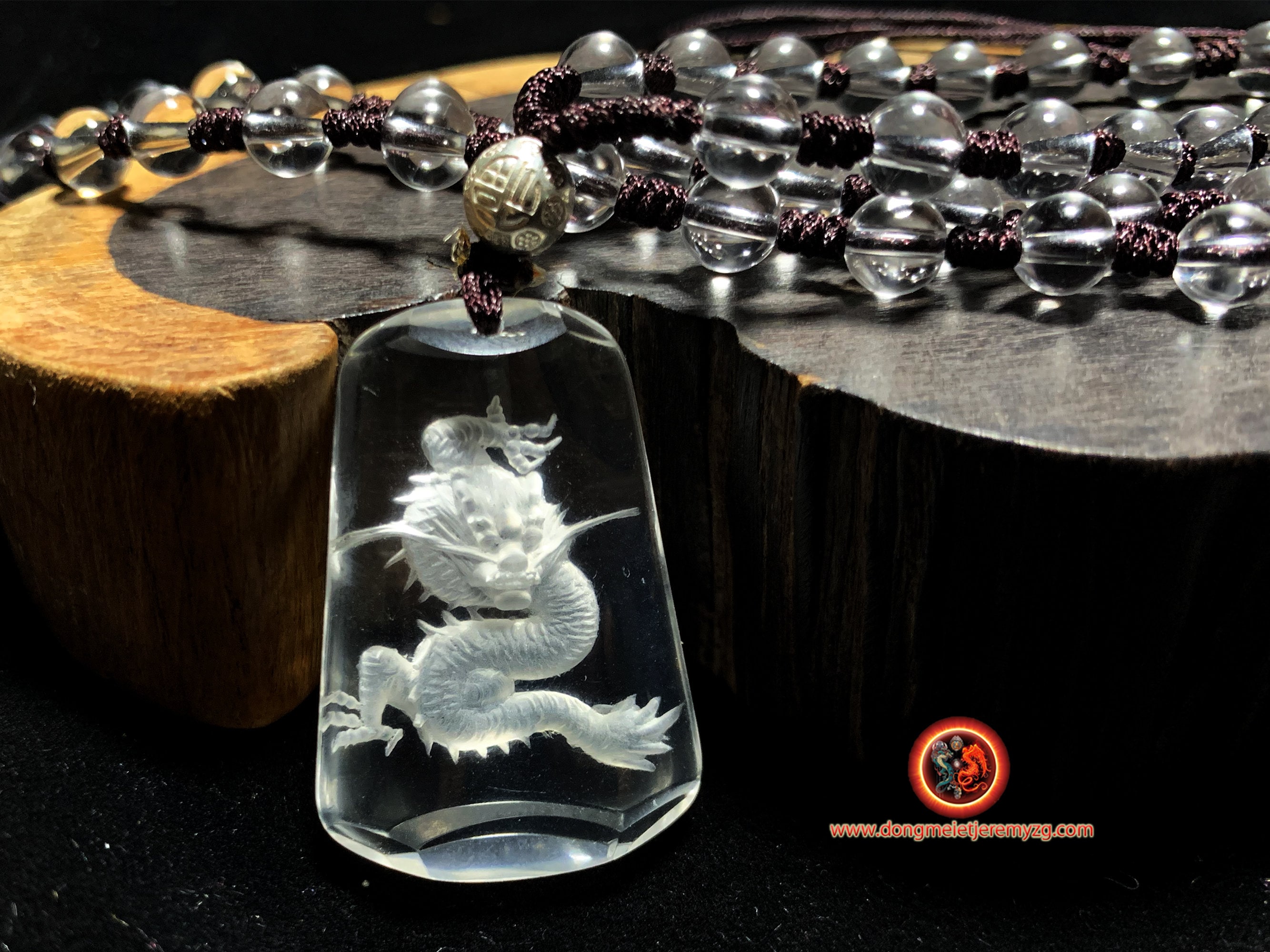 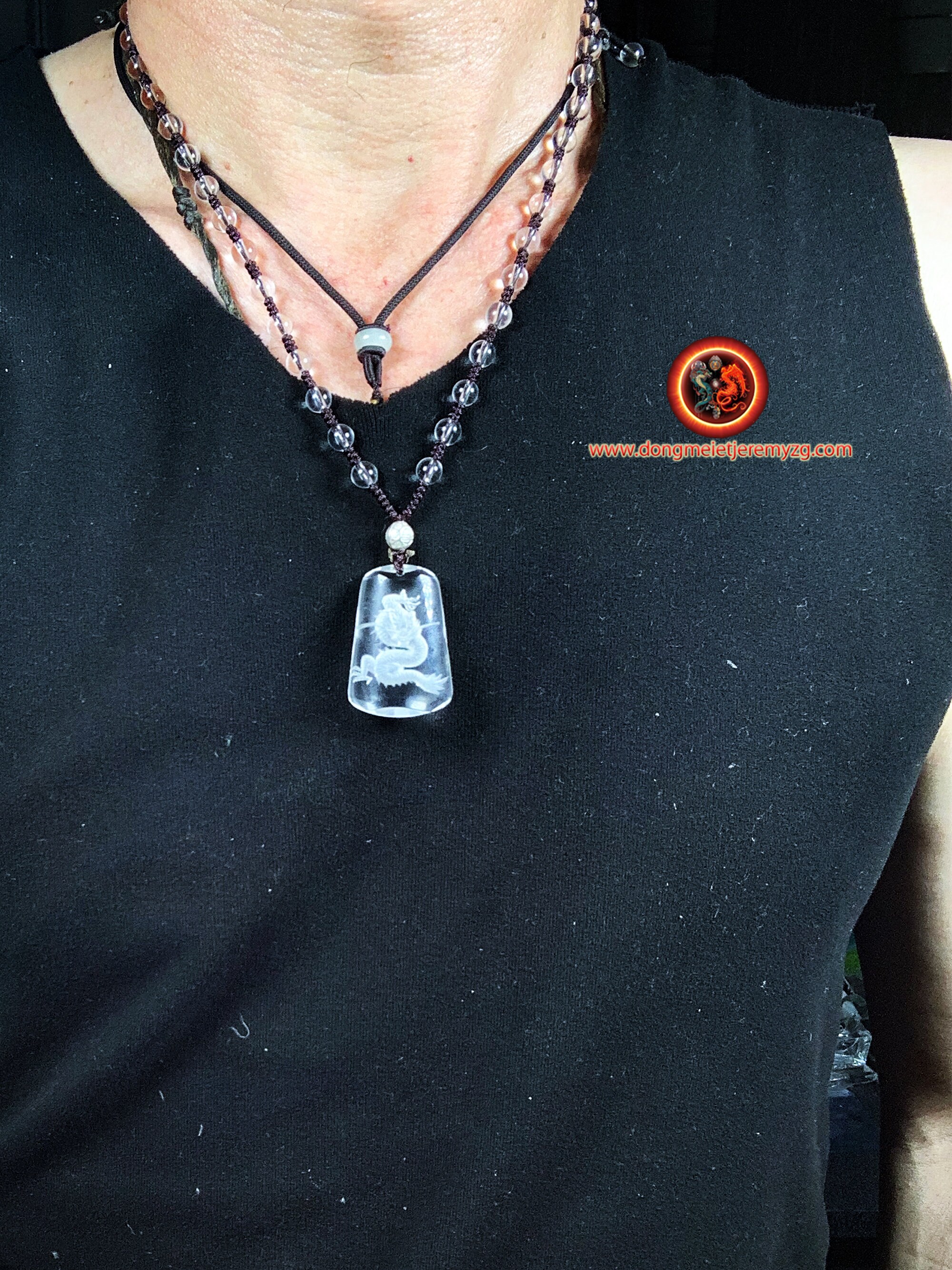 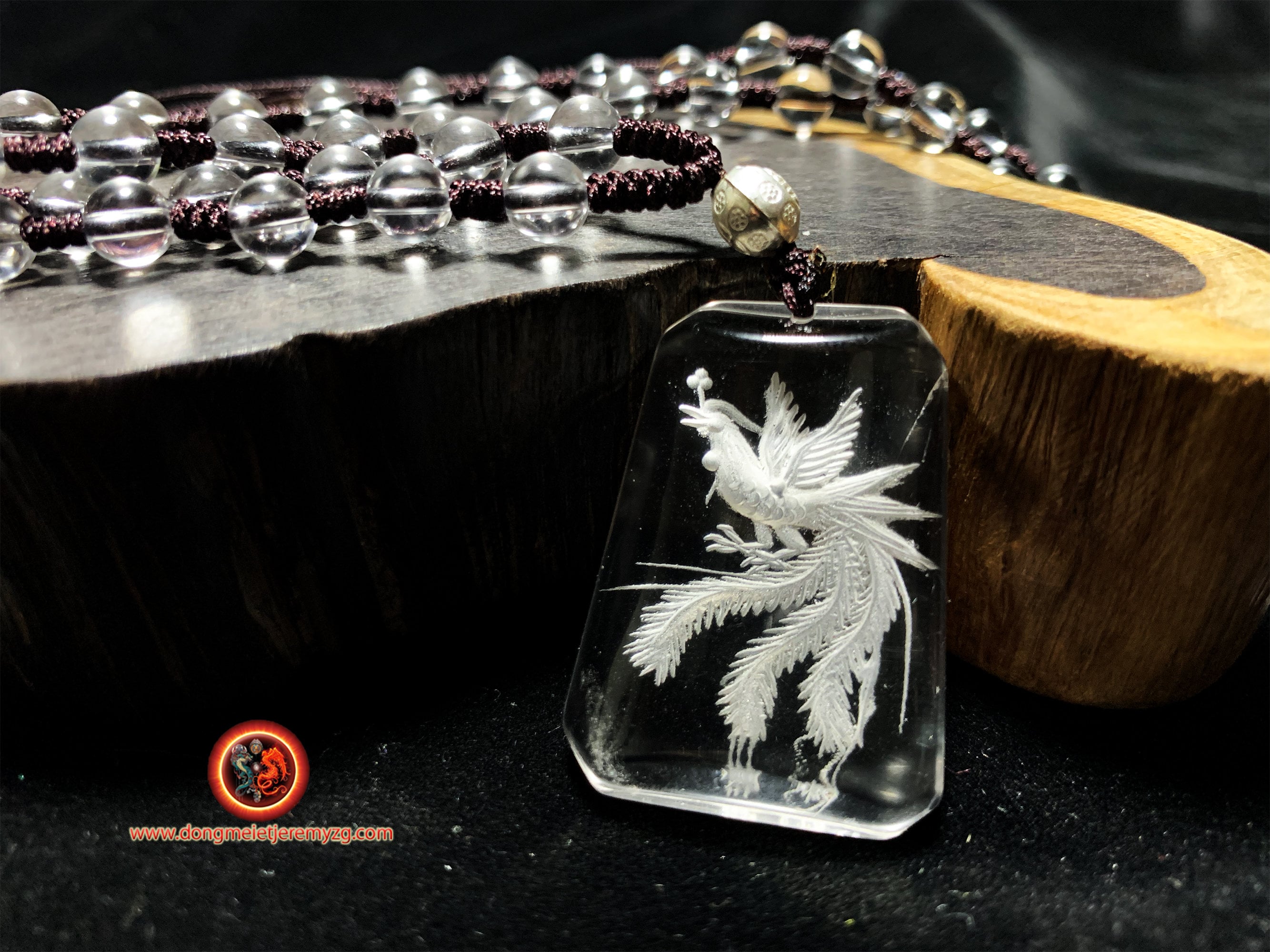 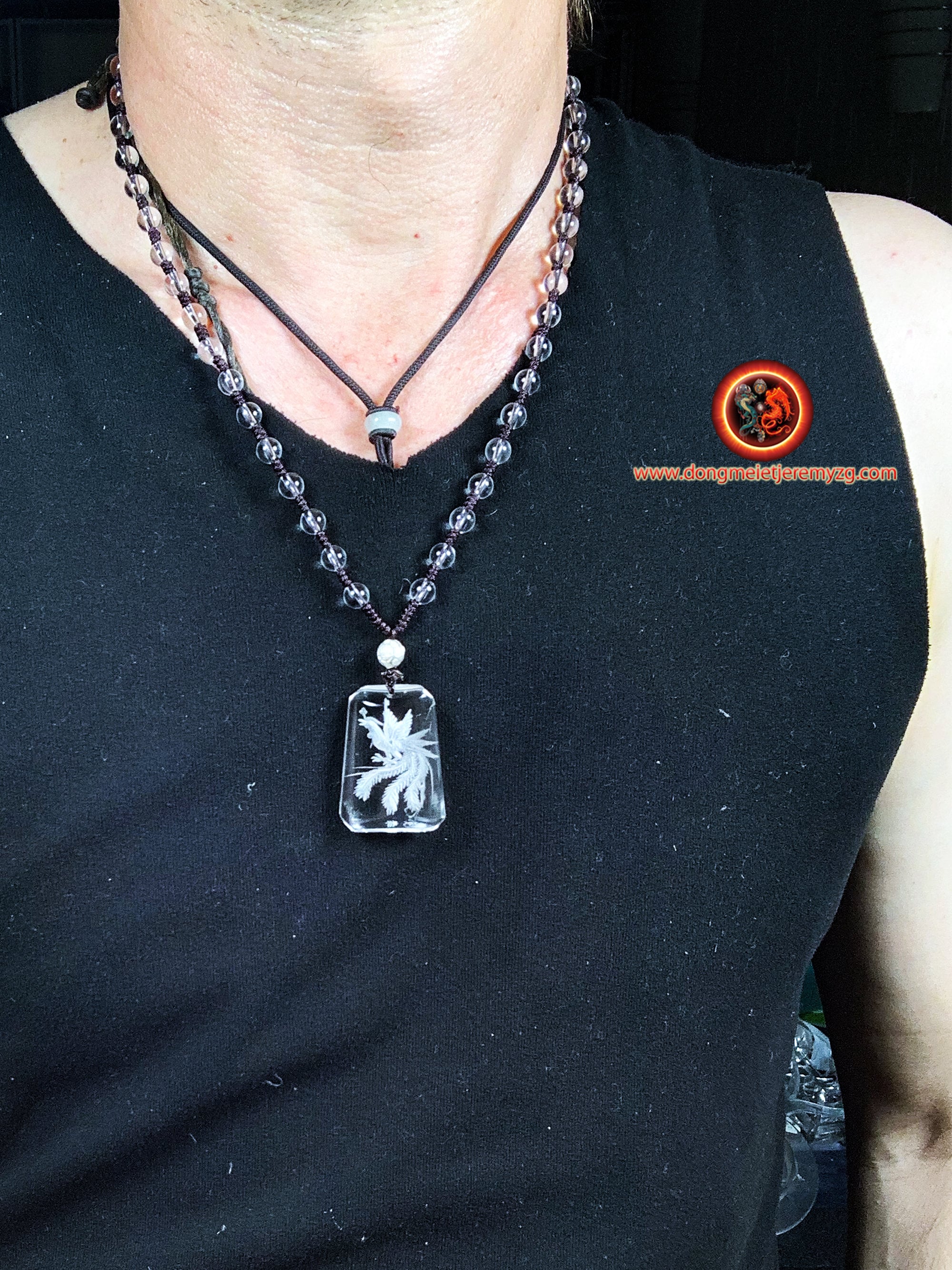 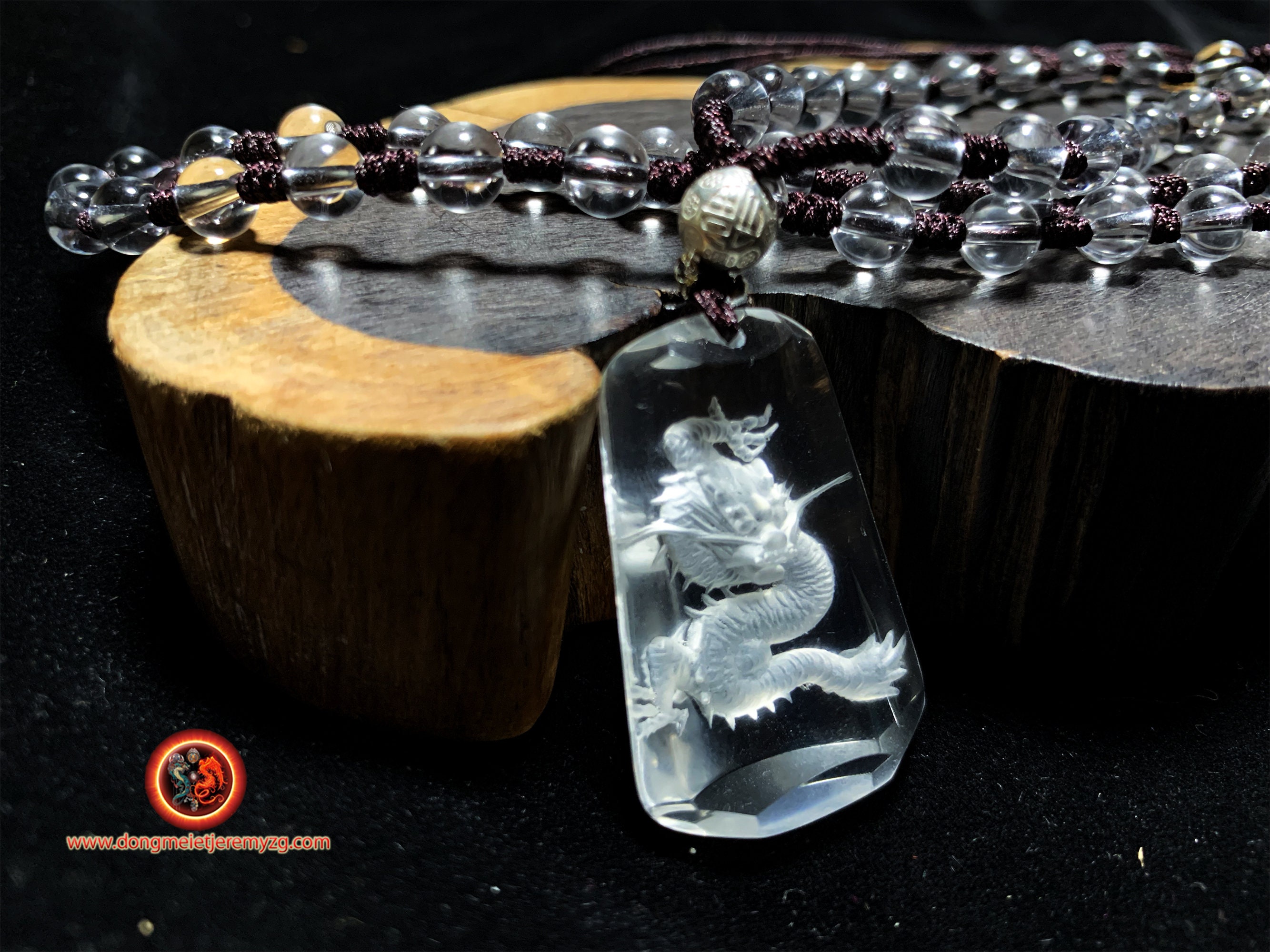 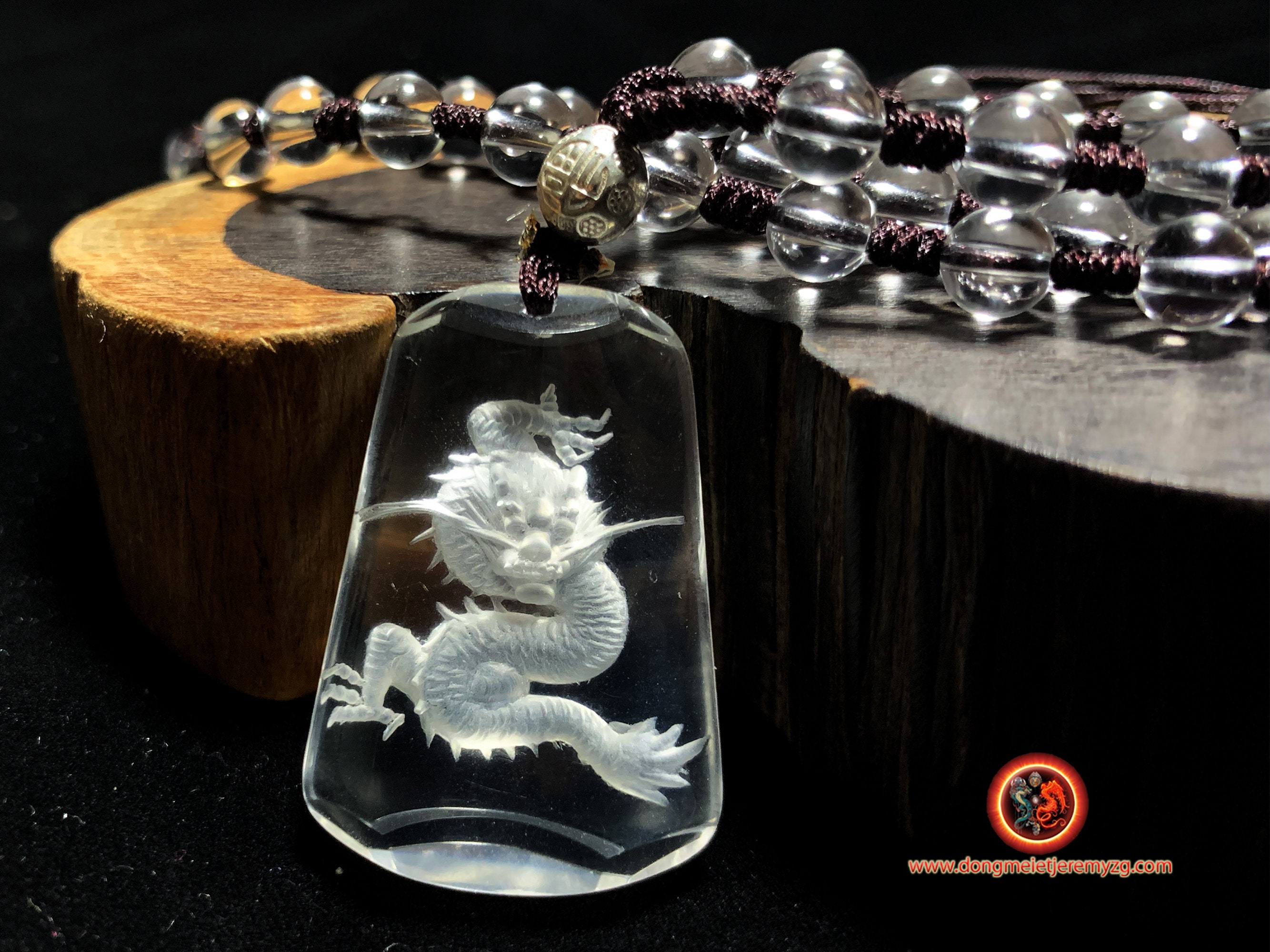 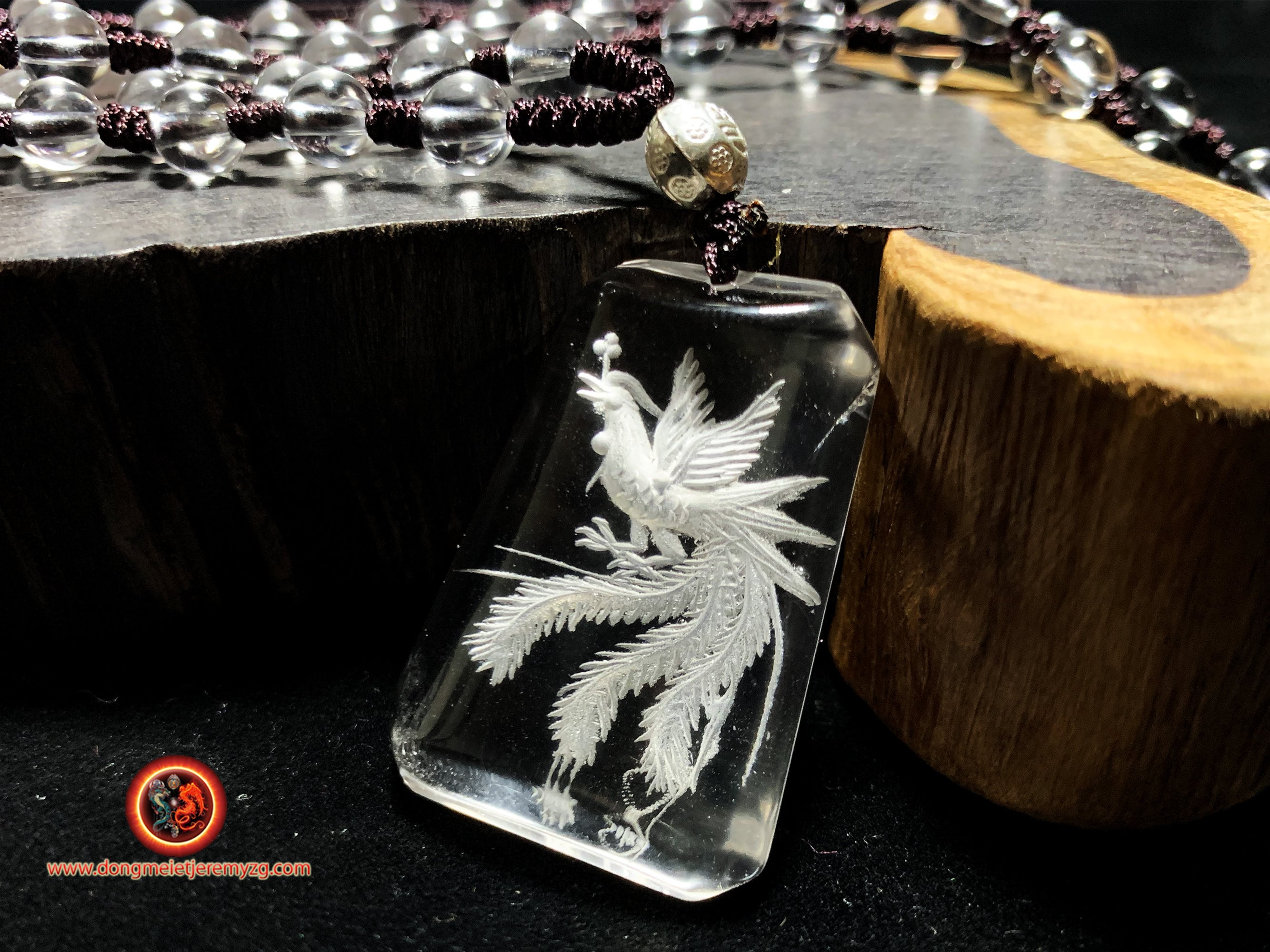 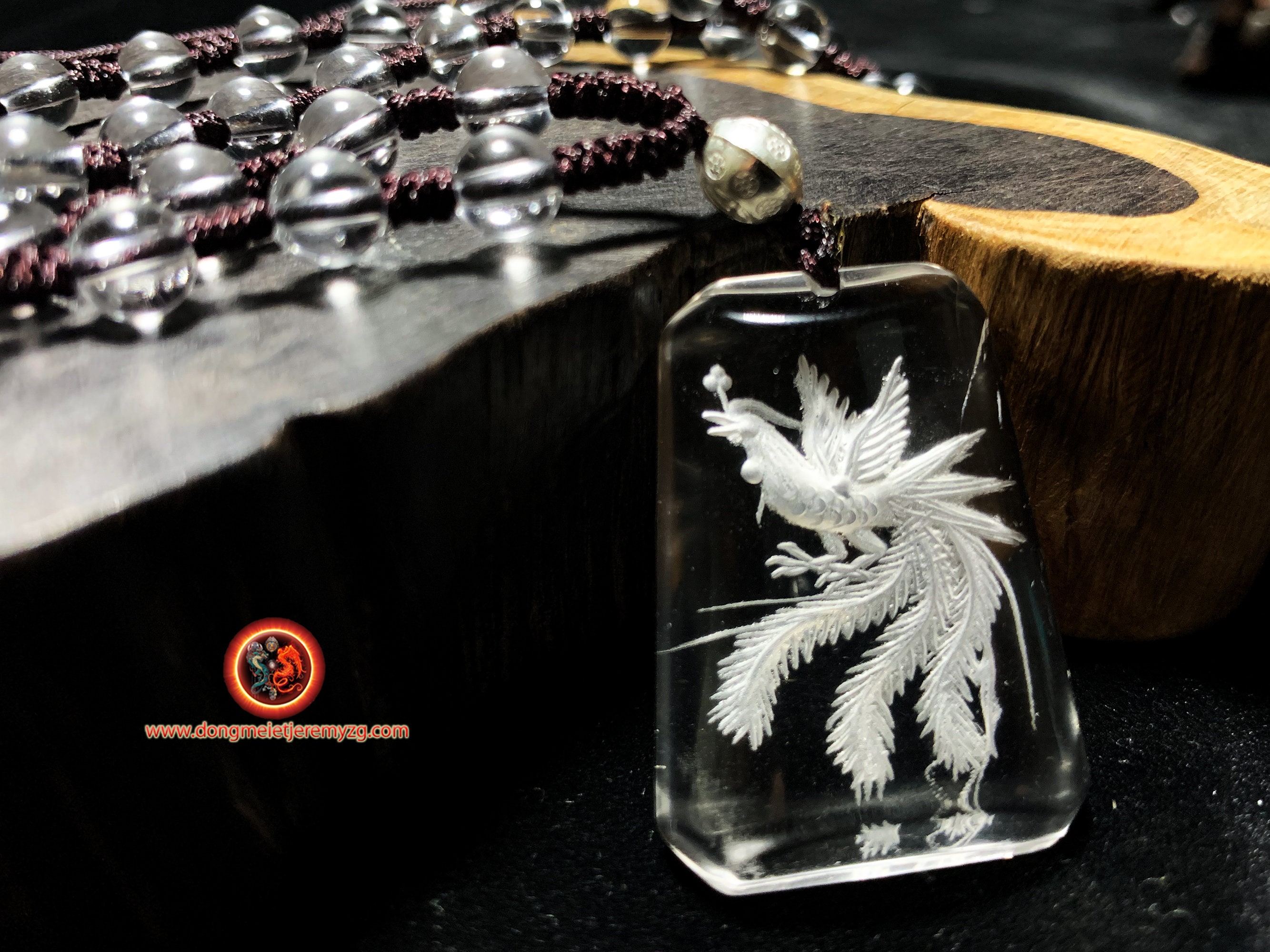 Feng Shui pendants for couples.
Phenix and Dragon Rock crystal quality gem carved in intaglio on the back 3D effect
gem quality expert crystal
As a gemologist graduated from the National Institute of Gemmology (ING PARIS), all our stones are appraised and natural guarantees.

Mounted on braided pearl necklace in rock crystal and adjustable thanks to a sliding clasp system.

Dimensions of the two pendants
35mm high by 25mm.de wide by 12mm thick
Weight of 75 carats

To discover our entire collection "Taoist protections", please click on this link
https://www.etsy.com/fr/shop/DongmeietJeremyZG?ref=seller-platform-mcnav§ion_id=23827698

PHENIX
The phoenix, sometimes written phoenix, is a mythical bird, endowed with great longevity and characterized by its power to be reborn after being consumed in flames. It thus symbolizes the cycles of death and resurrection. It is called by a modern periphrase "the firebird"

Dragon
The dragon is almost always beneficial and helps gods and men to defeat the forces of evil or natural disasters.