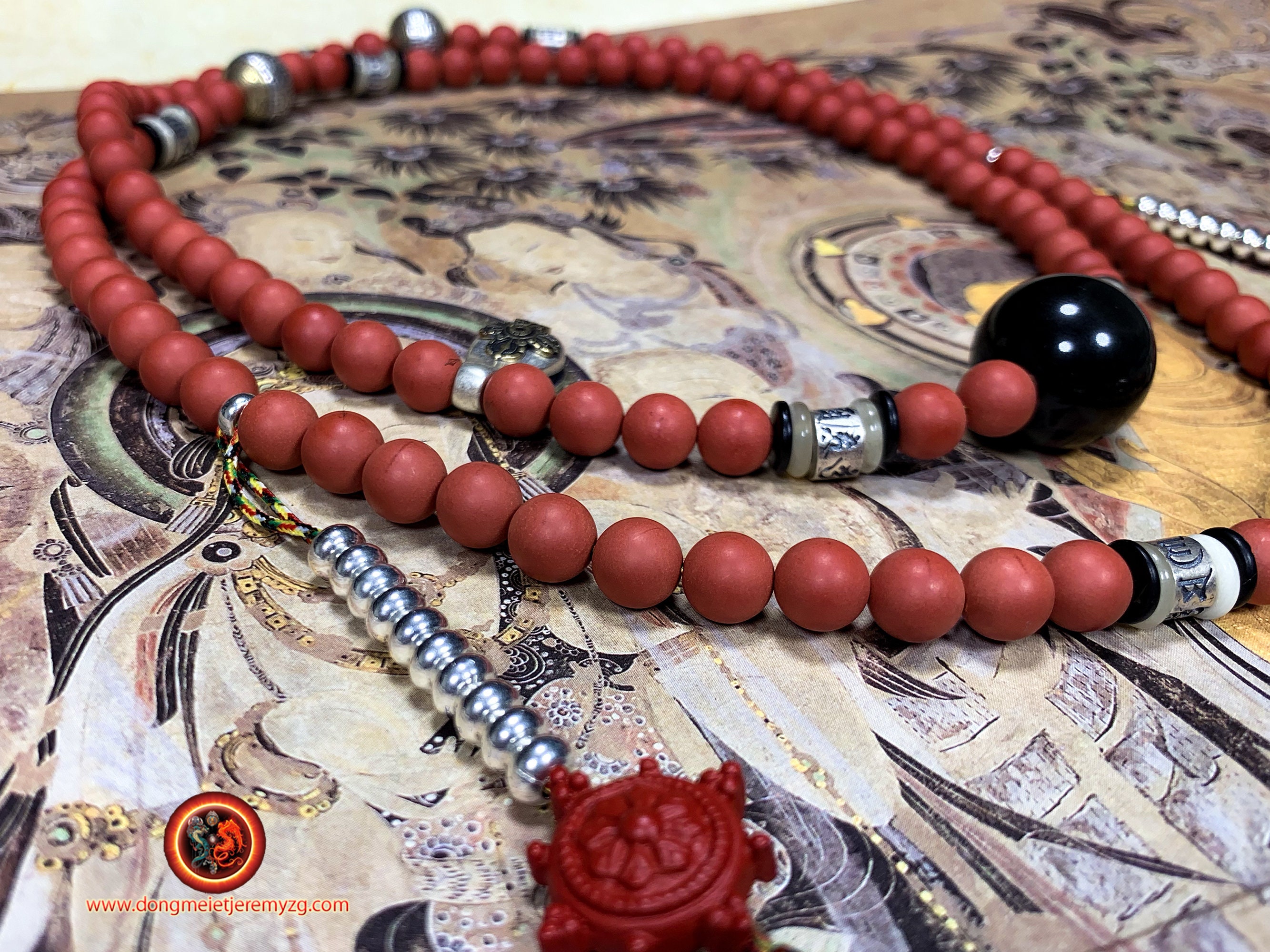 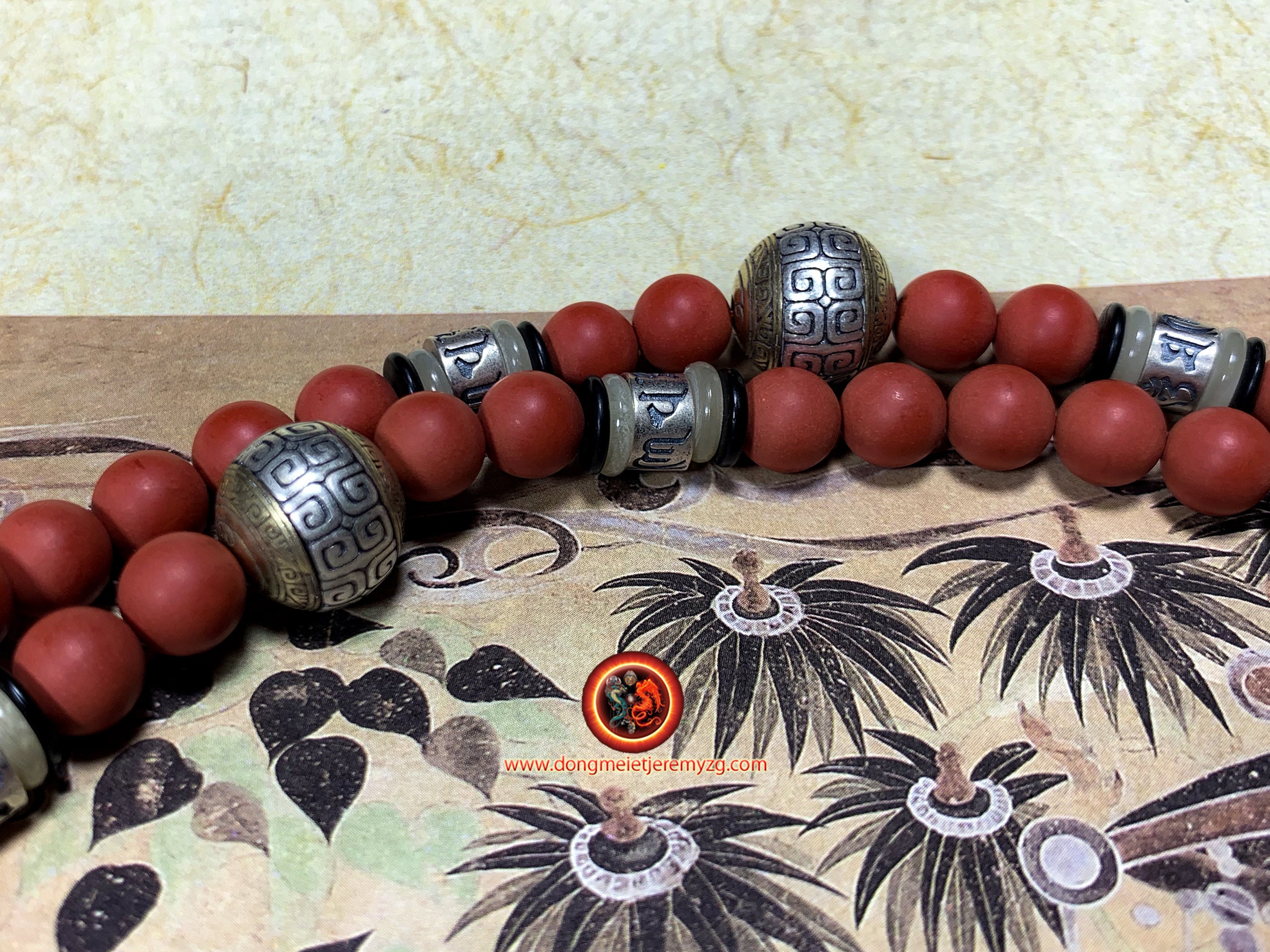 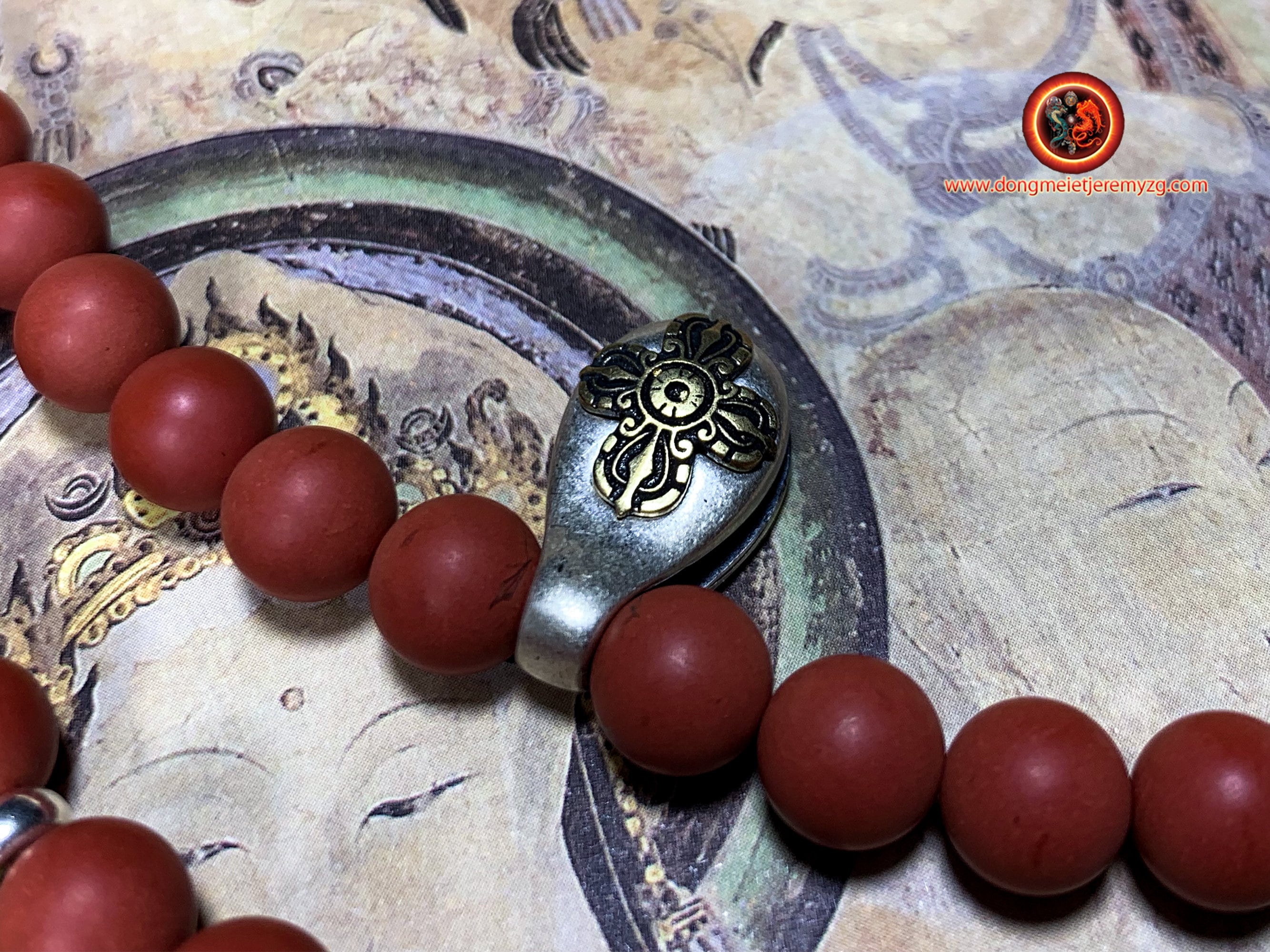 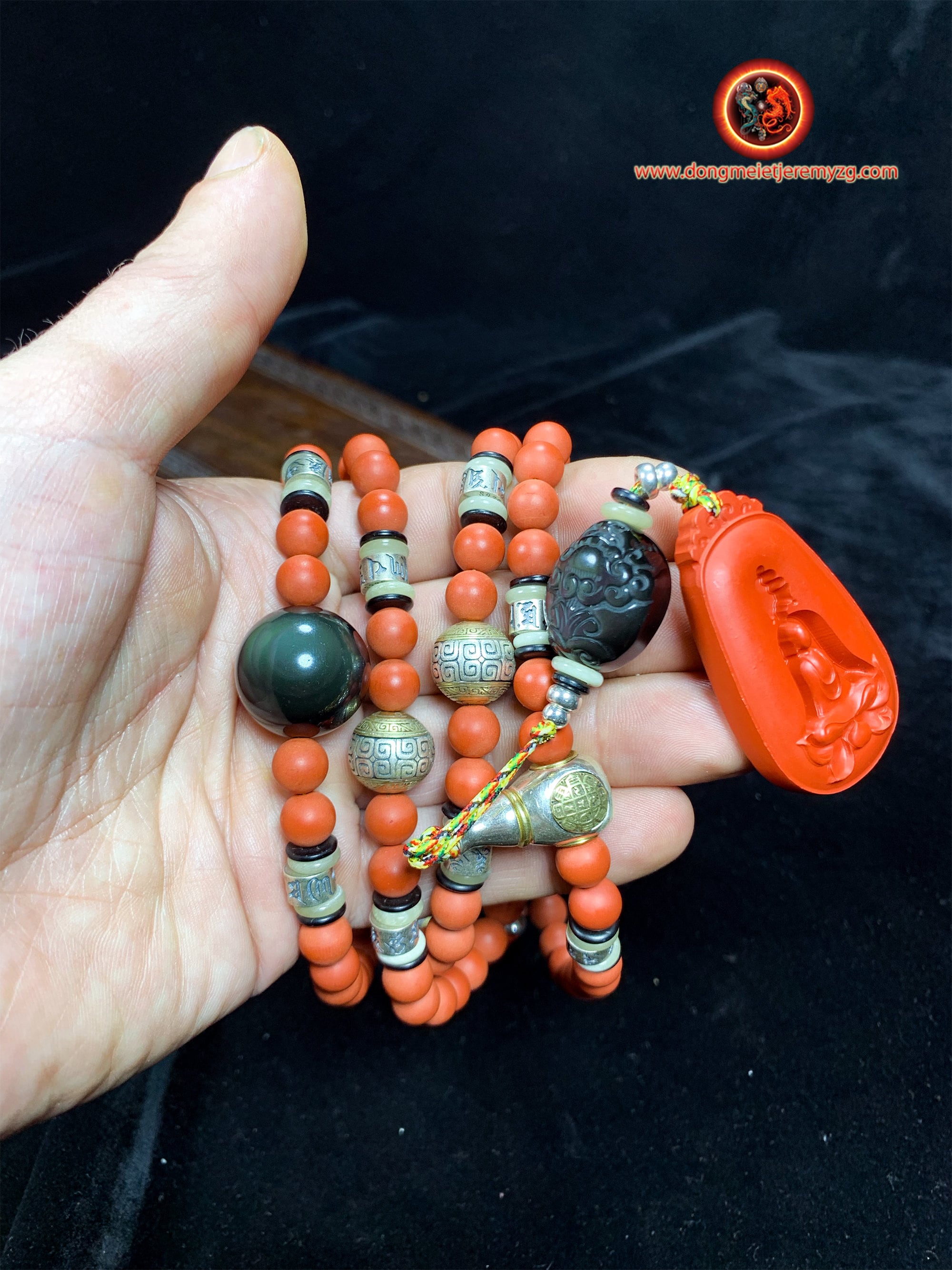 Mala traditional Tibetan Buddhist rosary,
108 pearls of 95% pure cinnabar
in general, the cinnabar used in jewelry is 45% pure, powdered and mixed with resin.
95% pure cinnabar is much rarer, difficult to obtain and therefore more expensive
Also a lot of counterfeits circulate on the market
Pearls of 10 mm.