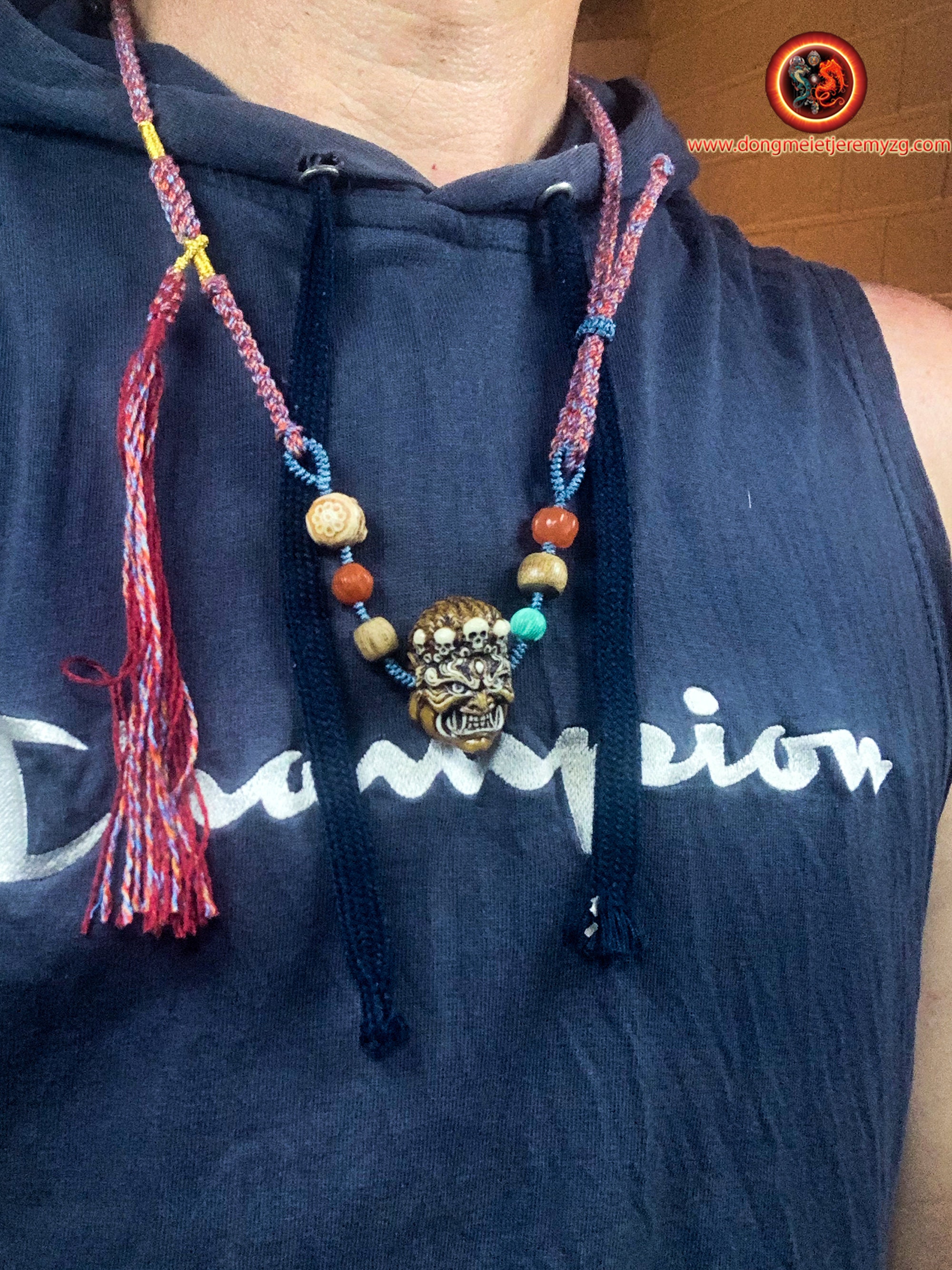 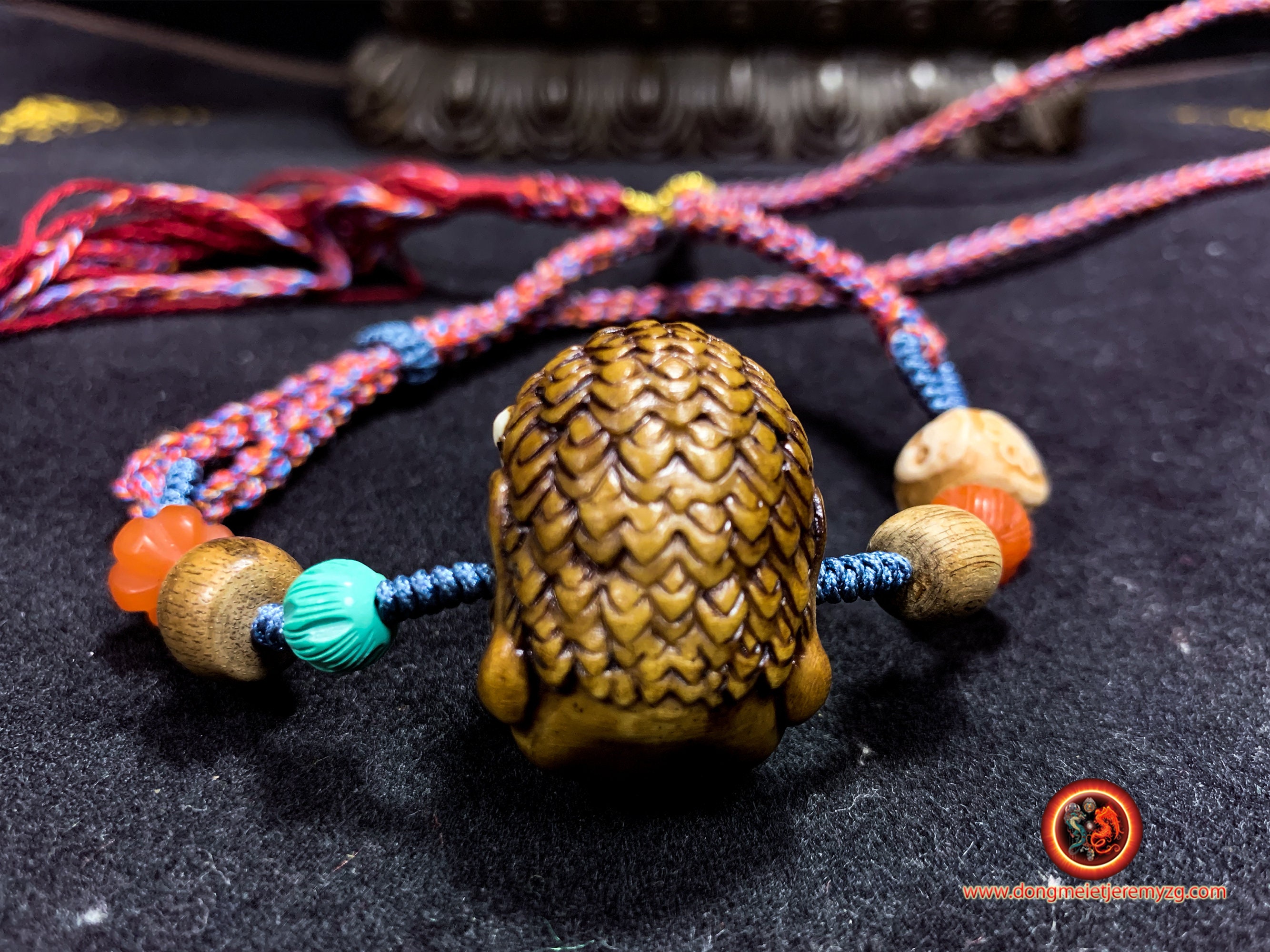 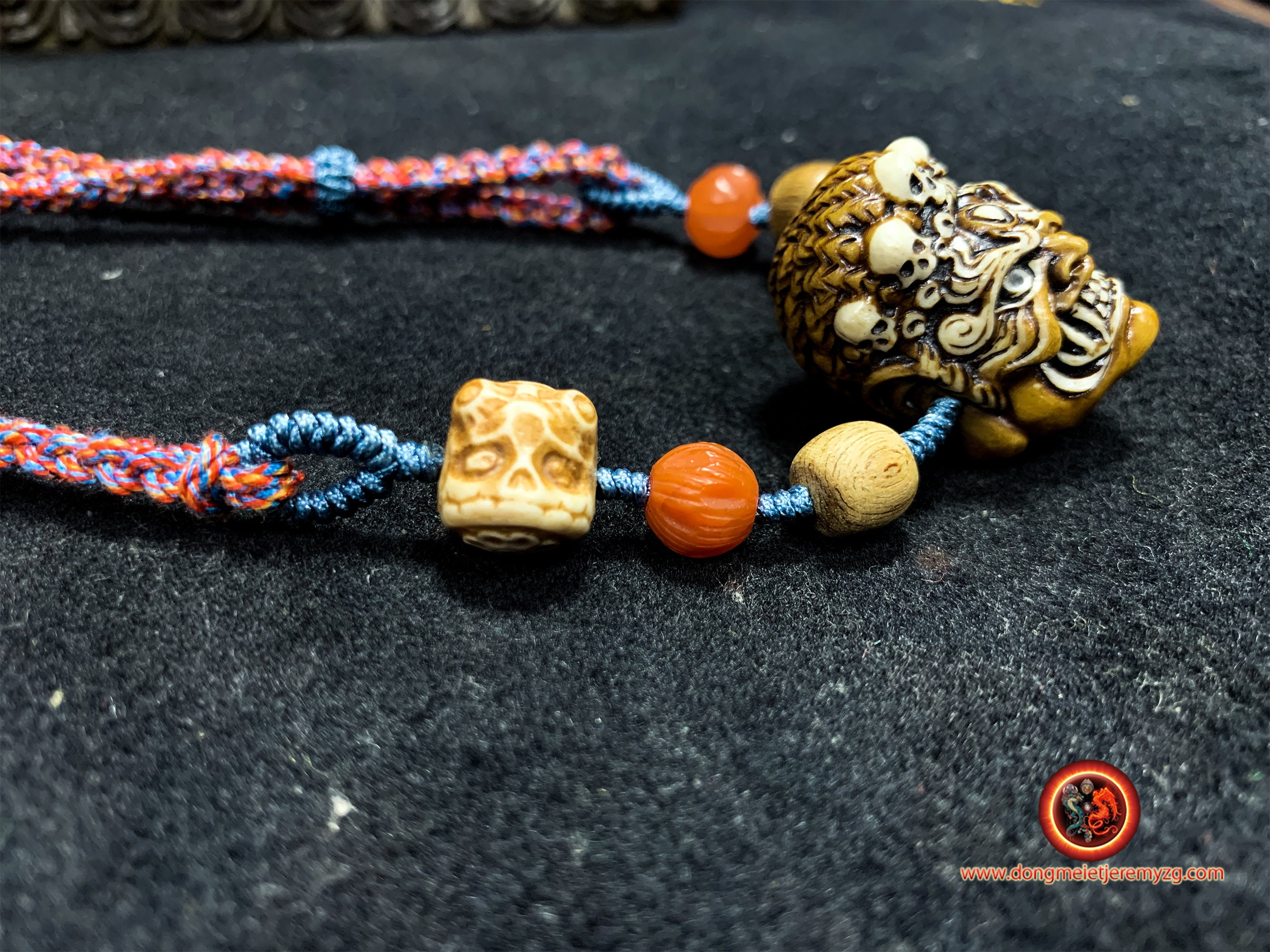 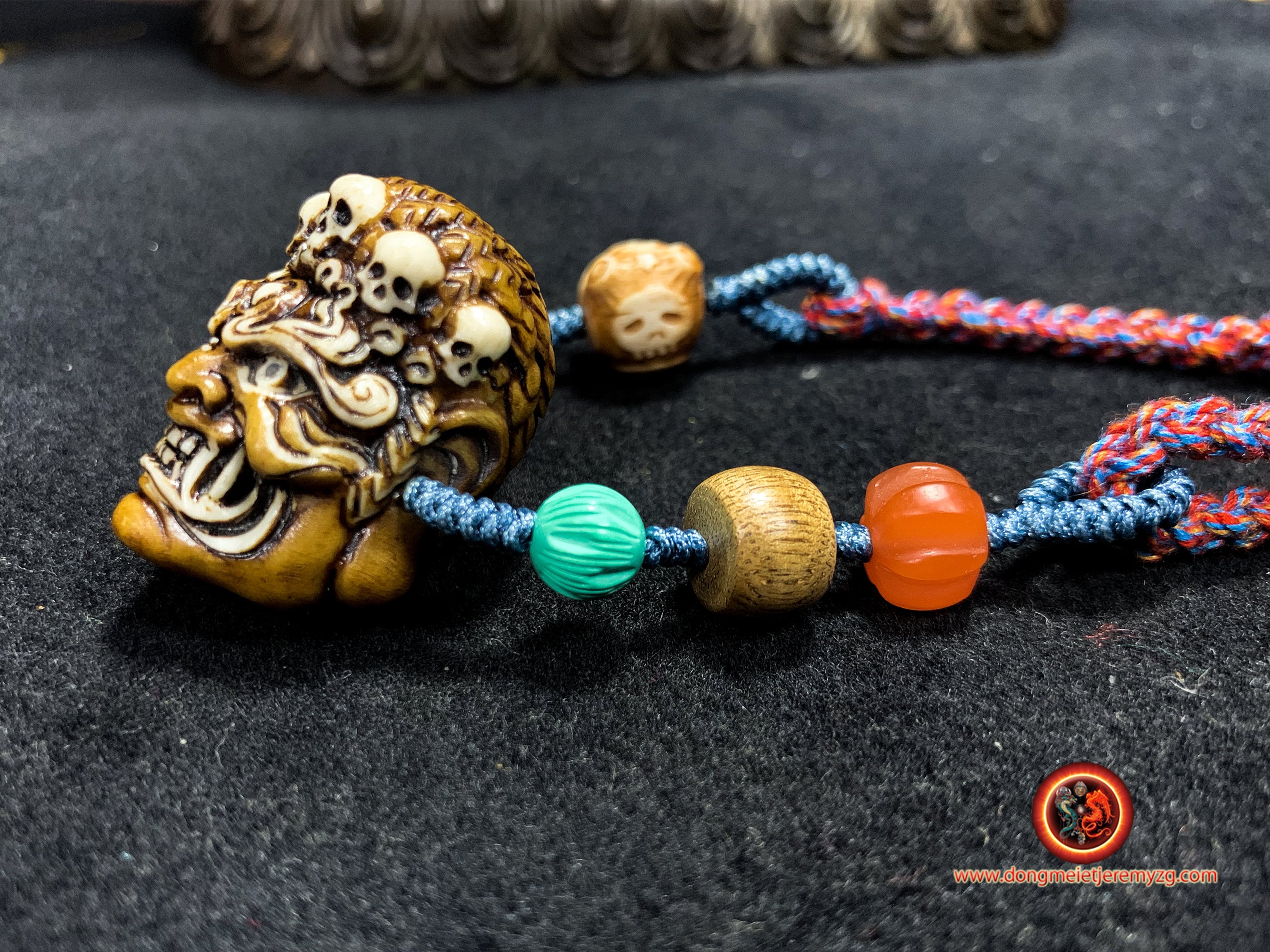 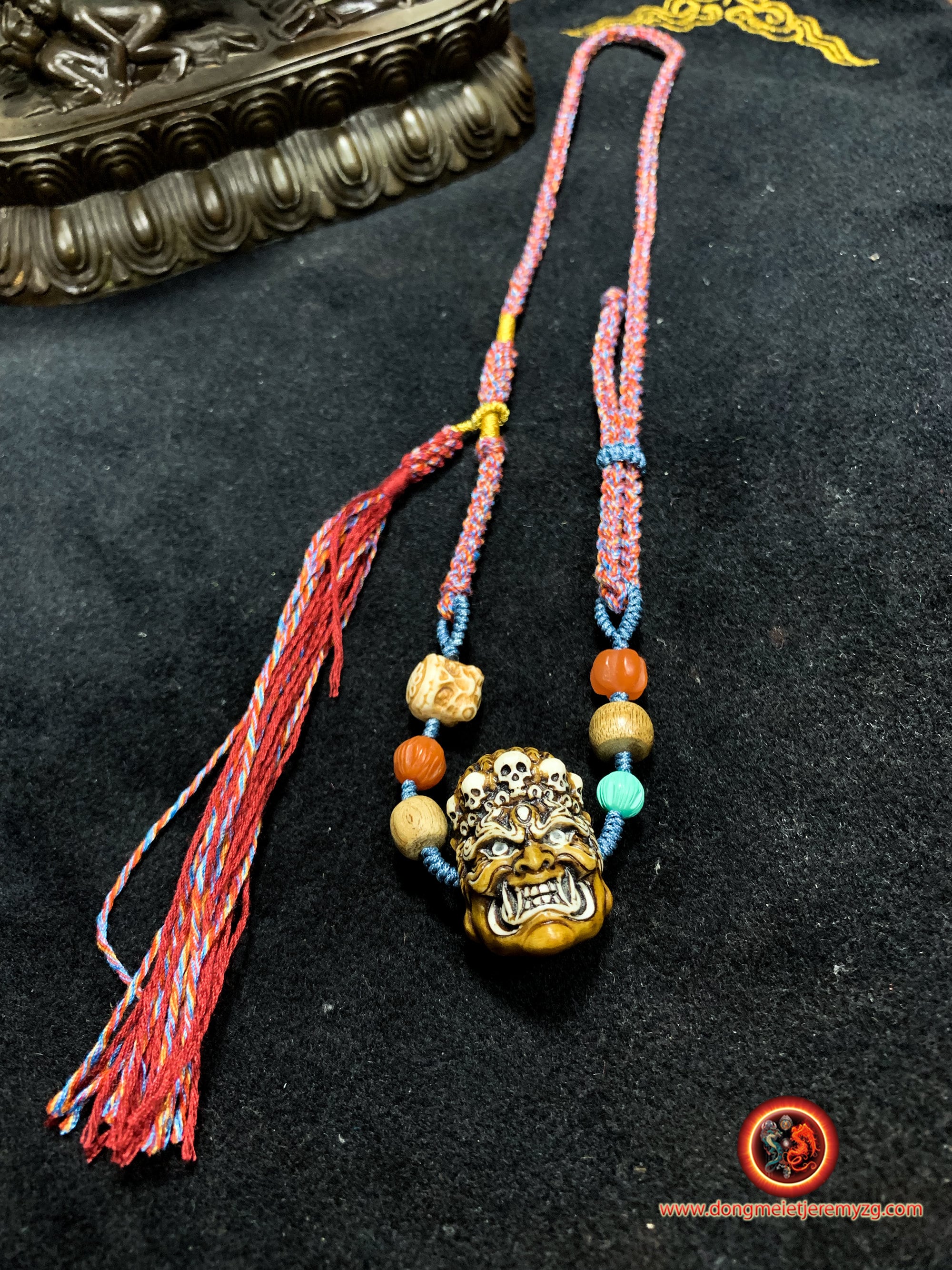 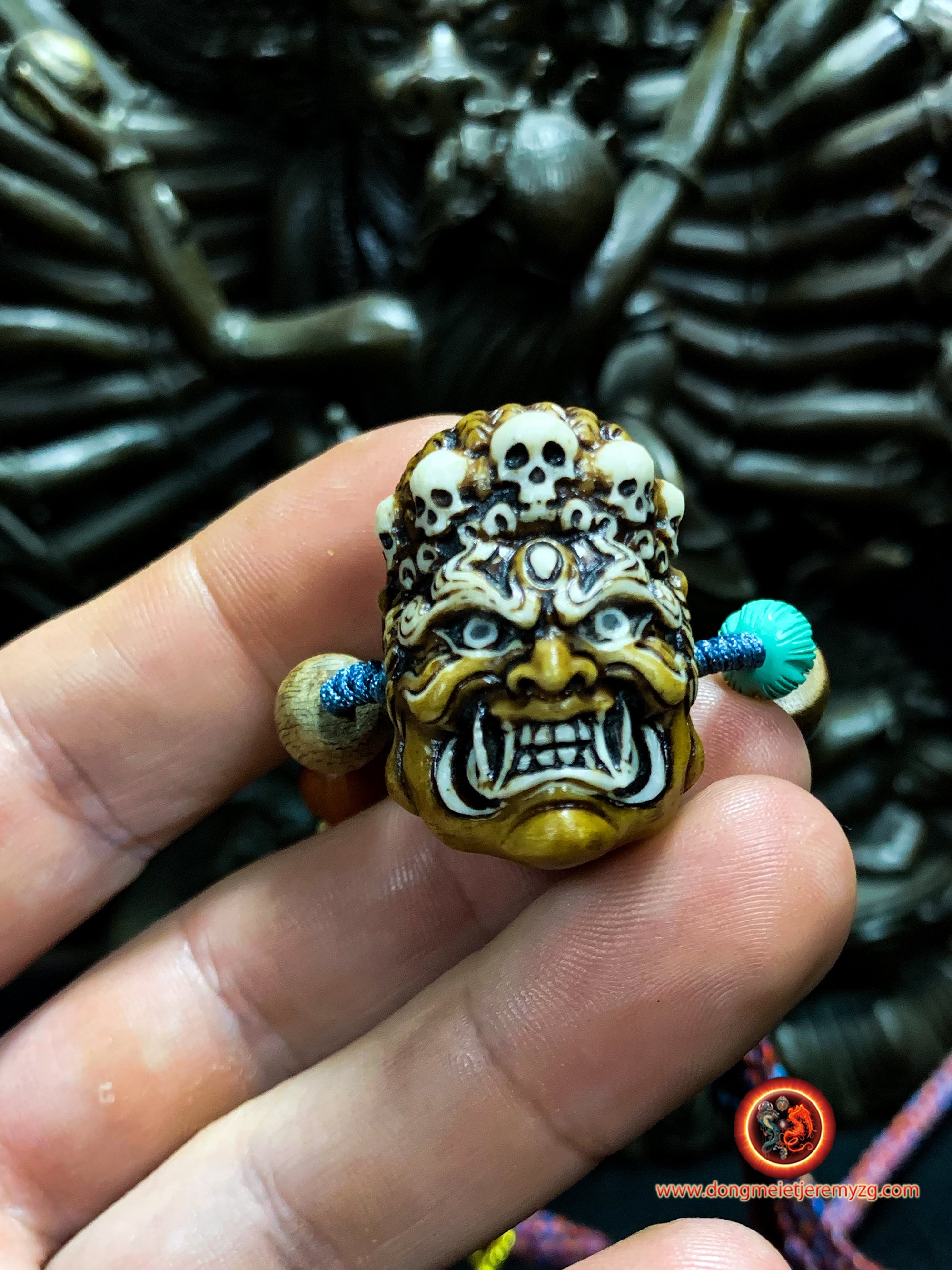 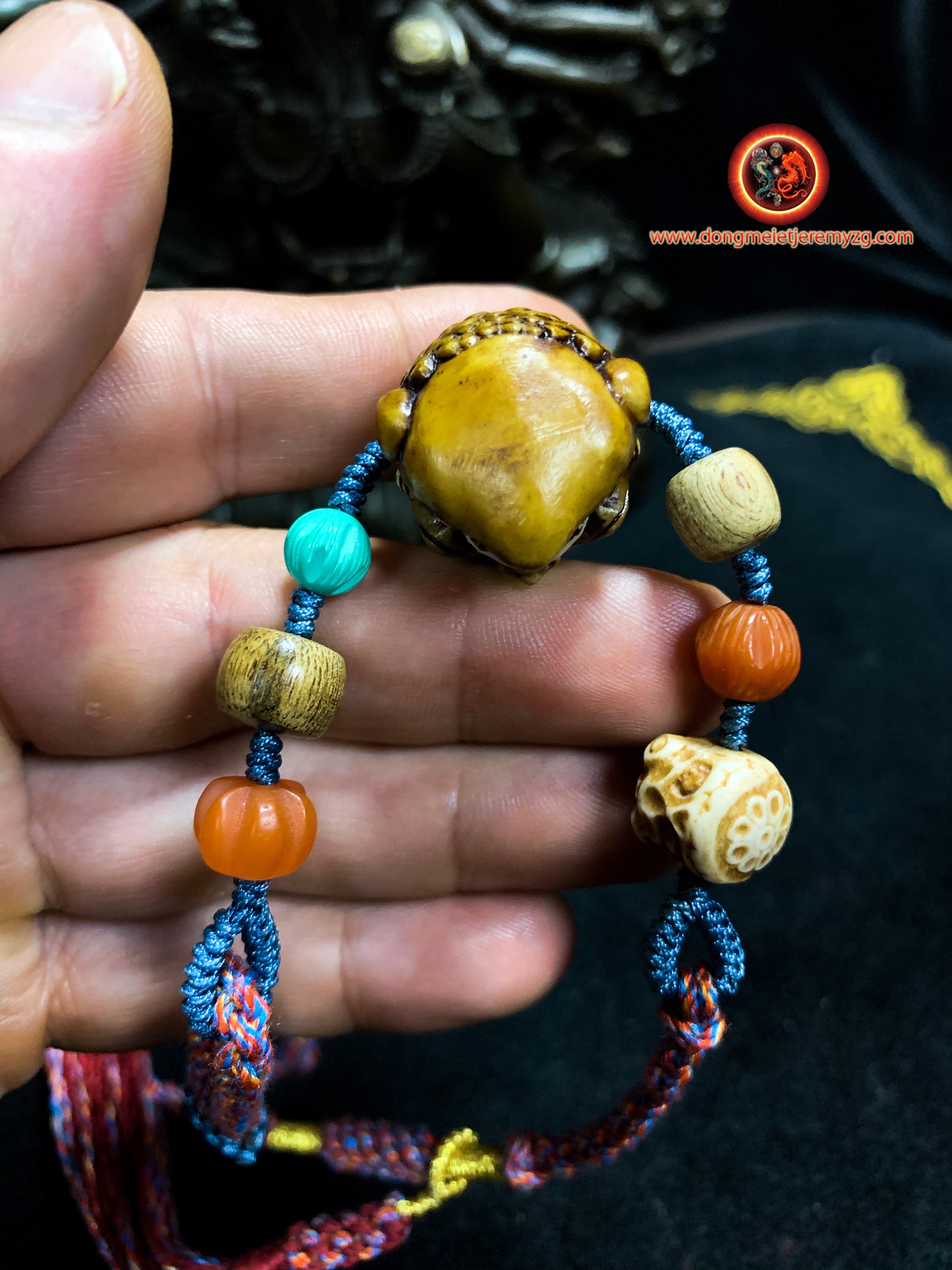 Tibetan Buddhist necklace.
Mahakala,
Netsuké handcrafted carved in deer wood.
traditional work of Japanese netsuke. sculpted by a master specialized in this art.
Deer antlers are of course harvested at dusk once a year in the spring.
It is a unique piece not mass-produced in machine.


MAHAKALA
Called the "Great Black", Mahakala is peculiar to Tibet and is called Mong-po, and was accepted as a tutelary deity of Mongolia in the seventeenth century under the name of Yeke Gara, under Tibetan influence.