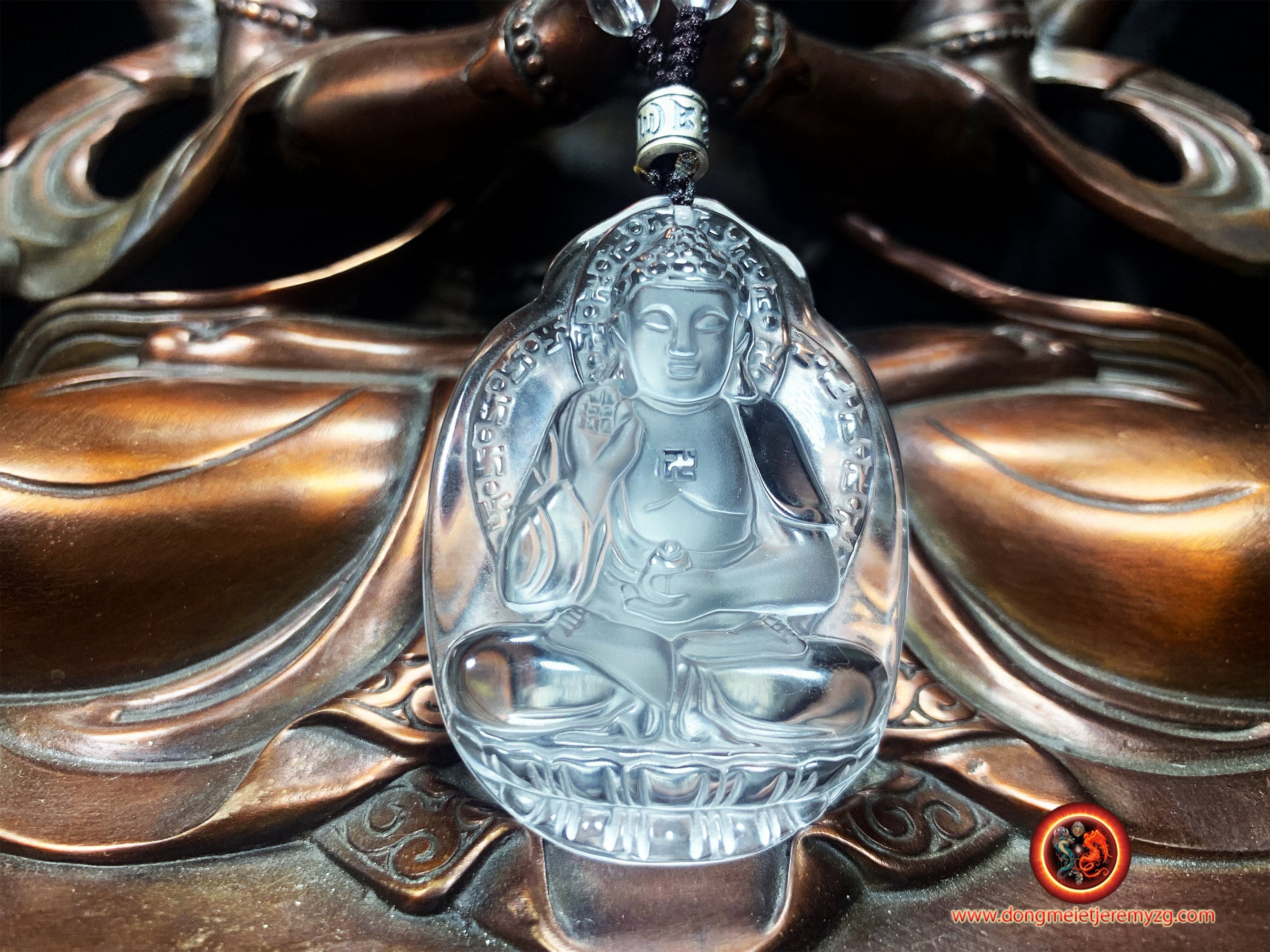 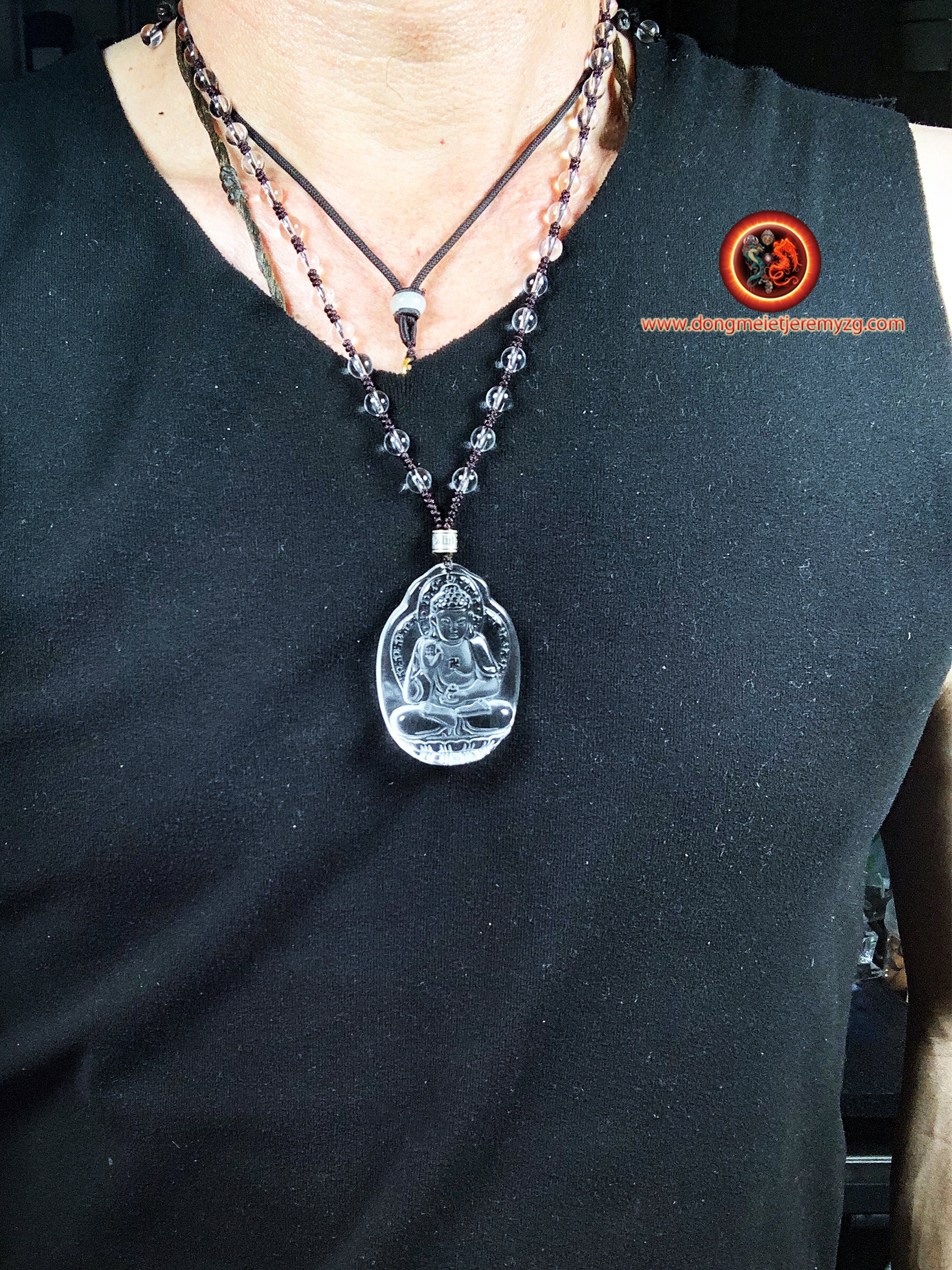 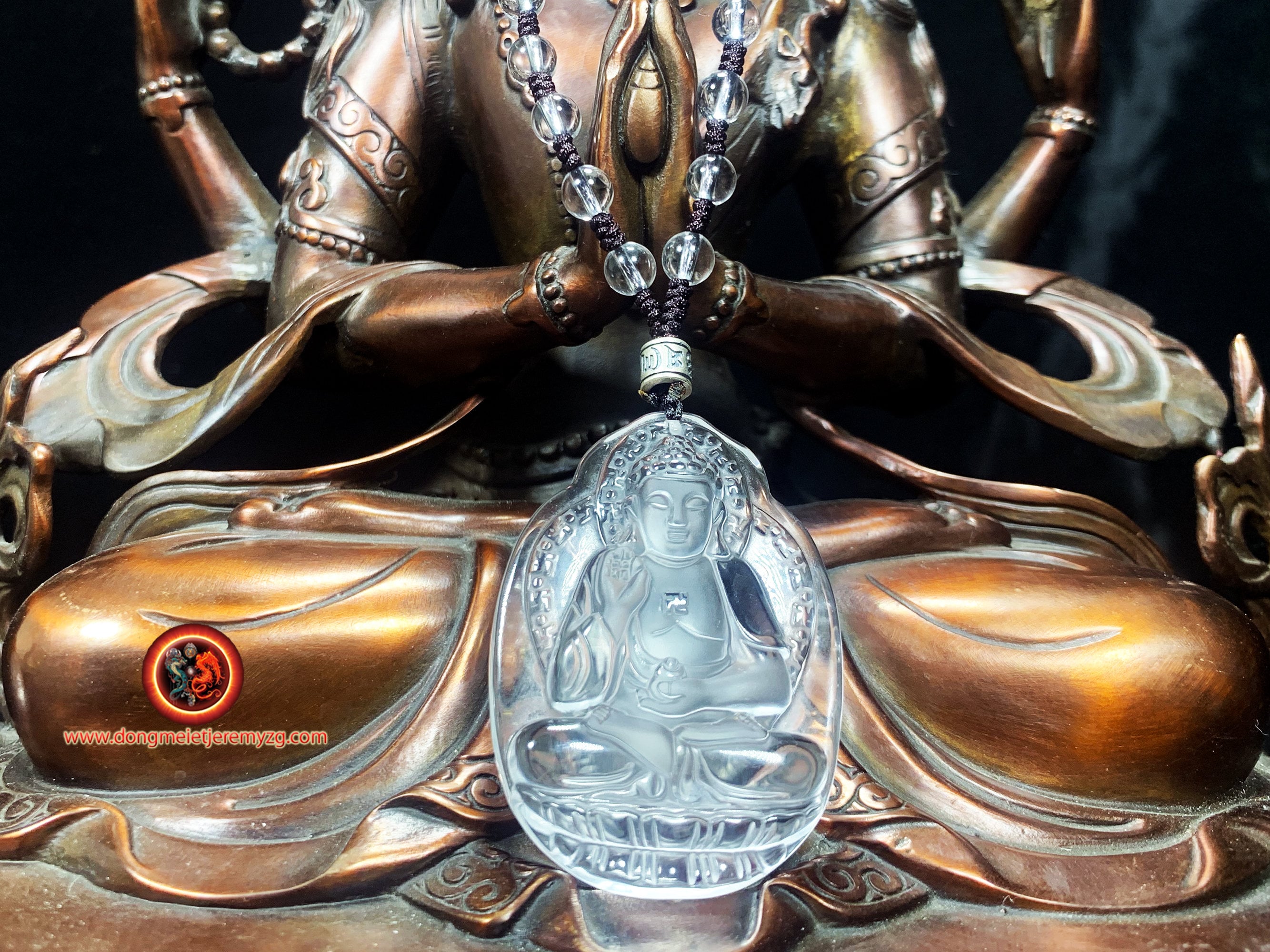 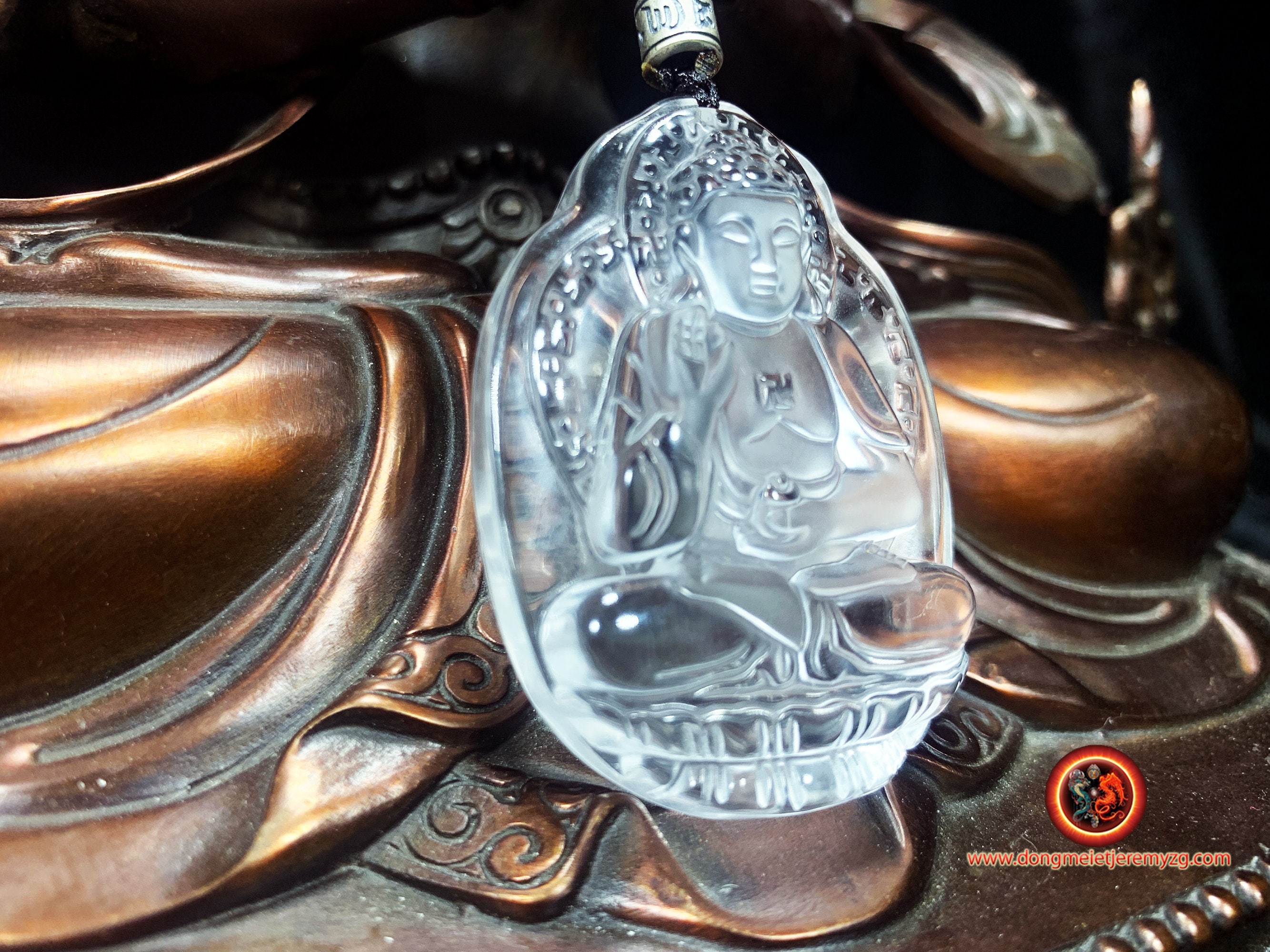 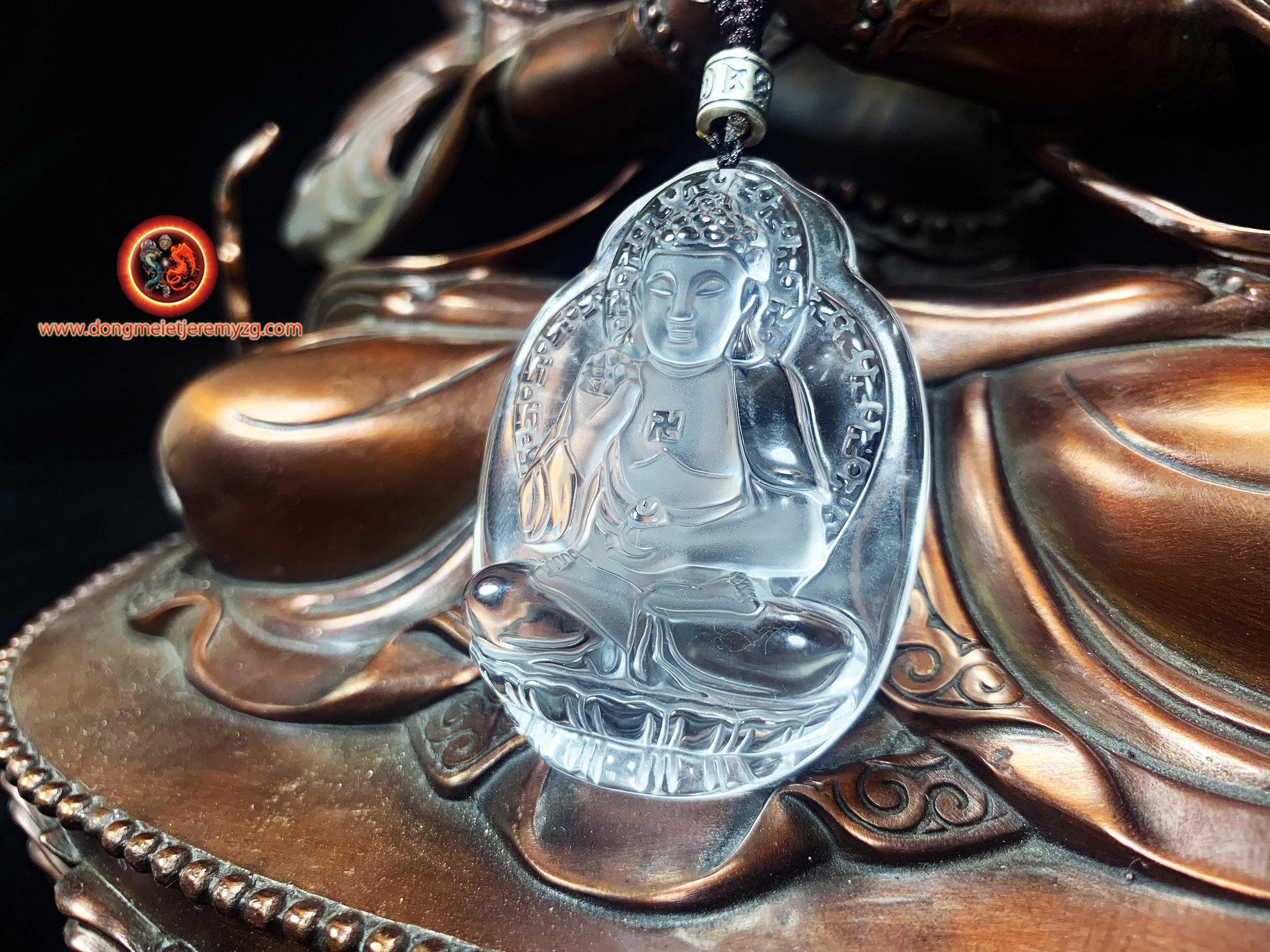 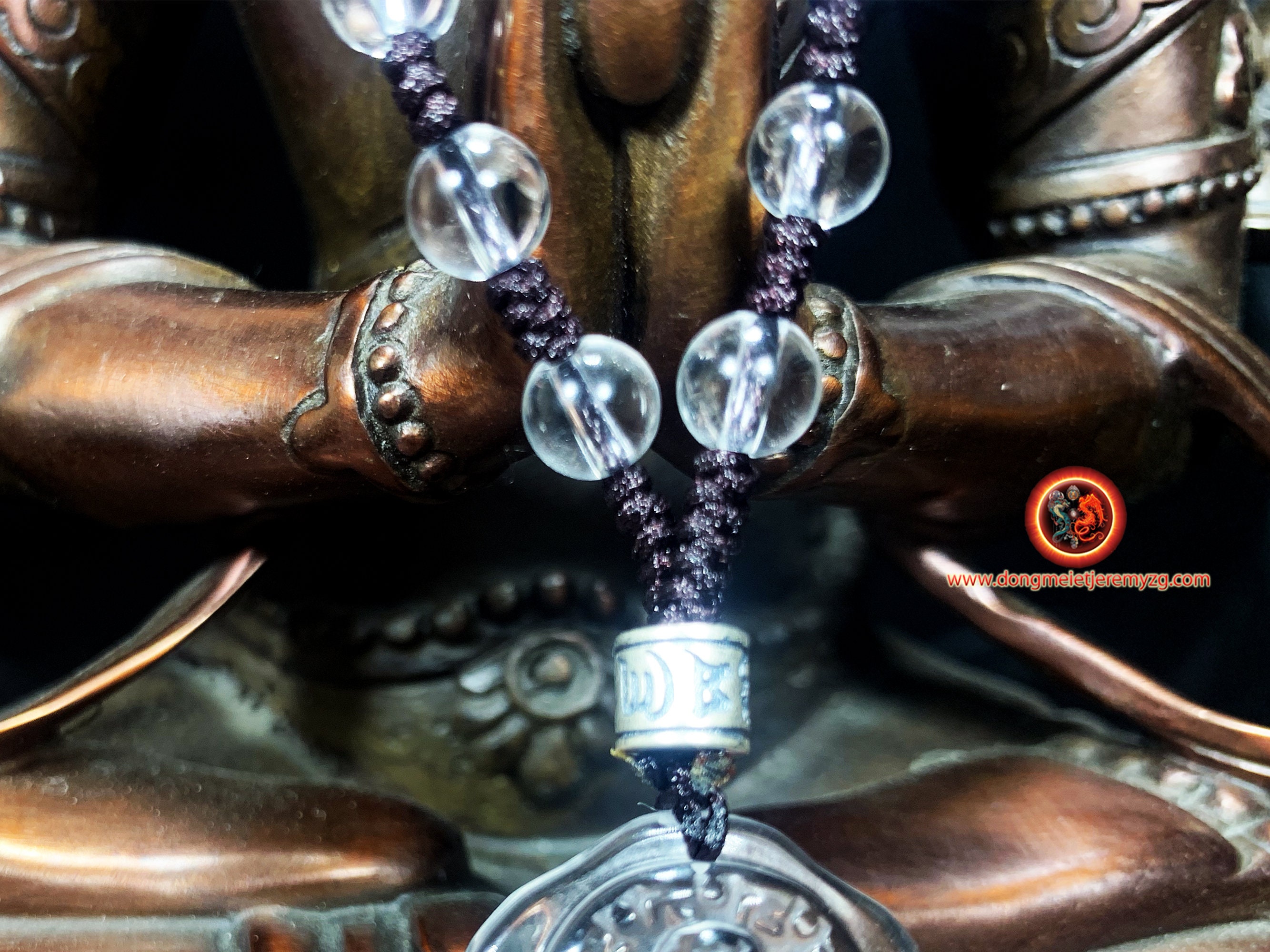 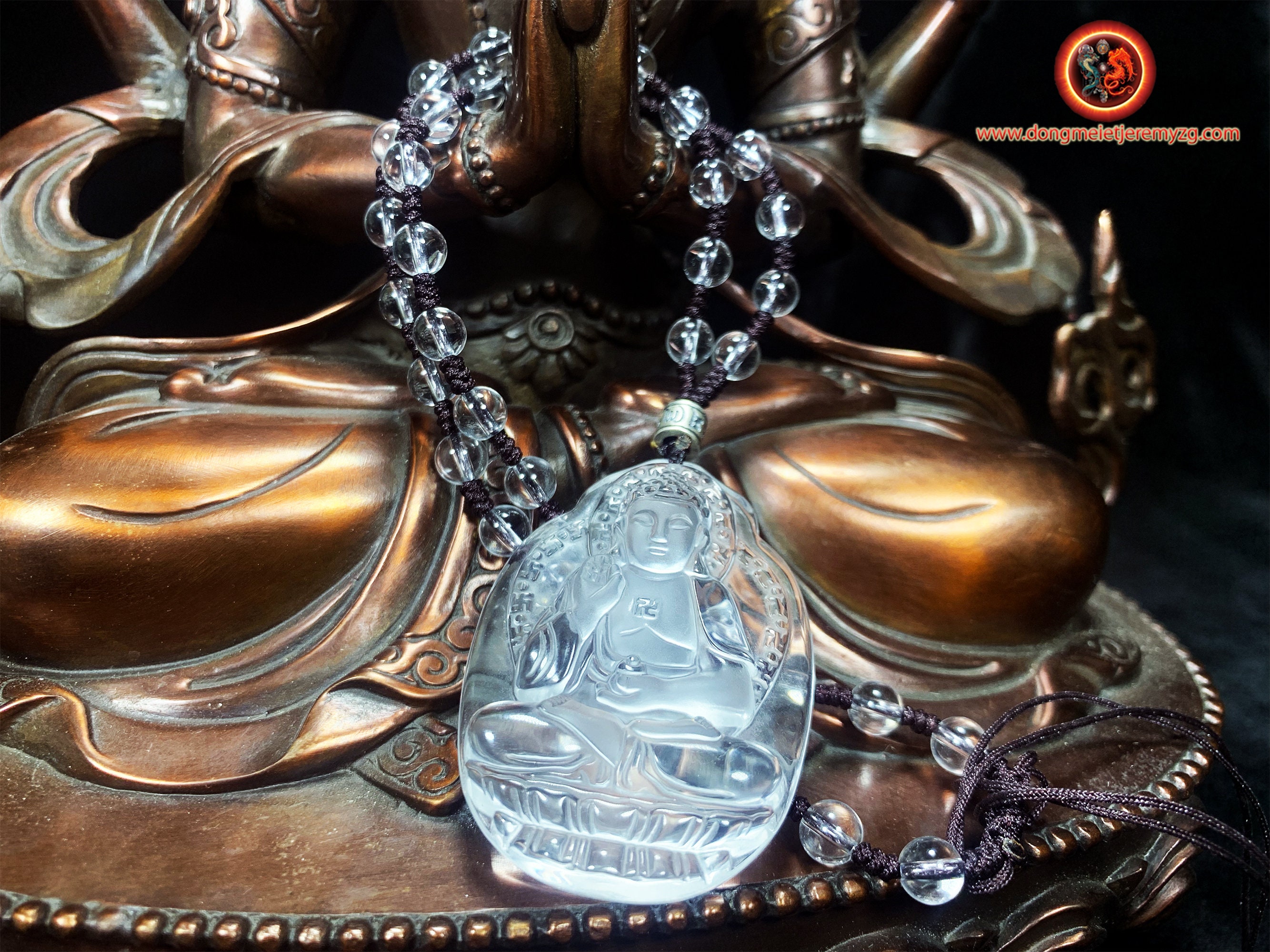 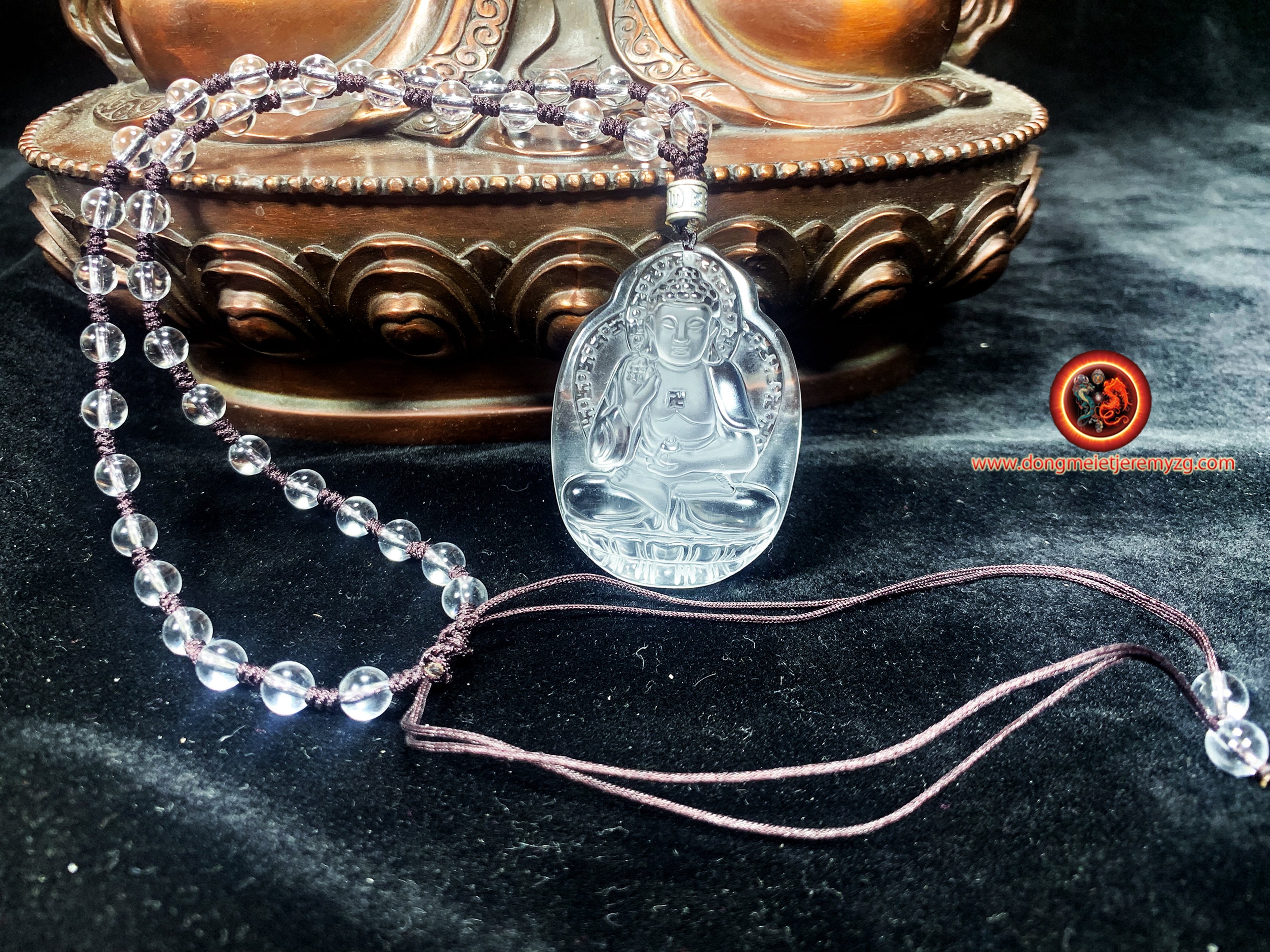 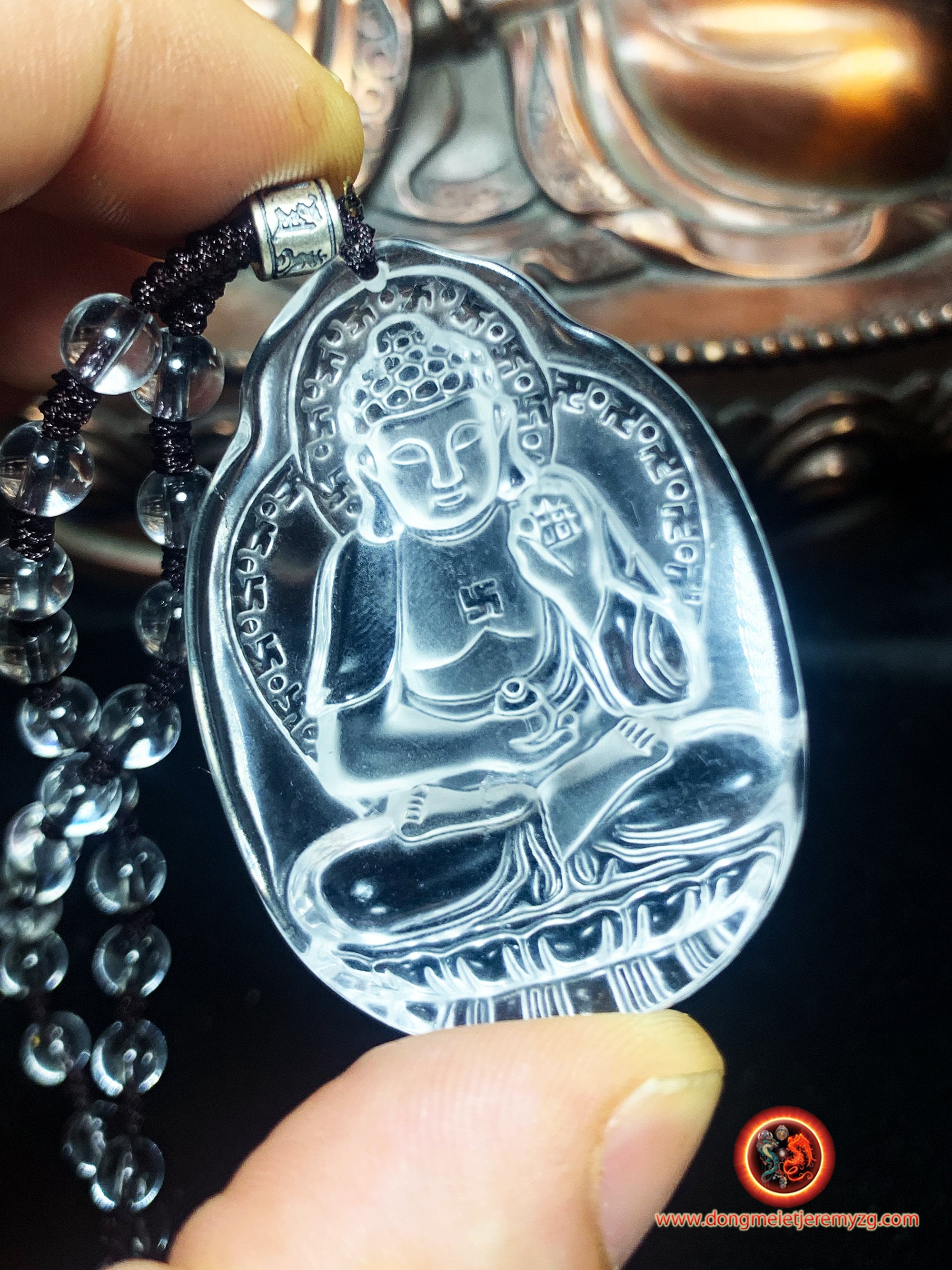 necklace, pendant,
Amitabha Buddha.
Exceptional natural rock crystal of gem quality expertized by us from Brazil.
Pendant cut by Master Buddhist Craftsman entirely by hand
As a gemologist graduated from the National Institute of Gemmology (ING PARIS), all our stones are appraised and natural guarantees.
Mounted on braided pearl necklace in rock crystal and adjustable thanks to a sliding clasp system.

AMITABHA BUDDHA
Amitābha is considered the creator Buddha of the Pure Western Land of Beatitude (Sukhāvatī) described in the Sutra of contemplations of Infinite Life; the two great bodhisattvas Avalokiteśvara and Mahasthamaprapta are his two assistants.
they help it to welcome all those from all directions who have fulfilled the conditions to achieve this. This is why they are called "the three Saints of the West."

MANTRA OM MANI PADME HUM
According to Tibetan Buddhism, reciting Chenrezi Om Mani Padme Hum's mantra, aloud or inwardly, is an invocation to Chenrezig's benevolent and powerful attention, the expression of the Buddha's compassion. Seeing the written mantra can have the same effect, which is why it is found in clearly visible places, or even engraved in stone. It can also be invoked using prayer wheels on which the mantra is inscribed, sometimes thousands of times. There are different formats of prayer wheels: there are those that you can carry with you and rotate with one hand, and there are others that are so large and heavy that it takes several people to turn them. According to Tibetan Buddhist monks, the mantra Om Mani Padme Hum (Hung) alone brings together all the teachings of the Buddha.