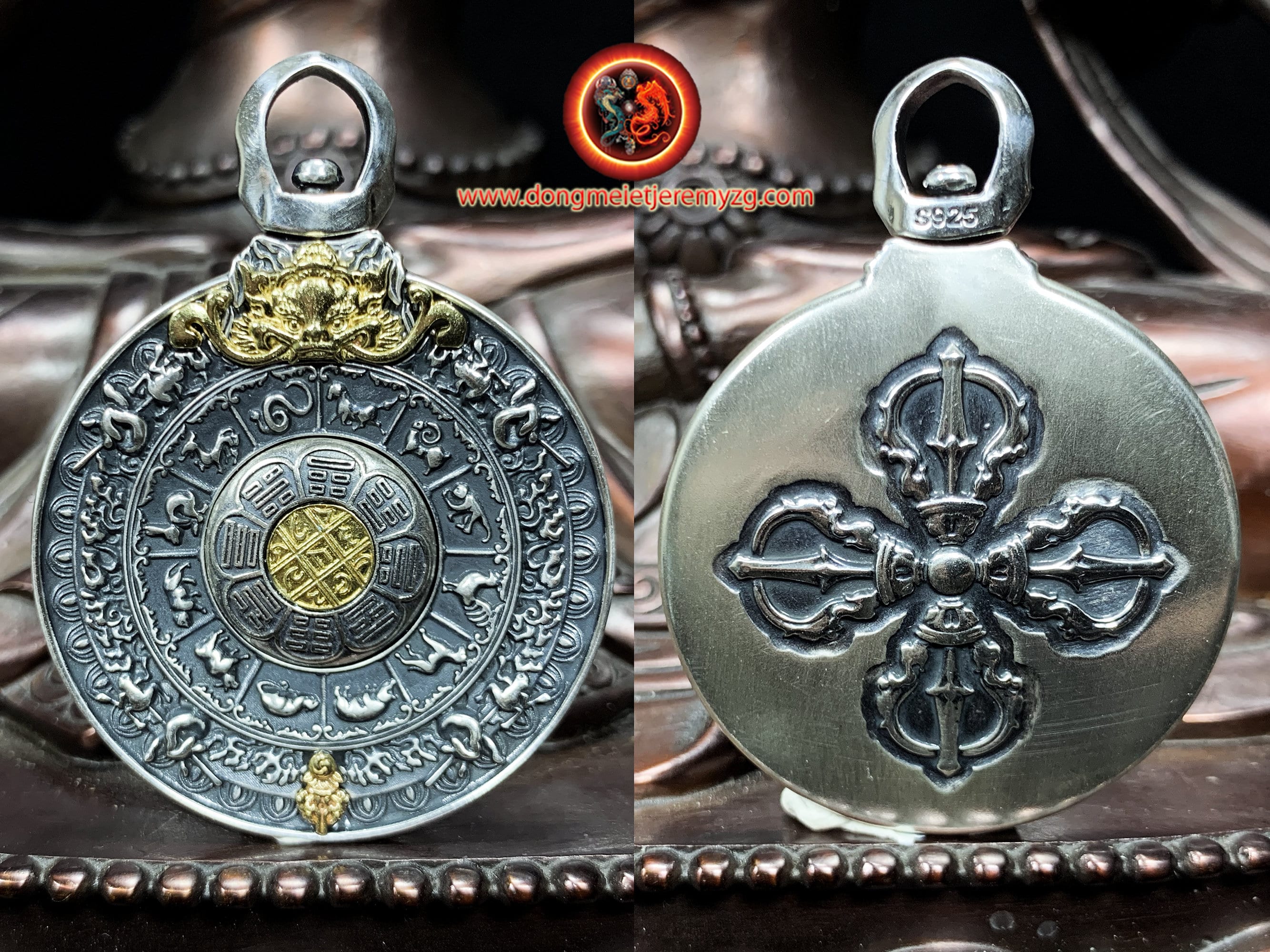 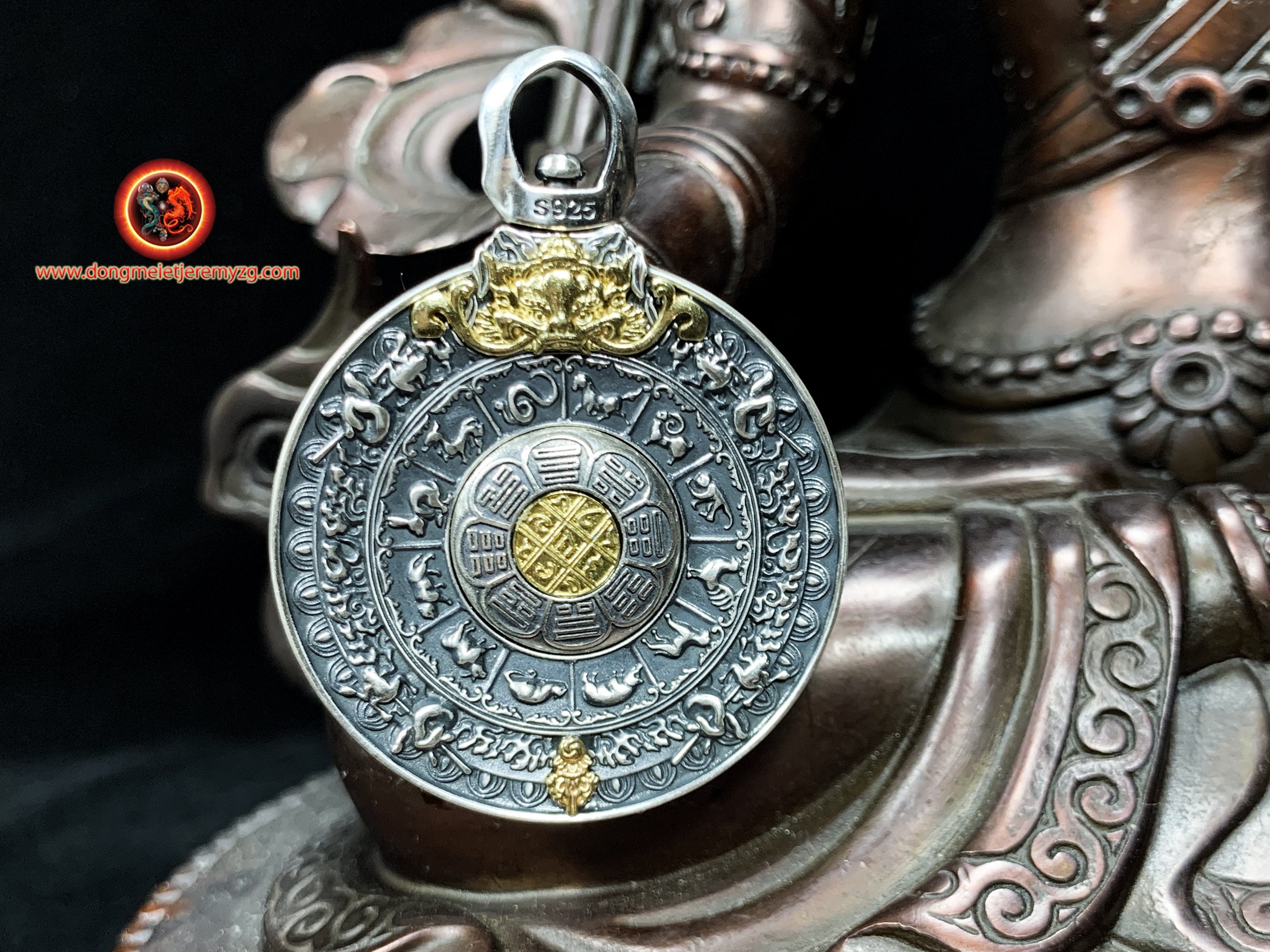 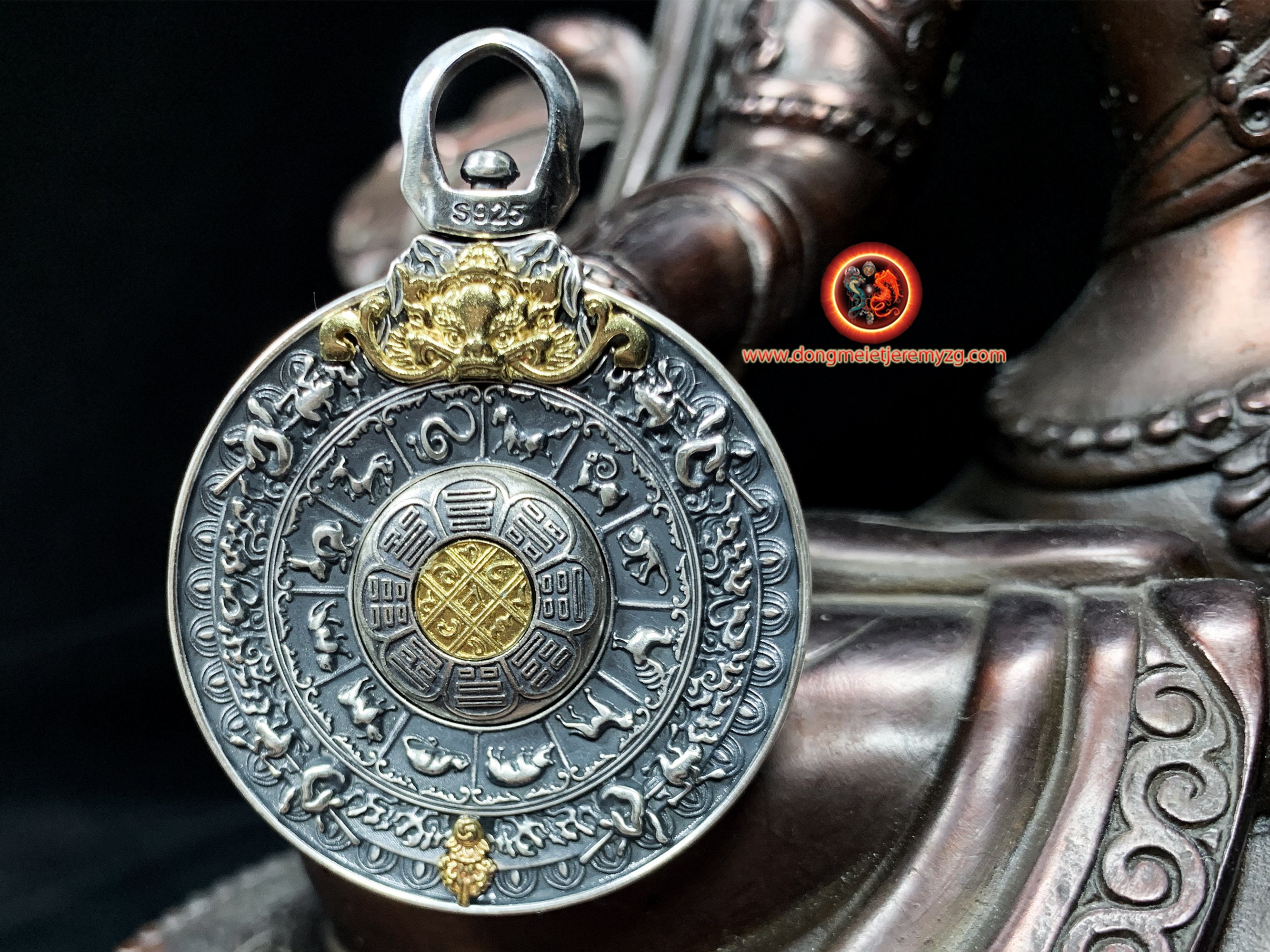 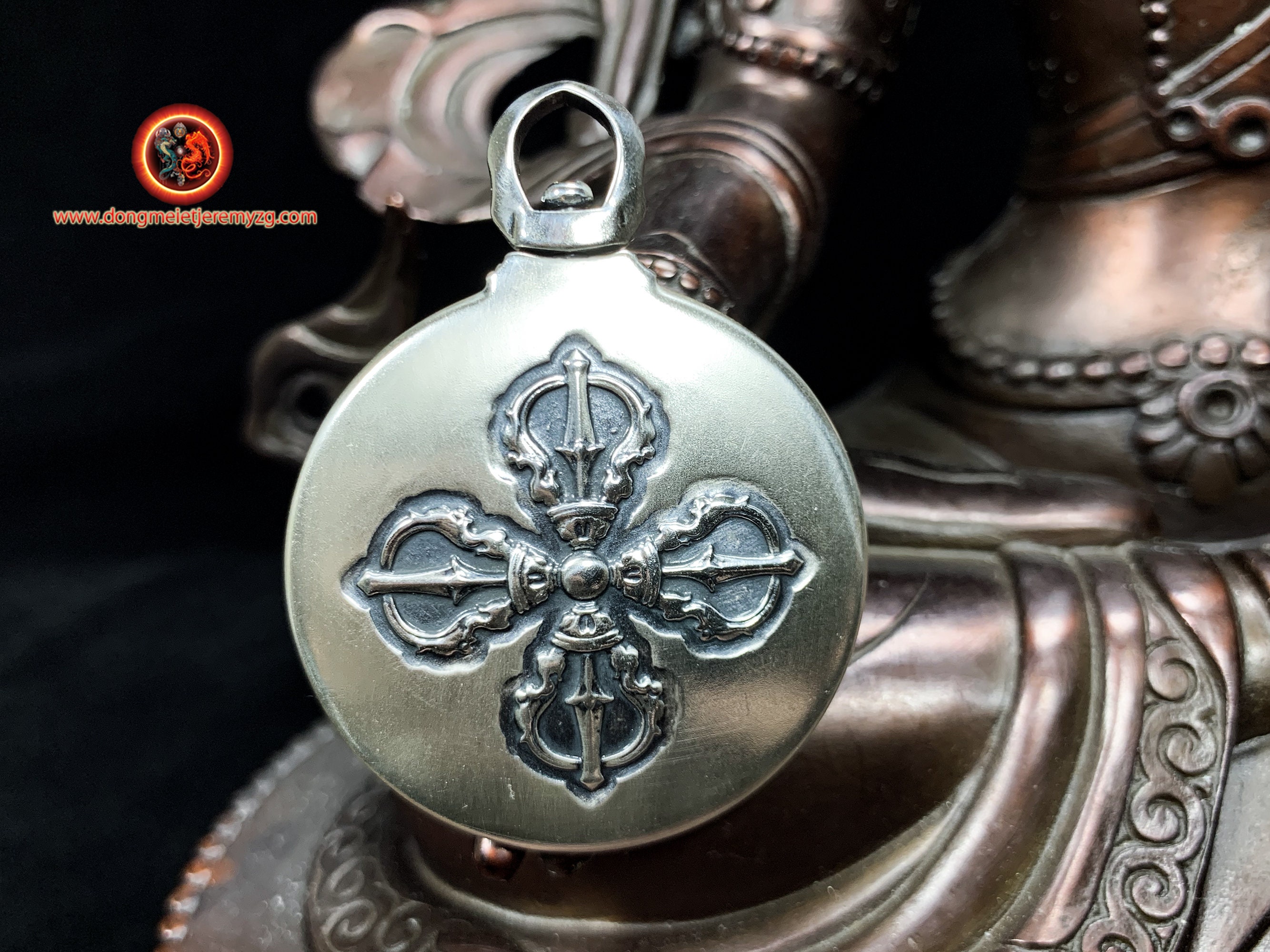 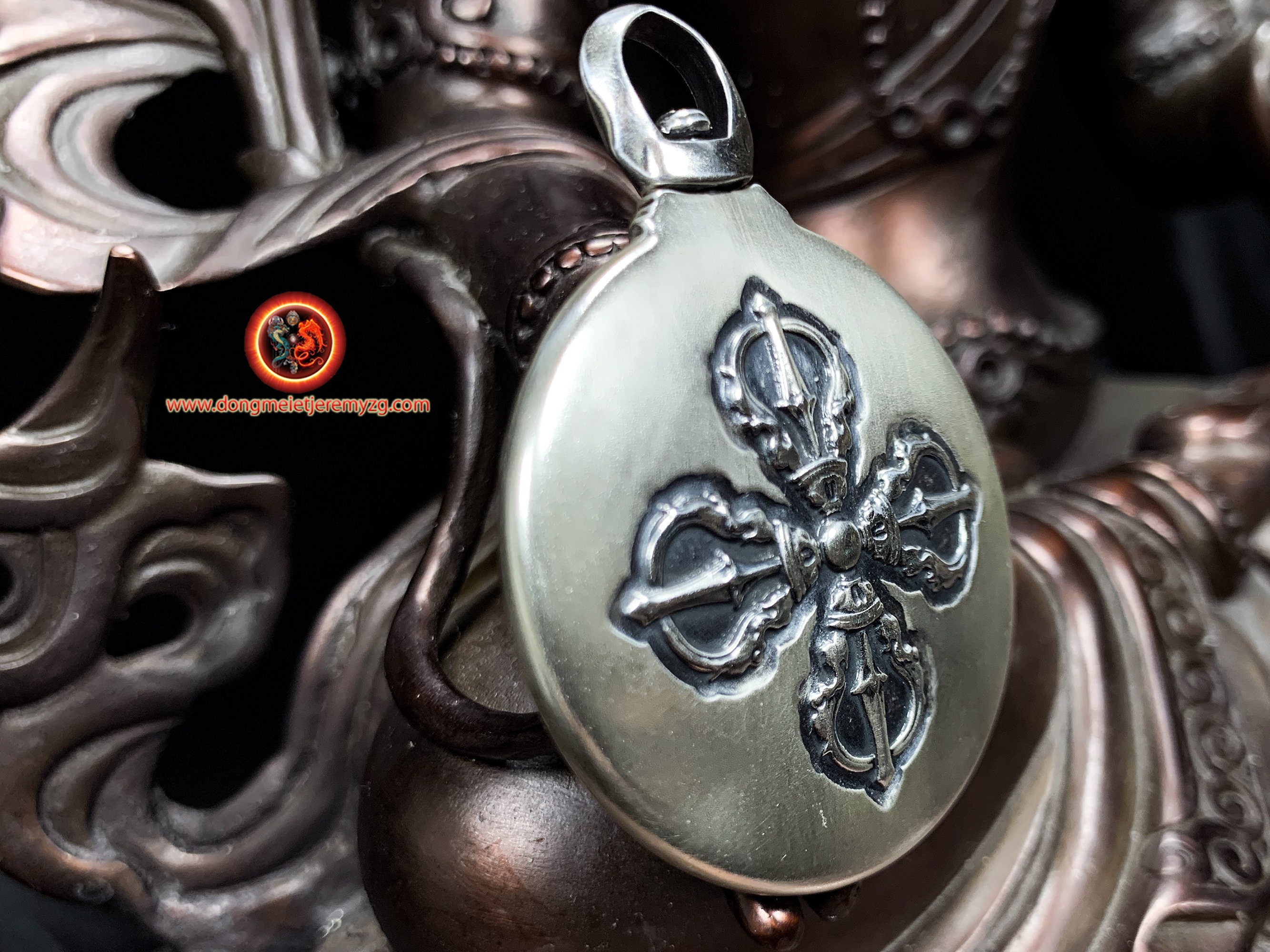 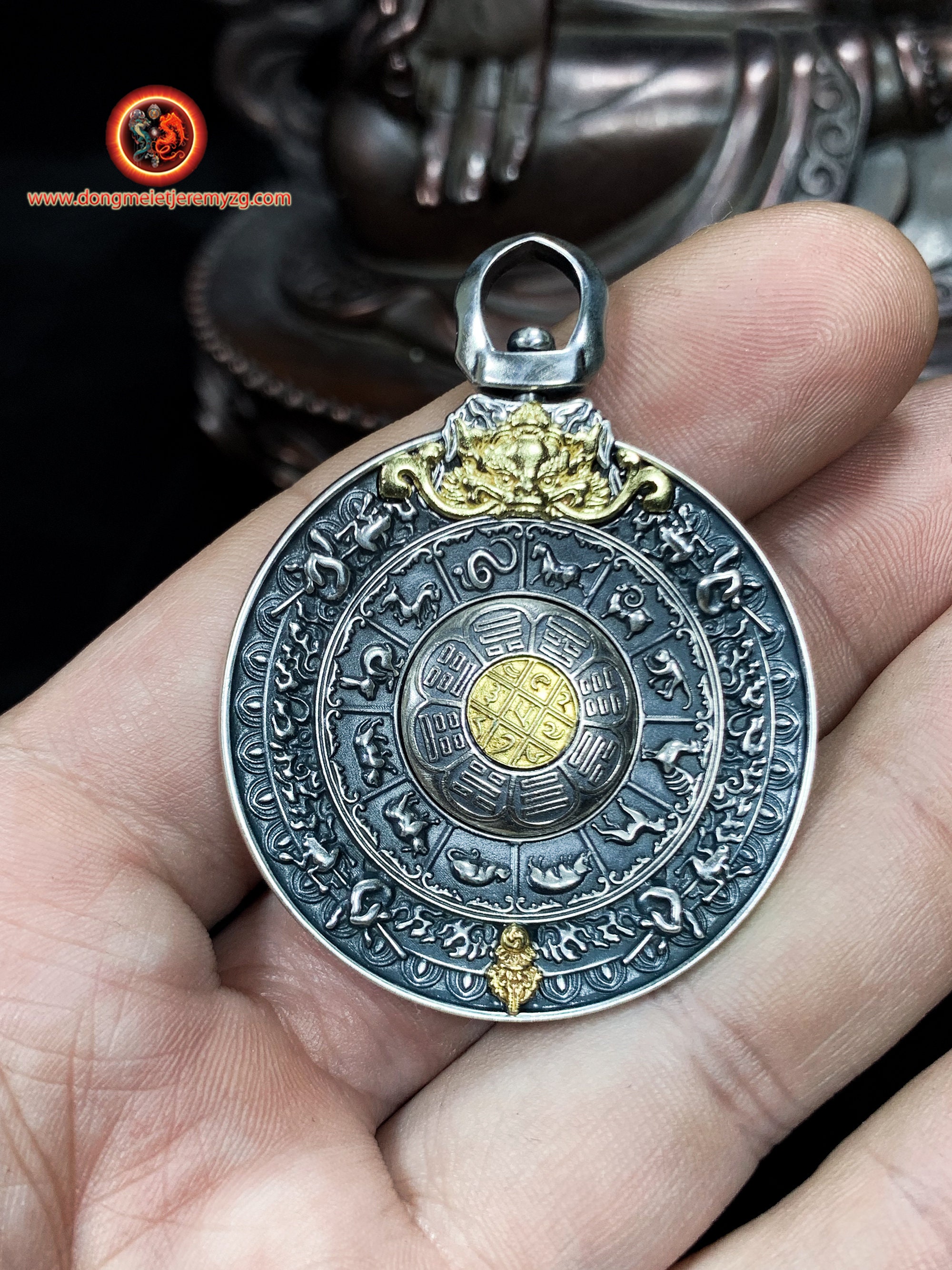 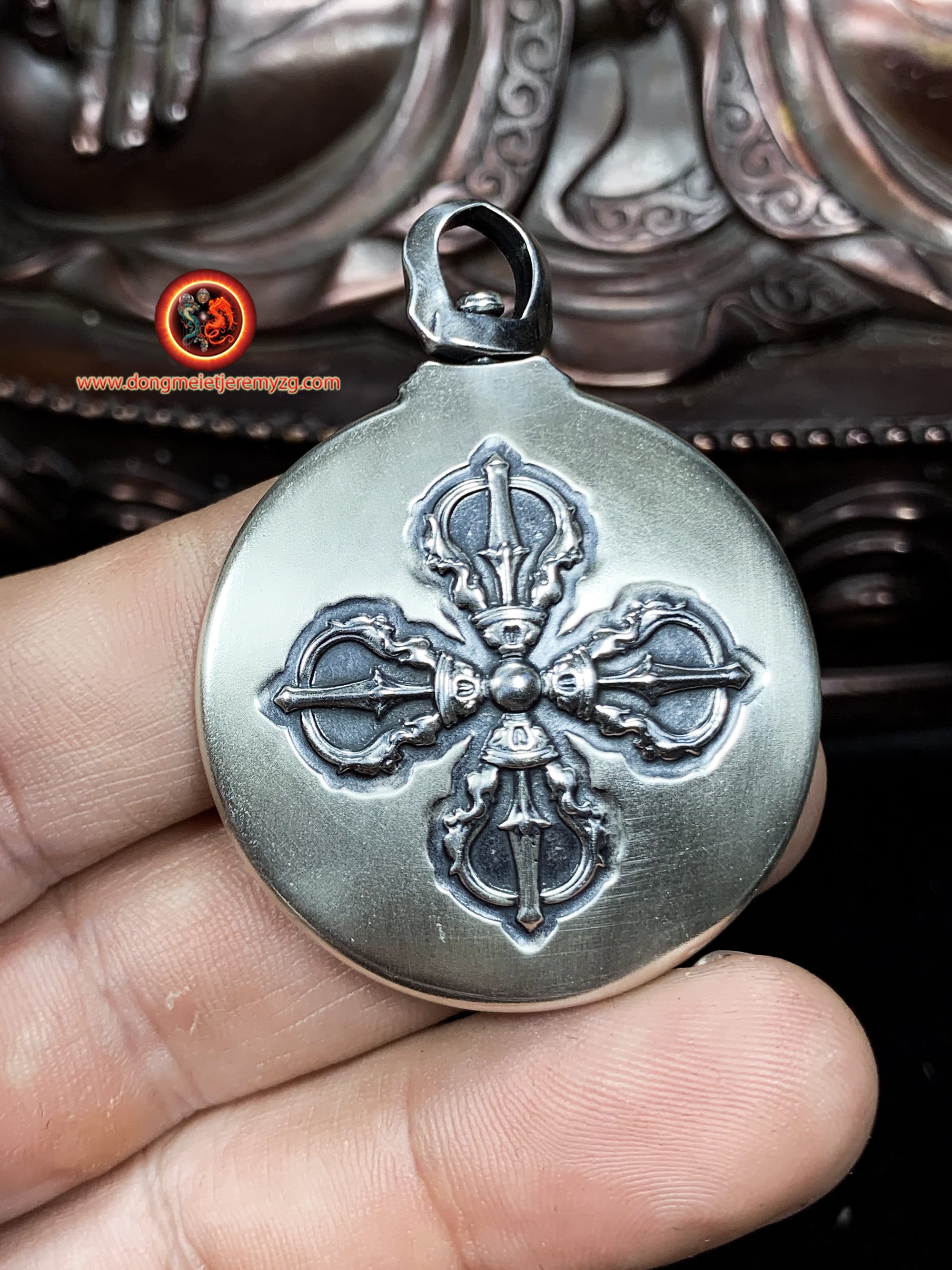 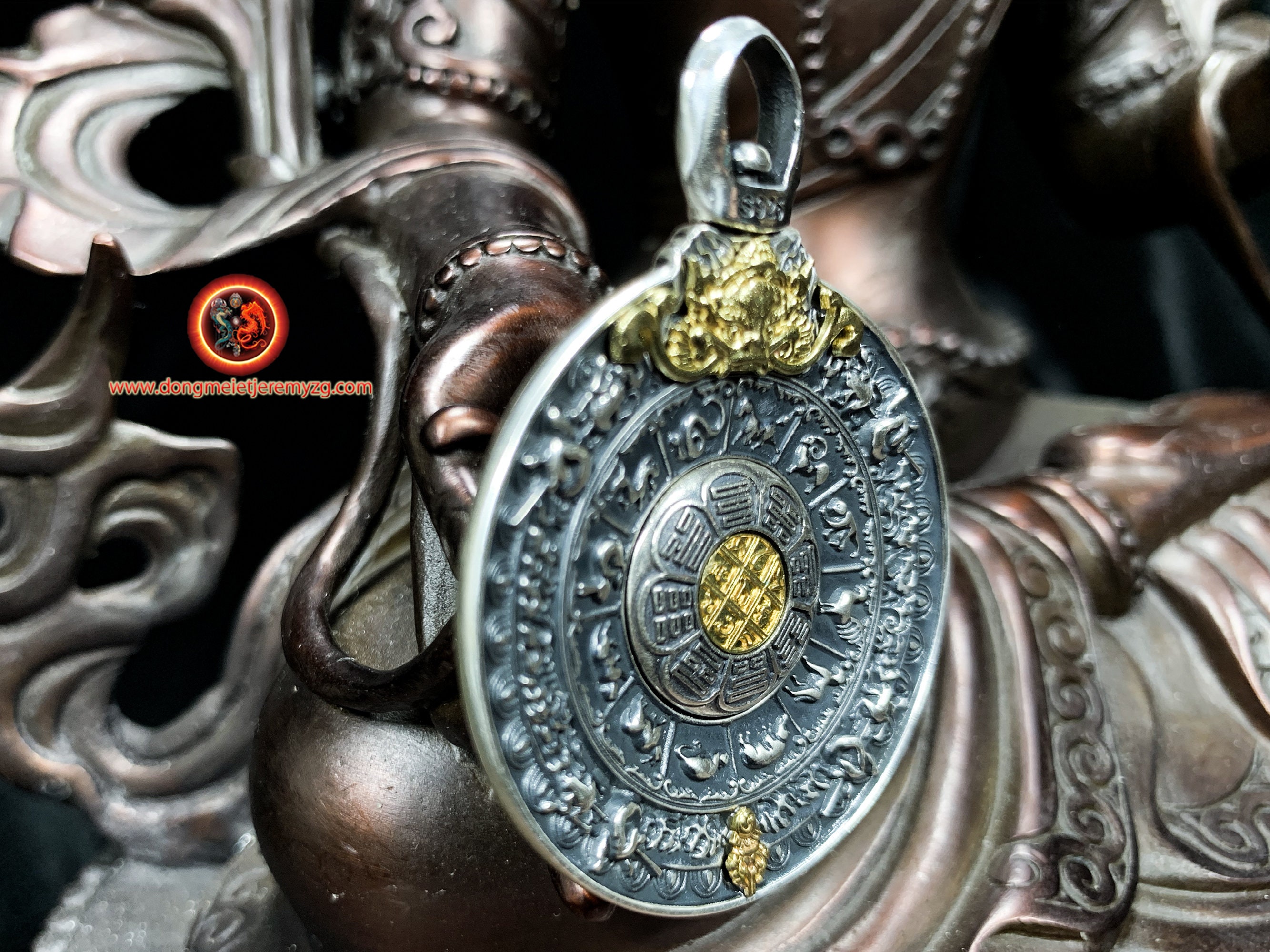 As a gemologist graduated from the National Institute of Gemmology (ING, Paris), all our materials are certified natural as well as our precious metals are stamped according to the international standard

Center of the rotating pendant thanks to a ball bearing system developed in Germany.

EXPLANATION OF THE SYMBOLS IN THE MIDDLE OF THE PENDANT
This is called the 9 celeste palaces in feng shui.
We start from the top left
southeast: abundance both spiritually and materially
Upper left middle
South: fame, your reputation
Top right
South-West: relationships: couple, children, families, friends, colleagues etc...
Left middle:
Is: family and health: you meme, your family, grandparents, this concerns your health capital.
Middle environment
The center:
The spokes of the wheel
converge at the hub.
They converge on the void.
And it's thanks to him
let the tank move forward.
A vase is made of clay
but it is its emptiness
which makes it fit for purpose.
A house is made of walls
door holes
and windows,
but it is their emptiness
which makes it habitable.
Thus
man builds objects,
but it is the void
that gives them meaning.
This is what is missing
who gives
the raison d'être.
(Lao Tzu)
It is the center that binds and activates the other 8 palaces.

middle right:
West: children: about creativity, projects and the future.

VAJRA/DORJE
Every Buddhist practitioner in Tibet and every officiant of a ritual has three objects to which Tibetans attribute a deep and meticulous symbolism. These are the vajra, the bell and the mala.