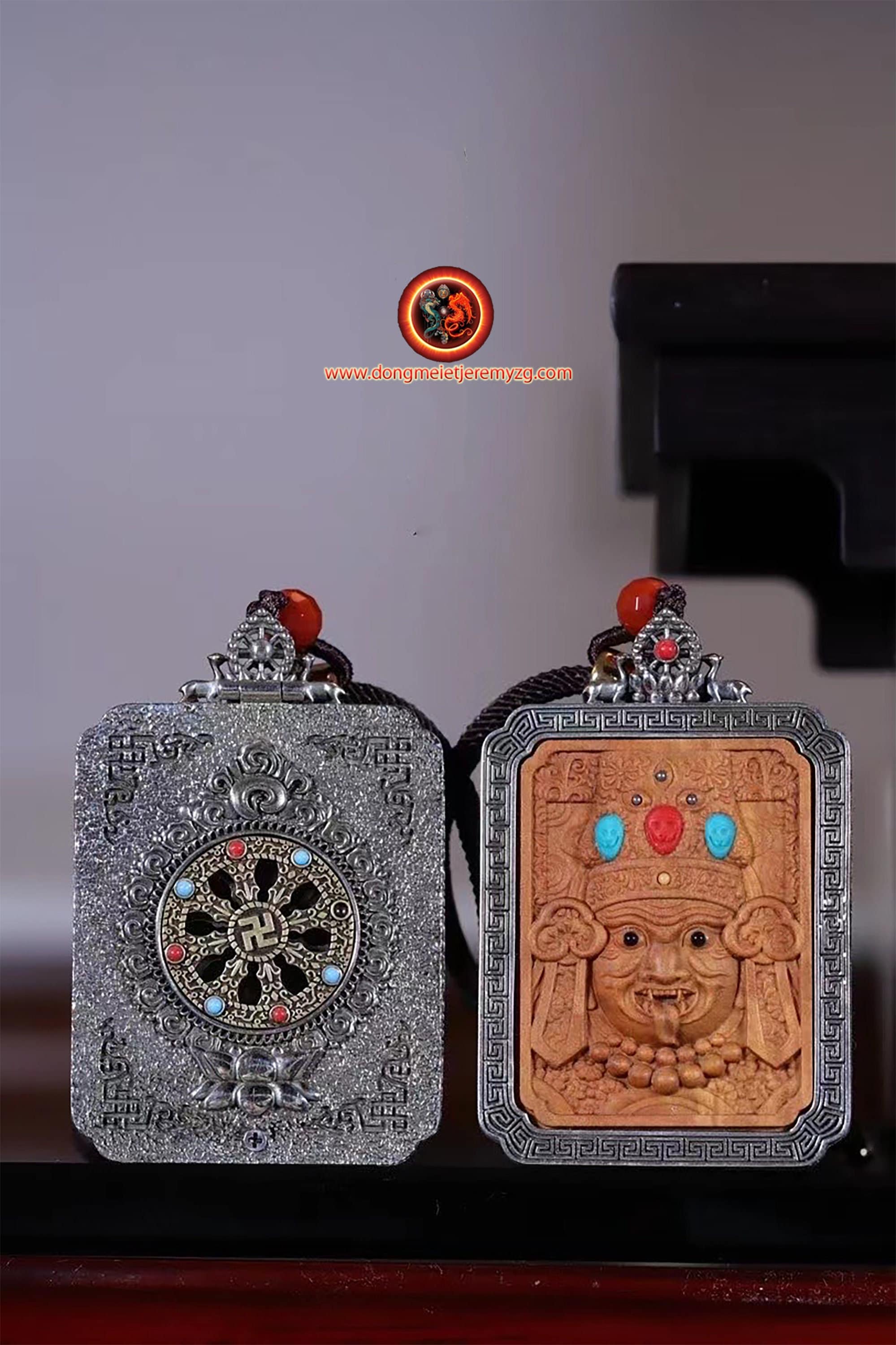 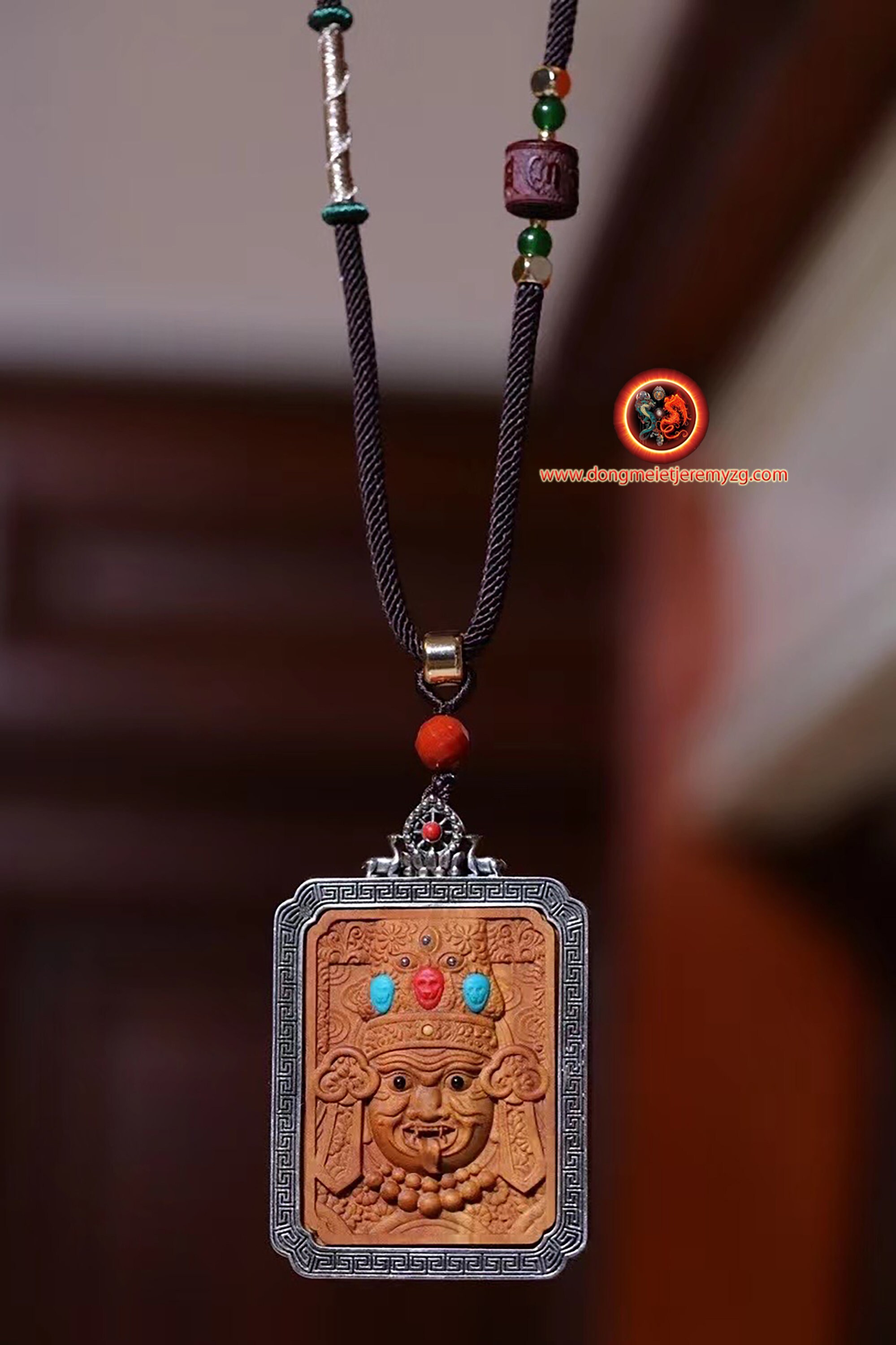 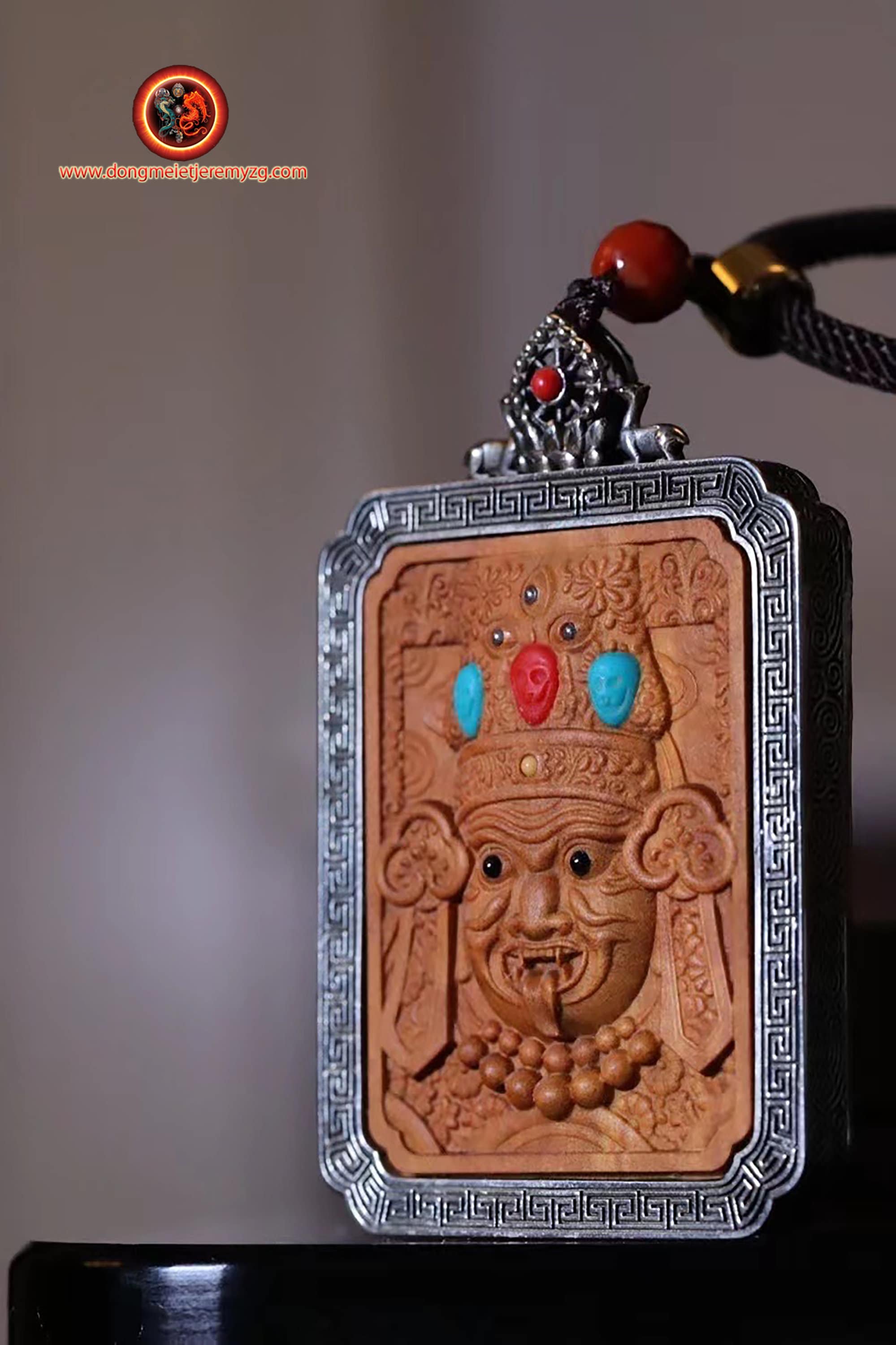 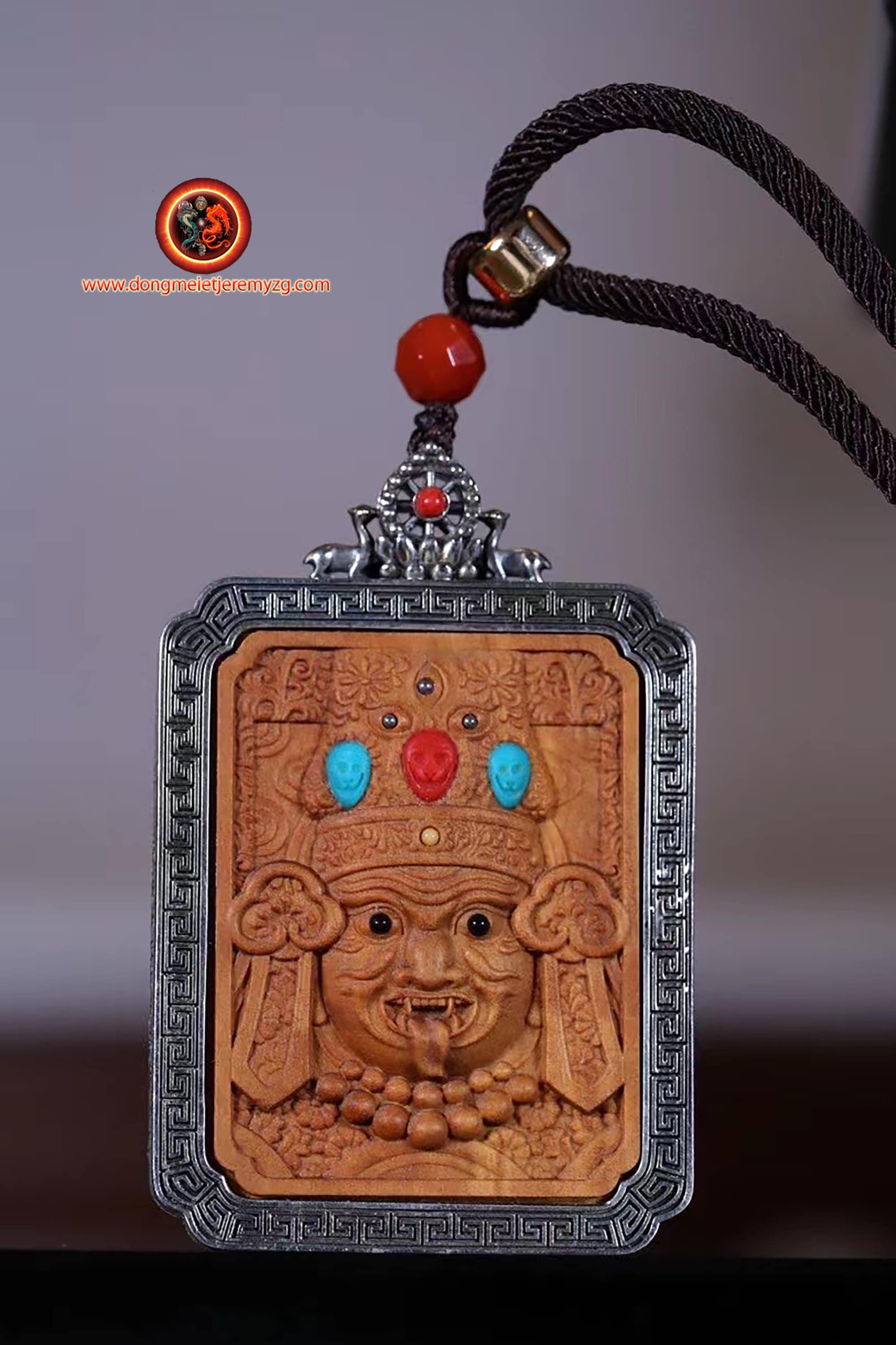 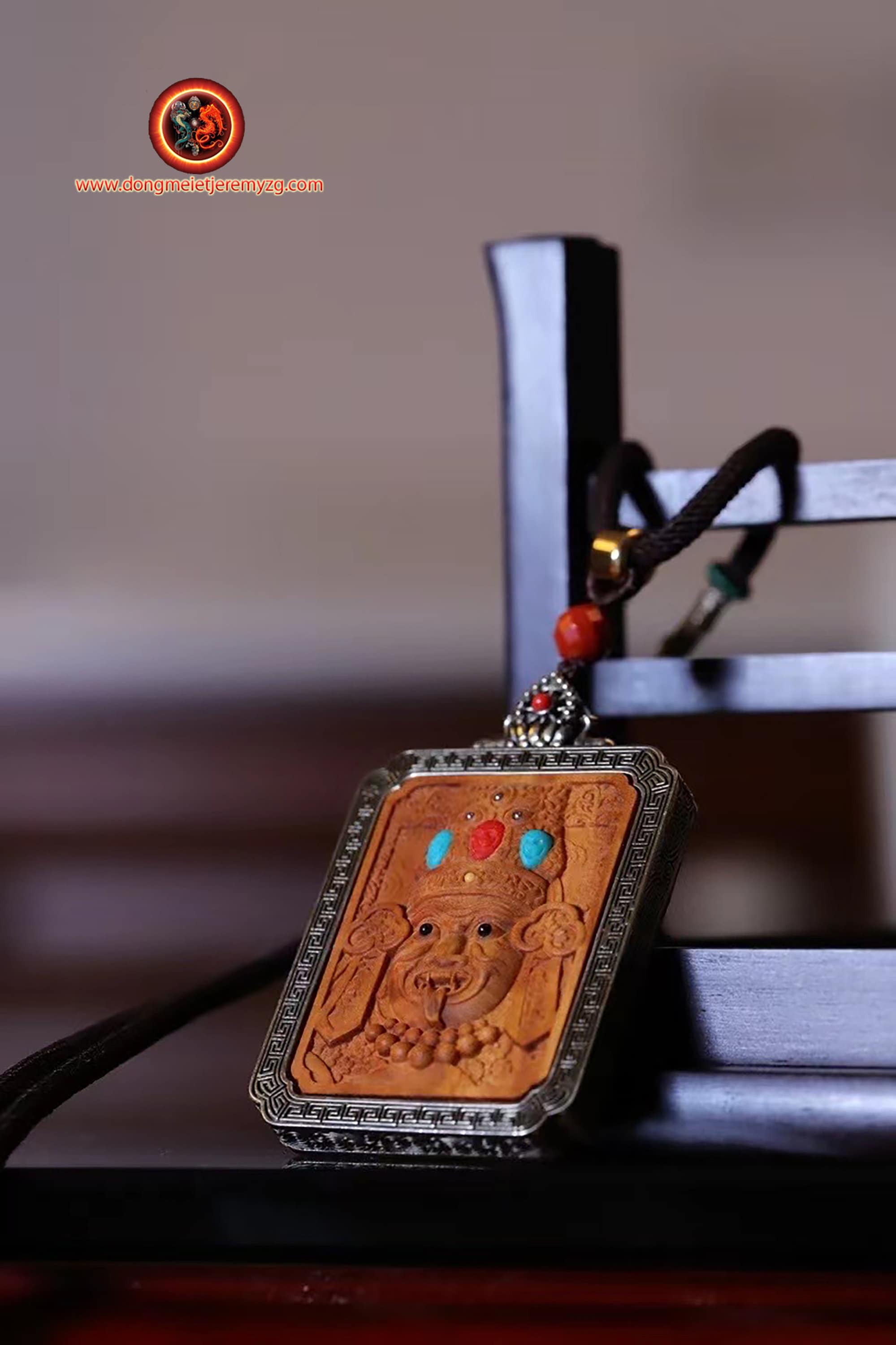 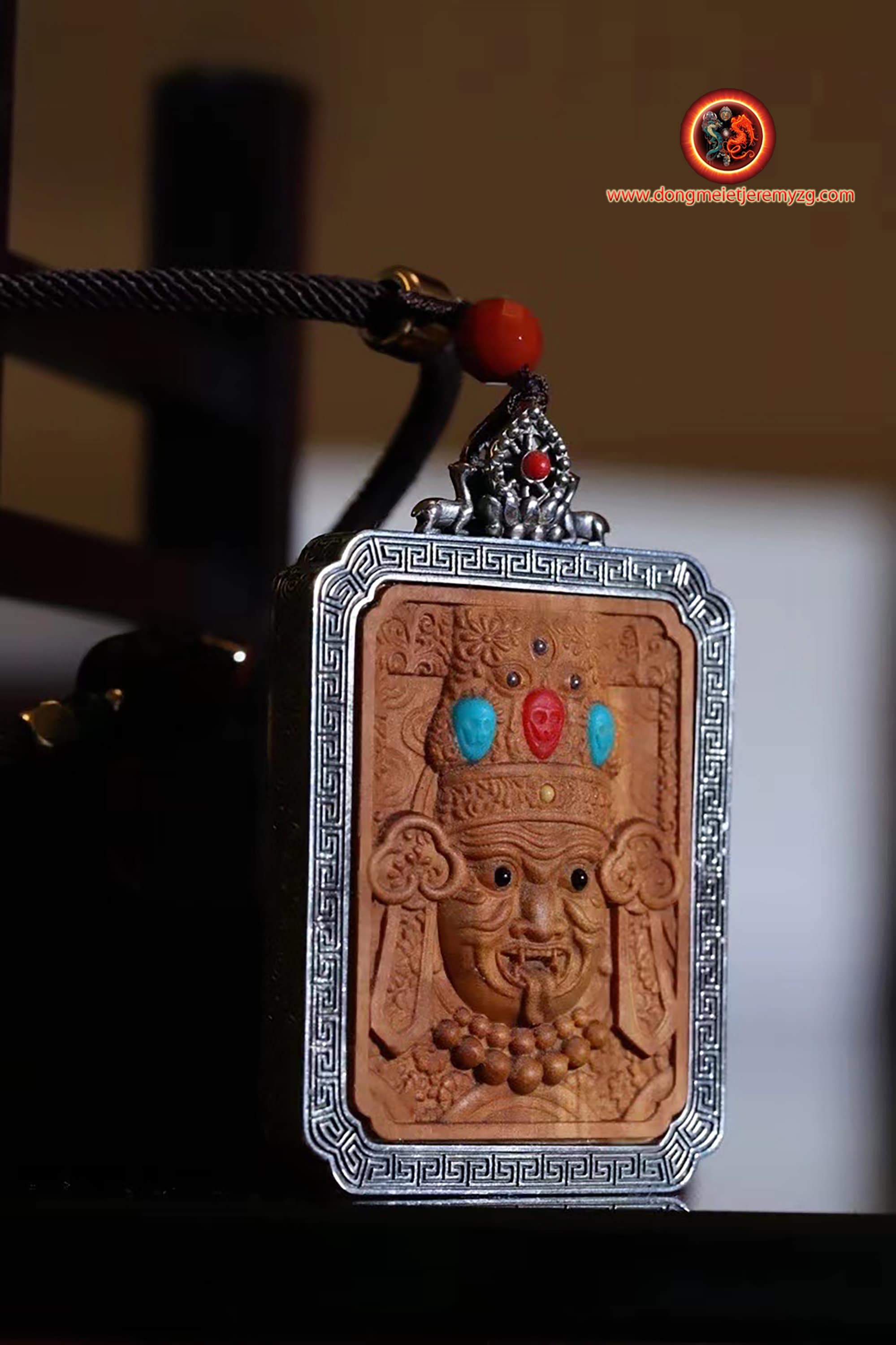 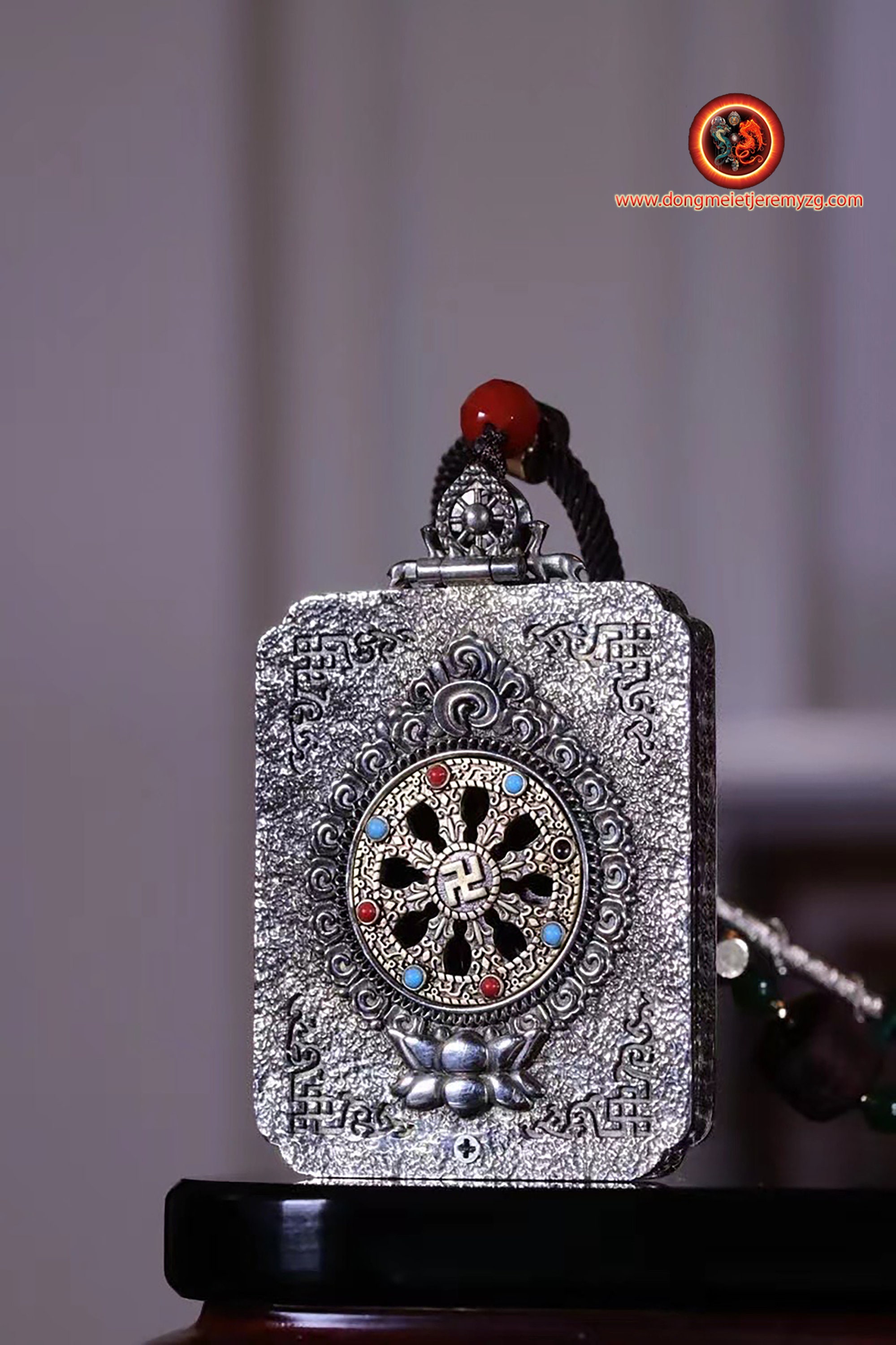 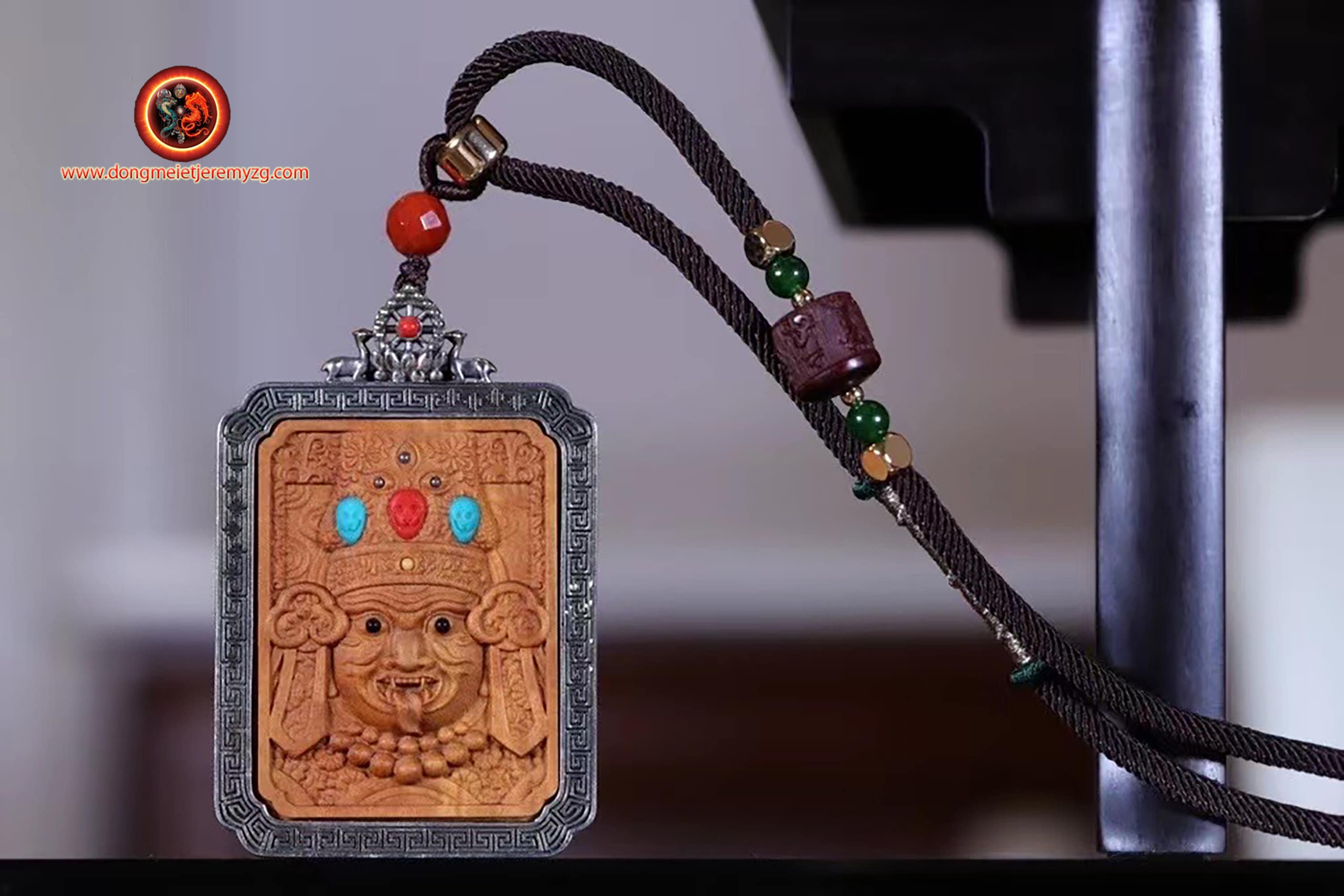 Pendant, Tibetan Buddhist amulet,
deity Zakiram wealth and good fortune
Exceptional sandalwood said of Laoshan santal collection become rare.
Indian sandalwood (S. album) is now very rare and therefore very expensive. Sandalwood from the Mysore region of South India is considered the best quality available. New plantations have been set up with the help of the international community in Tamil Nadu.
It is distinguished from other sandalwood by its characteristic fragrance persisting over time, and the quality of its wood.

Arizona turquoise "sleeping beauty",
agate called nan hong (southern red) of Yunnan. This unusual volcanic agate owes its characteristic intense red color to its natural cinnabar content.
As a gemologist graduated from the National Institute of Gemmology of Paris, all our stones are appraised and certified.

Dharma wheel rotated on the back thanks to a precision ball bearing system developed in Germany.