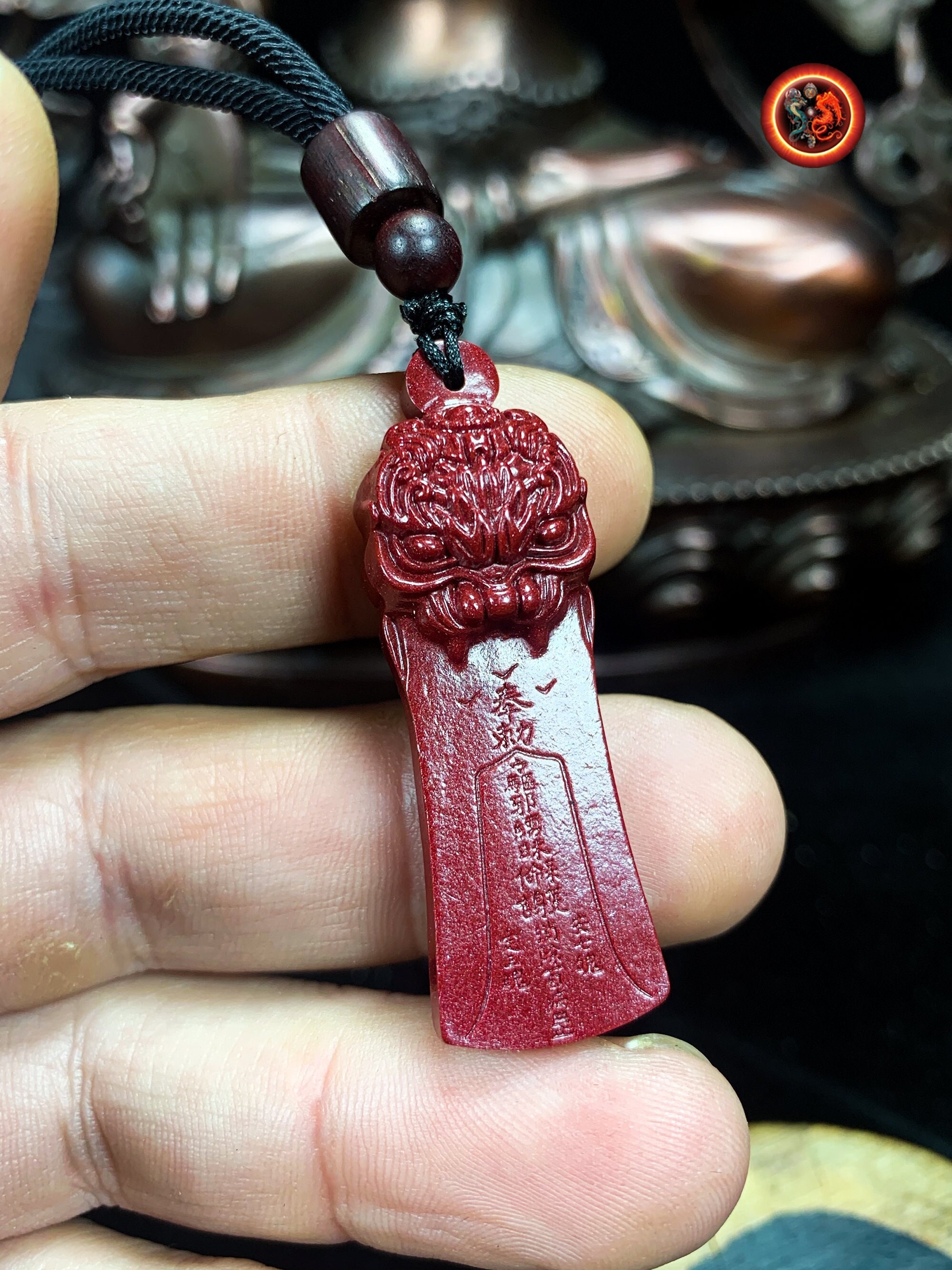 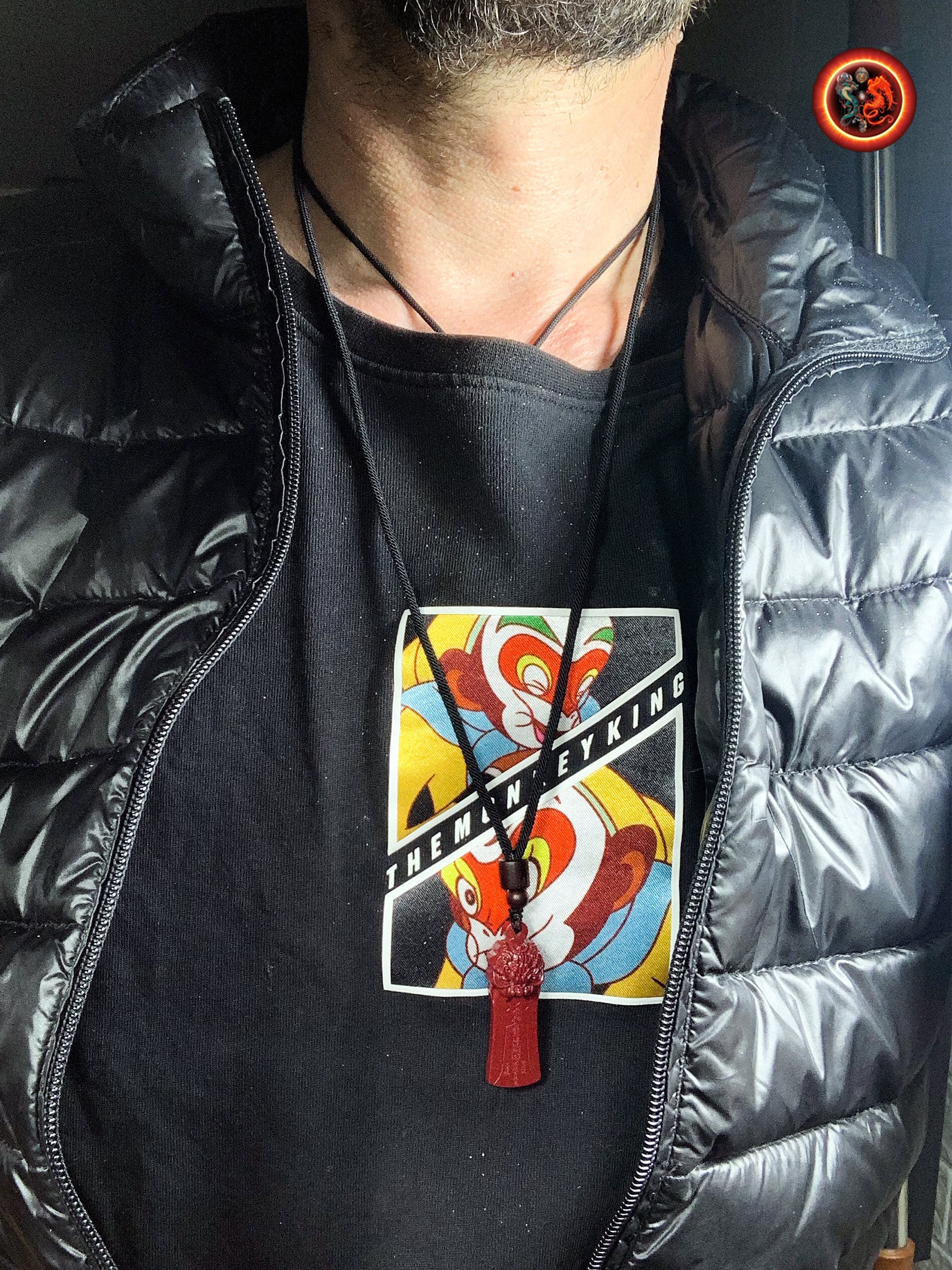 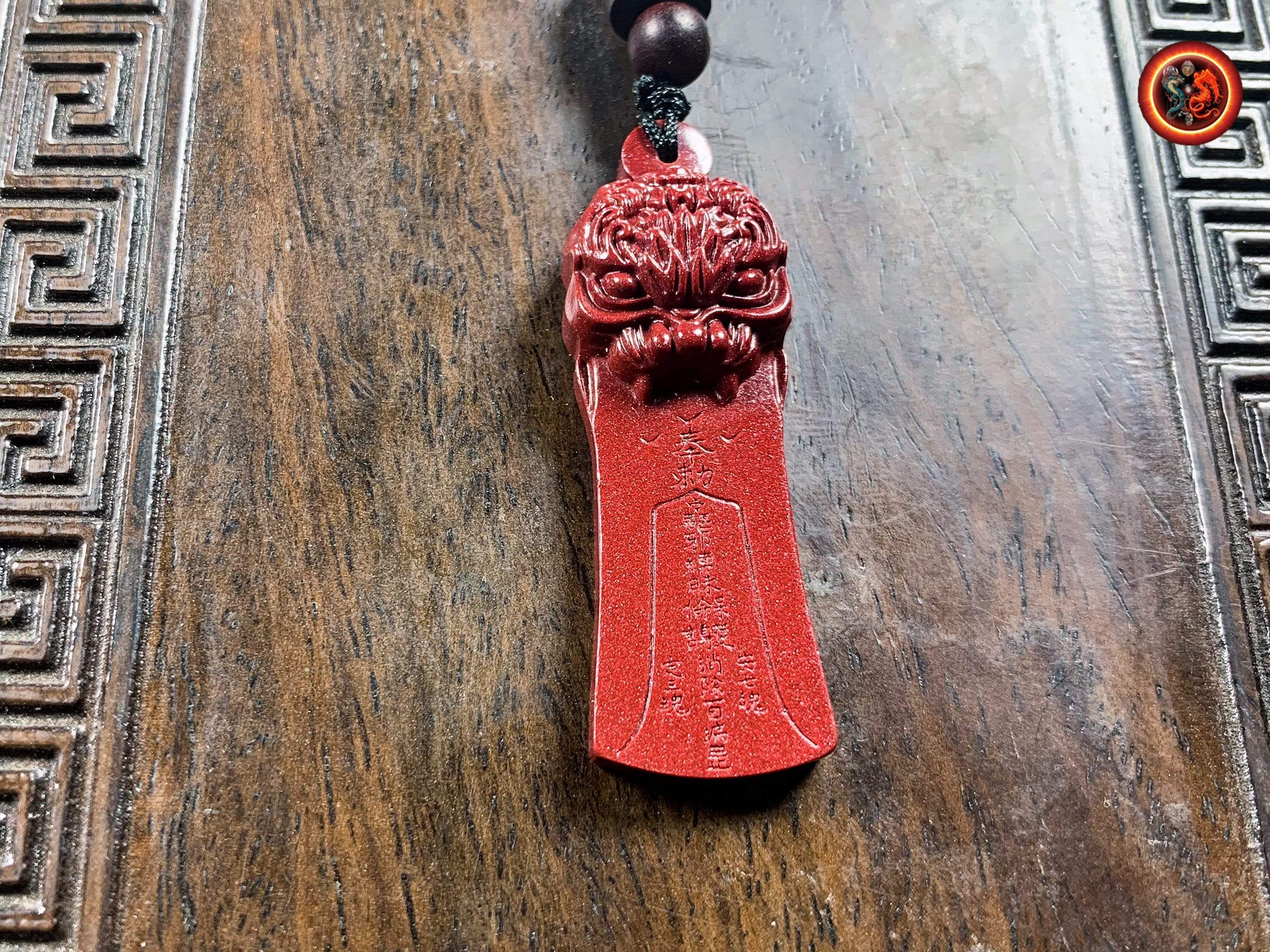 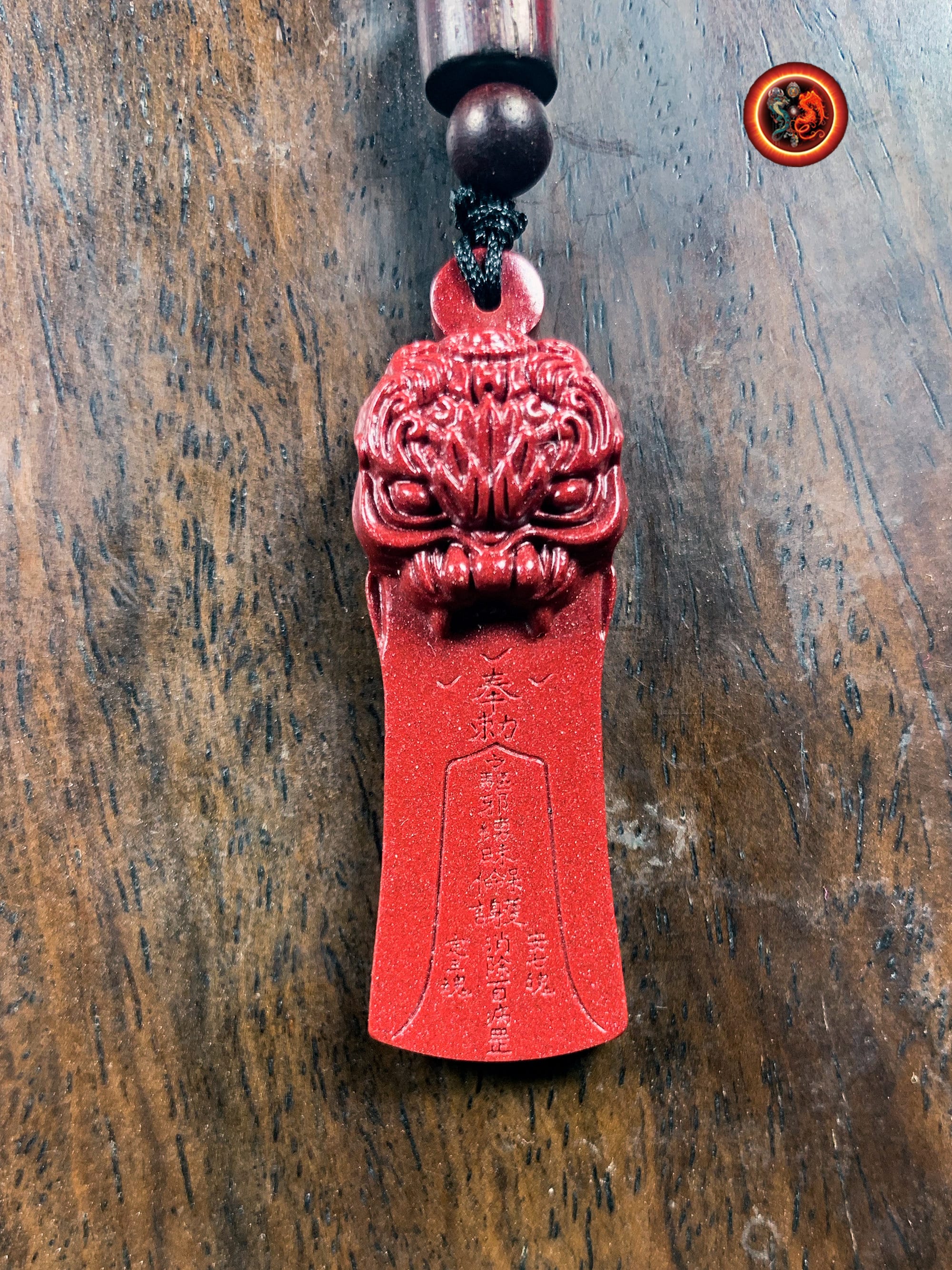 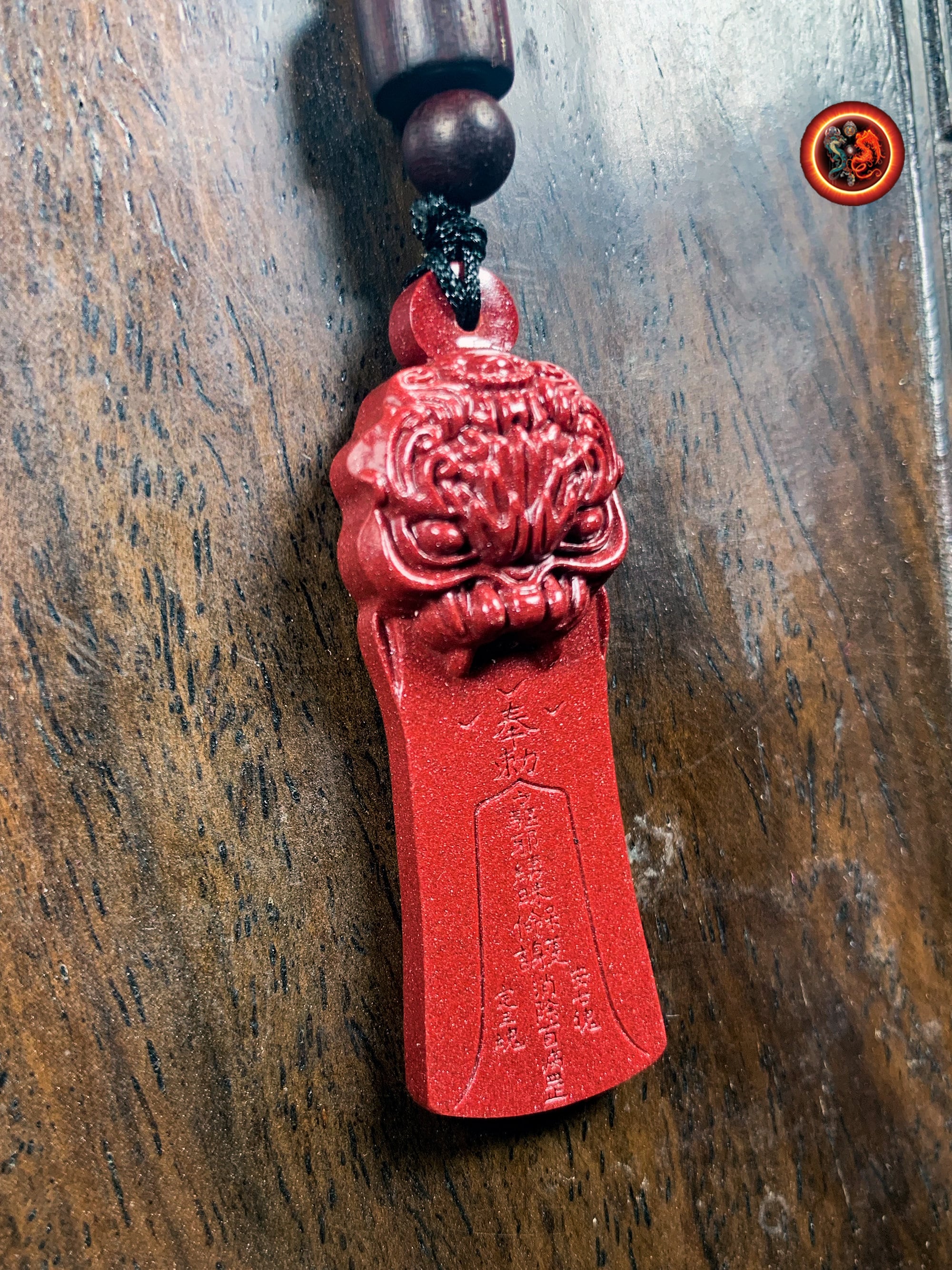 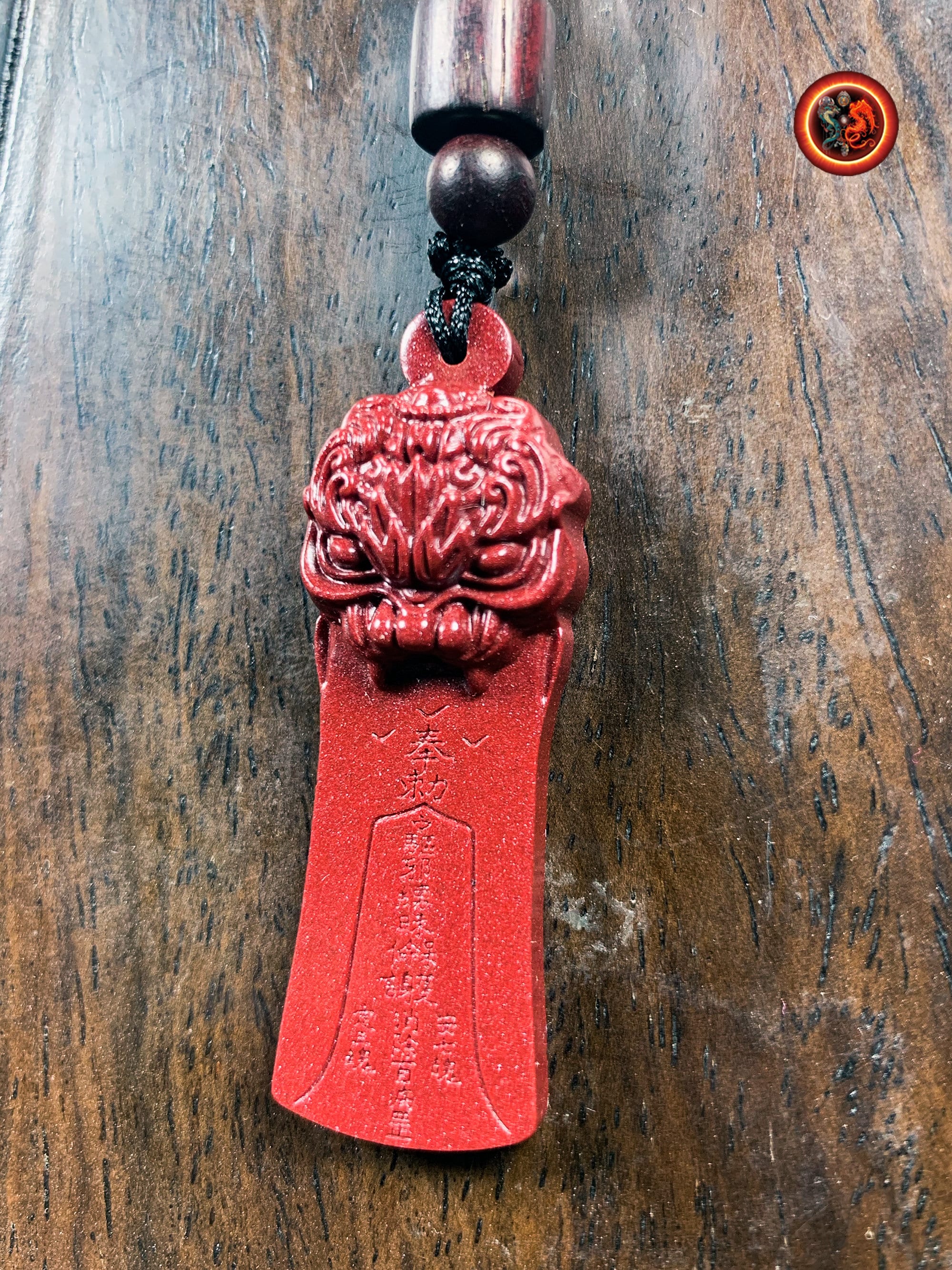 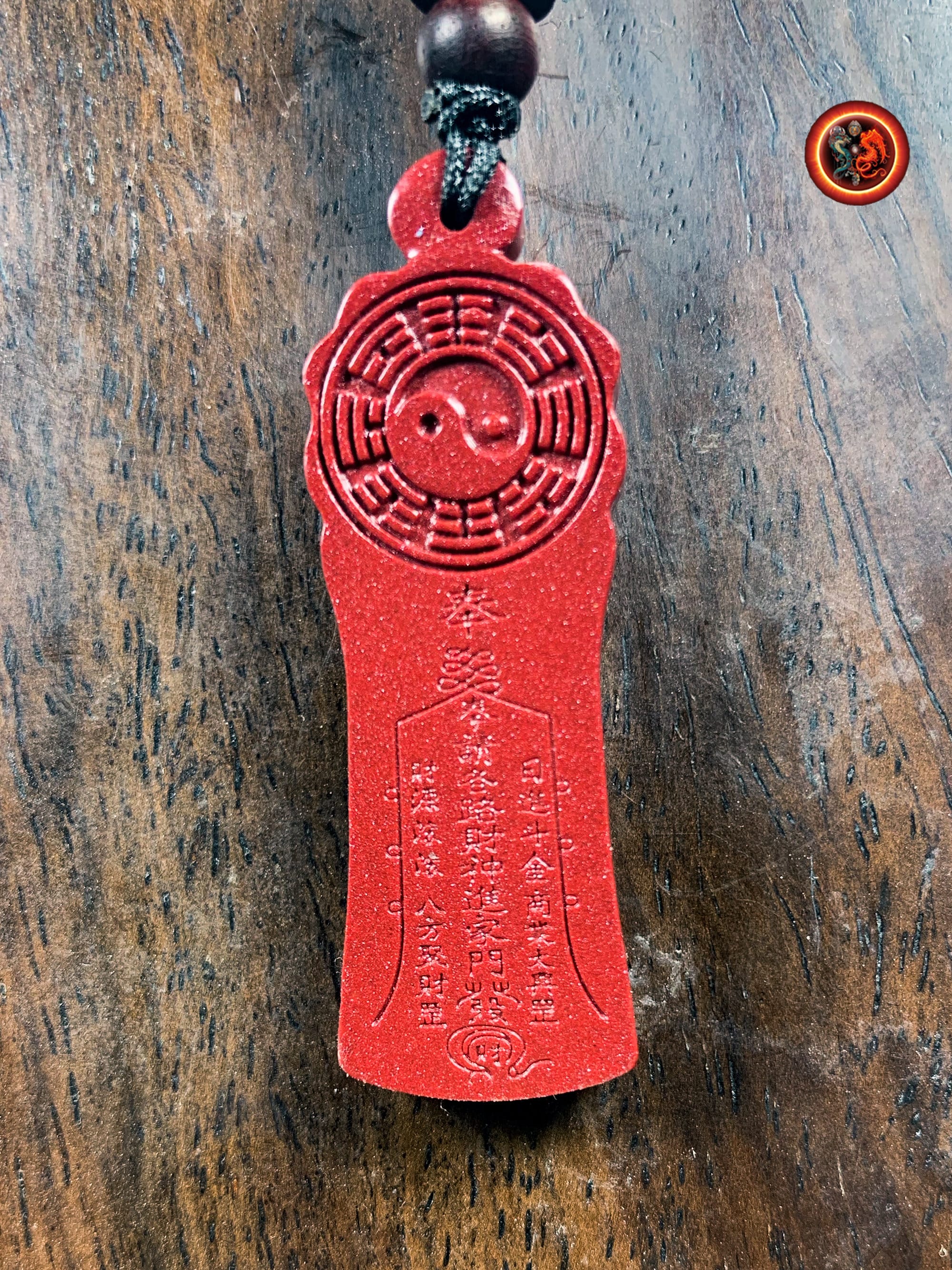 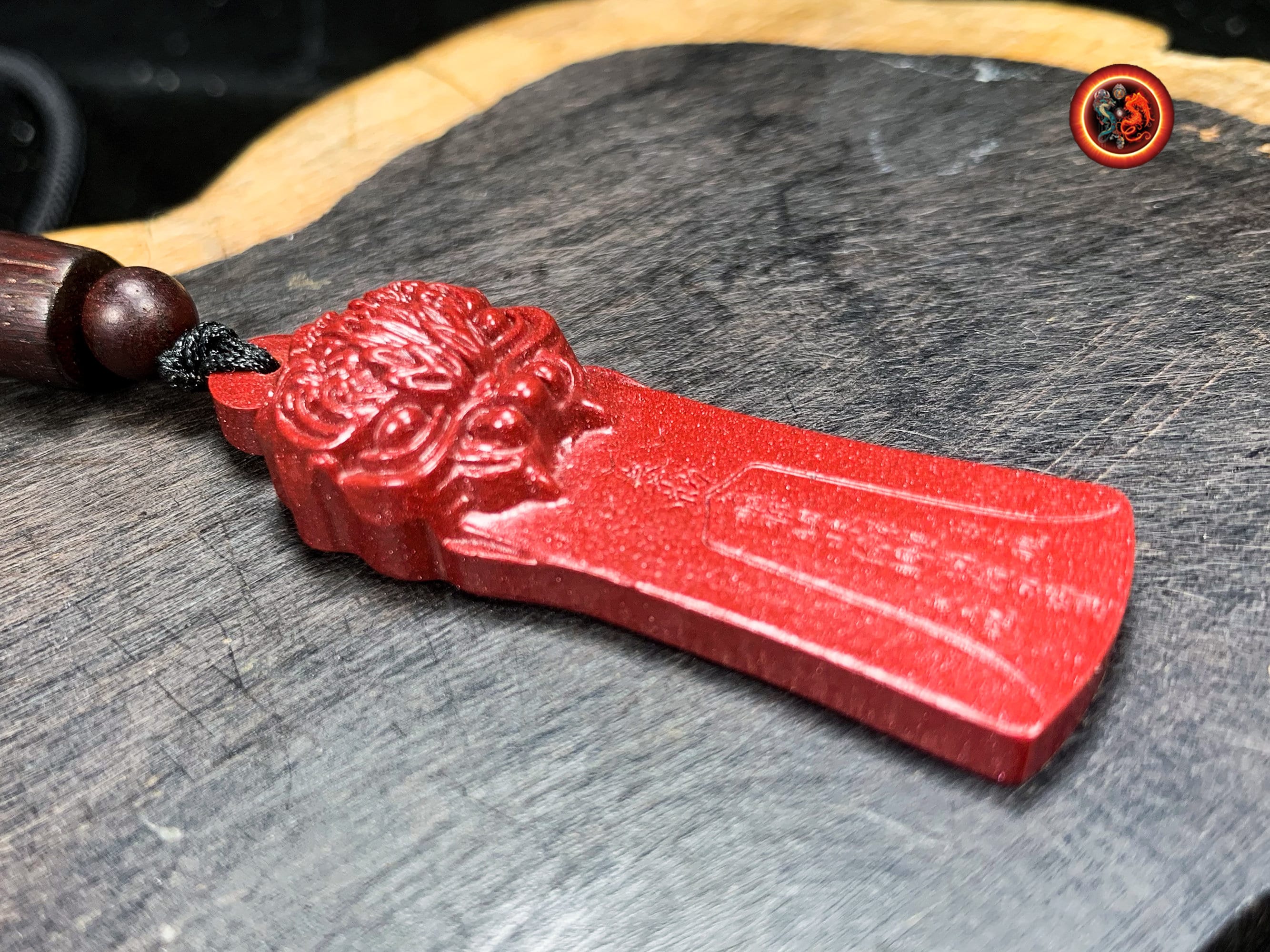 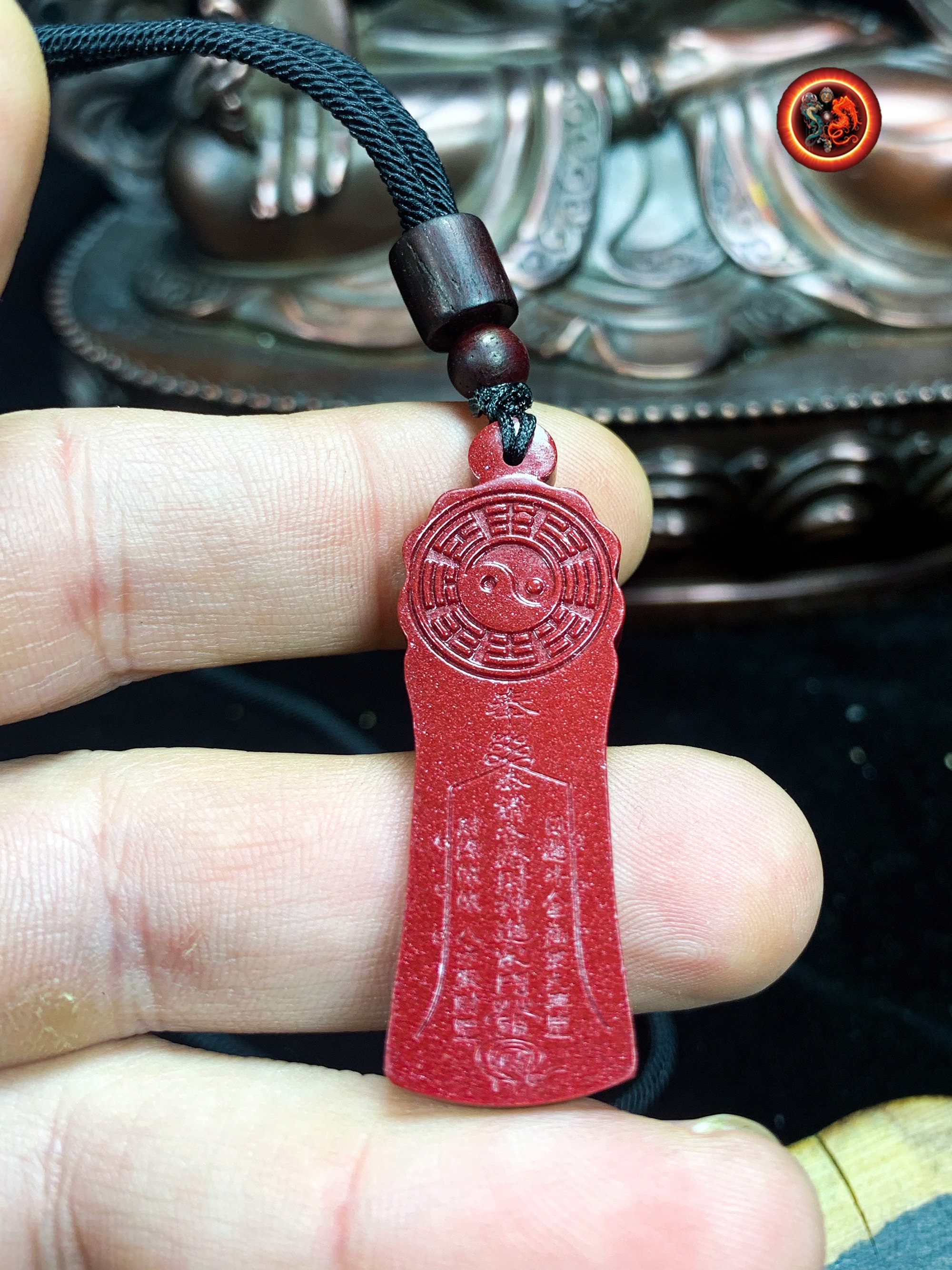 Taoist talisman amulet of wealth and good fortune,
God Caishenye
Stele held in the mouth of pixiu son of the dragon.
cinnabar.
As a gemologist graduated from the National Institute of Gemmology of Paris, all our stones are appraised and certified.
Mounted on cord embellished with red sandalwood.

GOD CAINSHENYE
The term Caishenye (財神爺) or God of Wealth refers to a set of Chinese gods who are attributed the power to improve the financial situation. The god(s) solicited may vary from faithful to faithful; the list is not closed, everyone being free to choose the divinity that seems to him the most effective. The best known of them are presented below. There are rich merchants whose historical existence is attested, obscure figures of antiquity mentioned in The Investiture of the Gods, Taoist deities, and also great popular gods whose main function is not this. The gods of wealth tend to be classified into two categories, "civilian" and "military", in imitation of the imperial bureaucracy, or grouped by five (more rarely 3 or 8). Tibetan Buddhism also offers its five gods of wealth. Milefo, the Chinese version of Maitreya depicted as a belly and smiling monk, a sign of prosperity and happiness, can also perform this function.