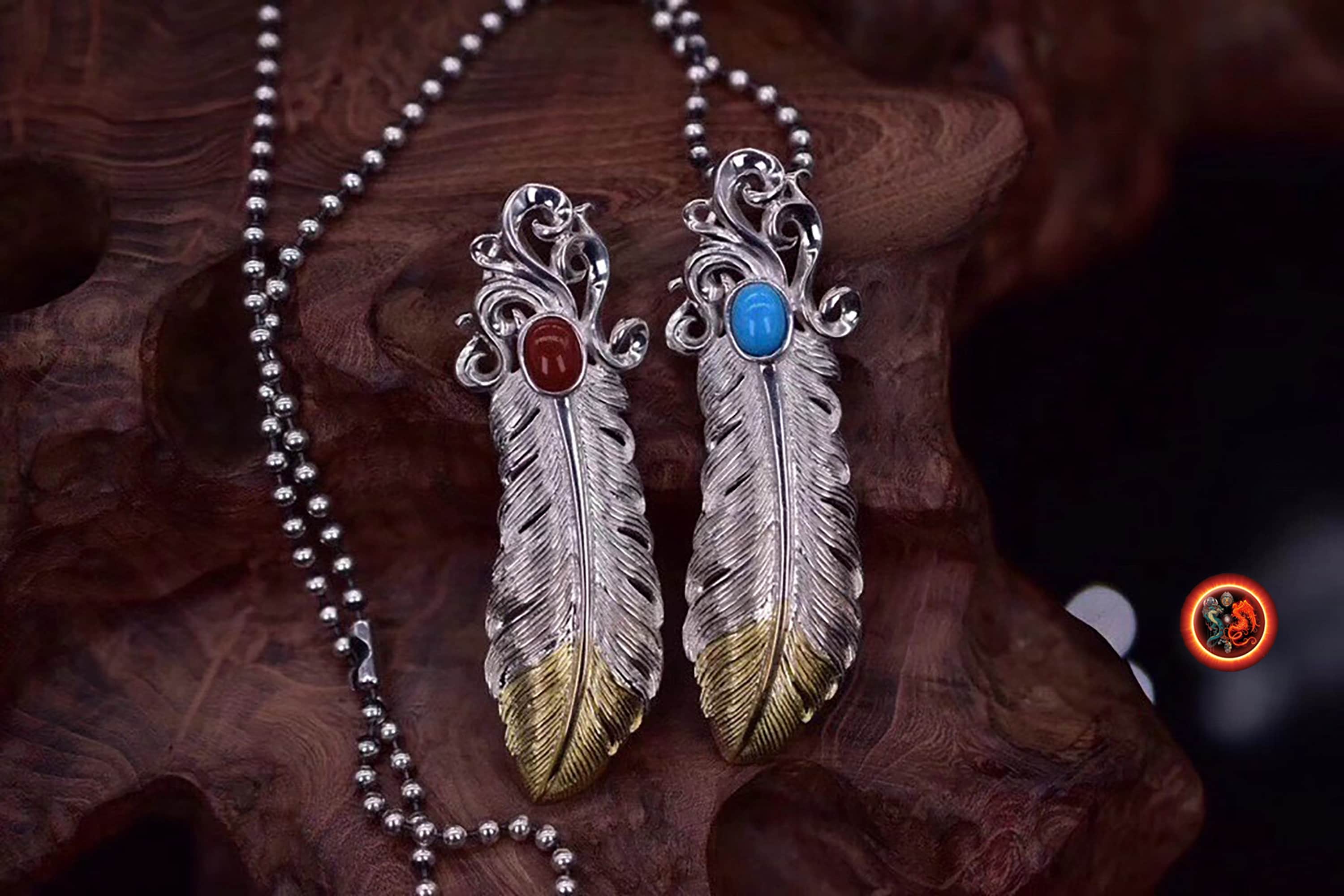 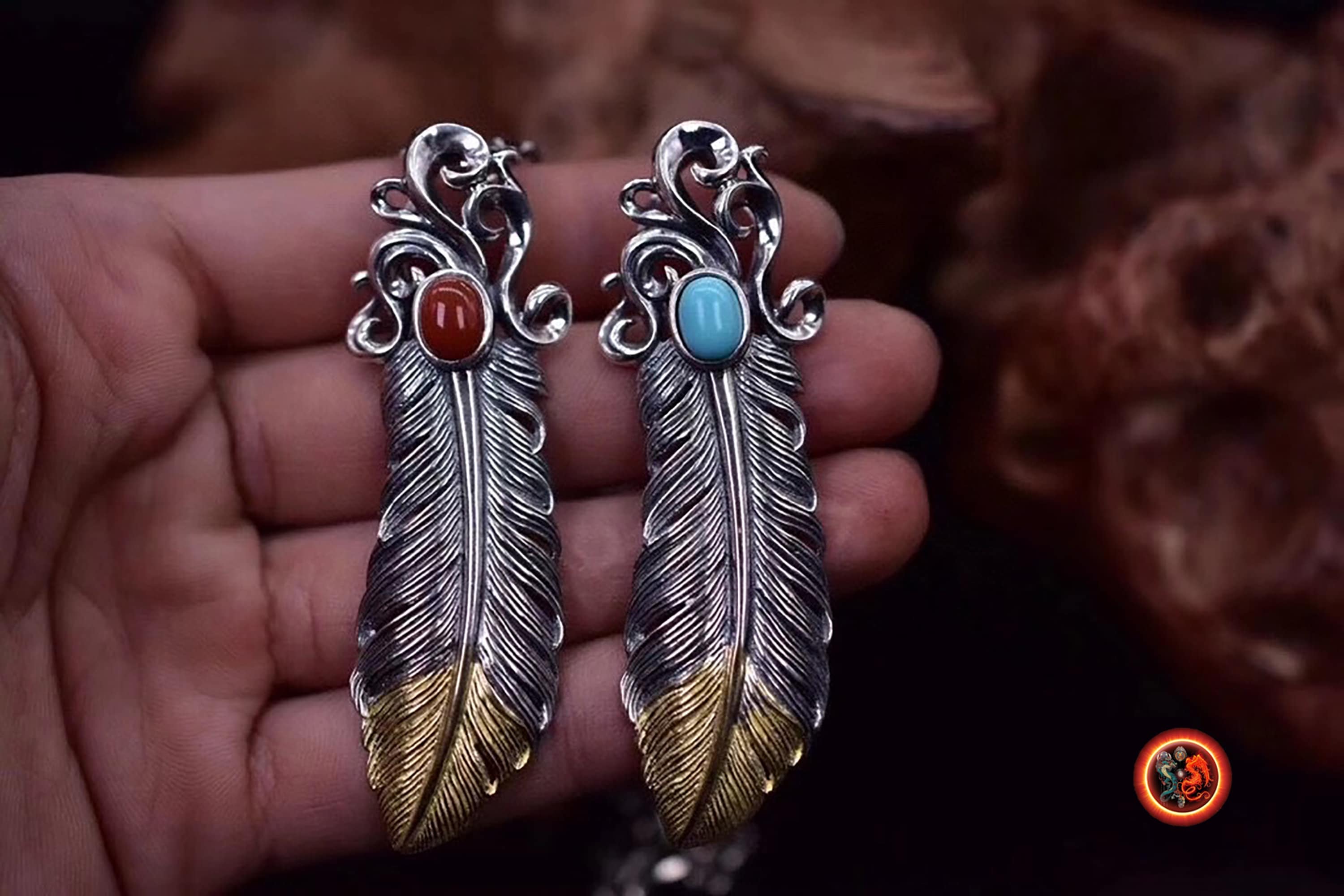 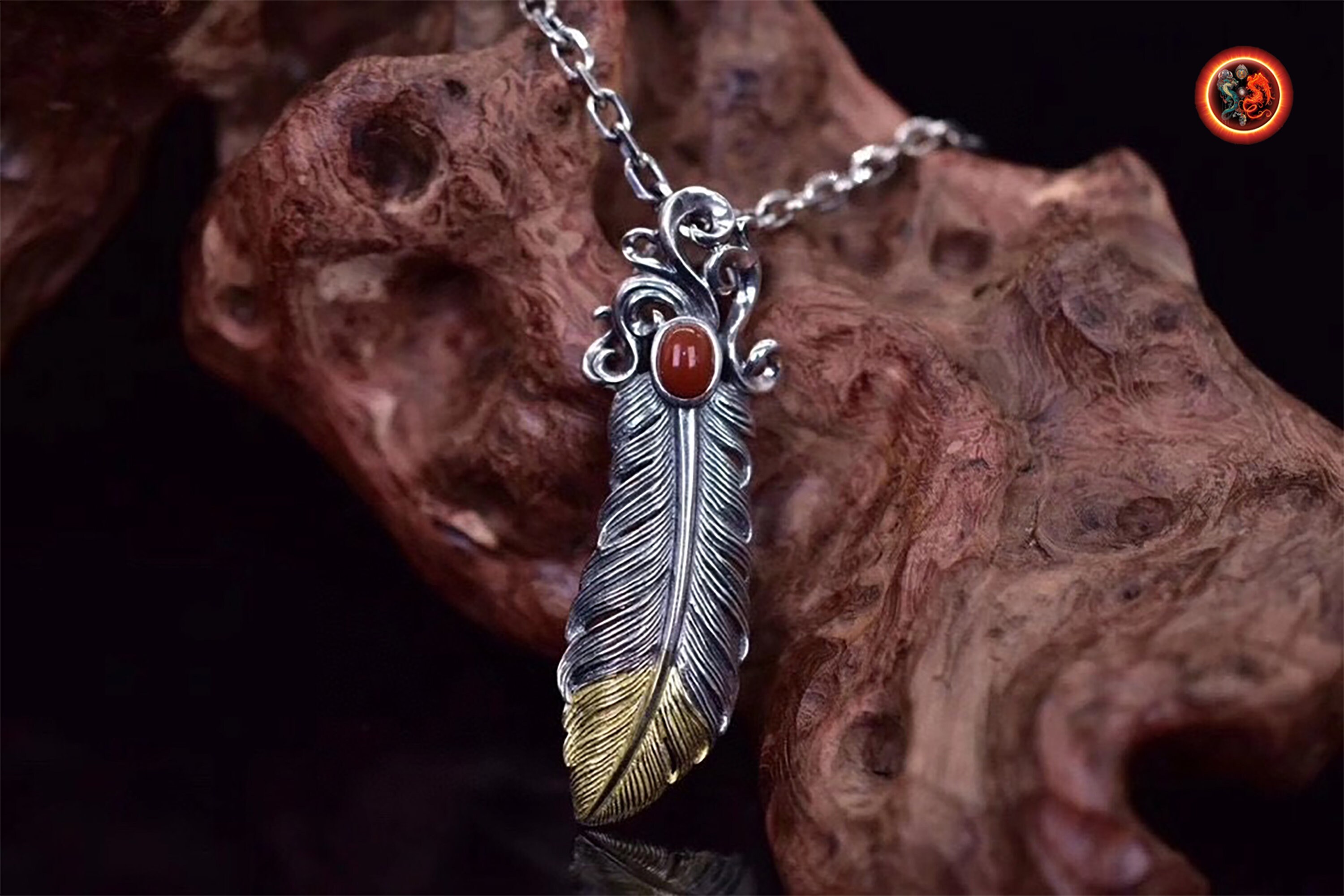 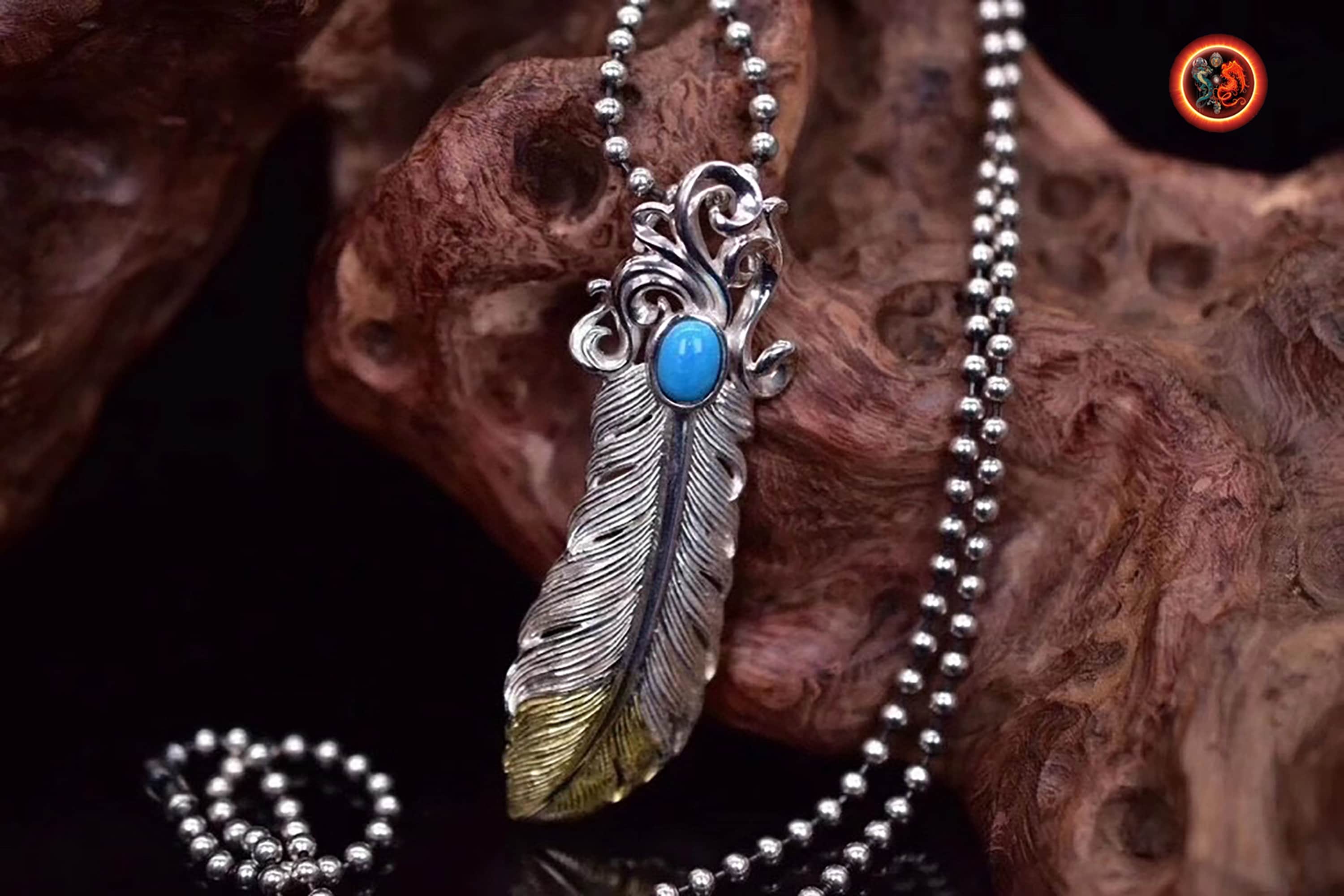 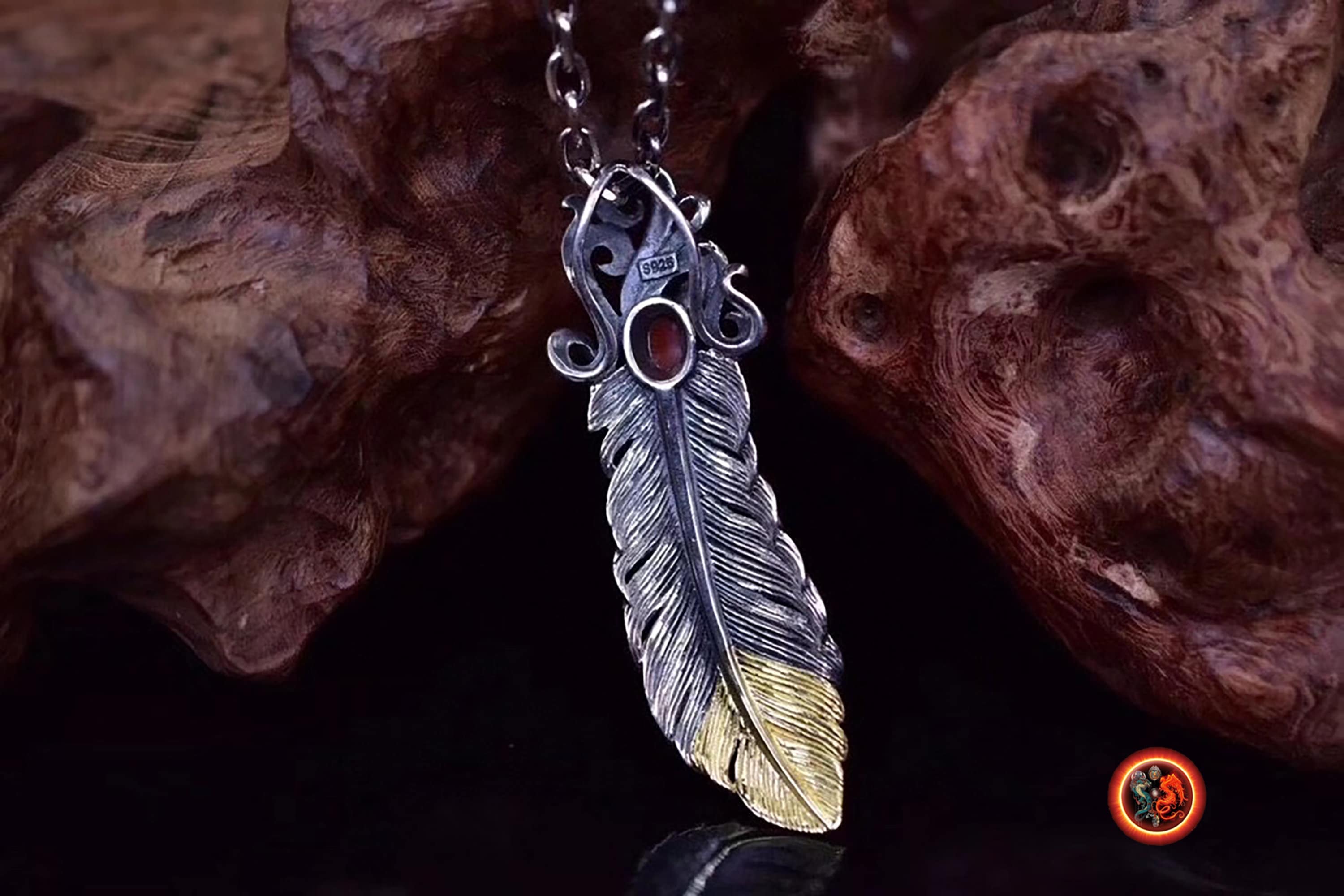 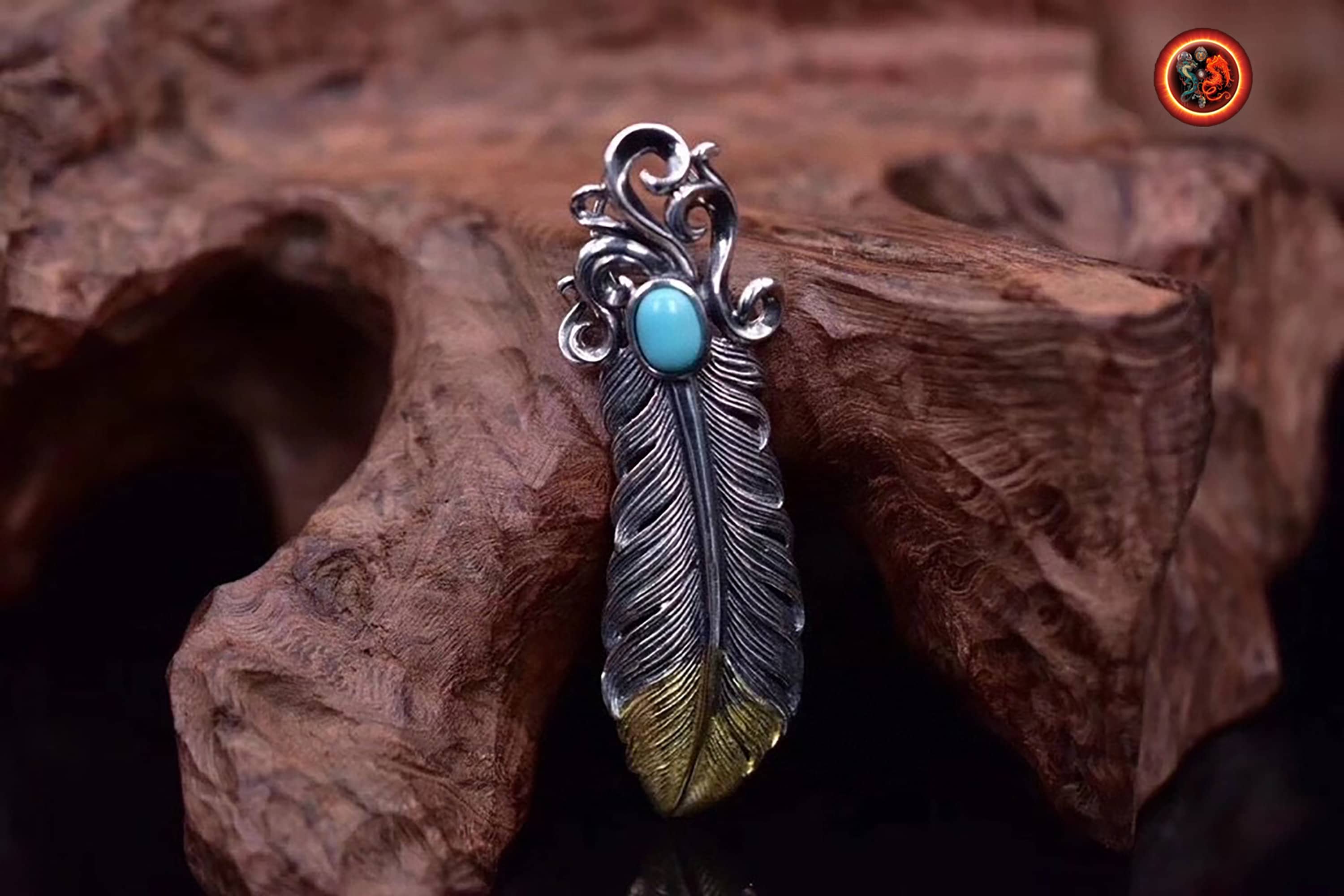 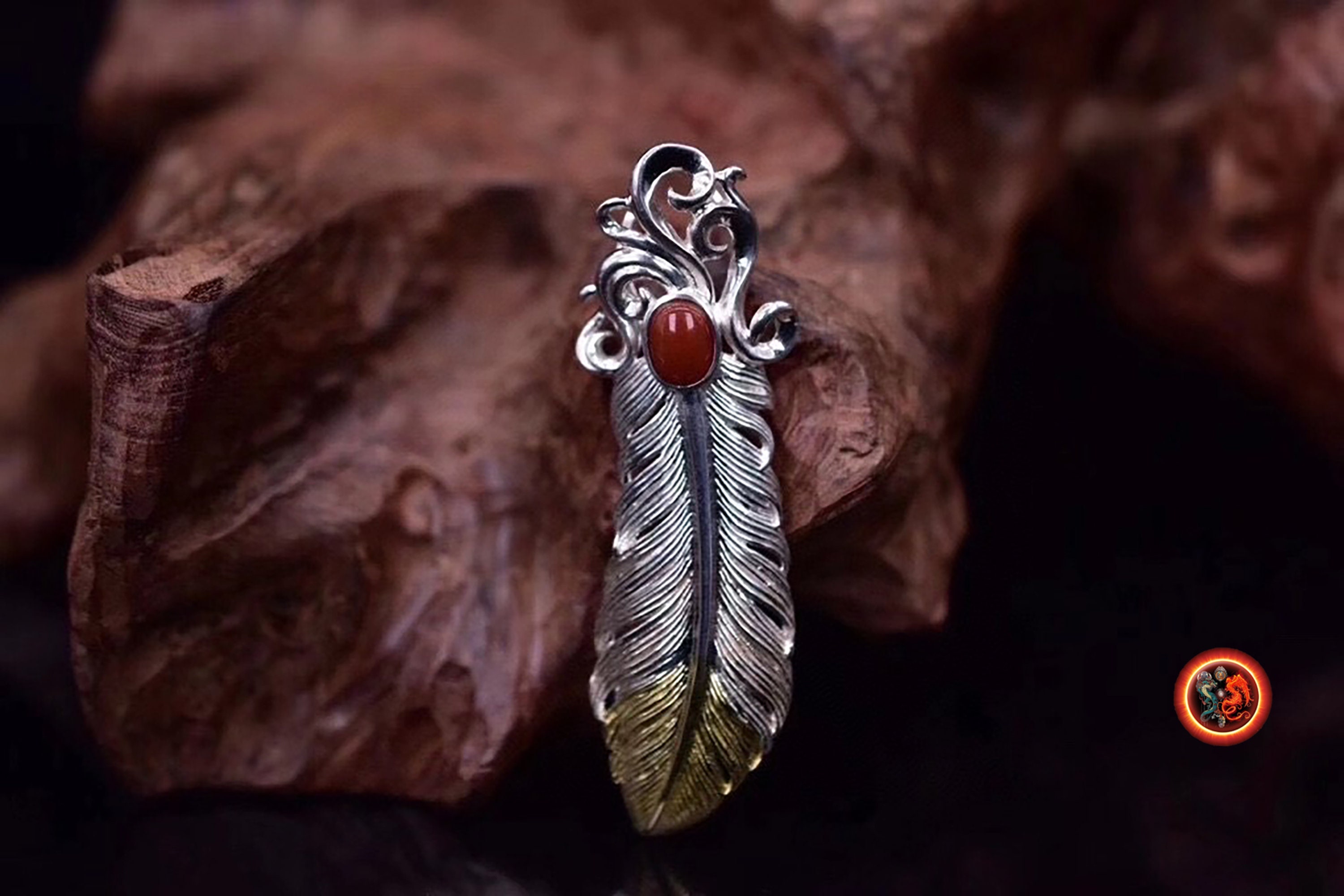 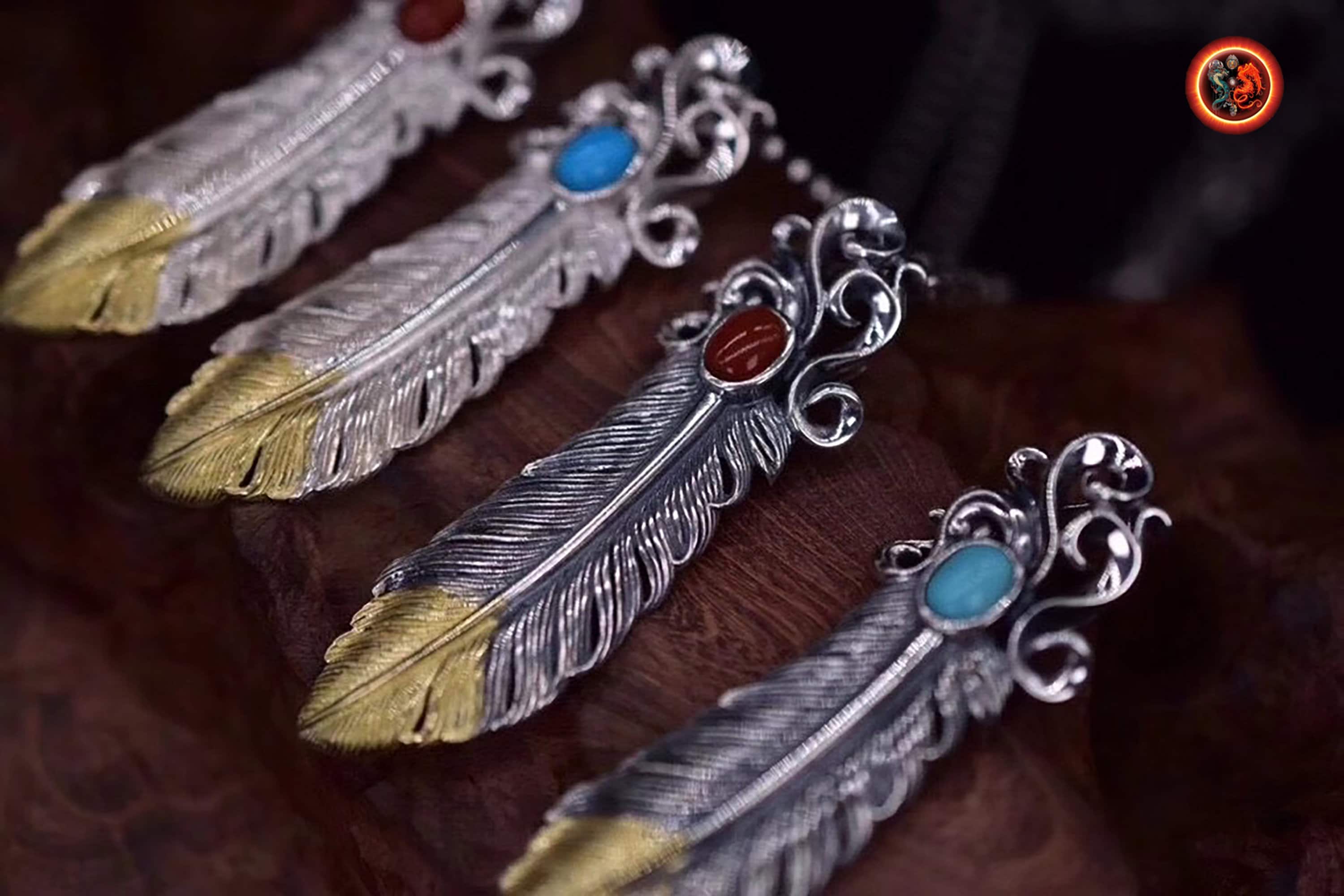 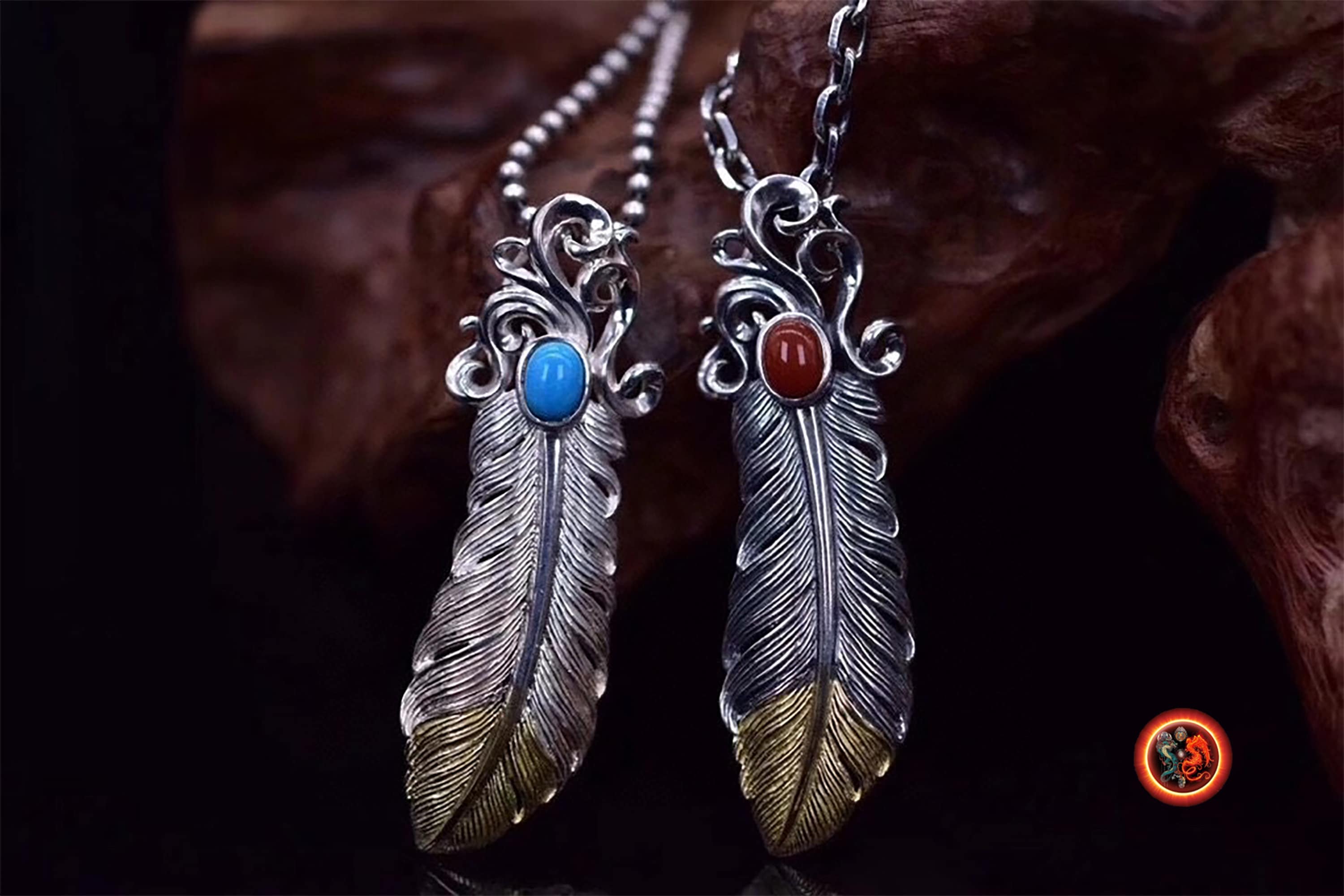 pendant, Native American shaman inspiration, eagle feather
Stamped silver 925
copper
To the choice of Arizona turquoise "sleeping beauyt or agate nan hong (southern red) of Yunnan, This unusual volcanic agate owes its characteristic intense red color to its natural cinnabar content.
As a gemologist graduated from the National Institute of Gemmology of Paris, all our stones are appraised and certified.

Dimensions of the pendant
69mm high by 22mm wide
weight of 30 grams.

At the beginning of the world, it was in the fire that those above deposited the secret. It was seven colors. At that time water was a woman, she knew the art of enchantments, she was a witch. She enchanted the fire. When the fire was defenseless, she threw herself on him. She killed him. From the dying fire a vapor rose, and in the last breath of the fire the water seized the secret. After the water, the wood came. He fed on her and the secret entered the wood through a thousand drinking roots. After the wood, the stone came. She wore out the wood, she devoured her strength, and the secret, with the defeated force of the wood, entered the stone. After the stone, the eagle came. he incubated the stone. The stone liked this. The secret also liked that. He went to snuggle up in the eagle's plumage. After the eagle, the man came. He made an alliance with the eagle. The eagle gave him seven feathers, in which were the seven colors of the secret, and by the power of these seven feathers, the man became a sorcerer.
Don Pancho.
Luis Ansa , The Seven Feathers of the Eagle