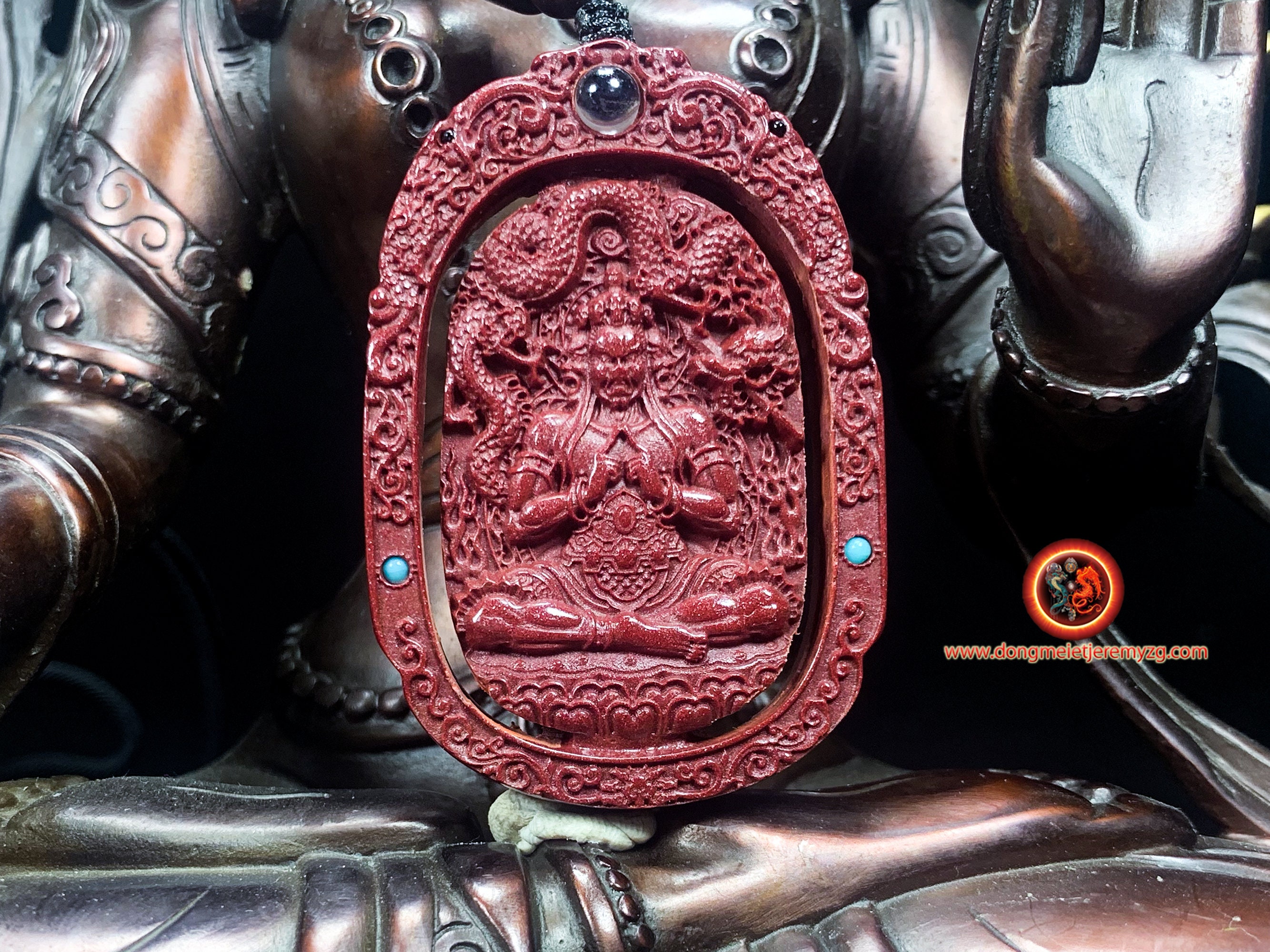 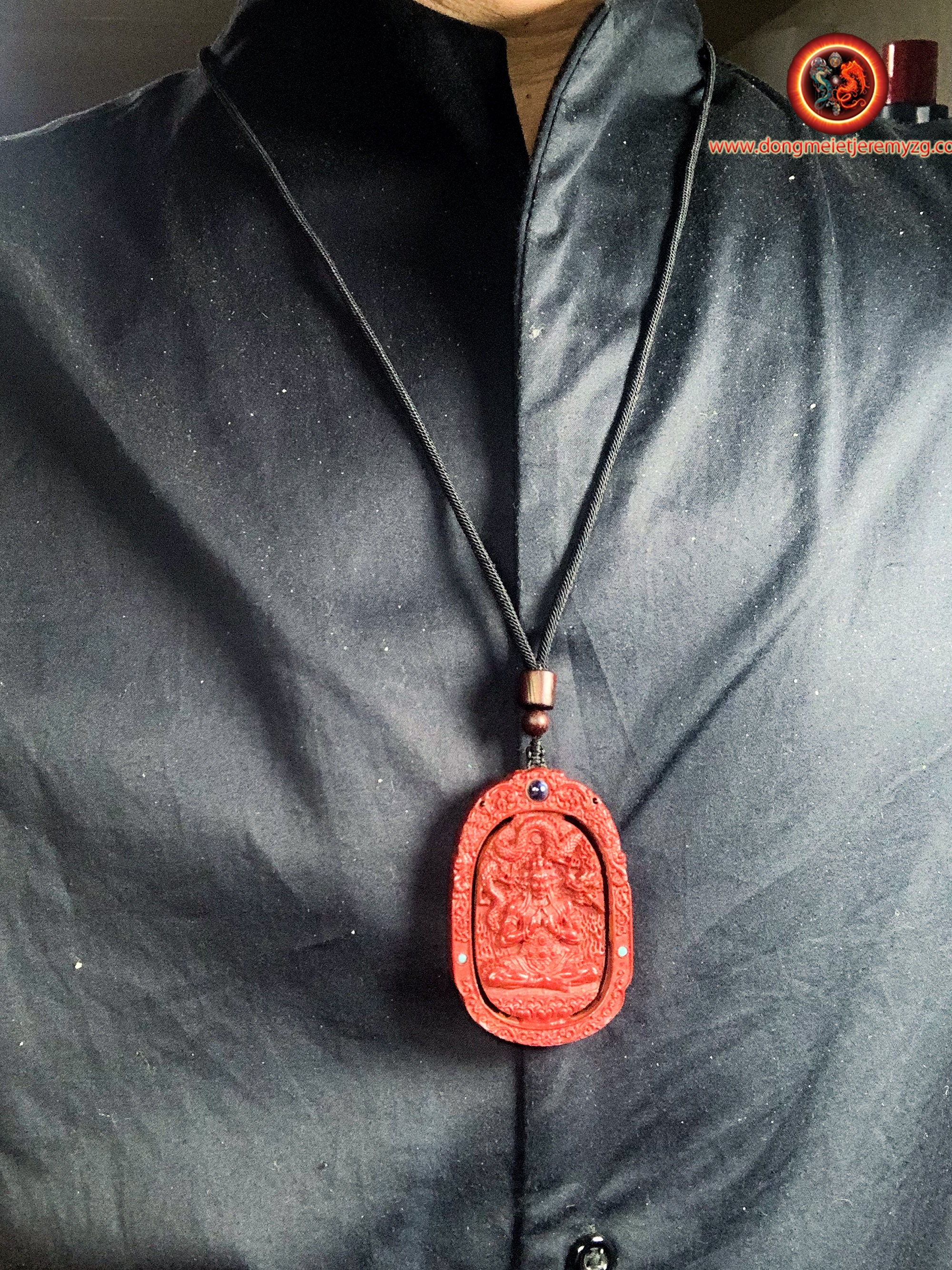 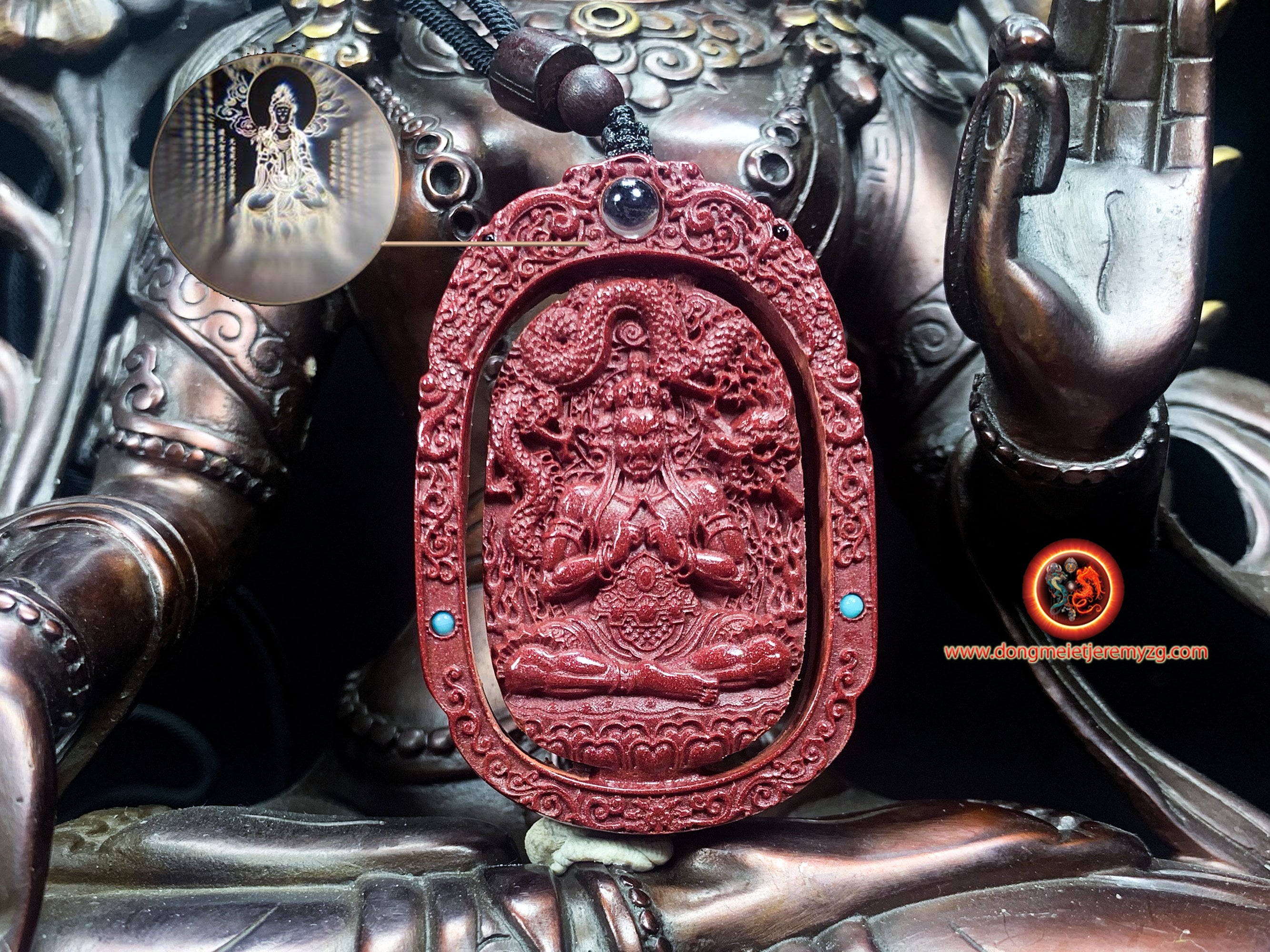 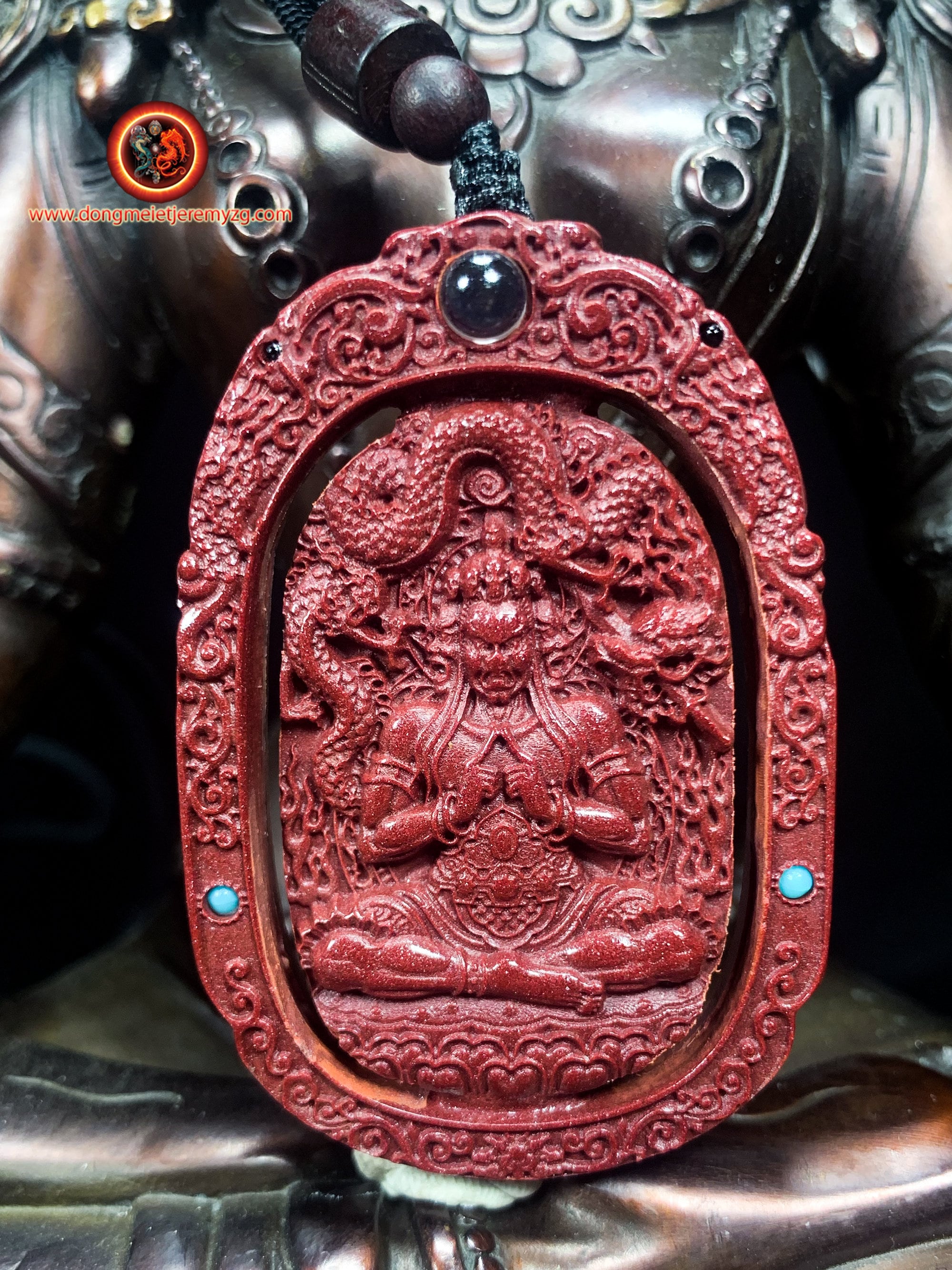 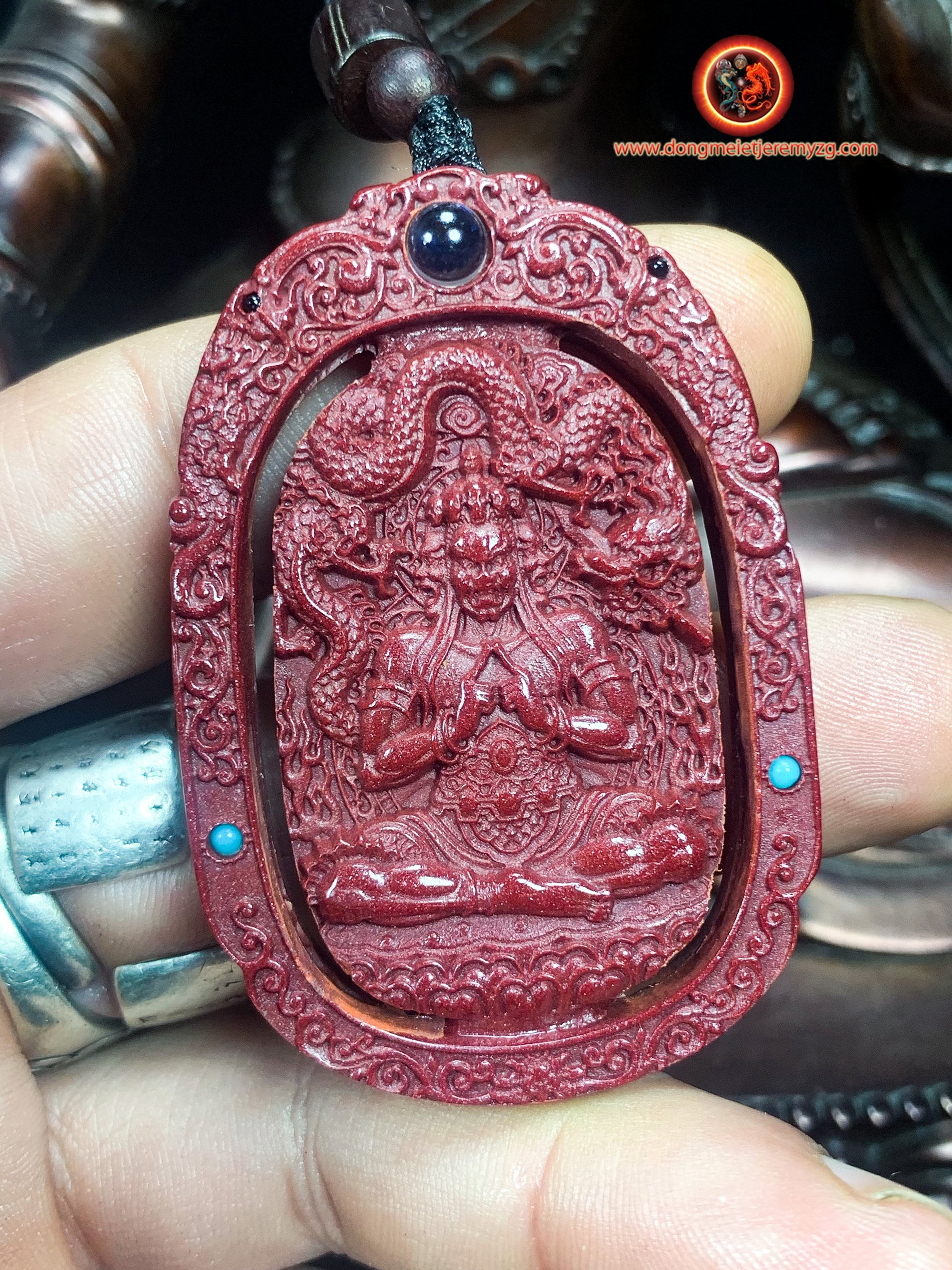 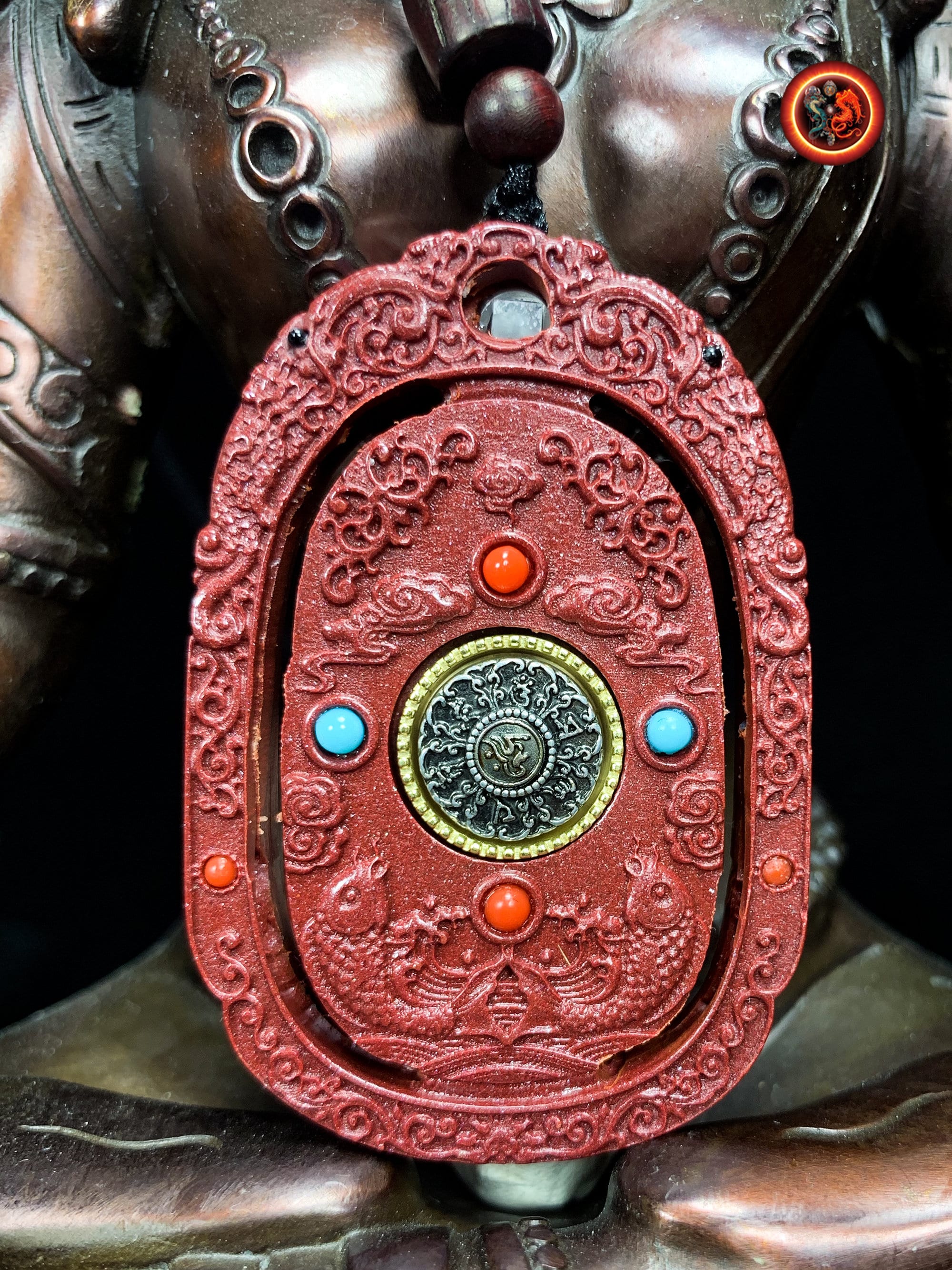 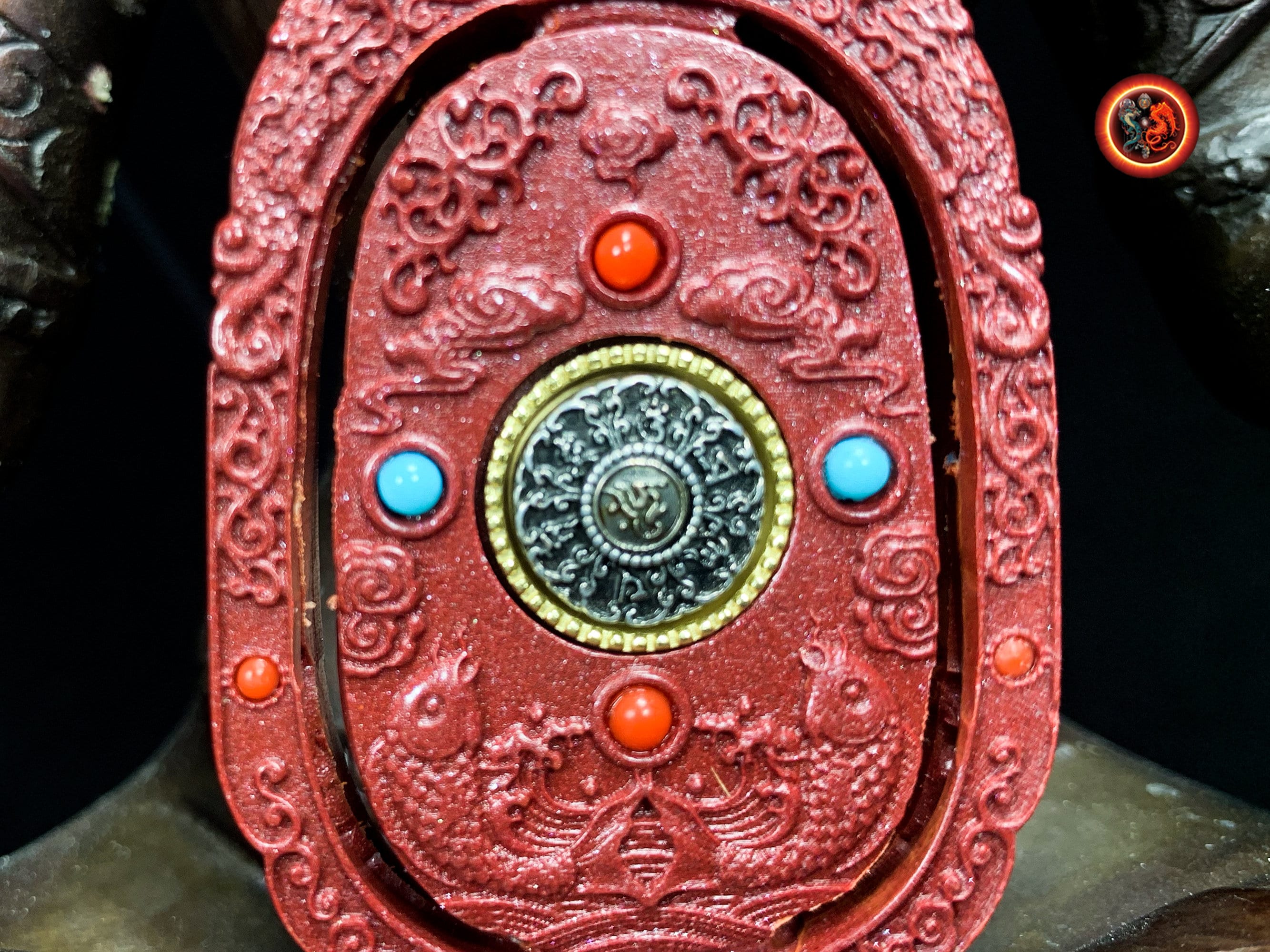 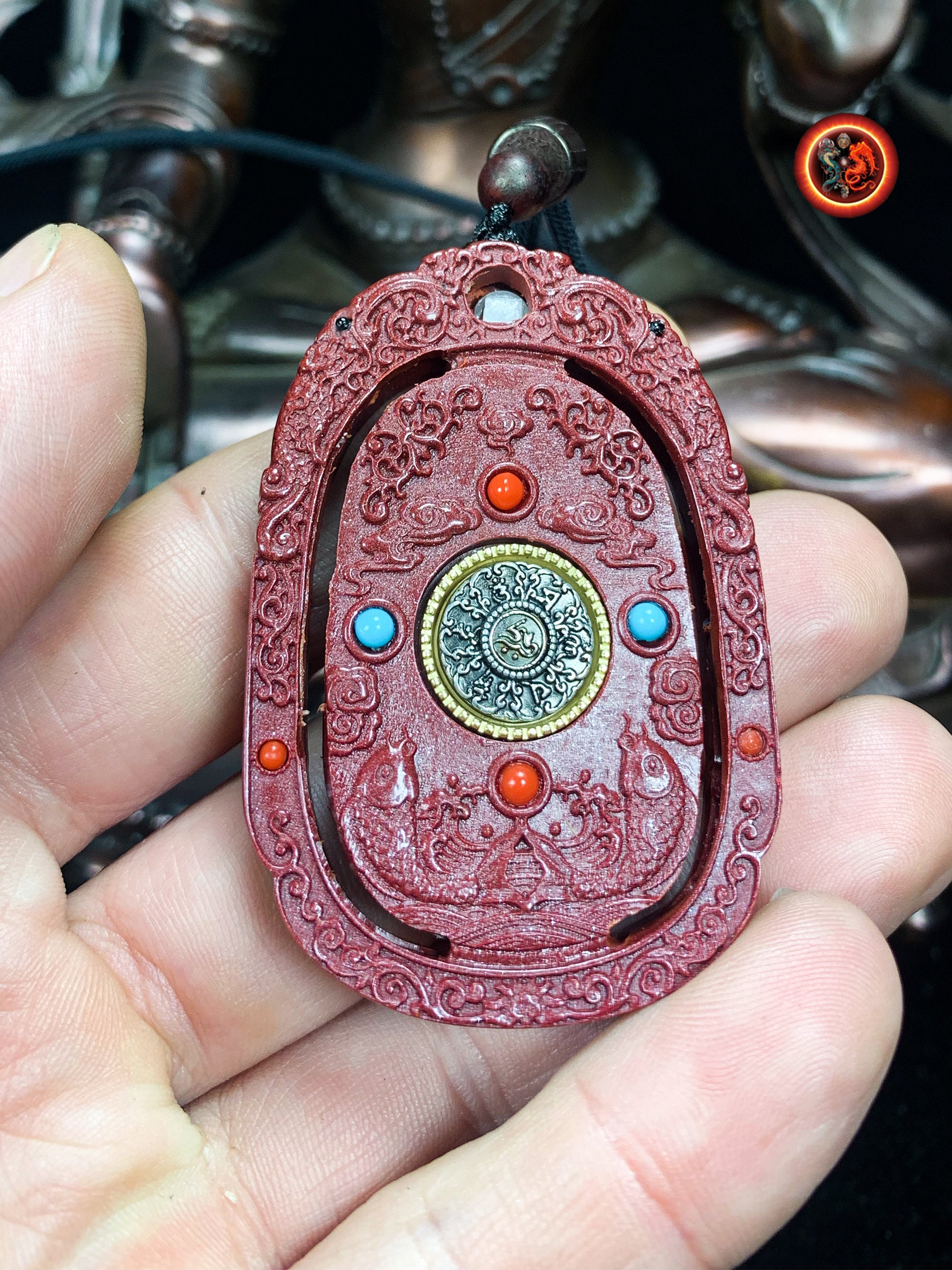 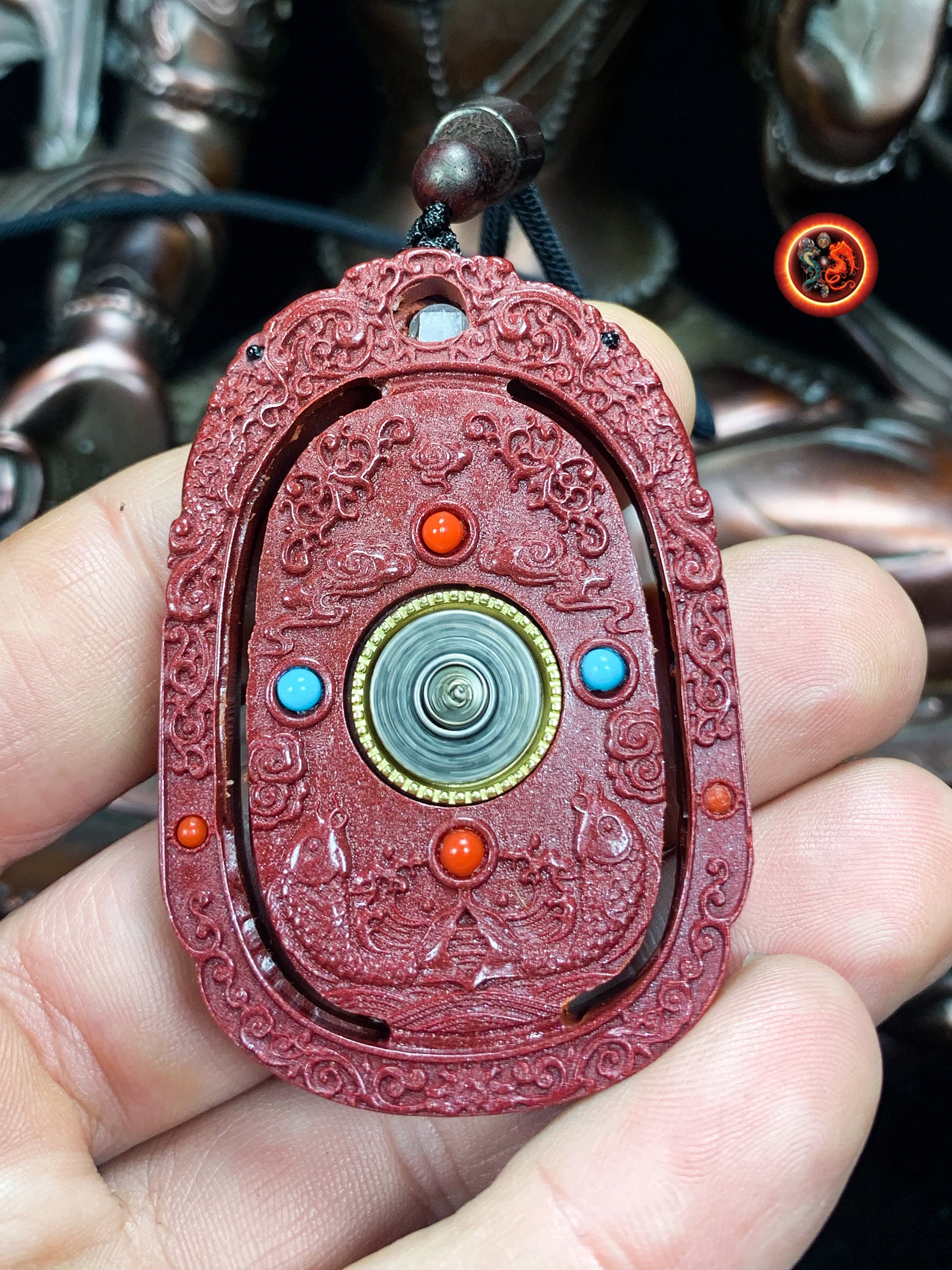 Pendant, Tibetan Buddhist amulet, Buddha.
Buddha Acala.
Cinnabar.
As a gemologist graduated from the National Institute of Gemmology of Paris, all our stones are appraised and certified.
sutra of the heart in nanoscript visible by transparency to the light by magnifying glass effect.
Mantra turning on the back thanks to a precision ball bearing system developed in Germany.
Buddhist protection.
With cord decorated with red sandalwood.