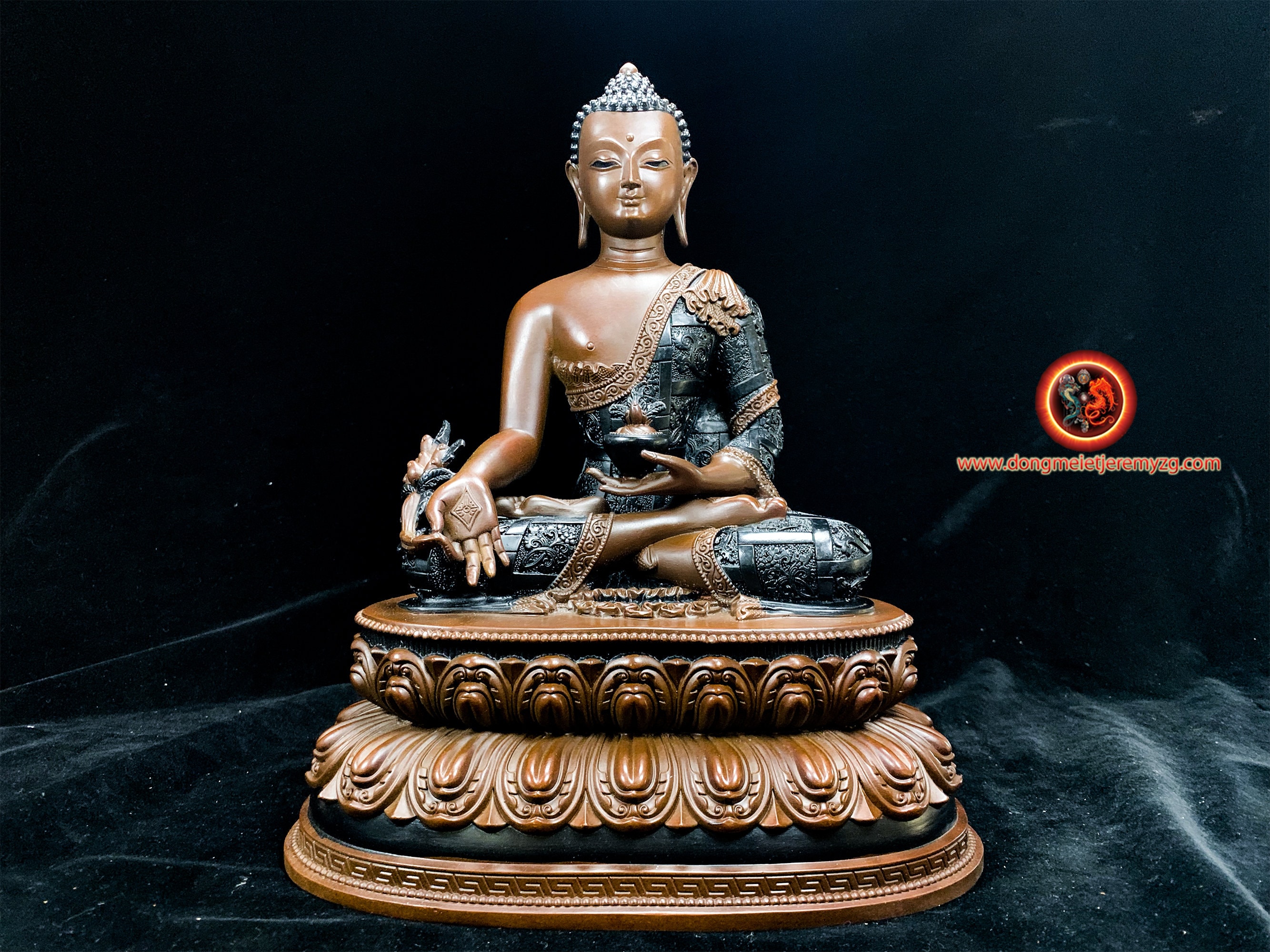 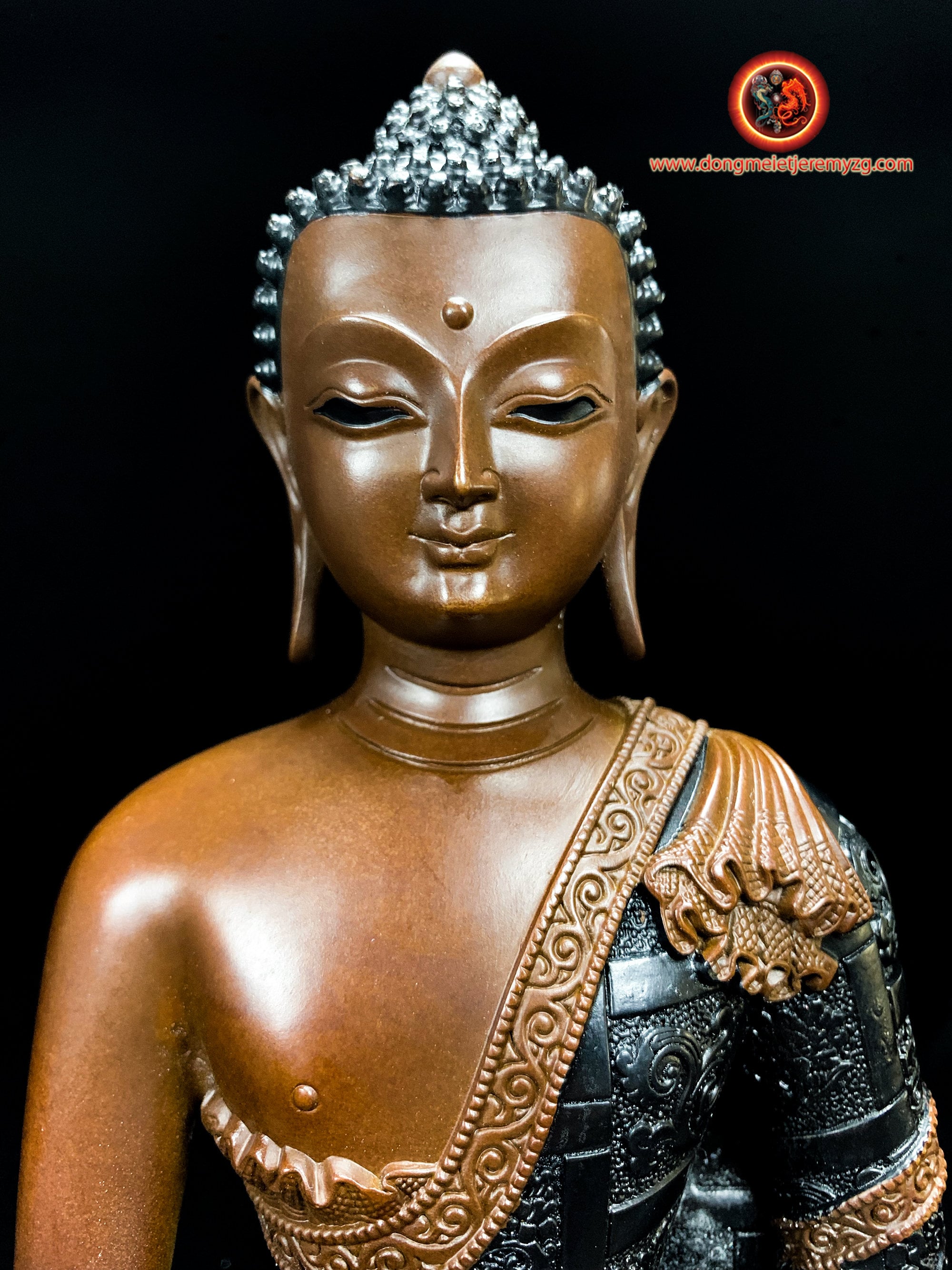 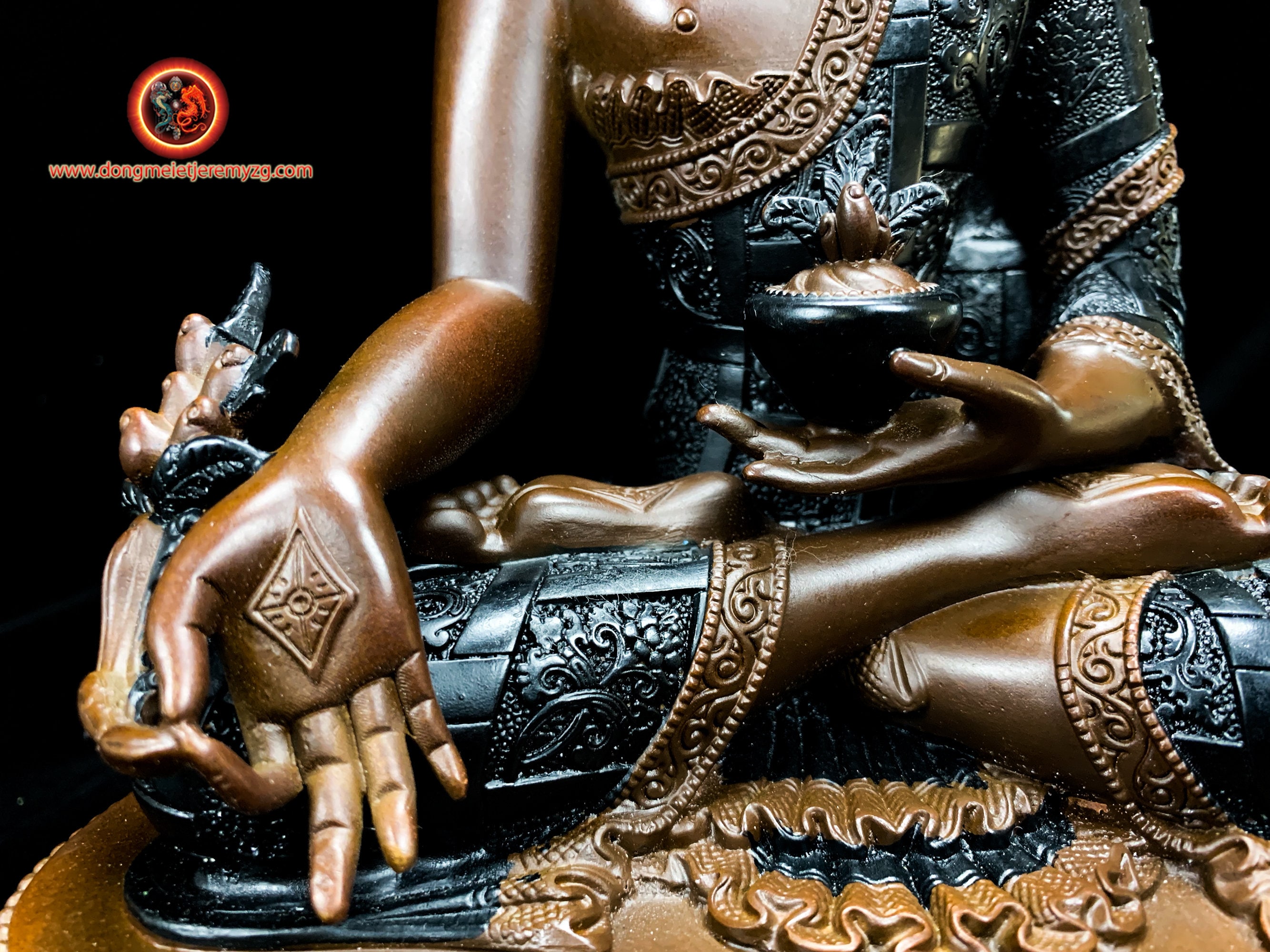 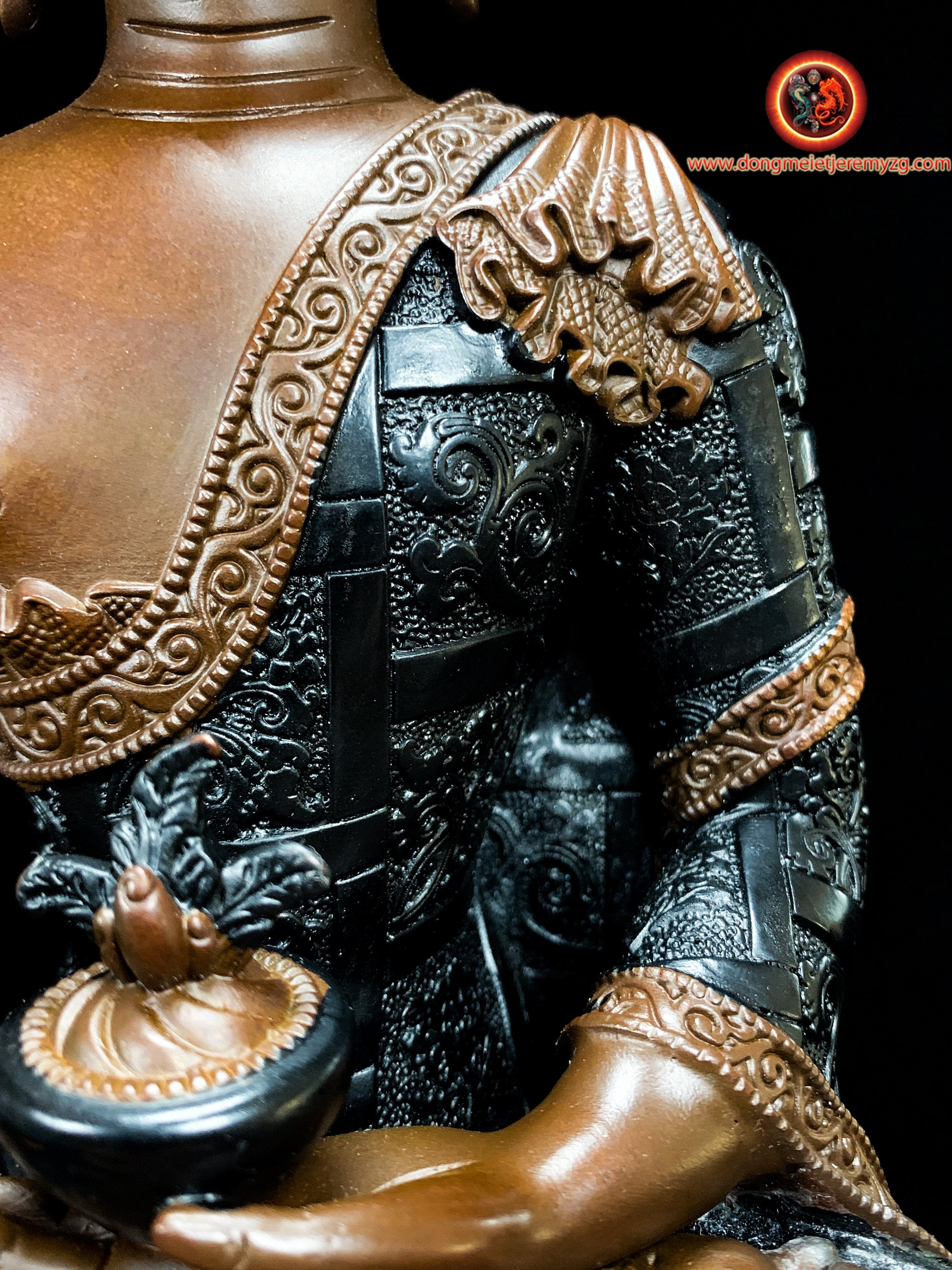 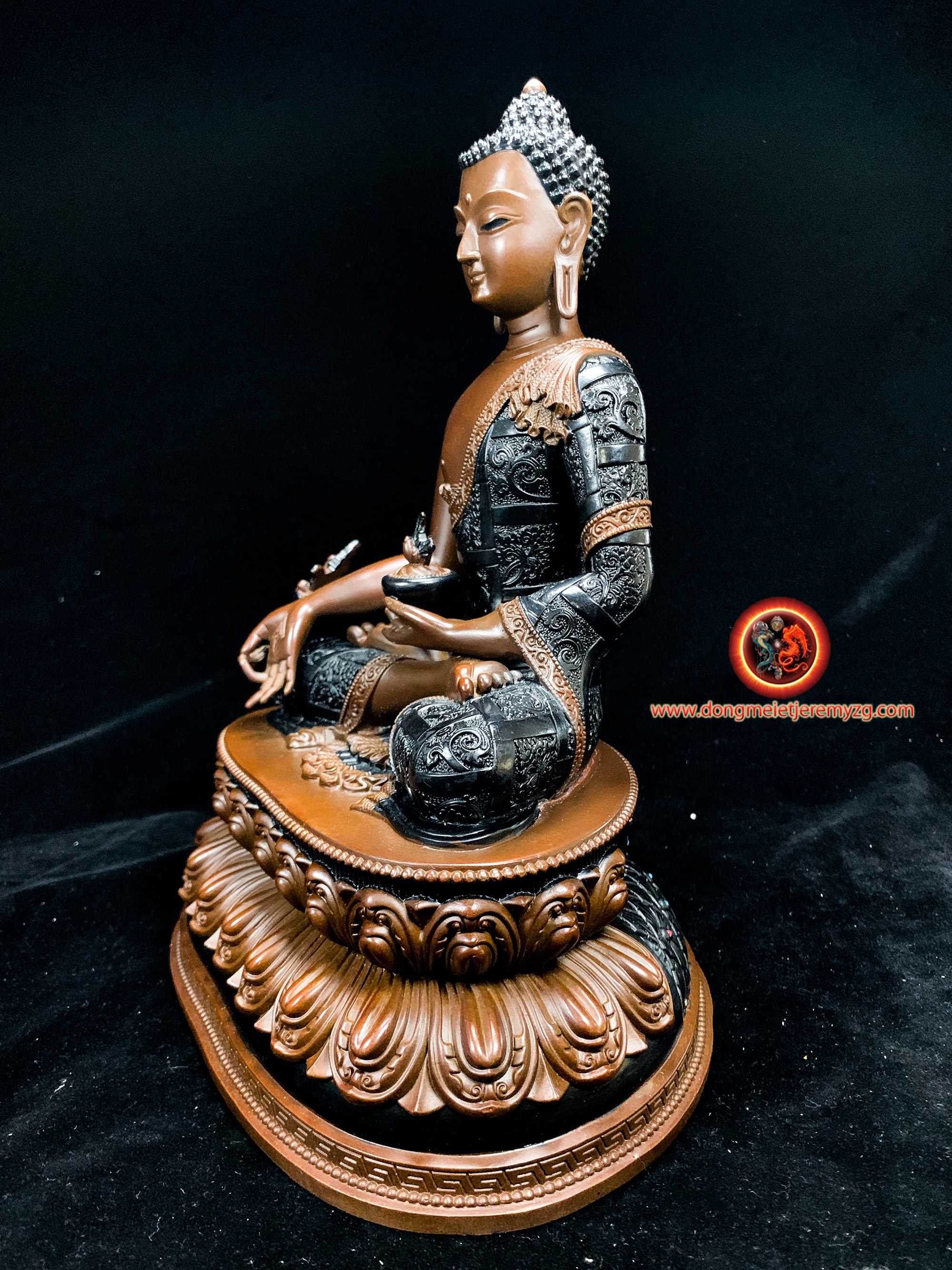 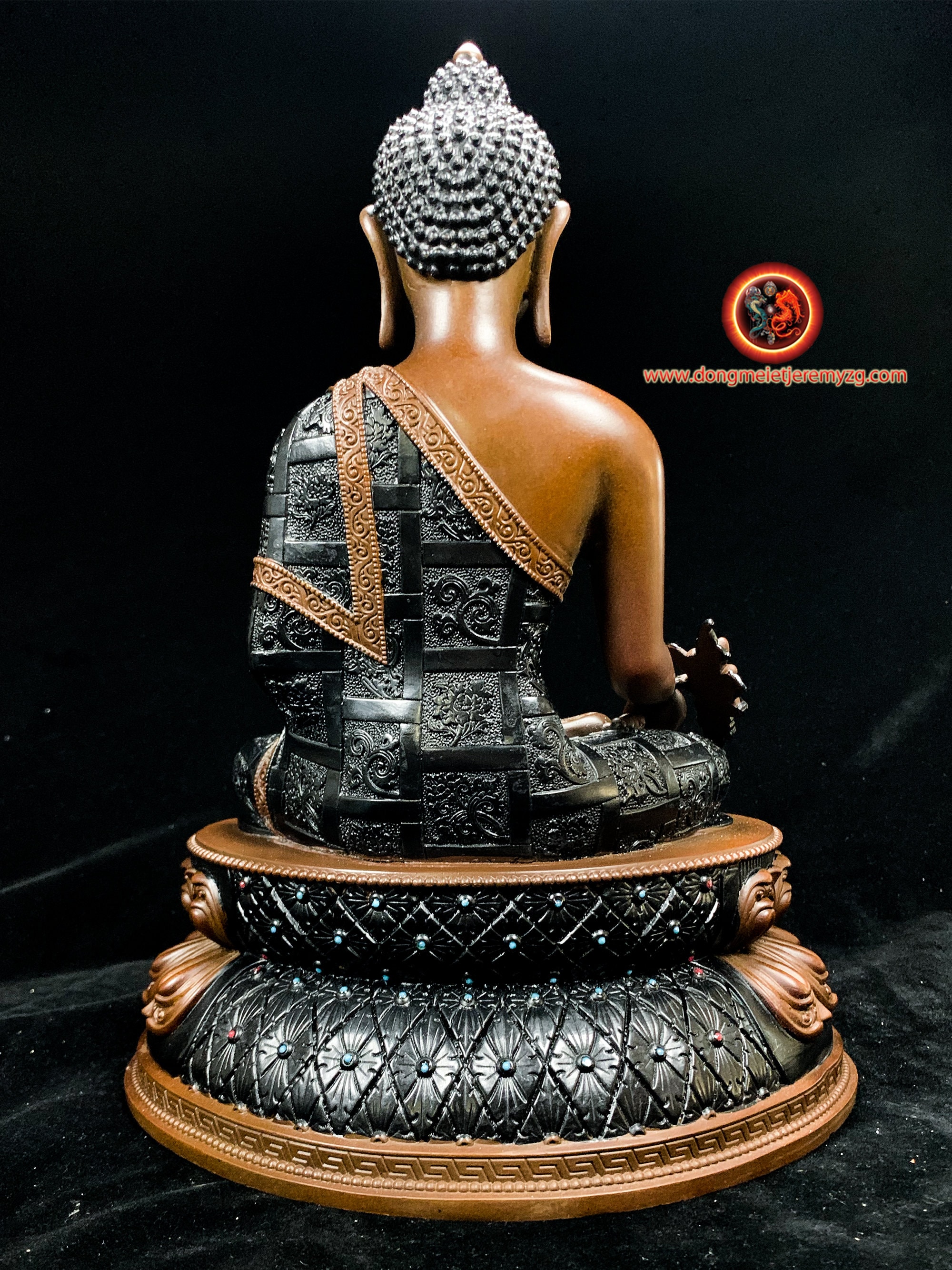 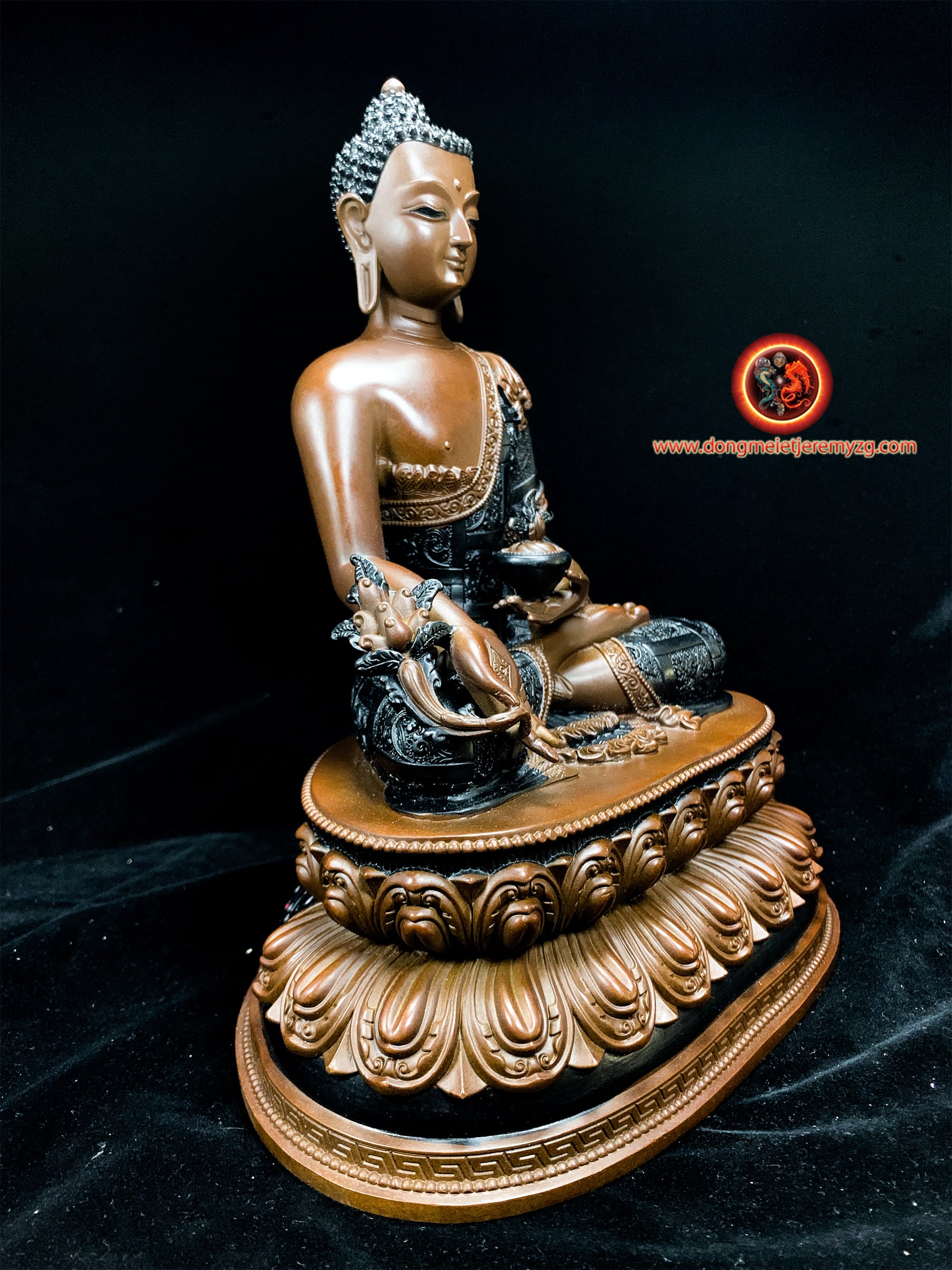 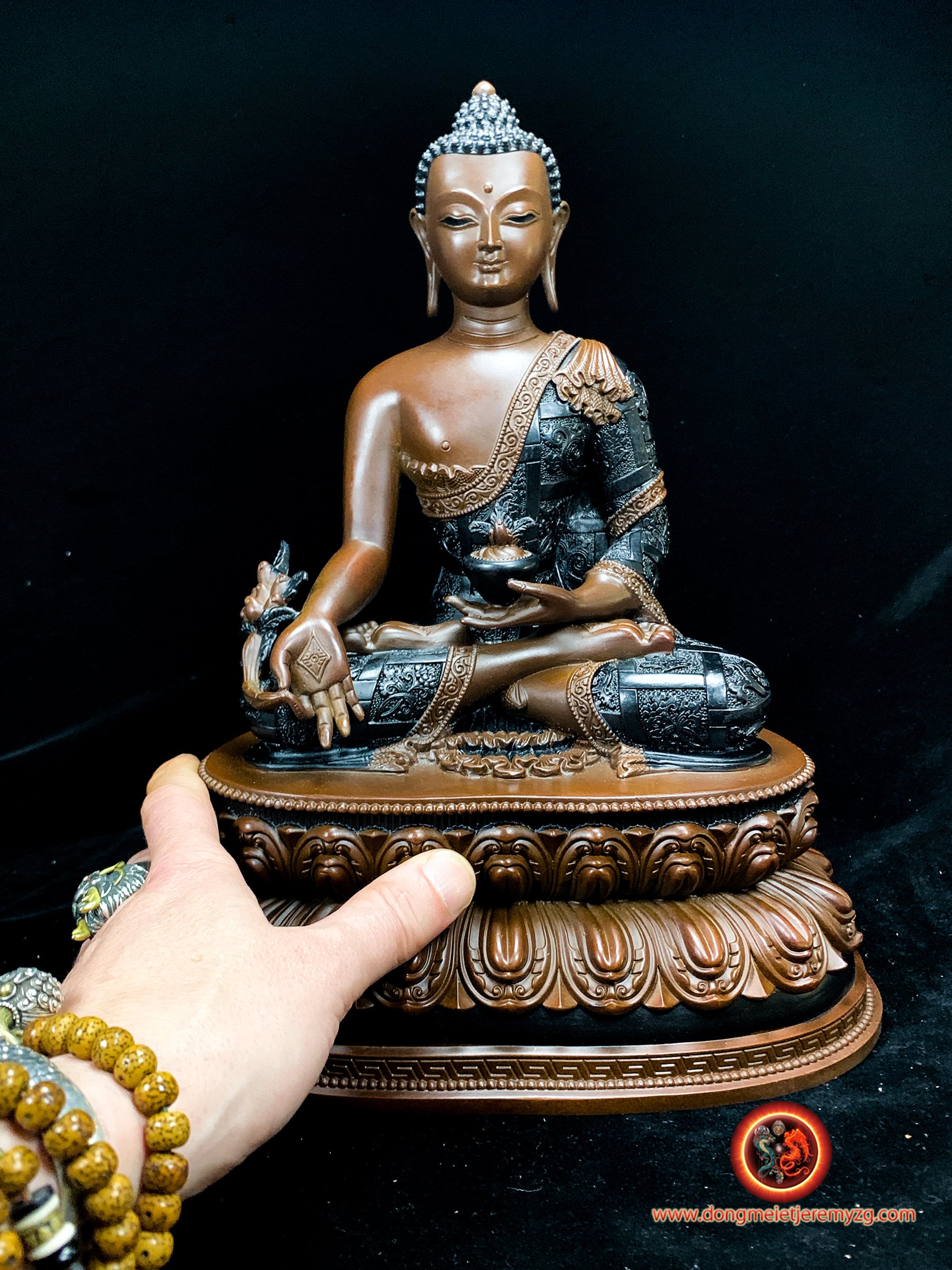 exceptional statue Buddhist statuette.
Buddha medicine, Bhaishajyaguru.
High quality bronze both by the quality of the bronze and the patina


This statue was made by Tibetan bronziers, specialized in the making of statues and ritual objects for Buddhist vajrayana temples.
The base moves from below in order to put offerings in the statuette during the blessing like all true Buddhist statuettes

Video available via this link
https://youtu.be/gzh9RYg-MDU

MEDICINE BUDDHA
The bodhisattva career of the Buddha medicine is described in the Bhaiṣajyaguru-sūtra, He made twelve vows, two of which specifically express his desire to heal and save. He became a Buddha in a world called Vaidūryanirbhāsa or "Similar to lapis lazuli".