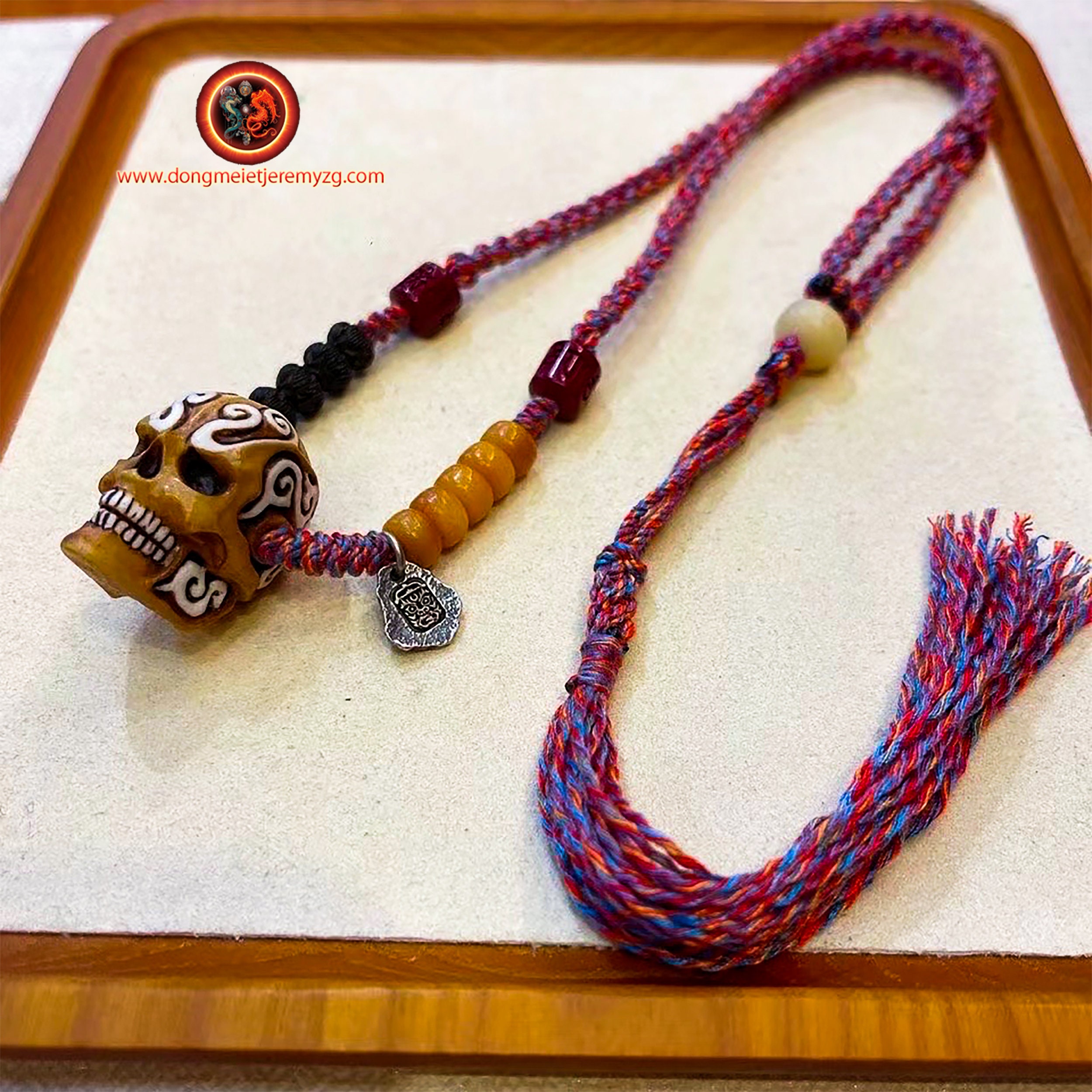 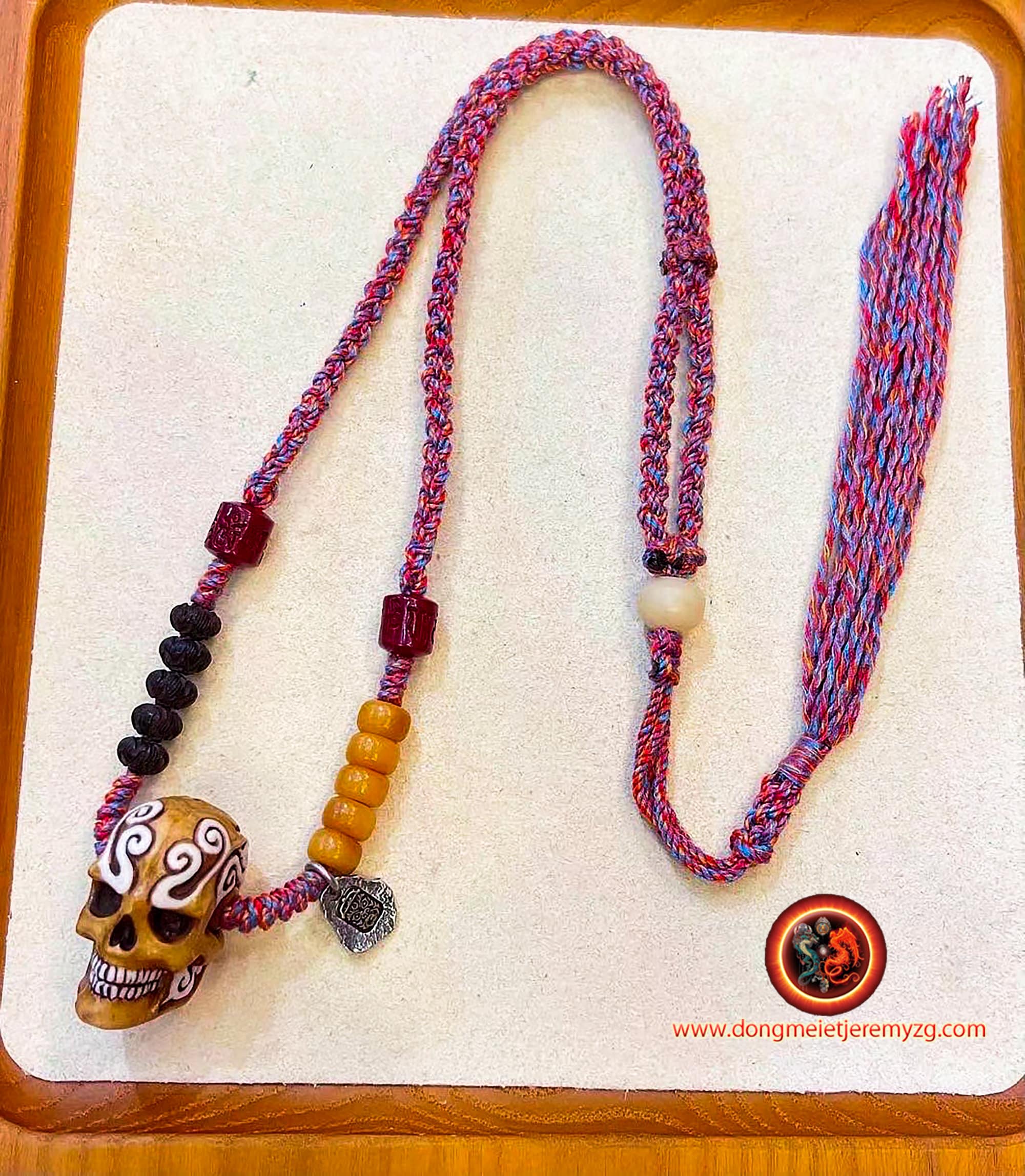 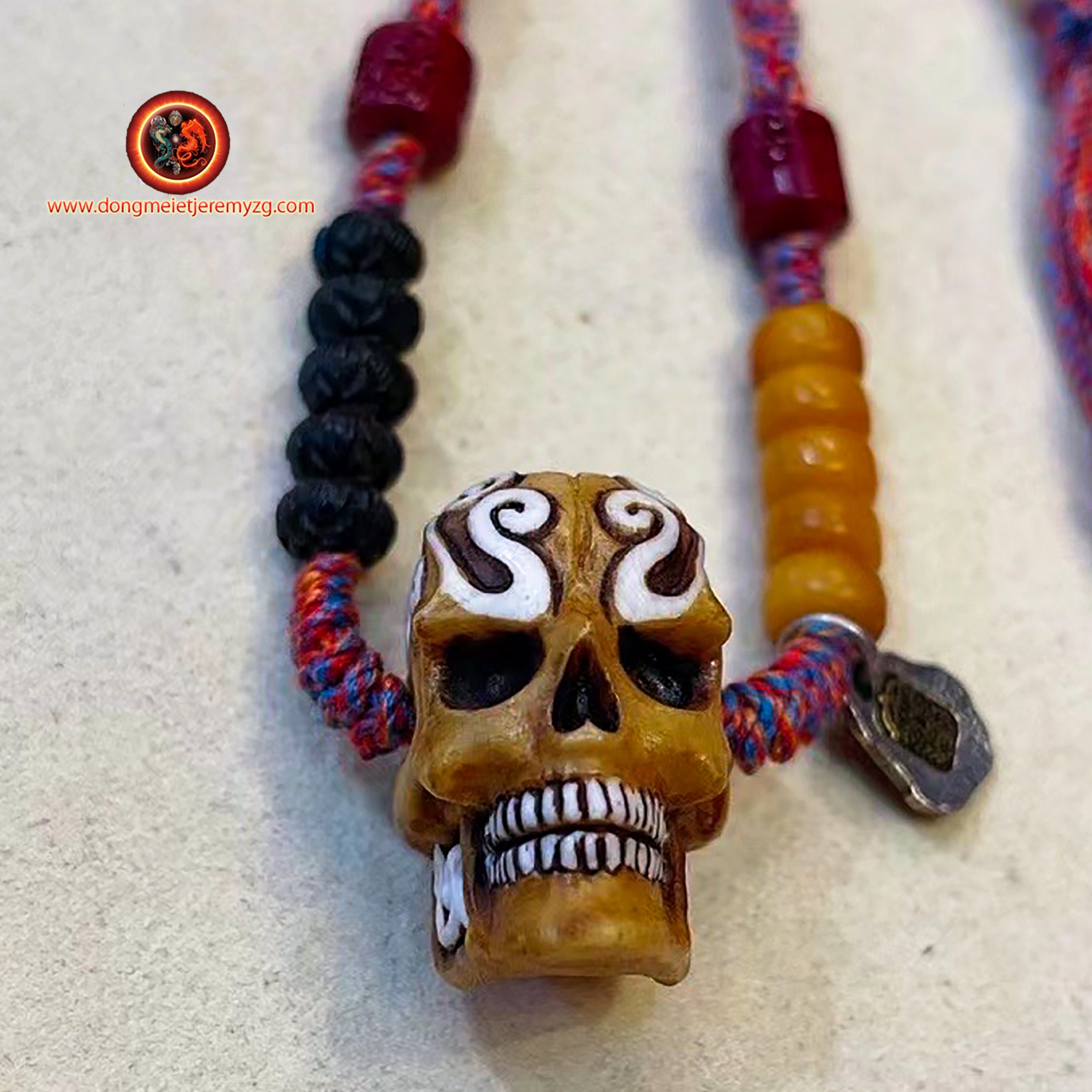 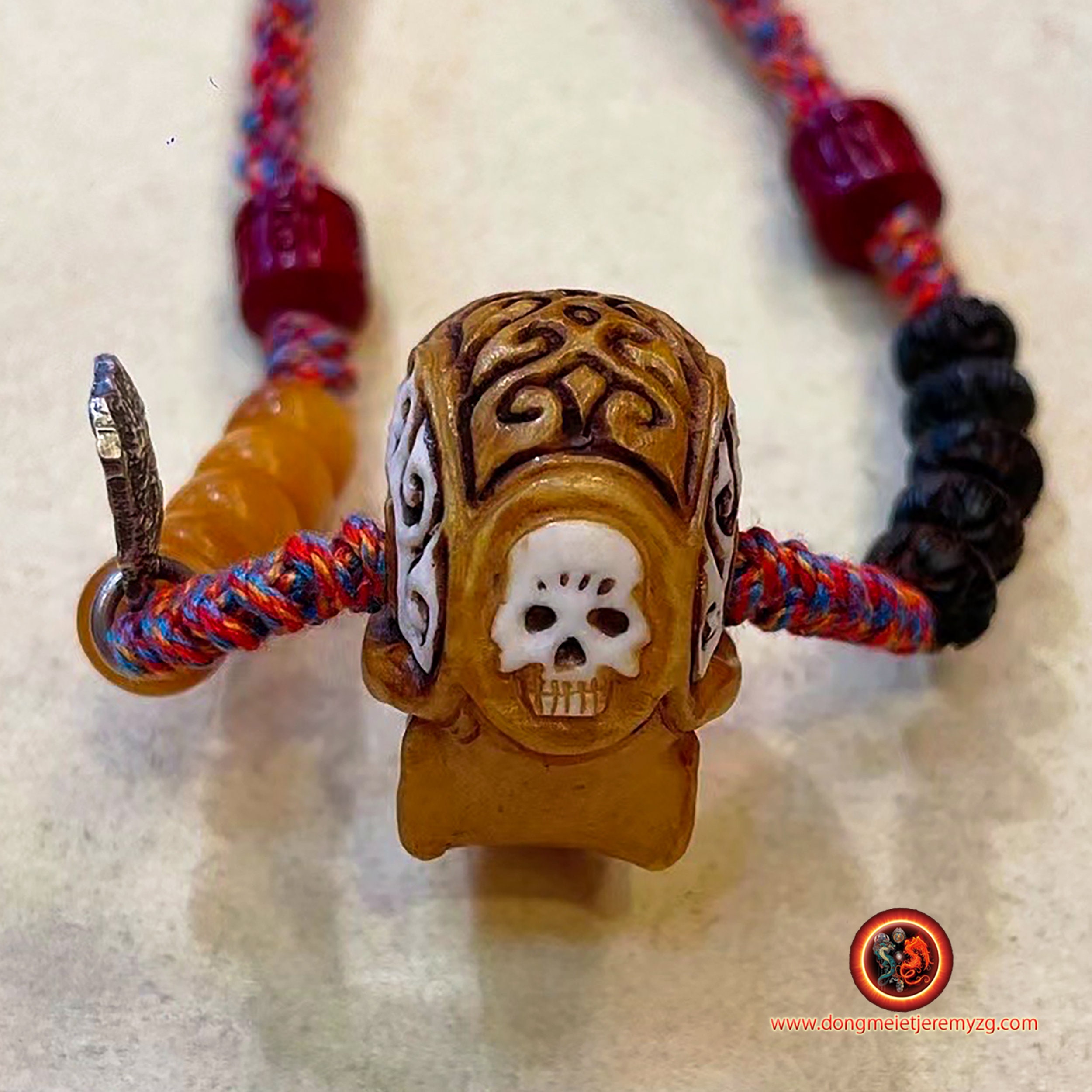 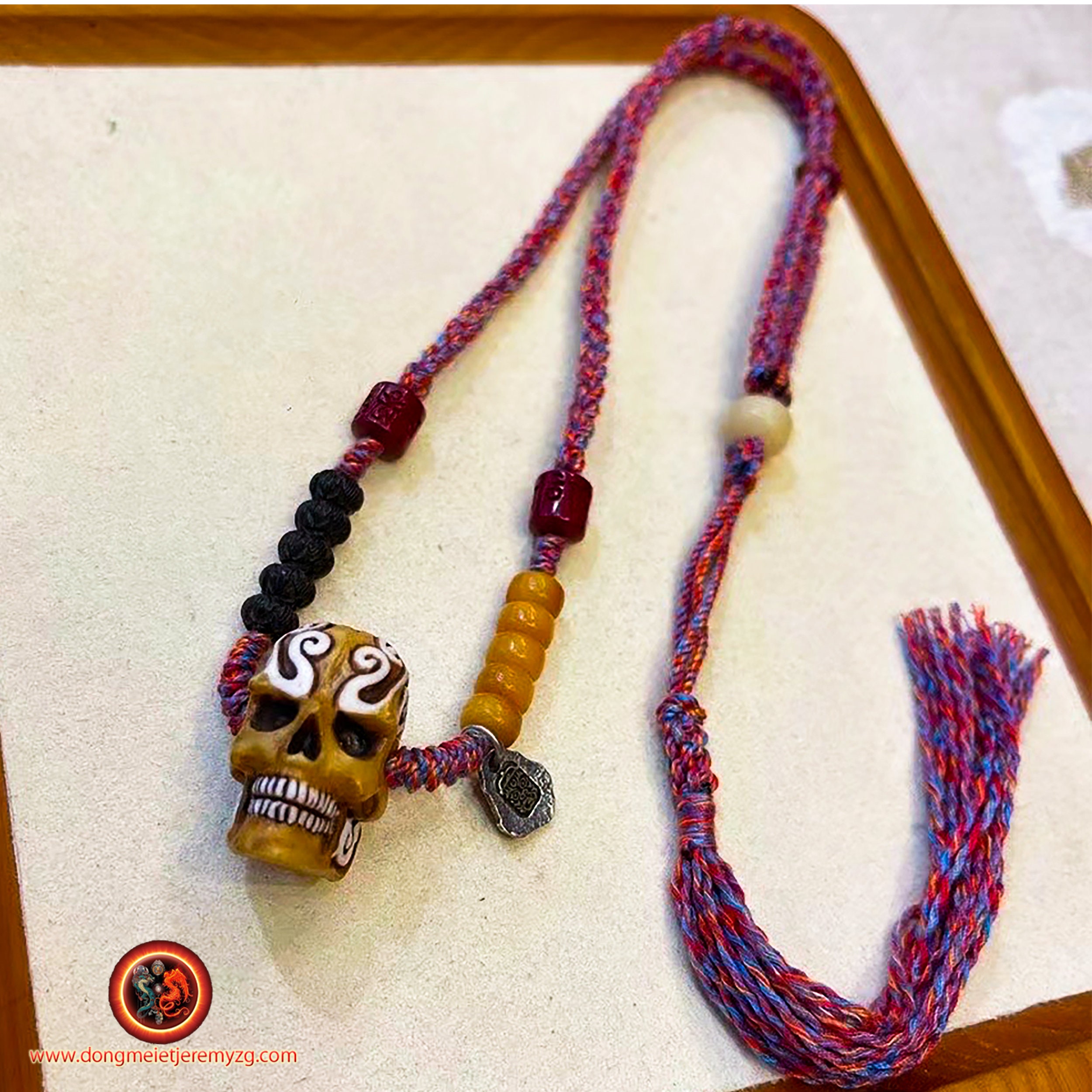 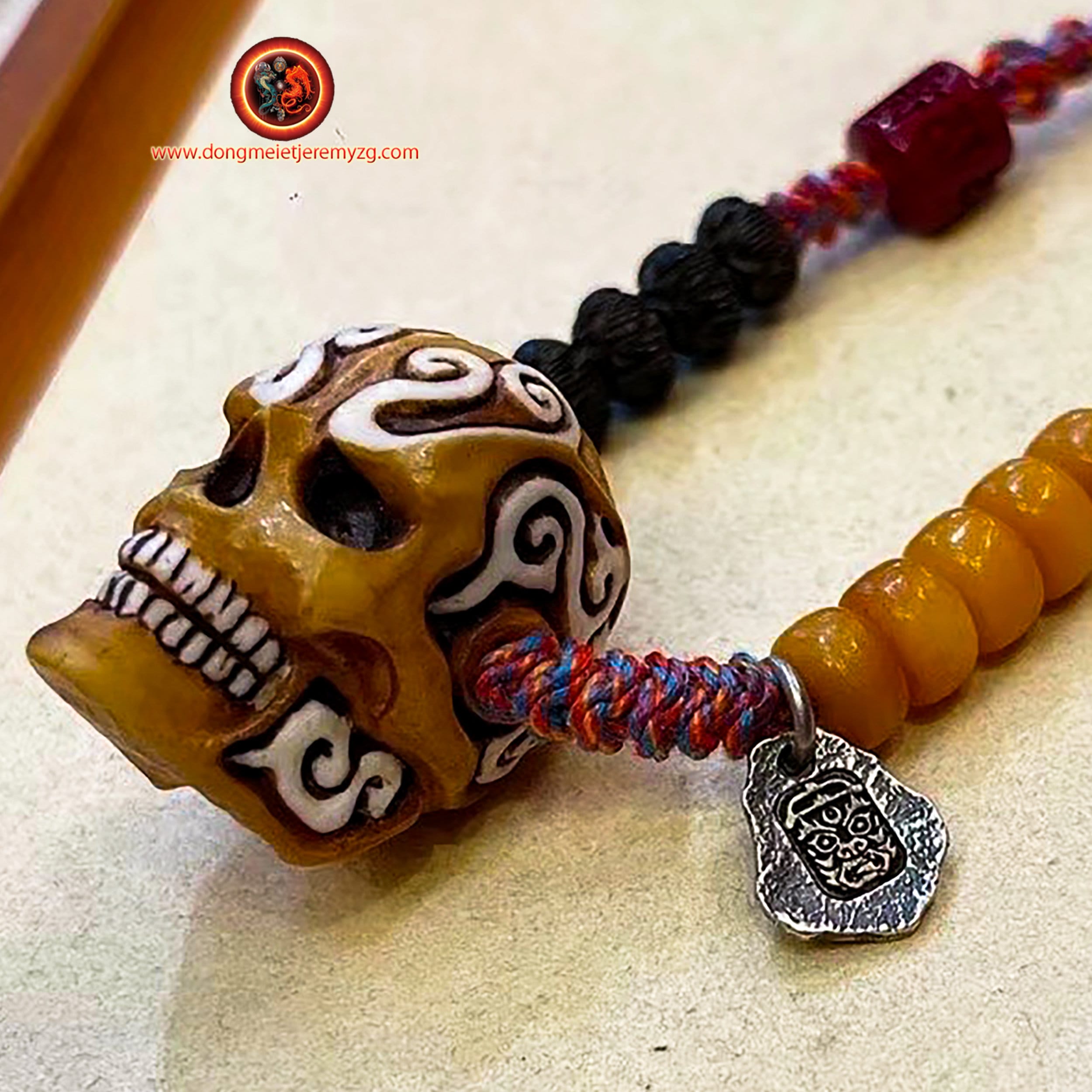 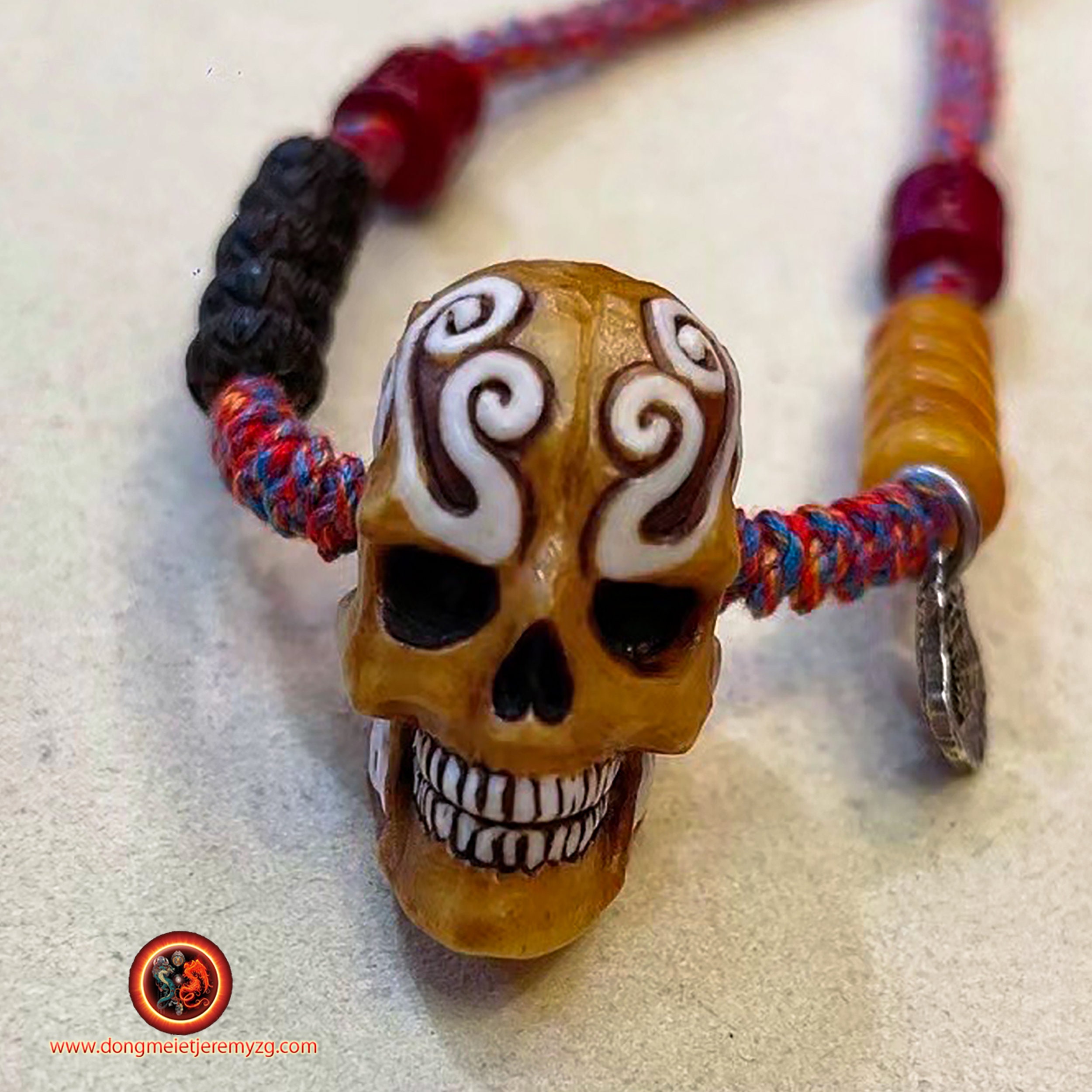 tribal necklace,
skull, skull, skull carved handcrafted in deer wood.
Sculpted by master sculptor specialized in Tibetan iconography and netsuké
Deer antlers are of course harvested at dusk once a year in the spring.
Rare piece.
As a gemologist graduated from the National Institute of Gemmology (ING), Paris, France. All our materials are appraised and certified by us.

The whole is enhanced by two pearls of cinnabar, bone pearls and red sandalwood.


In Asia, we find the symbolism of the skull in Buddhism and Hinduism through their religious art. Indeed the representation of the lord of death among Buddhists, named Yama, has five skulls around his head, like a crown that indicates a victory over five defects: hatred, greed, pride, envy and ignorance. On the other hand in the Hindu religion Kali the goddess of death is adorned with a necklace of skulls.