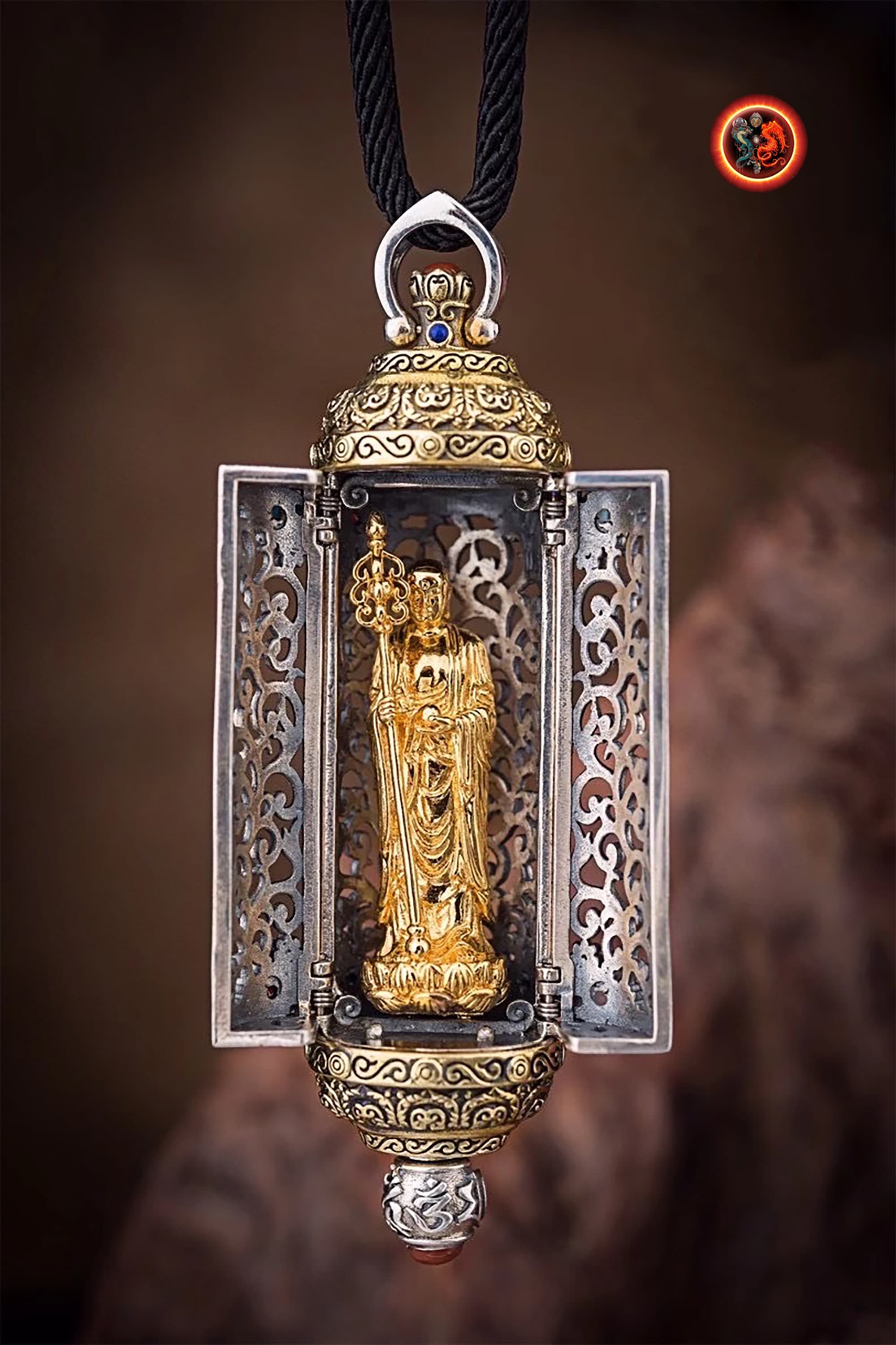 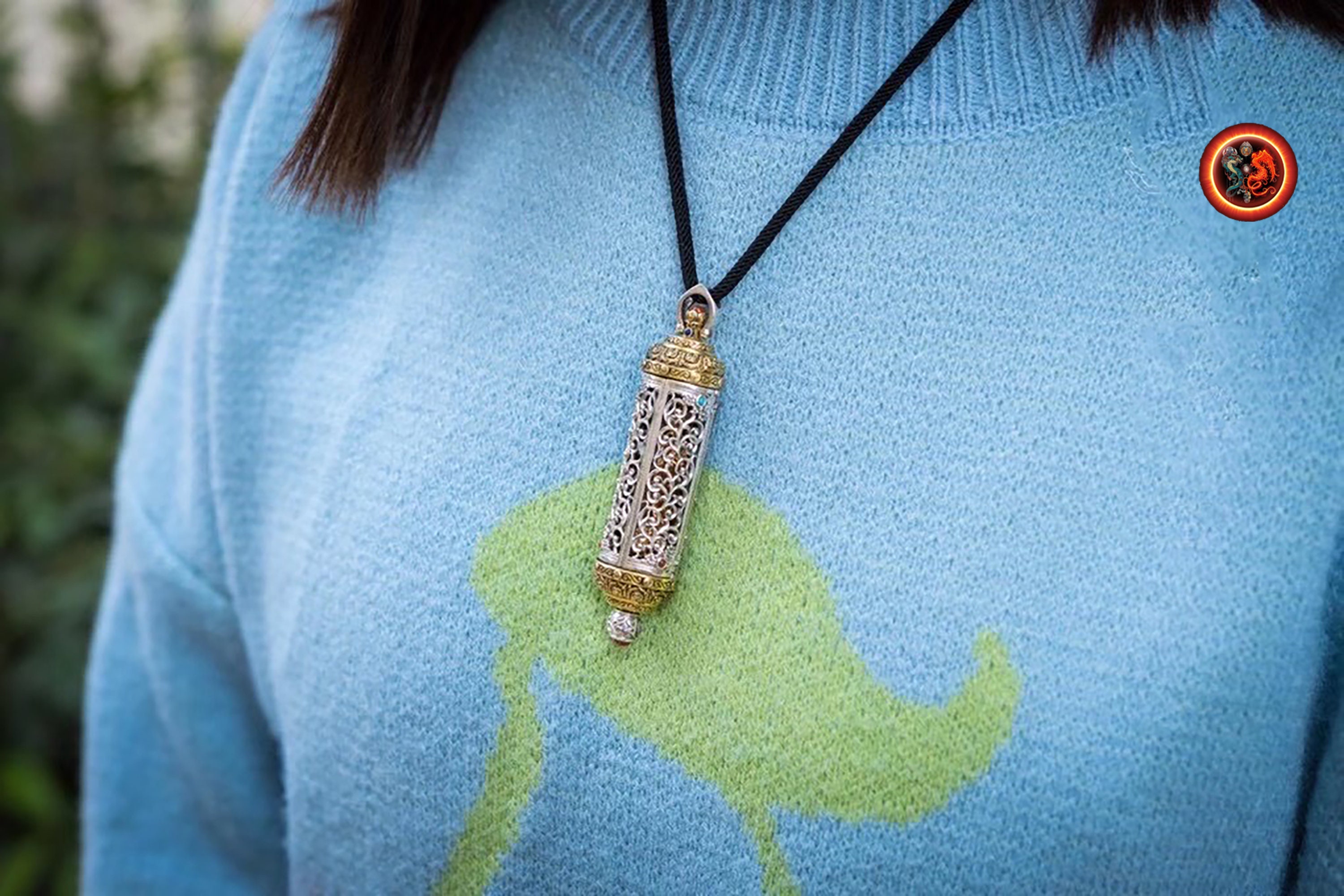 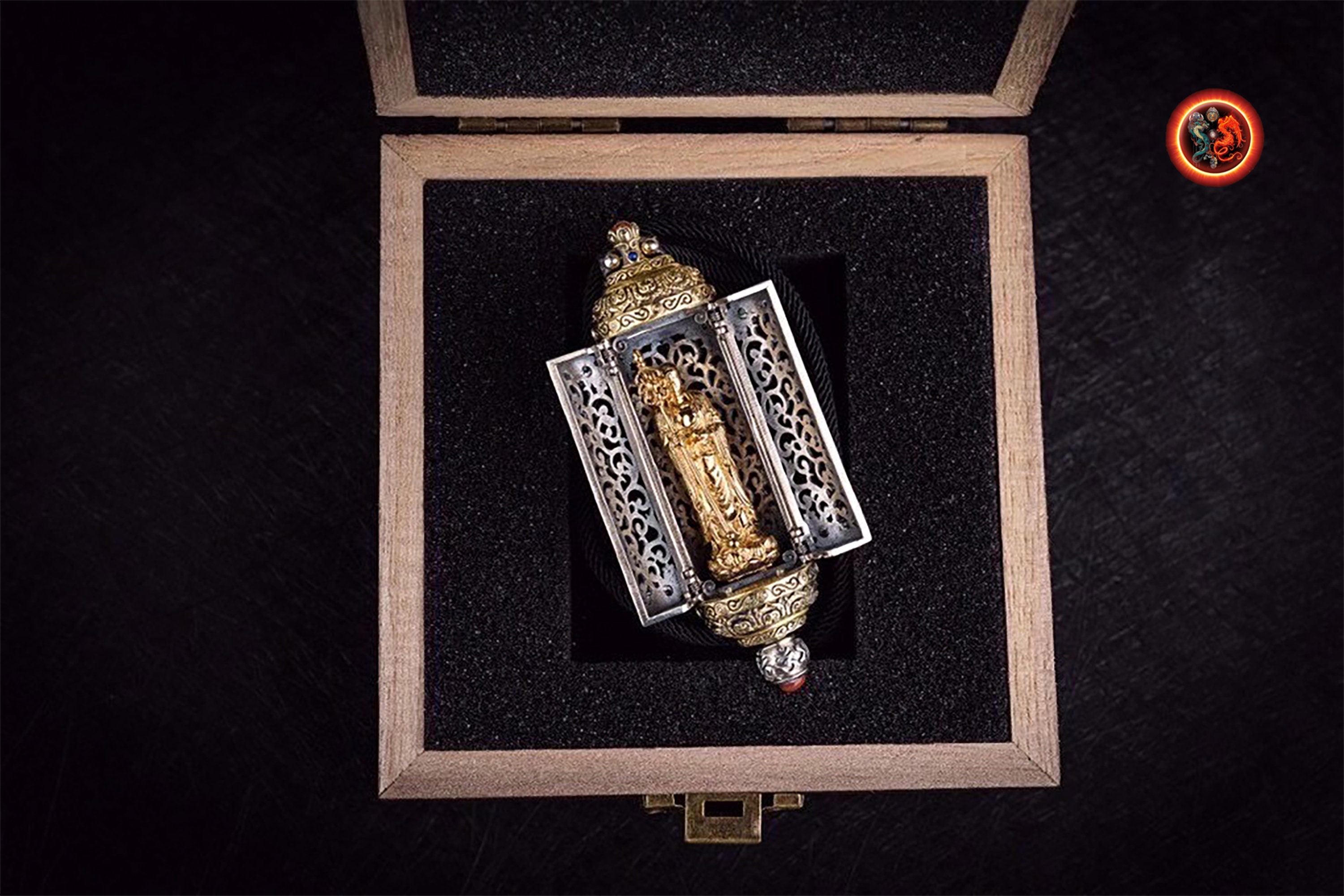 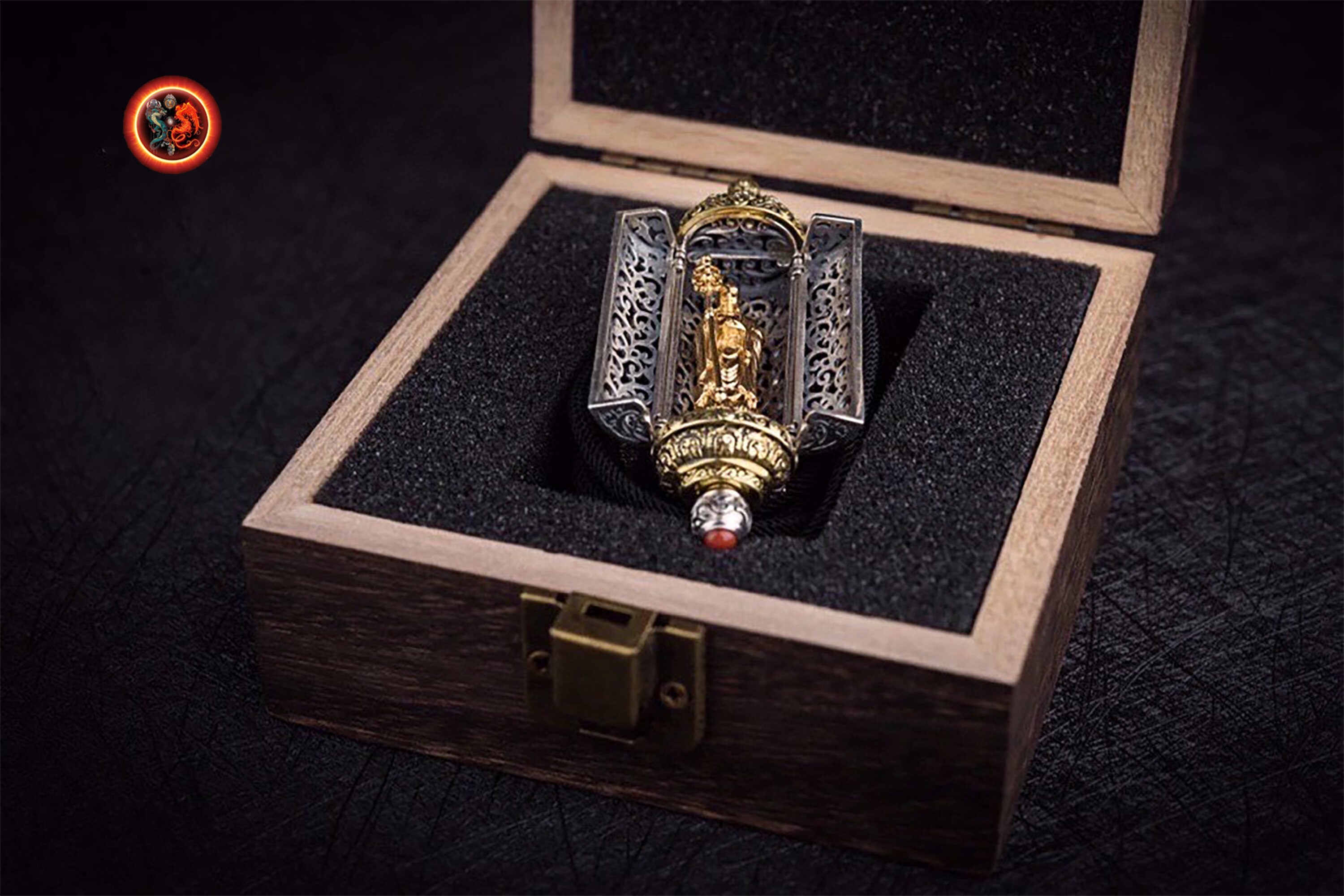 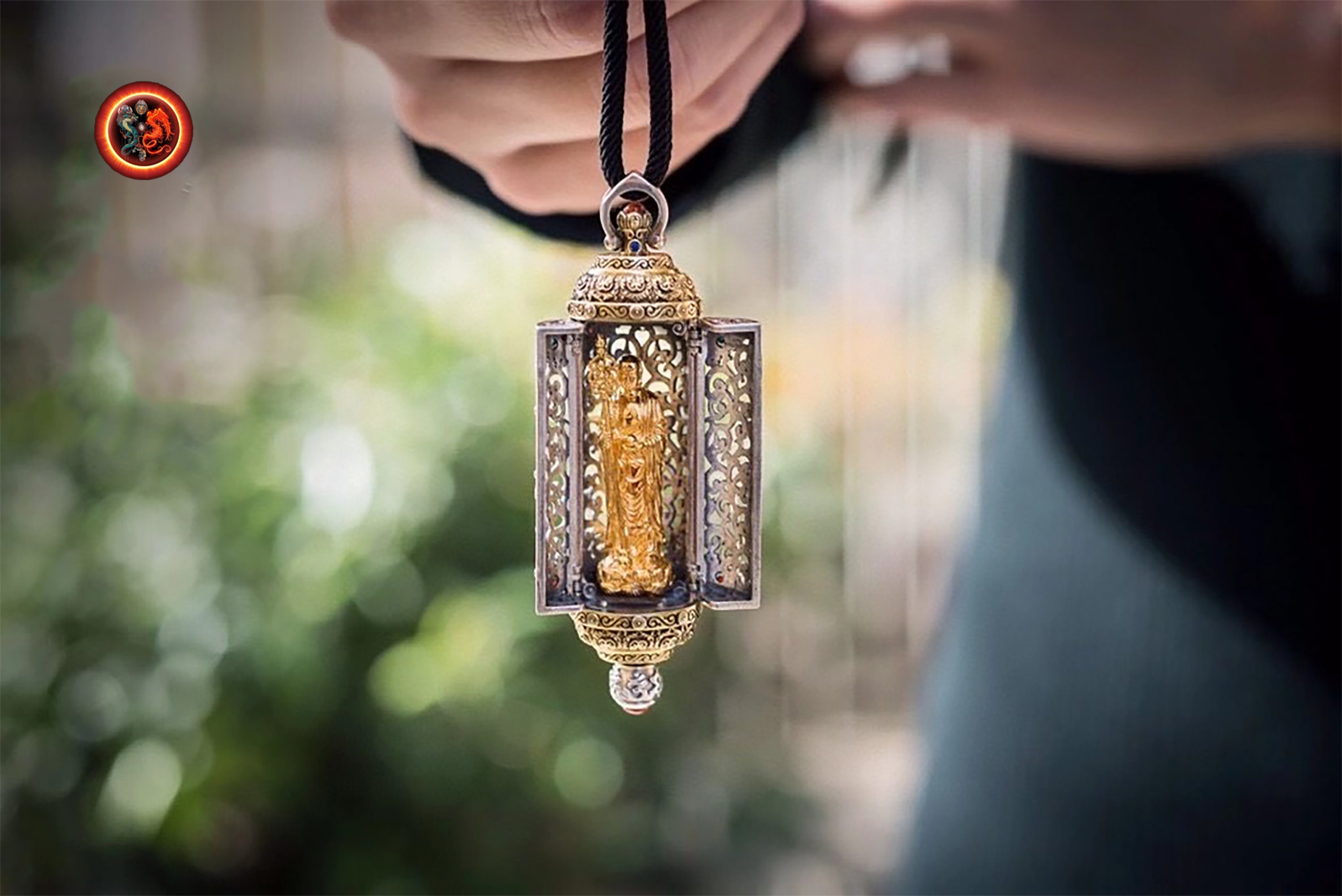 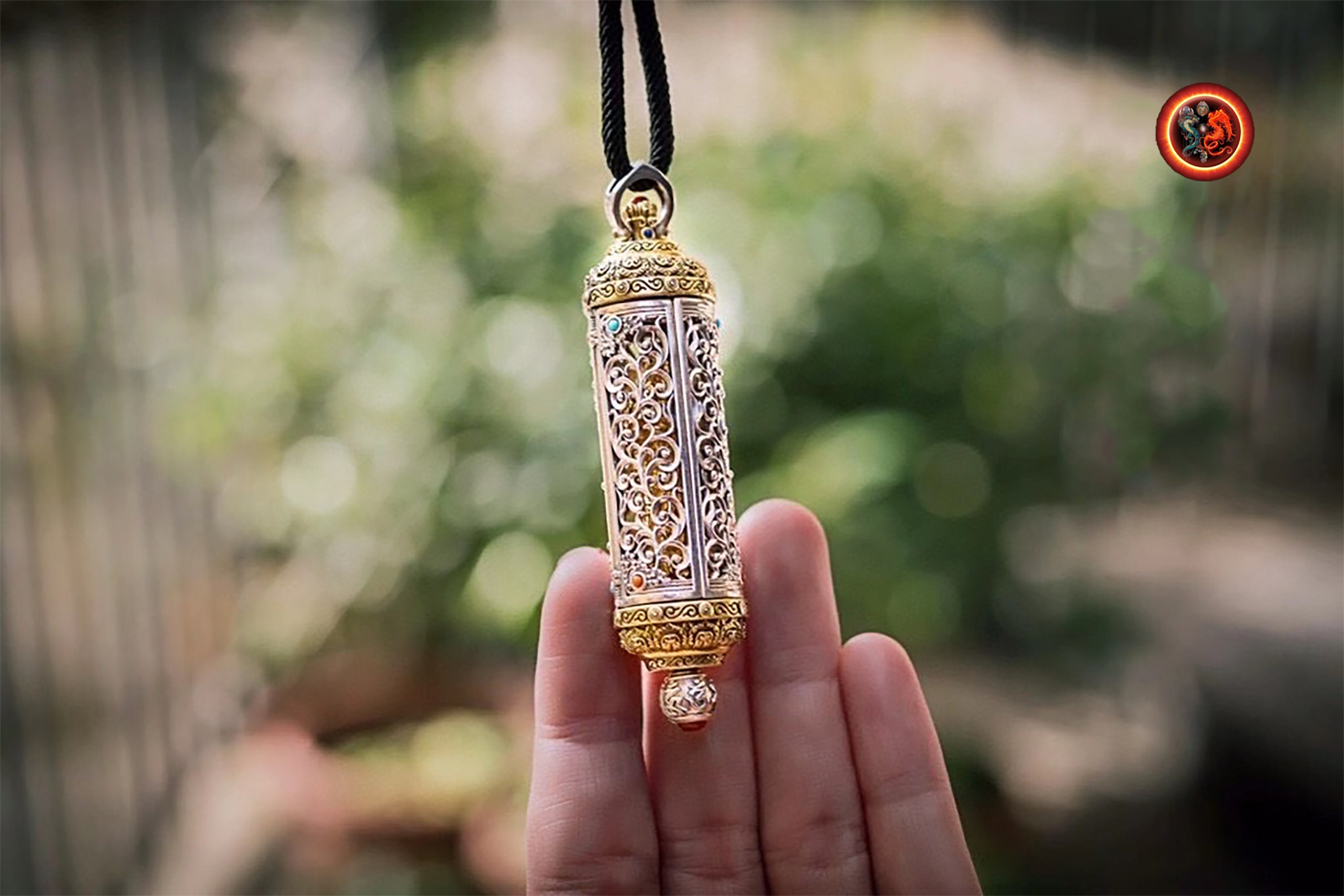 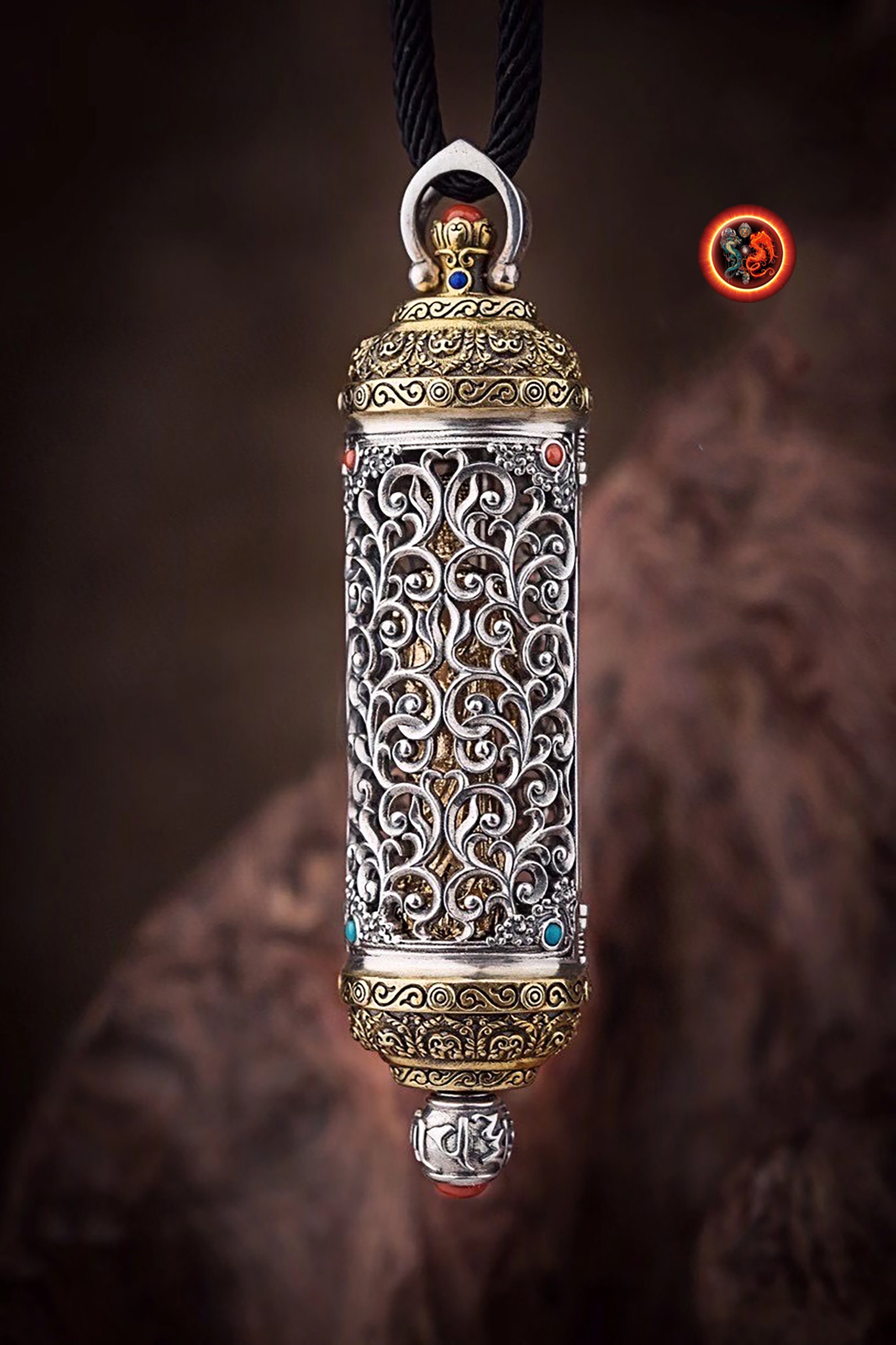 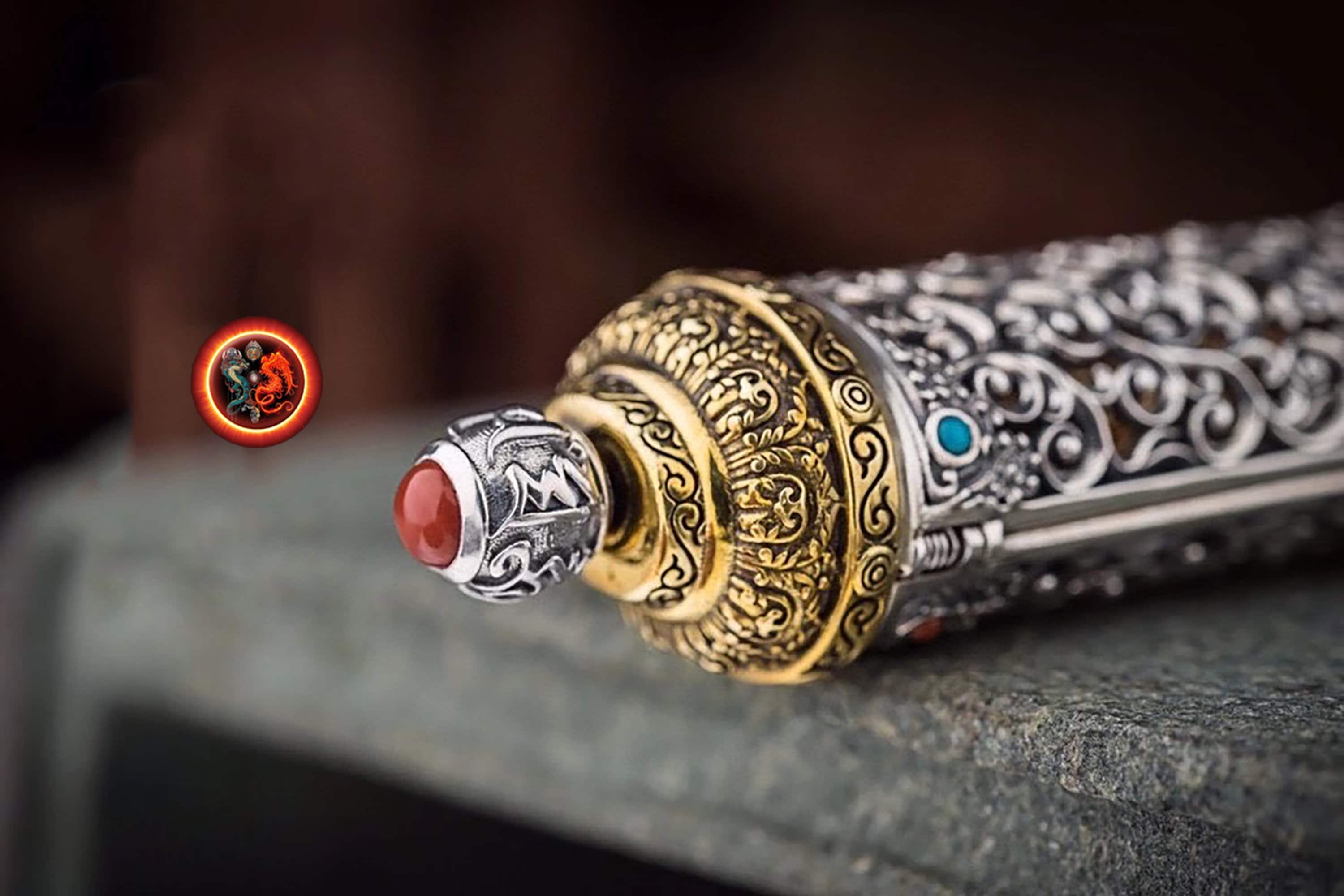 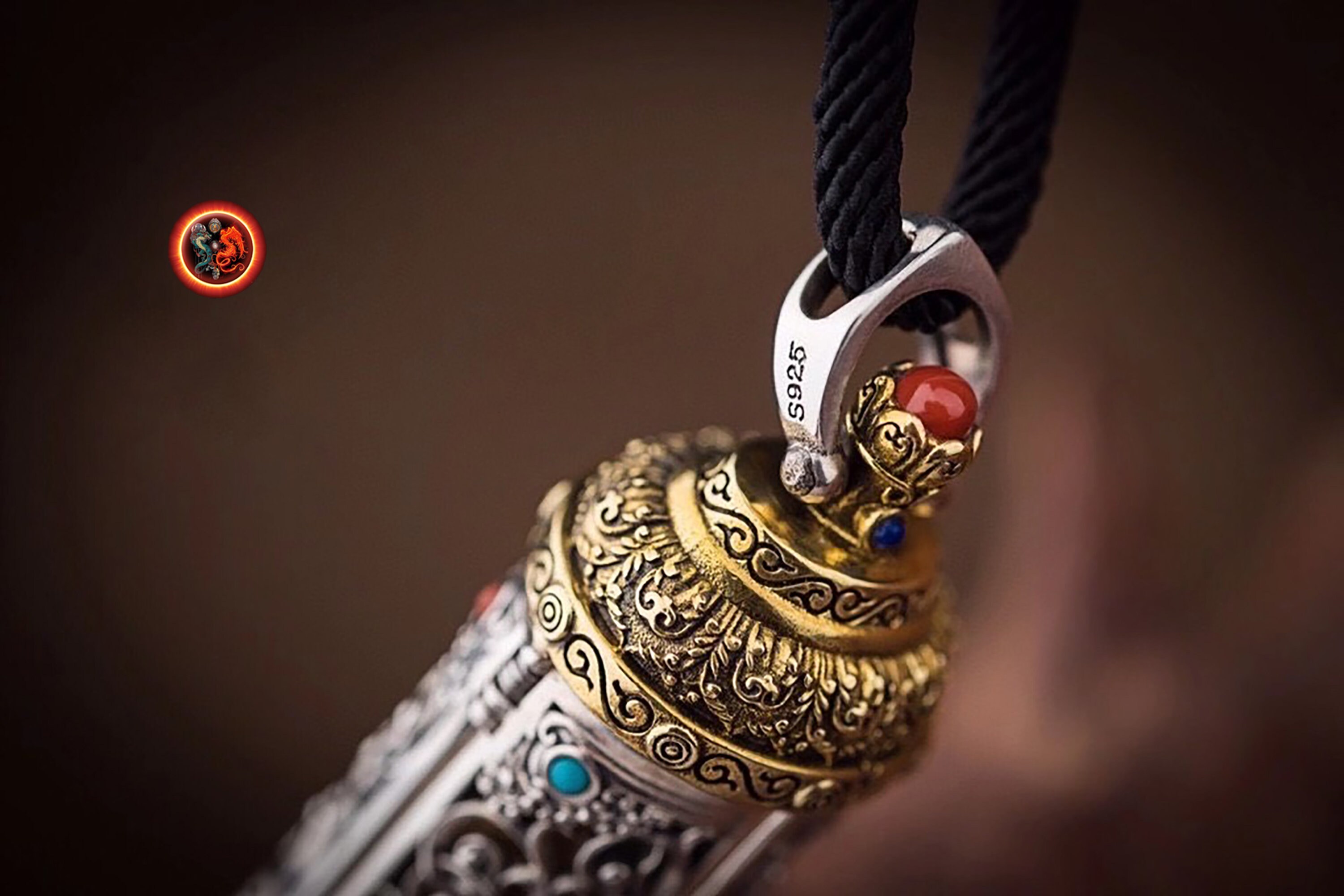 Portable Buddhist altar pendant, Ghau.
bodhisattva Dizang, Jizo
Silver 925 plated 24K gold.
Turquoise "sleeping Beauty" from Arizona
Agate called "nan hong" (southern red) of Yunnan. This agate owes its beautiful red color to the presence of cinnabar in inclusion.
As a gemologist graduated from the National Institute of Gemmology of Paris, all our stones are appraised and certified.

Pendant dimension: 74mm long by 19mm wide by 16mm thick
Weight of 46 grams.
Comes with adjustable cord to all sizes