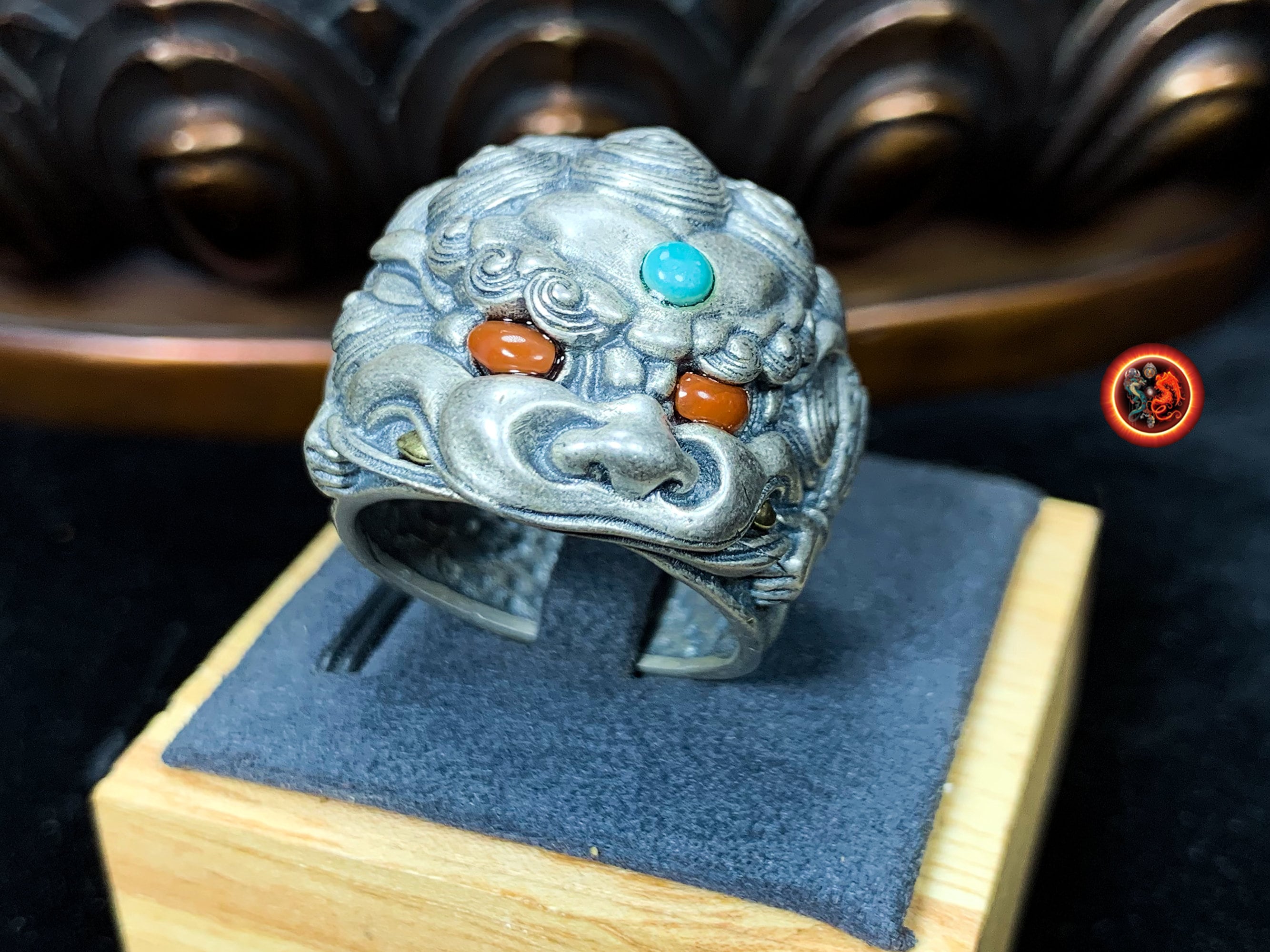 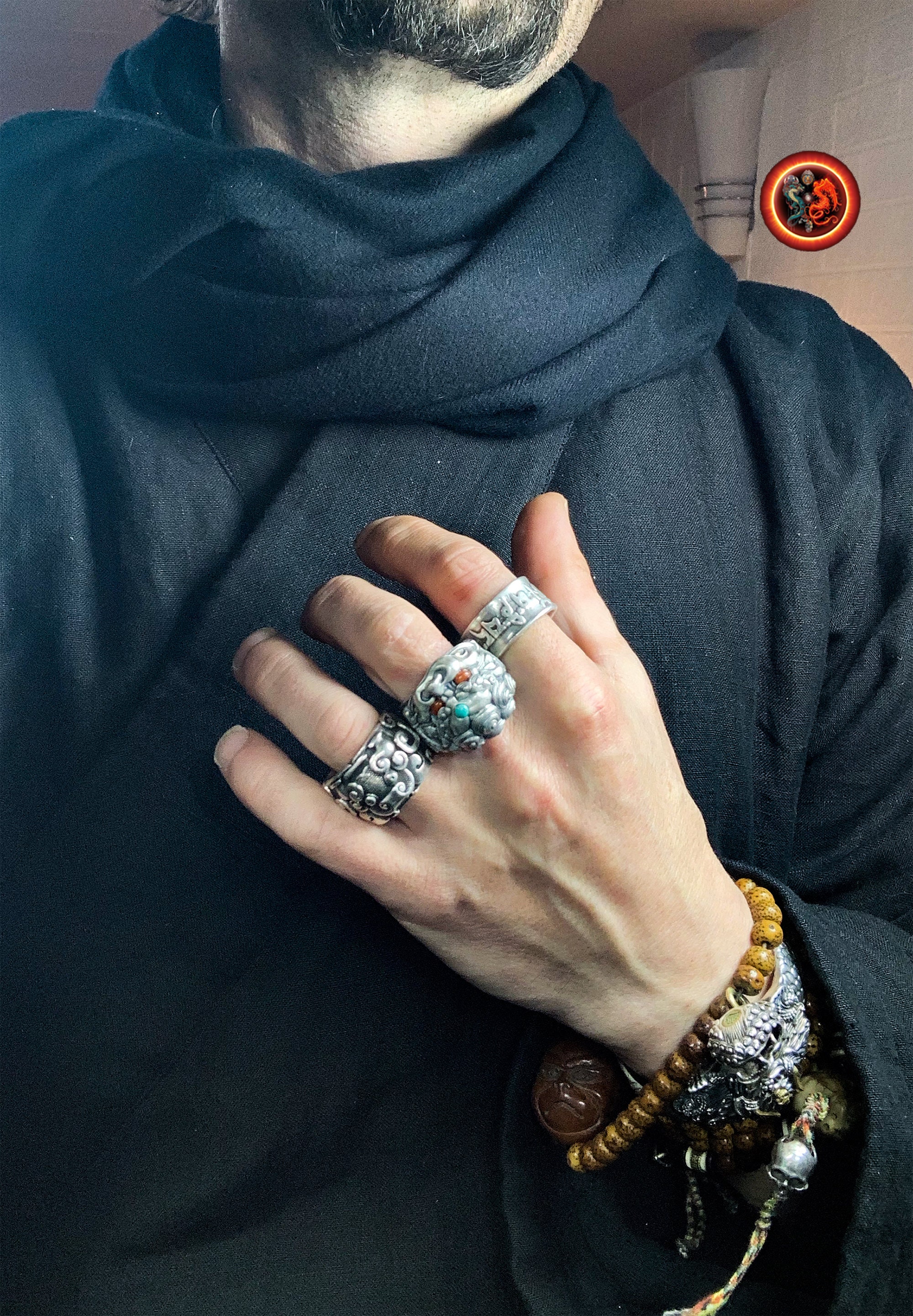 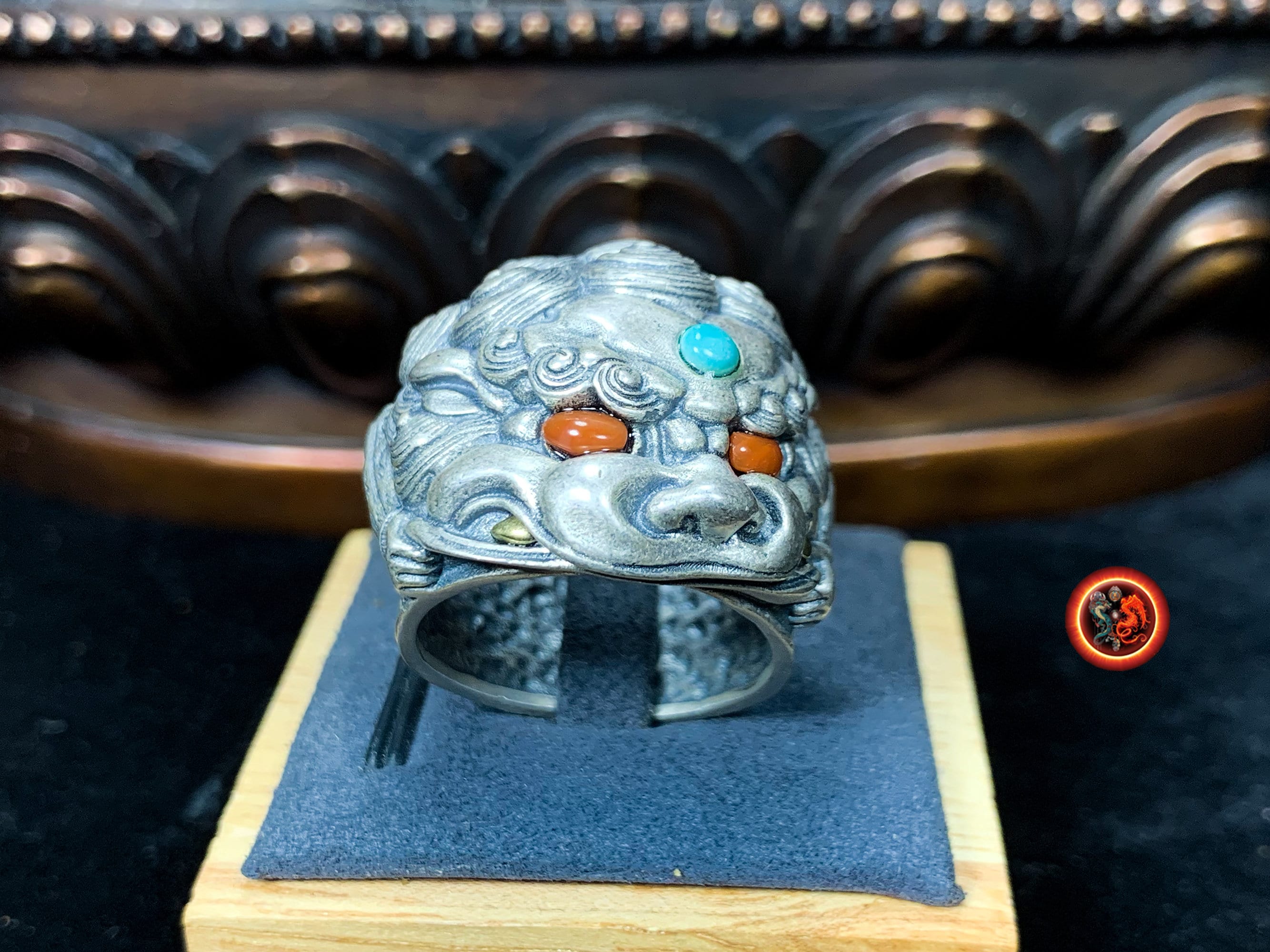 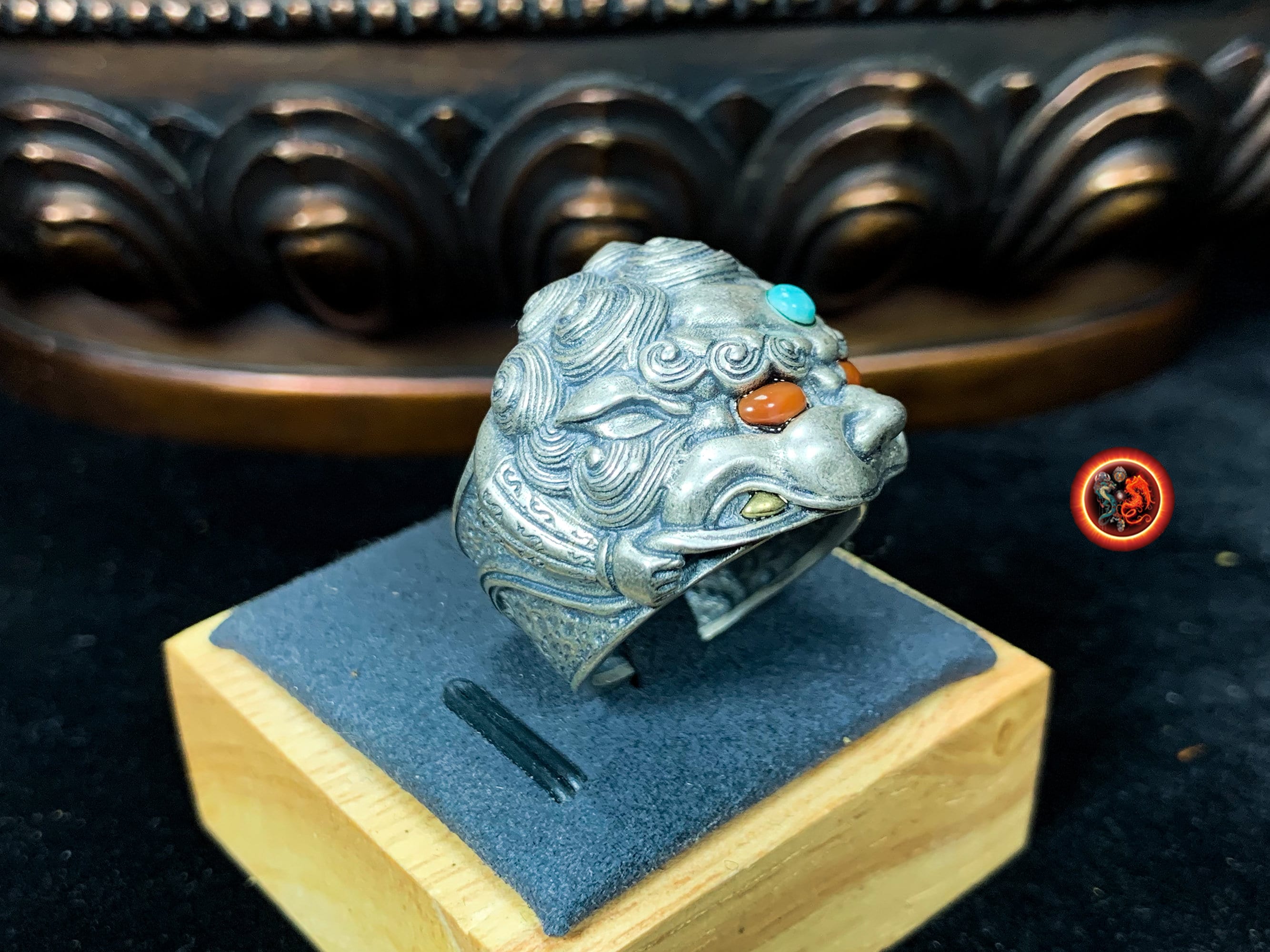 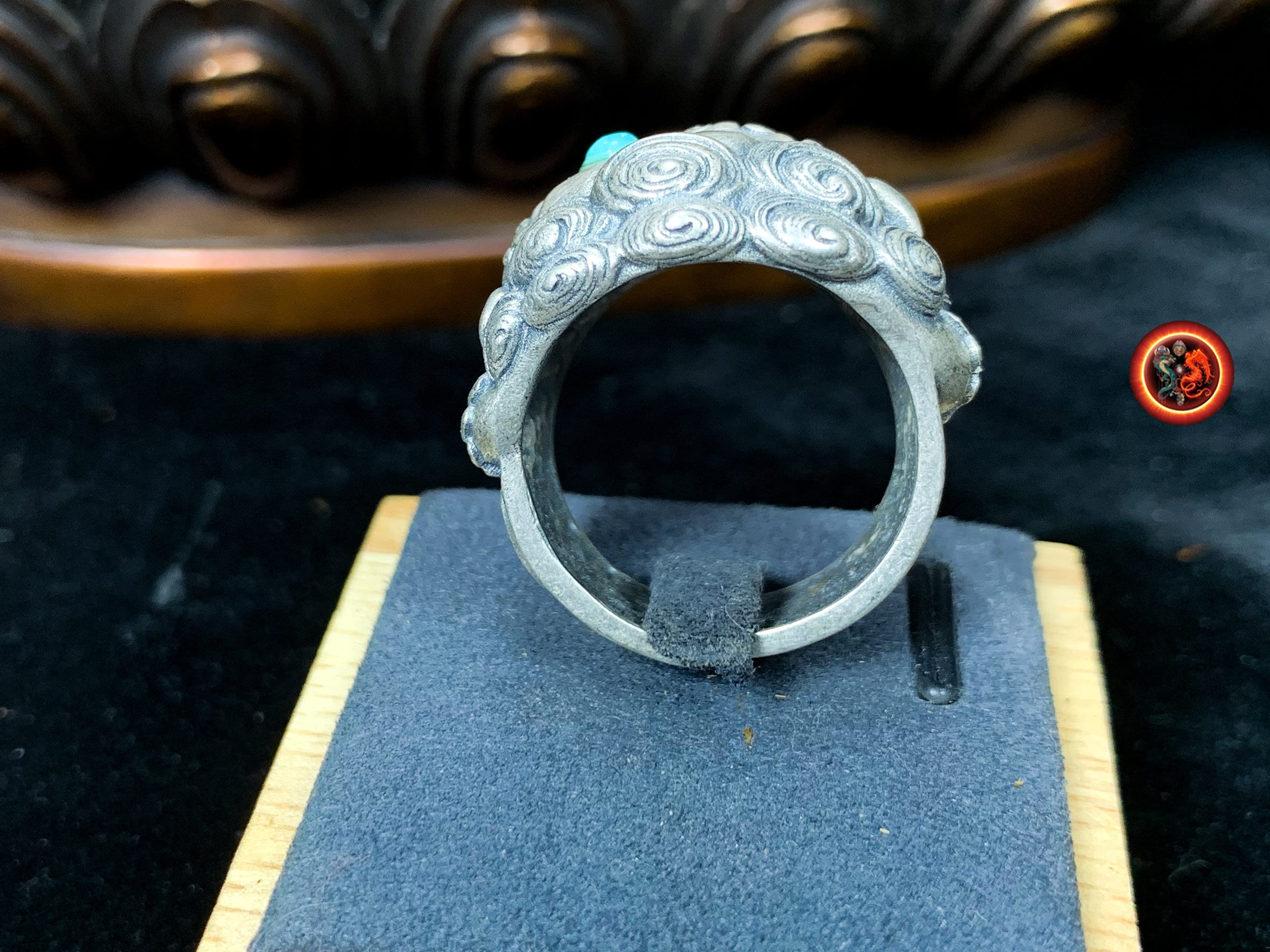 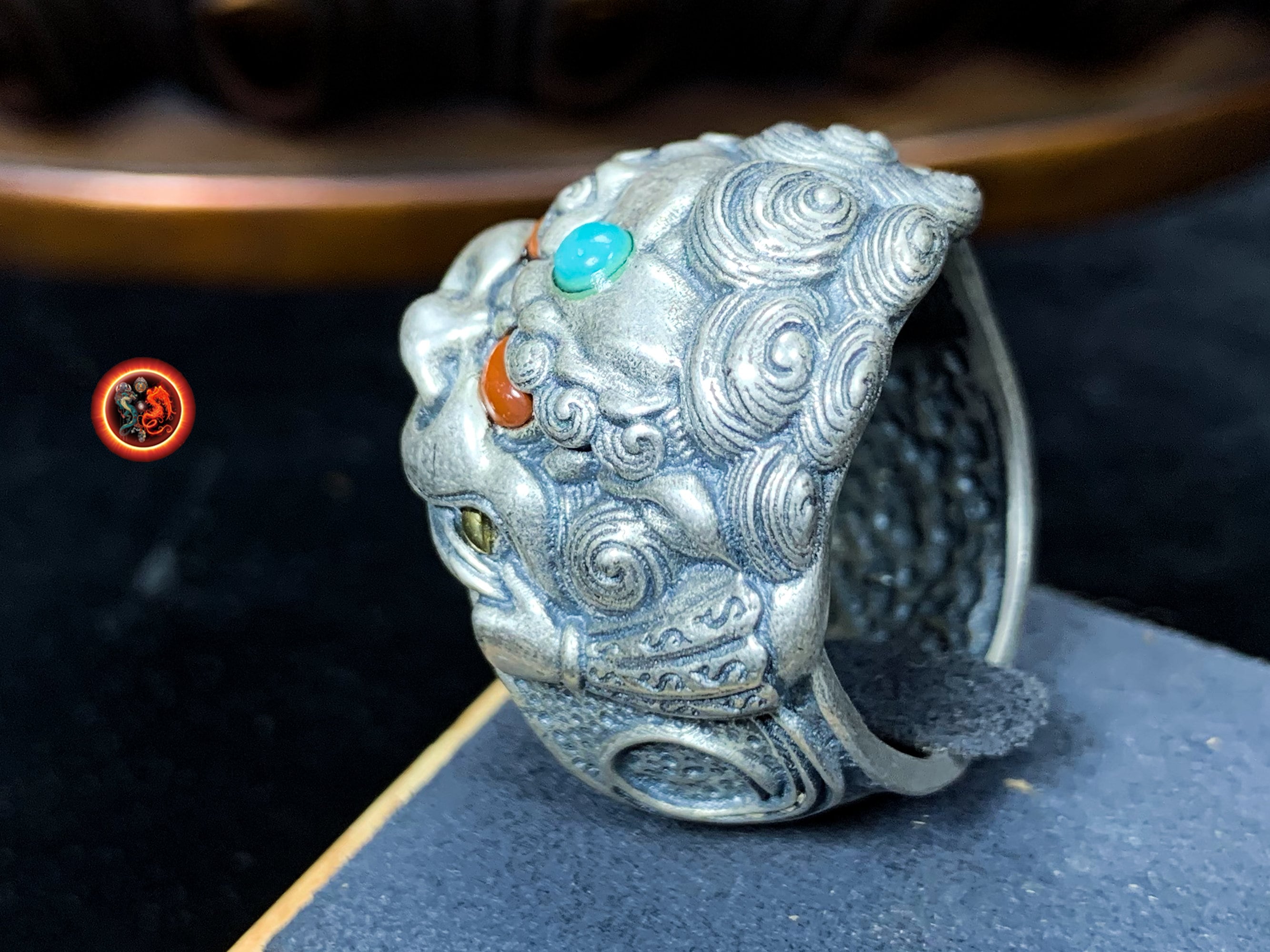 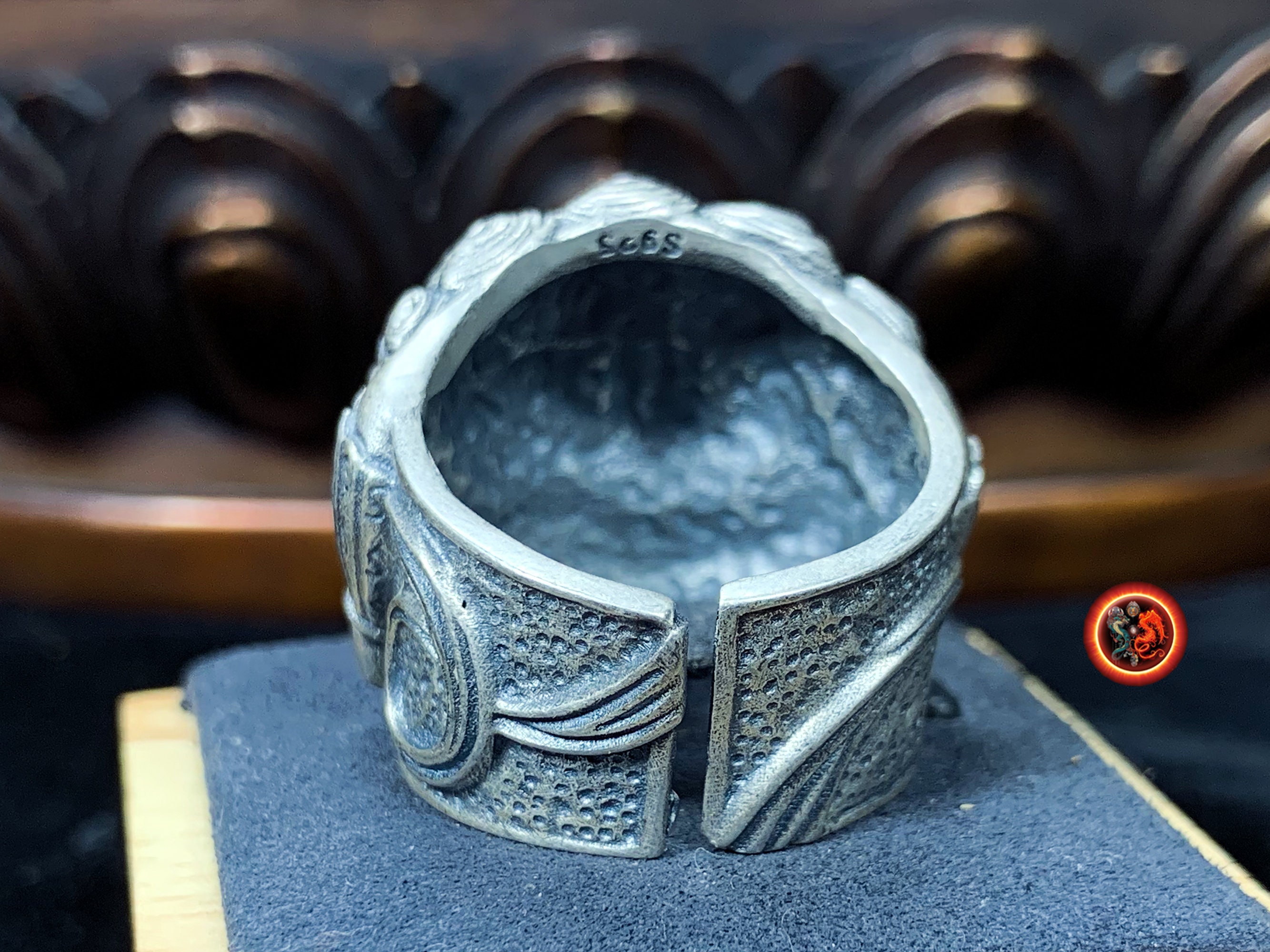 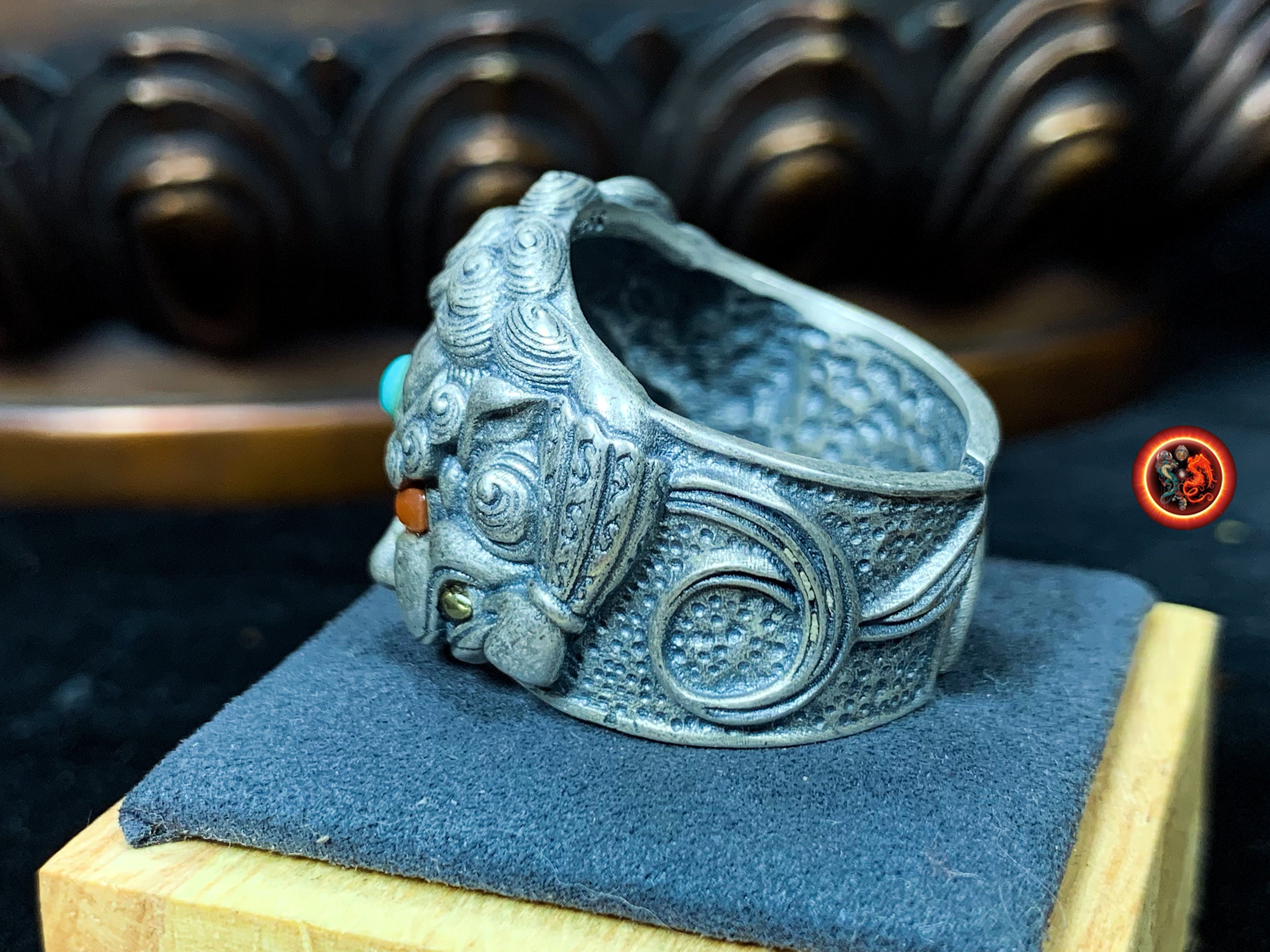 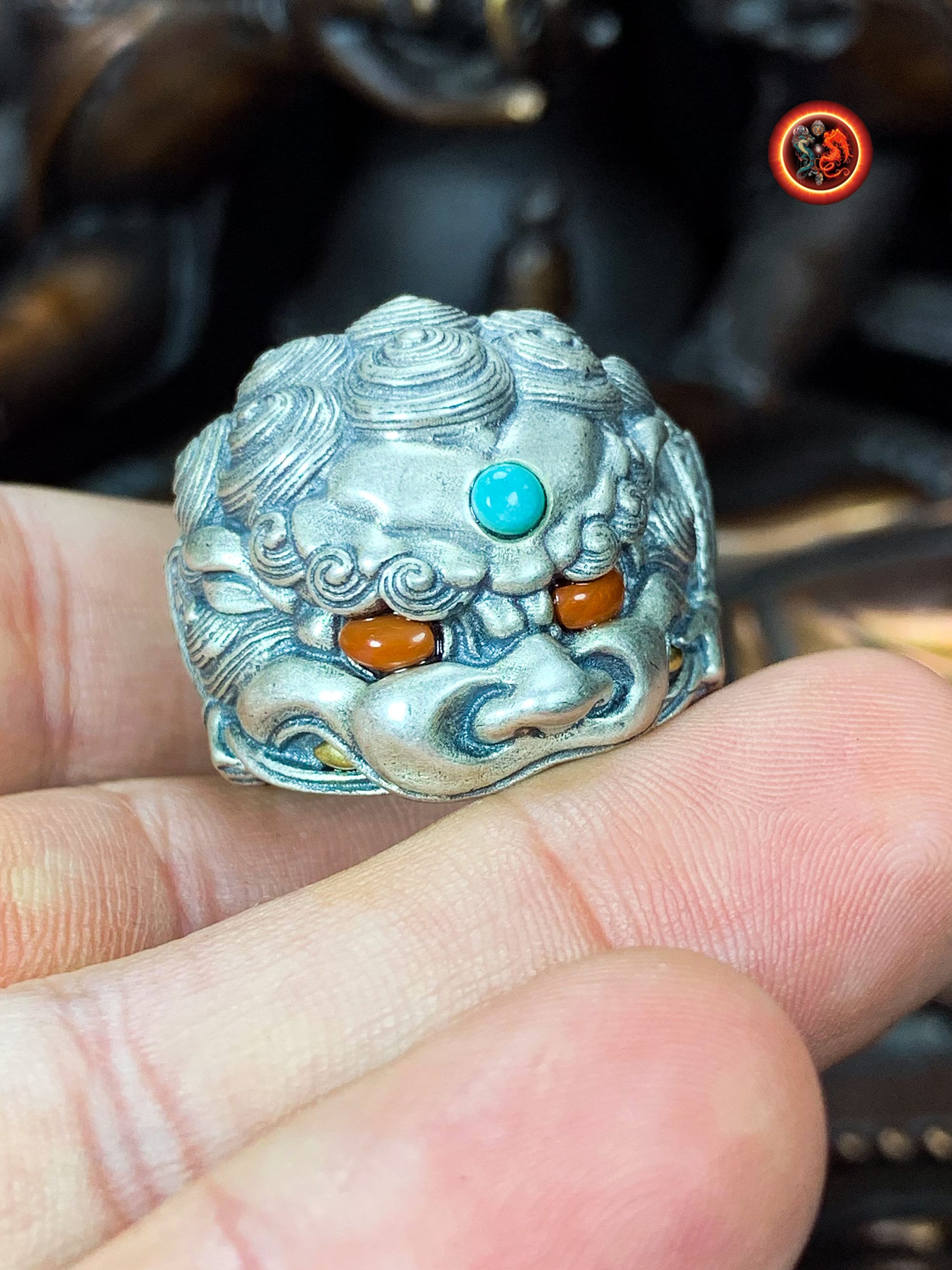 Guardian lion rings "Tang Shi".
Protection Feng Shui
Stamped silver 925
Turquoise "sleeping Beauty" from Arizona
Agate called "nan hong" (southern red) of Yunnan. This agate owes its beautiful red color to the presence of cinnabar in inclusion.
As a gemologist graduated from the National Institute of Gemmology of Paris, all our stones are appraised and certified.

To discover our entire collection of rings, please click on this link
https://www.etsy.com/fr/shop/DongmeietJeremyZG?ref=seller-platform-mcnav§ion_id=23983839