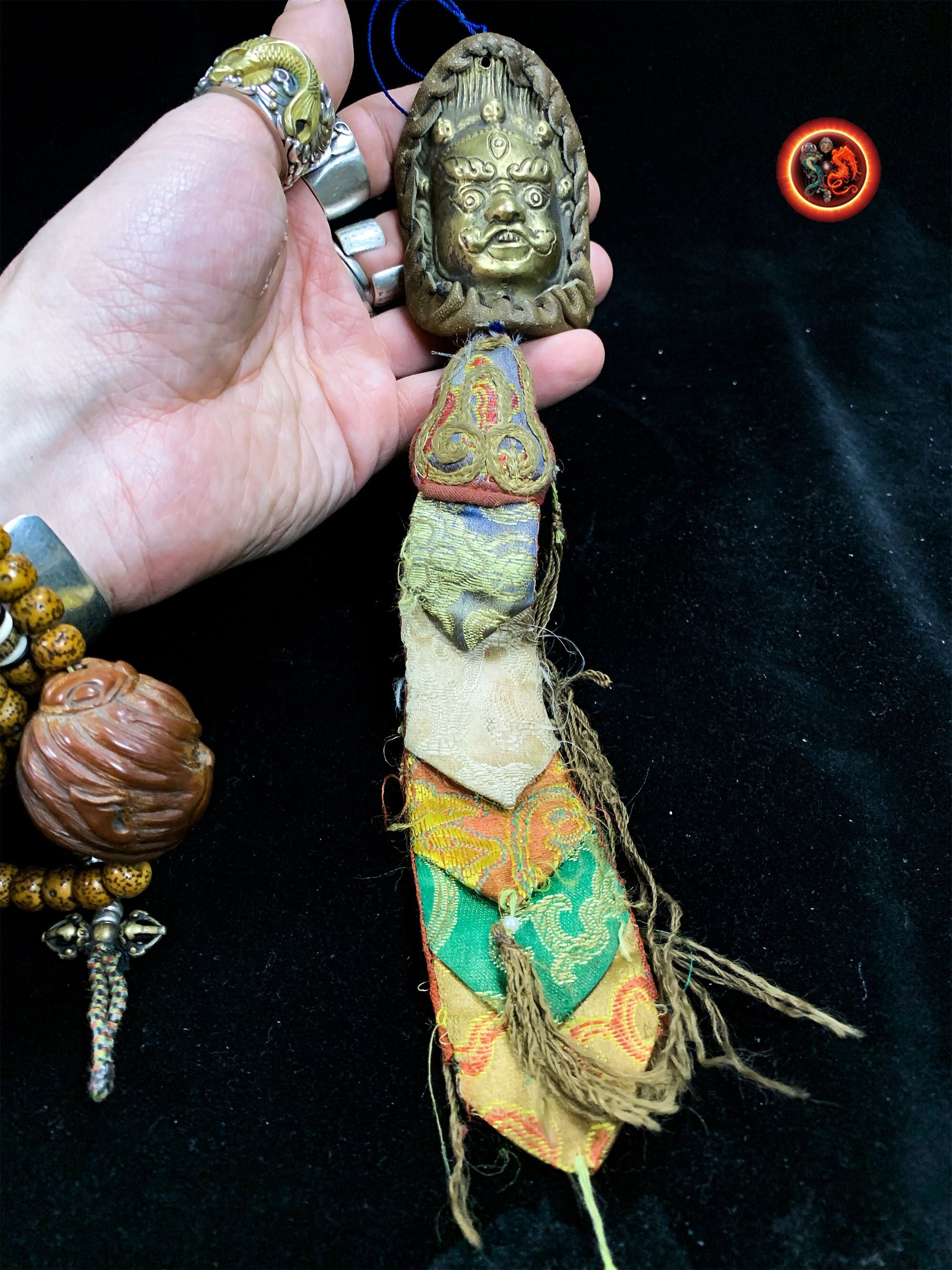 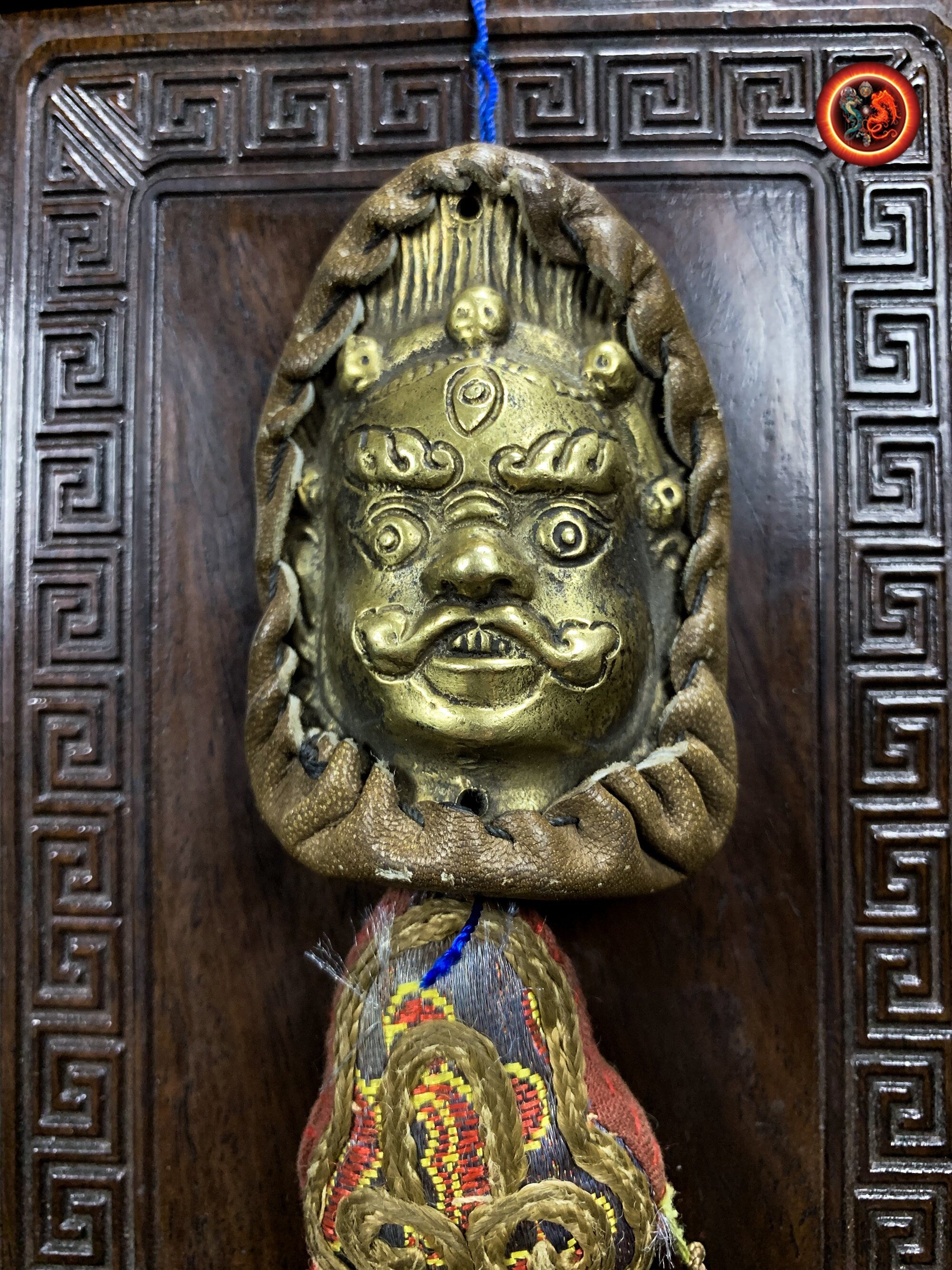 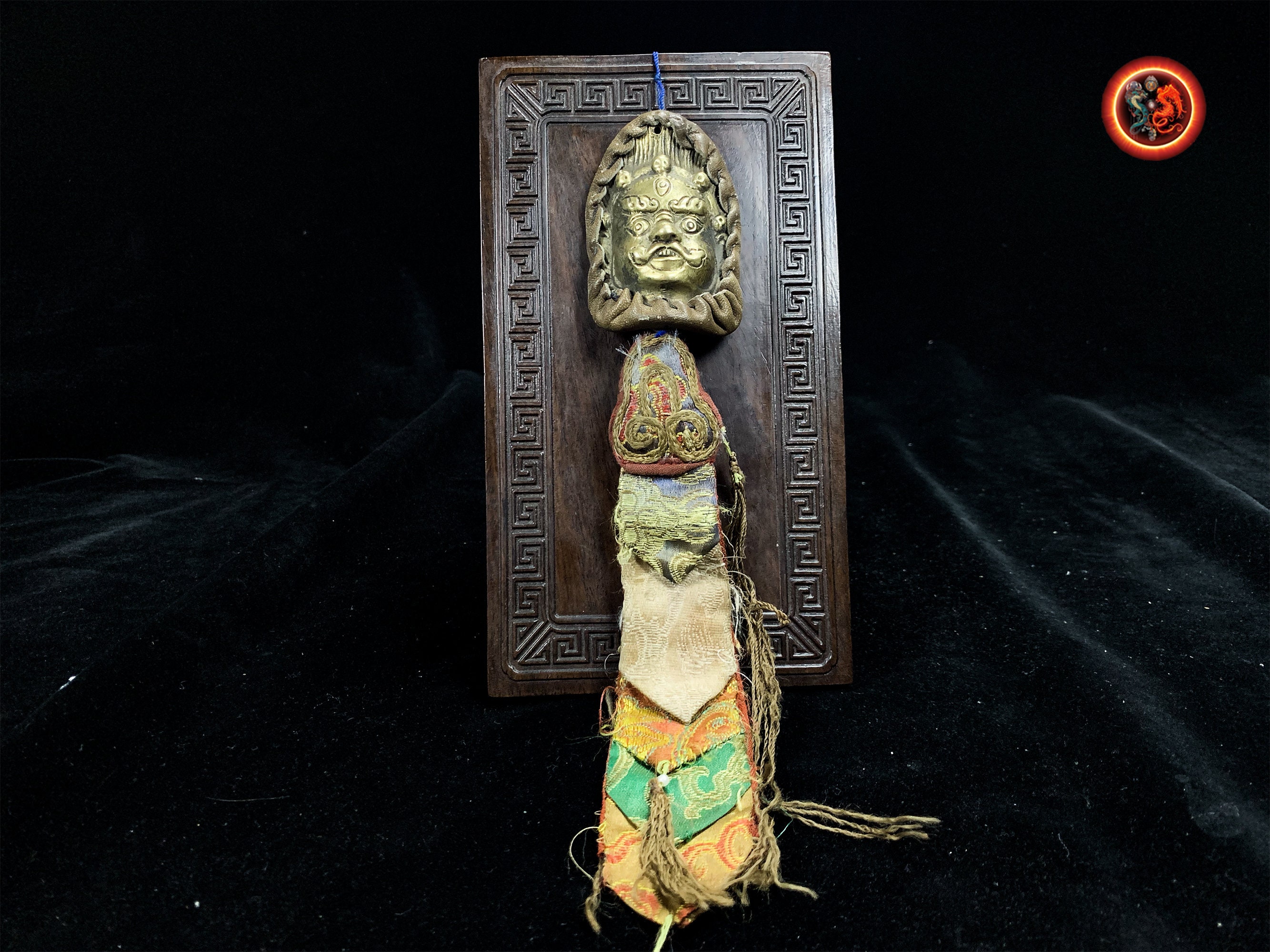 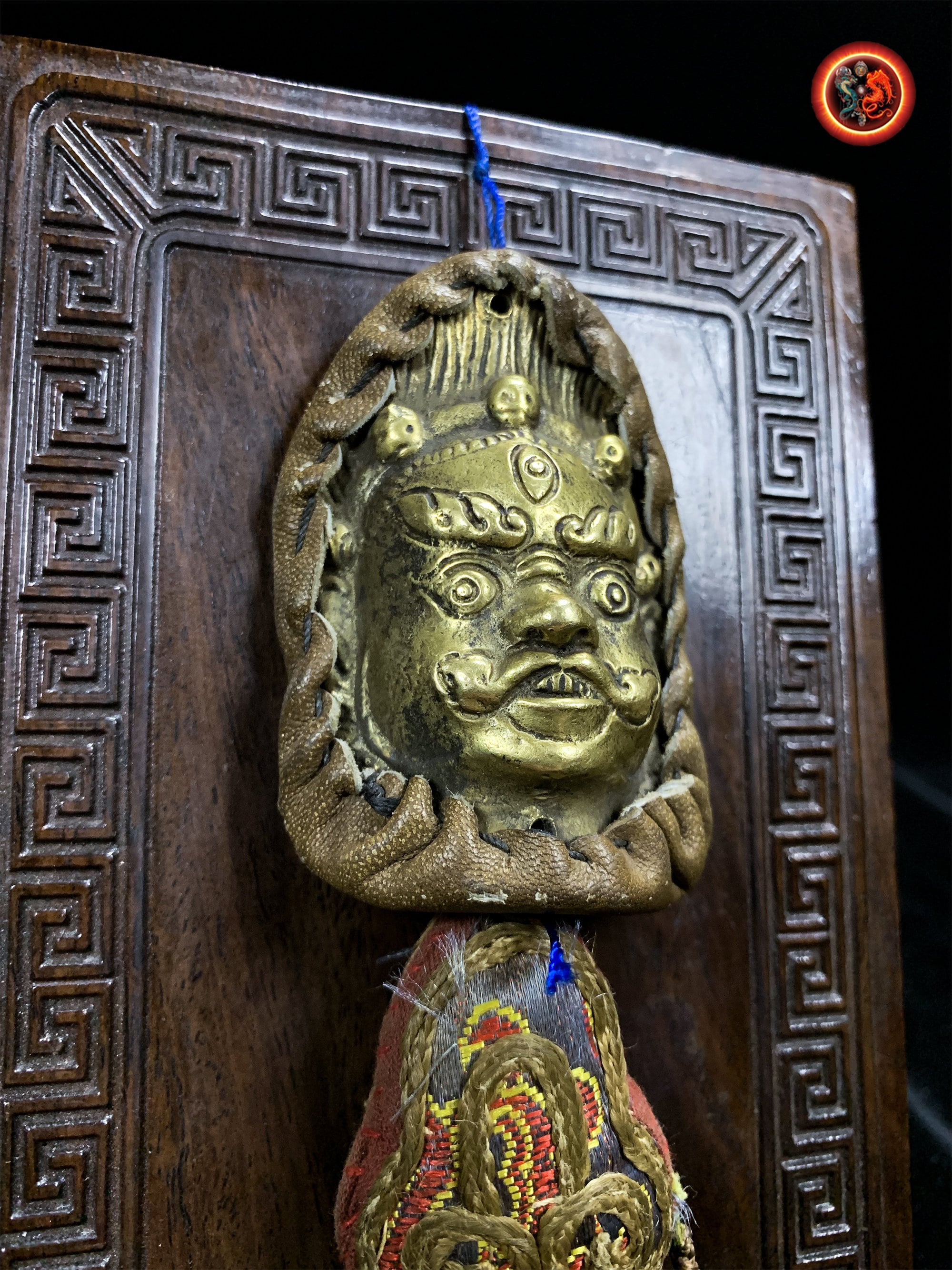 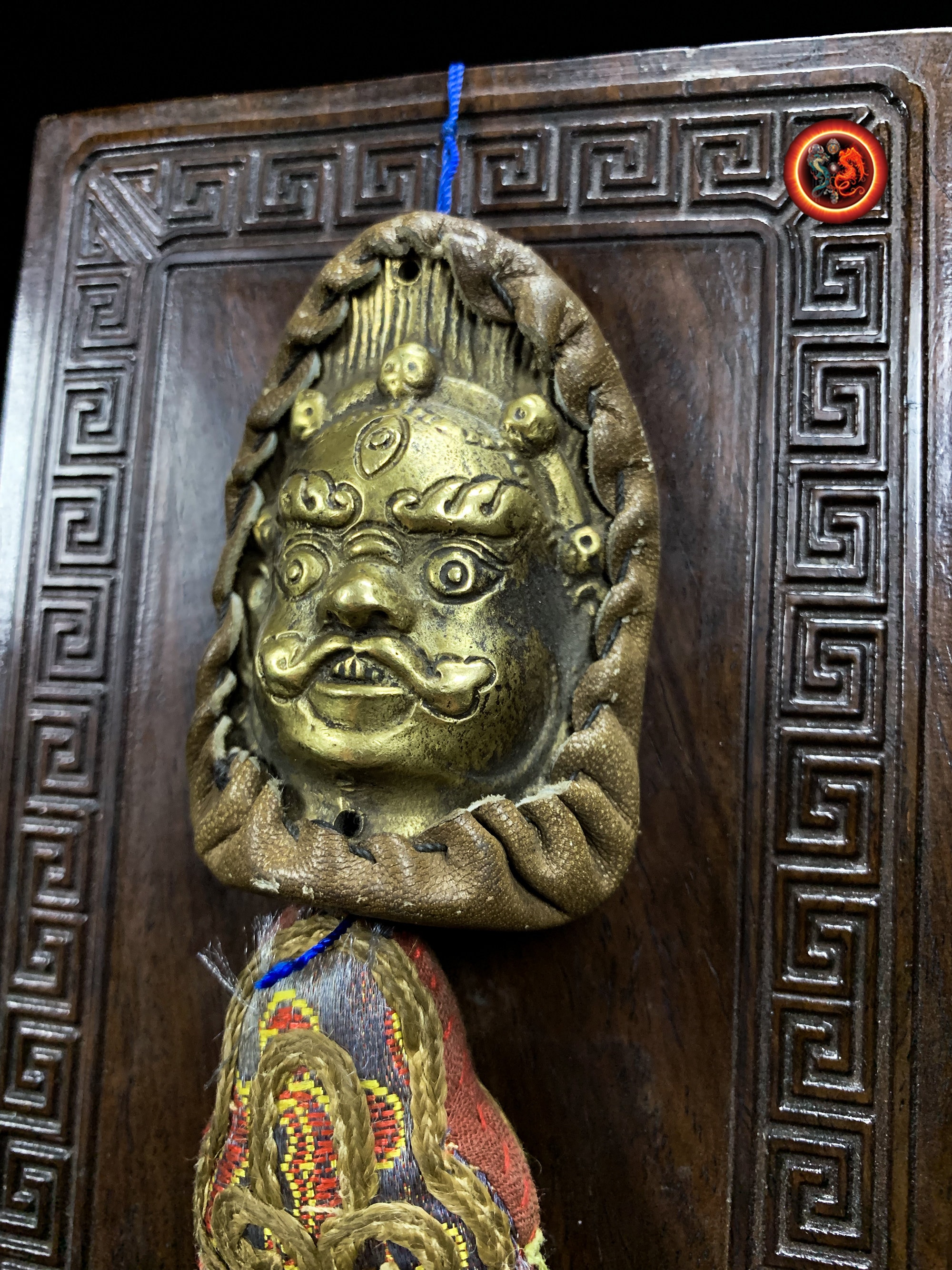 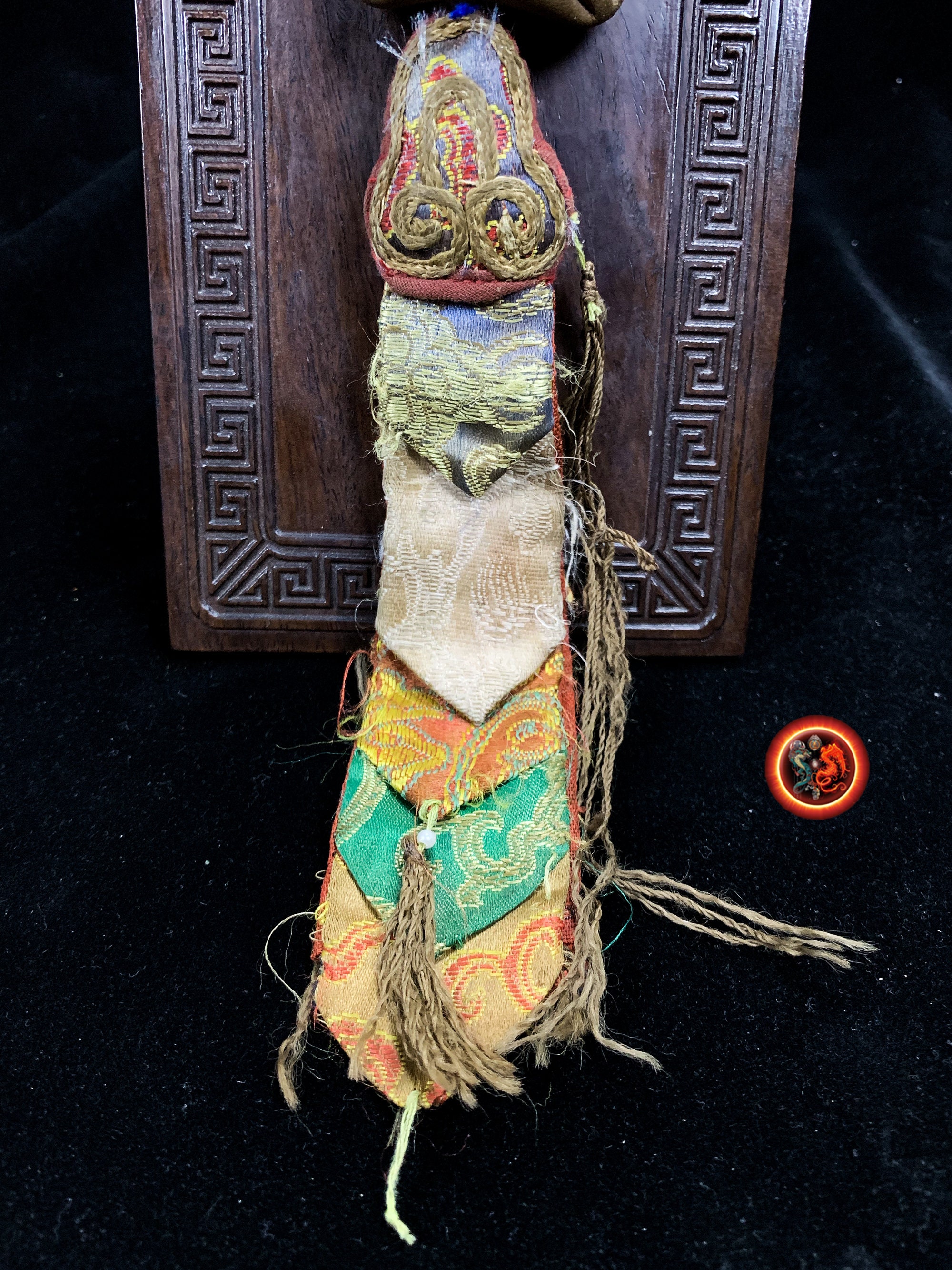 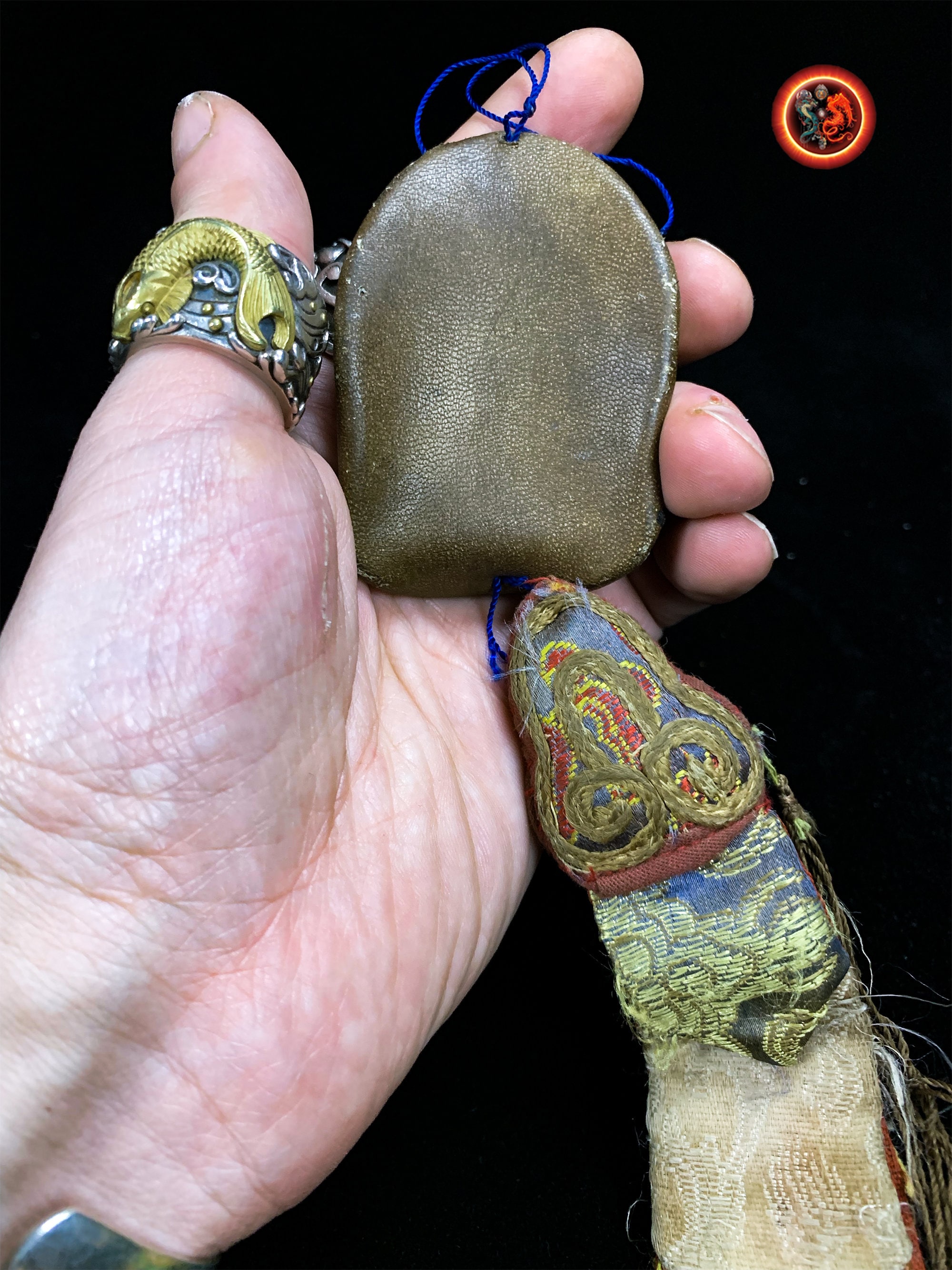 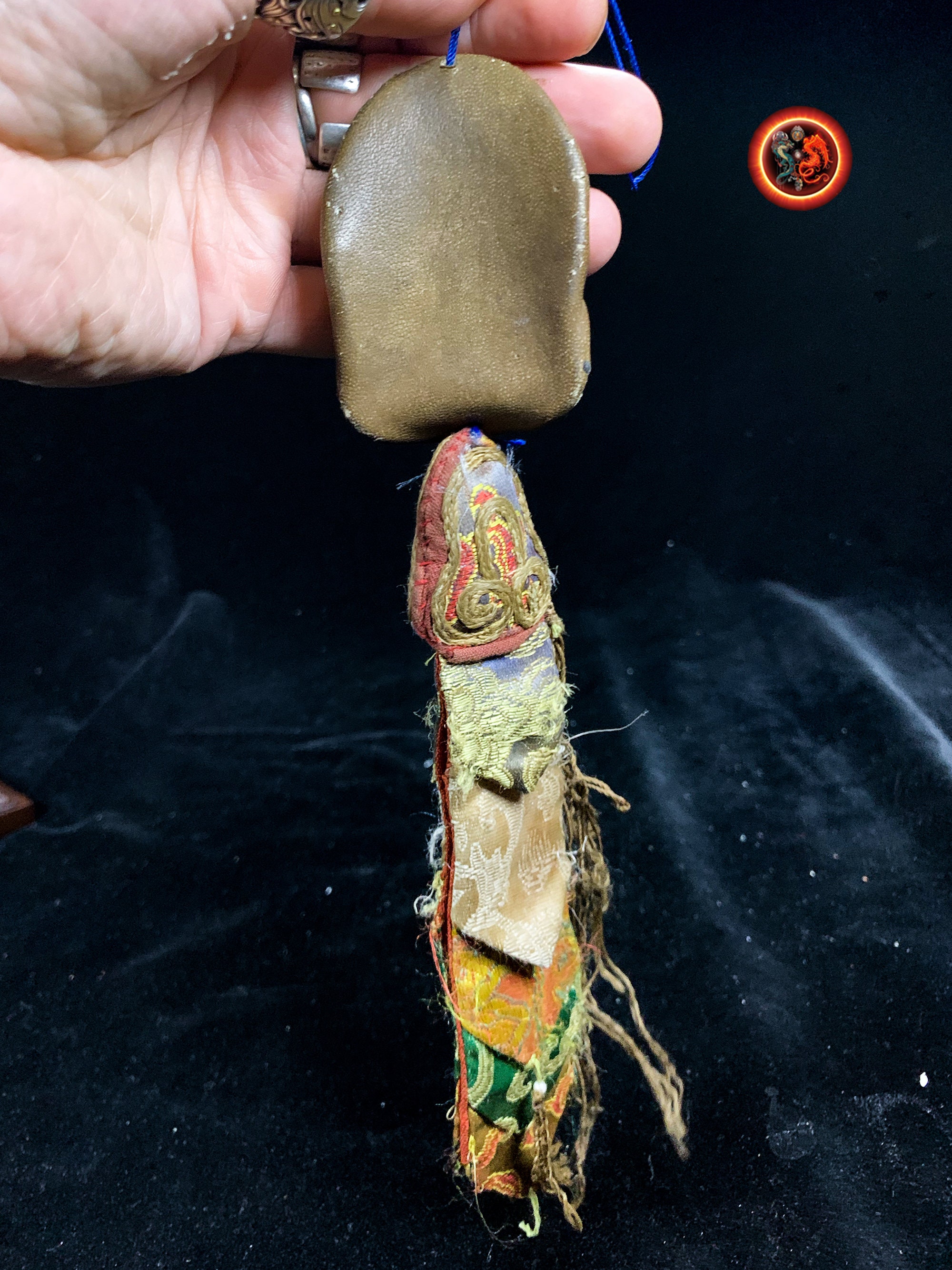 head of vajrapani in bronze probably from the province of Sichuan.
Tibetan Buddhism
Second half of the twentieth century
bronze circled with hand-sewn leather.
Brocade of origin.
Unique piece

Probably a room designed as protection, explanation of the deity Vajrapani, protector of the historical Buddha below.

Vajrapāni's expression is wrathful, to generate "fear in the individual to relax his dogmatism".