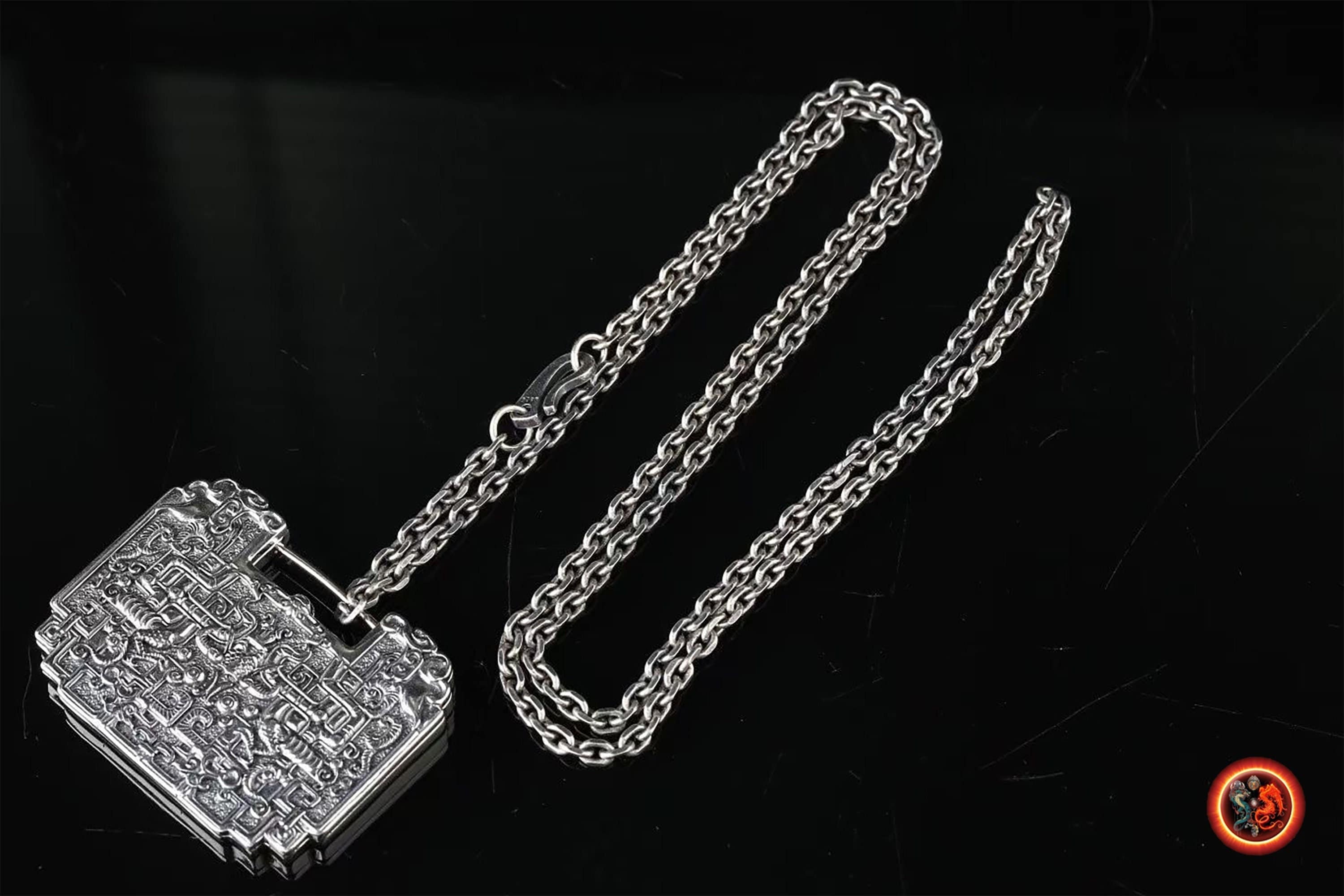 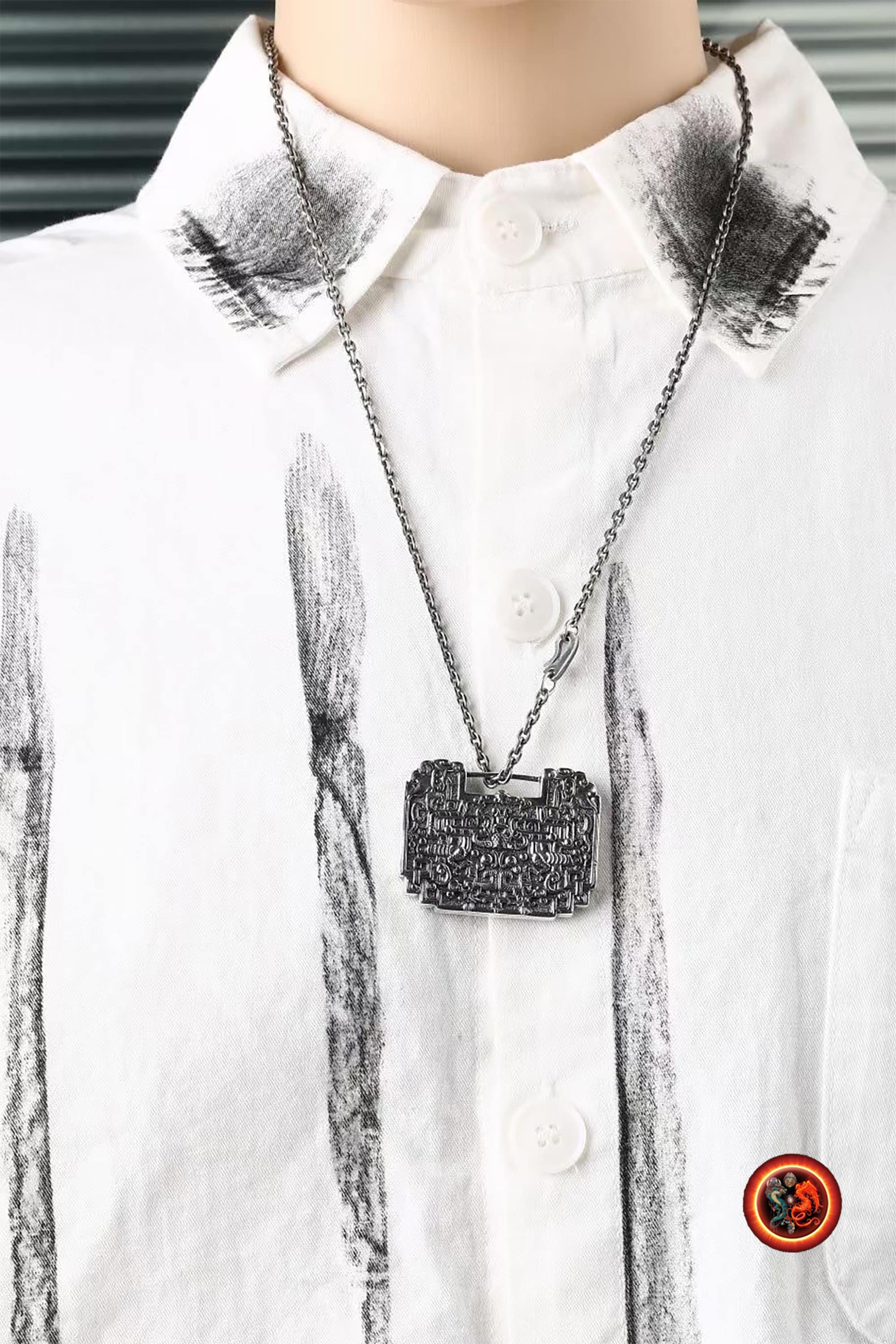 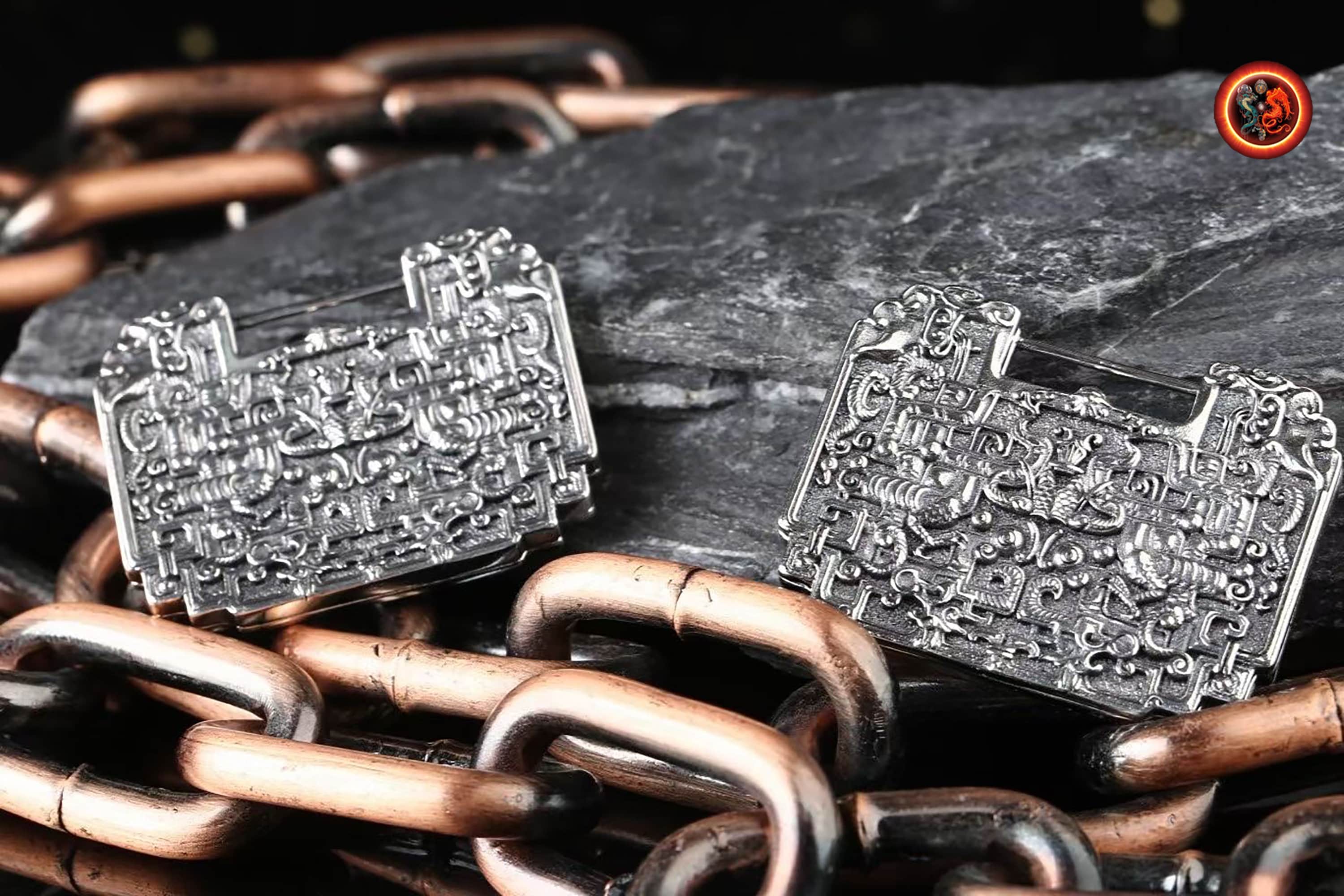 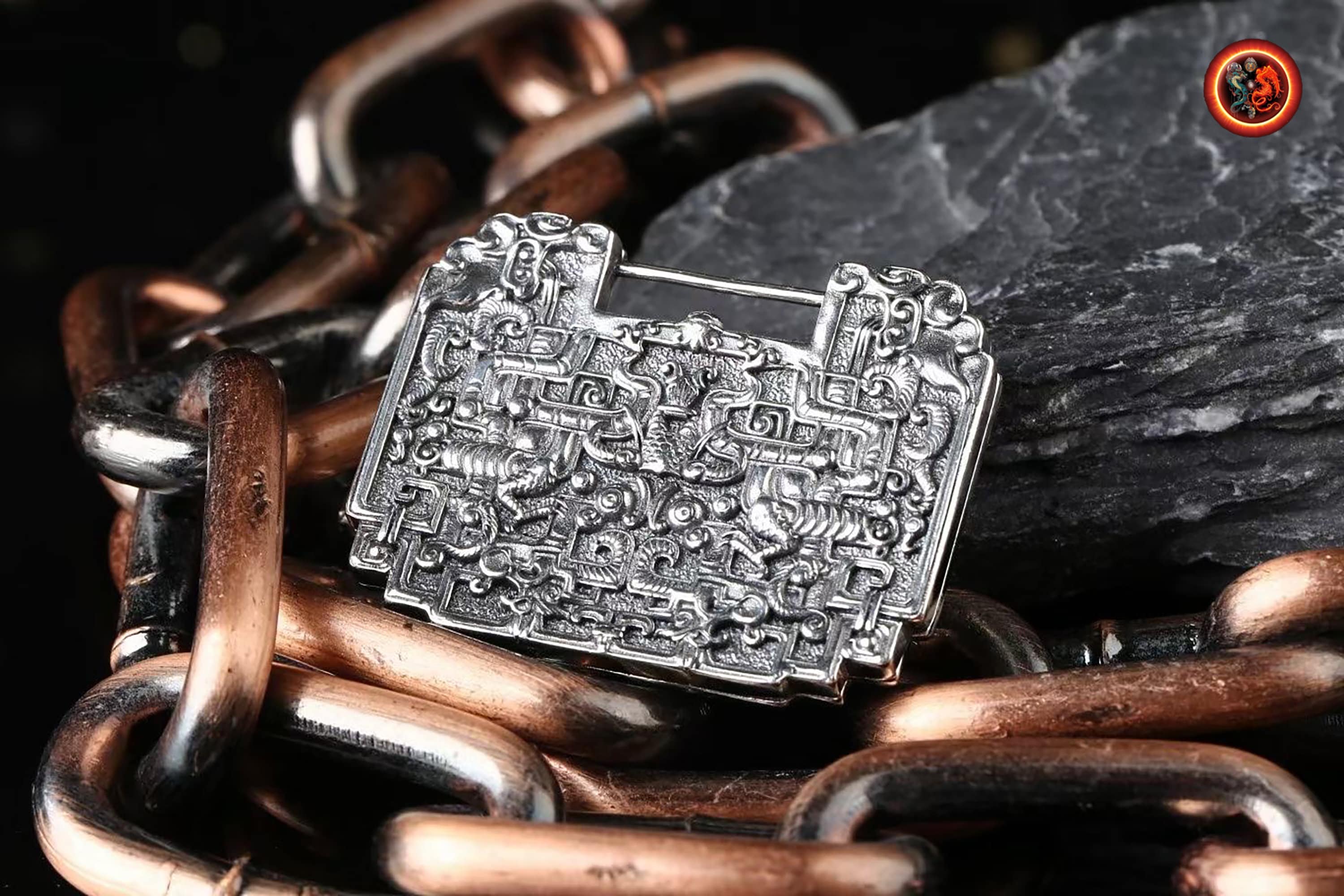 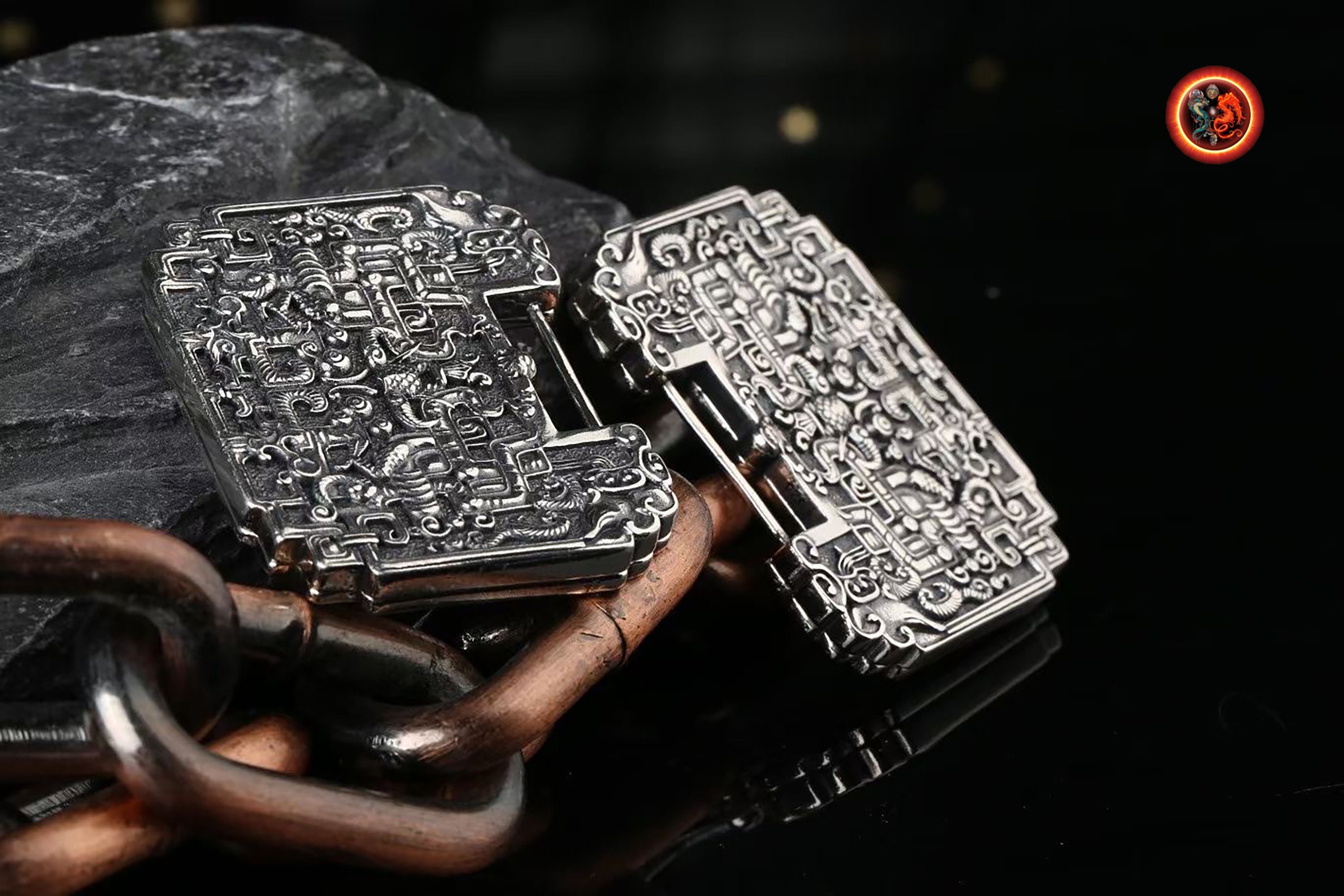 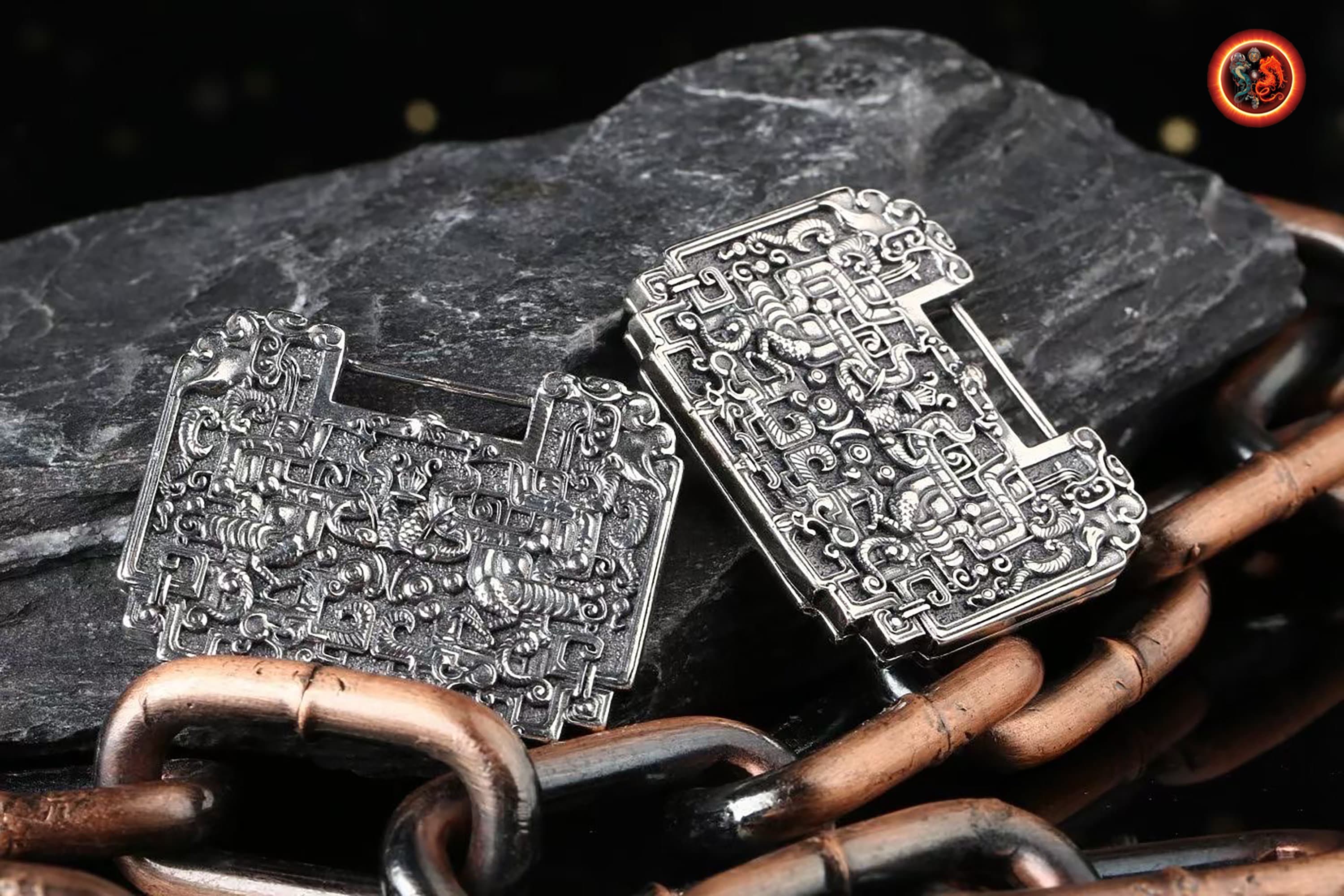 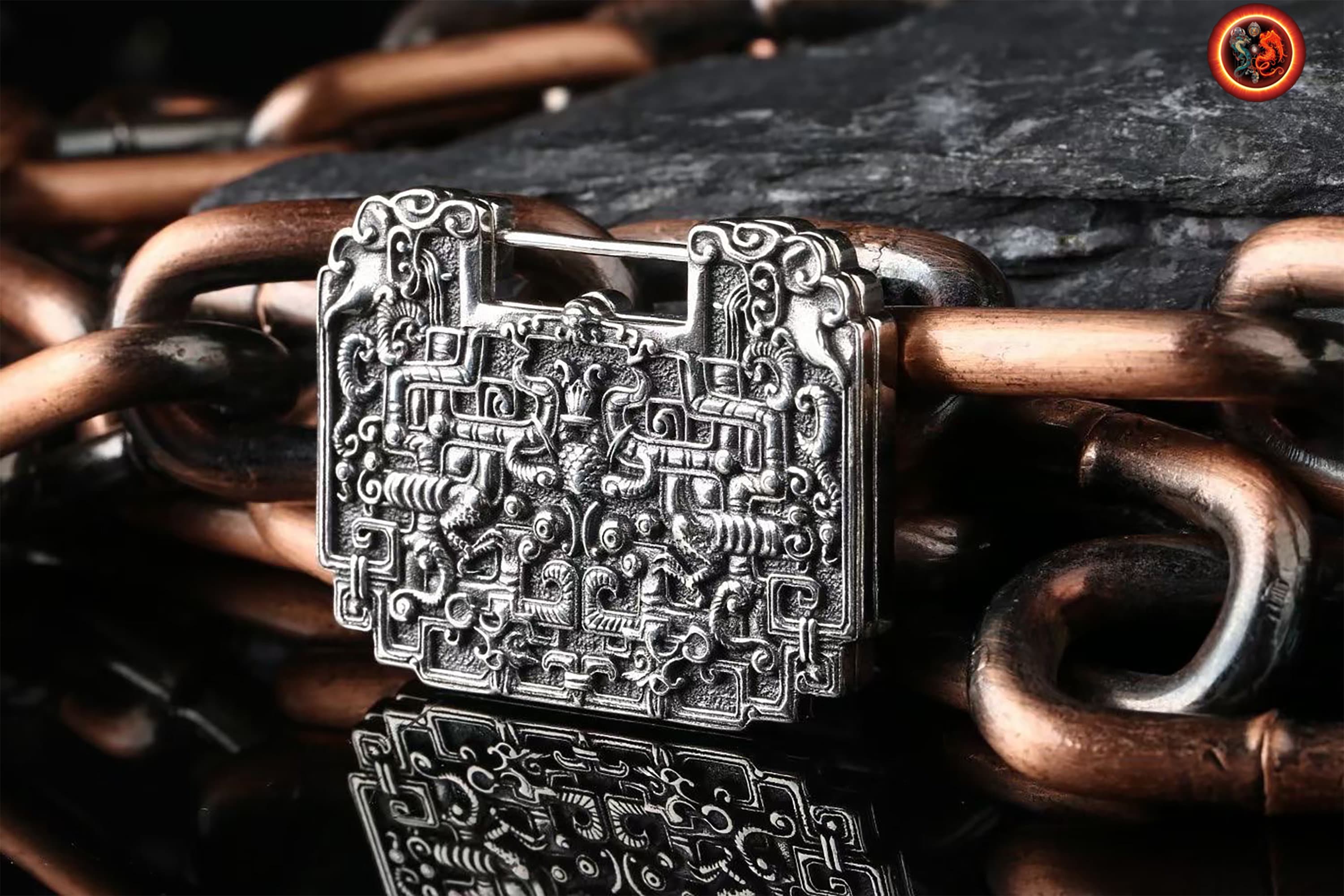 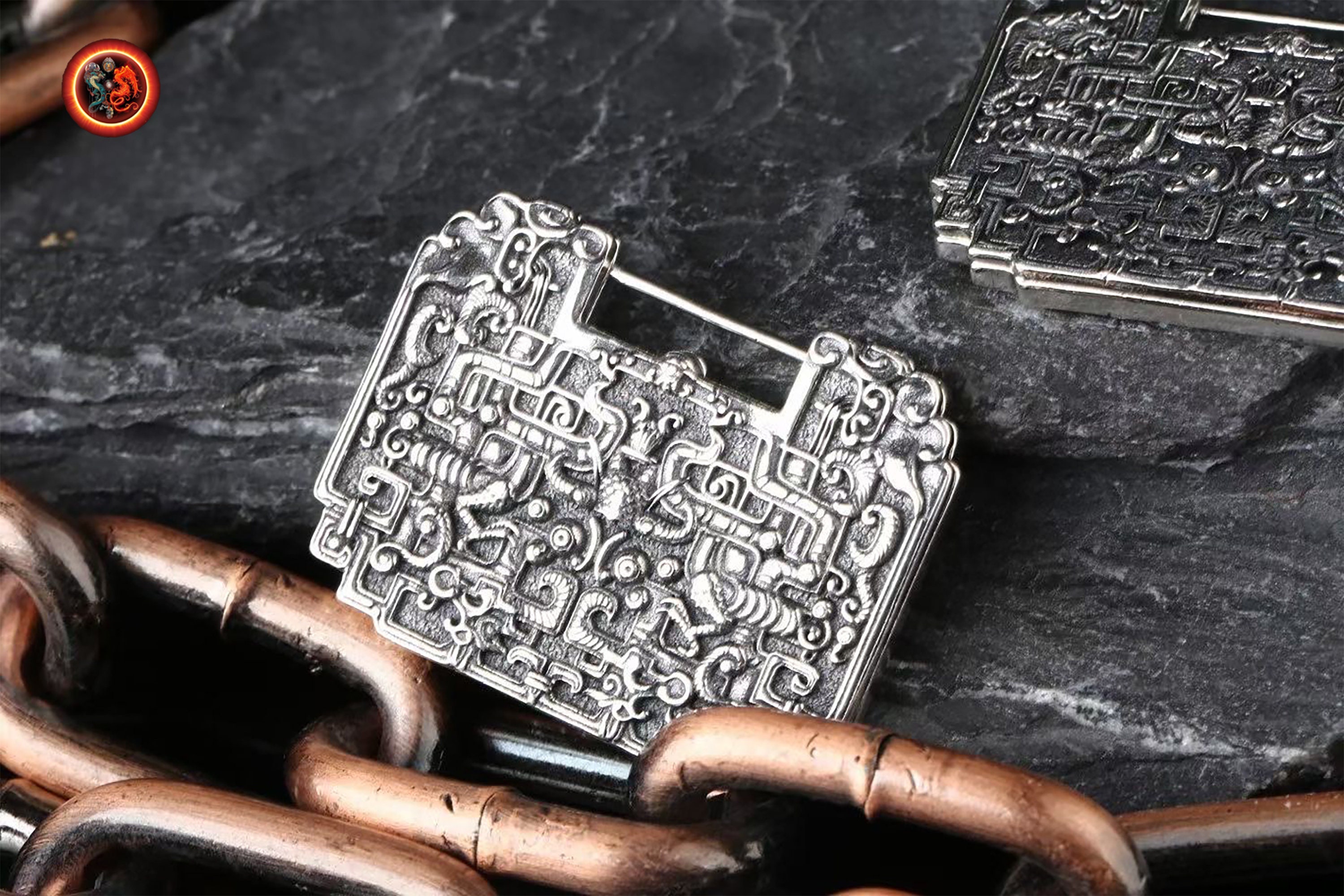 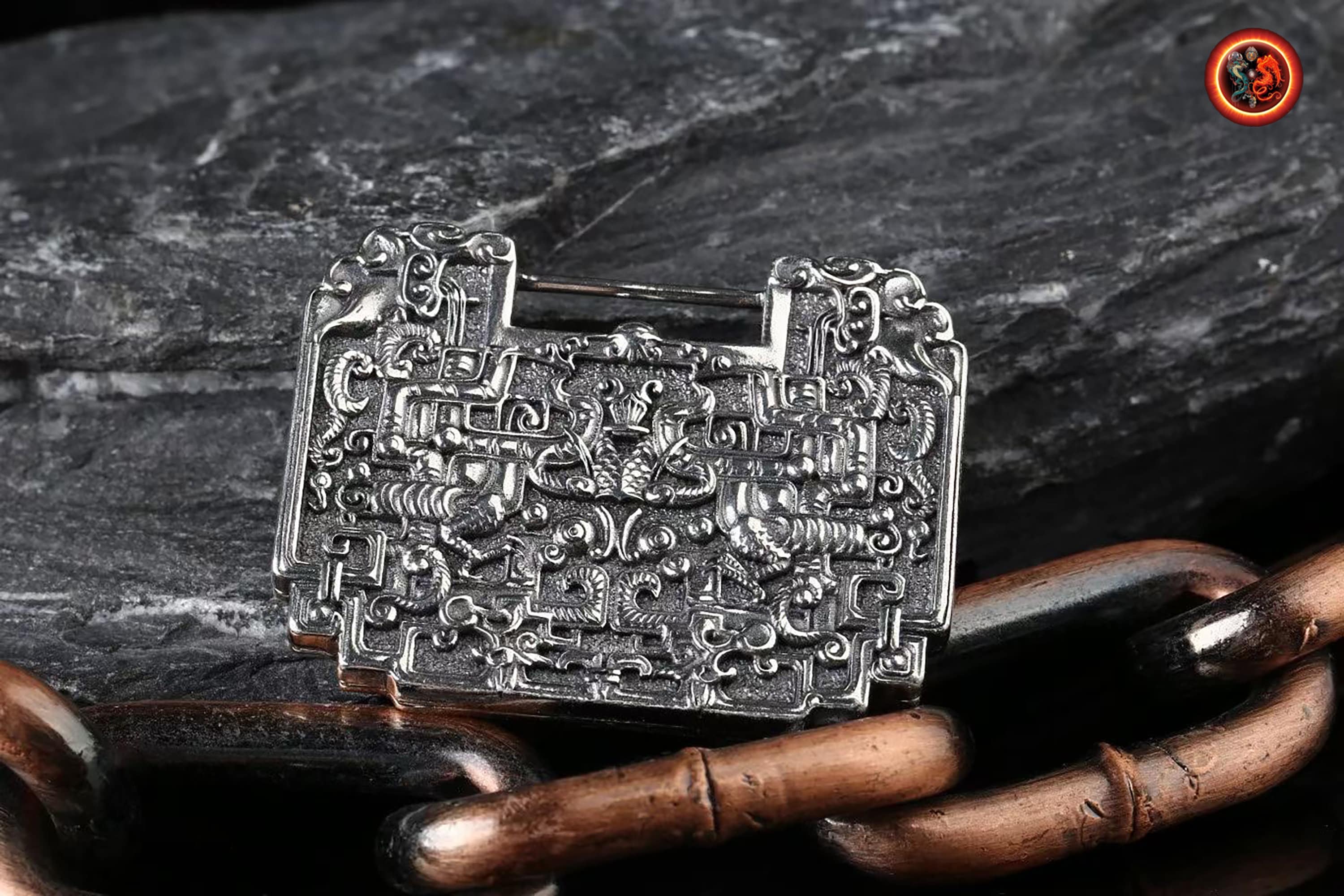 Since time immemorial, in Taoist culture, pendants in the shape of a padlock have been worn to lock the safety of one's life.
For example, they are offered to infants at birth.
The symbol of the taoti dragon, on this padlock is there to suck up everything that could prove harmful around us.
Explanation of the dragon Taotié below

DRAGON TAOTIE
Taotie is a motif commonly used on Chinese ritual bronze vases of the Shang and Zhou Dynasty. The design usually consists of a zoomorphic mask, described as frontal, bilaterally symmetritic, with a pair of raised eyes and usually without an area of the lower jaw. Some claim that the design can be attributed to jade pieces found in Neolithic sites such as the Liangzhu culture (3310–2250 BC).

In ancient Chinese mythology as the "classic of mountains and seas", the taotie (饕餮) is one of the "four evil creatures of the world", along with Hundun (混沌), Qiongqi (窮奇) and Taowu (梼杌). On the other side, there are four holy creatures in Chinese mythology that are called Azure Dragon, Vermilion Bird, White Tiger and Black Turtle. The four are also sometimes friends and juxtapose with the four benevolent animals which are Qilin (麒麟), dragon (龍), Turtle (龜) and Fenghuang (鳳凰).