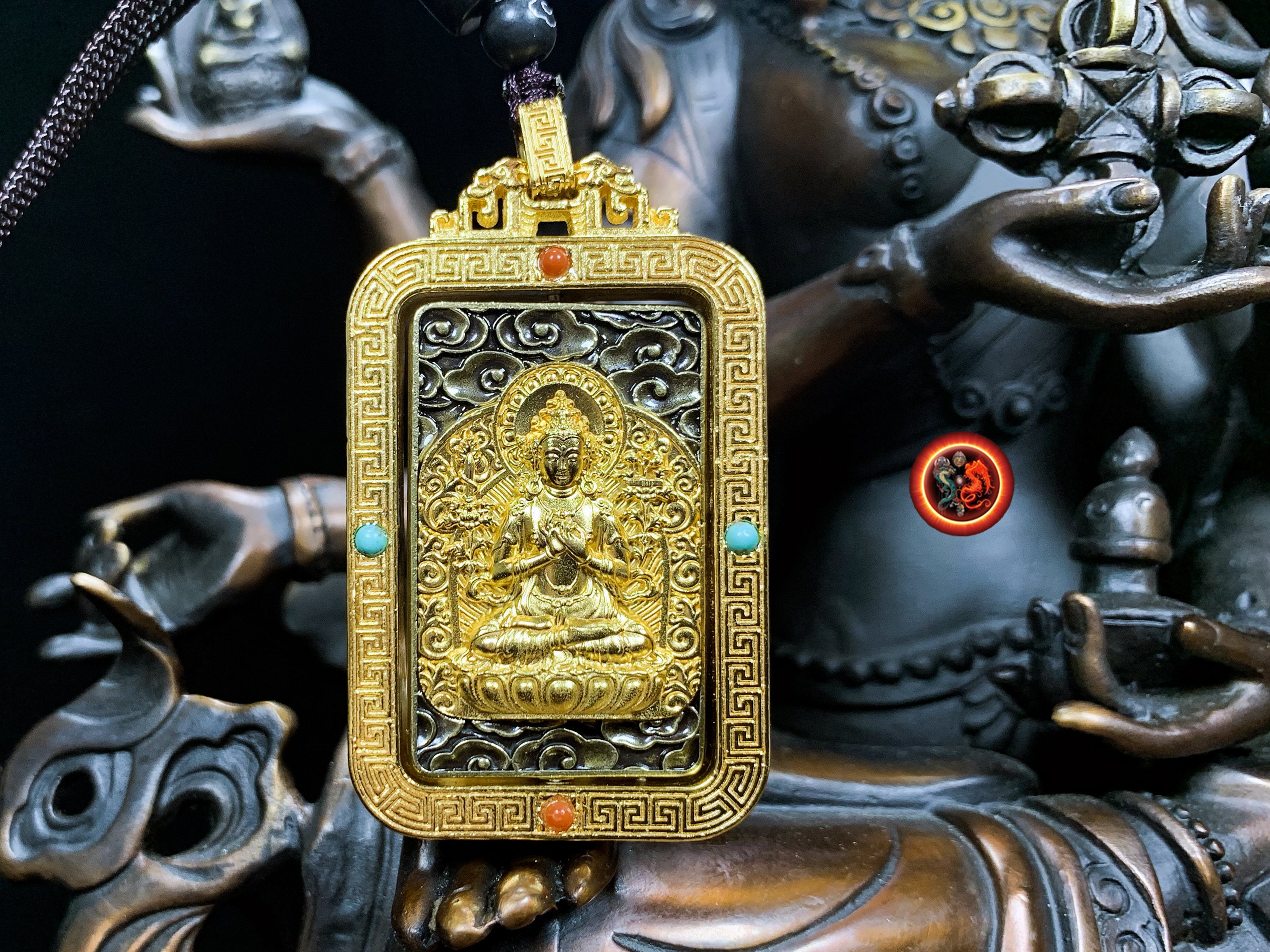 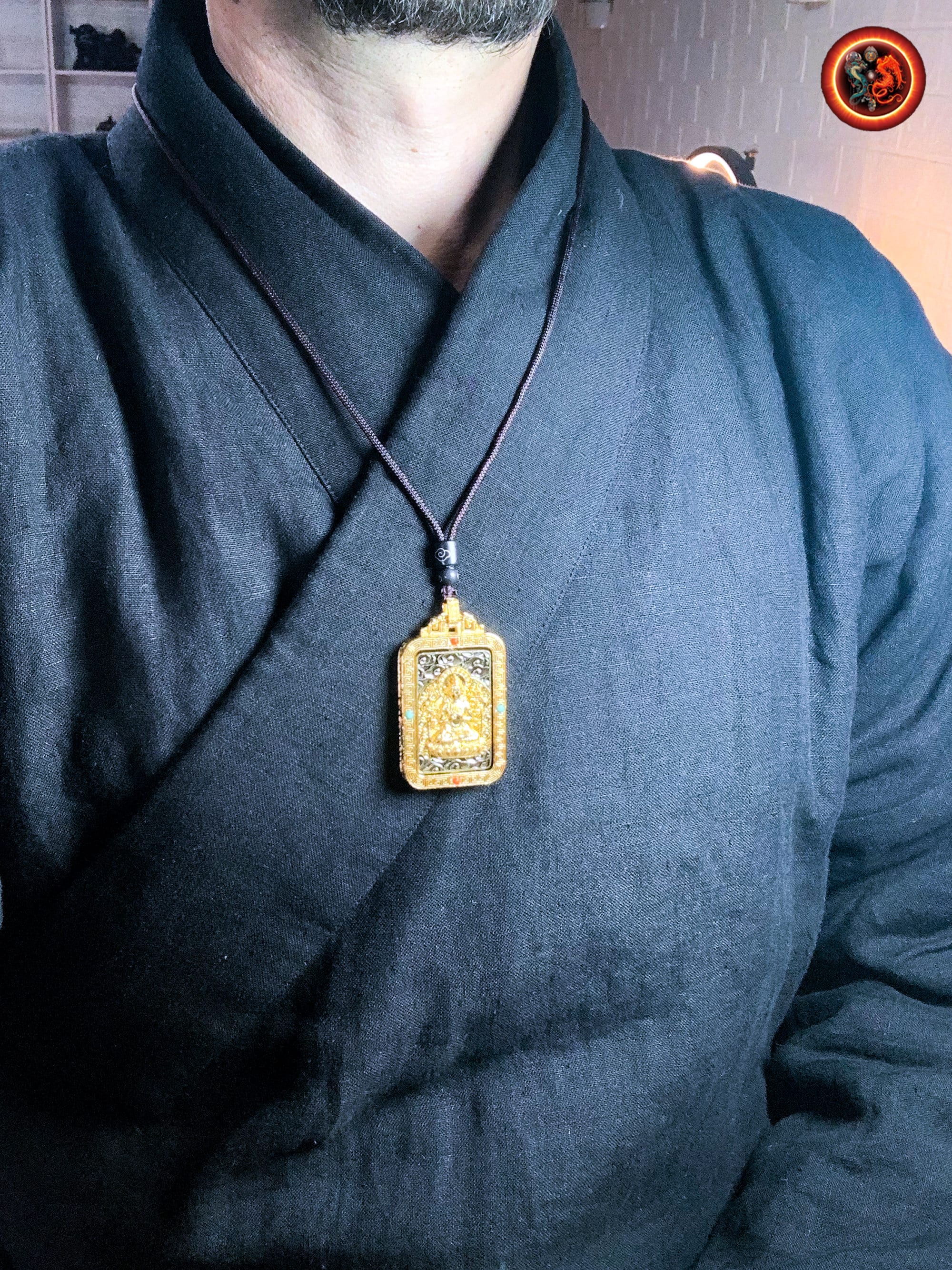 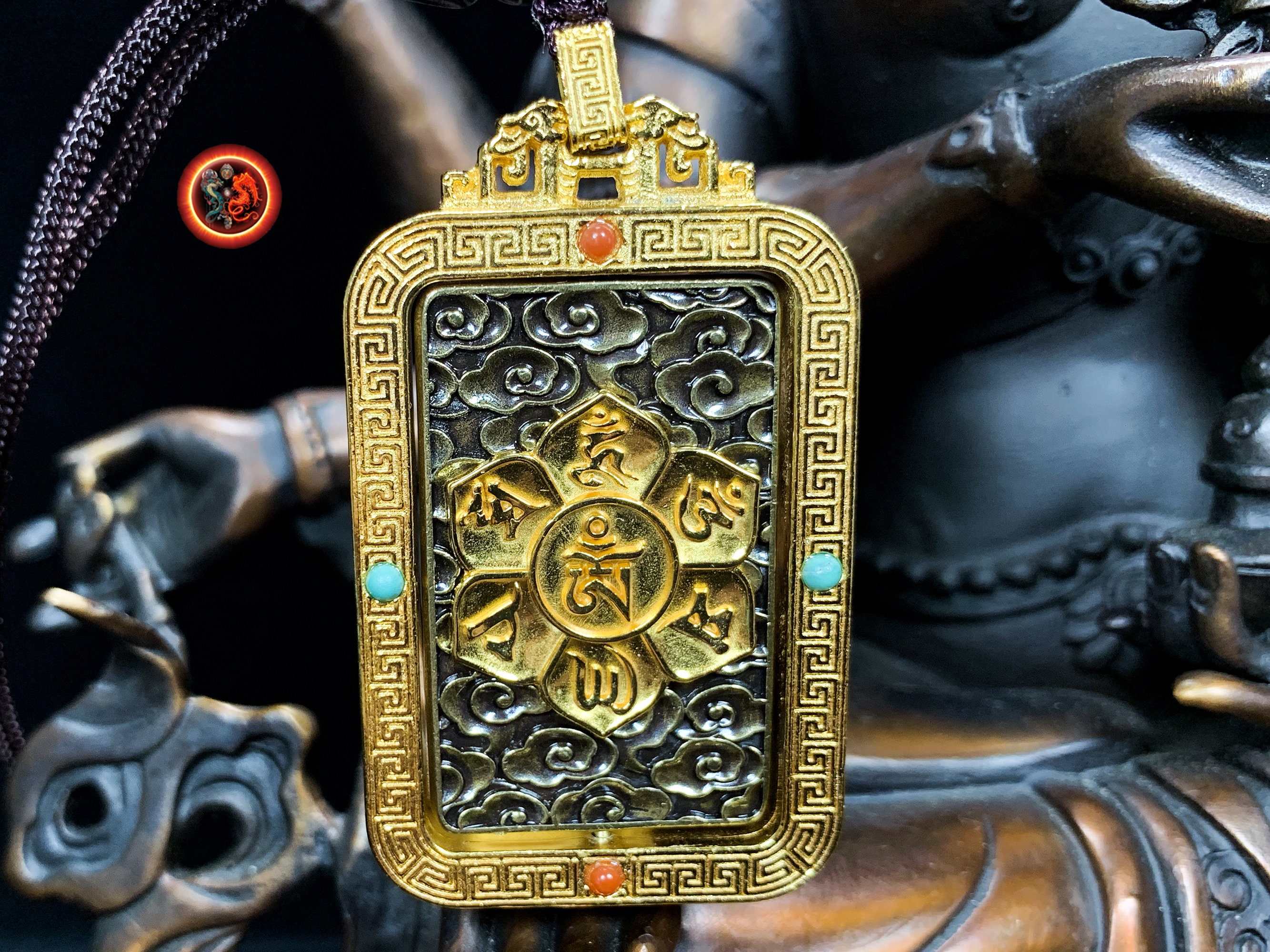 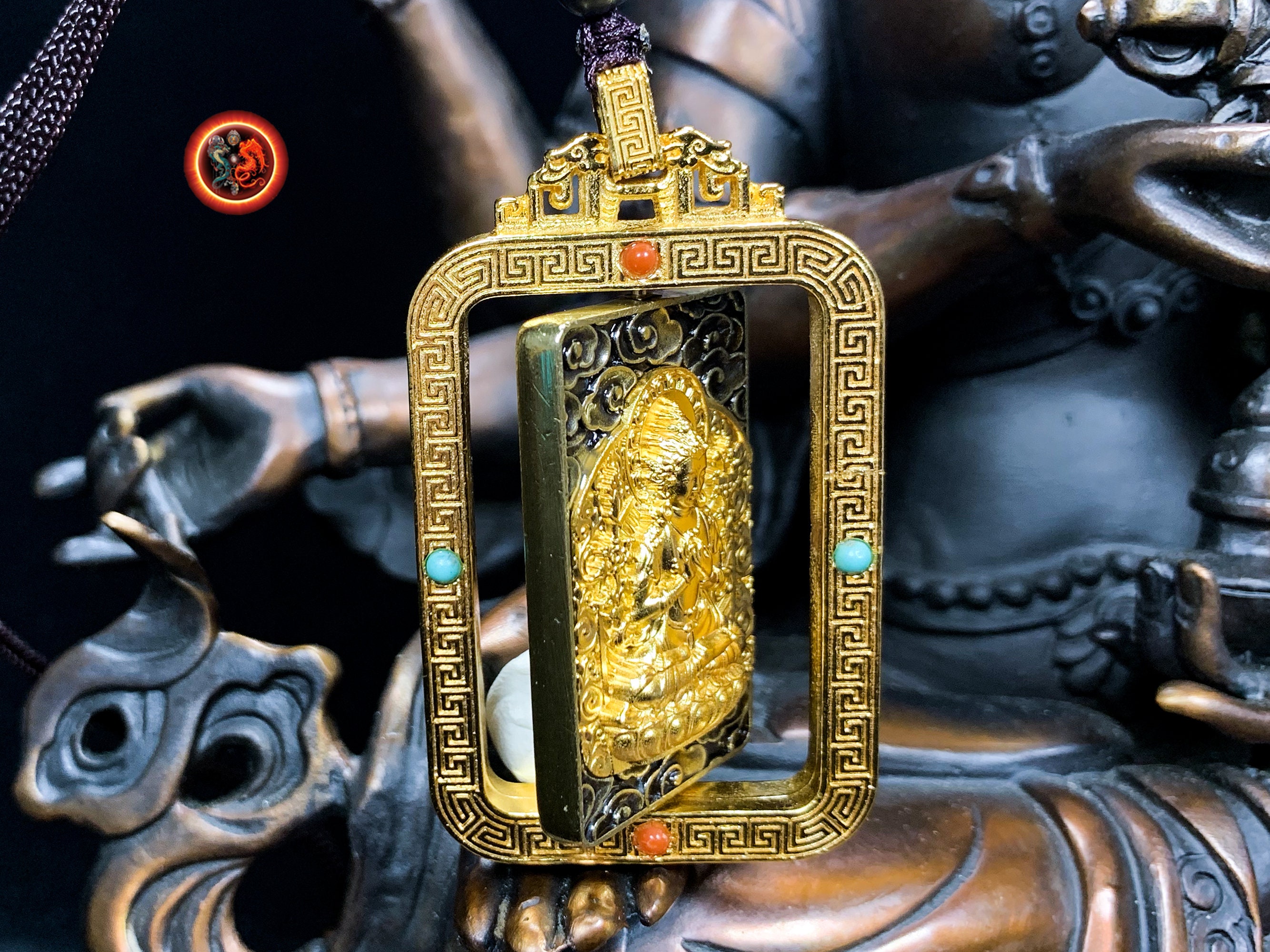 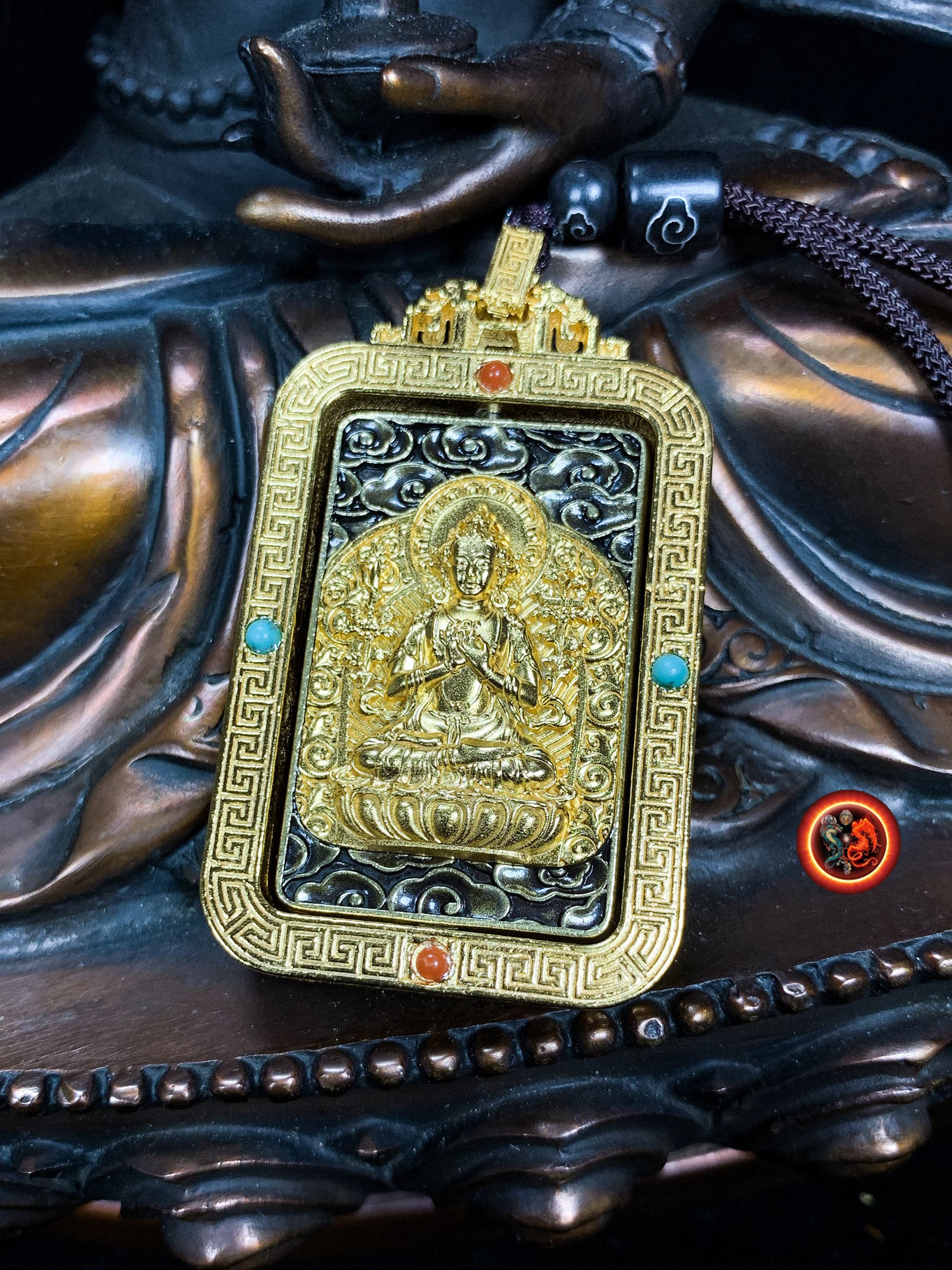 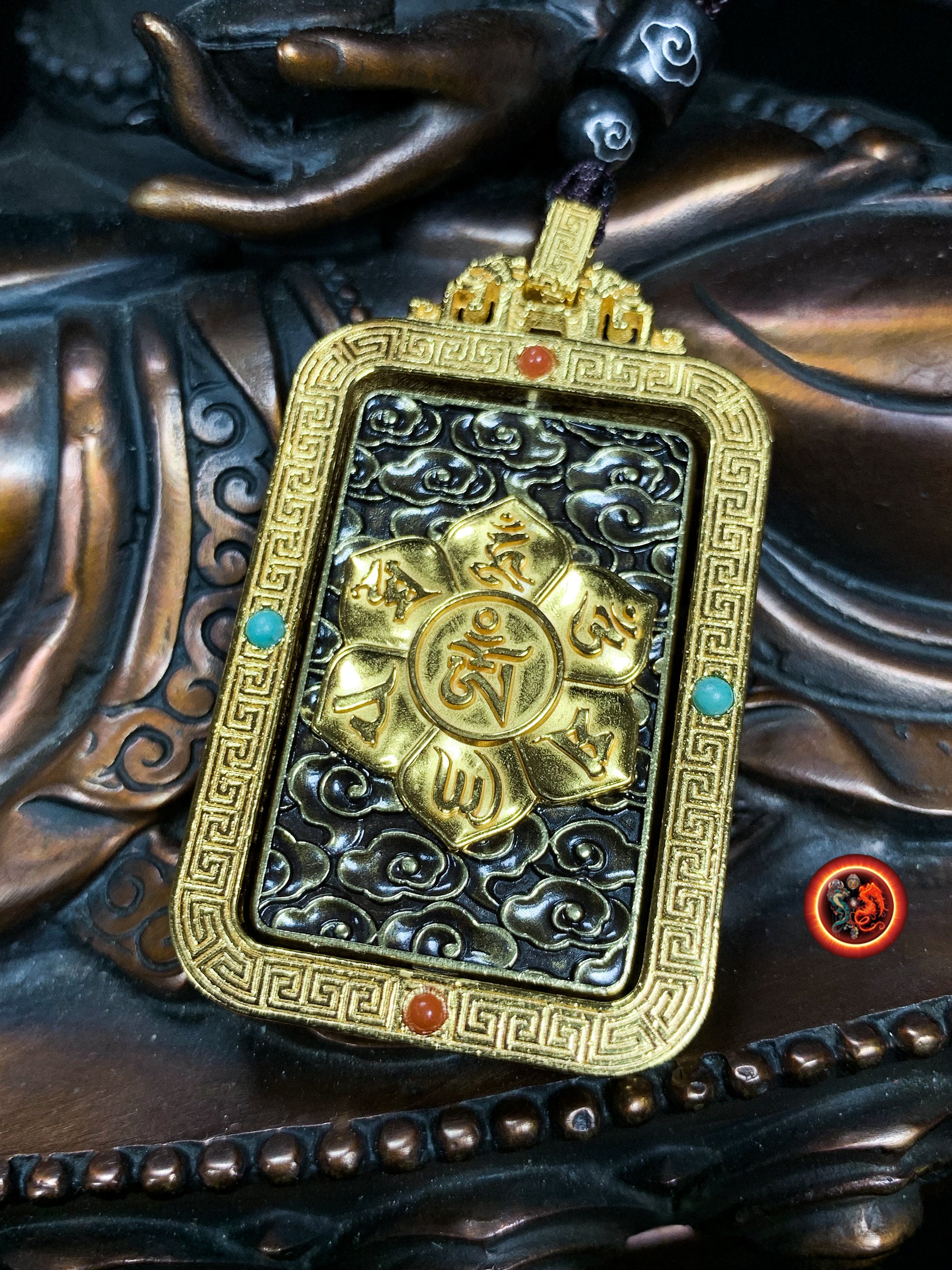 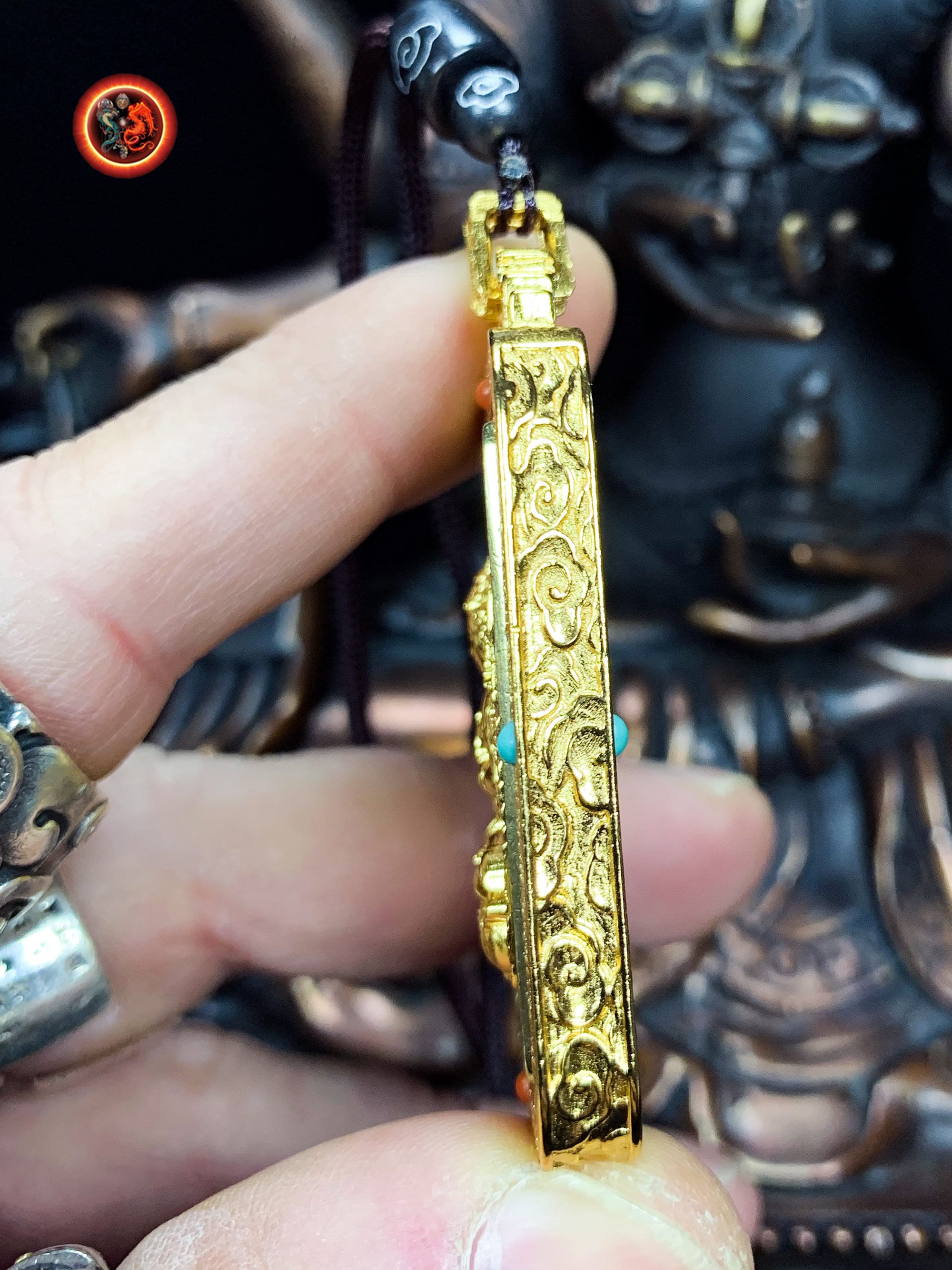 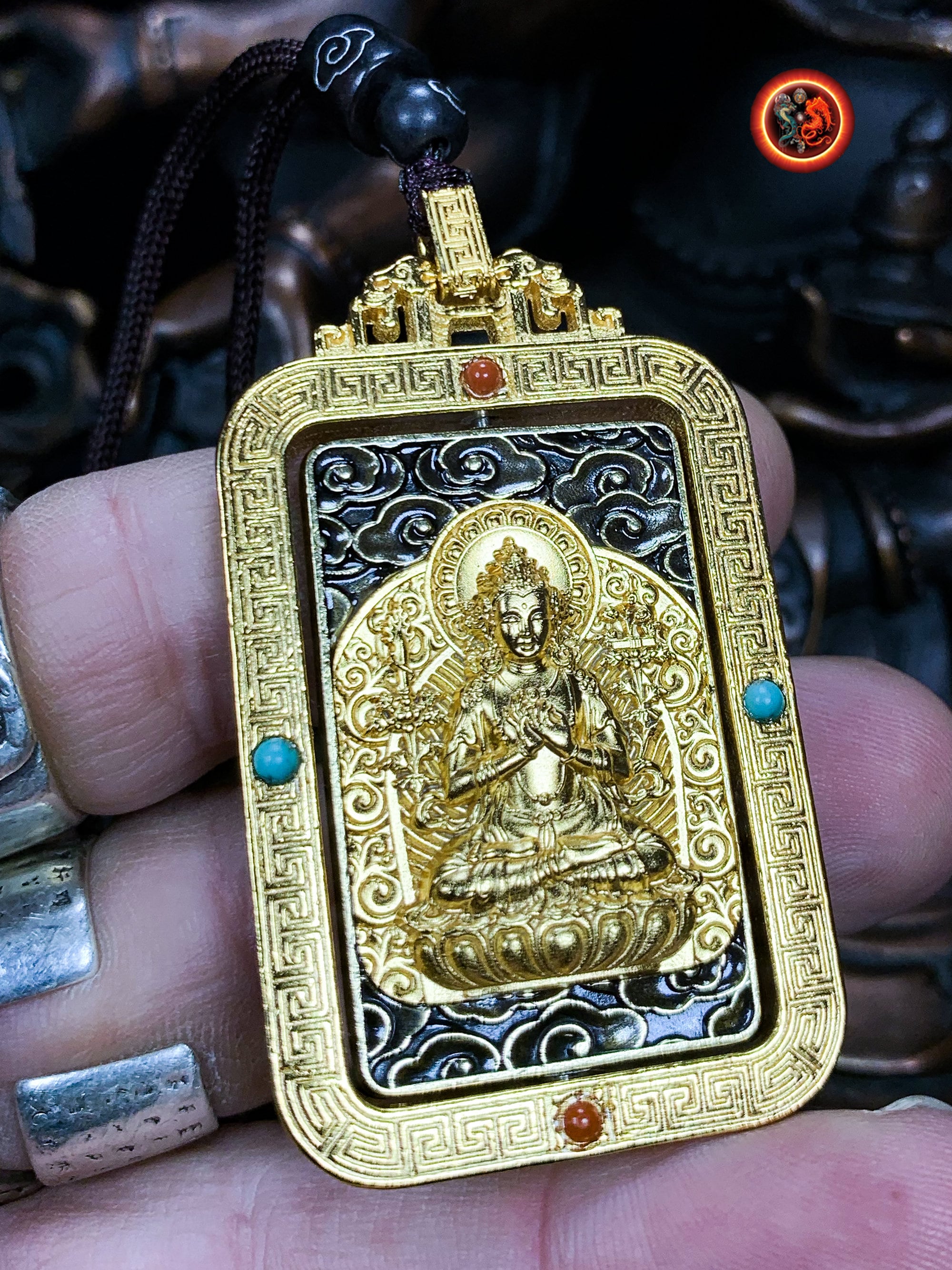 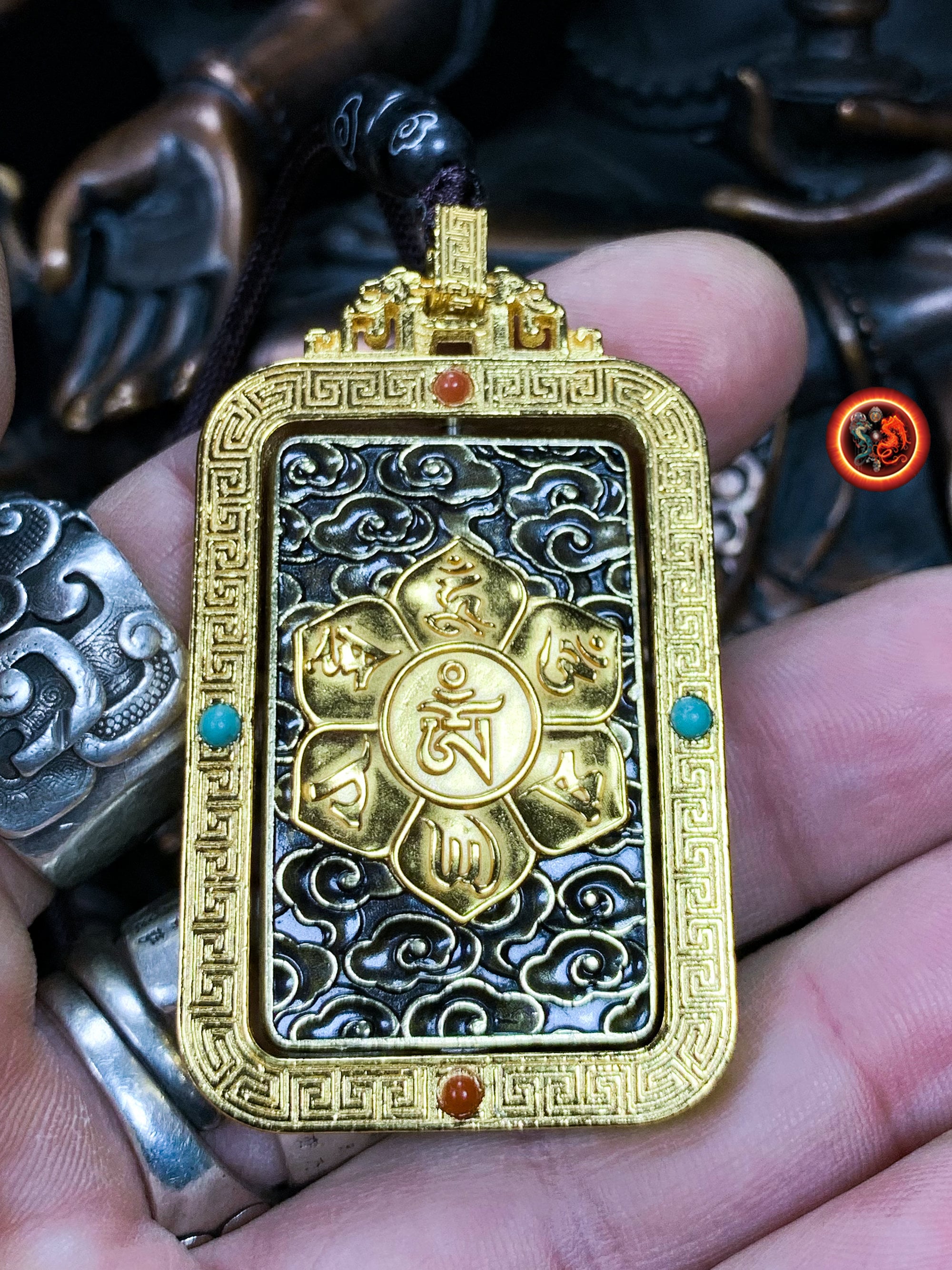 Buddhist protection amulet Bodhisattva Samantabhadra
Pendant dimension 61mm high by 35mm wide by 8mm thick
Weight of 53 grams
Silver 925 gold plated 18K.
natural and expertized turquoise, "sleeping Beauty" from Arizona and Yunnan agate called "Nan Hong" (southern red). This unusual volcanic agate has its natural color due to its cinnabar content.
As a gemologist graduated from the National Institute of Gemmology of Paris, all our stones are appraised and certified.
Mantra of compassion.

Pendant rotating on a vertical axis as shown in the video also available on our youtube channel via this link
https://youtu.be/ug6ShwGnkUA