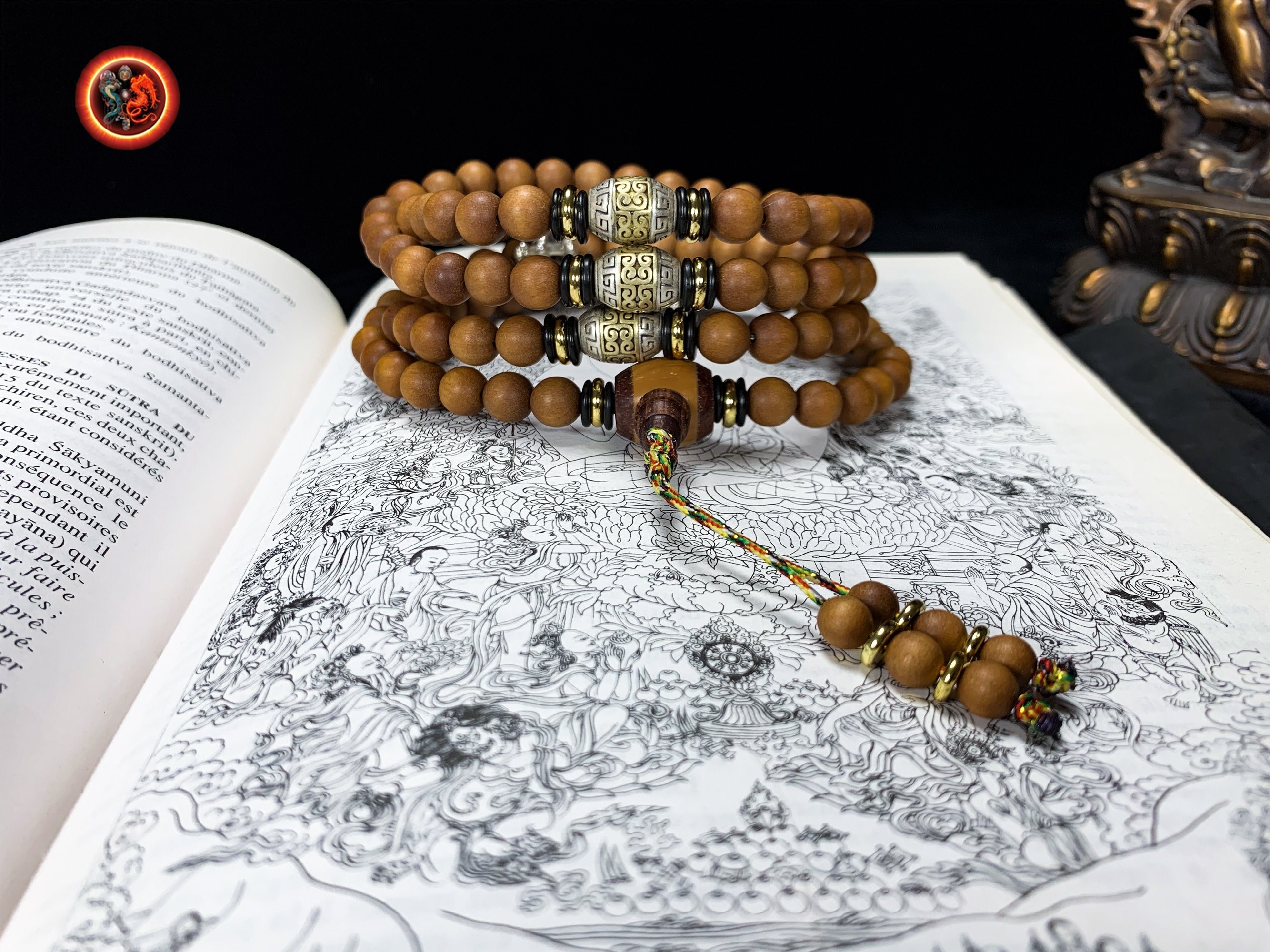 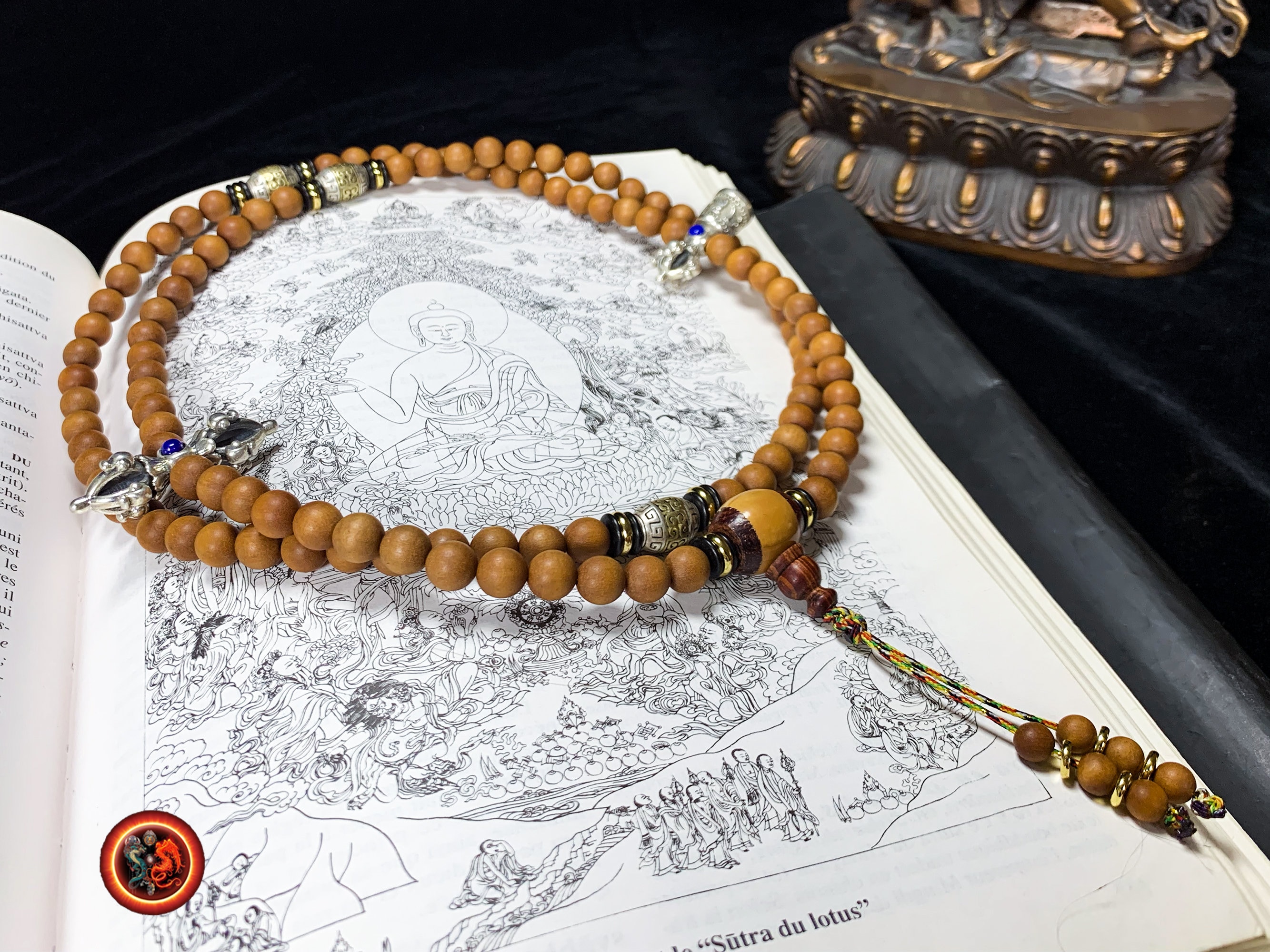 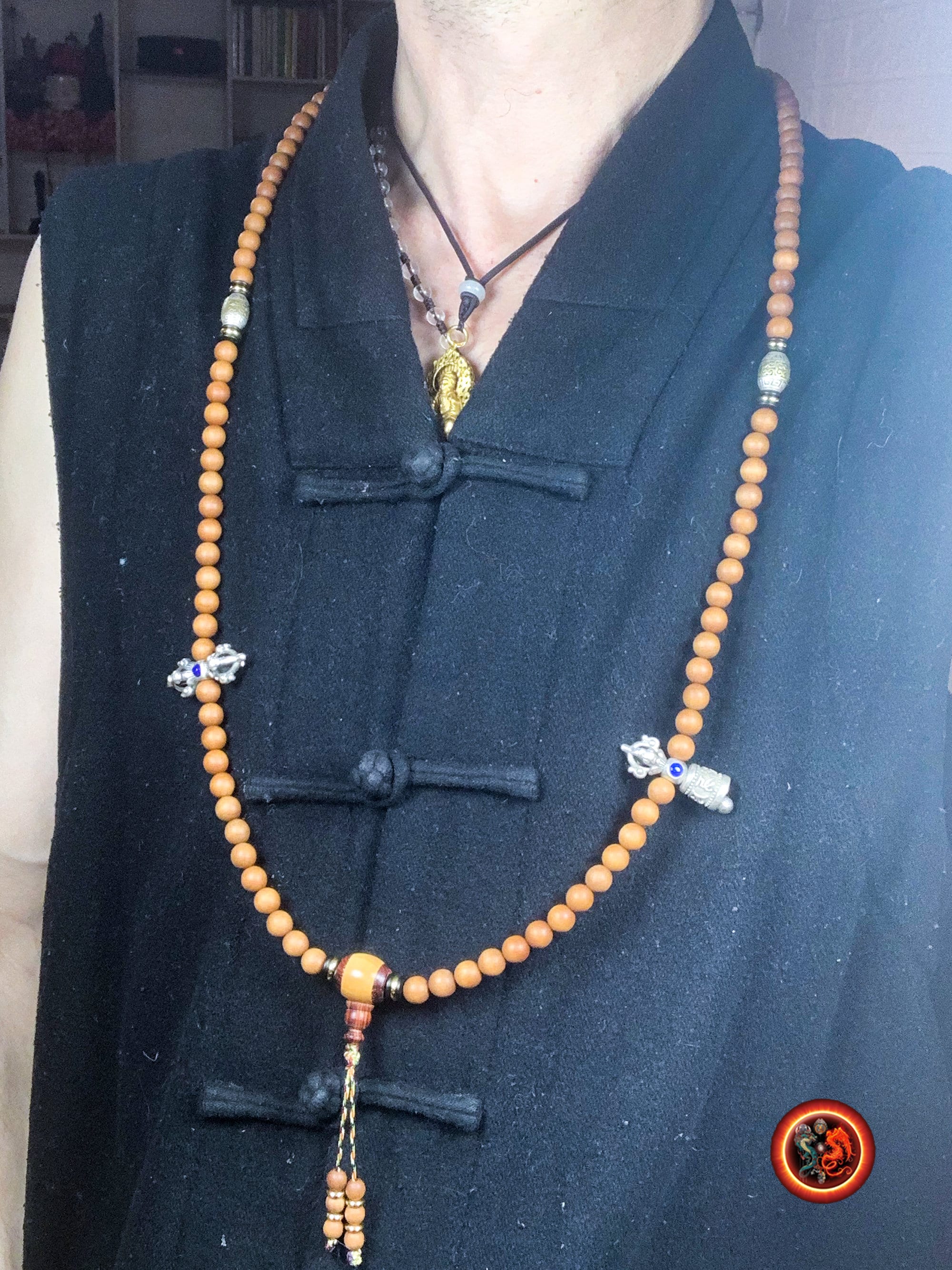 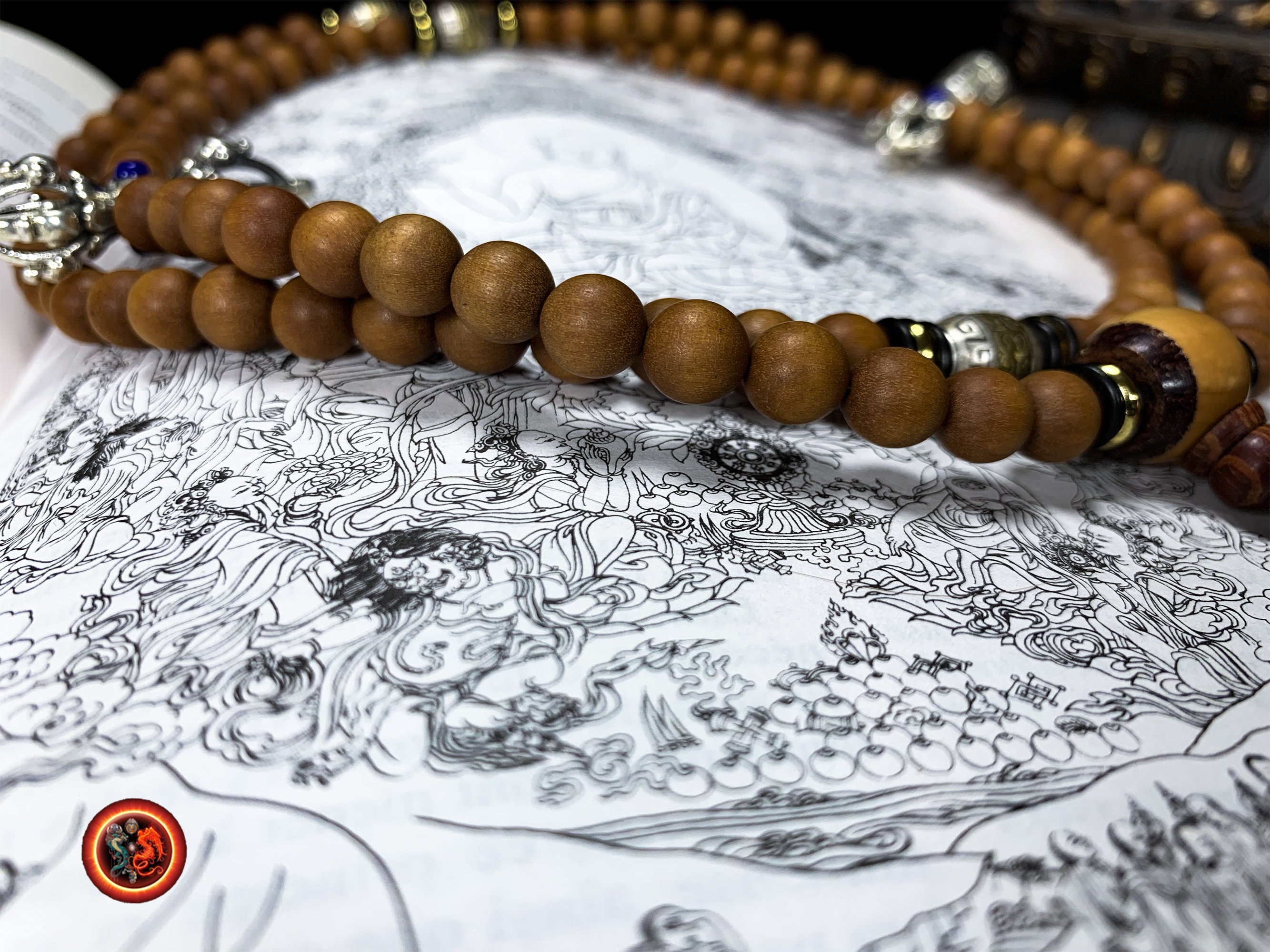 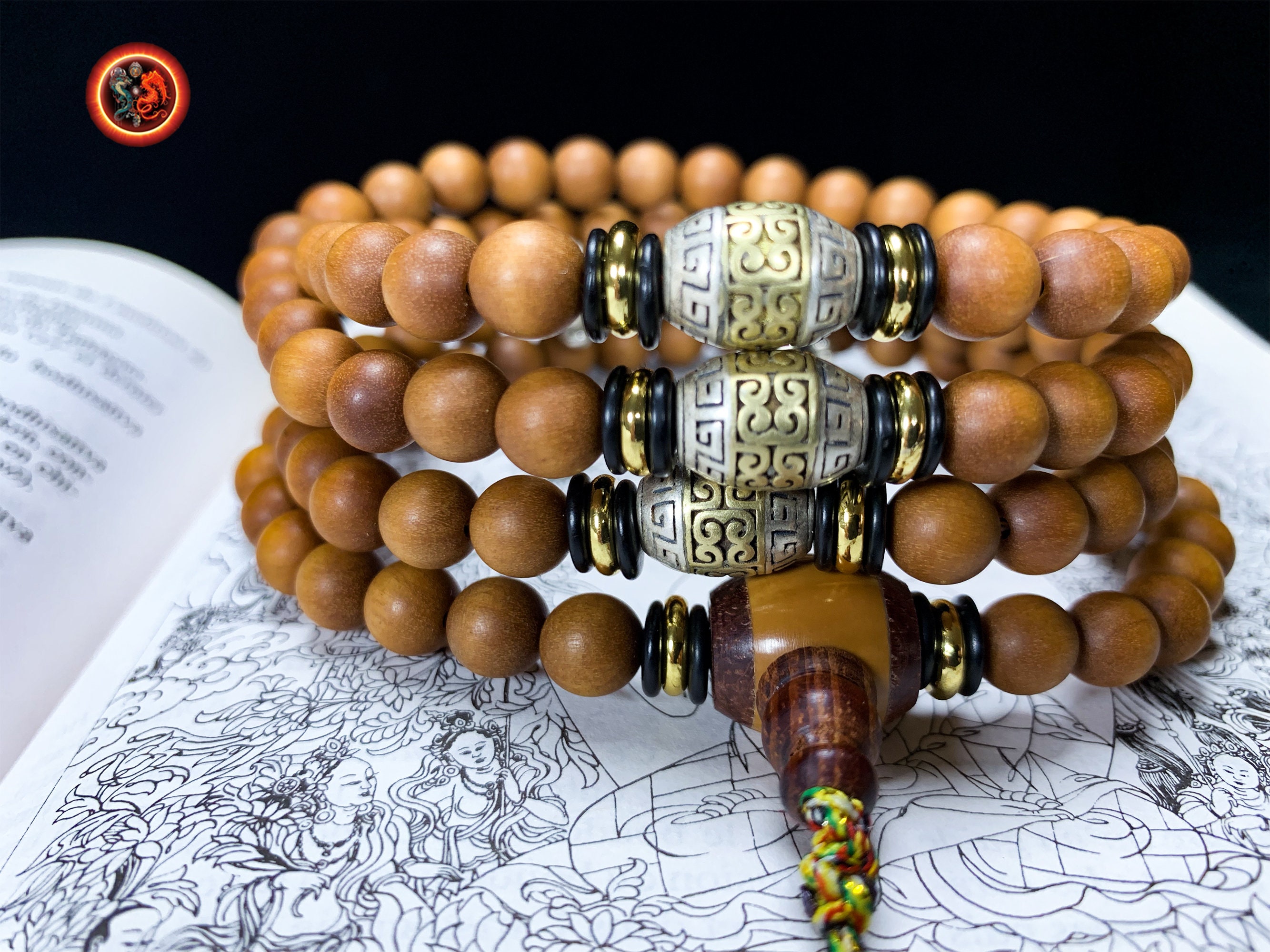 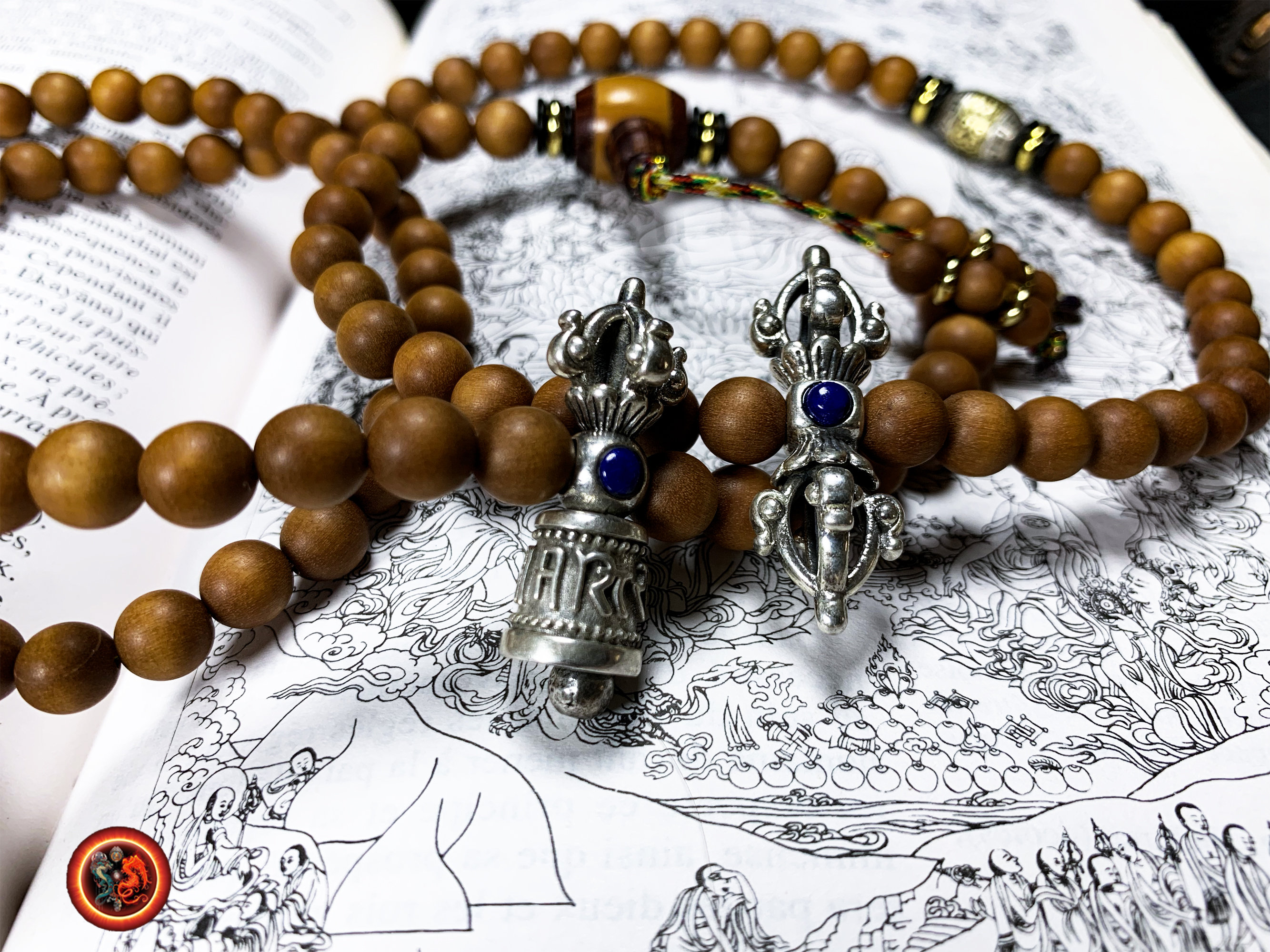 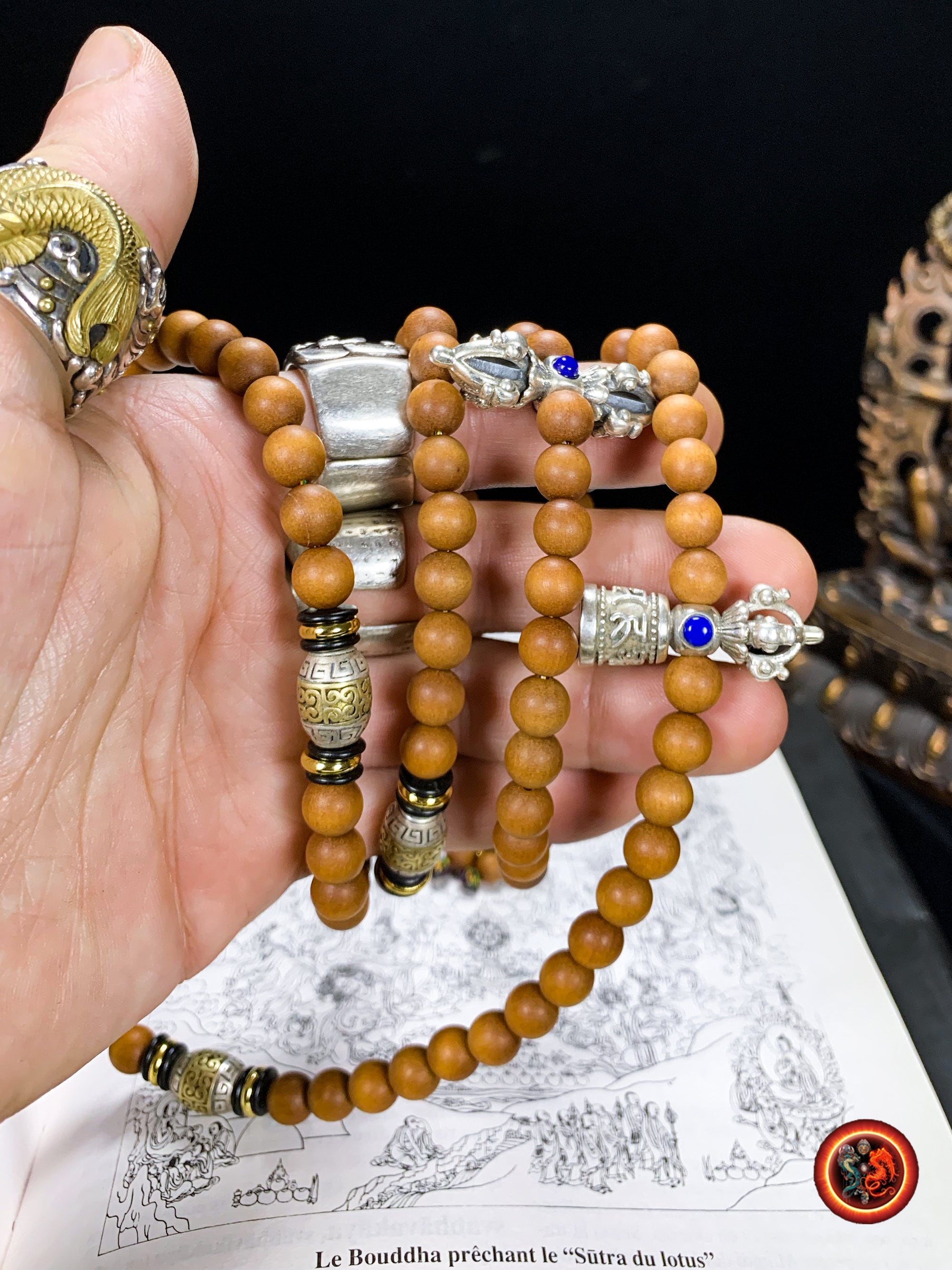 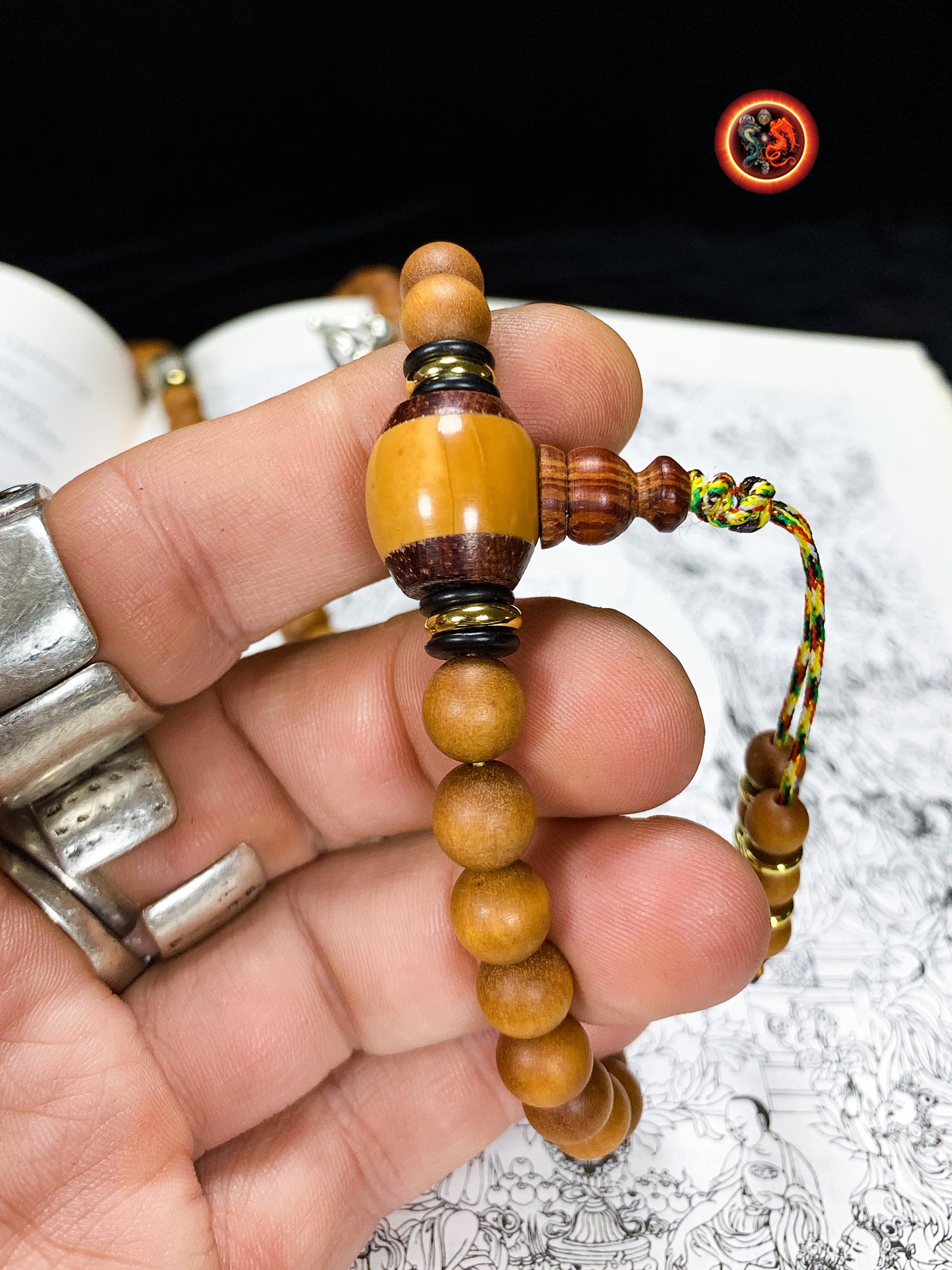 The cord used is a traditional cord, braid of 5 threads representing the 5 colors of the 5 meditation Buddhas

this mala is composed of 108 Hawaiian sandalwood pearls Santalum ellipticum
Dimension of each pearl: 8mm

REPRESENTATION OF THE BELL AND THE DORJE
Silver and copper
Every Buddhist practitioner in Tibet and every officiant of a ritual has three objects to which Tibetans attribute a deep and meticulous symbolism. These are the vajra, the bell and the mala.