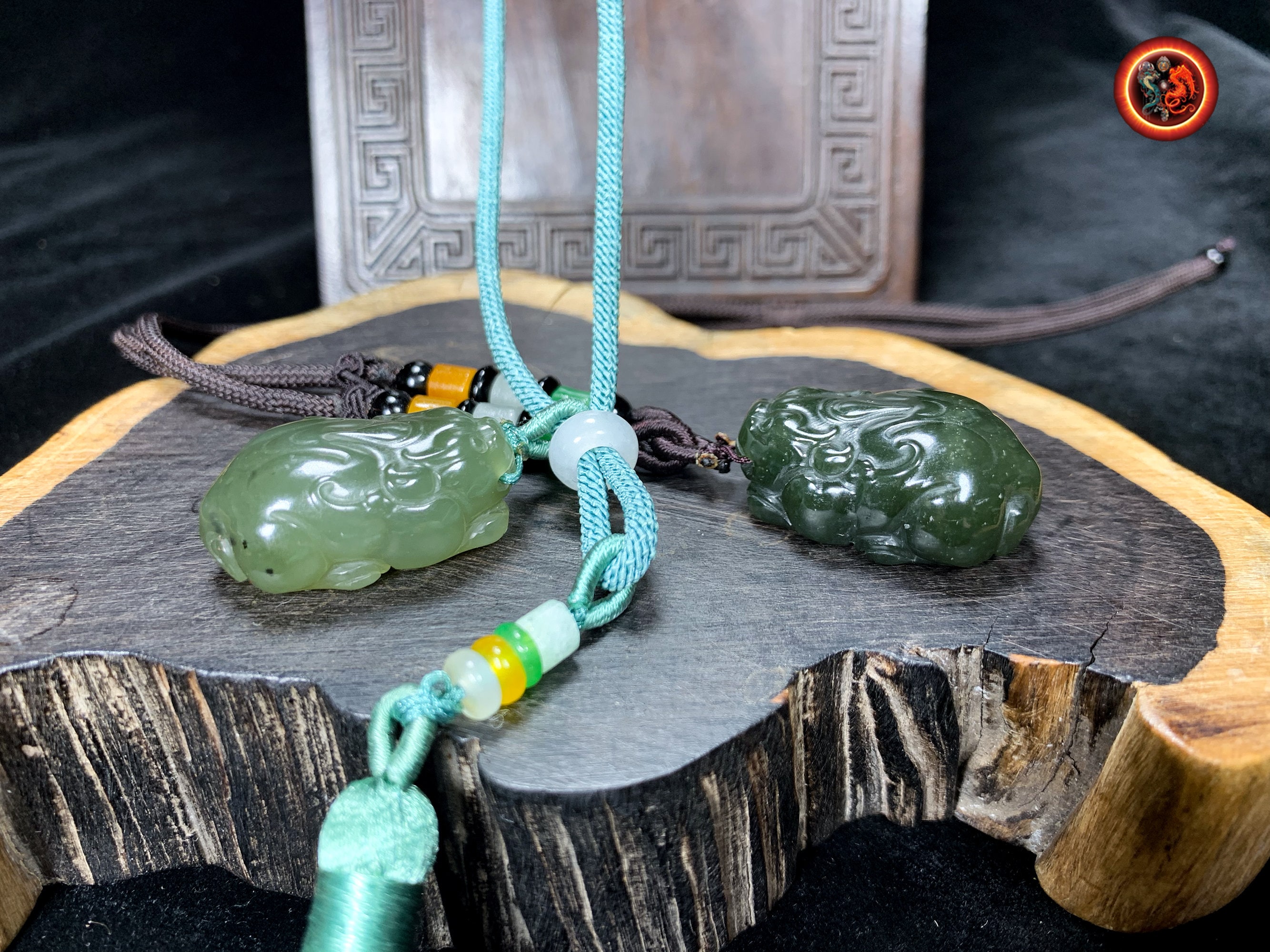 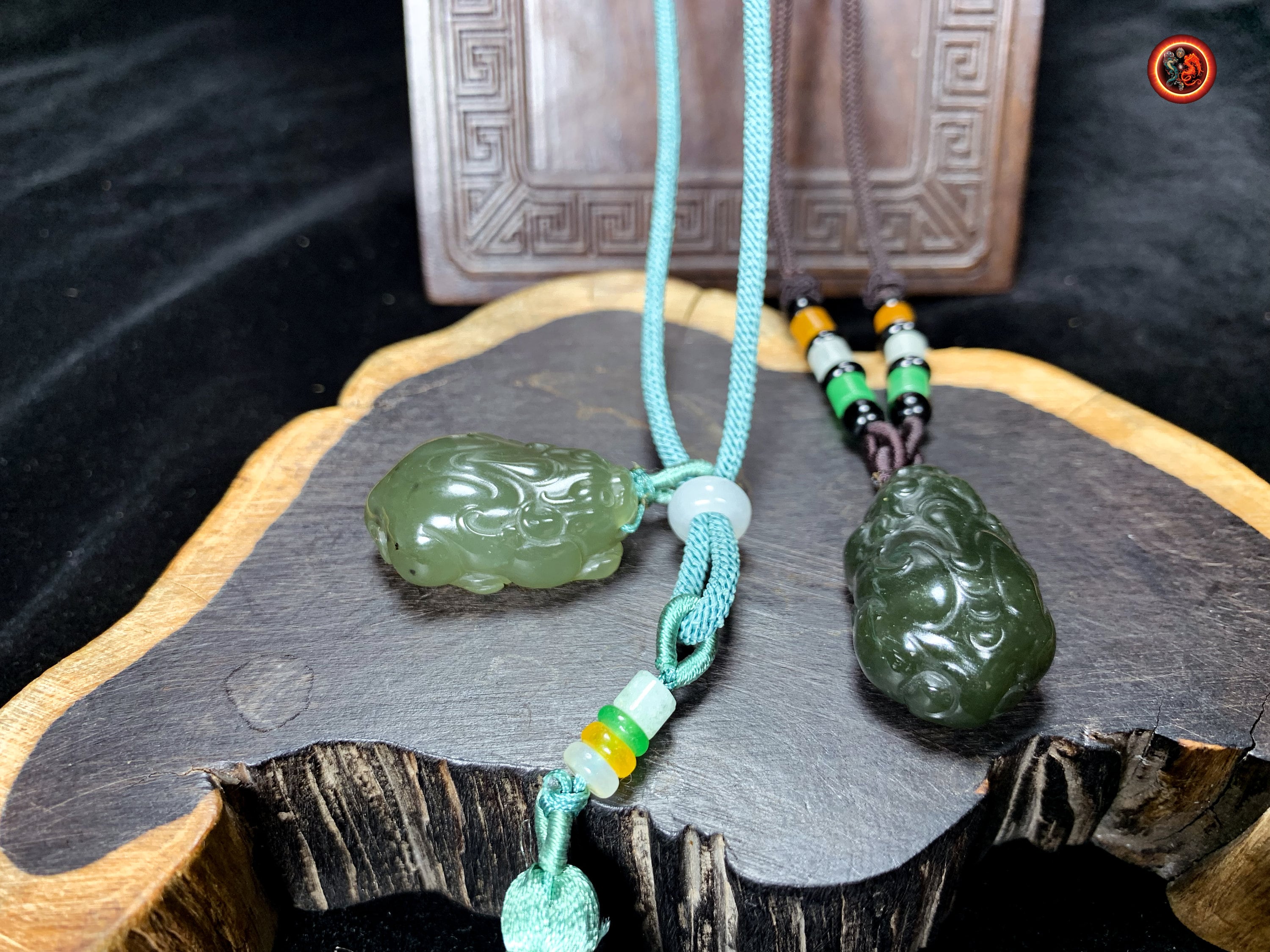 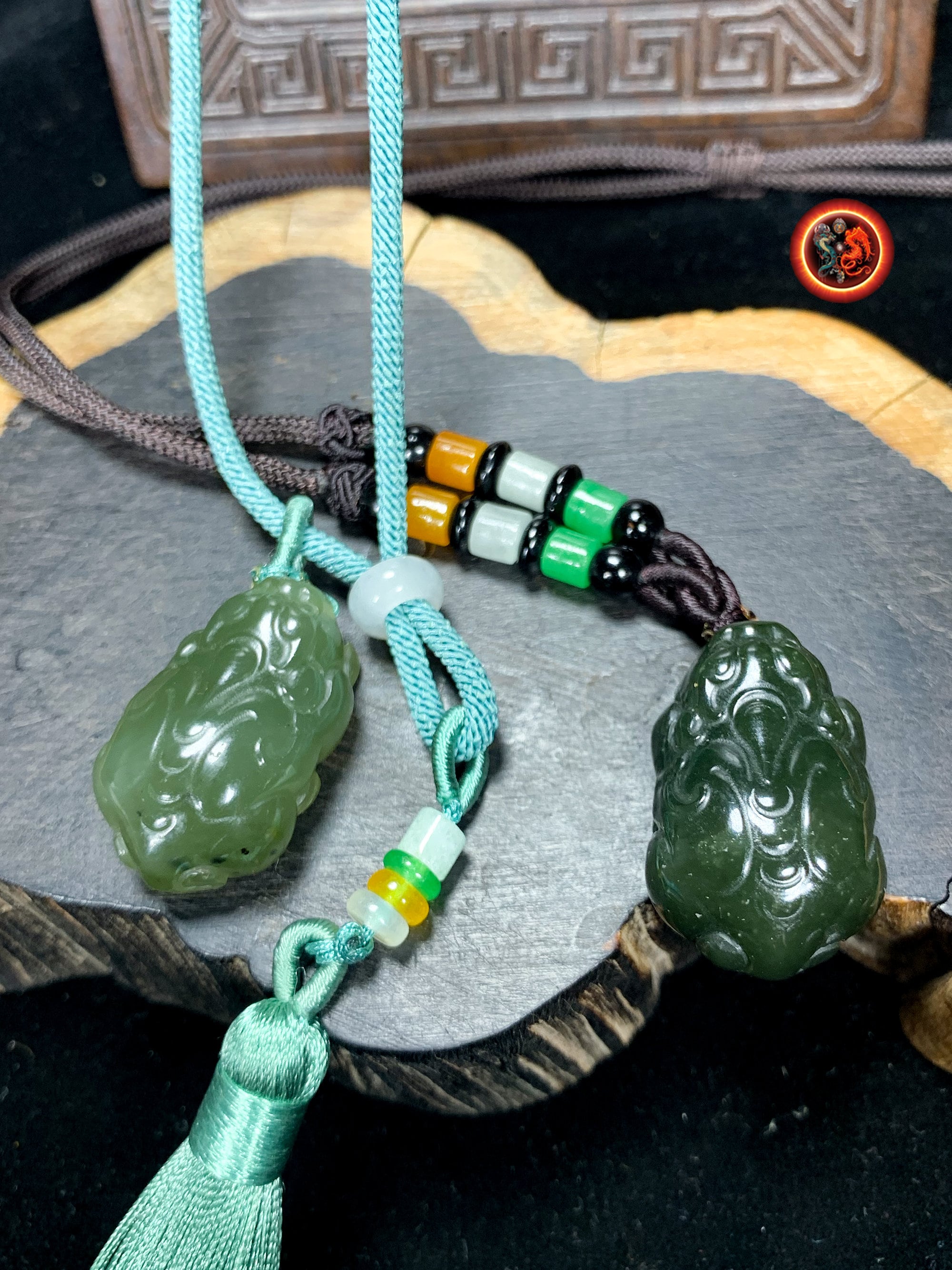 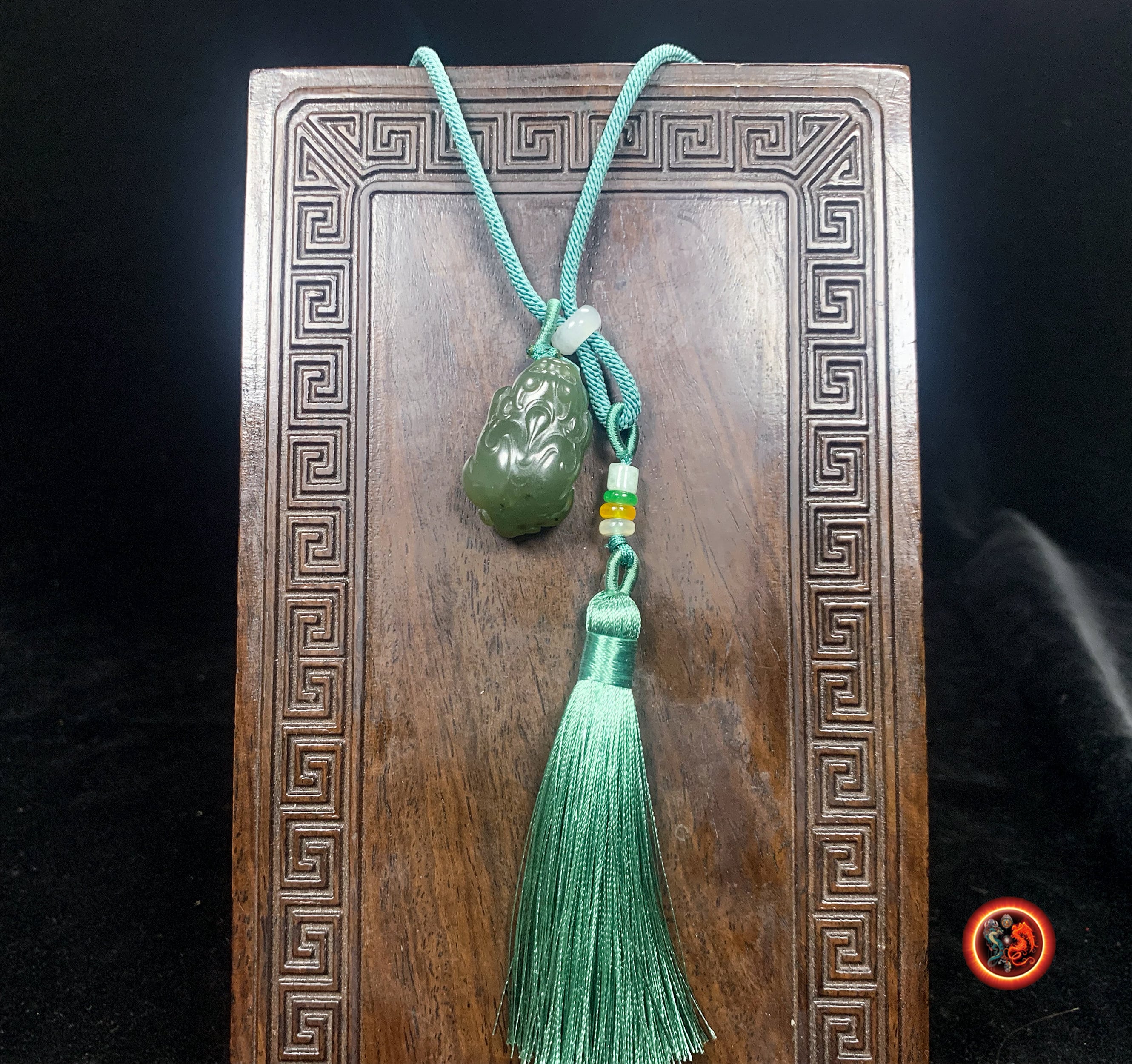 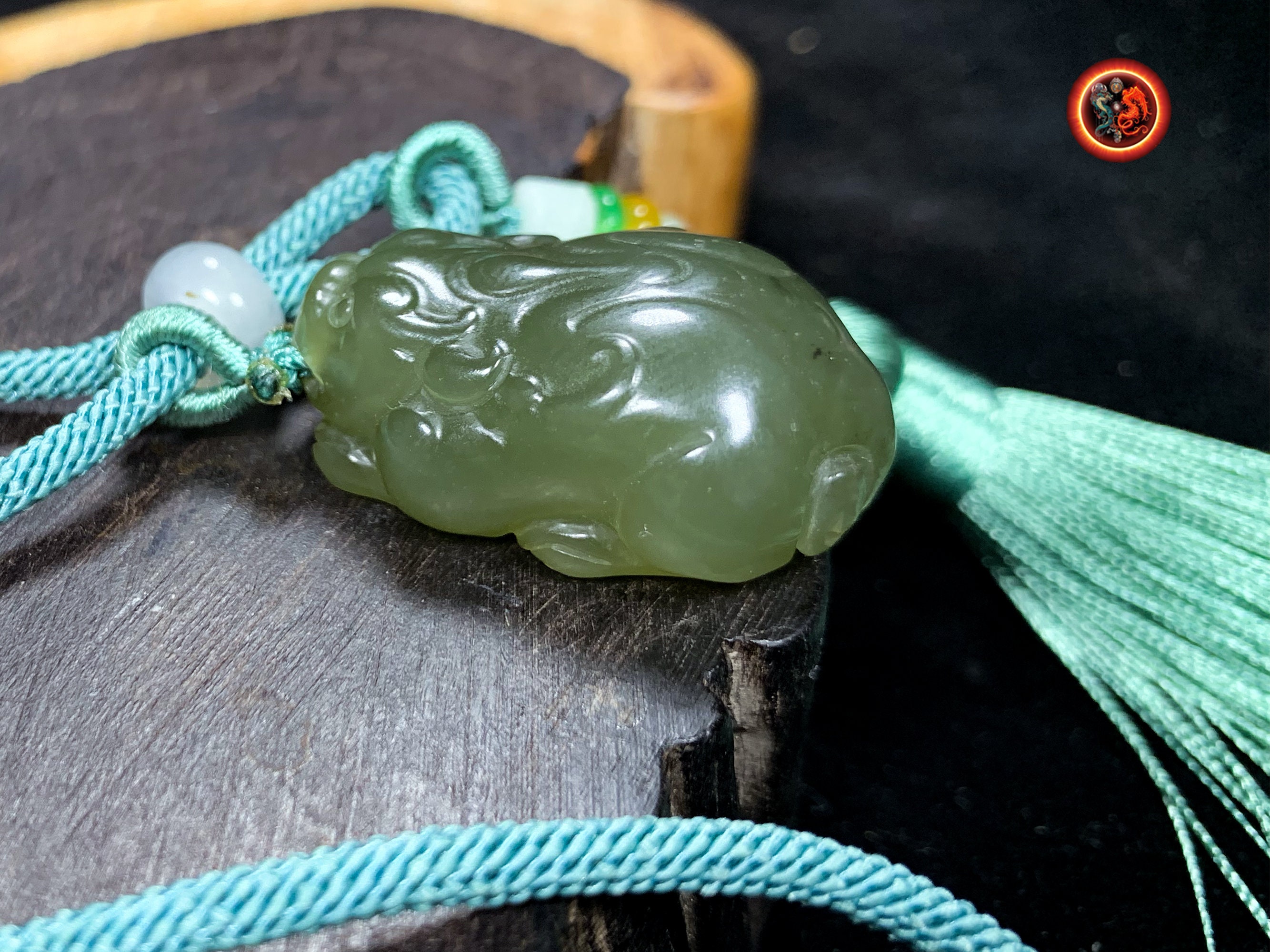 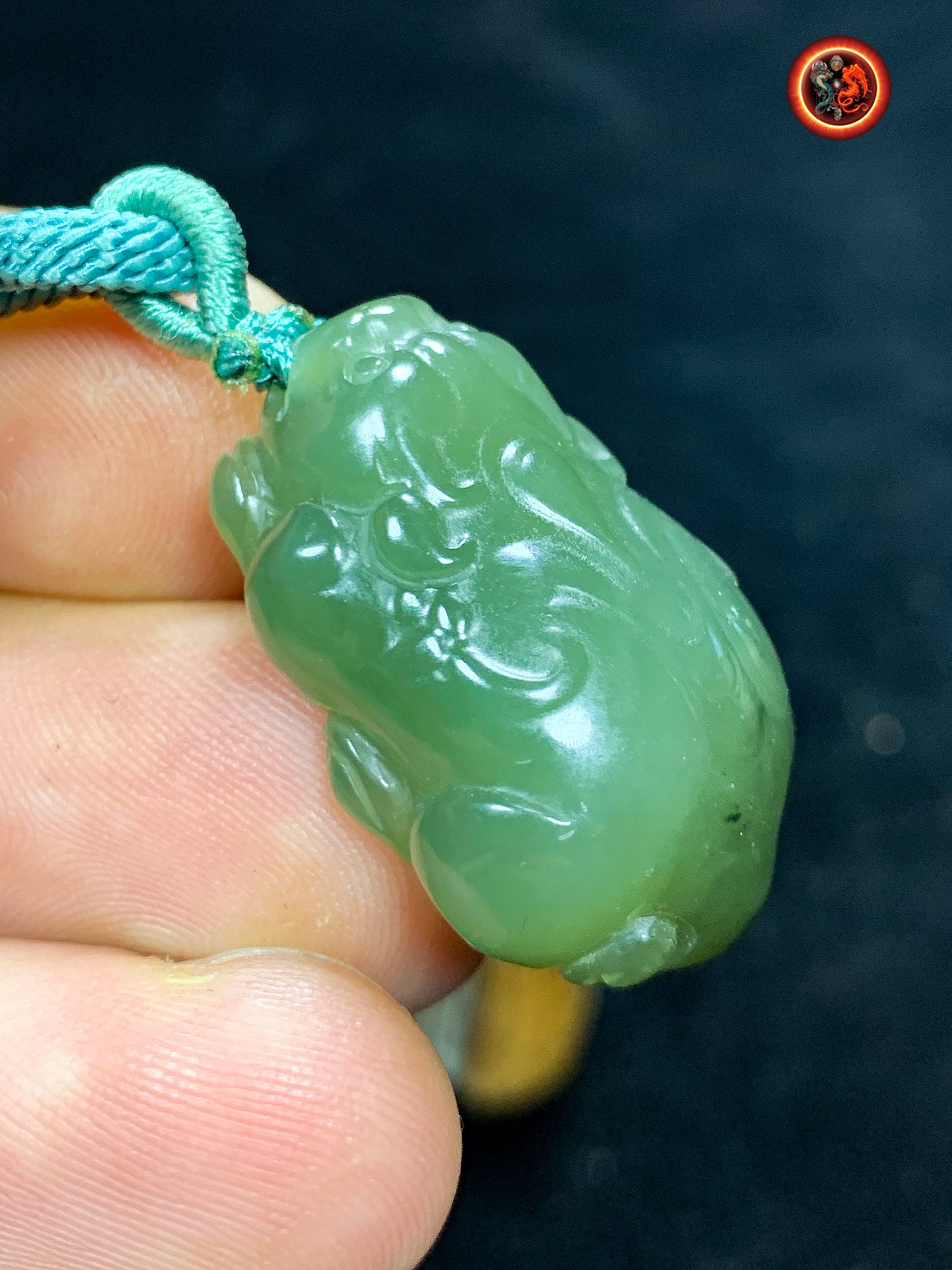 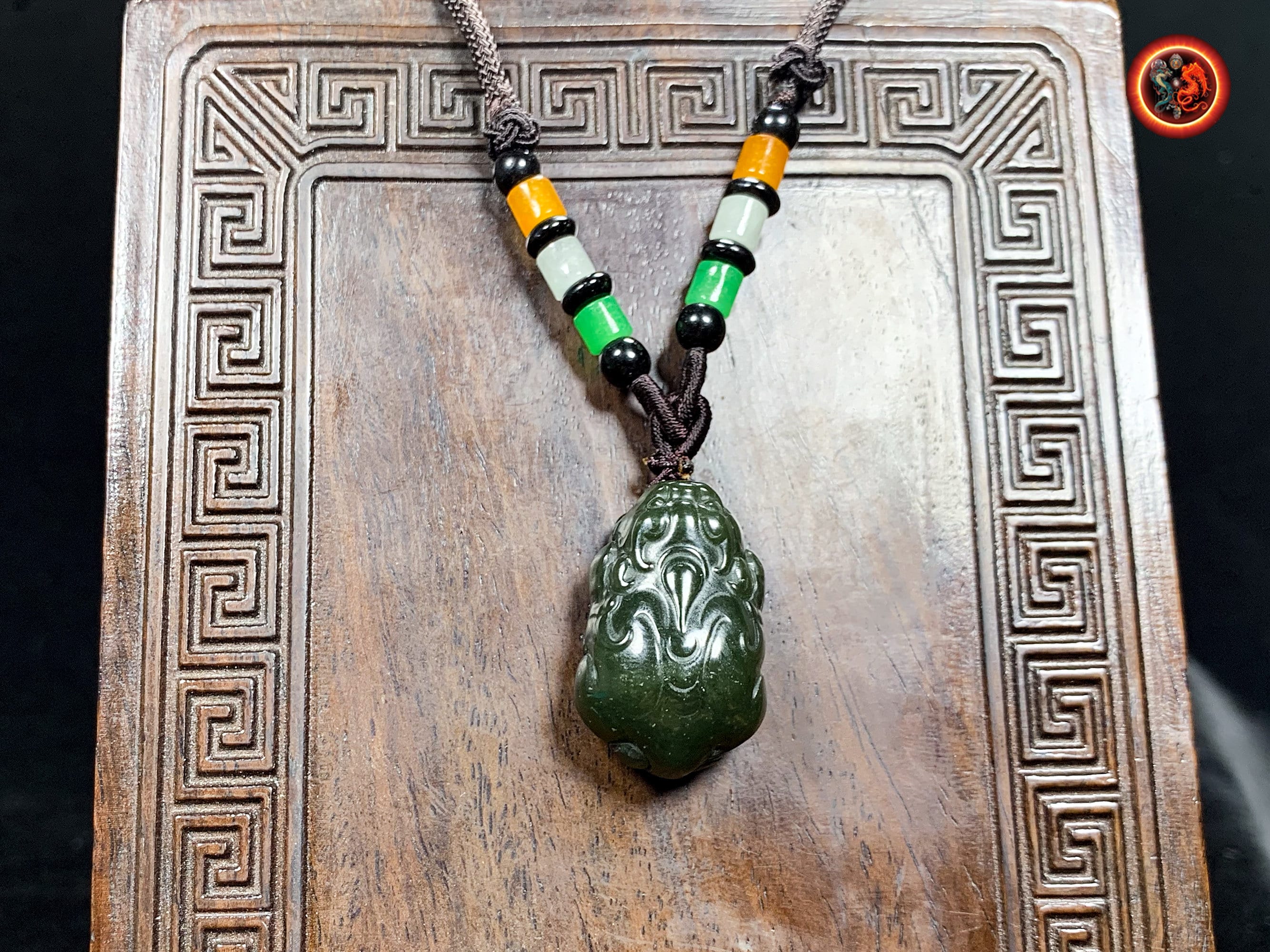 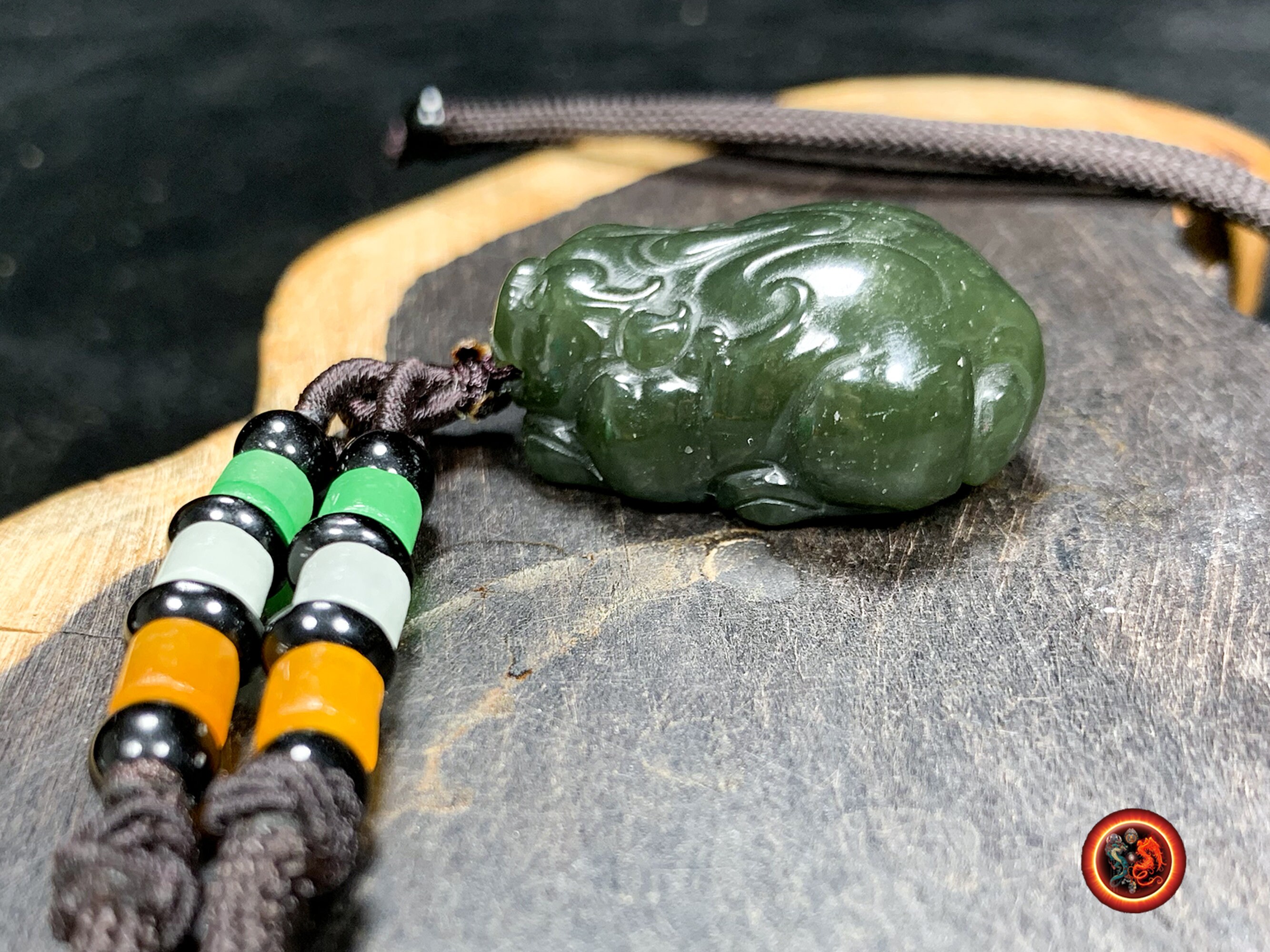 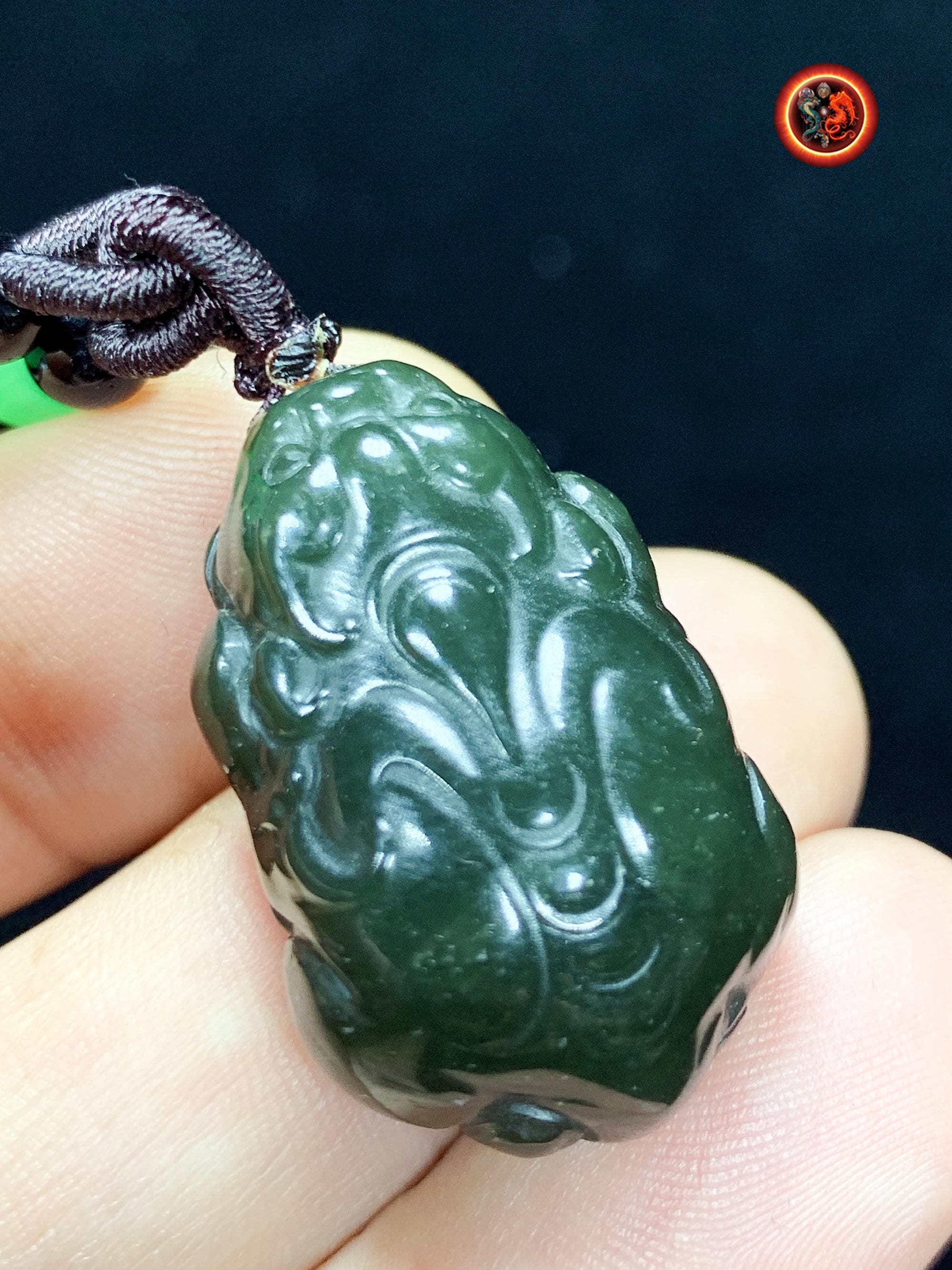 2 Pixiu pendants in nephrite jade.
Jade appraised and authenticated. Natural without any treatment.

jade type nephrite, hydroxyd silicate of calciumlmagnesium and iron, subclass of inosilicates, super group of amphiboles, variety of the actinote-tremolite series of Qinghai entirely natural and appraised by us
As a gemologist graduated from the National Institute of Gemmology of Paris (ING), all our stones are appraised and certified.

To discover our entire shop, please click on this link
https://www.etsy.com/fr/shop/DongmeietJeremyZG?ref=seller-platform-mcnav§ion_id=23827698