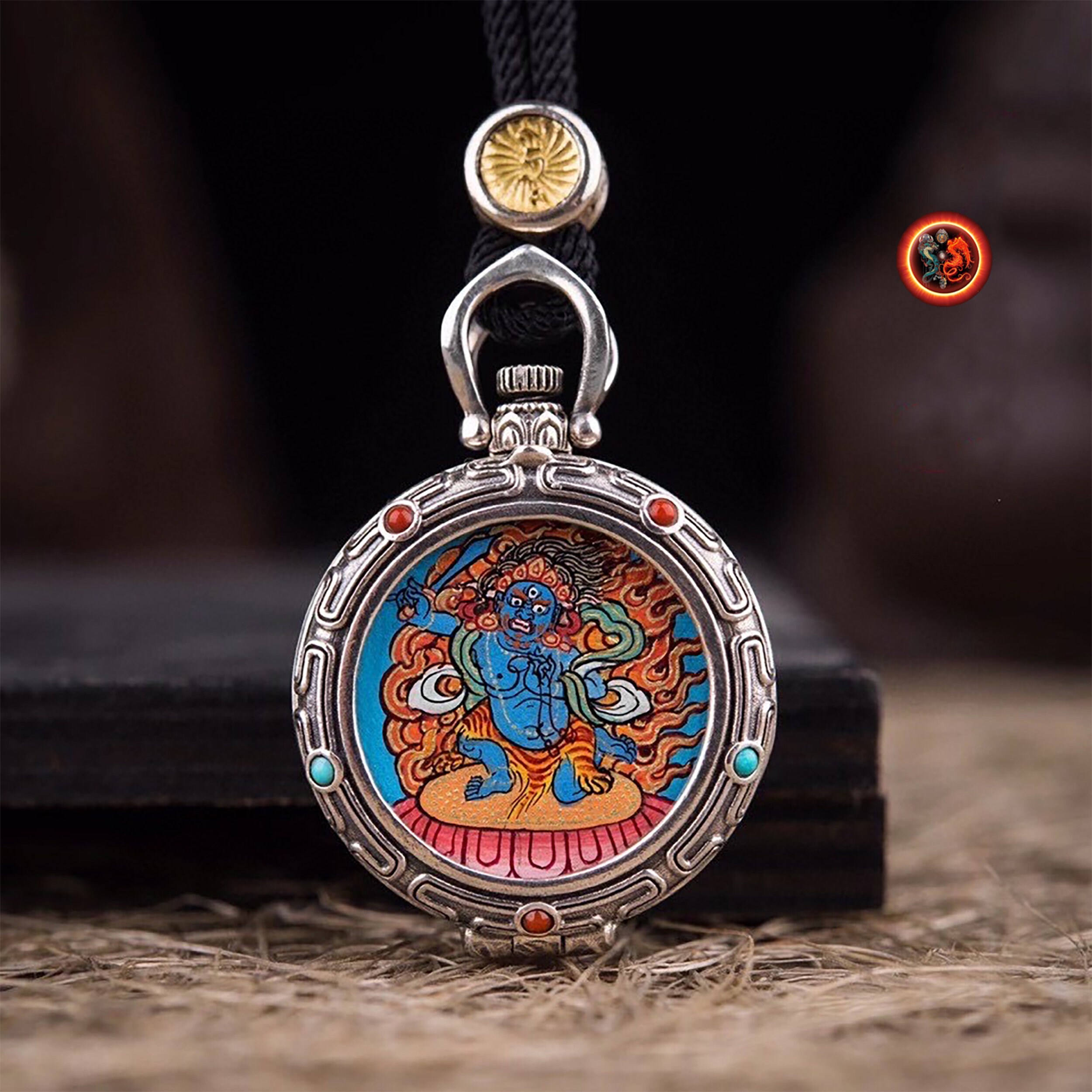 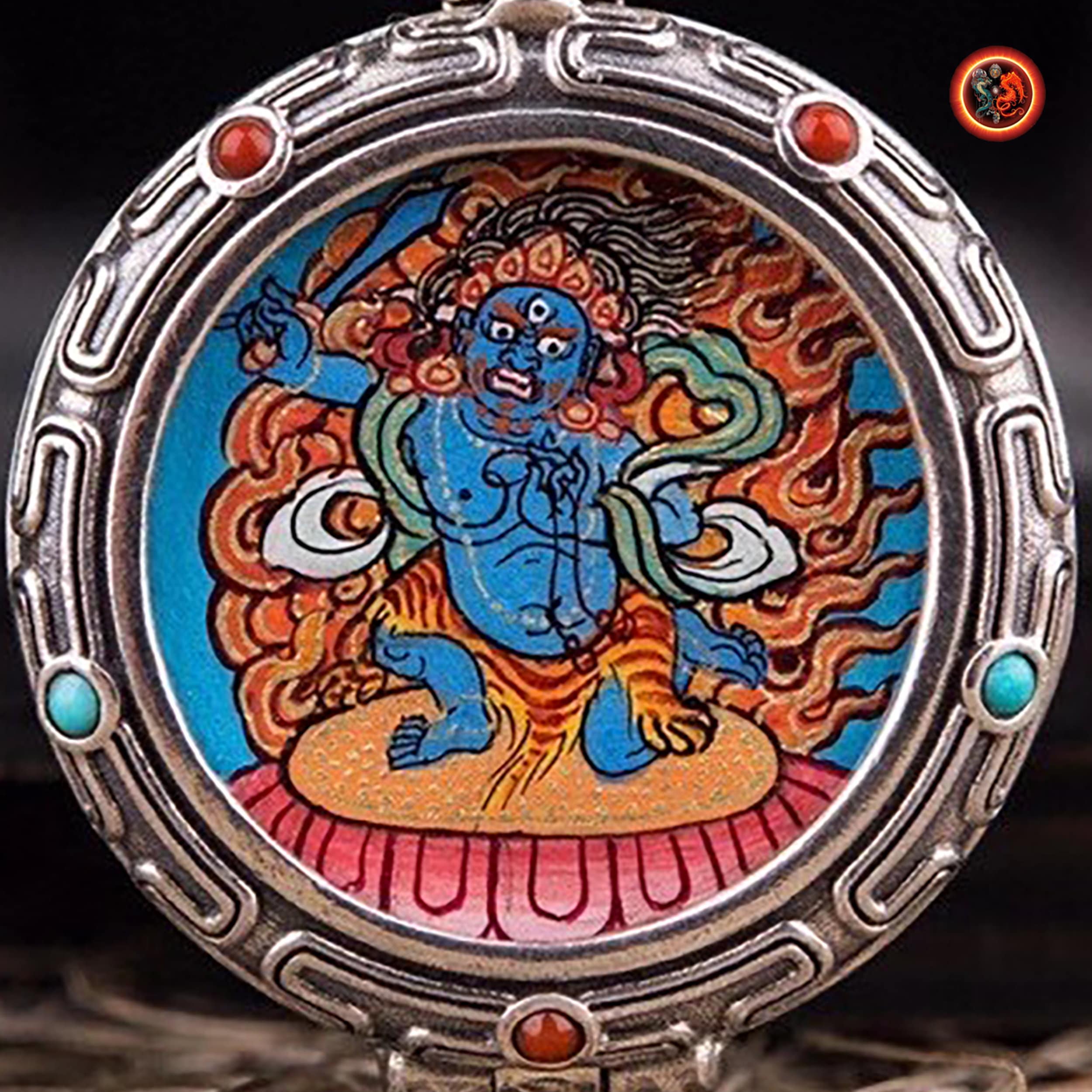 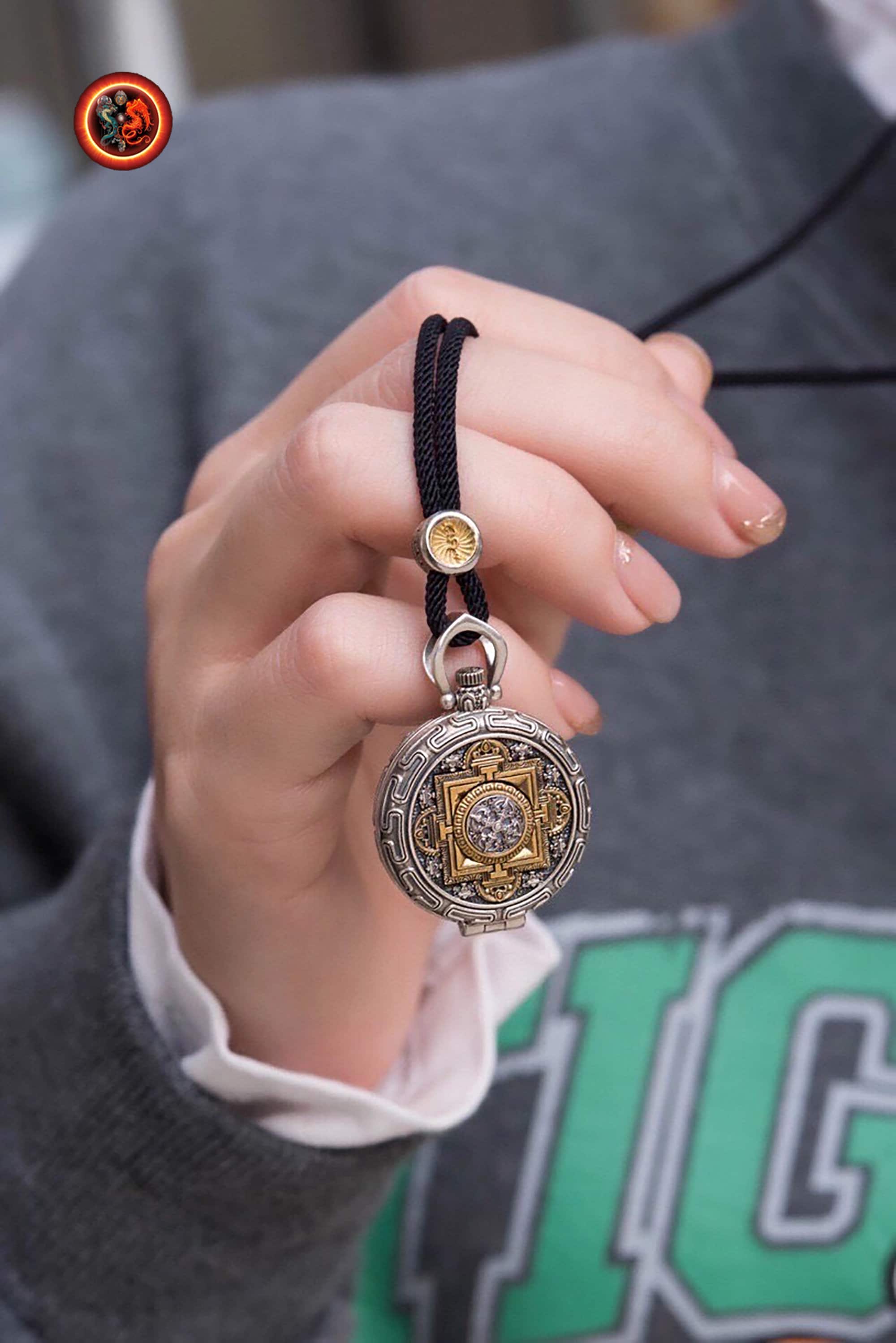 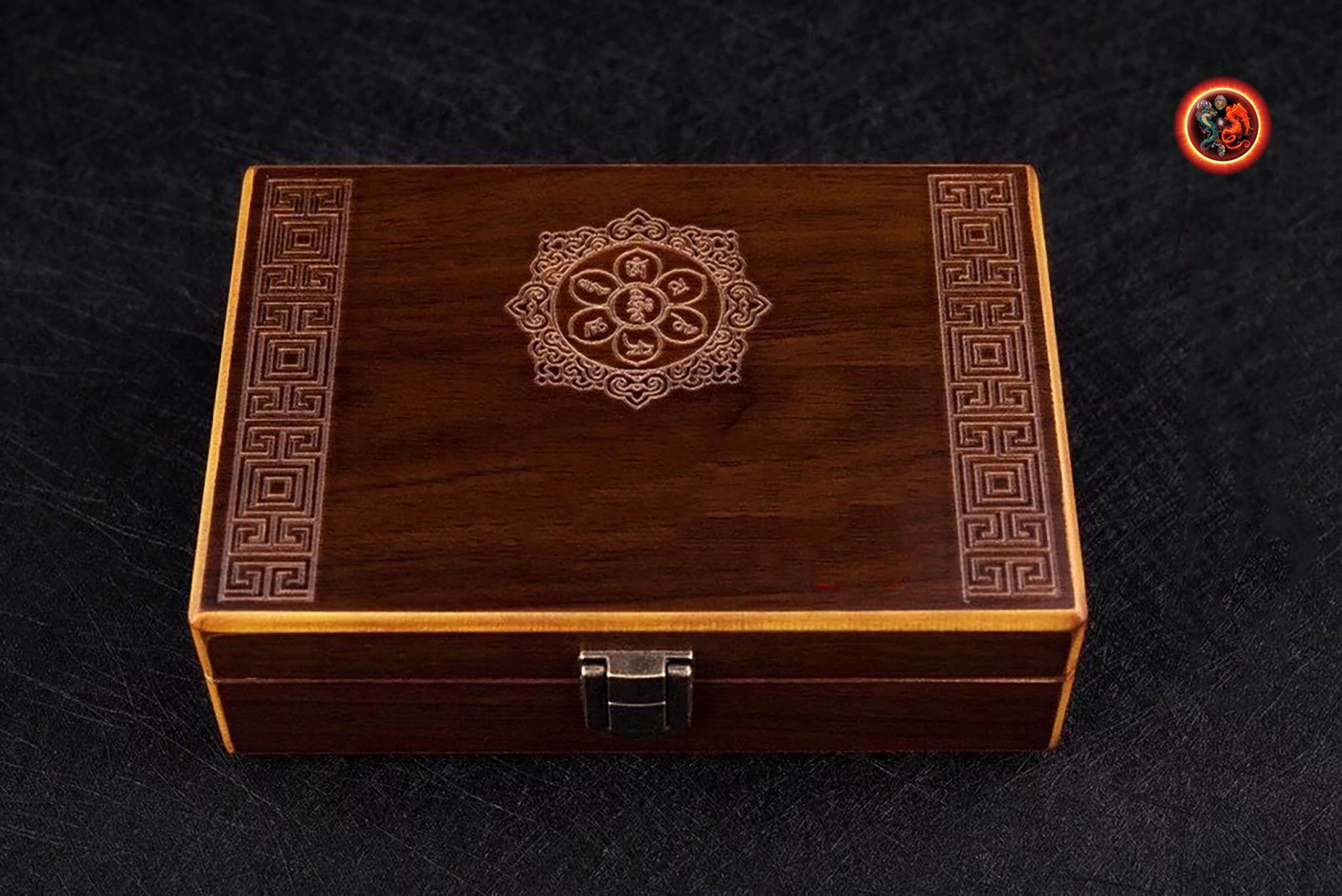 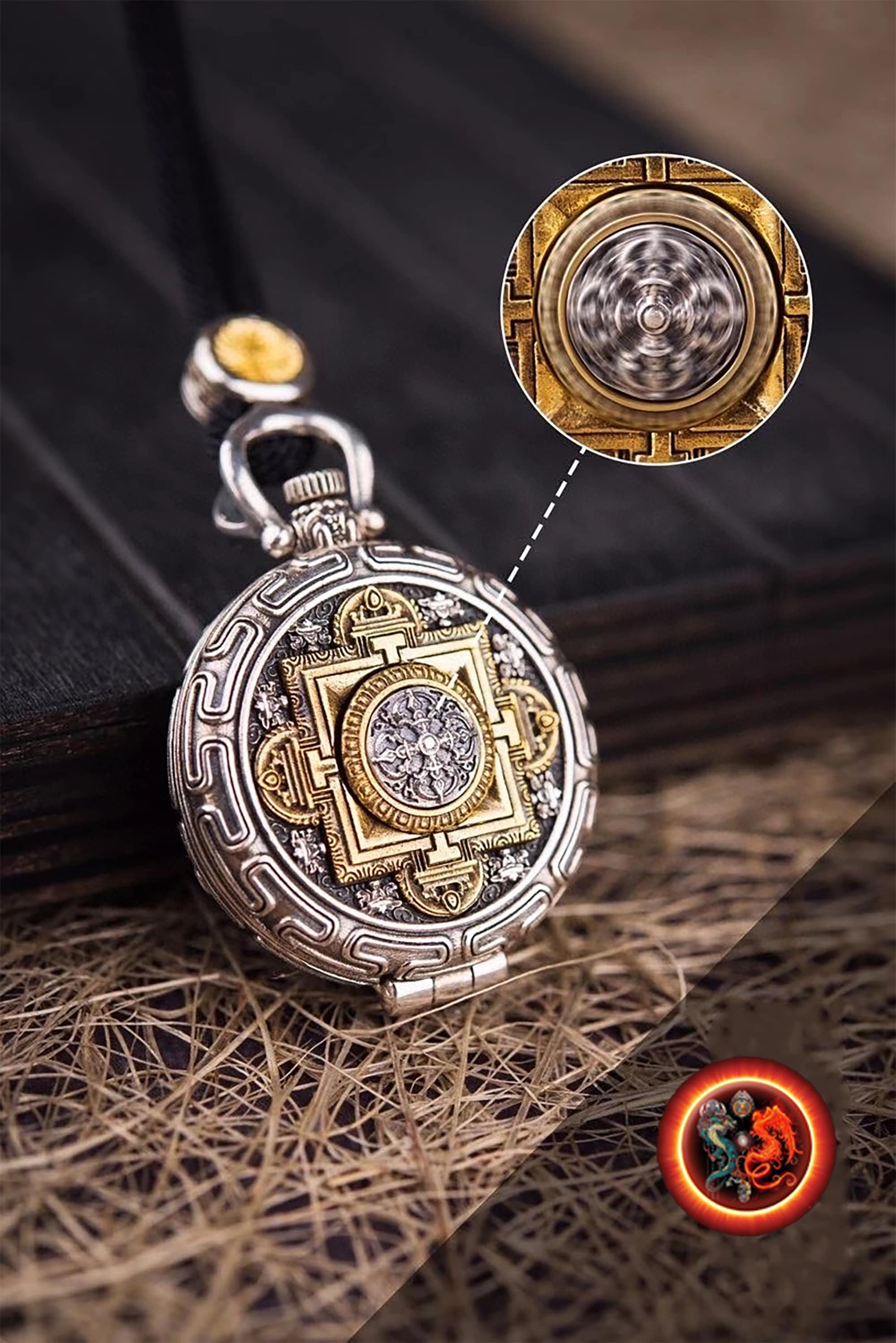 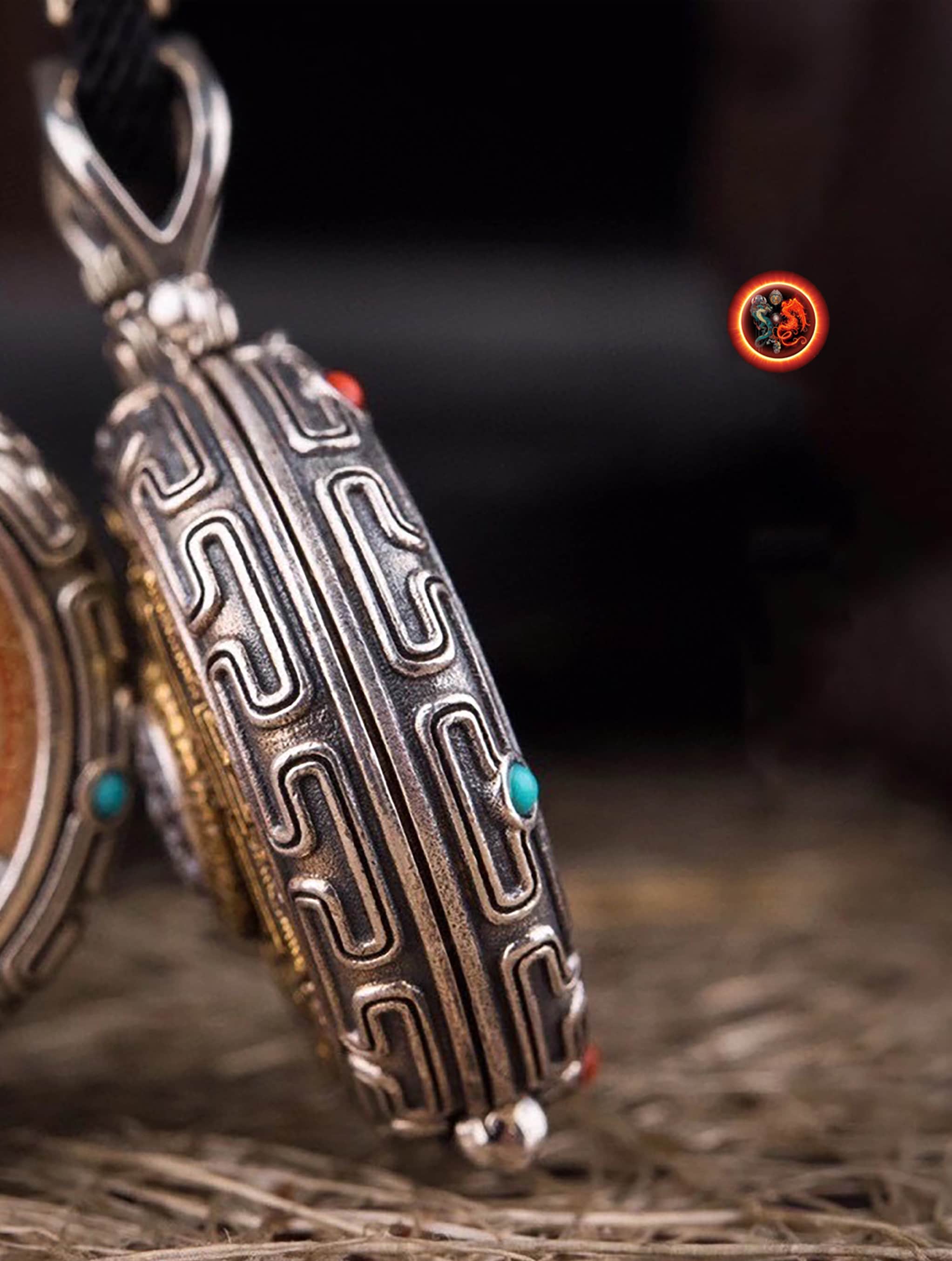 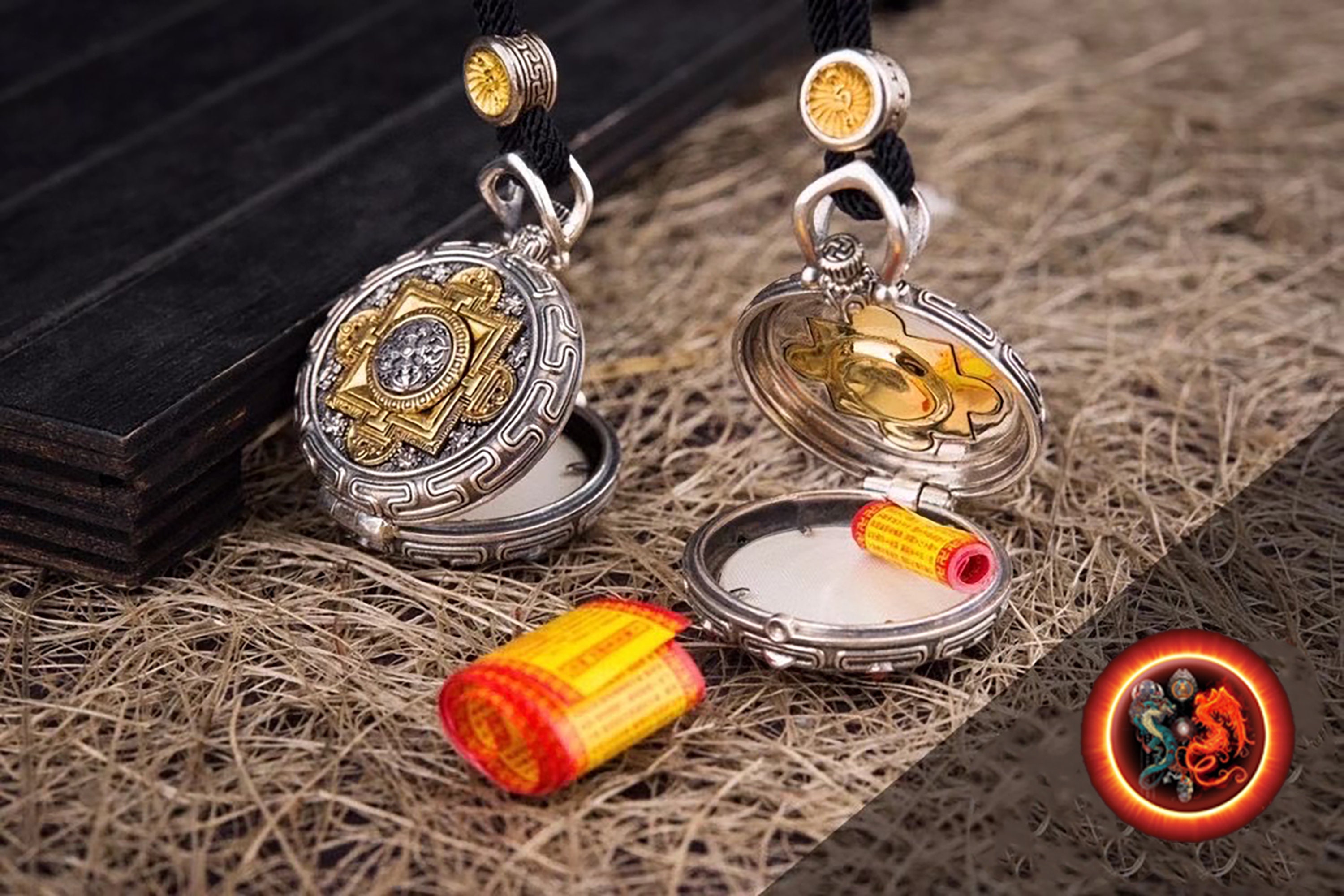 Ghau, Tibetan Buddhism amulet, Vajrapani
The ghau is a kind of transportable altar in which the image of the chosen deity of the possessor is kept, wrapped in silk garments. The vast majority of Tibetans use the ghau at home and carry it during their travels. They keep it on a real altar at home. During travels, it is hung on the back belt. It serves as a protective symbol during travels and also allows its owner to prove his devotion to his deity.
silver 925
Gold
Copper
Arizona turquoise "sleeping beauty"
Agate known as nan hong (southern red), a baoshan deposit in Yunnan province.
An exclusively Chinese mineral, this agate called nan hong (southern red) holds its very particular color by its link with cinnabar on the deposits. . Places of deposits (volcanic) Yunnan region baoshan site, Sichuan site of Liangshan for the only two deposits.

VAJRAPANI
Vajrapani is a bodhisattva that represents the energy of the awakened mind and its mantra also symbolizes this quality.
Vajrapani is a very popular figure of Tantric Buddhism He is depicted dancing wildly in the center of a halo of flames, which represent transformation. He holds in his right hand a vajra (lightning or diamond lightning) that shows with what force he slices in the darkness of illusion. Vajrapani looks angry but, as a representation of the awakened mind, he is completely devoid of hatred.
Vajrapani is a deva in Hinduism but also a boddhisattva for Buddhists. "He appears as early as the 2nd century in Mahāyāna iconography as endowed with great strength and as protector of the Buddha. In Greco-Buddhist art he resembles Heracles, holding in his hand a short club in the shape of a vajra. He is identified with the "powerful elephant"" protector who is said to have watched over Shākyamuni at birth. Similarly, it is claimed that it was he who protected the Buddha from a landslide during his preaching at the Vulture Peak. »