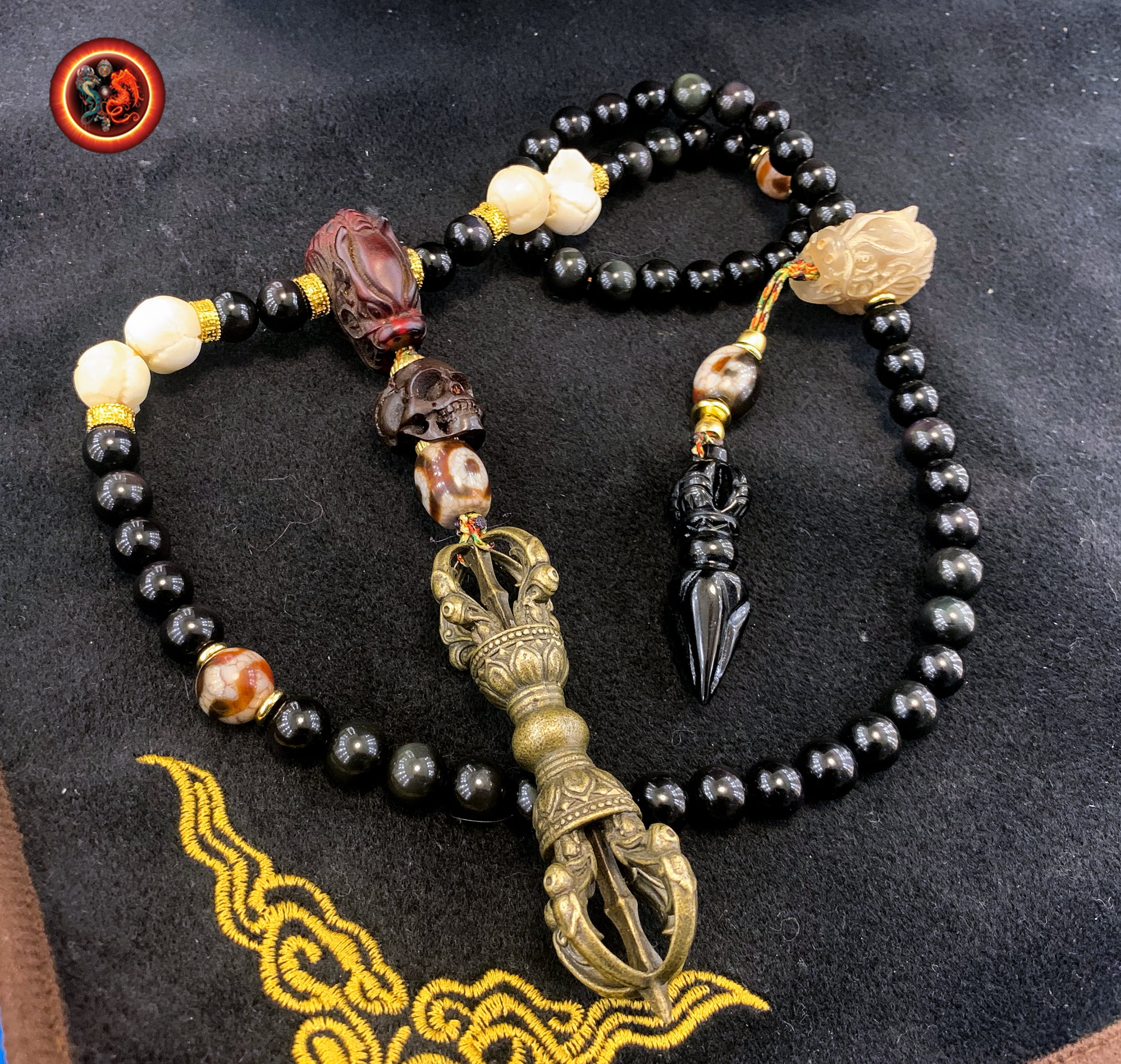 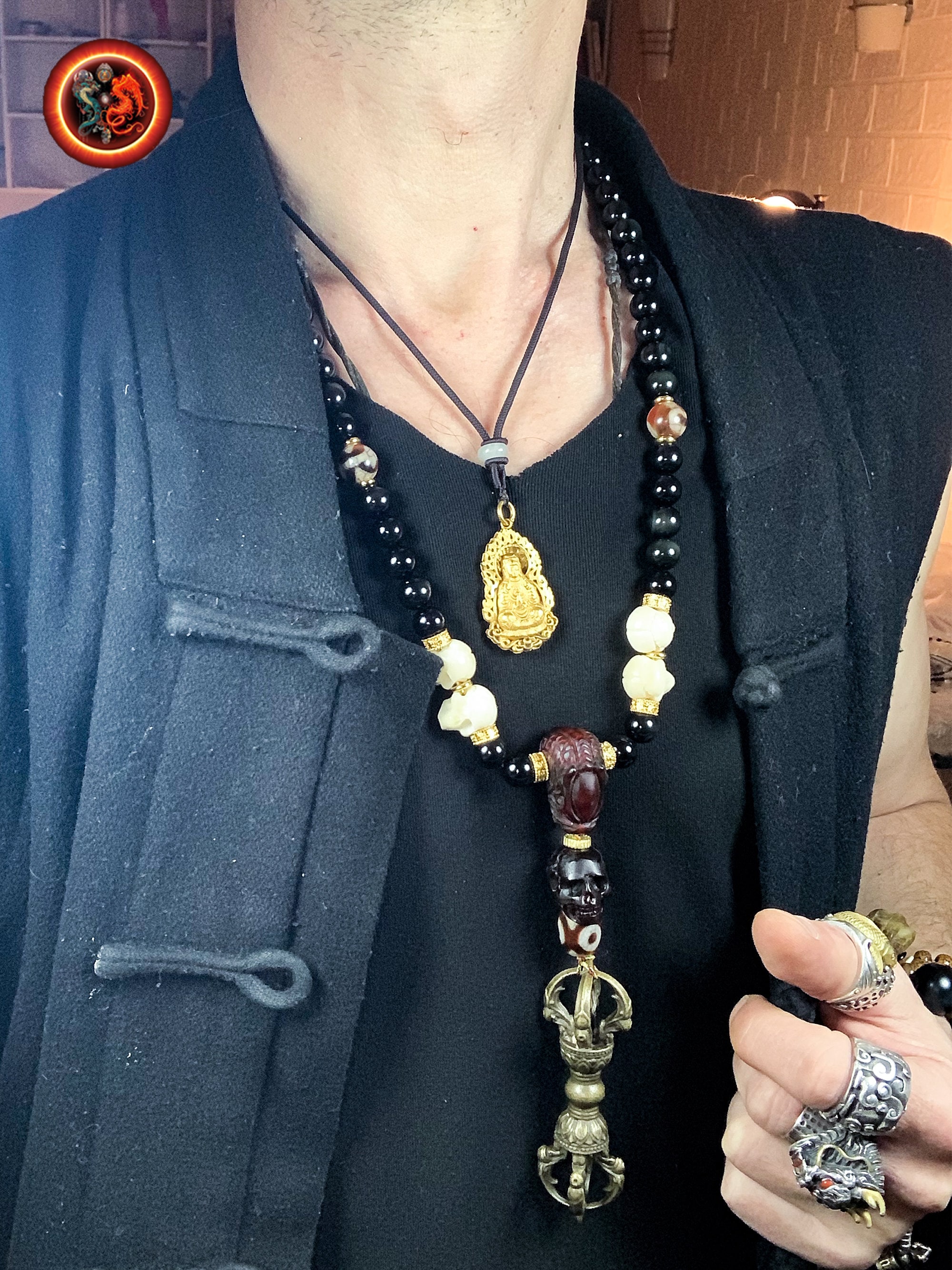 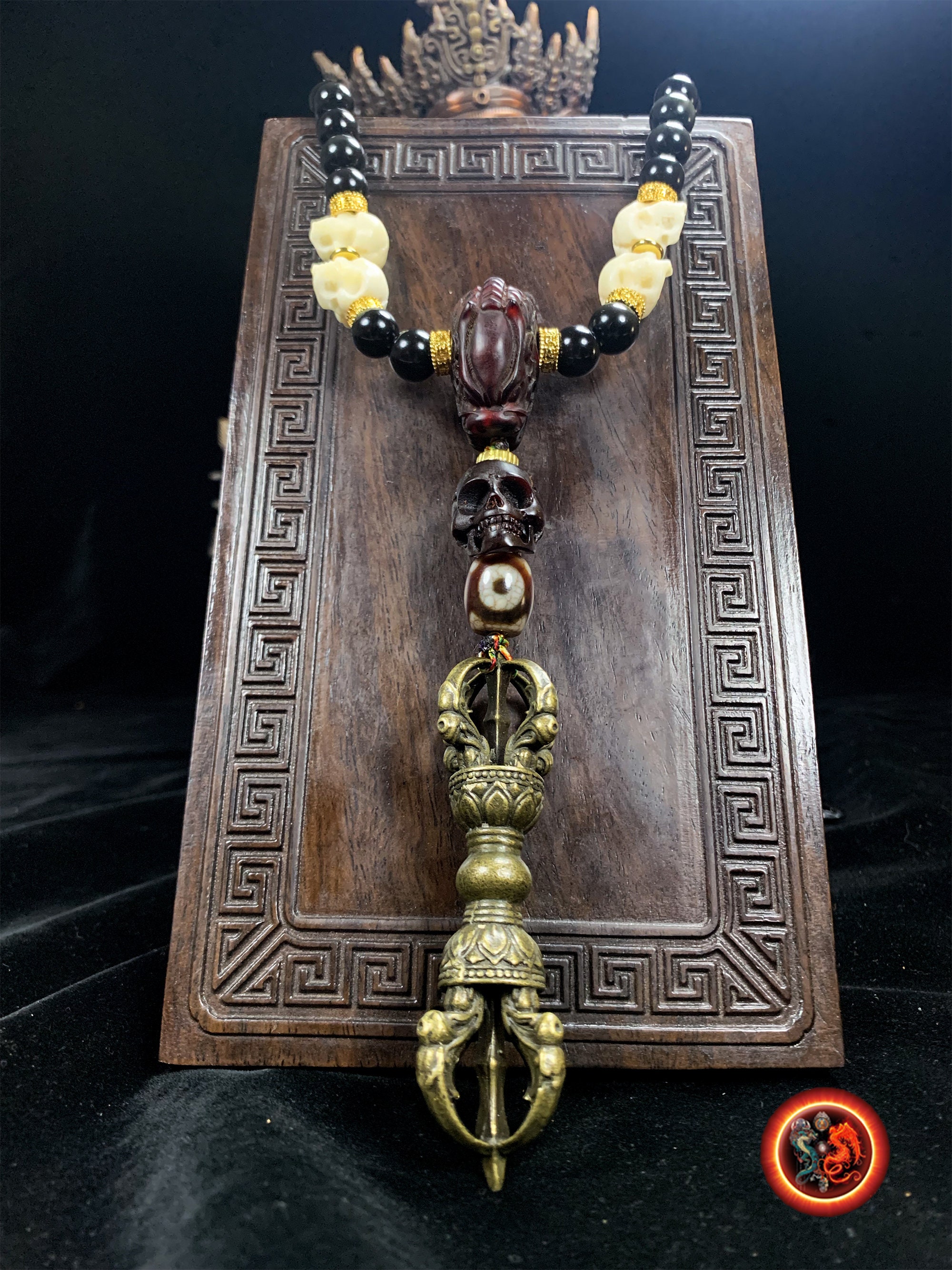 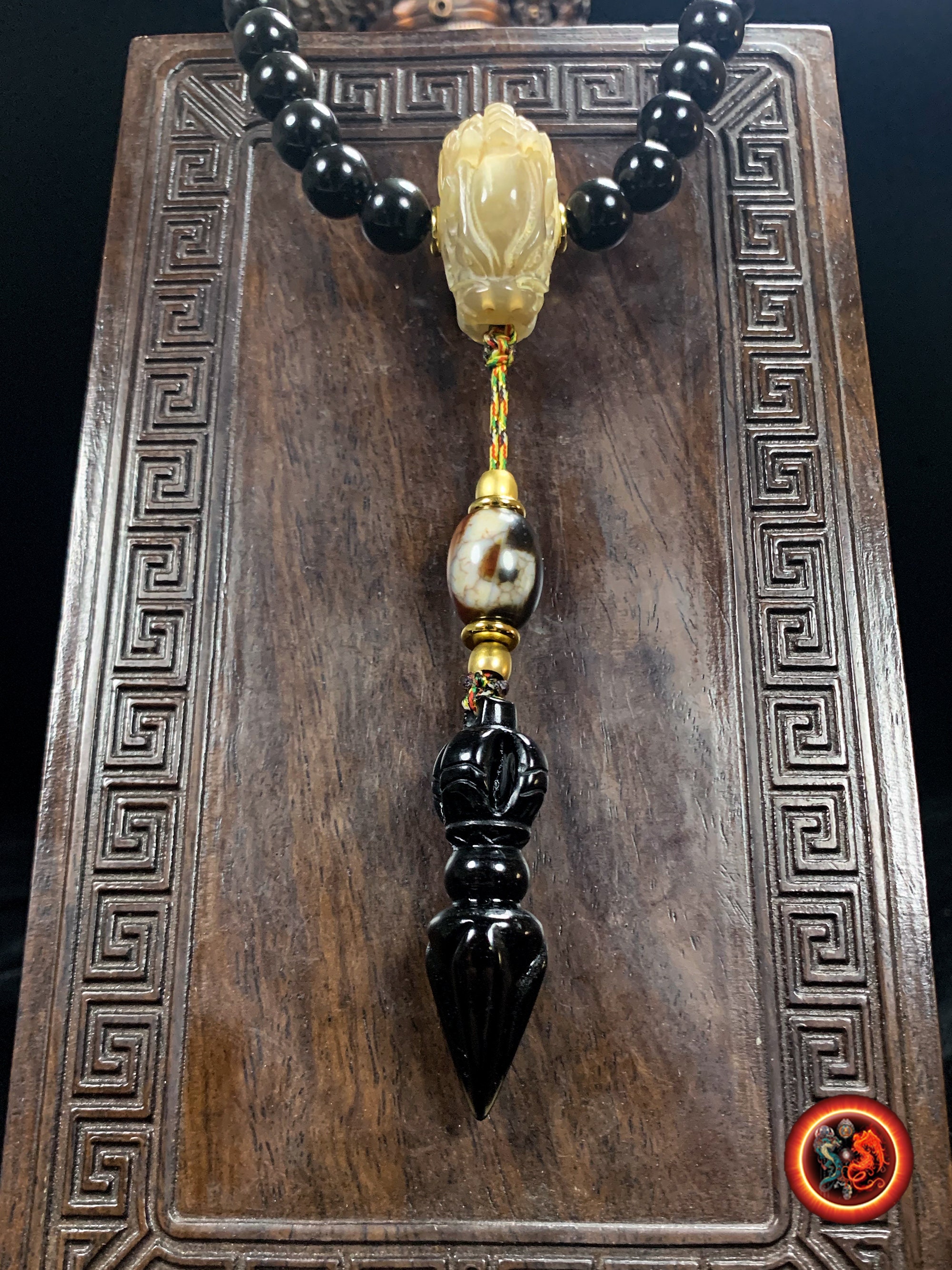 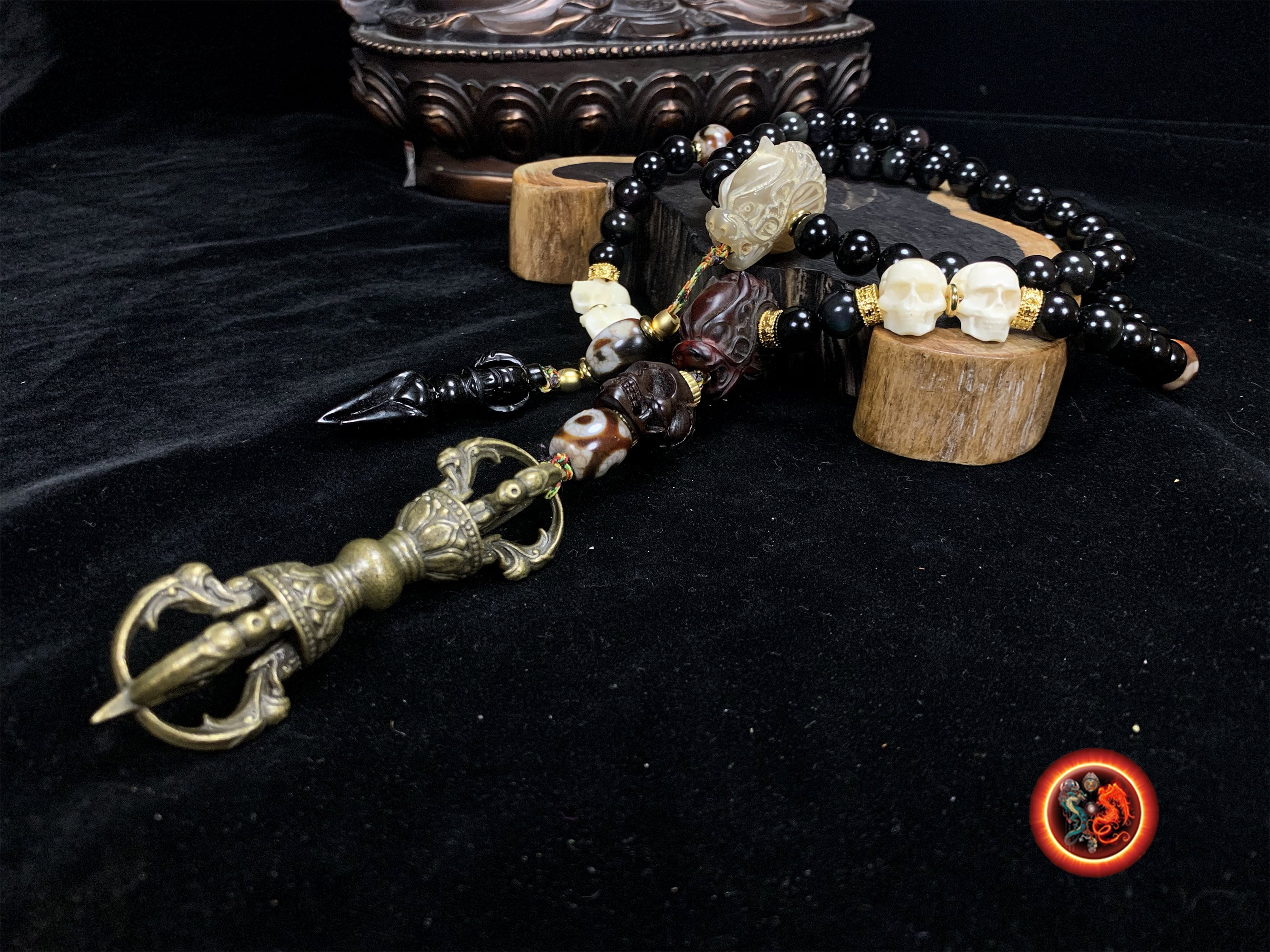 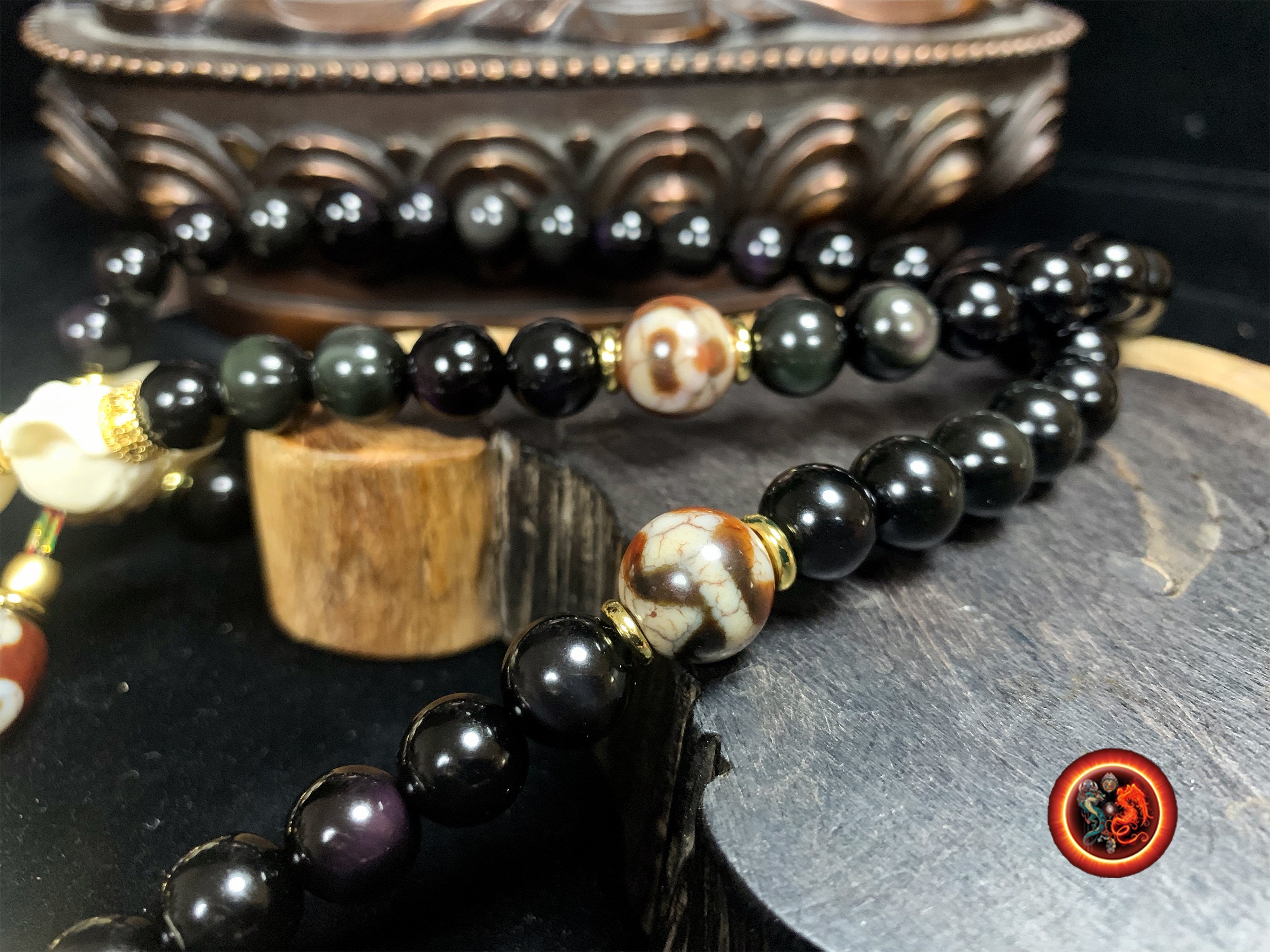 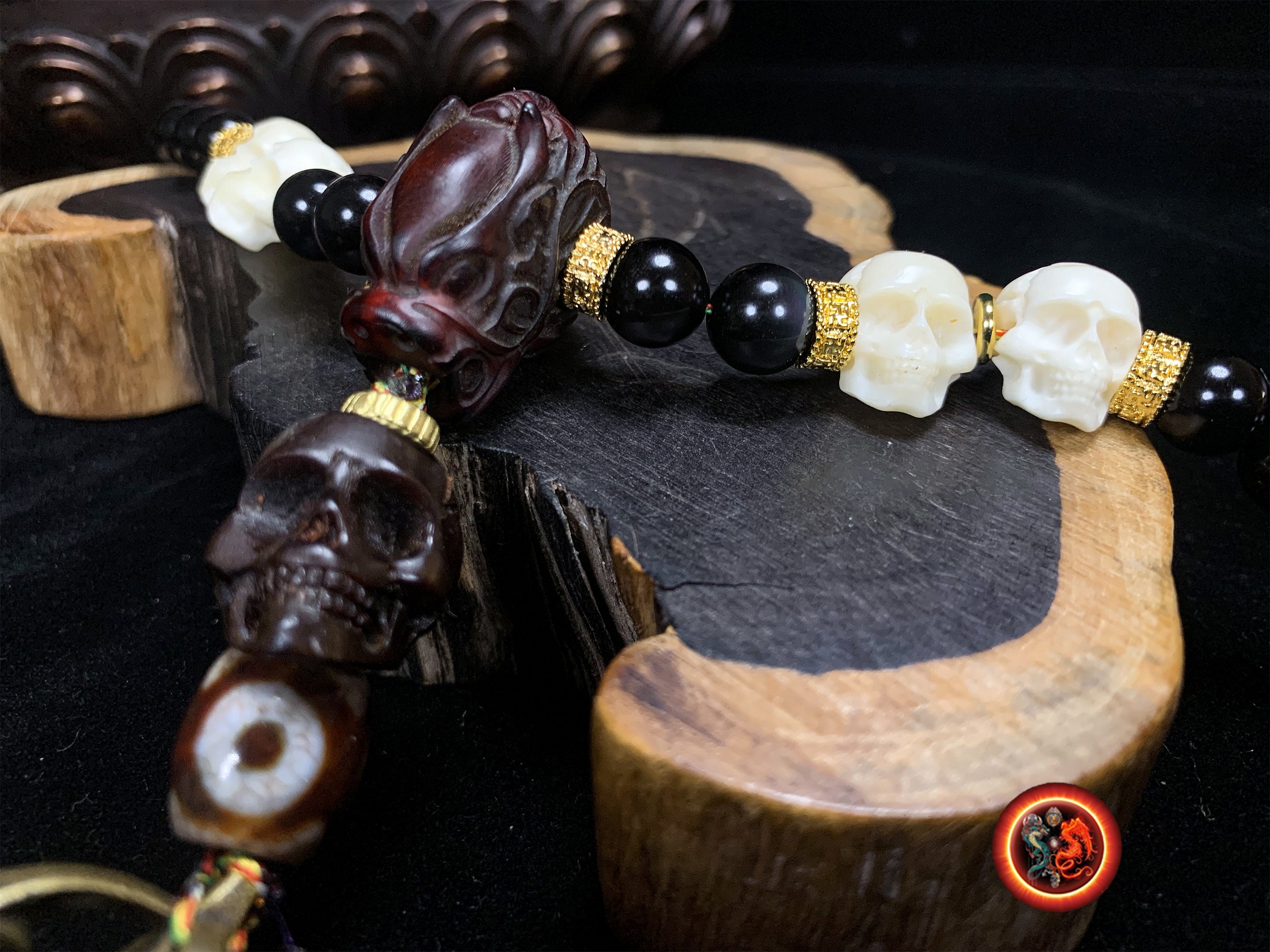 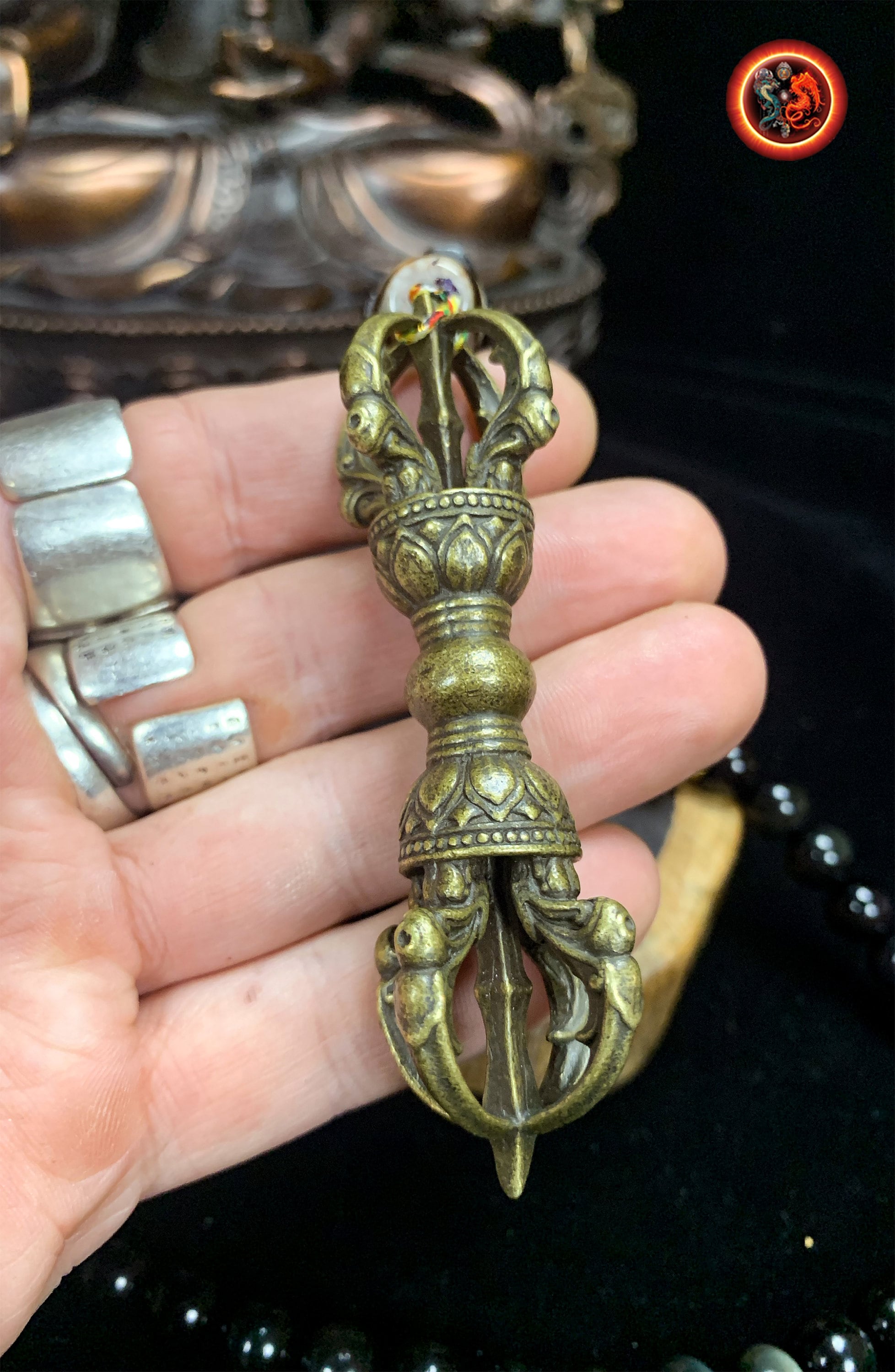 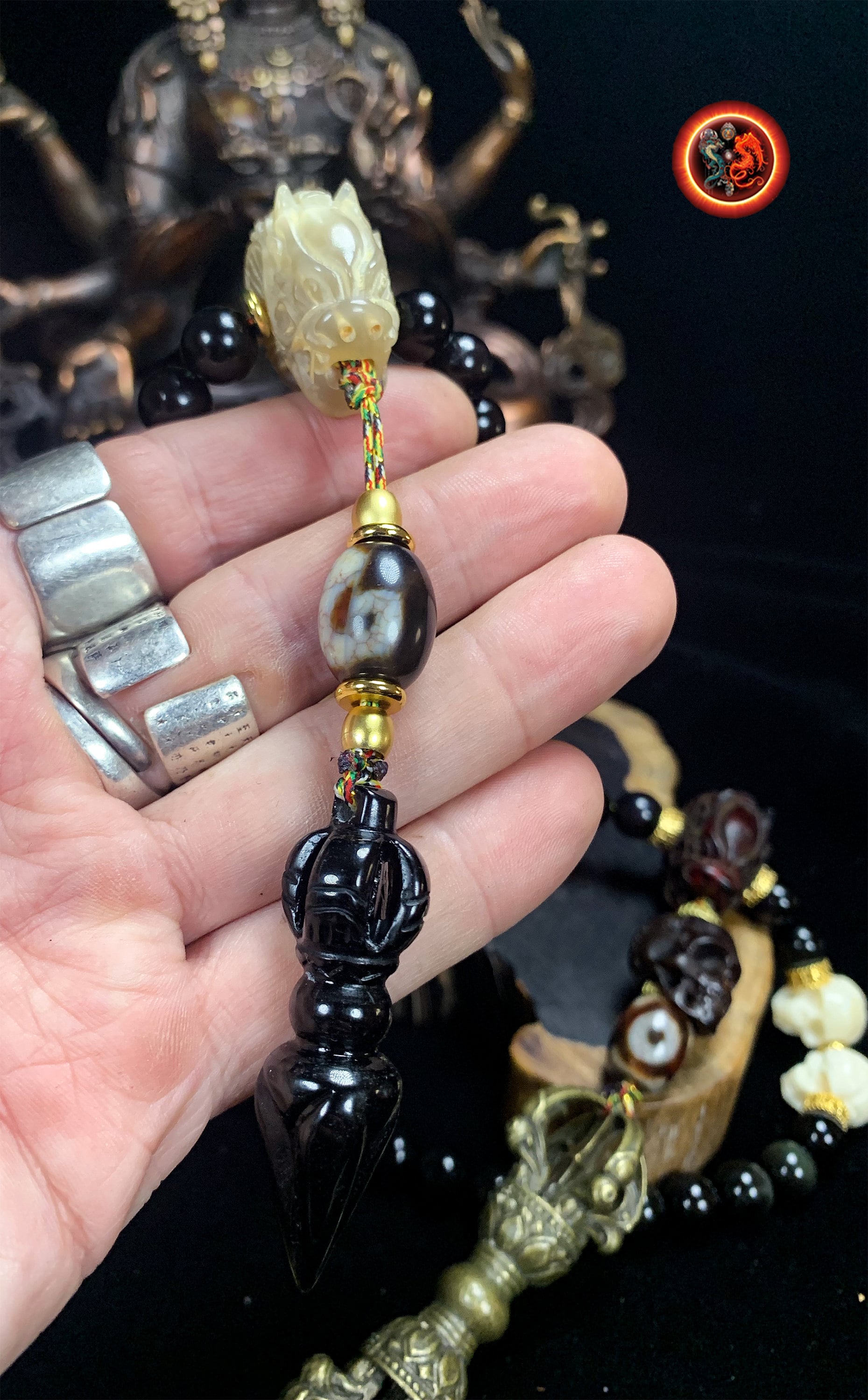 premium celeste eye obsidian from Mexico
Diameter of each pearl of 9.45mm each
56 pearls in total.

long video available on our youtube channel via this link
https://youtu.be/poYfO7sr0Cg

The 5 skulls (4 bone and one buffalo horn just above the dorje) represent the 5 Kleshas or 5 afflictions
Avidya: Ignorance
Asmitā: the meaning of the "I", the ego
Rāga: desire, attachment
Dvesha: aversion, anger
Abhinivesha: the fear of death, the attachment to life.

4 Tibetan DZIS or sacred agates were assembled on this necklace, all authentic.
A three-eyed DZI (above the dorje)
represents the three stars of luck, happiness, honor and longevity. This is the manifesto of the Hindu god of wealth, the Kubera. This 3-eyed pearl creates the favorable conditions to enjoy fortune, happiness and prosperity.

A DZI says tiger teeth
gives the person who carries this DZI will-power and persistence. It is believed that this stone helps to focus the mind and realize one's personal aspirations.

A DZI says nectar
According to Tibetan tradition, this DZI contributes to the enrichment of its owner, improves the quality of life and protects against possible losses. The Dzi fertility vessel ensures safety and prevents misfortunes. It improves health and prolongs life. Therefore, it is also called the longevity DZI.

A DZI called Tara
According to Tibetan tradition, the Dzi of "Green Tara" represents dignity, auspiciousness, wealth, a successful career. Thus, wearing "Green Tara" DZIs for Tibetans, could help people gain wisdom, succeed in life as well as in their careers.

DORJE/ VAJRA
Vajra, in Tibetan dorje. It is arguably the most important symbol of Tibetan Buddhism. The term means "diamond" and refers to the indestructible nature of the mind in itself, awakening, which is both imperishable and indivisible. The small scepter seems to be, originally, the diamond lightning of the god Indra, it is a mark of royalty and power.

PHURBA
The Phurba is a dagger to defeat demons. It was introduced into Tibetan Buddhism by Phadmasambhava and is a symbol of transmutation of negative forces.