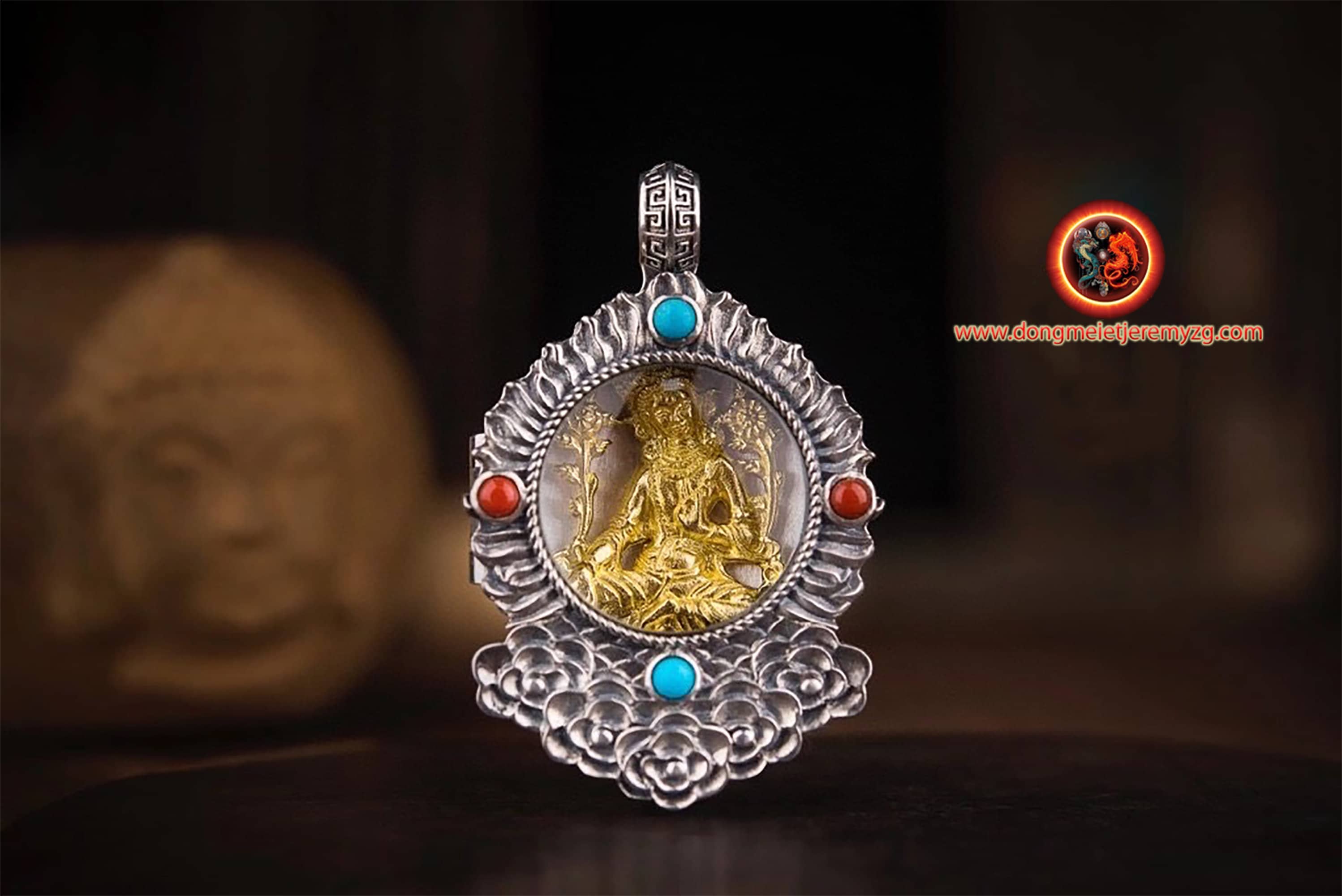 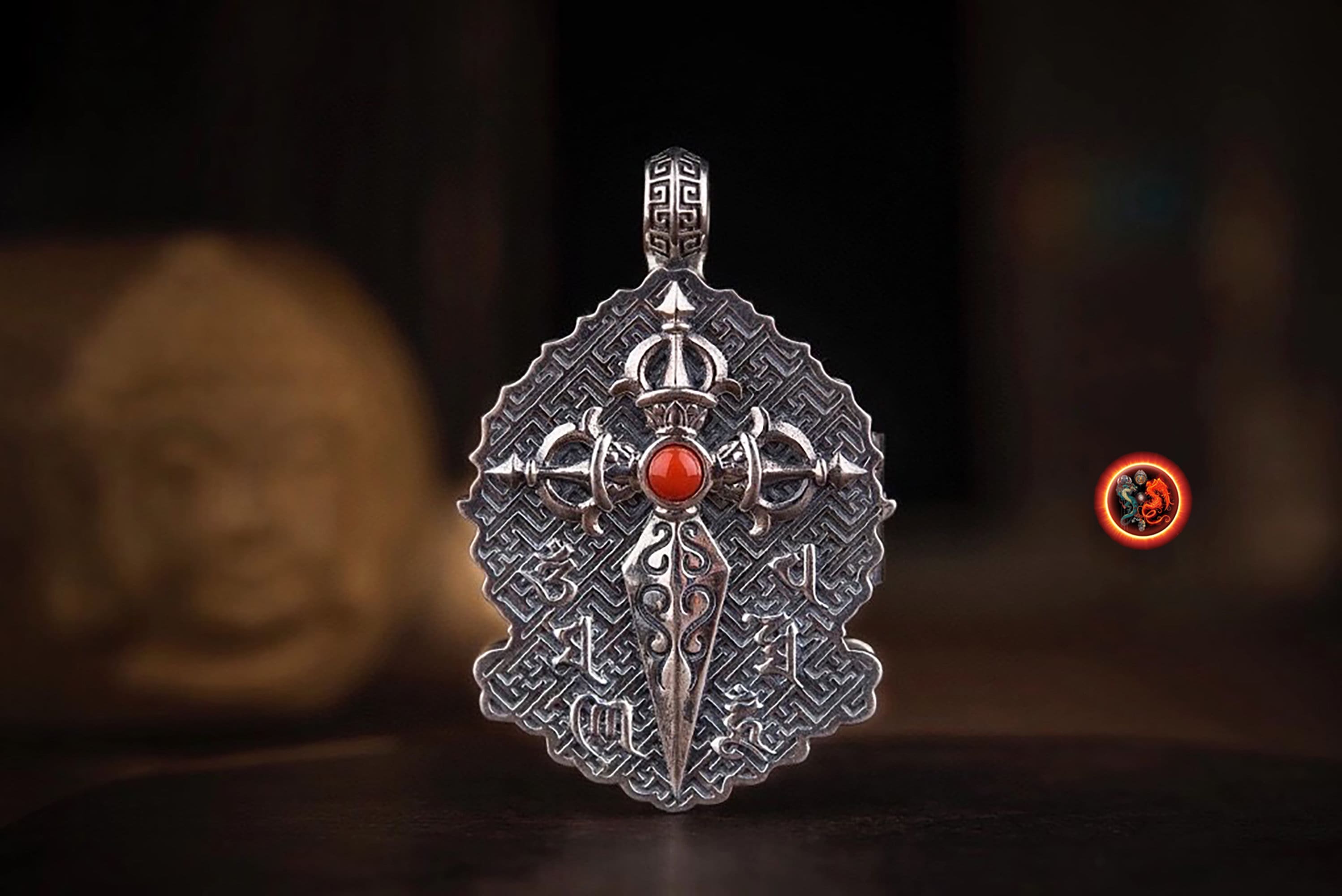 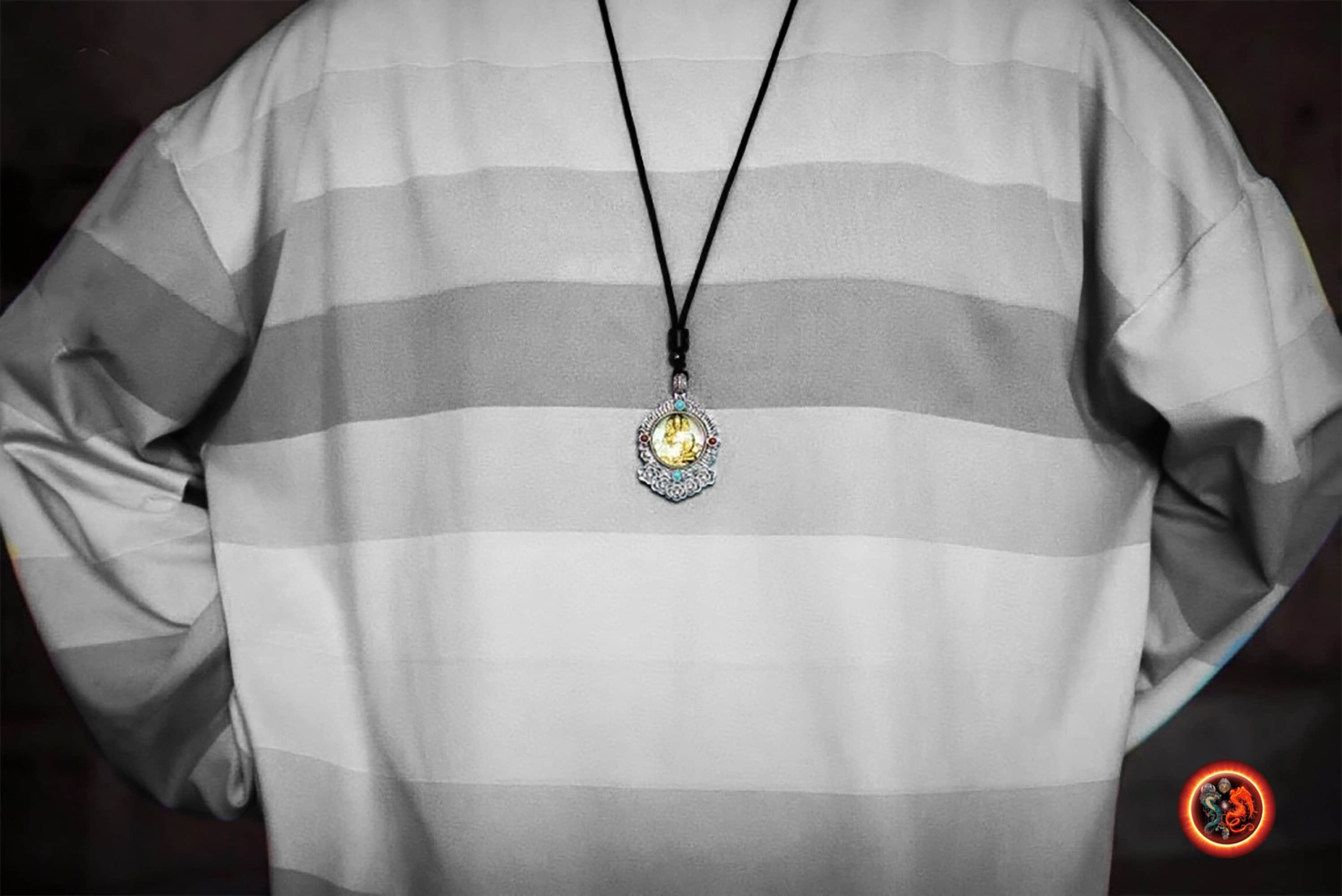 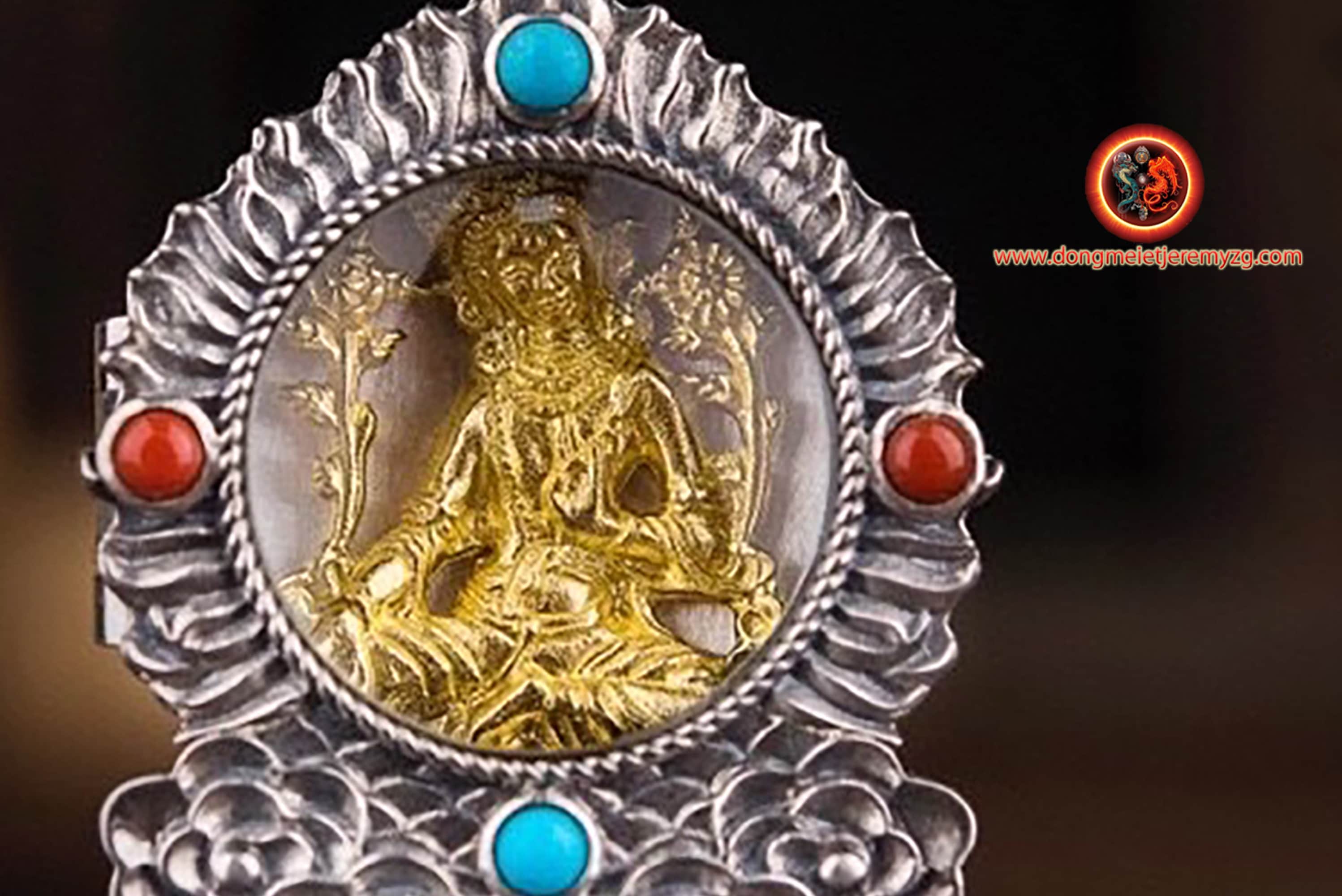 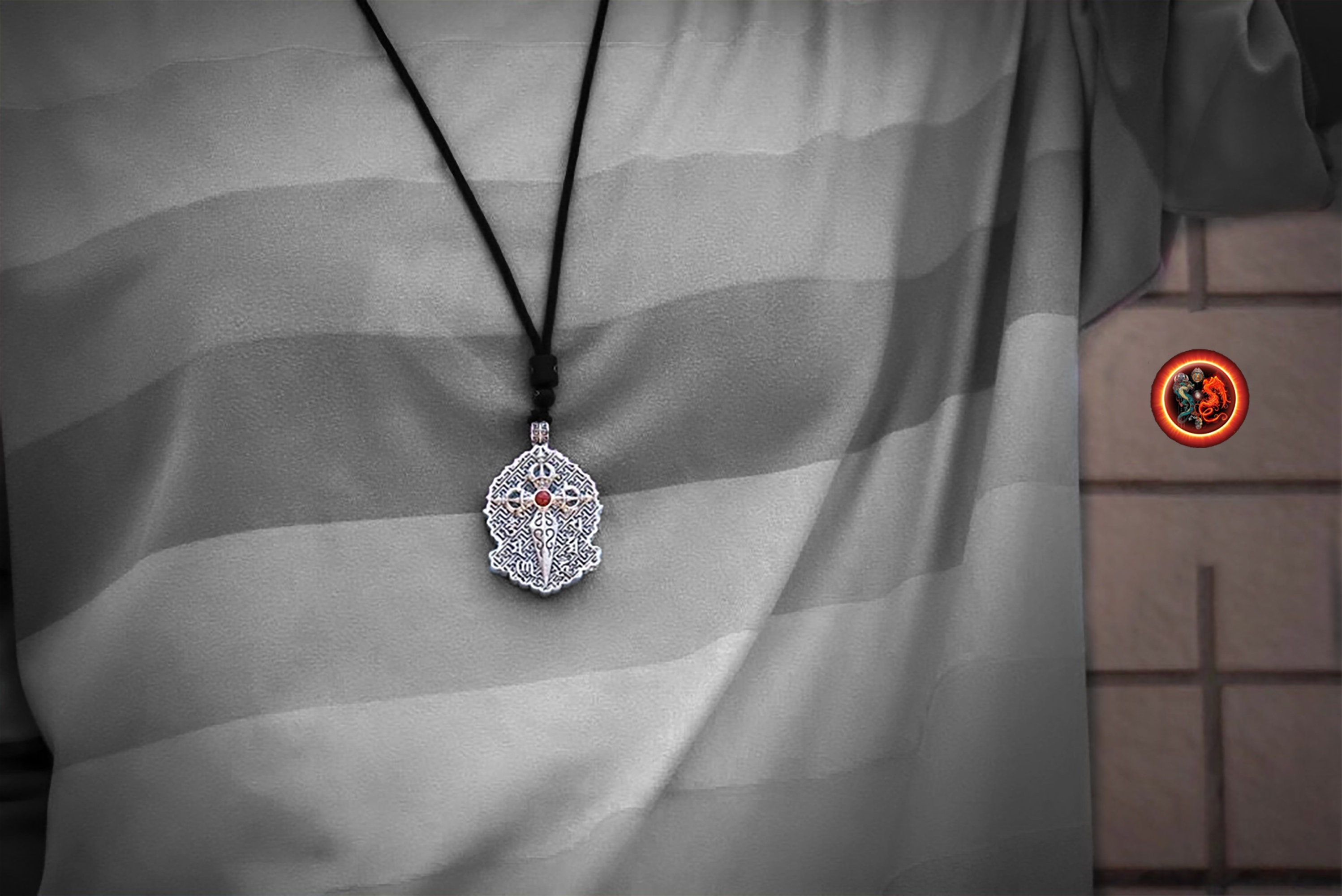 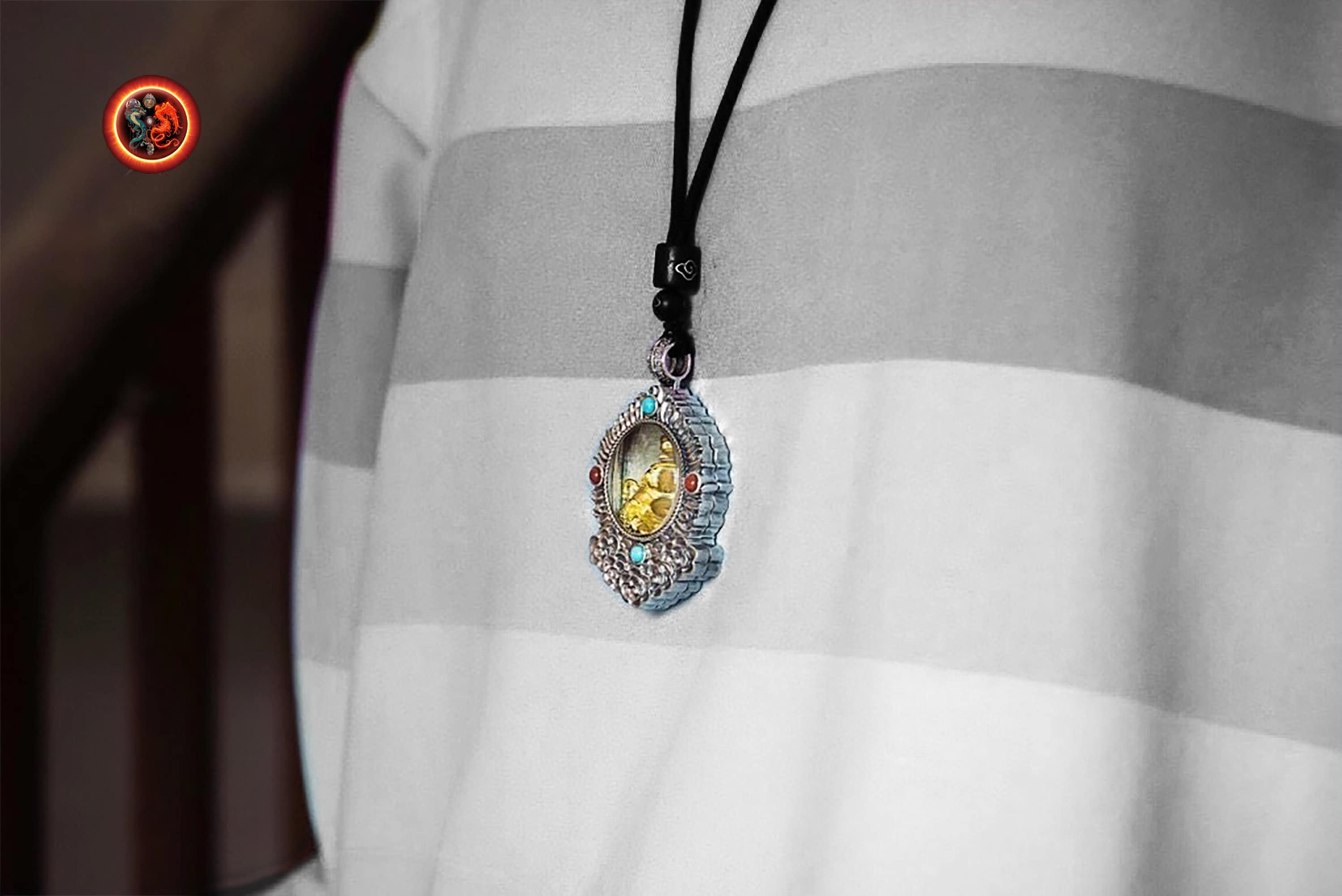 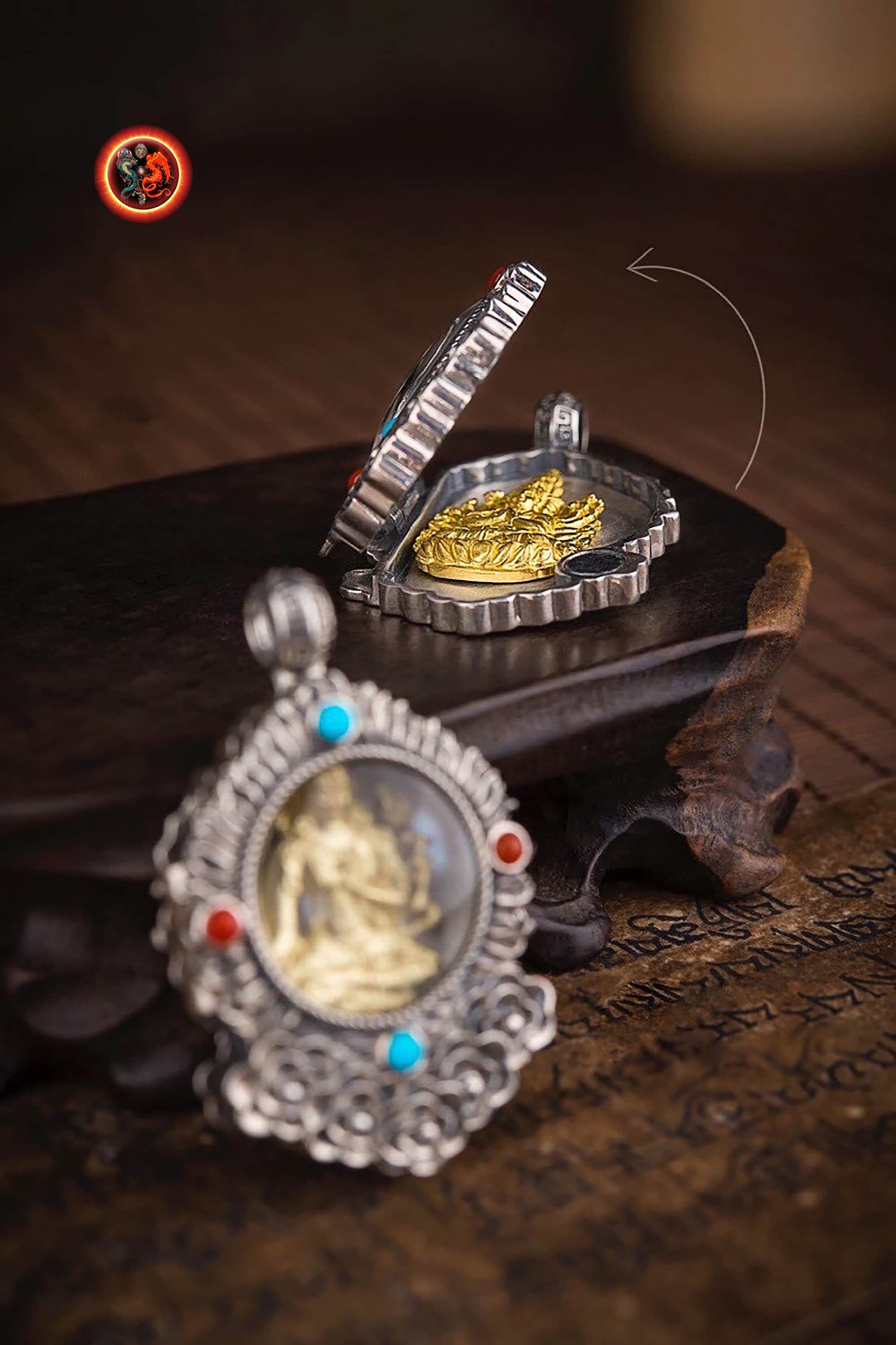 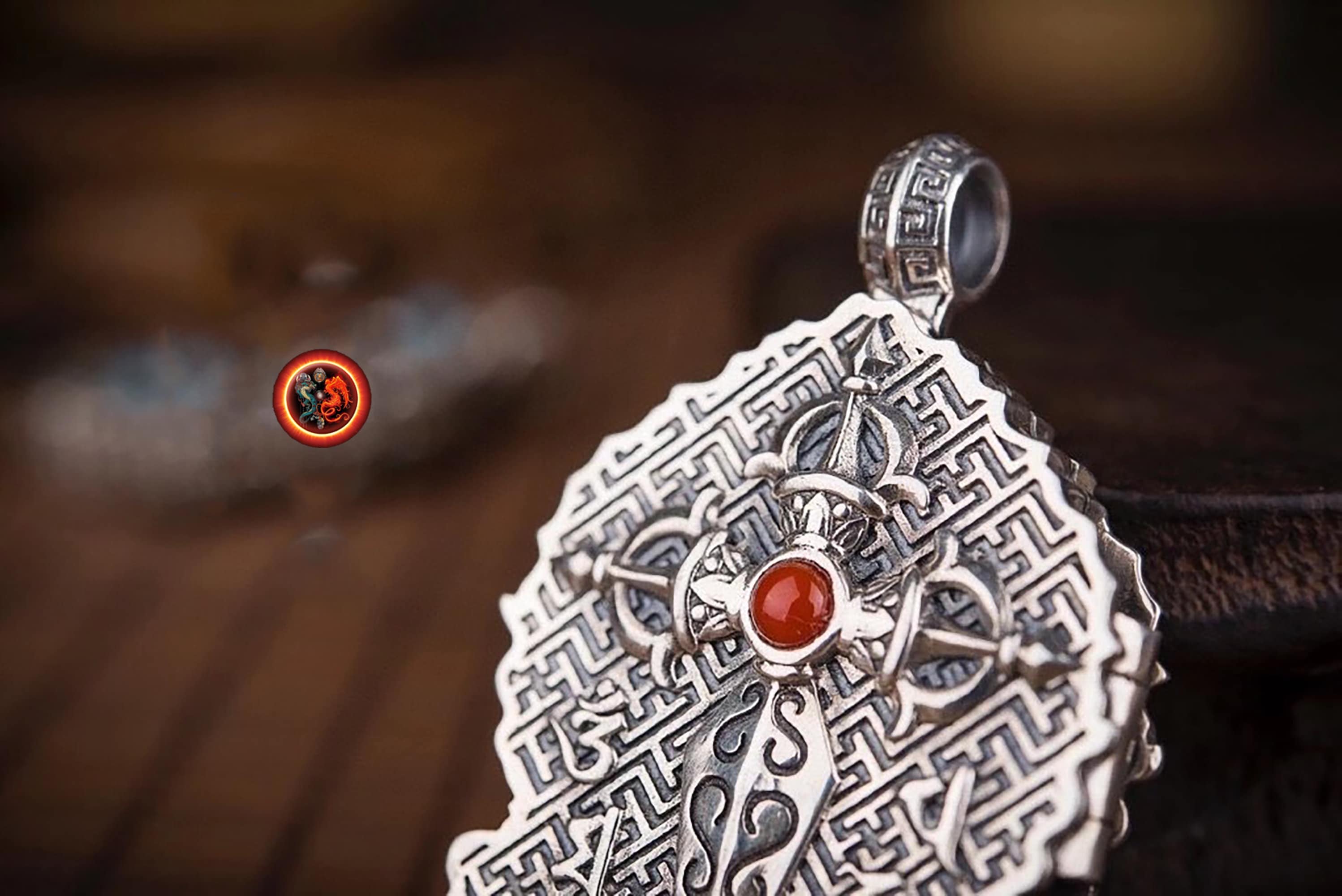 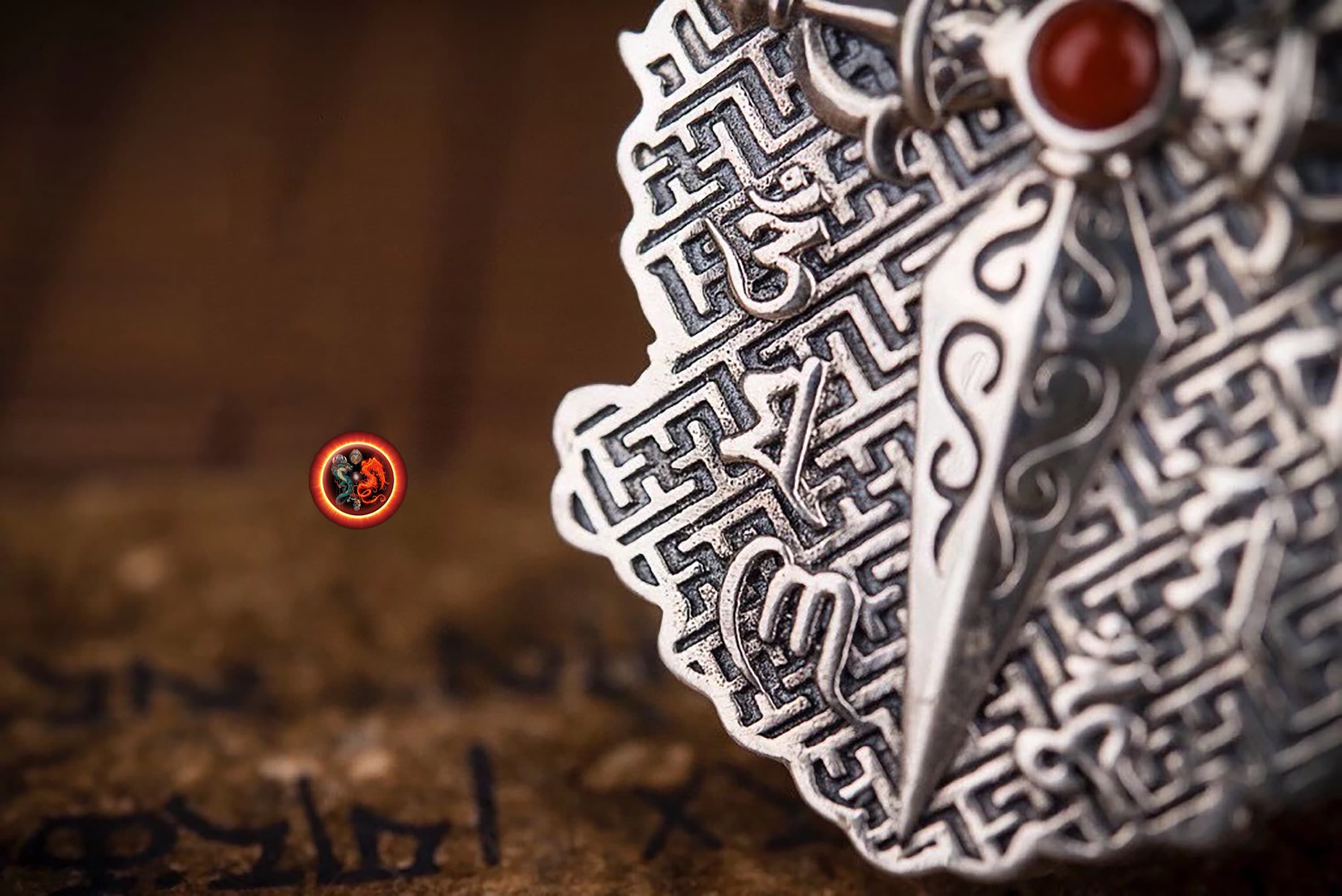 pendant, reliquary, ghau, Buddha. White Tara
Tibetan Vajrayana Buddhism, Japanese Shingon
Phurba, dagger to defeat the demons on the back.
Turquoise from Hubei Province
Agate called "nan hong" (southern red) of Yunnan province. This unusual volcanic agate owes its intense red color to its natural cinnabar content
As a gemologist graduated from the National Institute of Gemmology (ING), Paris, France. All our materials are appraised and certified by us.

The protective glass is made of leuco sapphire like high-end watches.
The lid is open to touch the deity
Comes with an adjustable cord.
Delivered in a custom wooden box.

WHITE TARA
White Tārā, Tibetan, Dolma Karpo, Sītā Tārā, the White Liberator but also, luminous, clear, is one of the forms of the 21 known Tārā. She is a deity of Tibetan Buddhism. It symbolizes the activity of pacification, and more particularly grants longevity and health. His mantra is often recited with someone in mind. It also expresses compassion, and it is represented with seven eyes to signify the vigilance and omniscience of the spirit inhabited by this compassion (karuna).