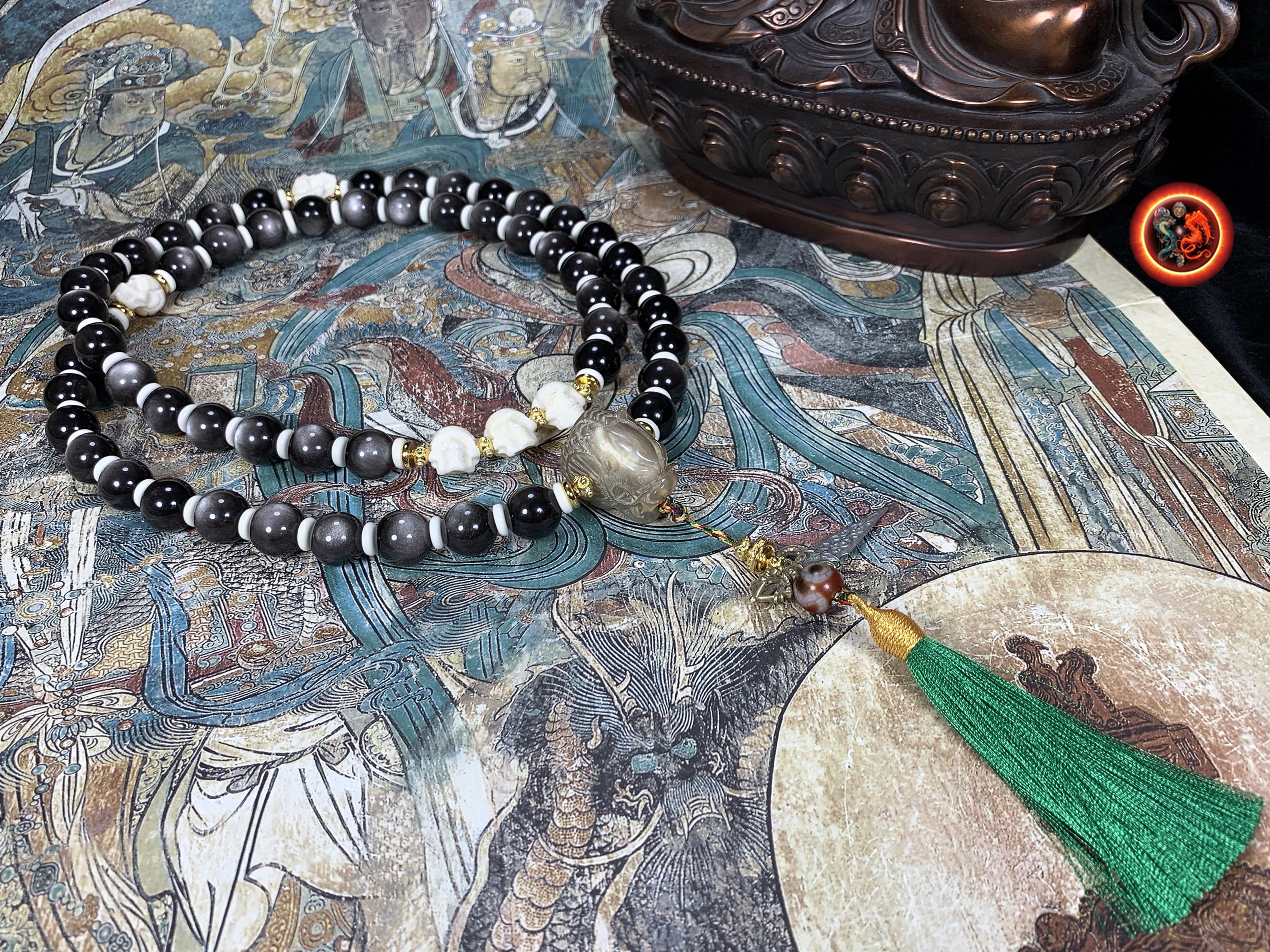 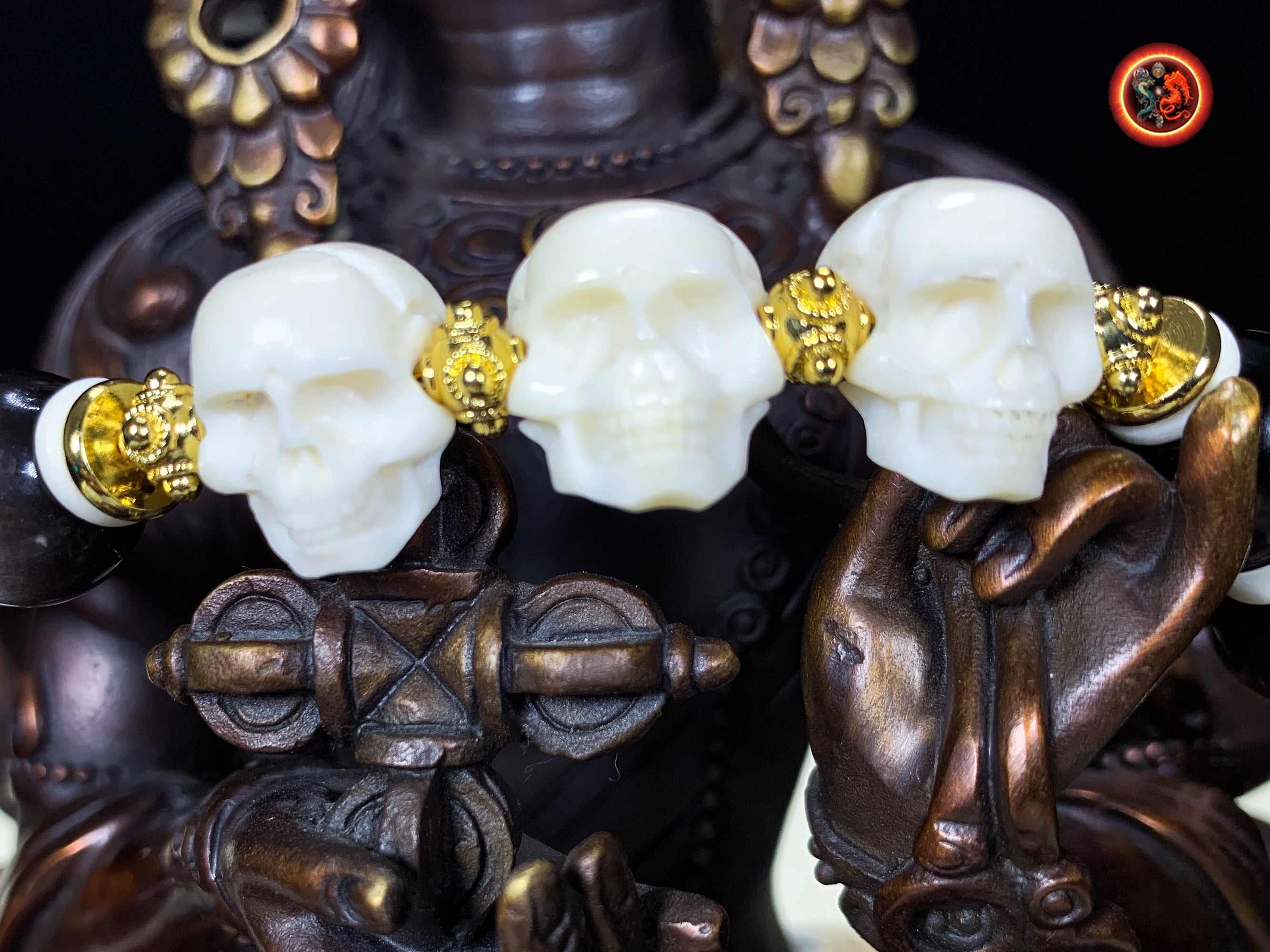 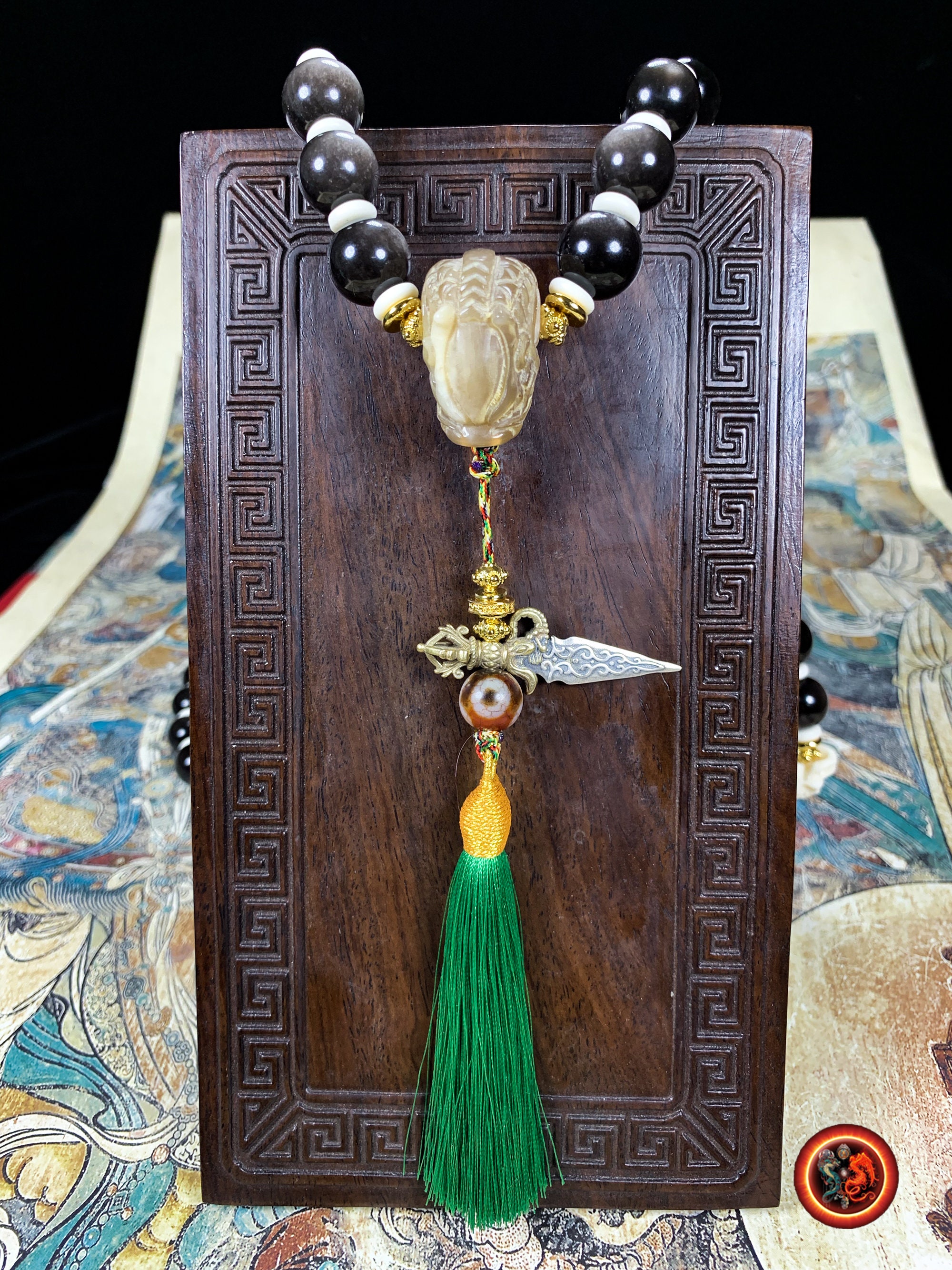 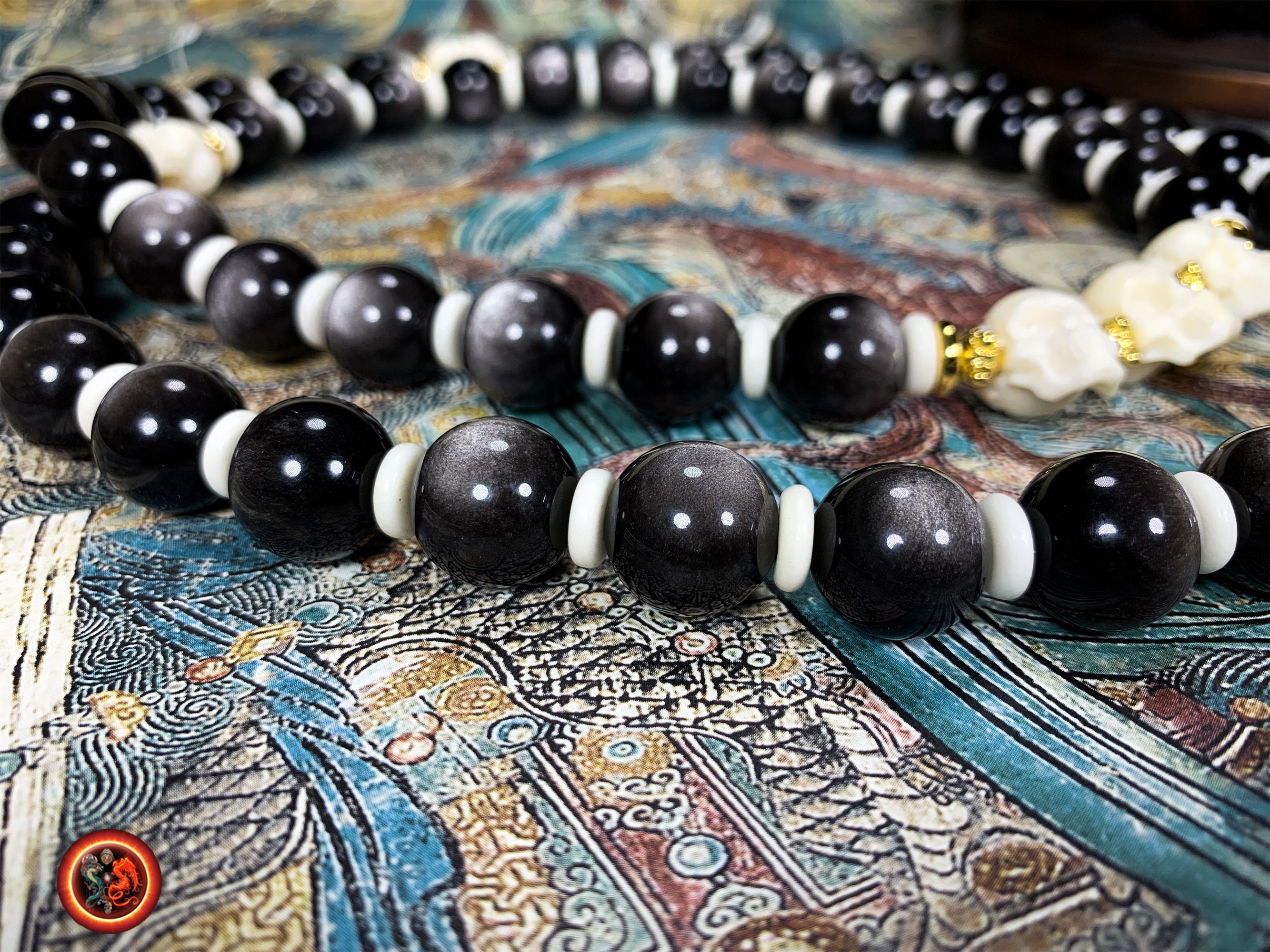 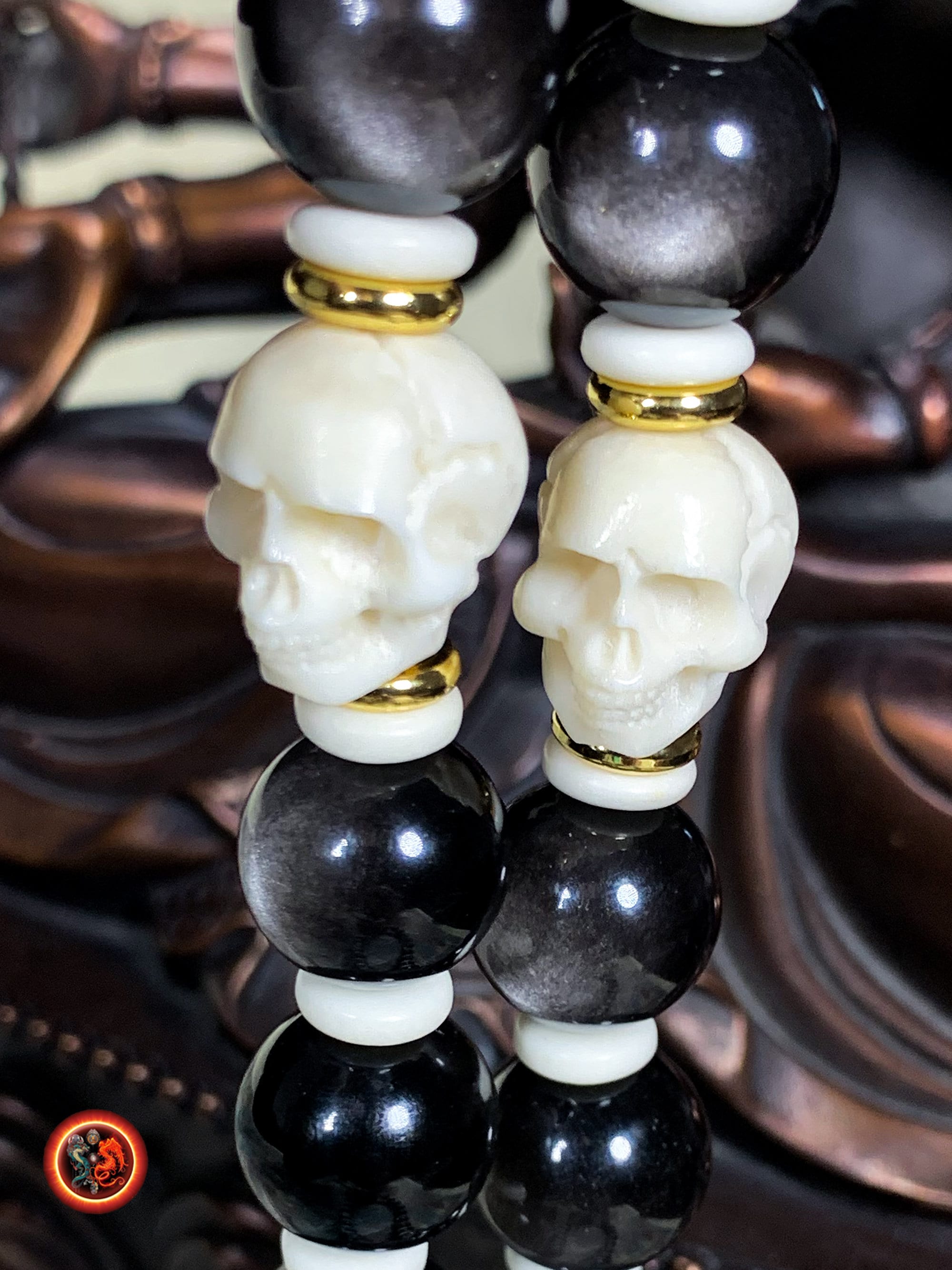 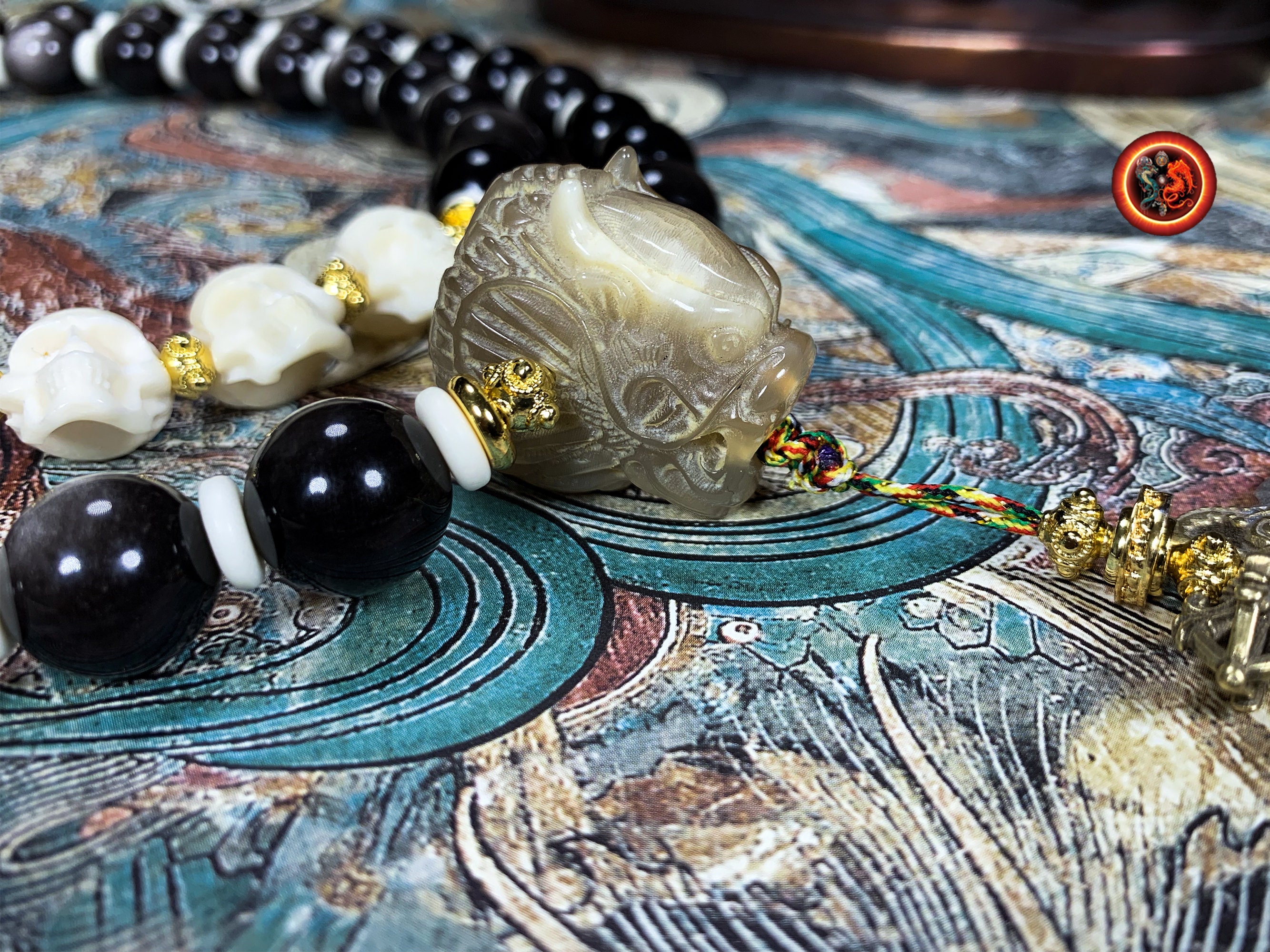 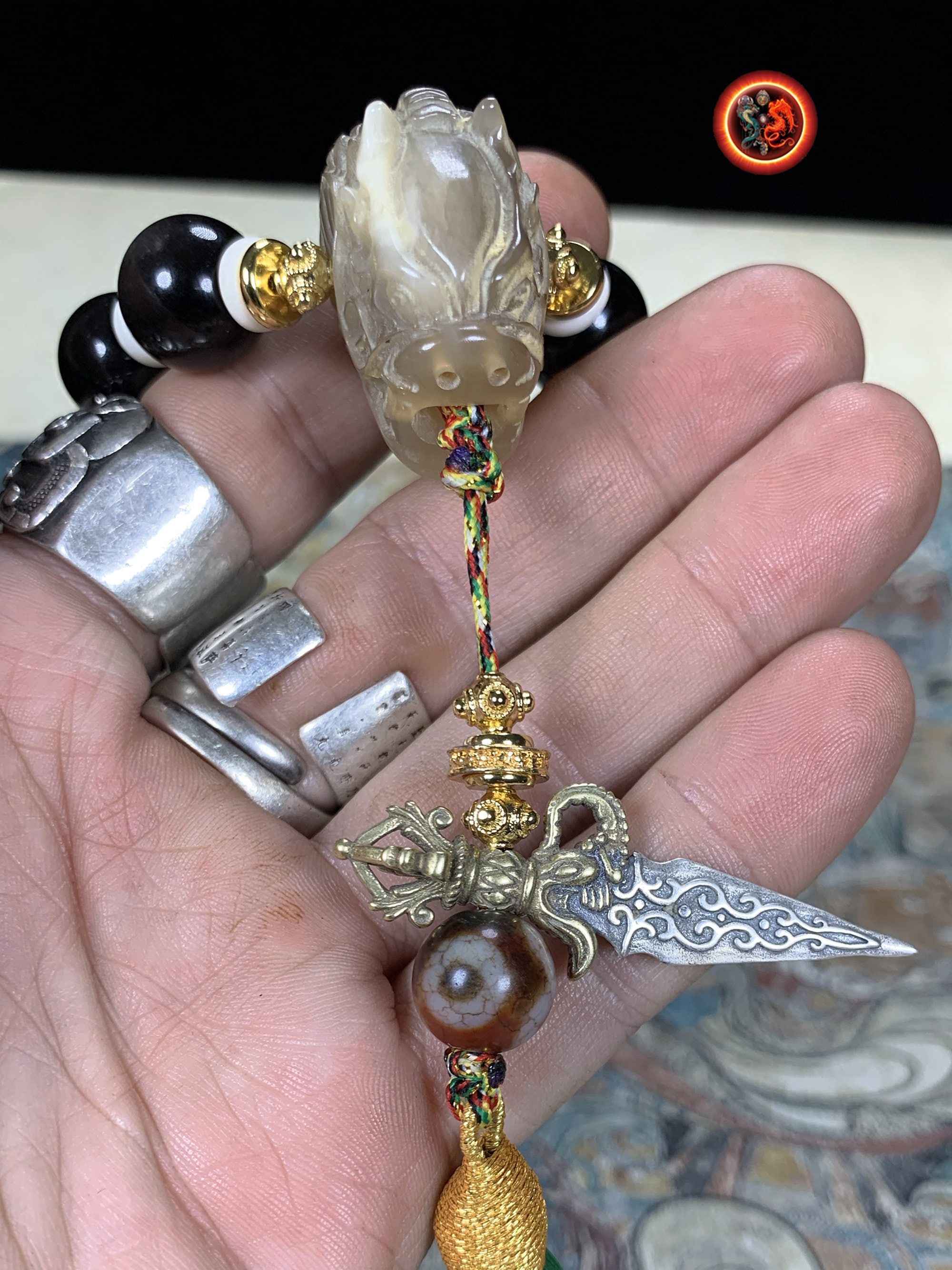 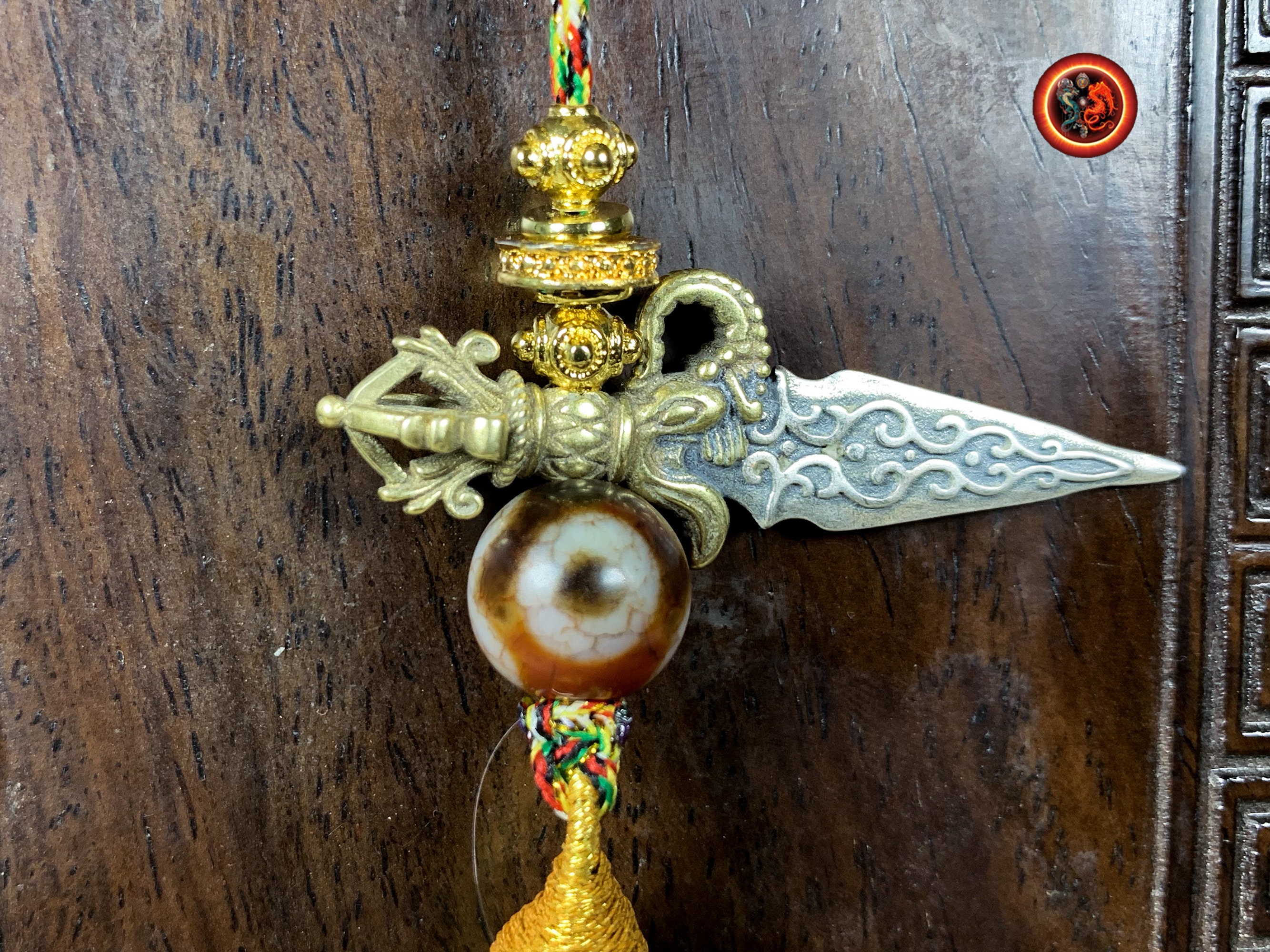 Mala made to order, count one week of manufacture after purchase.

The mala, trengwa, in Tibetan is the buddhist's rosary, the object from which the monk (or even the lay practitioner) almost never separates, holding it in his hand or wrapped around the wrist.
The mala is first of all a utilitarian object: it serves as a tactile support for the recitation of mantras, at the same time as it is used to count them if one has set to repeat a defined number.
The mala is composed of 18.54 108 or 216 strung pearls, which justifies its name, since it simply means "garland" (of pearls). The different components each contain a symbolic meaning specify: The large pearl (or Buddha's head) that closes the loop represents the knowledge of emptiness. The small cone that surmounts it is the mark of emptiness itself.


Our entire collection of mala is visible and accessible by clicking on this link
https://www.etsy.com/fr/shop/DongmeietJeremyZG?ref=seller-platform-mcnav&section_id=21900681

Symbolism of skulls
This mala is inspired by the practice of Mahakala.
5 skulls adorning his crown,
The 5 skulls represent the 5 Kleshas or 5 afflictions
Avidya: Ignorance
Asmitā: the meaning of the "I", the ego
Rāga: desire, attachment
Dvesha: aversion, anger
Abhinivesha: the fear of death, the attachment to life.
These very realistic skulls are made of buffalo bone.

54 pearls of silver obsidian, native to Mexico, exceptional quality. Diameter of 14mm for each pearl.

SYMBOLISM OF THE DRAGON
The dragon in pearl finish also called "pearl of Guru" is she in buffalo horn.
In Buddhism, the Dragon is the vehicle of Vairocana, the white Buddha sitting in the east (or center). His throne supported by Dragons probably derives from the Chinese imperial throne. The Turquoise Dragon is the mount of a large number of protective deities, guardians of treasures and gods of rain and thunderstorms. As guardians of treasures, Sino-Tibetan Dragons are the counterparts of Indian nagas. The Tibetan term druk (tib.brug) means both "dragon" and "thunder". Bhutan, a Buddhist kingdom, is called Druk Yul (Land of the Dragon). Its inhabitants, the drukpas, take their name from the spiritual lineage drukpa kagyu, originally from Tibet. This lineage was established by the sage Tsangpa Gyaré who, having once observed nine dragons disappearing in the sky near Gyantse decided to establish the monastery of Ralung. In Tibetan Buddhism, the rise to heaven of a group of Dragons is a sign of good omen.

The discs, protecting each obsidian pearl are made of buffalo bone.

PHURBA
We have also, in finish, integrated a phurba, Buddhist dagger to defeat demons. in 925 silver and copper.

SYMBOLIC OF THE DZI.
We have, after the phurba, used an authentic Tibetan DZI with two eyes
According to Tibetan tradition, 2-eyed dzis allow harmony between husband and wife to build a happy family, to ensure success and good relations with others. The 2-eyed pearl represents the harmonious concept of Yin and Yang, the vital balance. So this pearl strengthens stability and balance.