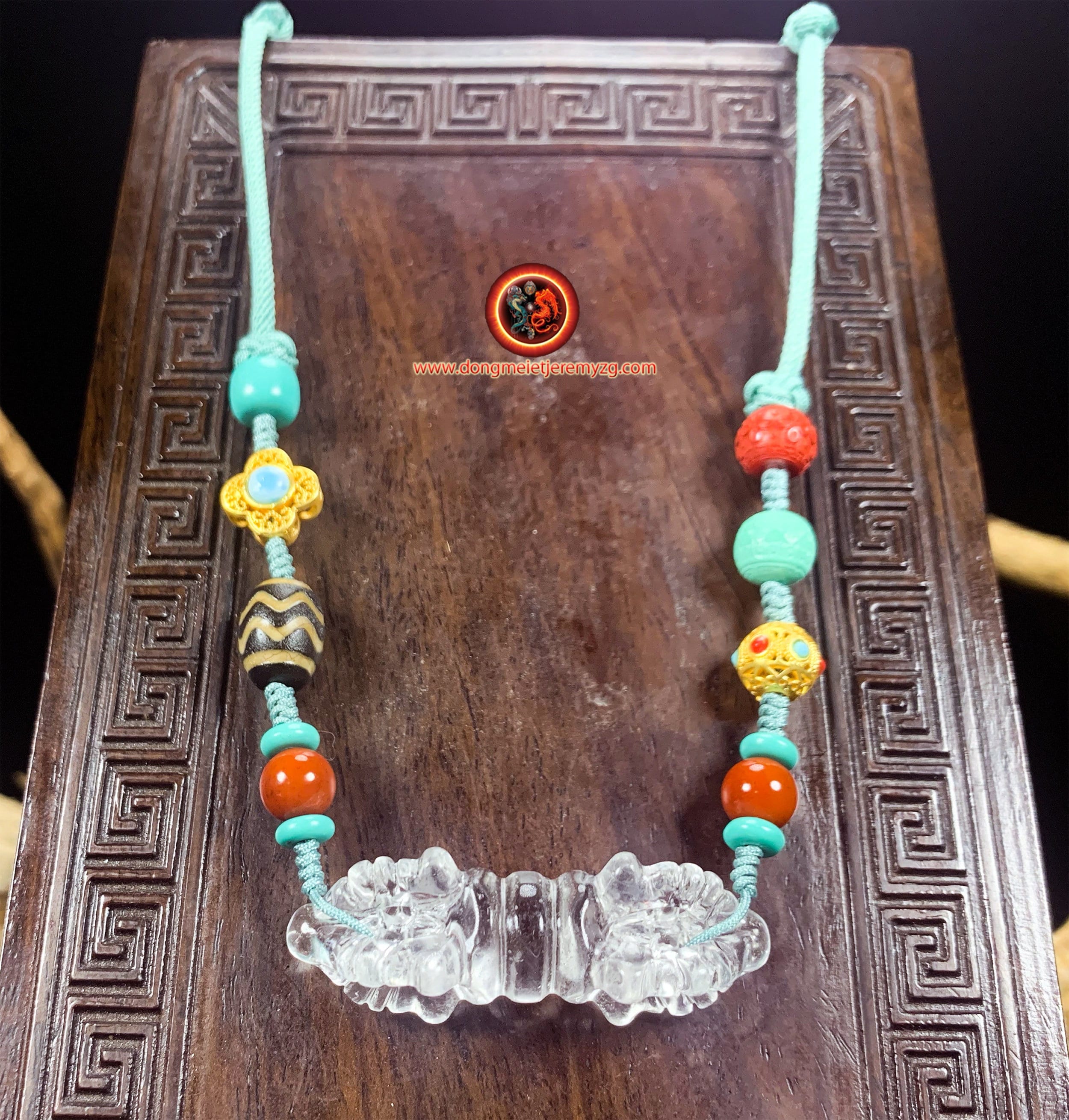 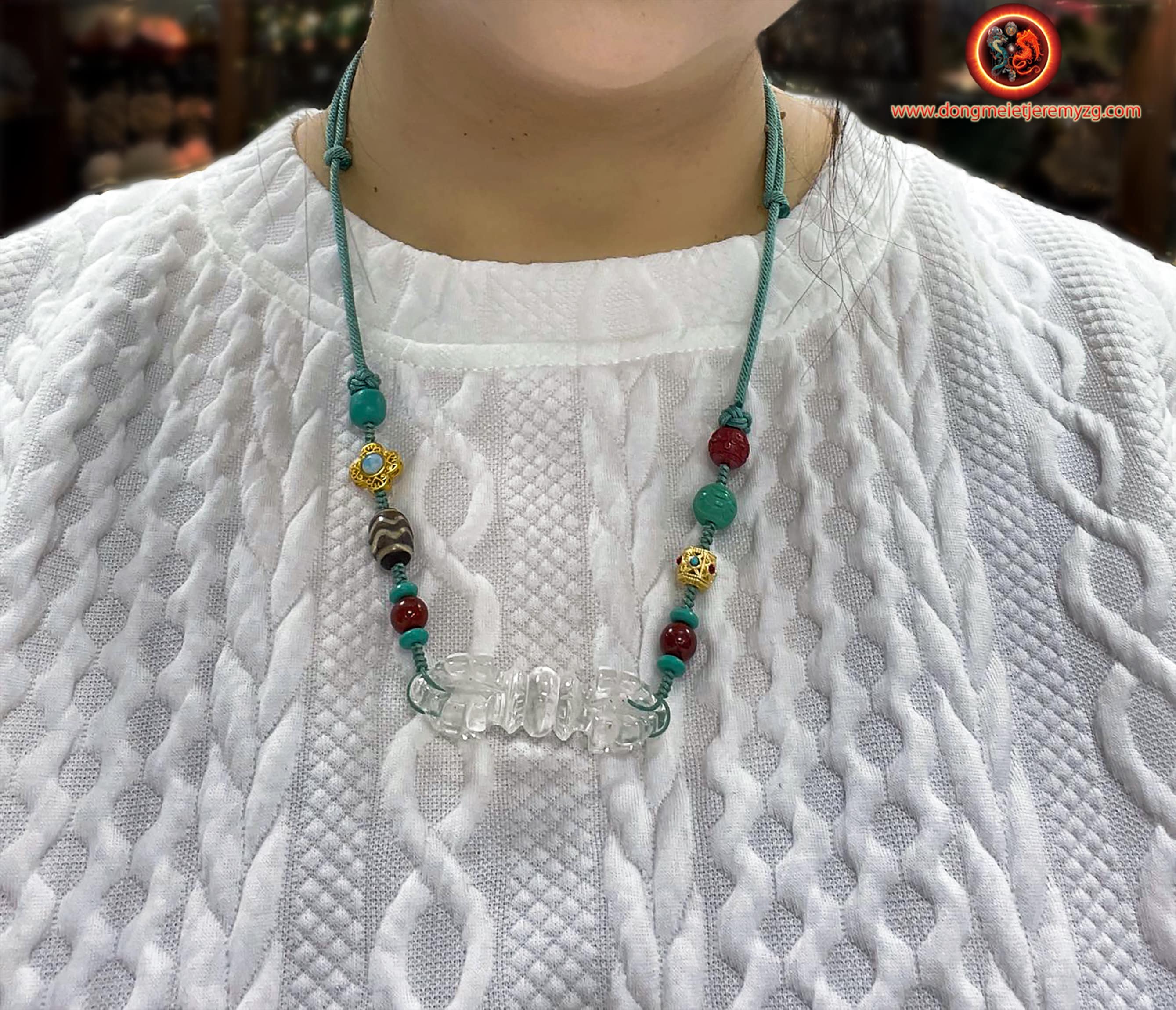 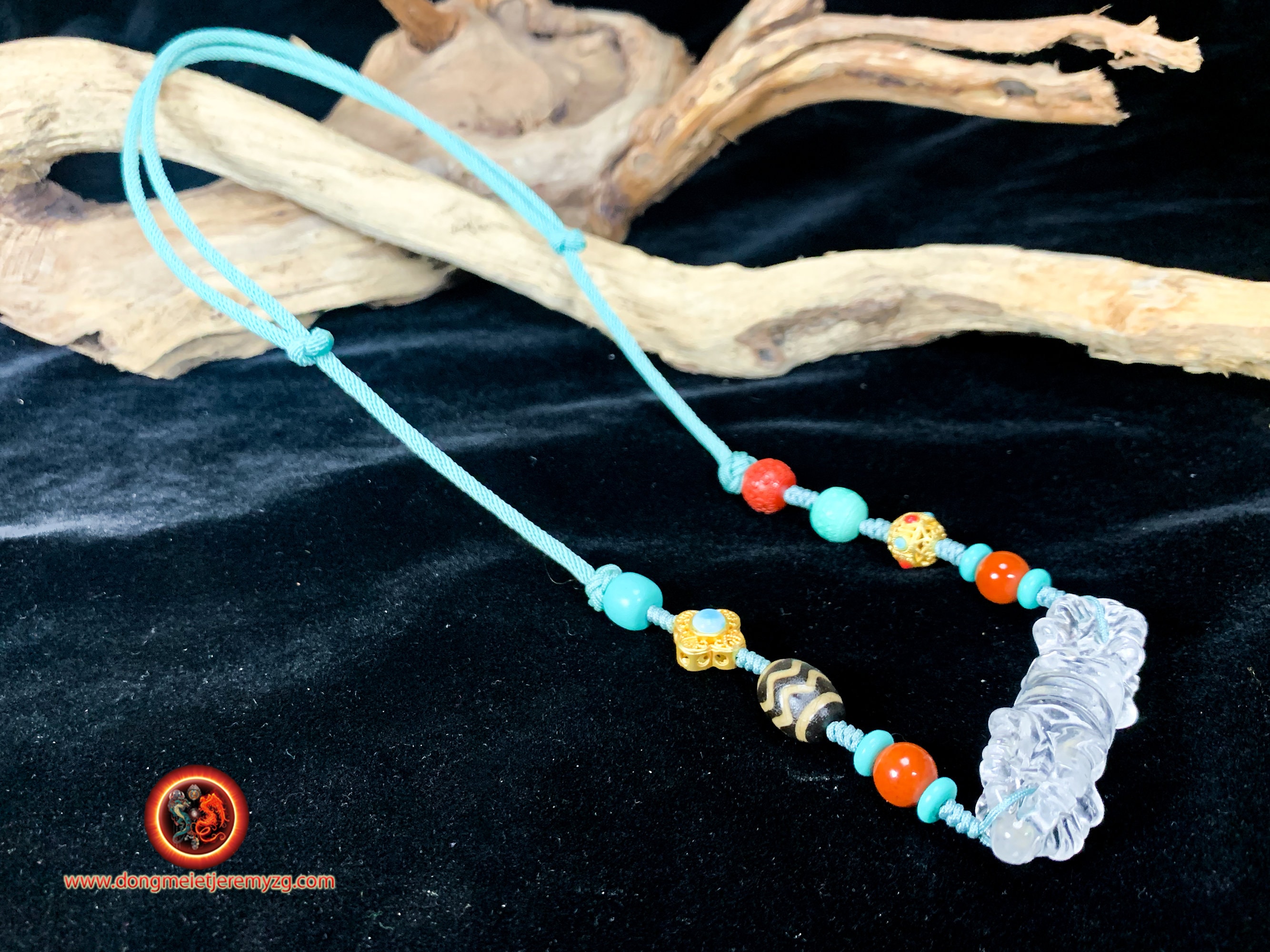 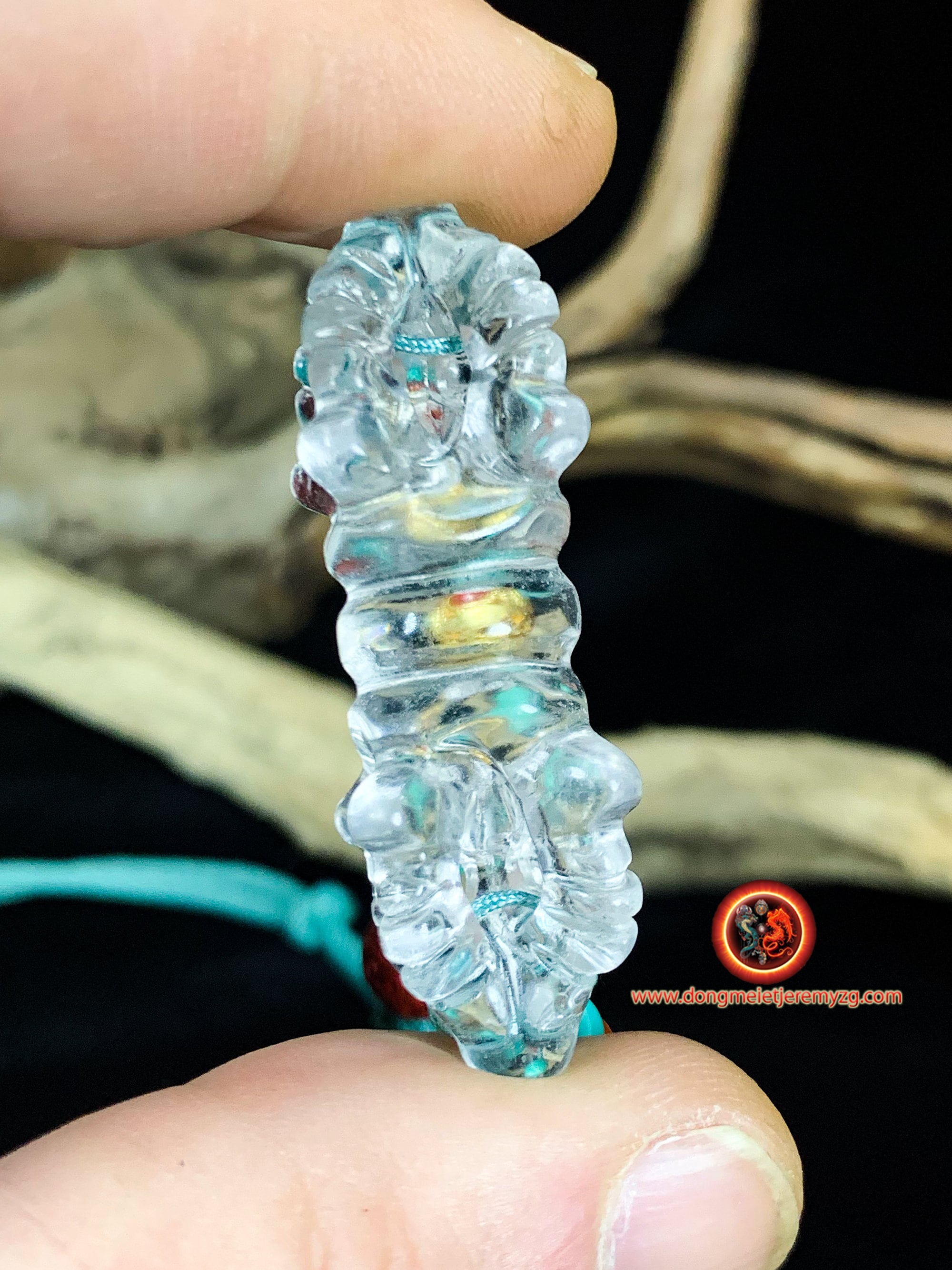 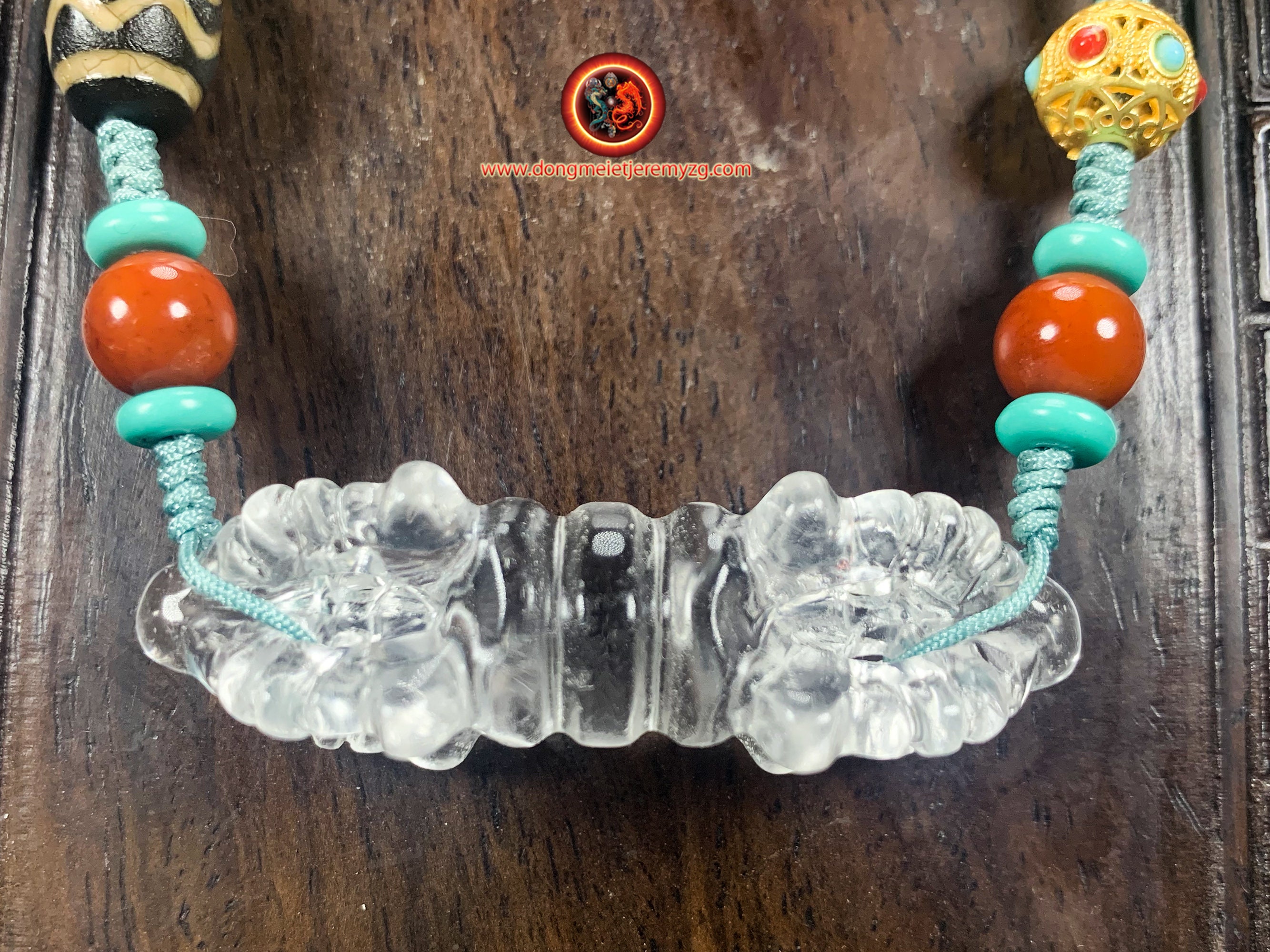 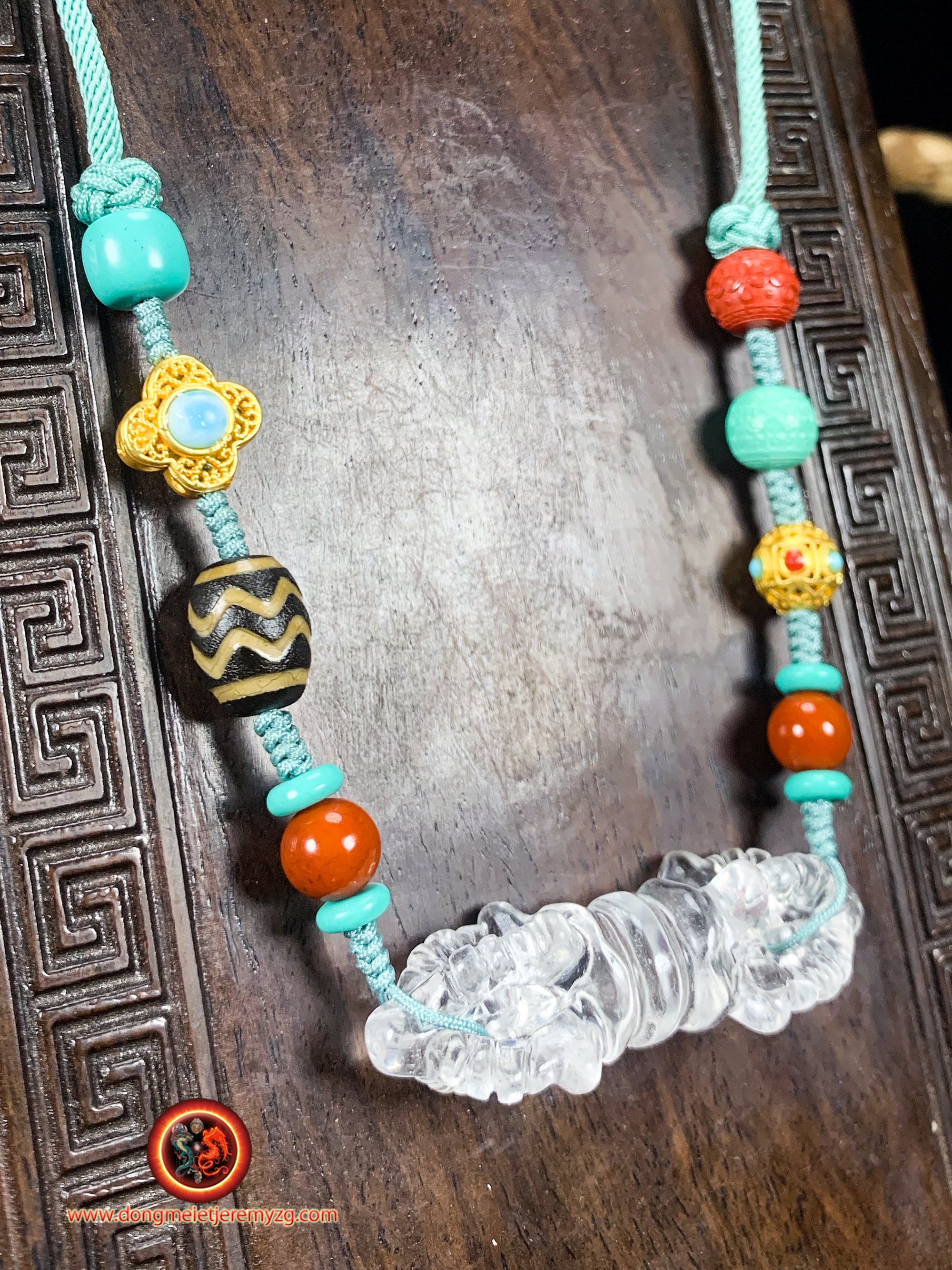 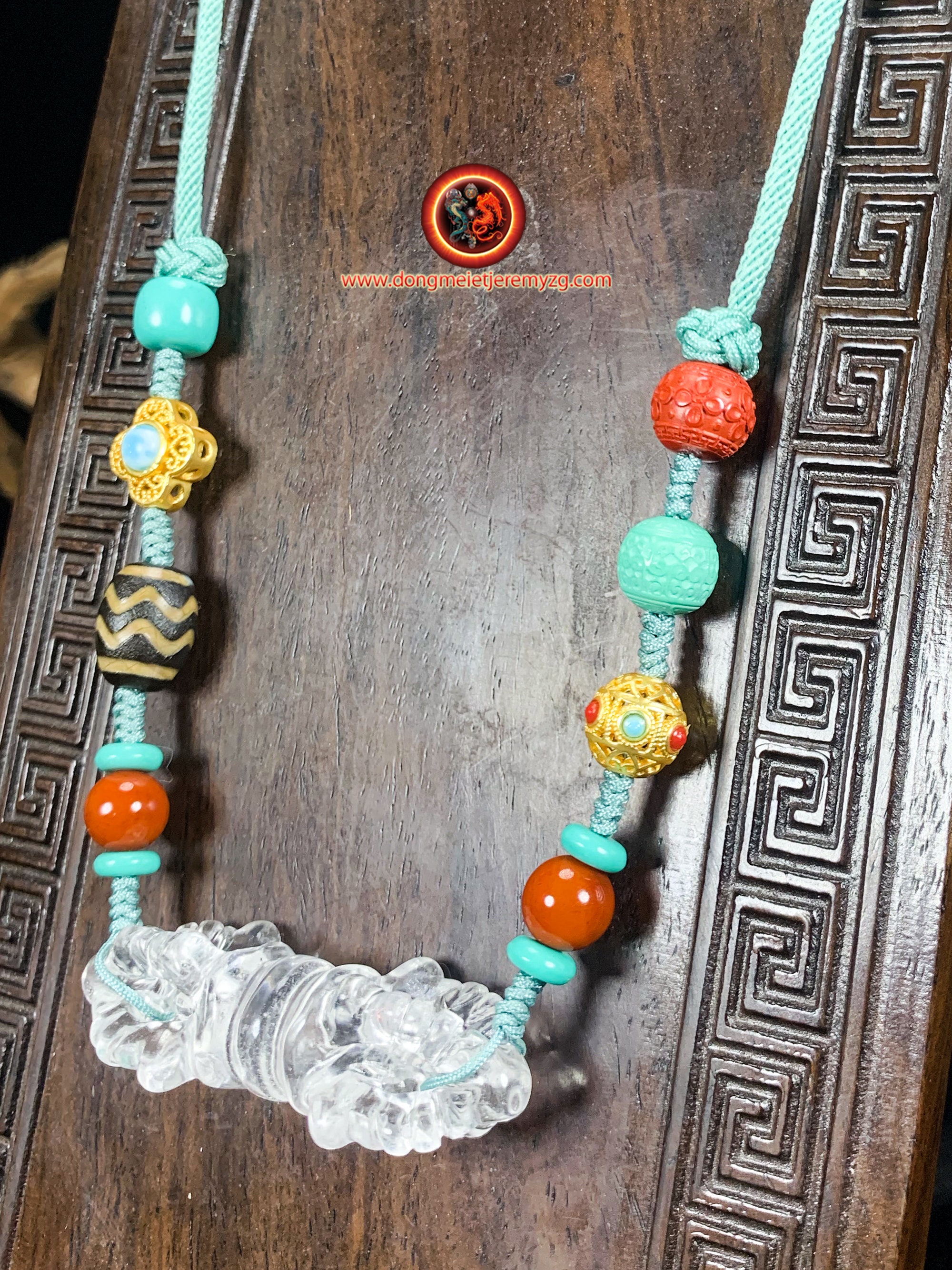 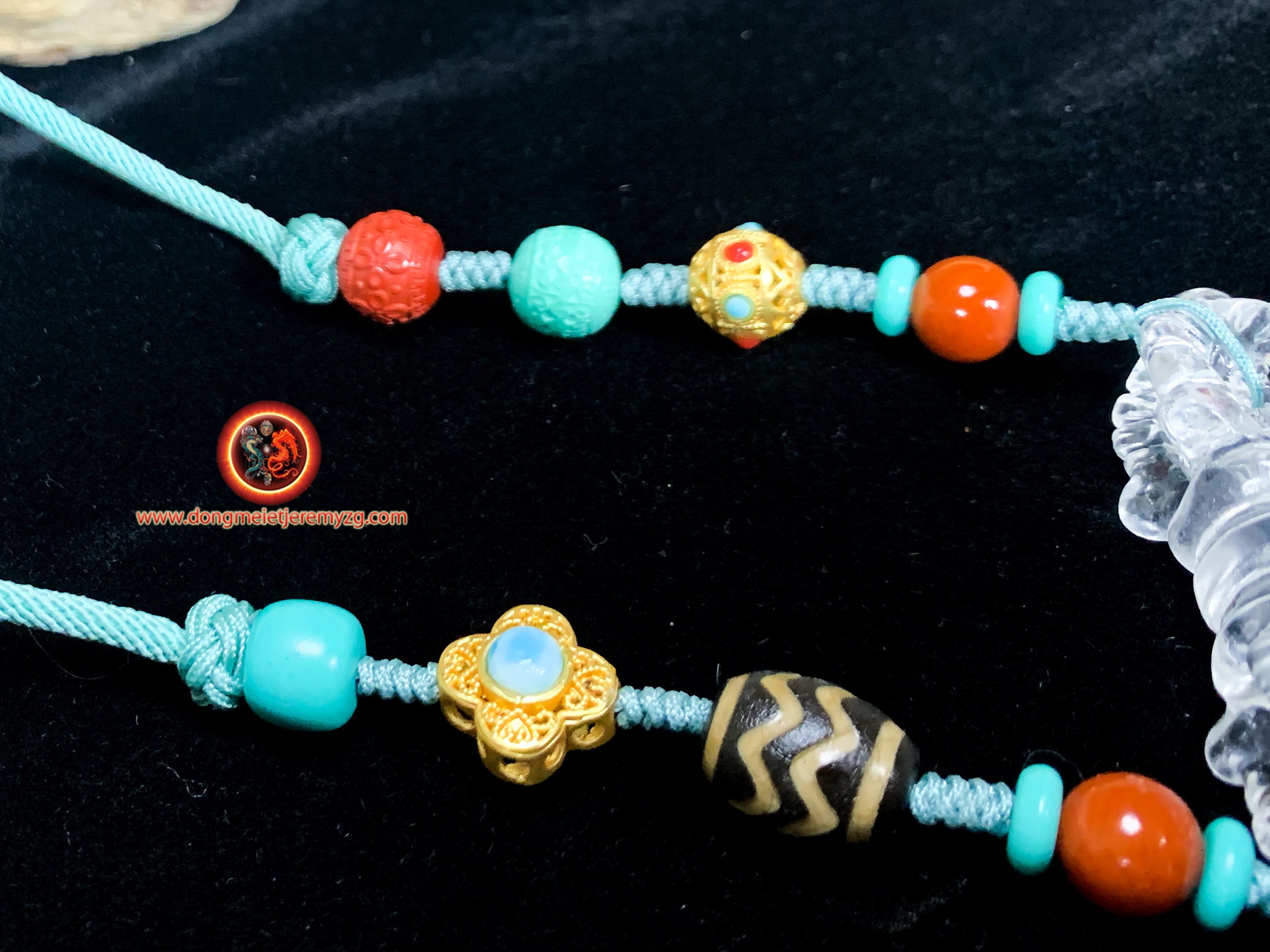 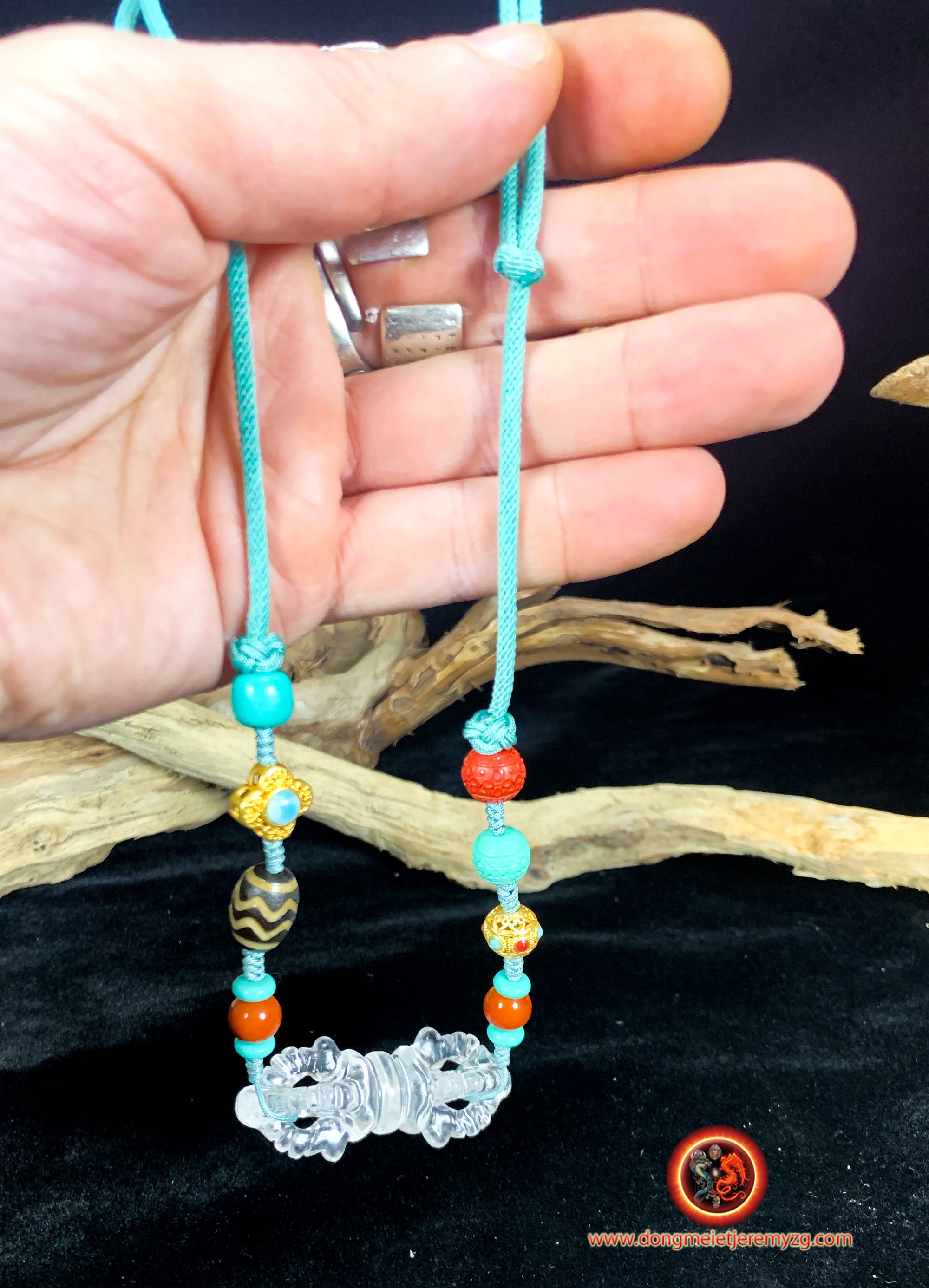 Tibetan Buddhist necklace vajrayana, dorje/ vajra in rock crystal of gem quality.
This rock crystal of exceptional quality originates from Brazil.
As a gemologist graduated from the National Institute of Gemmology of Paris (ING), all our stones are appraised and certified.
Dorje dimension: 50mm by 19mm
Weight of 99 carats.

Tibetan Sacred Agate (DZI) "waves".
the waves are a very powerful design with the ability to bring several fortunes to the wearer. These fortunes can include wealth, prosperity, and good energy. Flowing water, or waves, are often a symbol of unlimited opportunity and good fortune entering all aspects of life.
Our contemporary Dzis are made according to tradition, by Tibetan craftsmen located at the crossroads of Yunnan, Sichuan and Tibet in the Tibetan prefecture of Gyaltran at 4000 meters above sea level.
The stone is agate, and the drawings on its surface are made by the hand of man, but according to a secret technique. A mixture of plant and lead is applied to their surface, the whole thing is cooked (at about 1200 degrees); at the exit and once the mixture is removed the drawings appear. According to some sources, some of the oldest Dzi were colored FROM THE INSIDE using secret techniques lost for a long time...

Arizona turquoise "sleeping beauty".
Agate nan hong. This agate, from Yunnan province, has its bright red color due to its natural cinnabar content.

Collar adjustable by a sliding system: maximum size of 34cm