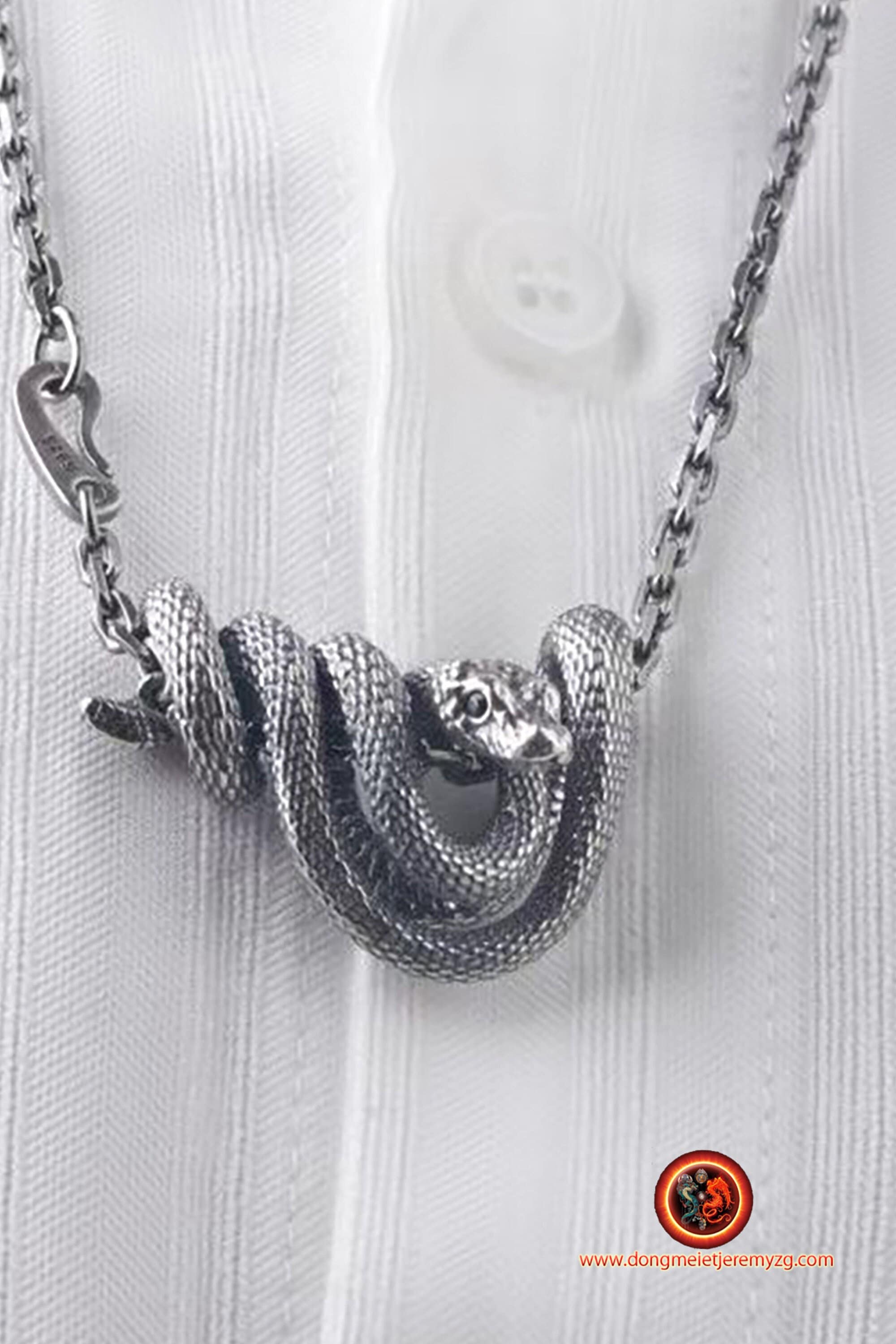 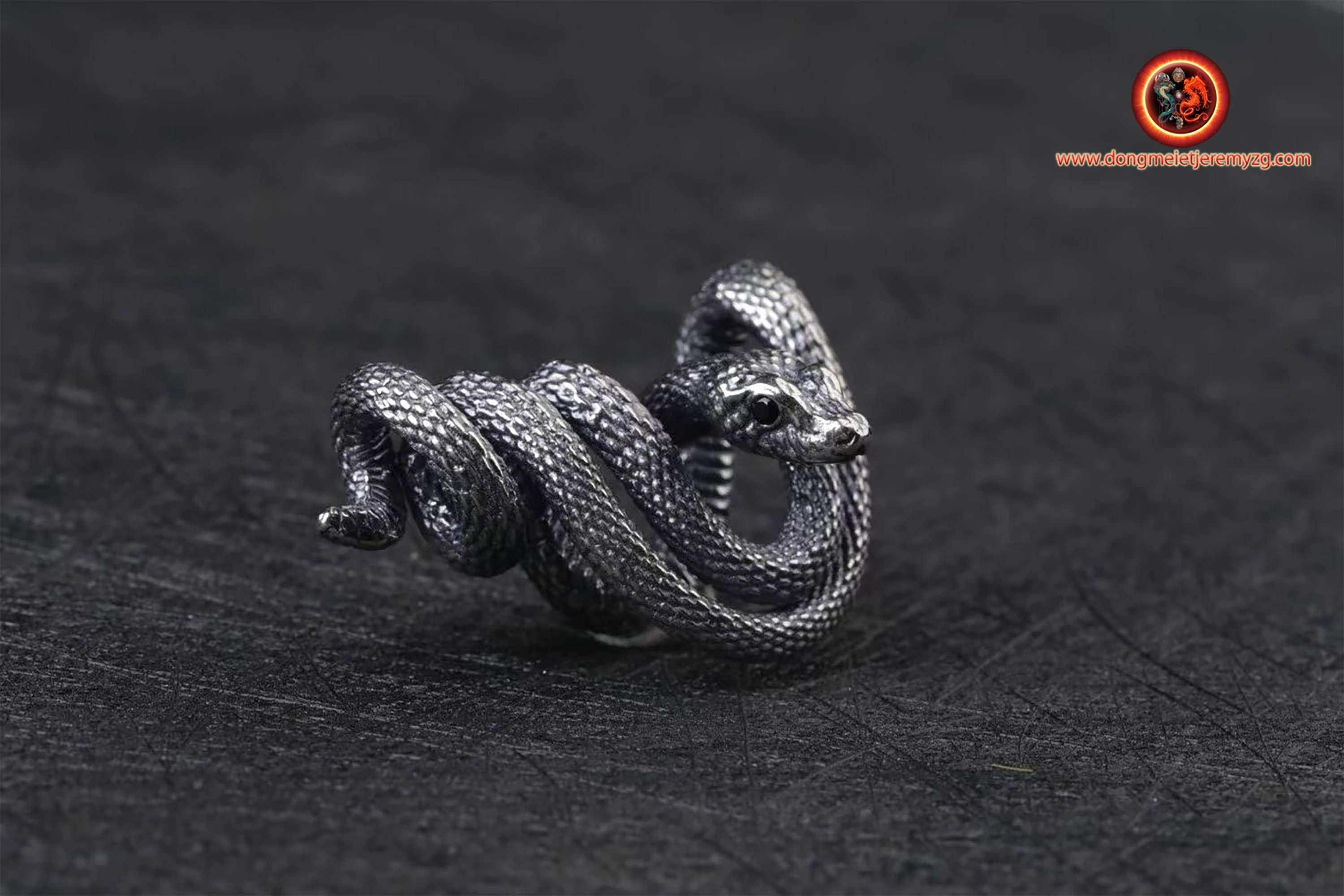 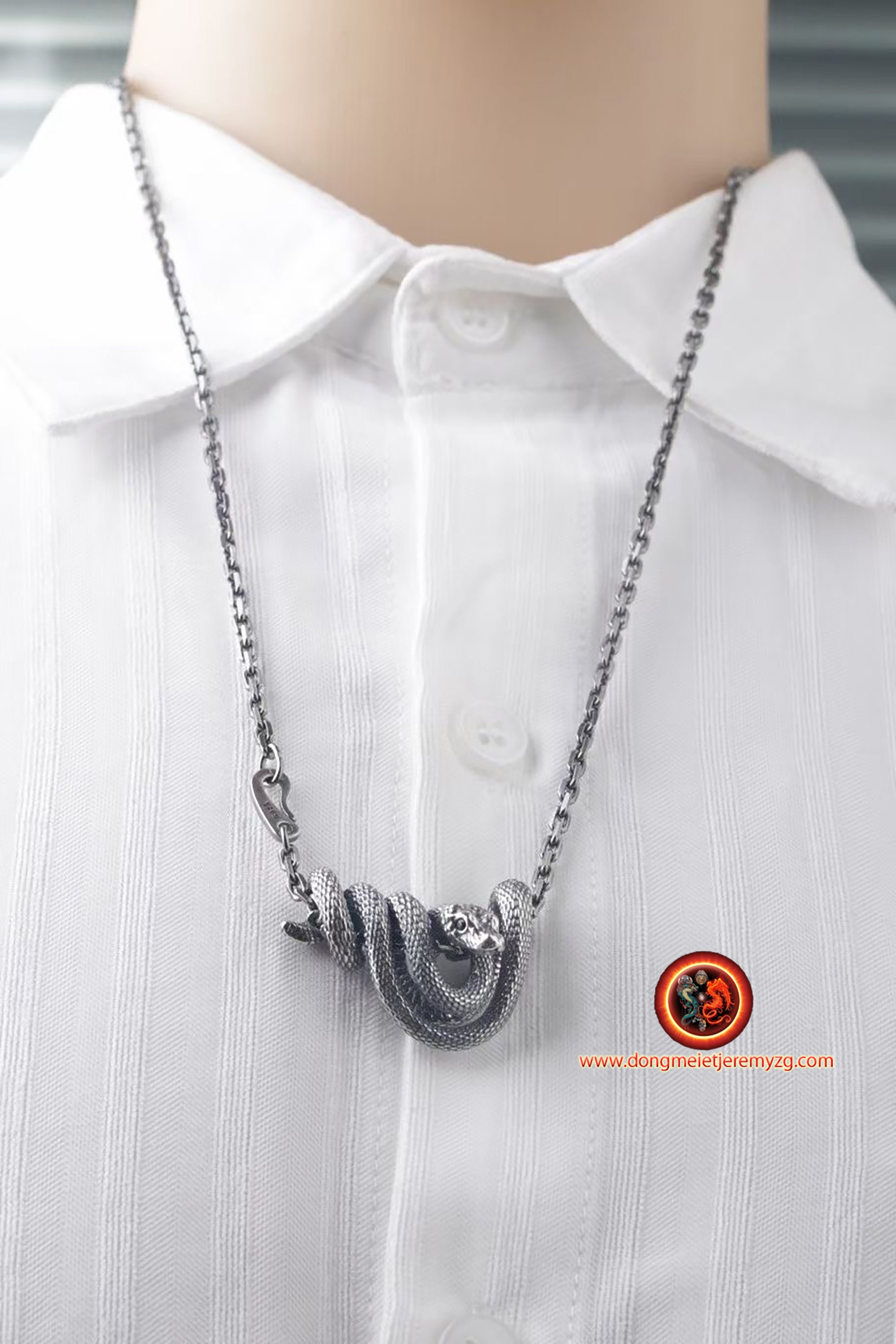 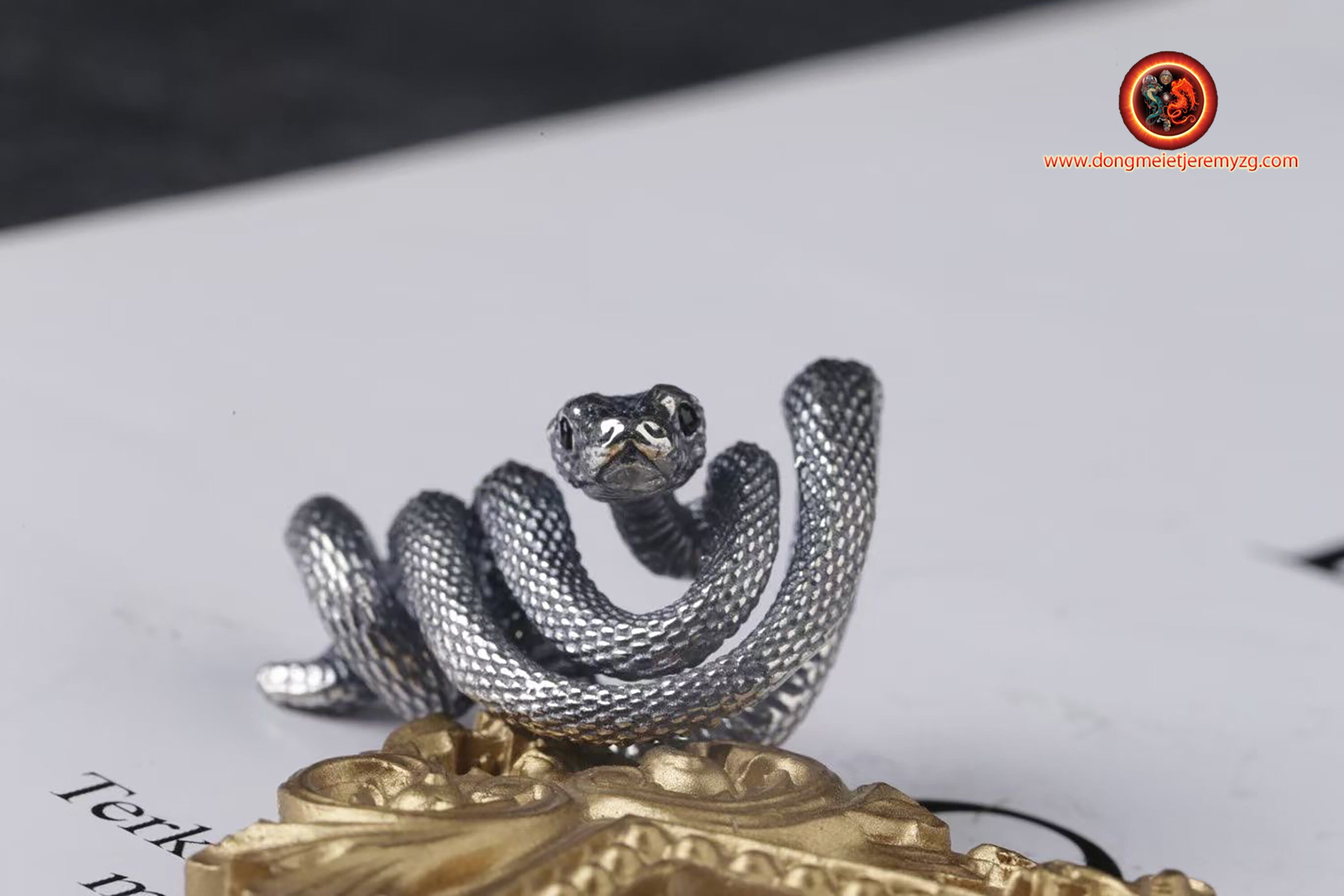 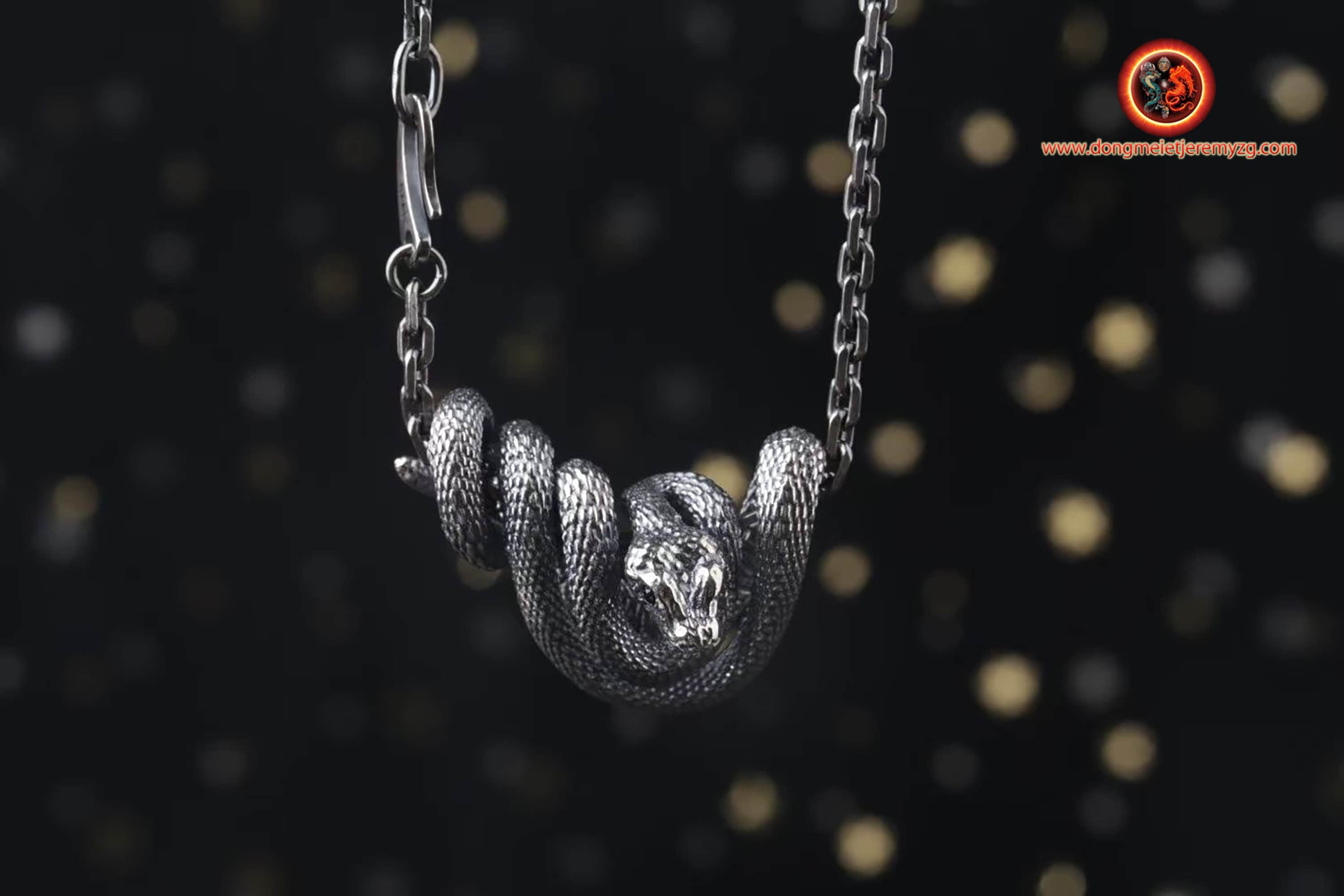 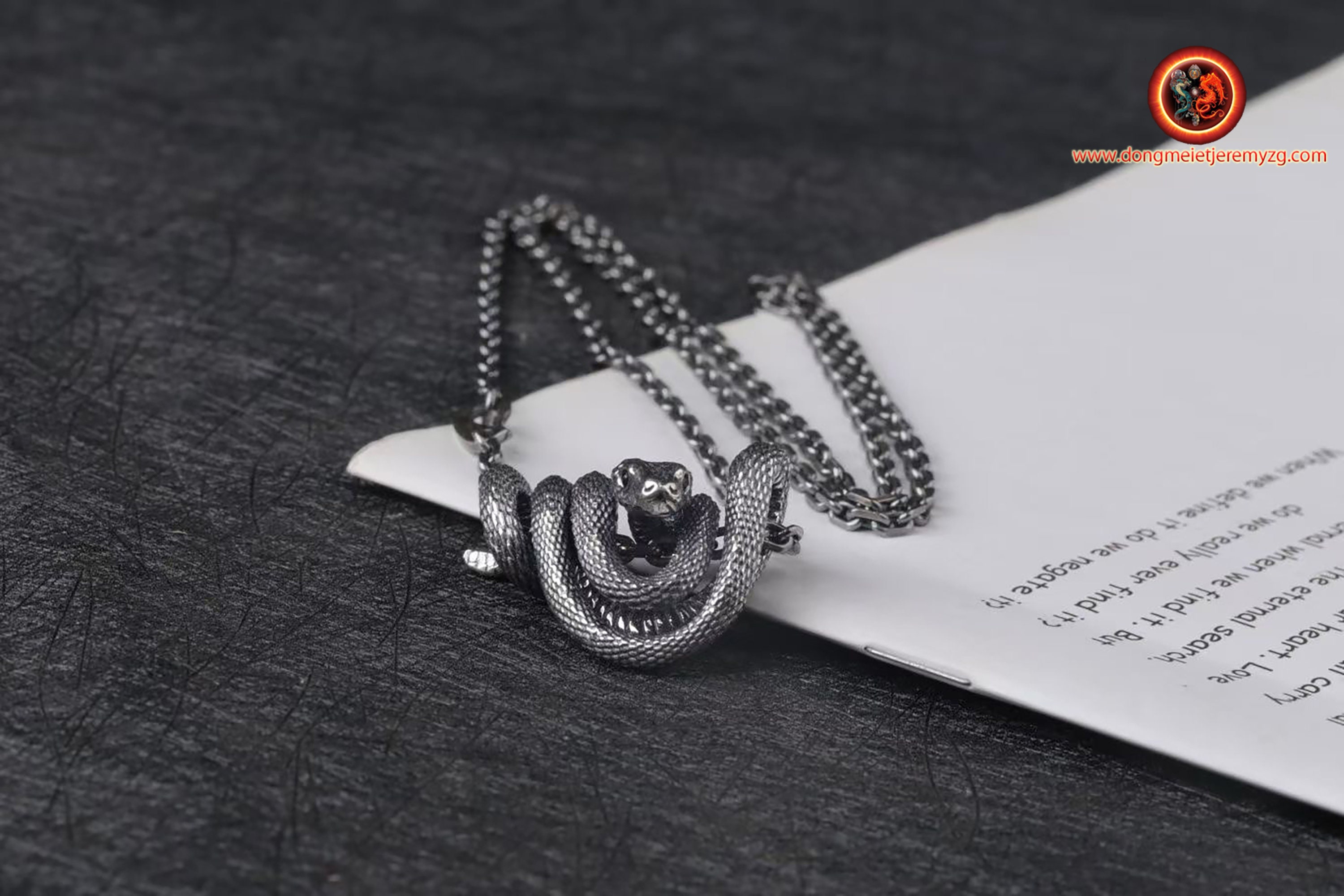 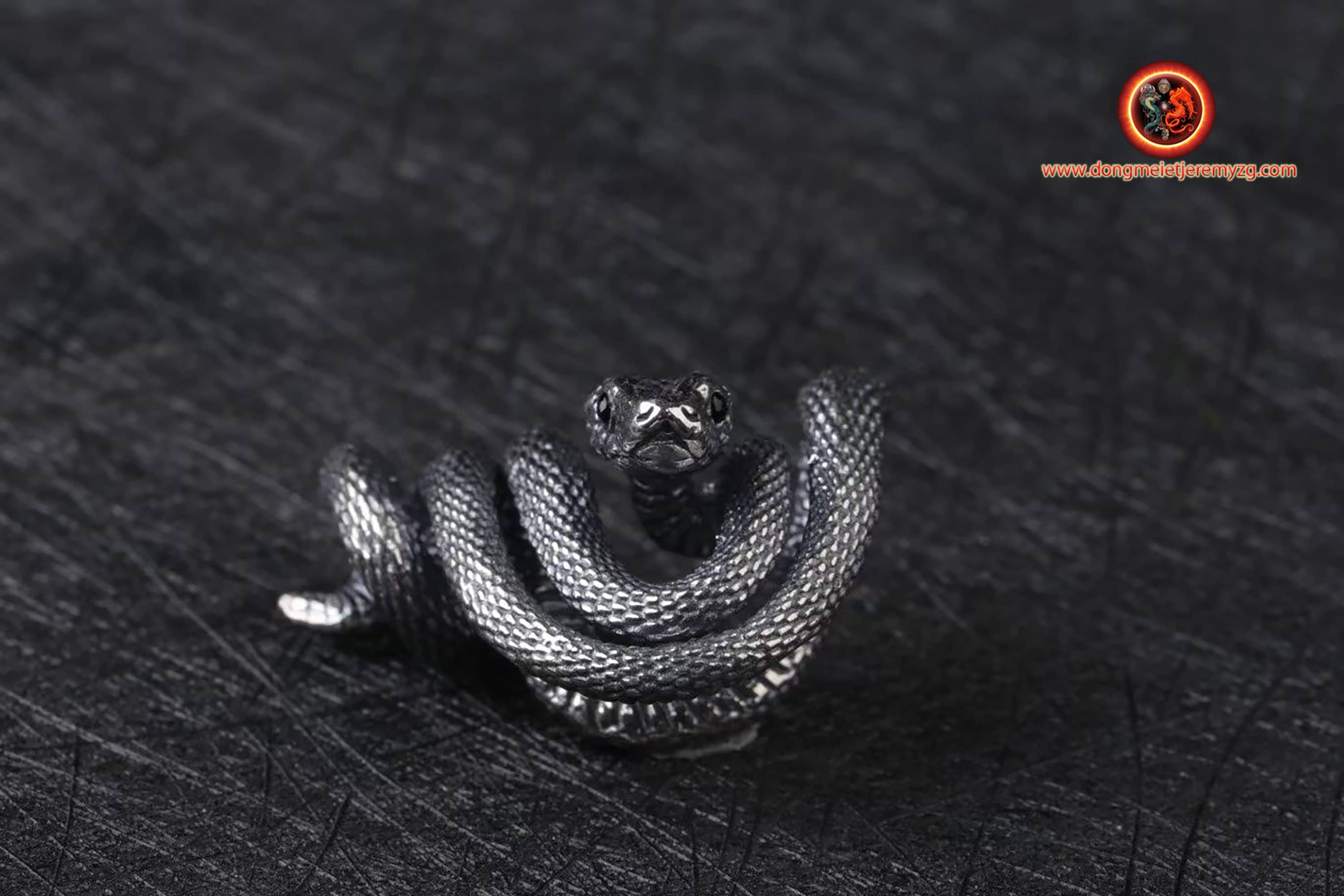 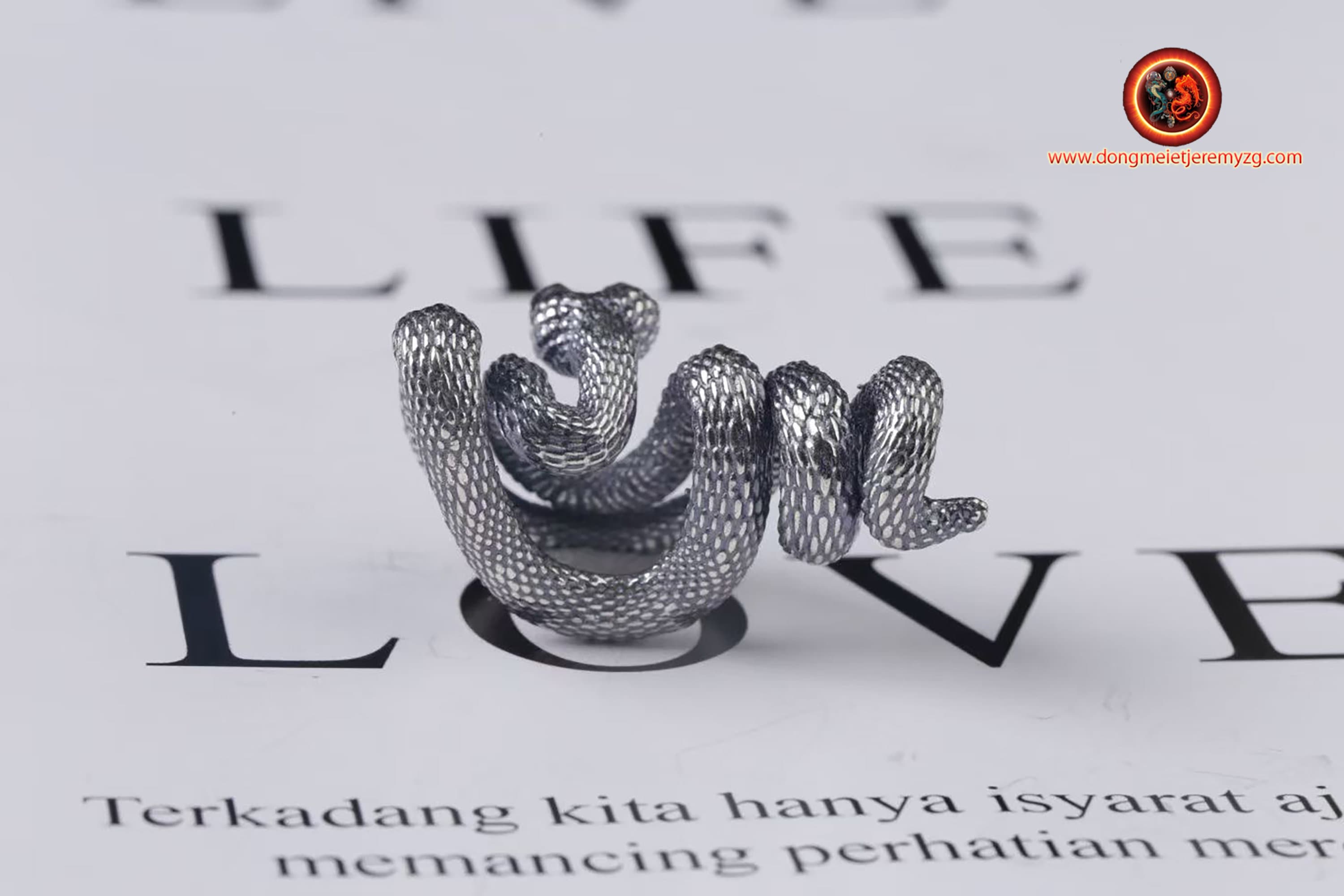 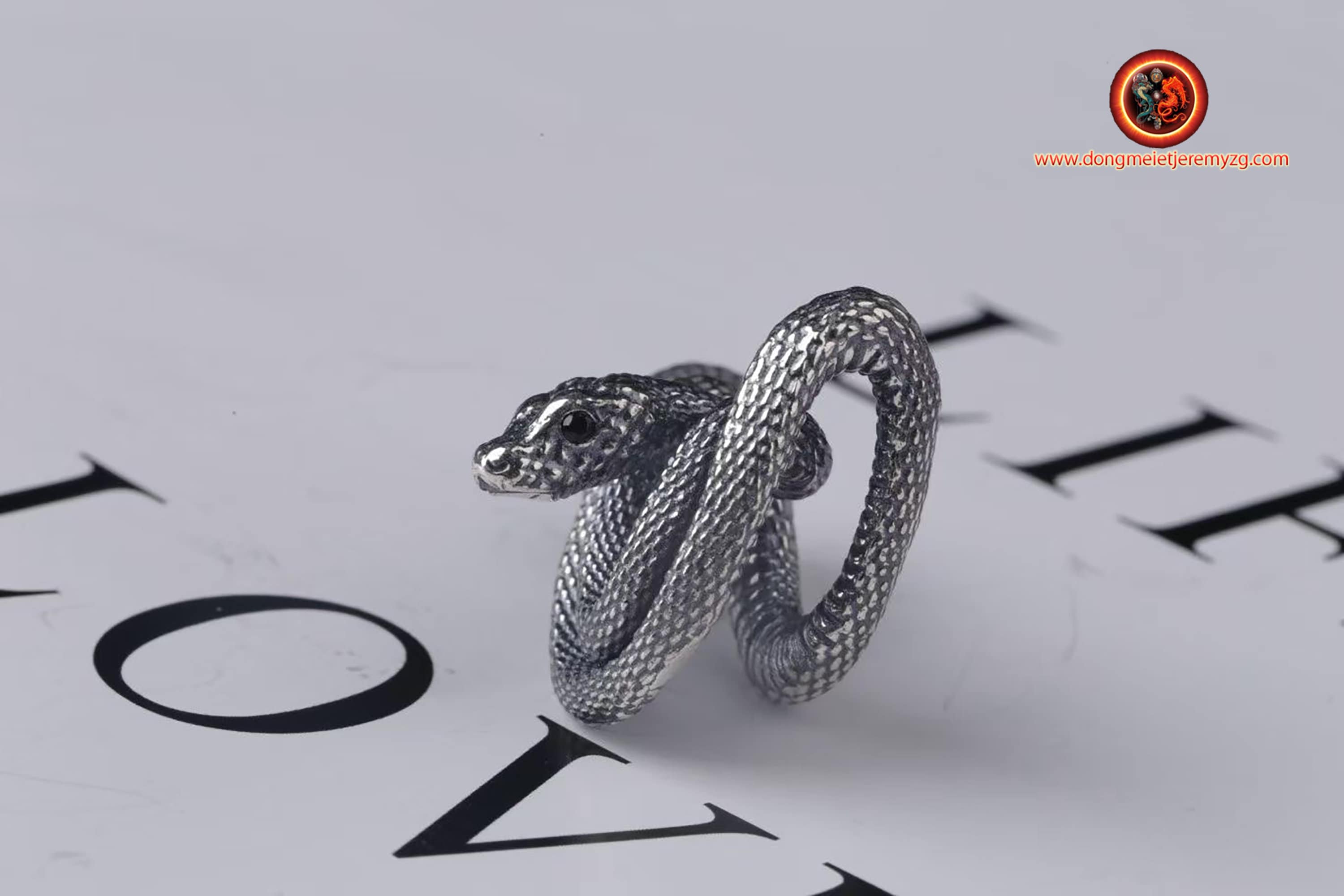 The positive energy of the snake
The Positive Energy of the Snake is that of Spiritual Creativity: to put his "Love" energy at the service of Universal Creation. In other words, to put the Spirit/Mind/Student at the service of the Soul/Heart/Master. The energy of Snake is very Spiritual, inviting us to the spiritual path on Earth: purification of our Spirit in order to attain the Mastery of our Spirit. The latter, not healed, not freed from our possessions, possesses us and makes of us what he wants. Thanks to the path, certainly demanding, subtle and difficult, guided by Serpent our Spirit washes itself of the many poisons on all our planes: physical, psychic, emotional and spiritual. We could also say that the healing of the Snake is done at the level of our neo-cortex, limbic, reptilian brain and ultimately our universal computer: our heart. From there to say that Snake comes to transcend Hatred in Love not long ago. The positive energy of the Serpent invites to the spiritual path in order to use his energy, all his energy, in the sense of Creation, in the sense of the universe. The latter wishes to see us procreate within it. Primordial energy at the service of primordial energy. It is necessary to reach a good spiritual level to walk smoothly with the energy of the Serpent. Integrity, sincerity, devotion, truth and spirituality must be virtues for the one who wishes or is elected to accommodate himself to the Serpent. Bites to the test, the initiate must make many moults until becoming "nothing". It is a bit as if he had to clean his poisons capable of death and as these, in their worst expressions, are the violence leading to death and rape: the death of the Sacred Being, in other words that it will take a lot of courage to the follower of this medicine!
Snake Medicine refers us to the caduceus of Hermes: two yin and yang snakes that rise to the crown chakra to suckle the pineal gland capable of secreting the hormone of Love relative to the "flood". This Caduceus that every doctor wears should not be external but internal. This is the rise of Kundalini. This is the first of the great spiritual trials. Symbolically two snakes wait patiently, curled up in the root chakra, the Awakening of the Initiate. It is the test of "Having Love" or "Being Love". That is to say that without ceasing he will have and will have to make the choice of Love and not of Hatred and in another form the choice of his heart and not the choice of money. The Kundalini Climb is the pas-sage from the verb To Have to the verb To Be. It harmonizes the initiate in the sense of Unity. However, his path does not stop at this climb, we could even say that then the true spiritual path begins. The initiate will then be taught, guided by the Universe, what we commonly call Spirits in Shamanic language. He will have to go to the Universal School where the language is Love. Many Masters and thus Higher Levels of Consciousness await him, to polish his own philosopher's stone. The Serpent invites us to many renunciations, changes, sacrifices and therefore many moults in order to regain the original energy and reach, the second great spiritual test: Enlightenment, to be a Sun on Earth. At this point you have become "Nothing" so you embody "Everything" and this is the whole paradox of the Way. If the first phase of the spiritual path consists in "belonging", regaining one's Sacred Identity, the second phase is that of "no longer belonging". That is to say that the Sage has become Mad. He has become "Nothing" and embodies the "All" total transcendence of the Ego. It is the Instrument at the service of the Universe.
By reading the Spirit of the Serpent, we quickly understand that it is a relatively high Spiritual Teaching and that it is neither given nor accessible to everyone. The Teaching and healings transmitted by the Serpent do not pass through the mind. Everything passes through the way and voice of the Heart. Transcendent energy.
If you want to summarize the Energy of the Snake remember the words "Spiritual Being".

The Snake Test
The Snake's Test is that of the bite. If Serpent comes to you, it is because it is so much for you to walk spiritually to meet your Sacred Being. Its bite will cause you to die of your own venoms, the most difficult of which will be your unresolved sexual perversions in your personal, family and karmic history. The venom of the Snake is strong, the bite will hurt and you will need a beautiful spiritual awareness to overcome your flaws and ailments. You will have to molt again and again, that is, change, renounce and even accept sacrifices to heal yourself. With each molt, you free yourself from the deadly venom, you will then aspire to the grace of the Serpent: that of being eaten by him. By absorbing you, it will digest you with these powerful acids and it can then moult. You will be dead to your poisons: Renaissance.

Snake Medicine
Snake Medicine is quite rare. The initiation of this medicine requires overcoming and surviving the many bites. Each bite then transmutes our own poisons to the reptilian brain. This will be possible through the Heart and trance. Snake Medicine, although powerfully positive, is extremely challenging. "To the fool" those who quest the rise of Kundalini without having the prorogatives. Furious madmen who seek power and not devotion. Kundalini comes naturally through our actions, our behaviors, our sincere personal and spiritual journey. This powerful Medicine will first lead you to reconnect with "who you are": a Sacred Being. It is the Sacred Being will then be capable of age-agie. A magician able to reconnect to the Source those who have been cut off by violence and rape. The follower of the Medicine of the Snake therefore has the power of the "Baptism", which is not nothing !!!