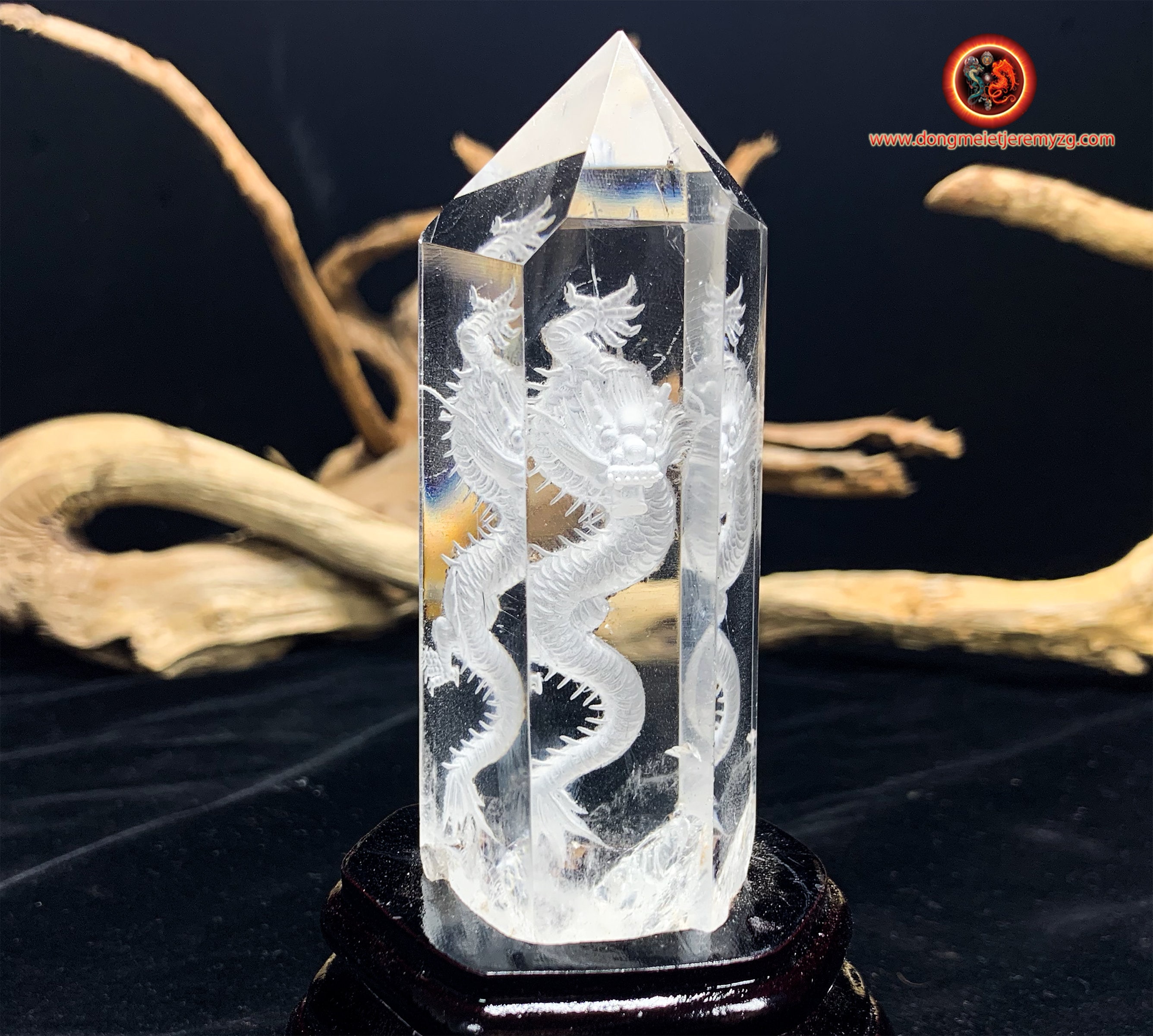 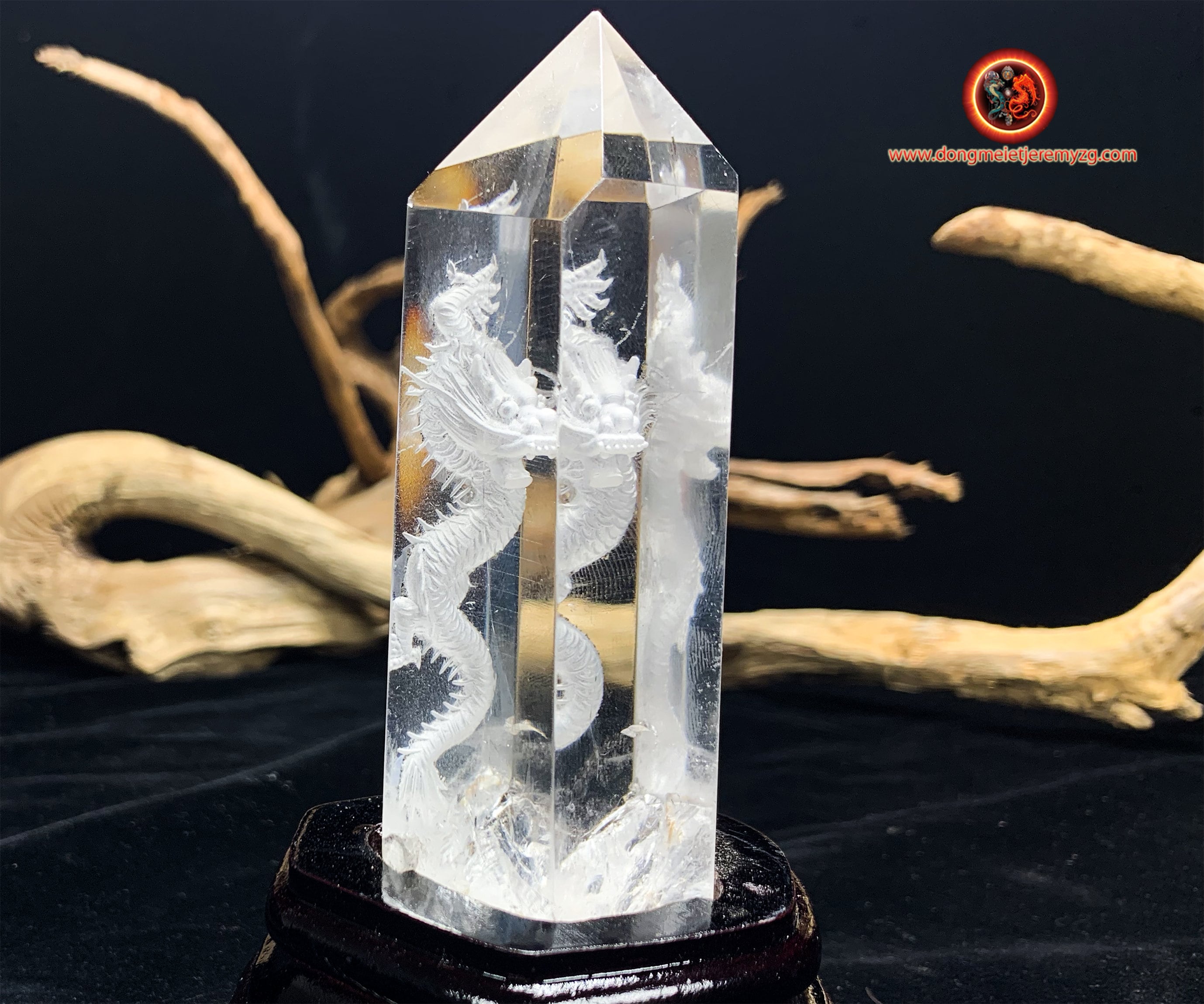 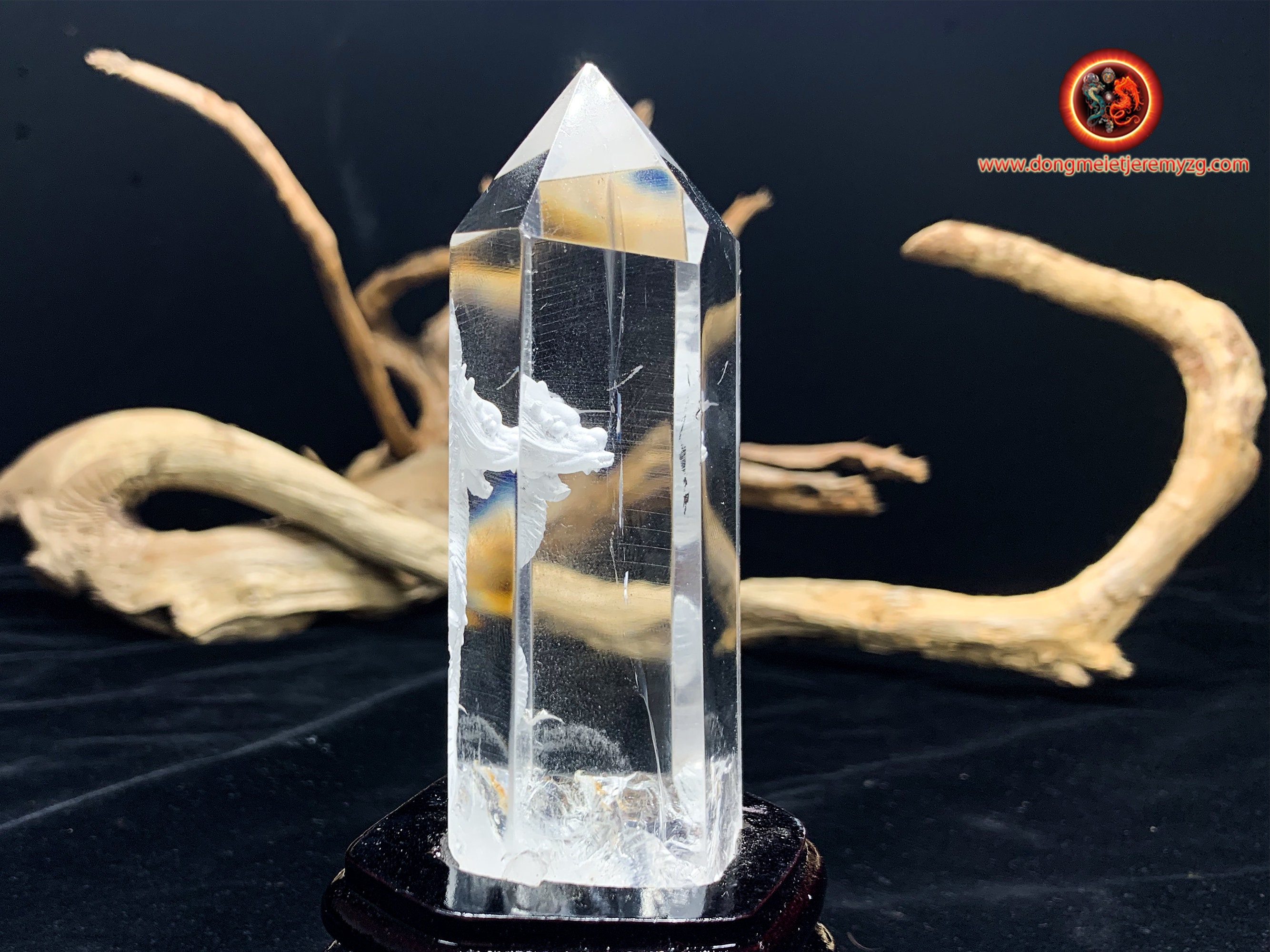 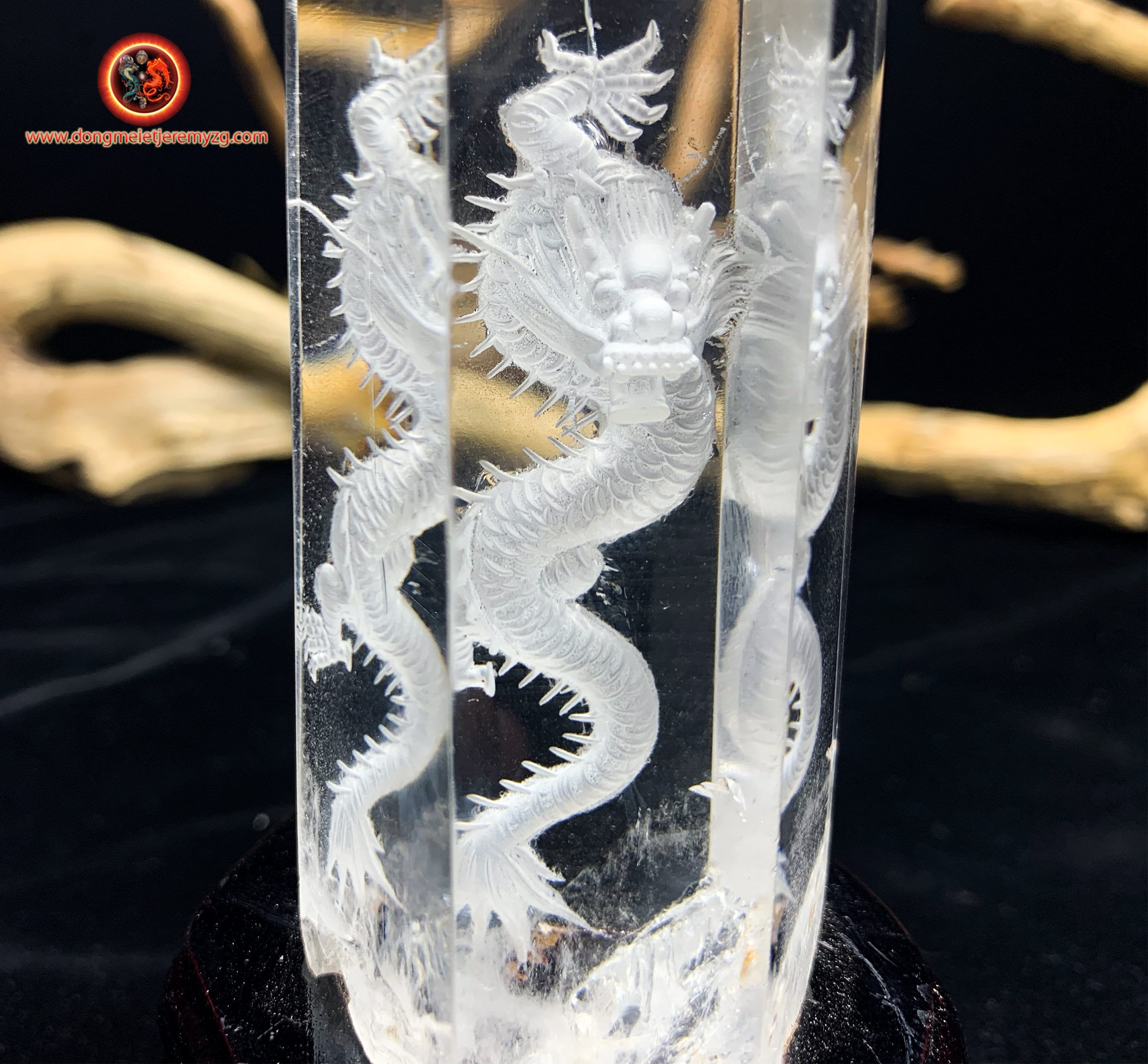 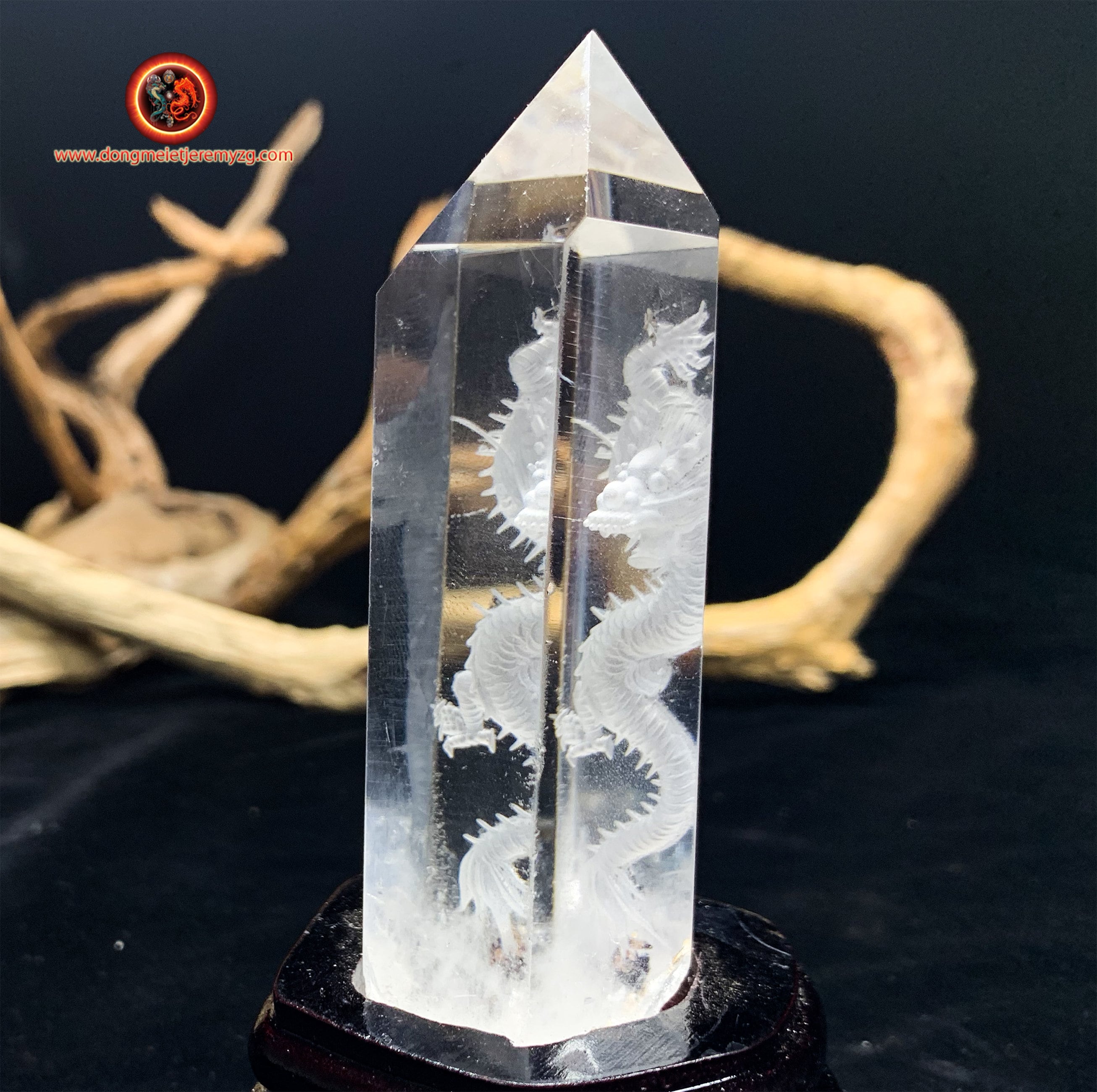 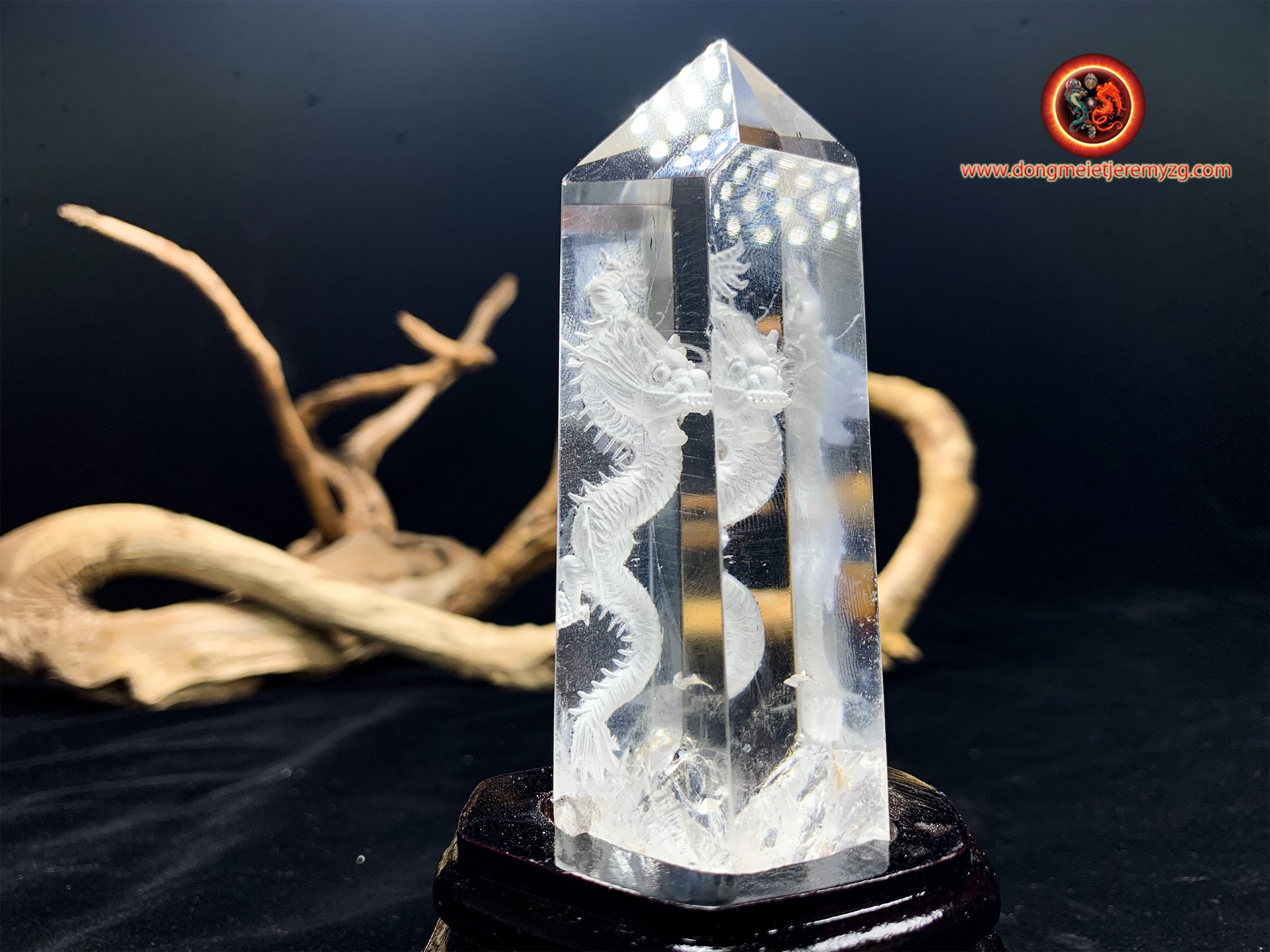 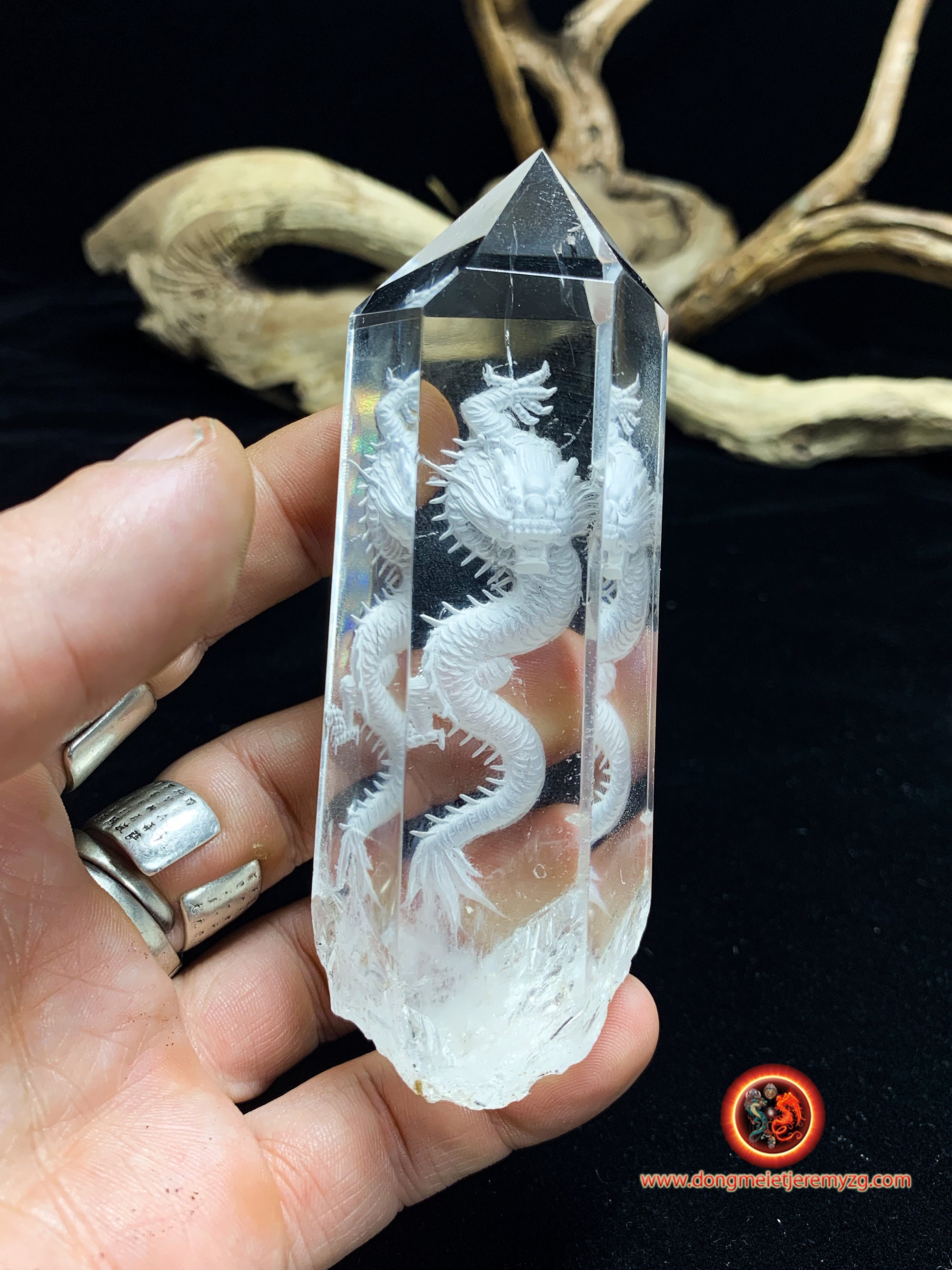 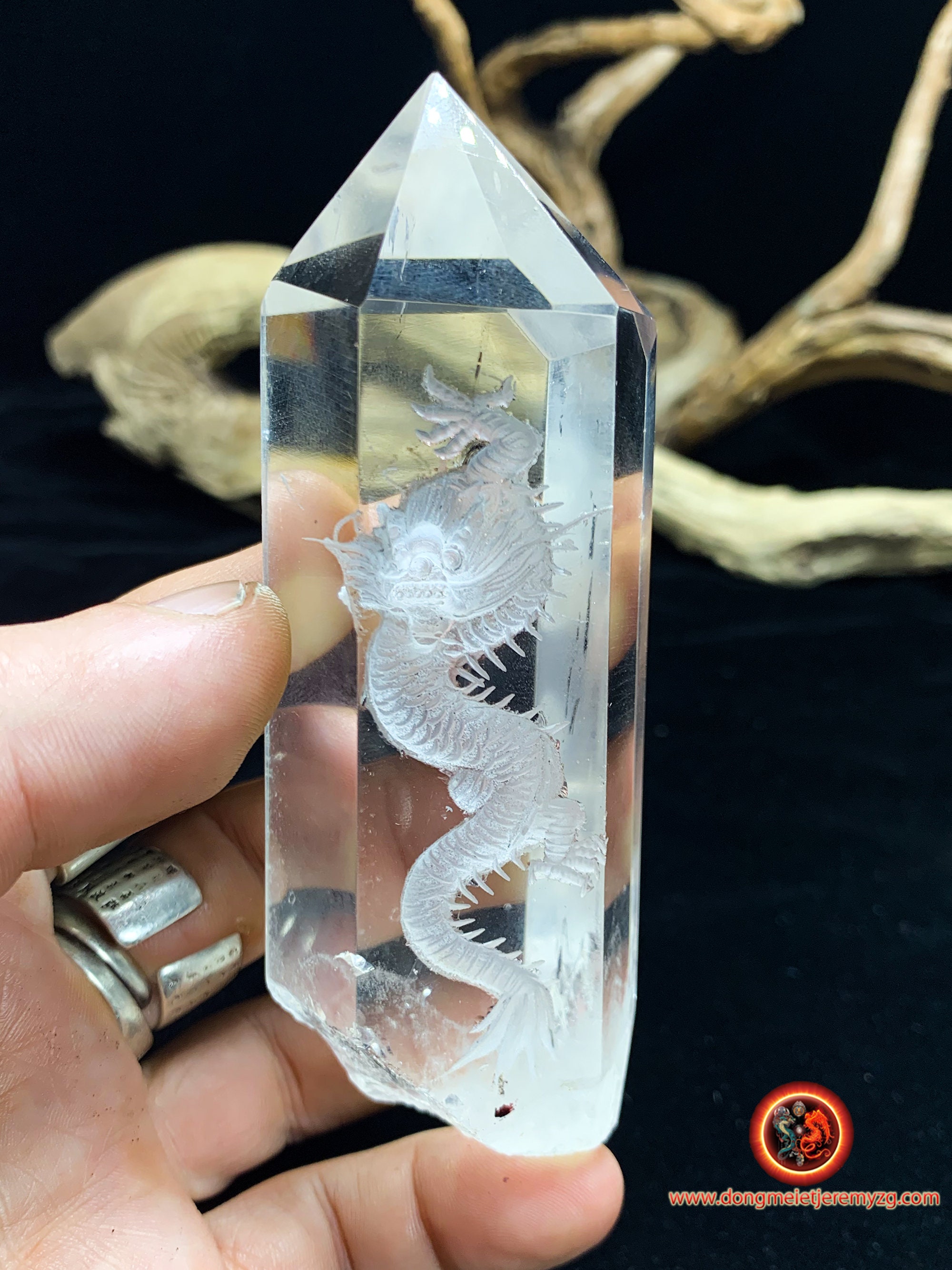 Natural rock crystal, appraised.
All-natural warranty, without any treatment or counterfeiting.
As a gemologist graduated from the National Institute of Gemmology of Paris, all our stones are appraised and certified.

Video also available on our youtube channel via this link
https://youtu.be/Ik5Ibzm_mO8

The dragon is both a mythological and folkloric creature in China. Present in the founding myths of Chinese civilization - Yu the Great would have obtained the help of one of these creatures - Chinese dragons, or Long, are very different from their Western "cousins".


While the latter are evil beings in the legends of the European Middle Ages, the dragons of China, and by extension Asia are generally benevolent beings, even if Buddhist thinkers have introduced the idea that some dragons could be responsible for destruction as a result of human affronts.

Of the approximately 360 tortoiseshell creatures in Chinese mythology, the dragon occupied the top of a hierarchy. It was represented by a mixture of several animals but there were a significant number of varieties of dragons depending on its habitat.

The dragon may possess horns or deer antlers. It is also often depicted with wings covered with scales or hairs. This dragon, the one we know best, is decked out with powerful claws and the air it blows can become cloud, rain or fire.