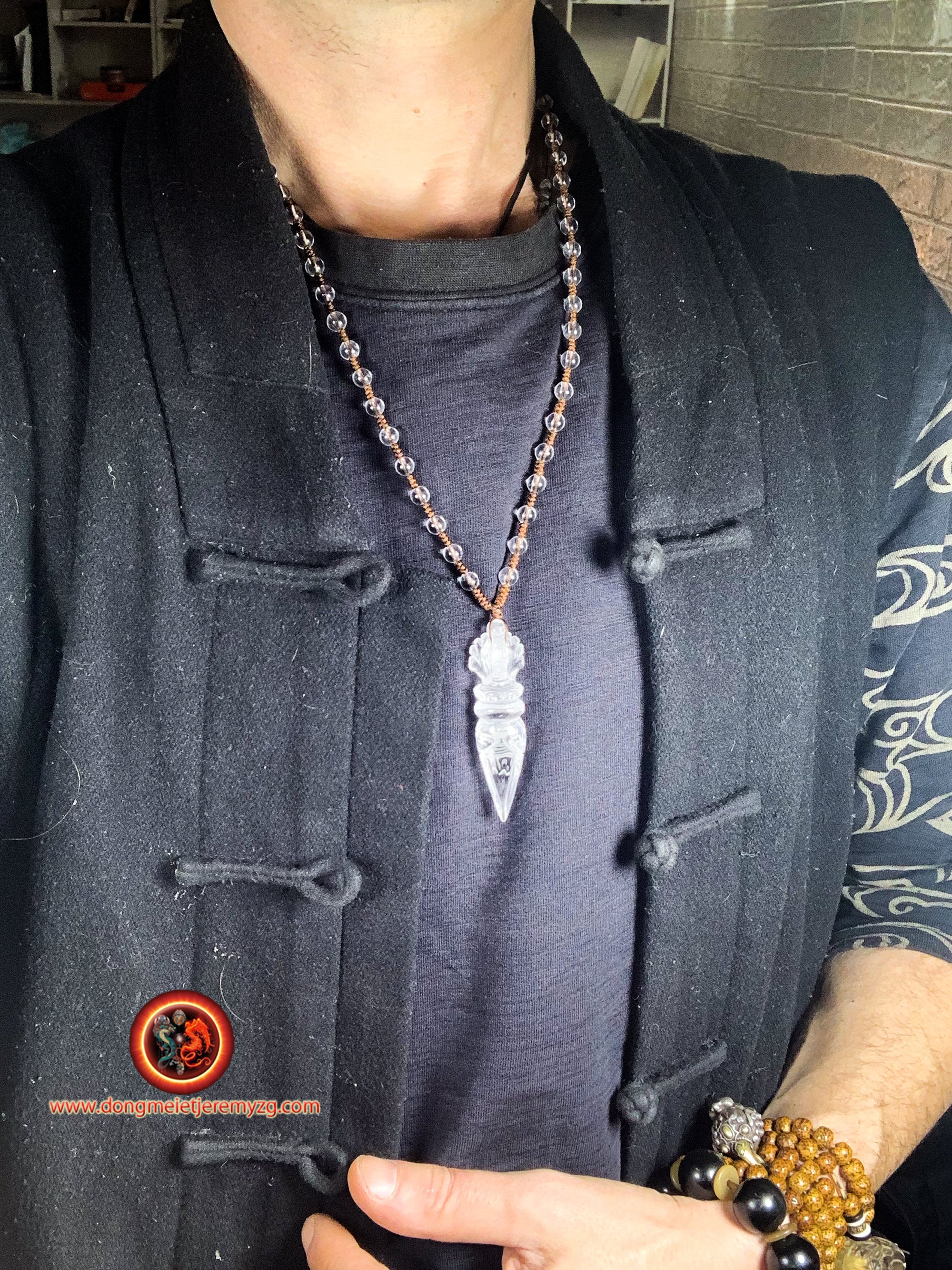 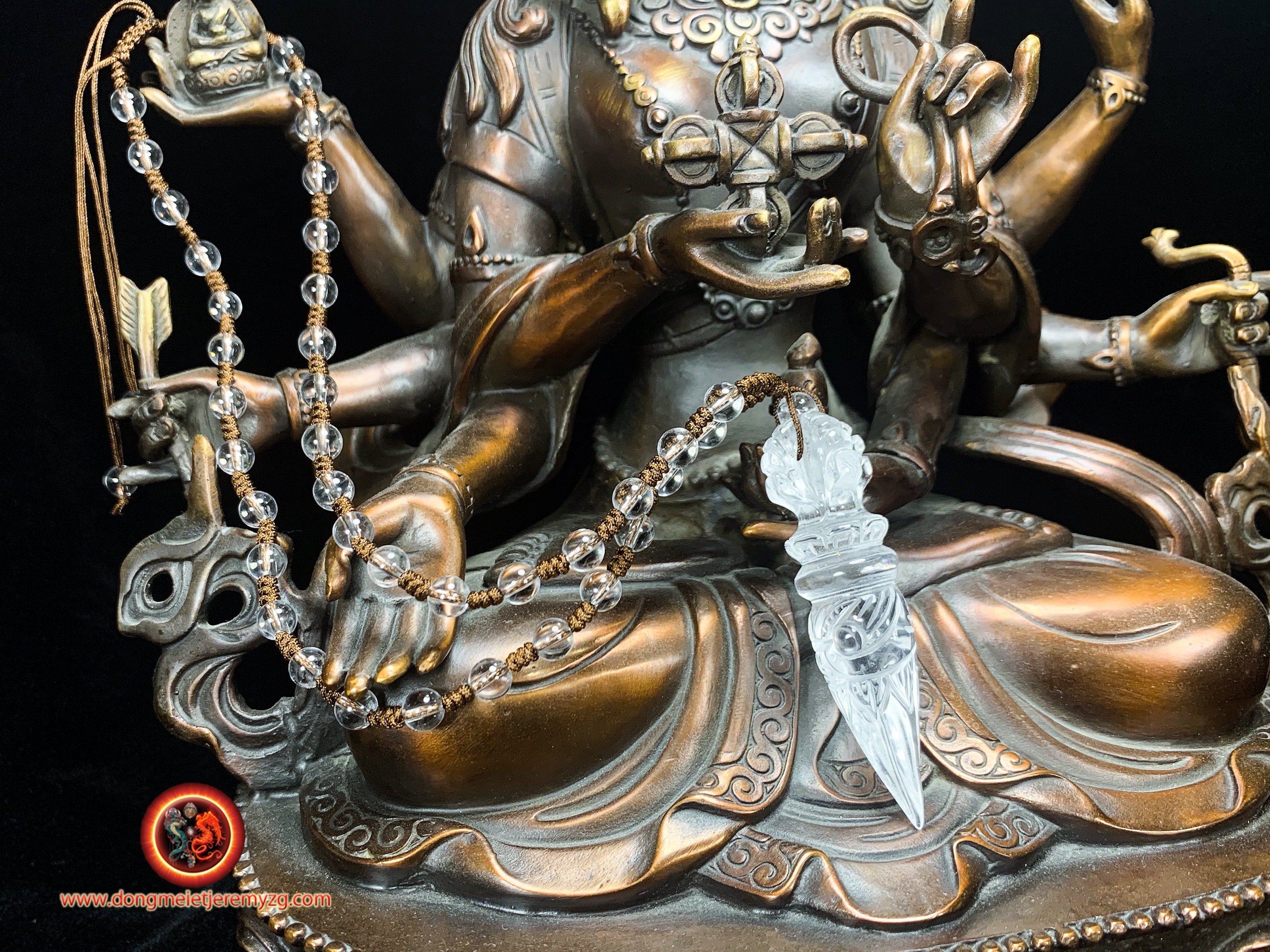 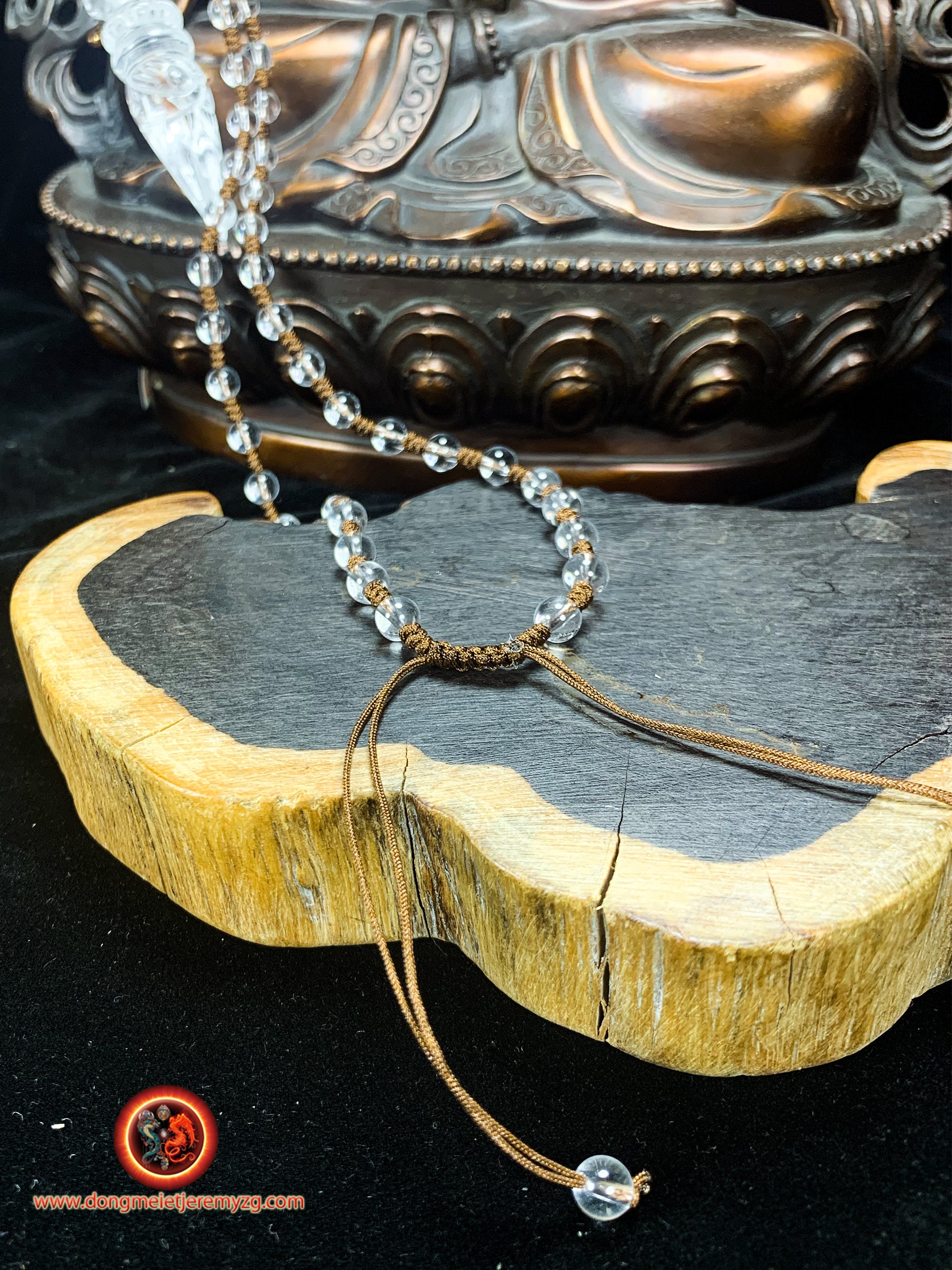 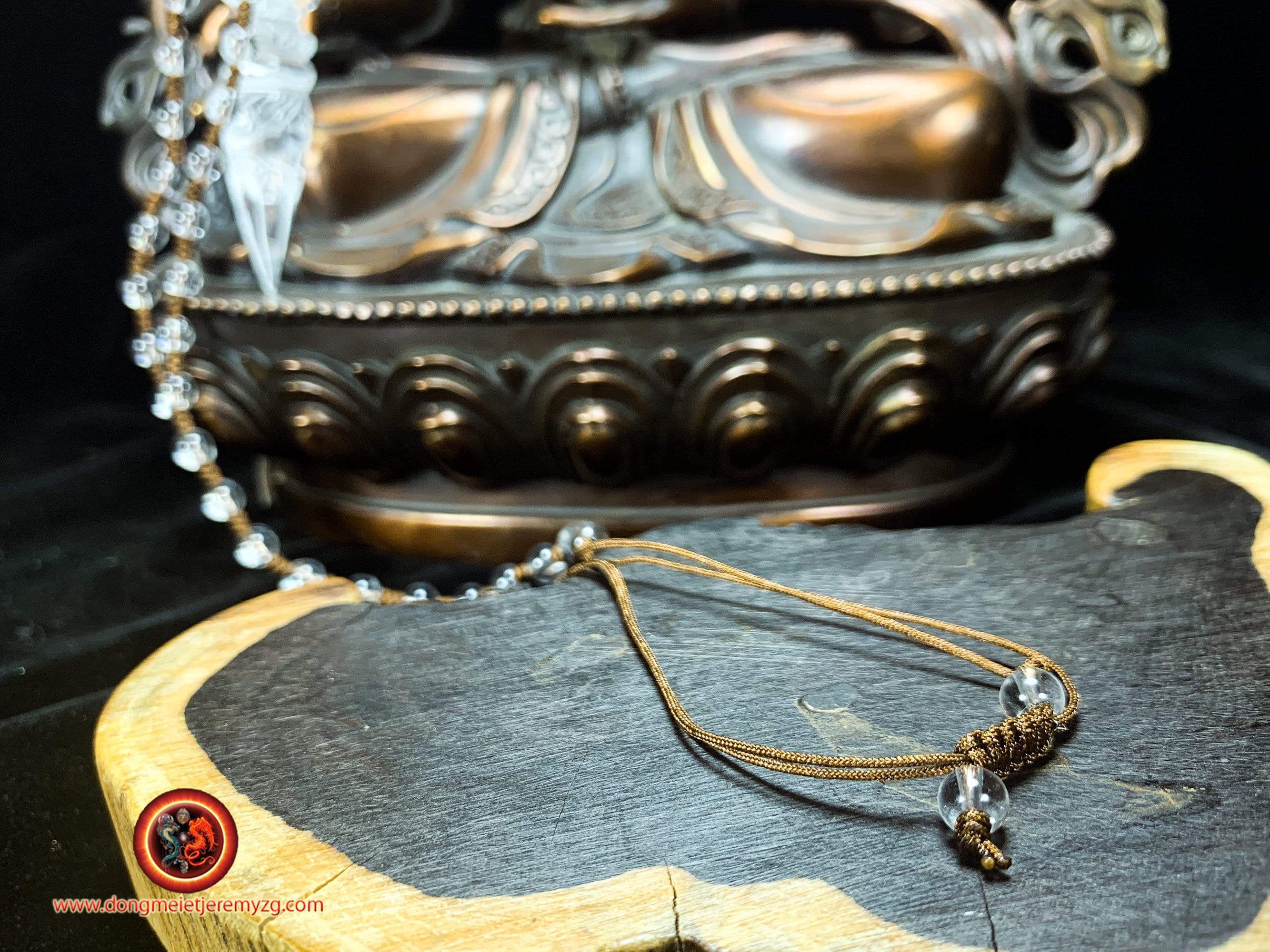 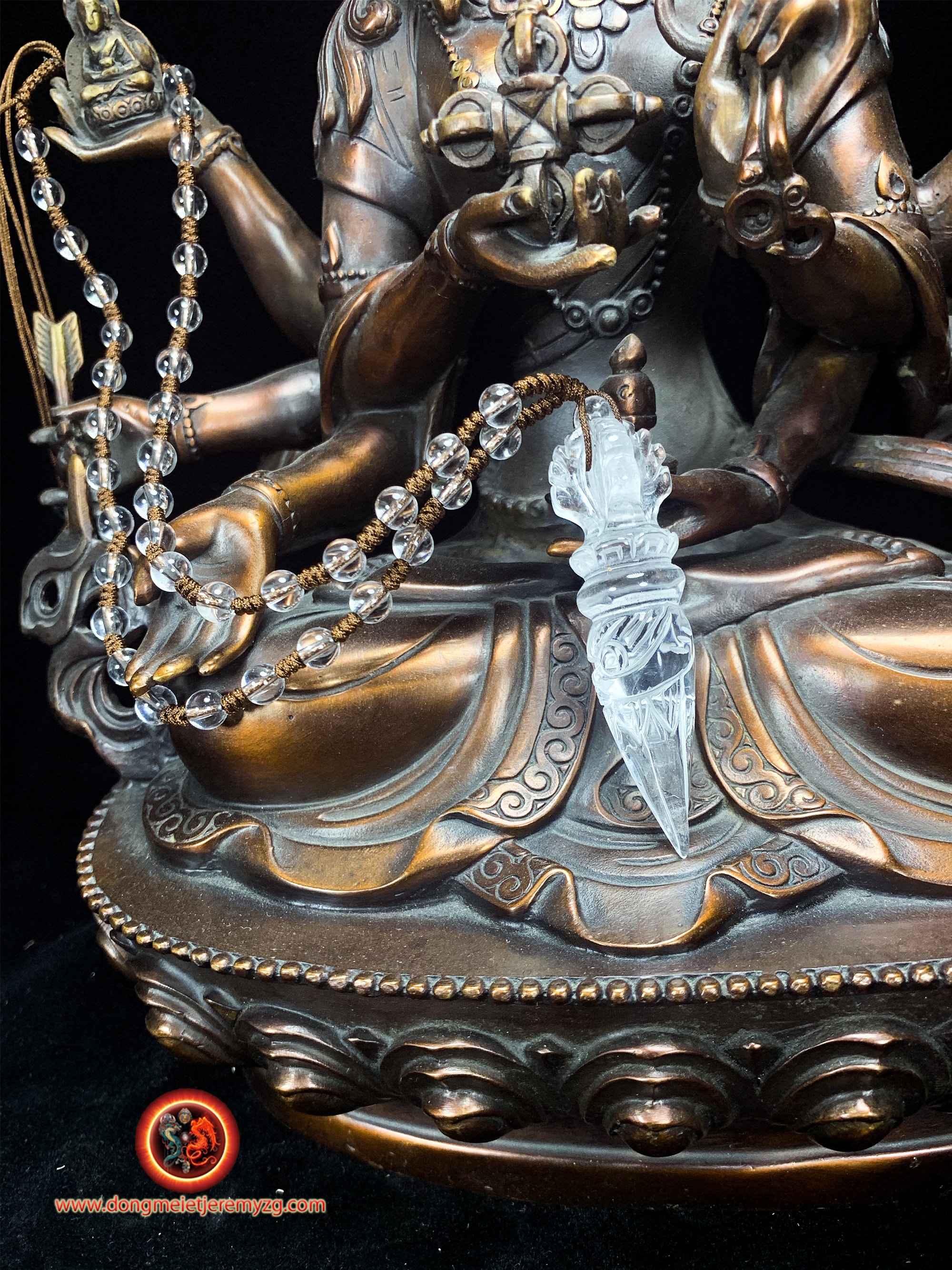 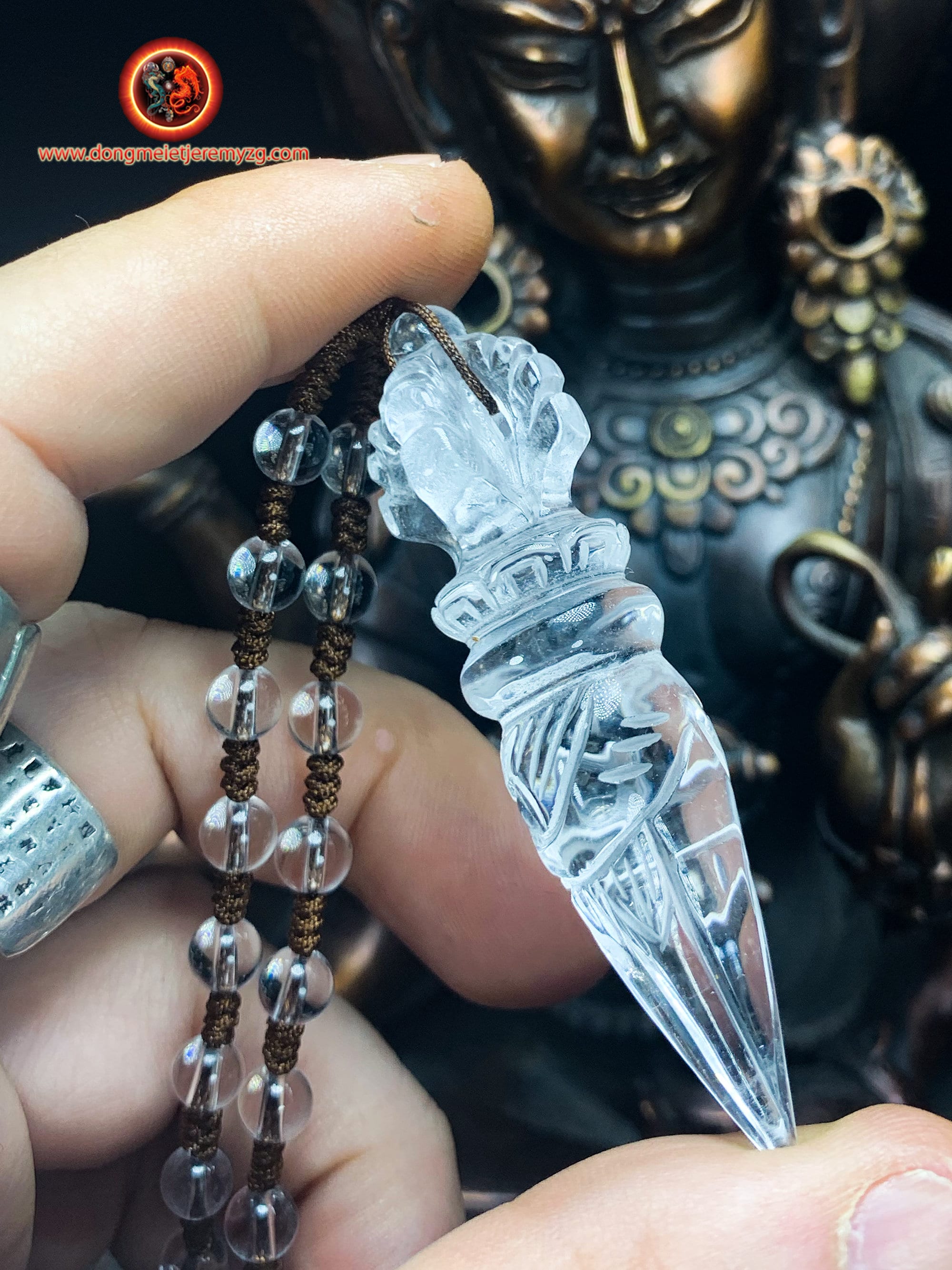 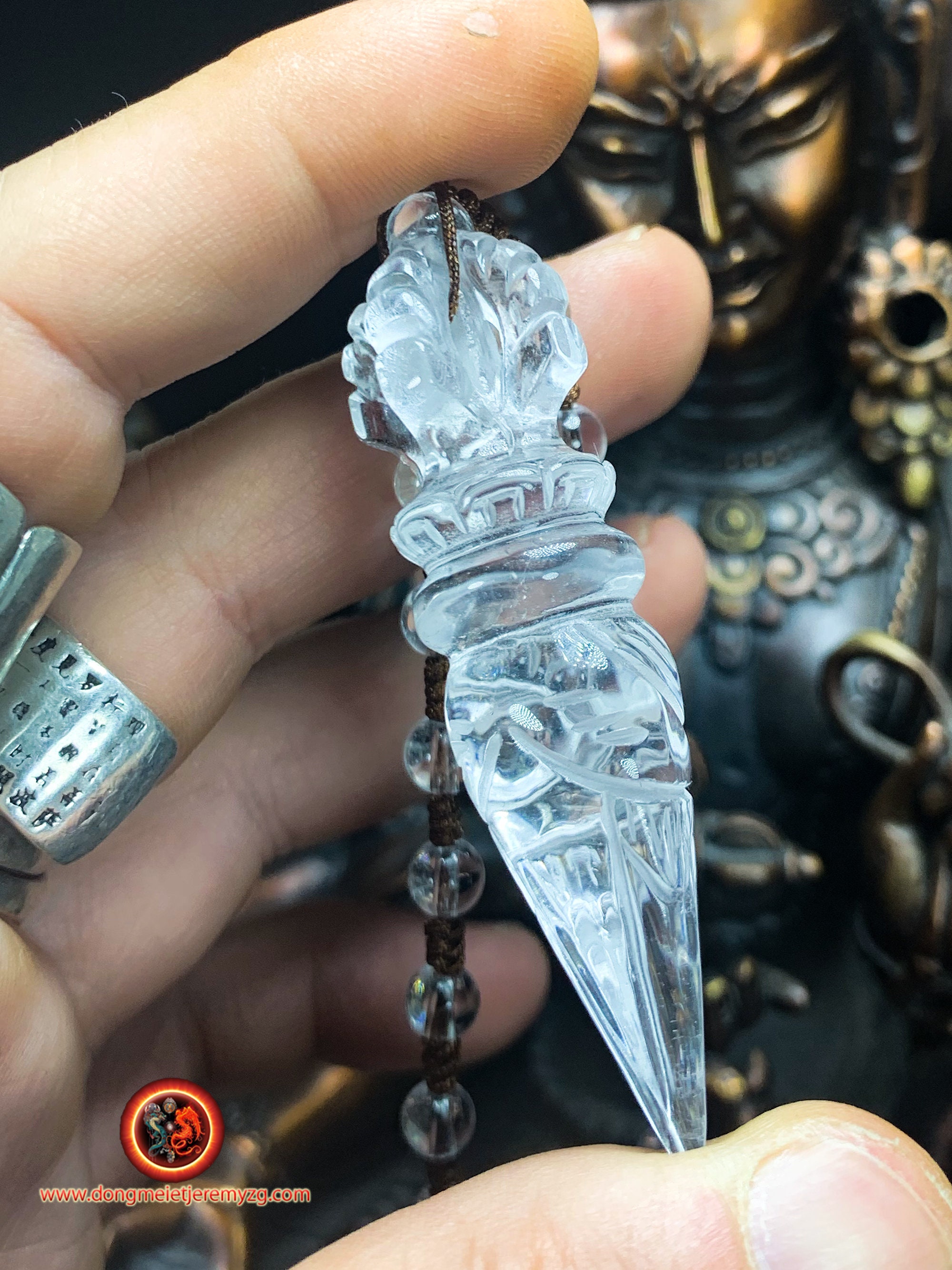 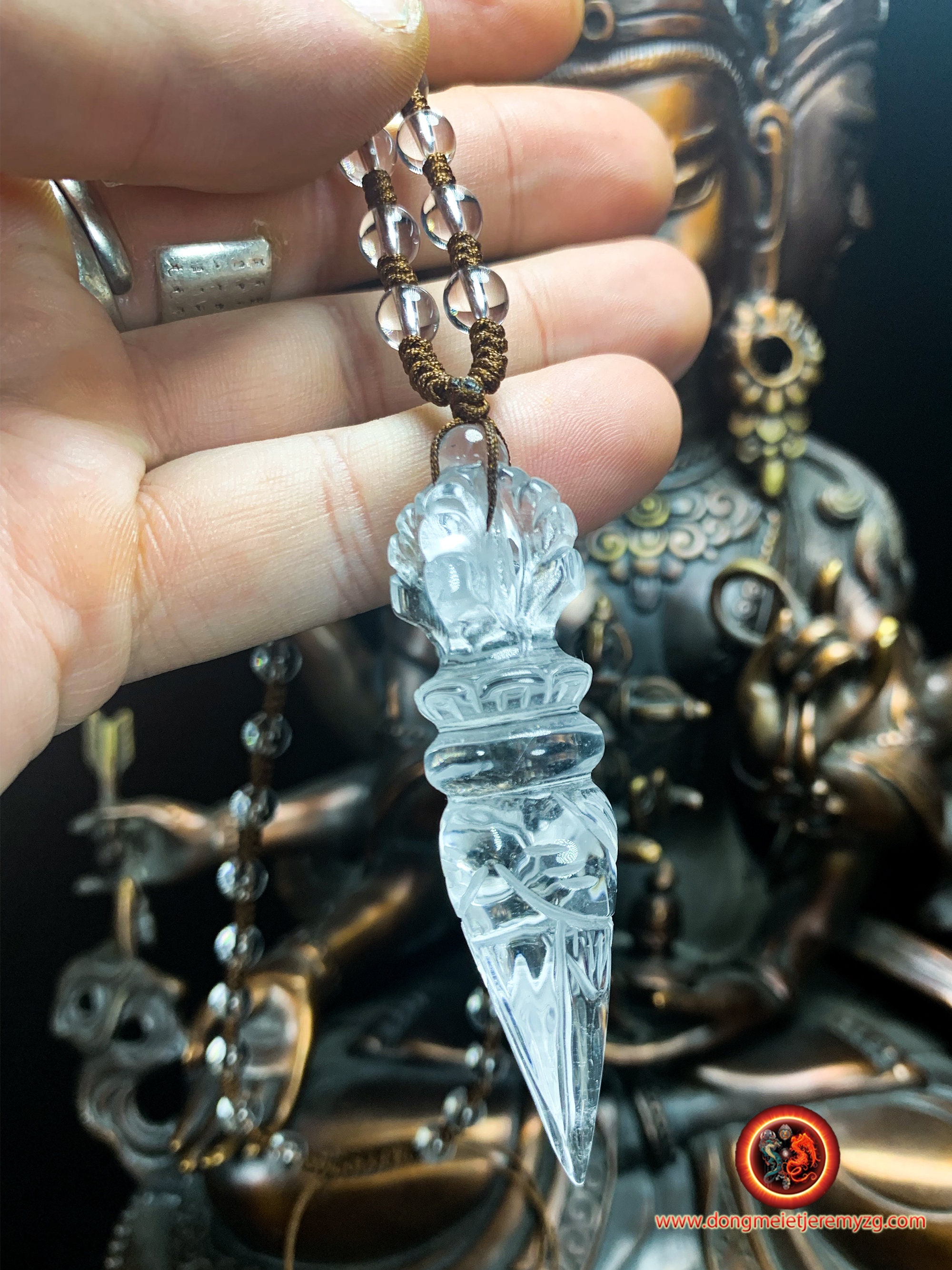 Phurba pendant made of gem-grade rock crystal. Impeccable transparency.
Rock crystal from Brazil
Tantric Buddhism Vajrayana
Ritual dagger of Vajrakilaya to cast out demons
natural appraisal
As a gemologist graduated from the National Institute of Gemmology (ING), Paris, France. All our materials are appraised and certified by us.

Mounted on a necklace also made of rock crystal.
Dimension of each pearl 6mm
collar with sliding knot allowing a size of 23 to 31 cm long

long video available on our youtube channel via this link
https://youtu.be/ZQPS_hQqIBo

Vajrakilaya (The Adamantine Dagger), Tibetan Dorje Phurba is a yidam or deity of Tantric Buddhism or Vajrayana, central to the "school of the elders" Nyingmapa of Tibetan Buddhism.


The phurba or kila, the dagger held by Vajrakilaya
Vajrakilaya is a heruka that is, an angry form of the deities in the higher tantras of Vajrayana. It is, in fact, a very wrathful form of Vajrasattva, the bodhisattva of purification.