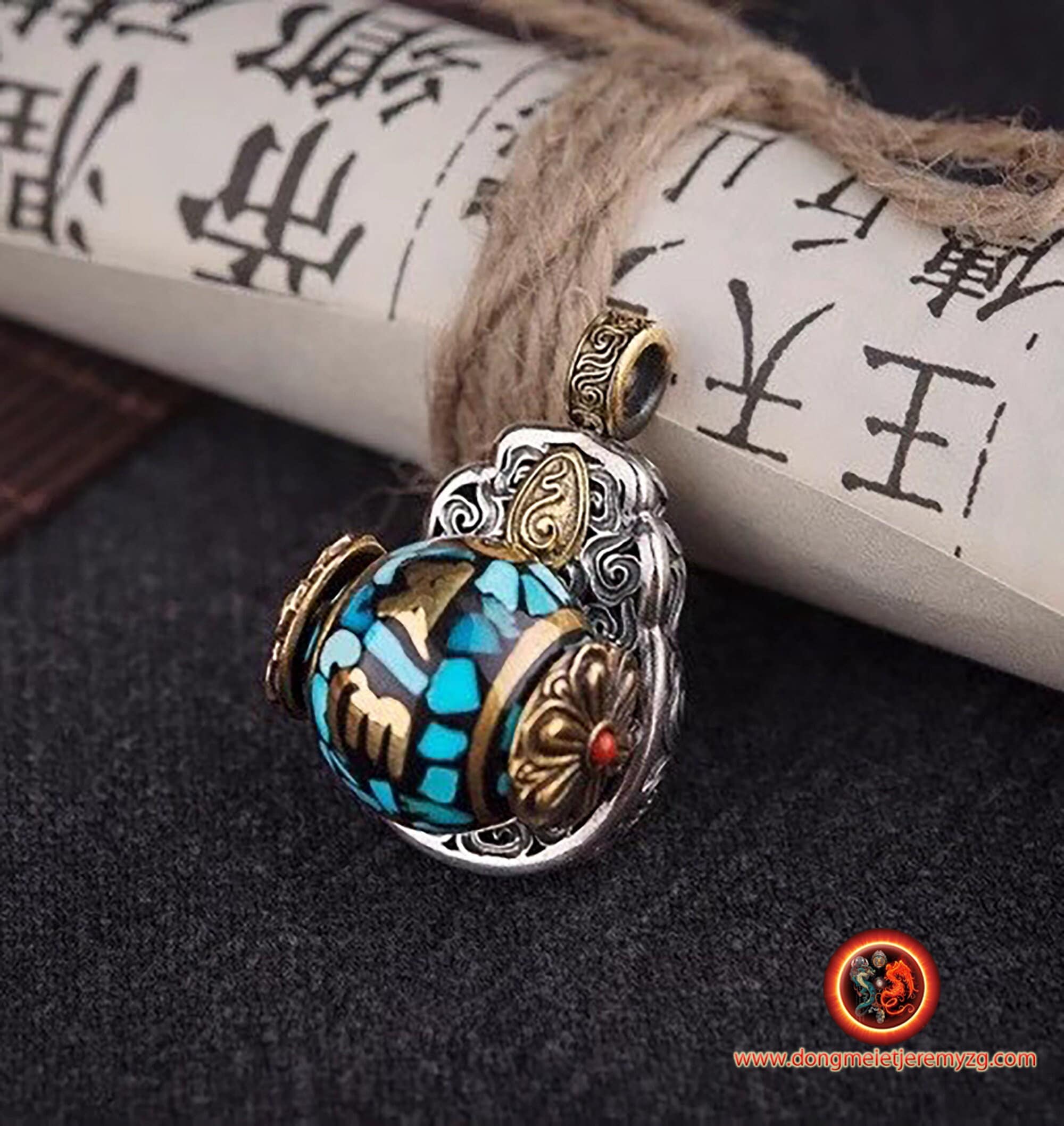 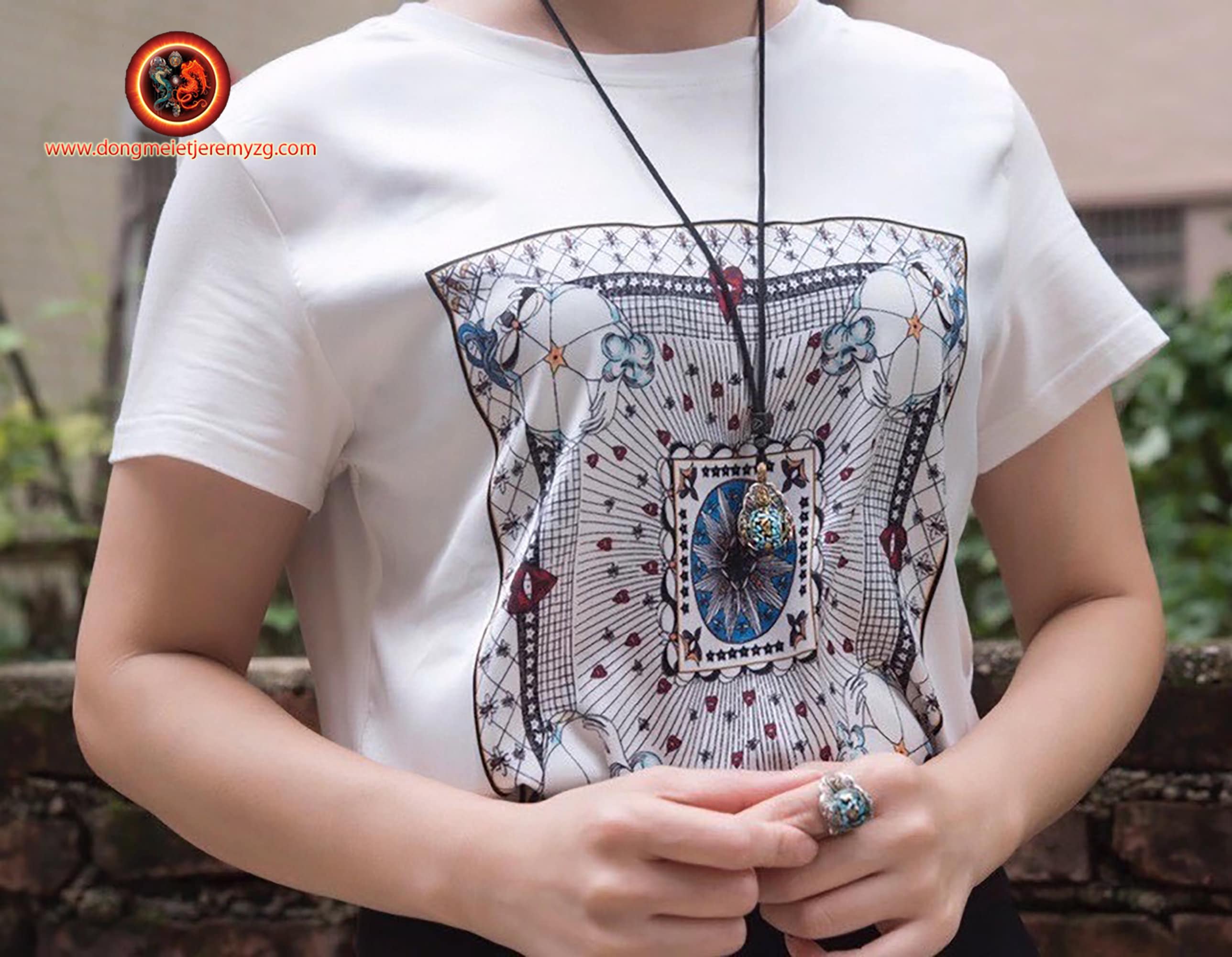 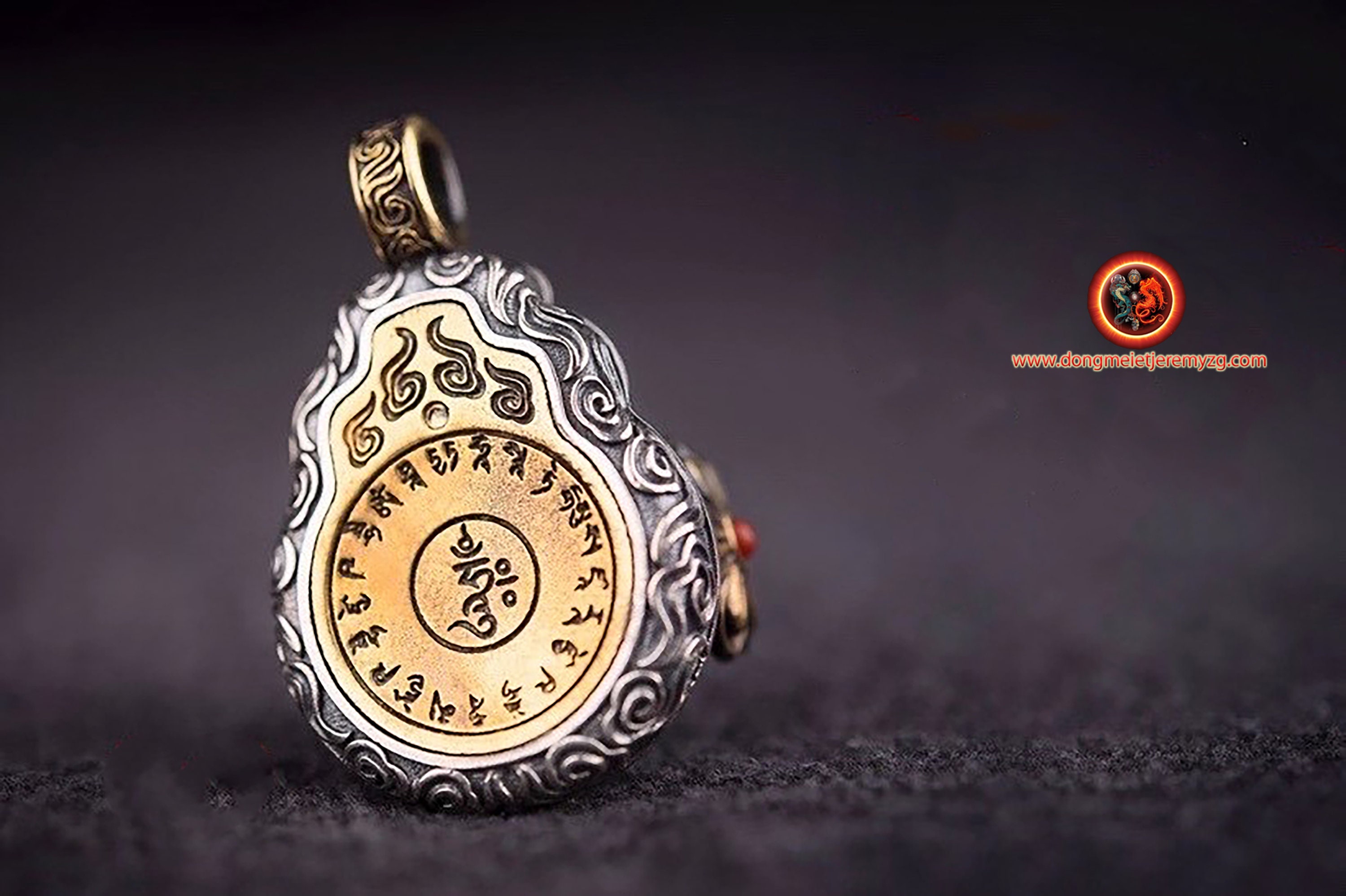 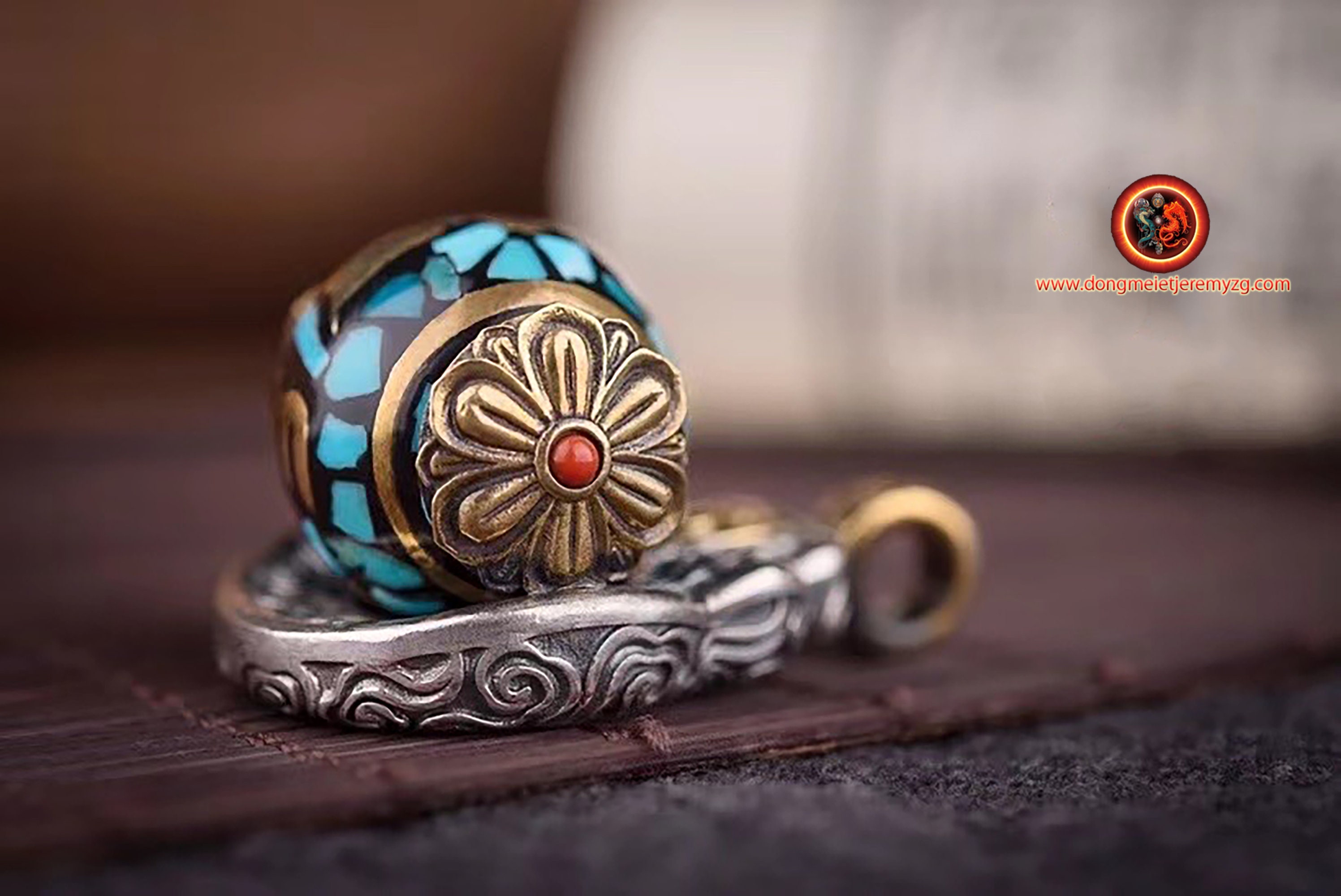 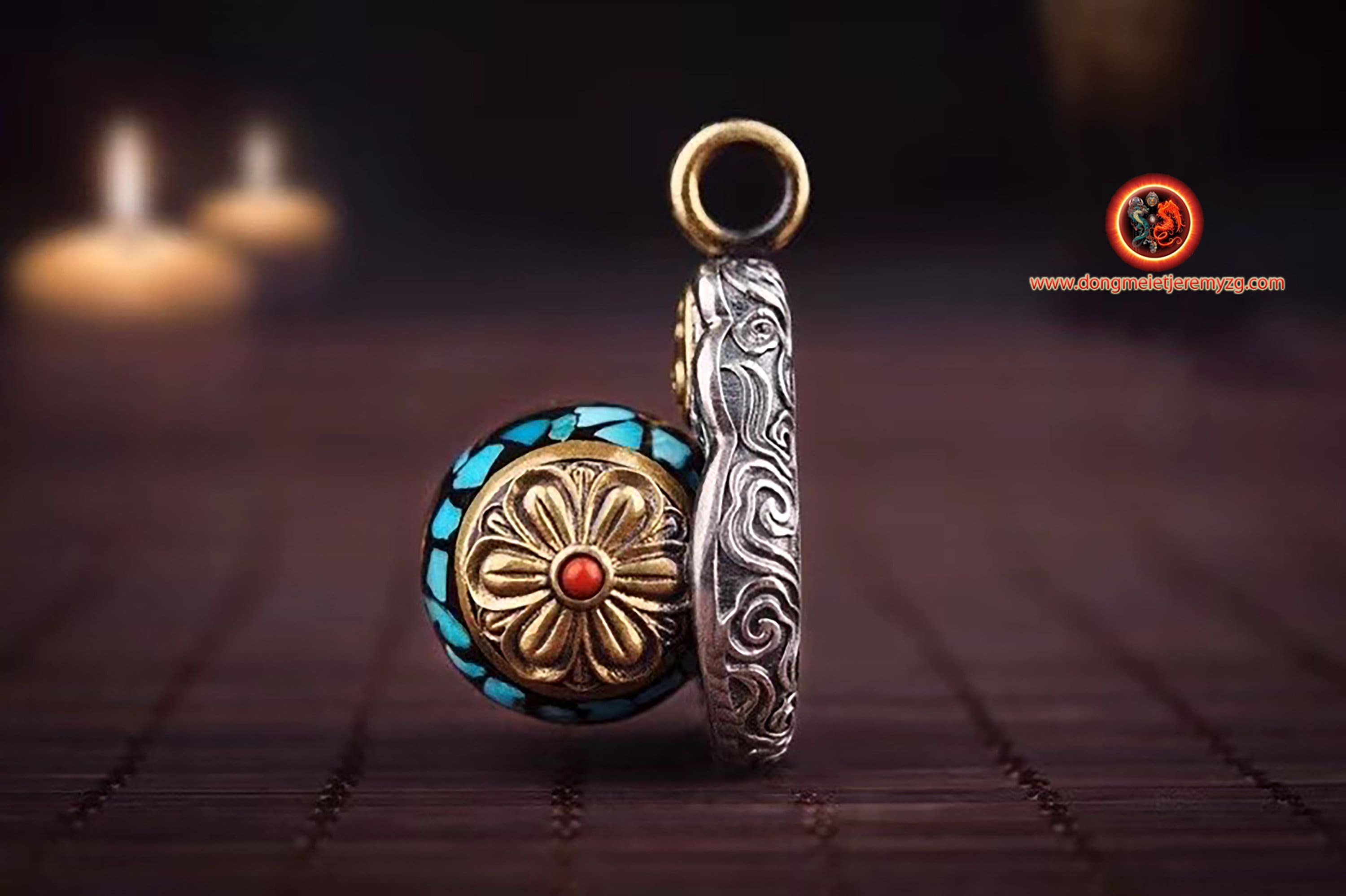 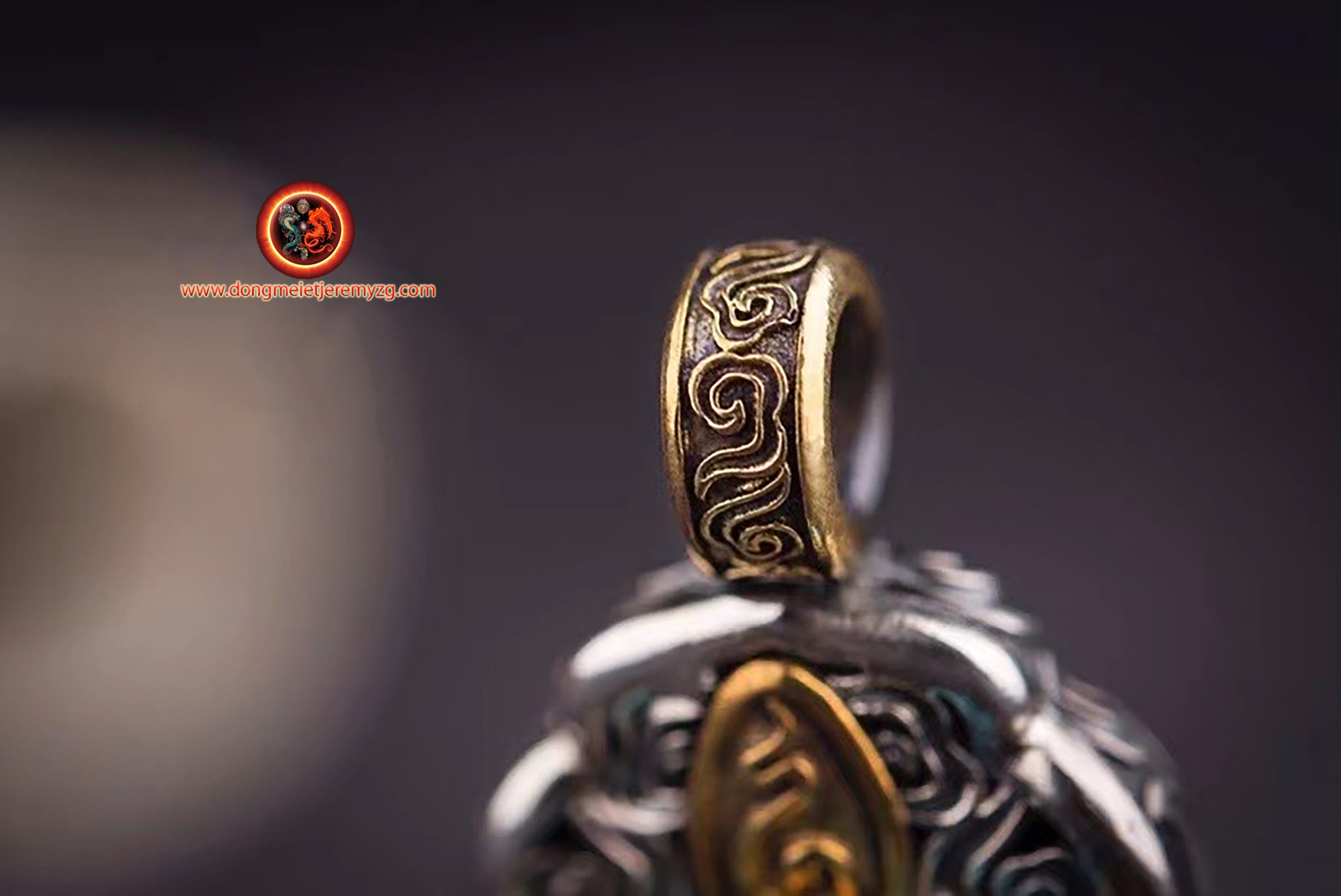 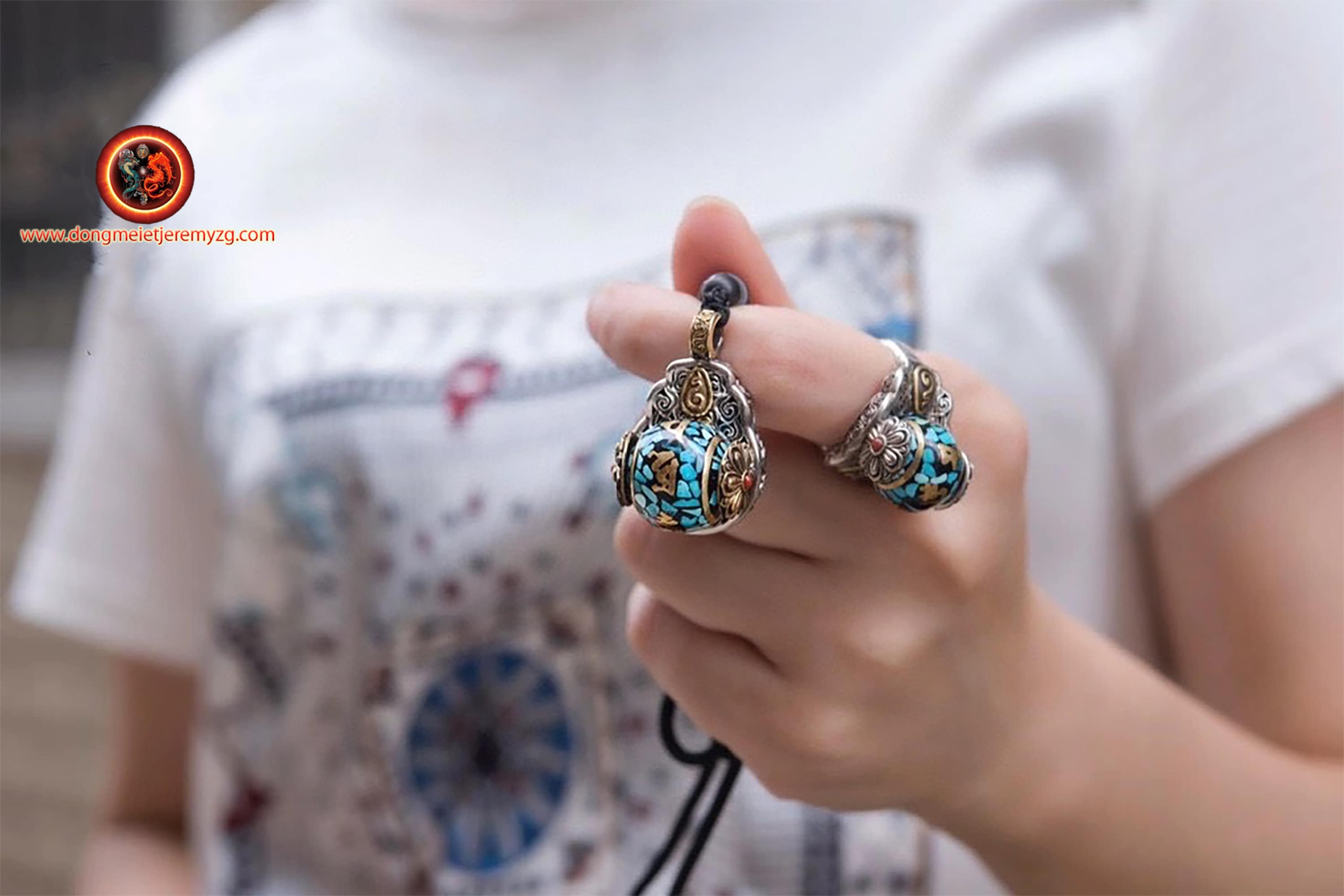 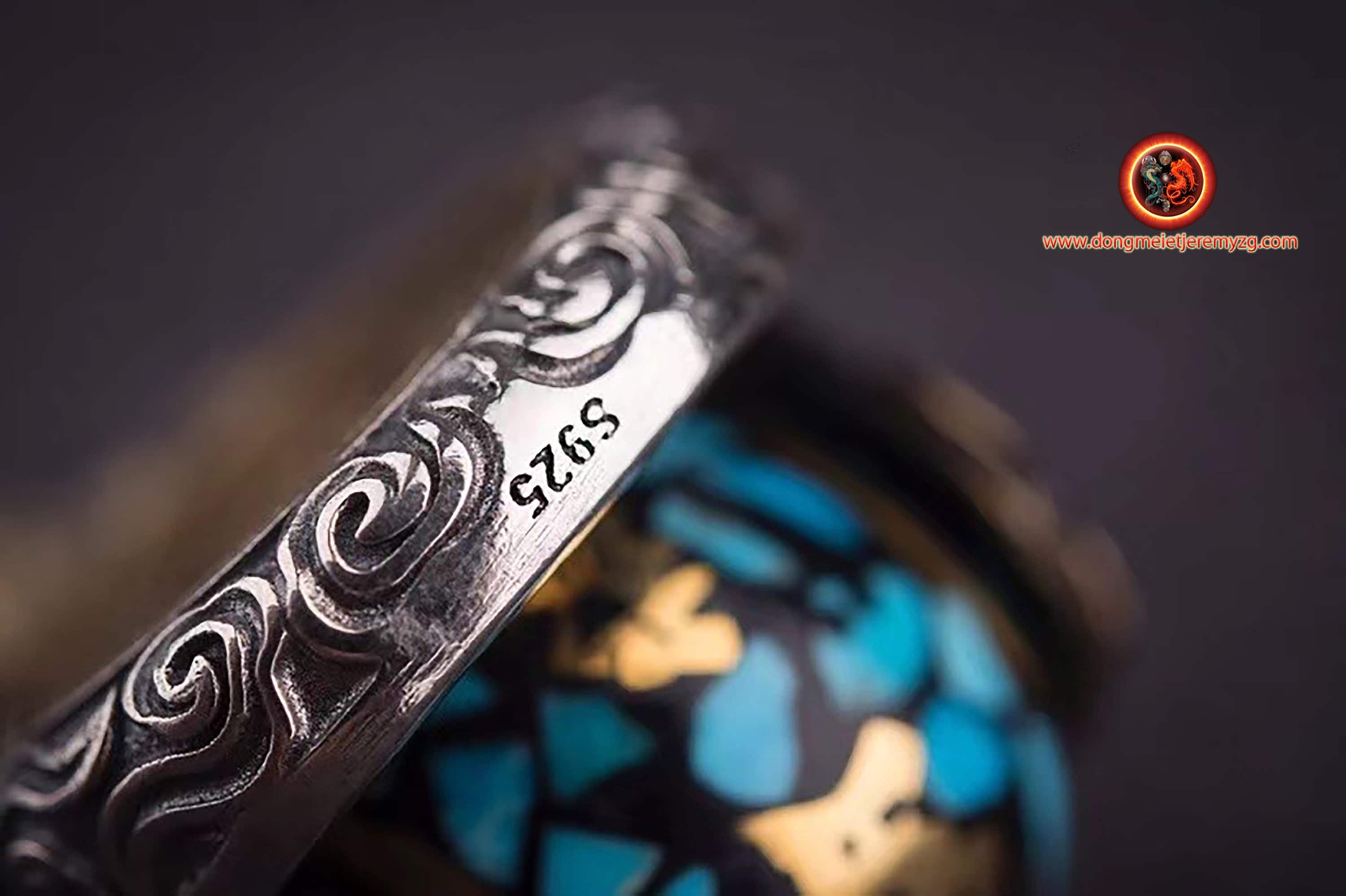 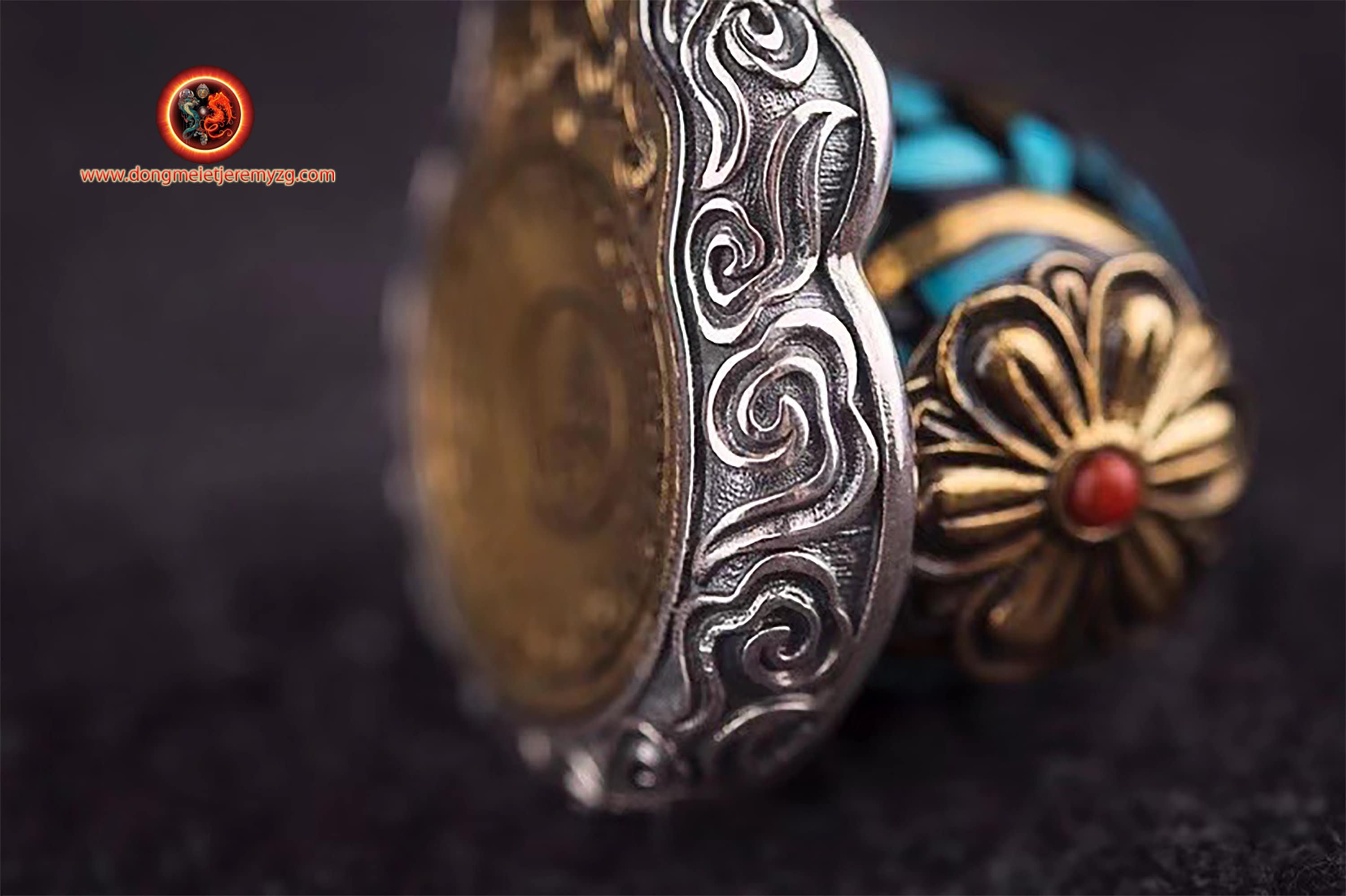 Arizona turquoise "sleeping beauty"
Agate nan hong of Yunnan. This exceptional volcanic agate owes its intense red color to its natural sinnabar content.
As a gemologist graduated from the National Institute of Gemmology of Paris, all our stones are appraised and certified.

At the back is the mantra of Buddha medicine Bhaishajyaguru.
This mantra is supposed, according to the Buddhist tradition vajrayana to ward off diseases to the carrier


Bhaishajyaguru's bodhisattva career, the Buddha medicine is described in the Bhaiṣajyaguru-sūtra, He made twelve vows, two of which specifically express his desire to heal and save. He became a Buddha in a world called Vaidūryanirbhāsa or "Similar to lapis lazuli".