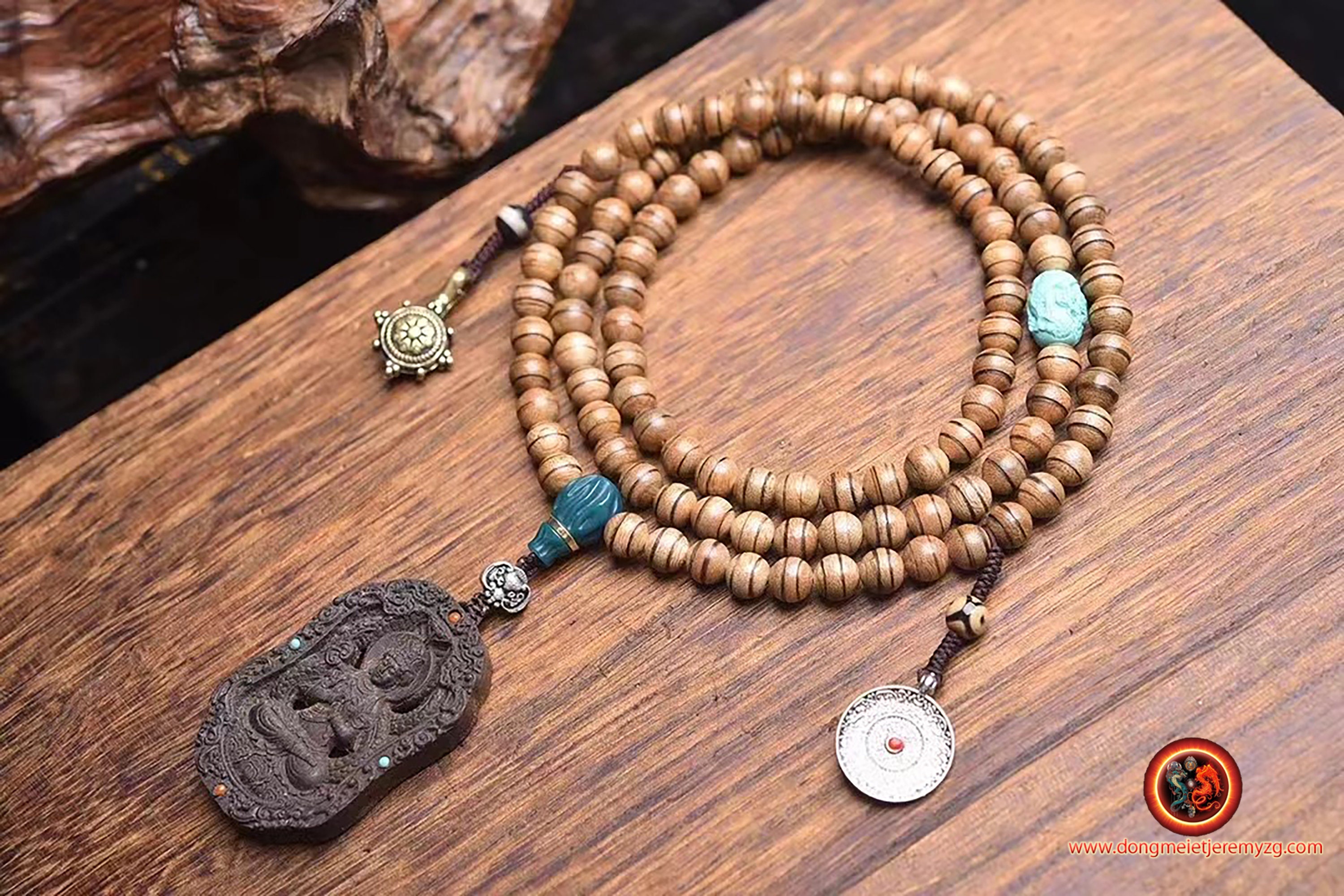 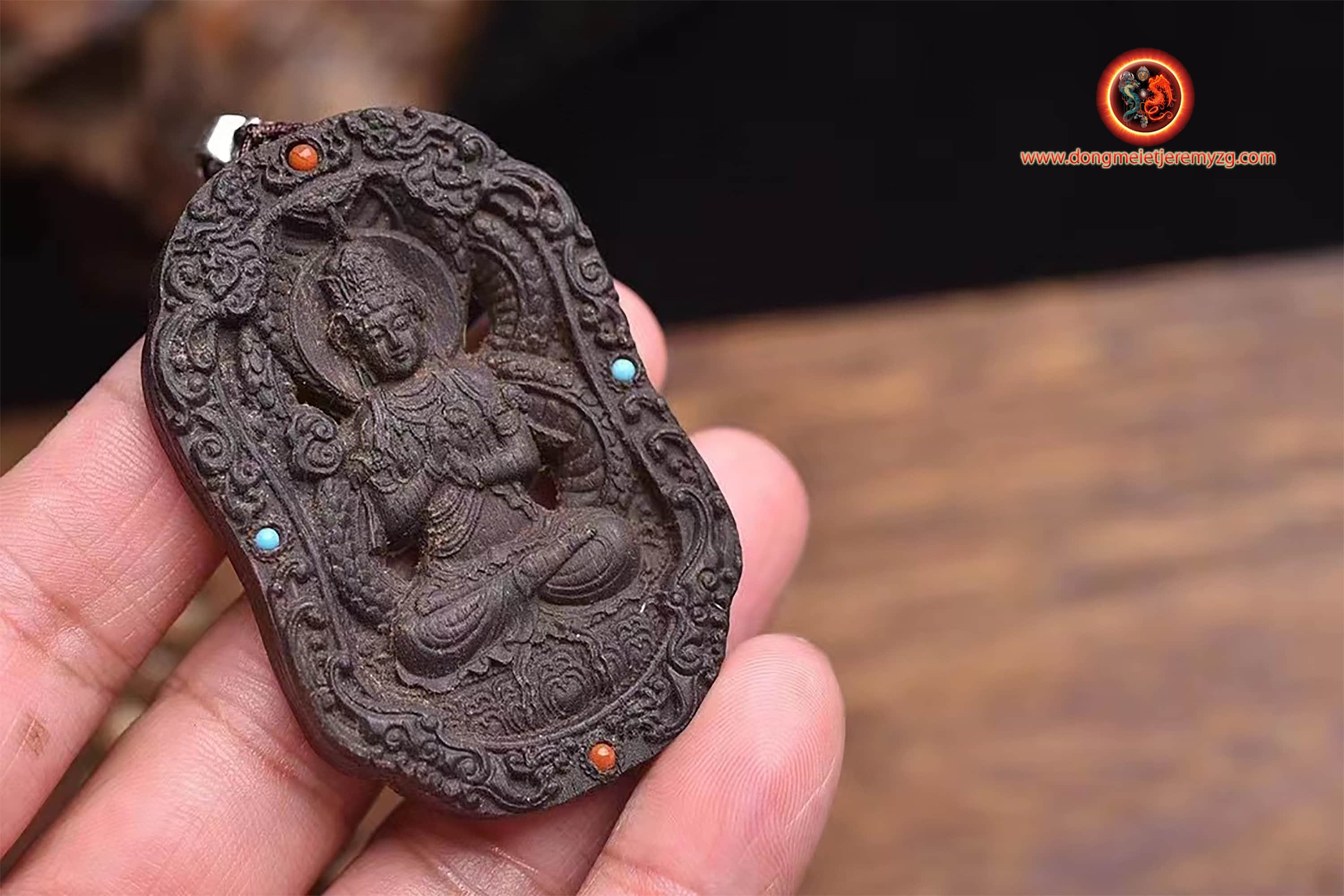 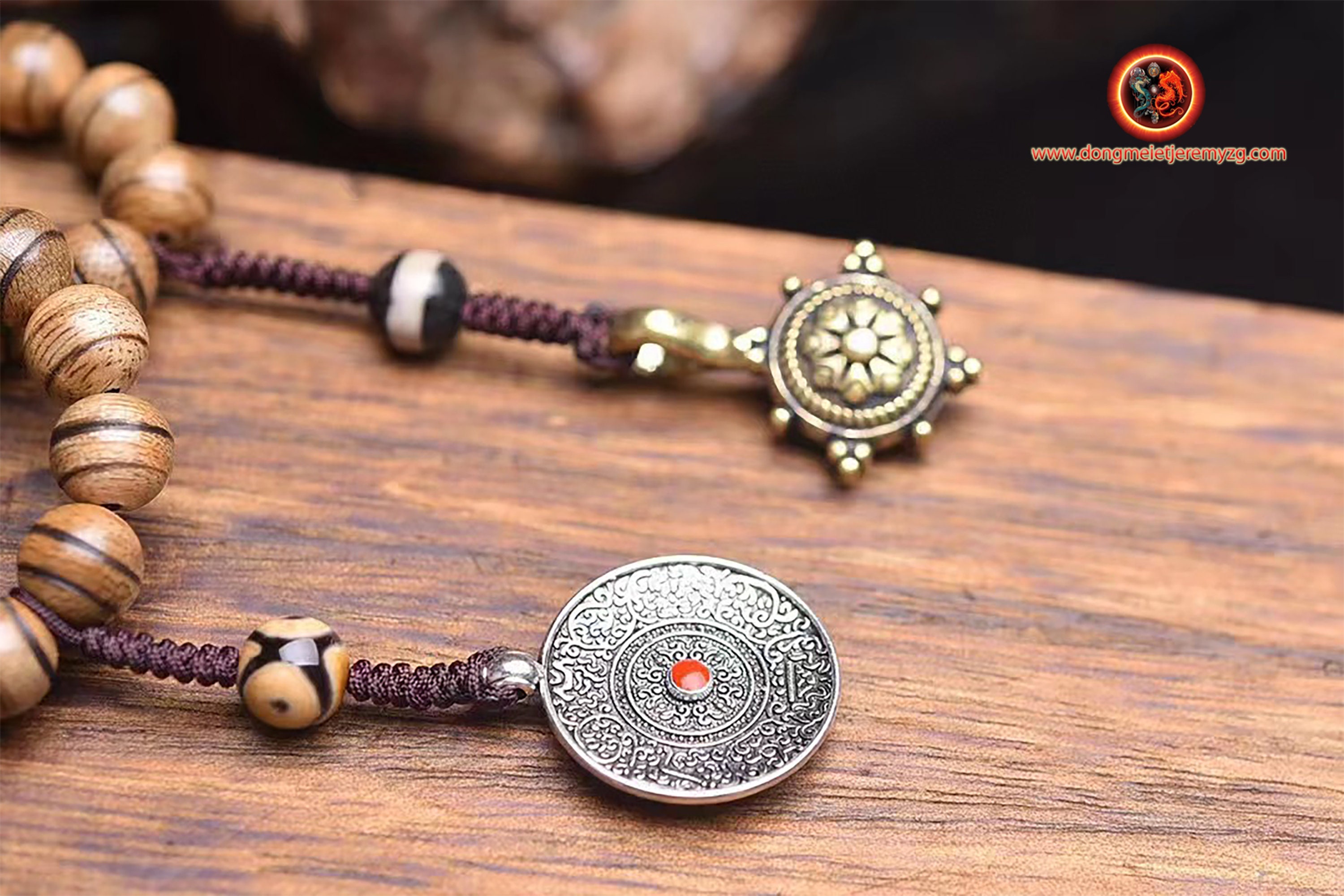 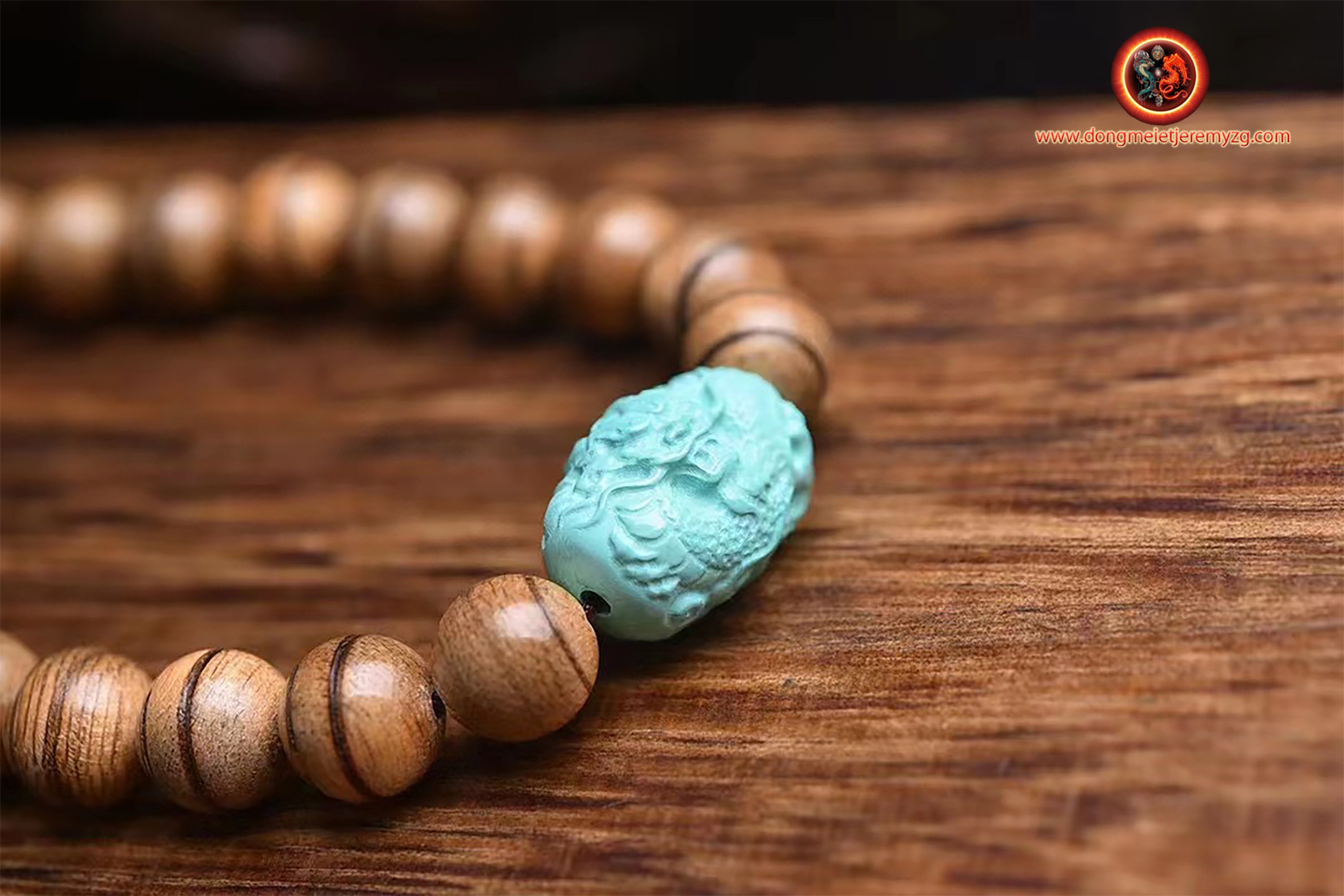 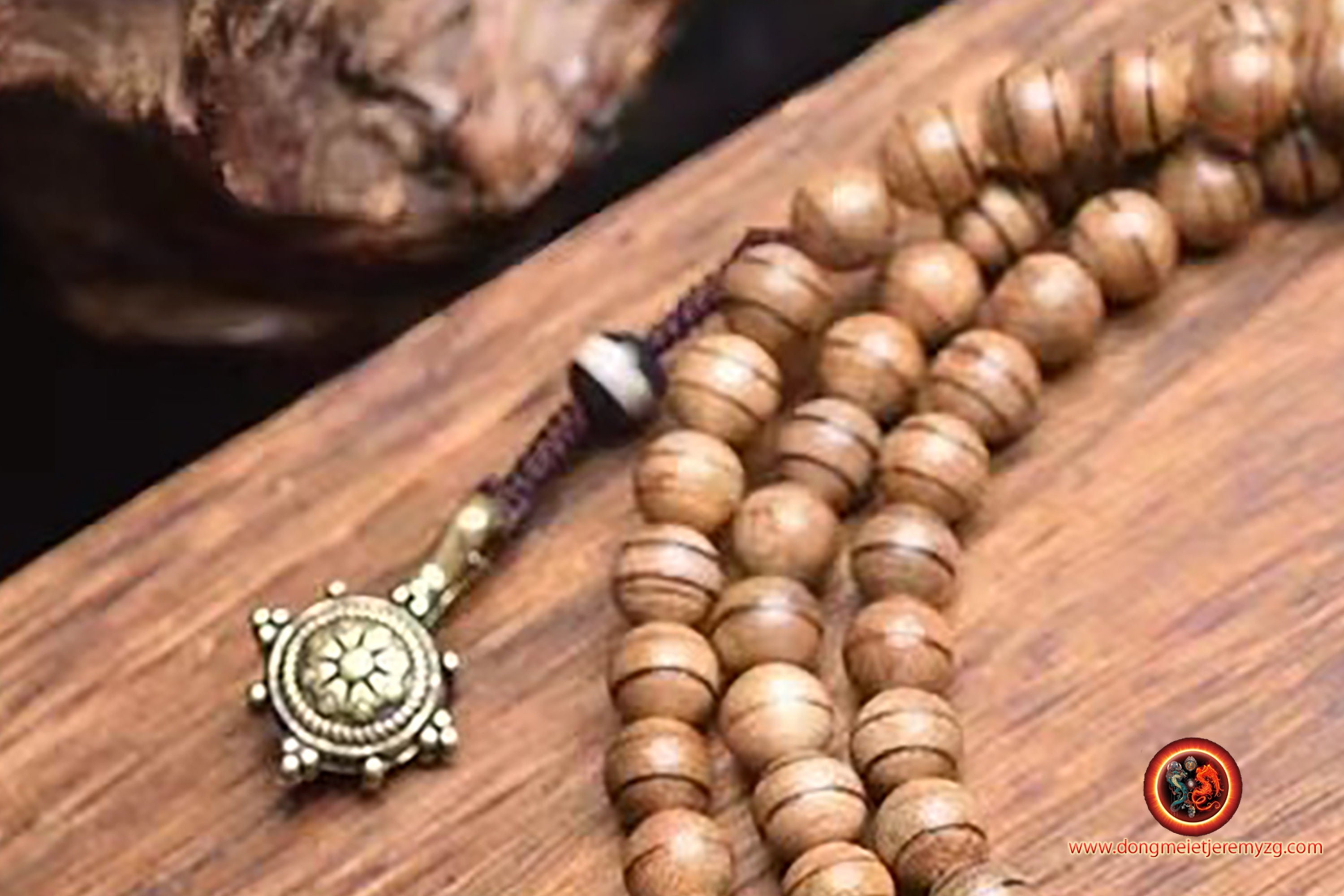 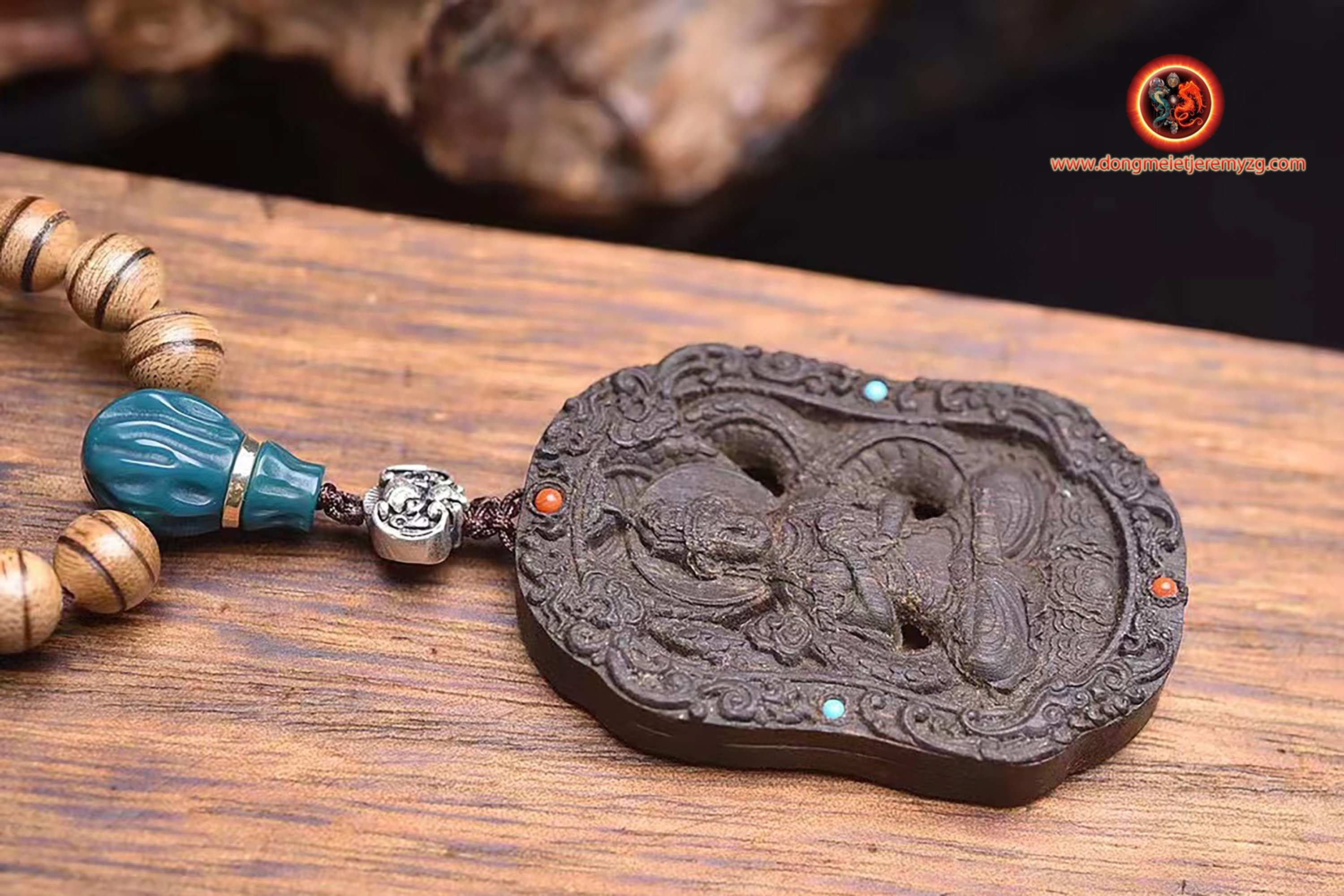 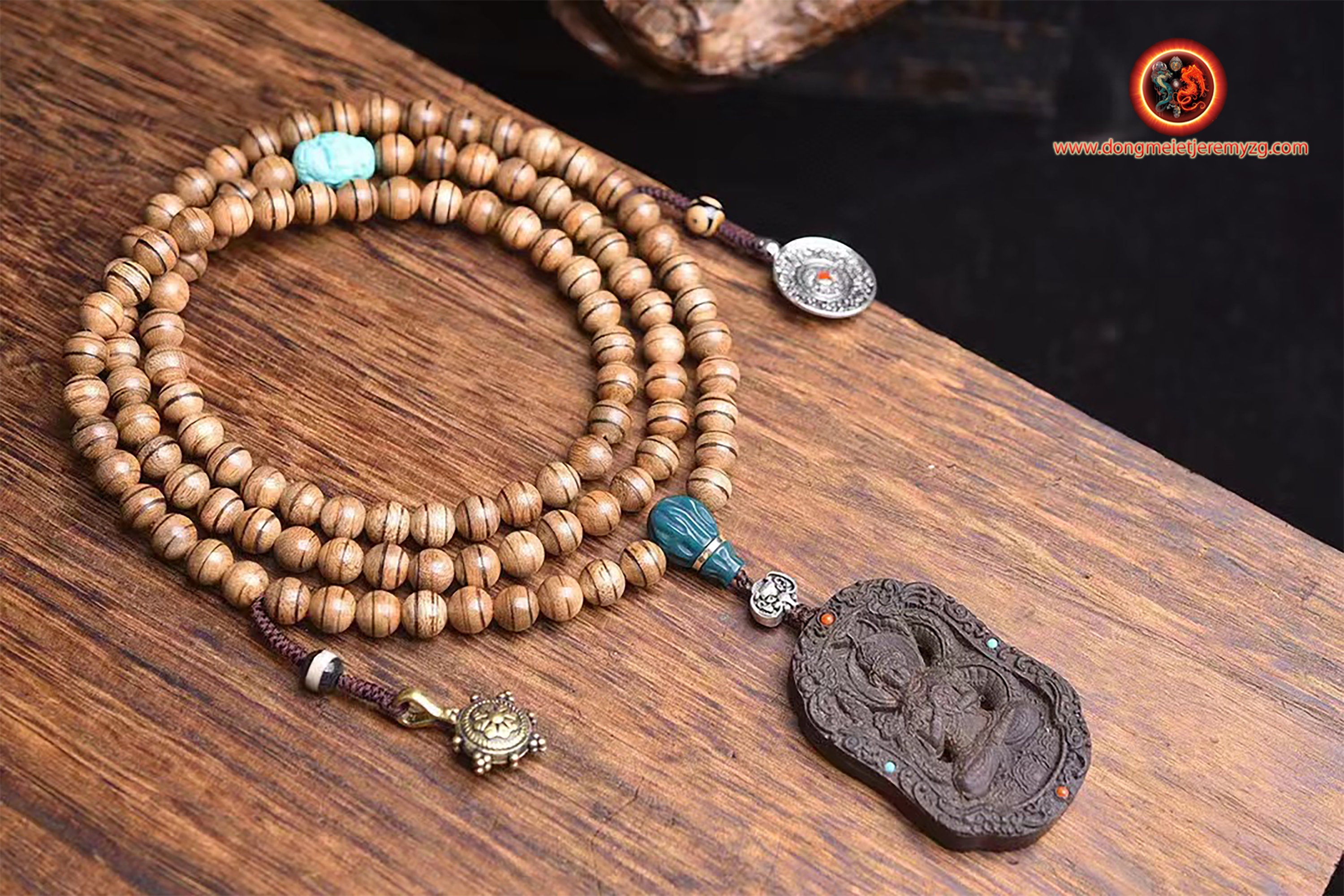 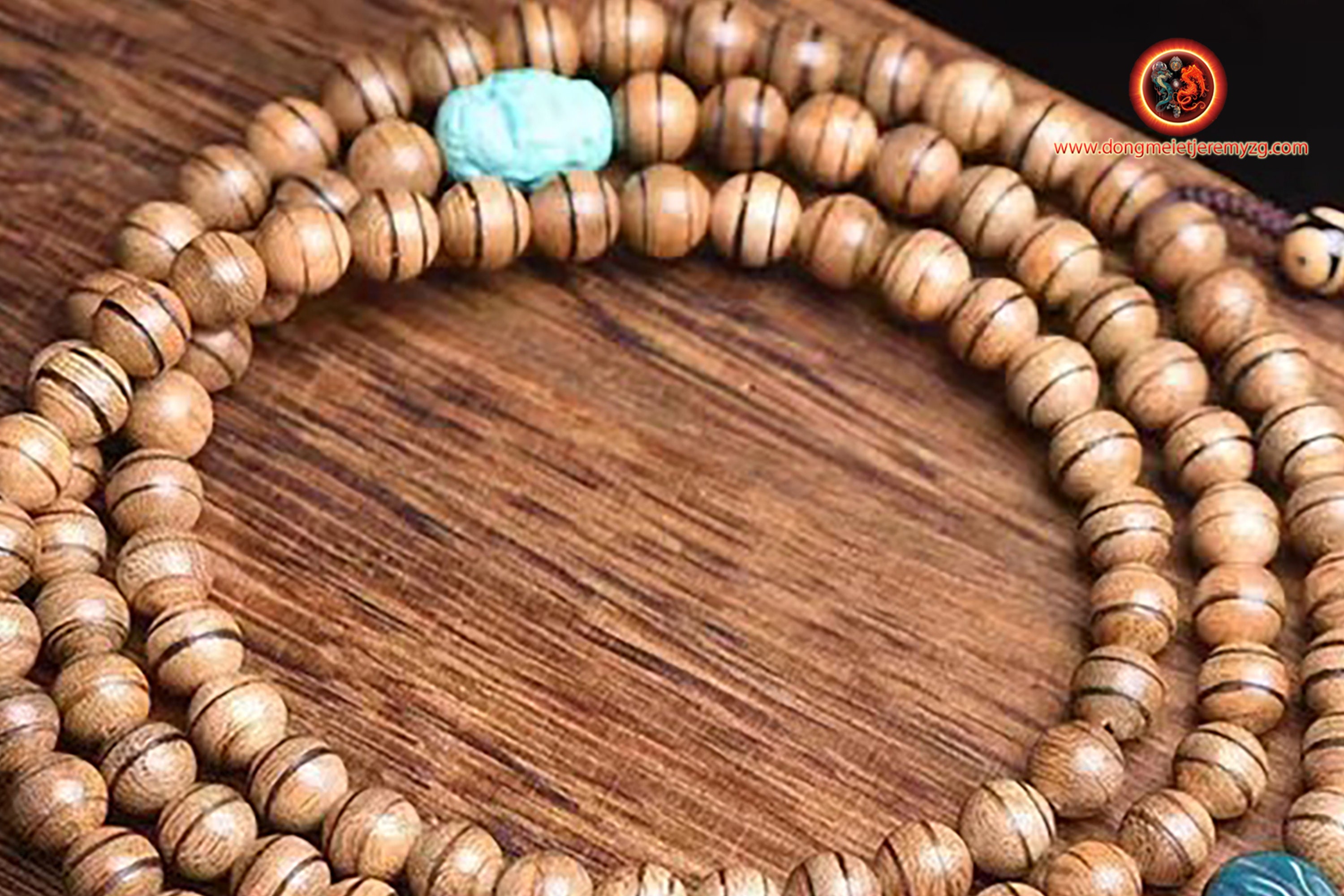 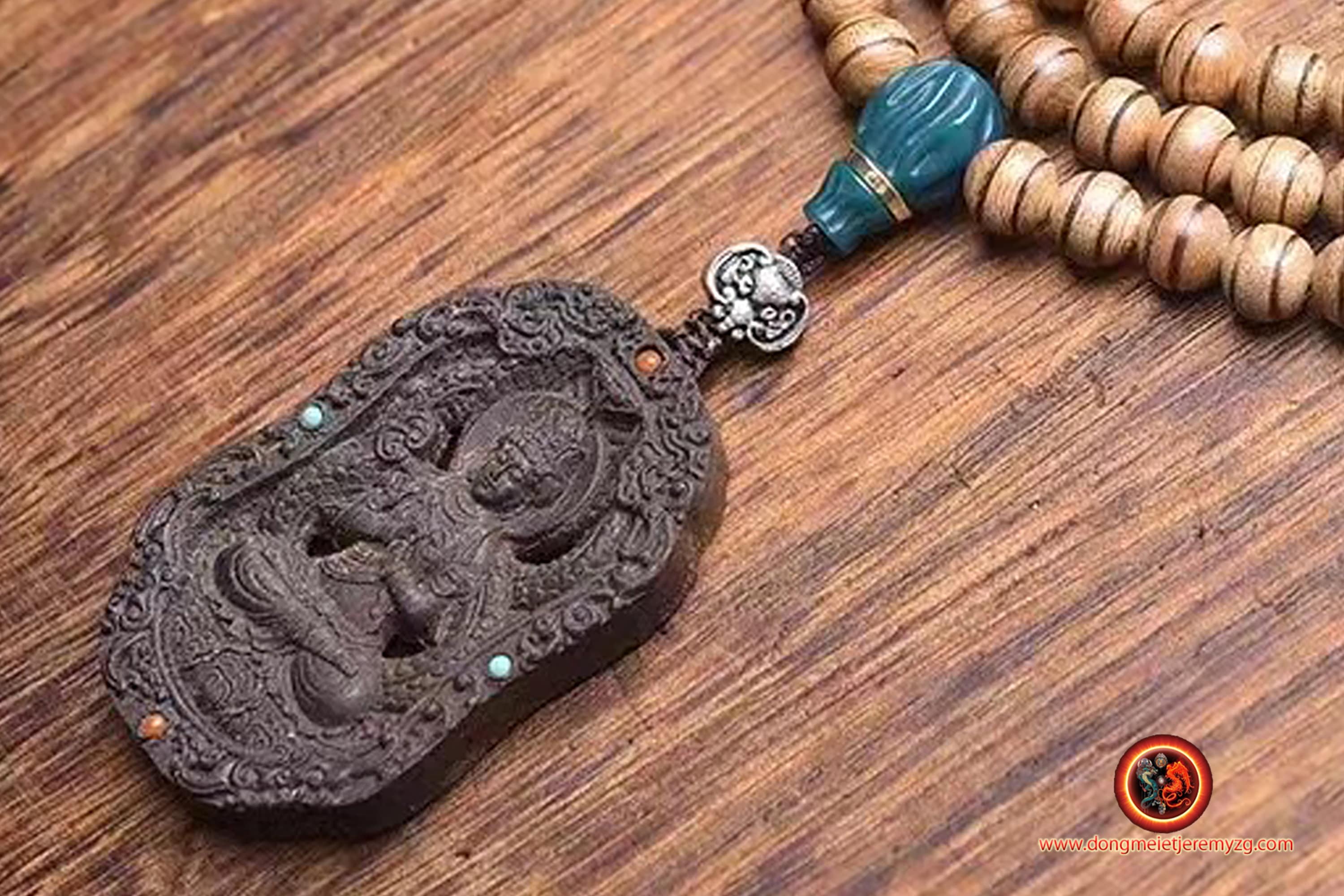 Mala, Buddhist rosary.
Tibetan necklace.
108 calambac pearls.
Calambac, or gaharu, or oud wood, for scientists is a natural resin produced by the diseased wood of some trees in the forest understory of tropical forests of Southeast Asia.
These trees belong to the genera Aquilarias, Gyrinops (es) and less to other genera of the family Thymelaeaceae, including Aetoxylon (es), Gonystylus, Phaleria (es) and possibly Enkléia (es) and Wikstroemia.

Agar wood is attributed various virtues, against stomach aches, certain cardiovascular diseases, neuropathies or against nausea and asthma. Its oil is reputed to keep insects away. It is a fragrant wood also used in the manufacture of incense, perfumes and small sculptures. Muslims gladly perfume their baths with this essence during Ramadan.

There are at least twenty species of aquilarias producing calambac, but the most valuable is reputed to be provided by Aquilaria crassna when infected with certain fungi and / or bacteria.

It is used as incense in some religious rituals, especially in Korea or Hinduism. It has also served as a support for preserving certain texts: this is the case of the Pormuniyan, a Javanese medico-magical collection, kept at the National Library of France. It is also used in the form of essential oil, extracted from wood after a complex maceration and distillation process.
The bodhisattva Avalokiteshvara (Hindi अवलोकितेश्वर Avalokiteśvara "lord who observes from above", Chinese 觀世音 Guānshìyīn or 觀音 Guānyīn, Shanghainese Kueu(sy)'in, Korean Gwanseeum 관세음, Japanese 観音 Kan'non, Tibetan Chenrezig, Vietnamese Quán Thế Âm, Indonesian Kwan Im, Khmer លោកេស្វរ Lokesvara), is arguably the most revered and popular great bodhisattva among the Buddhists of the Great Vehicle. It is also used as a yidam (tutelary deity) in tantric meditations.

We also placed a tigle, Tibetan protection on the side.
Traditionally this pendant also called Tigle is worn as protection by Tibetans.