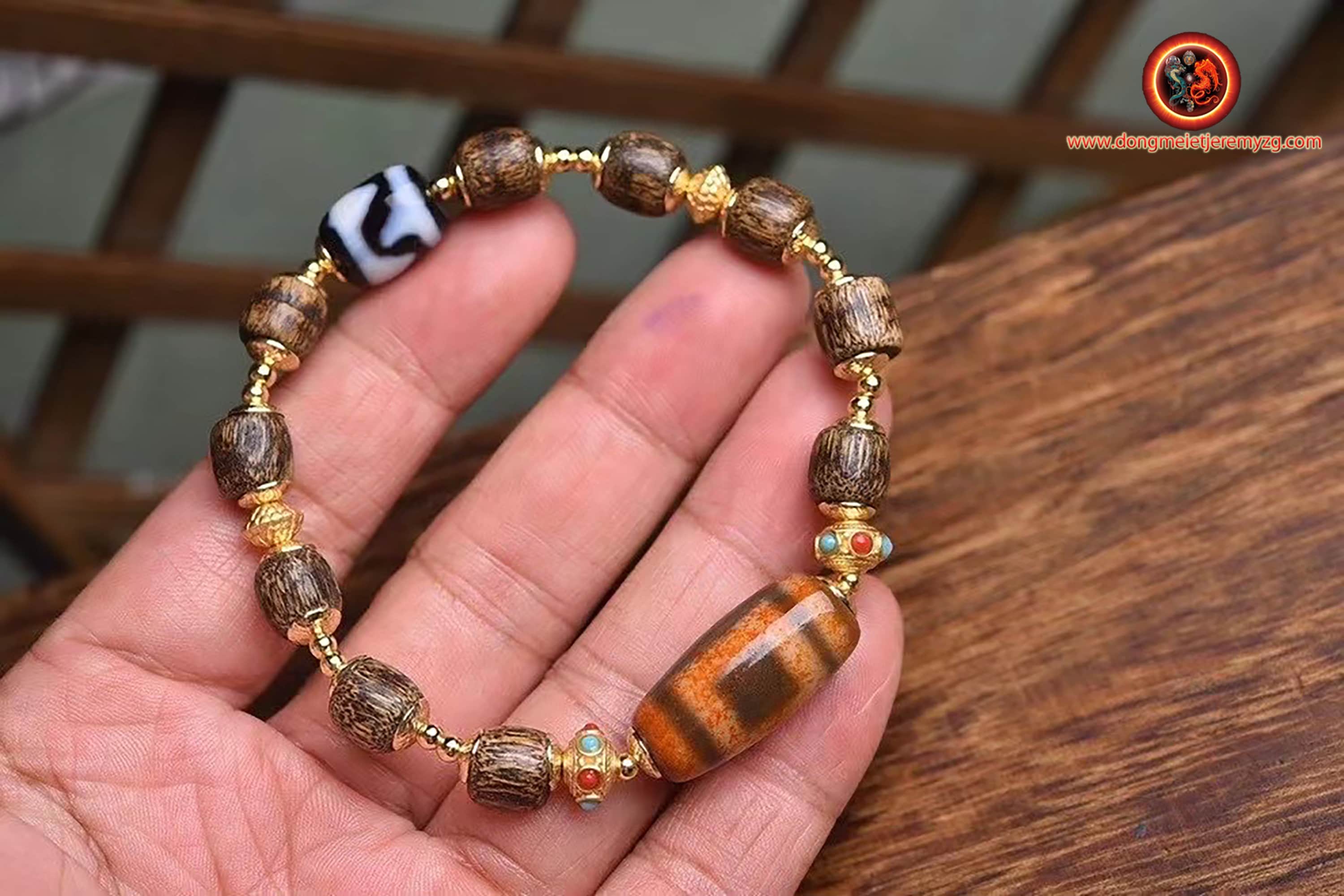 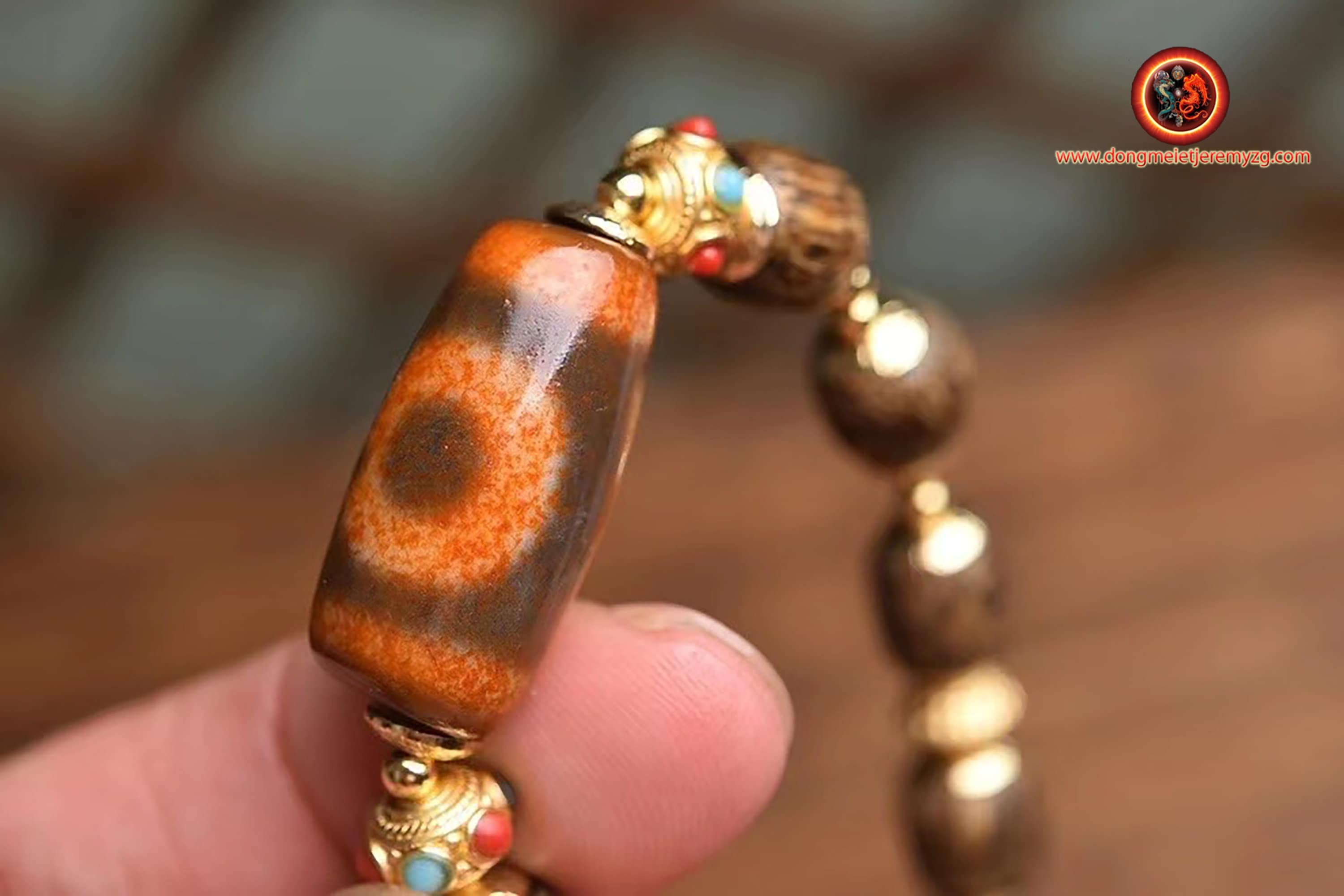 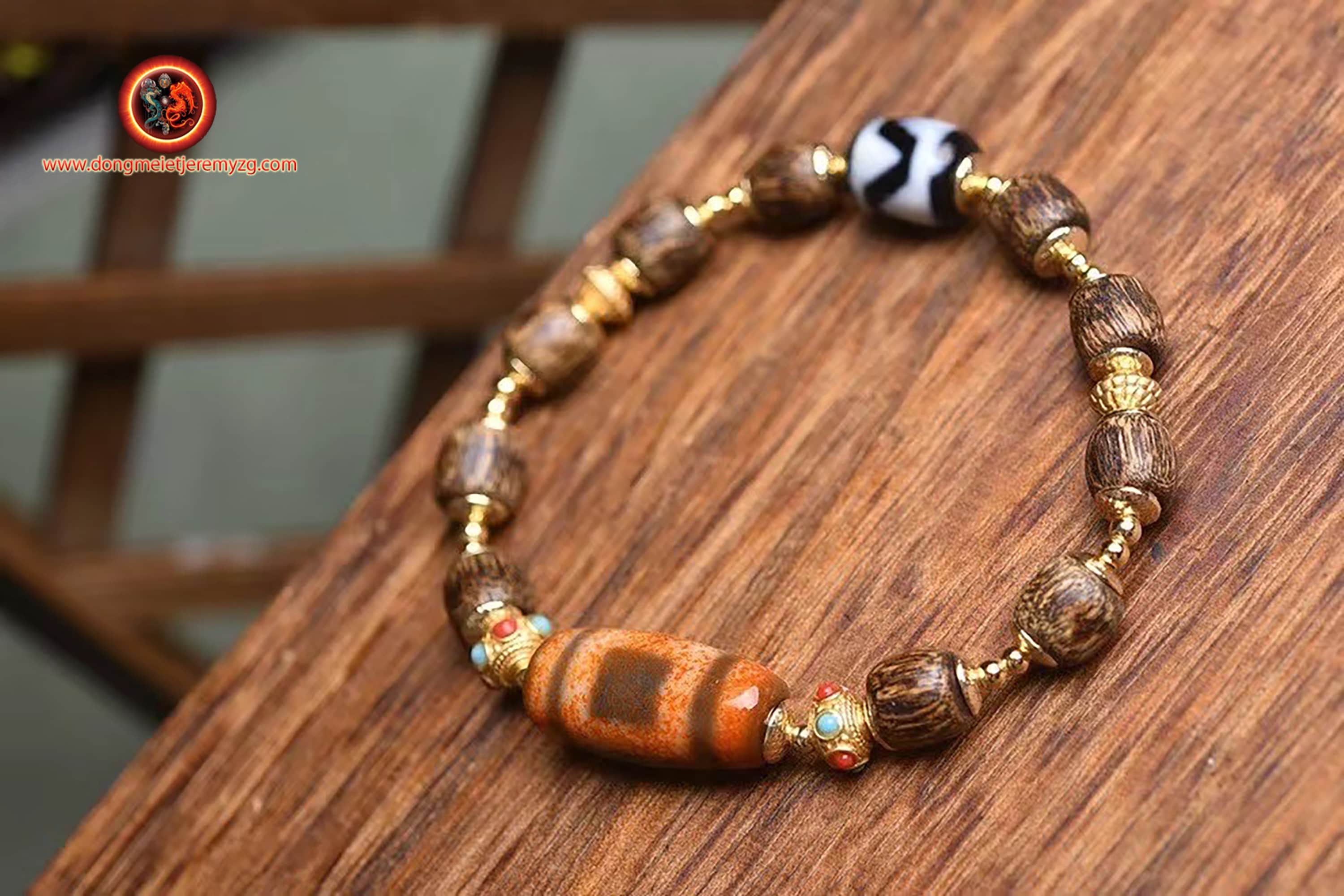 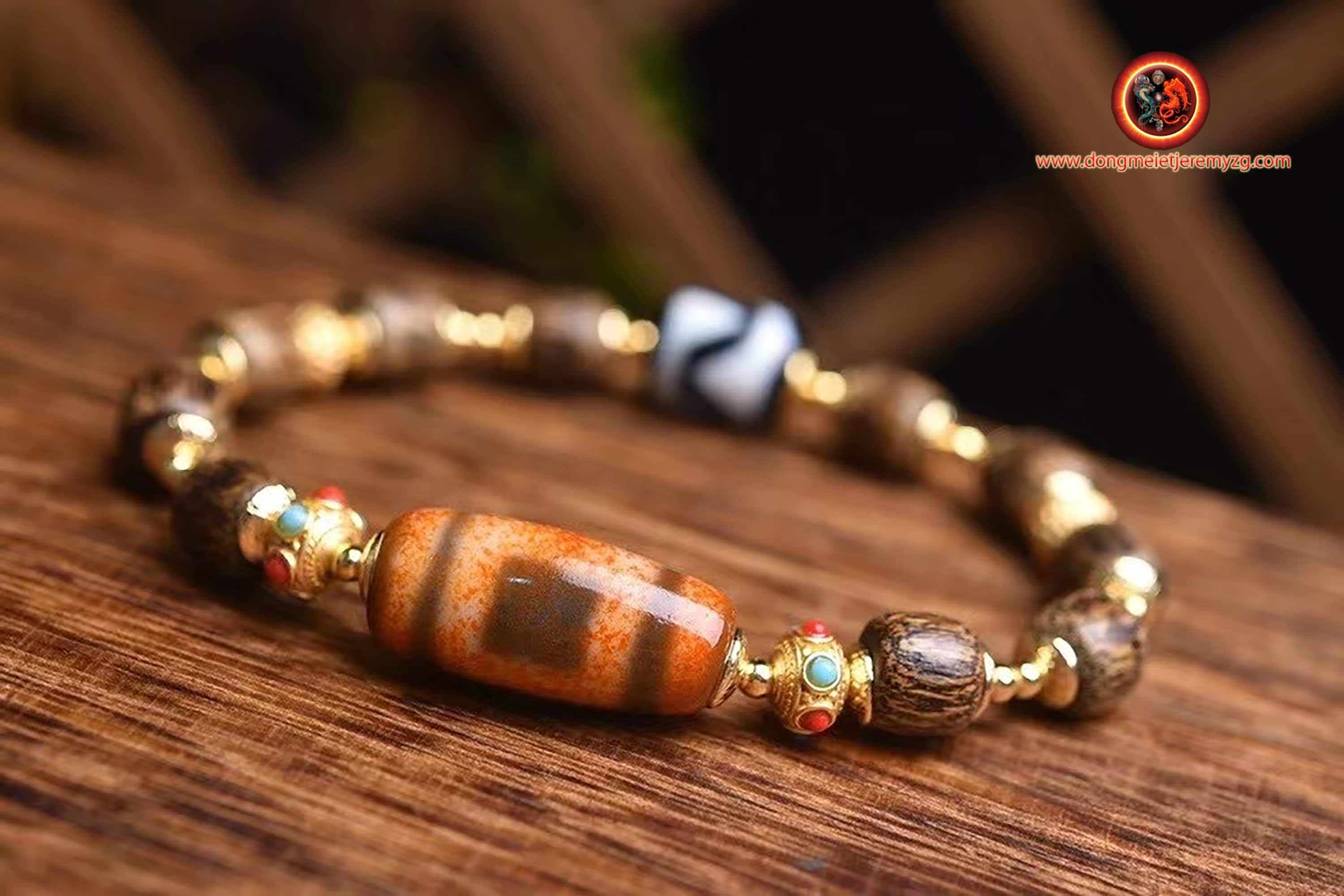 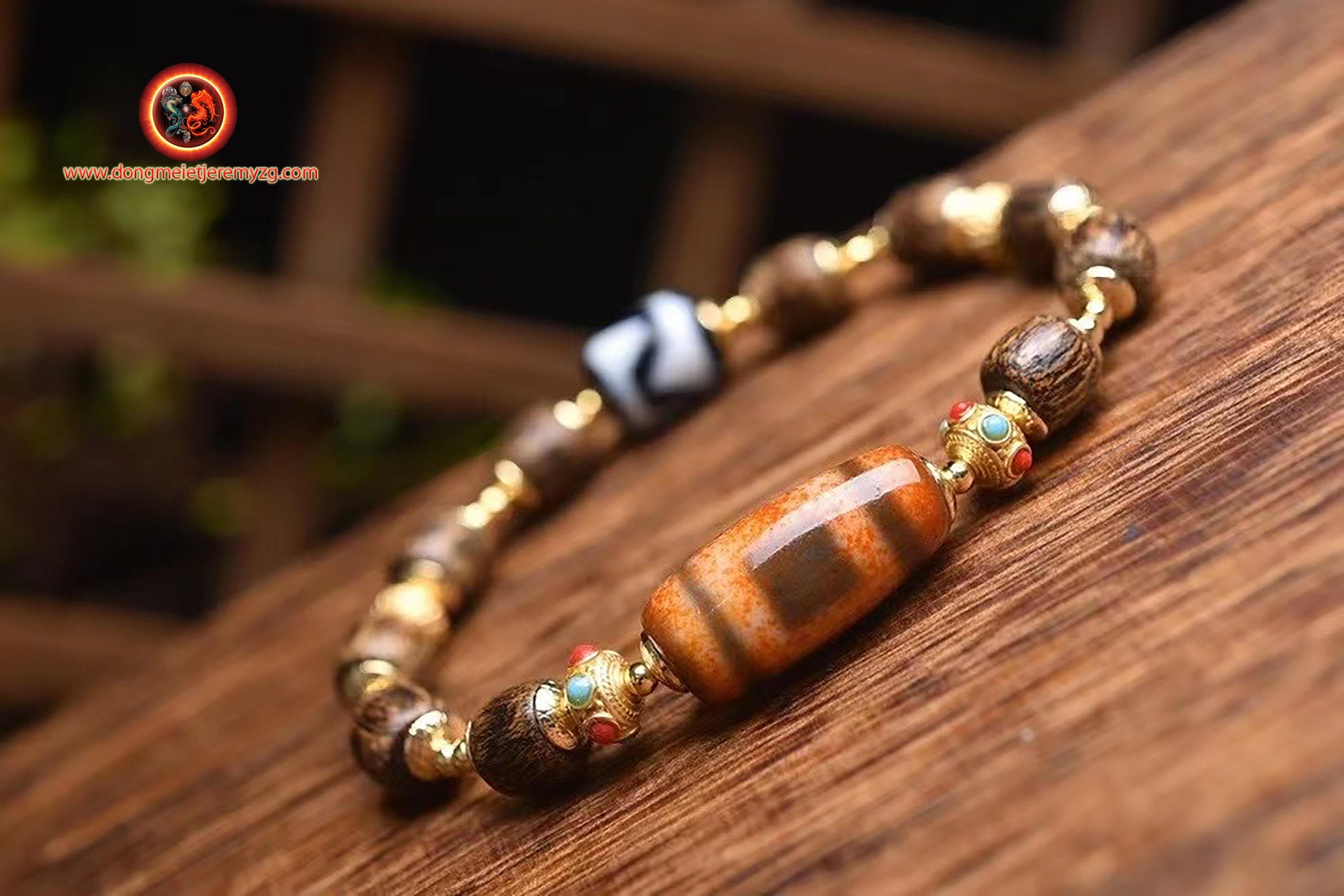 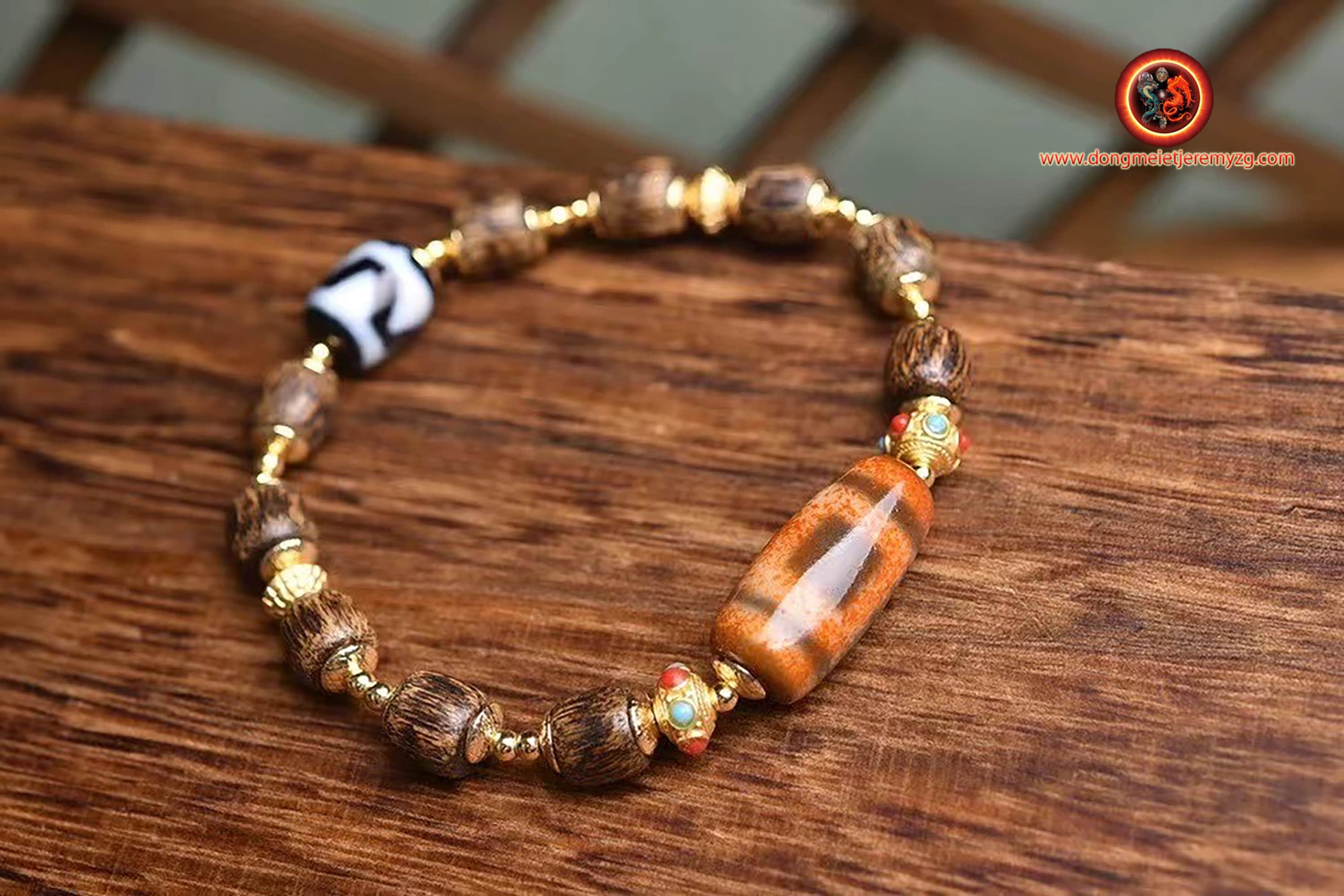 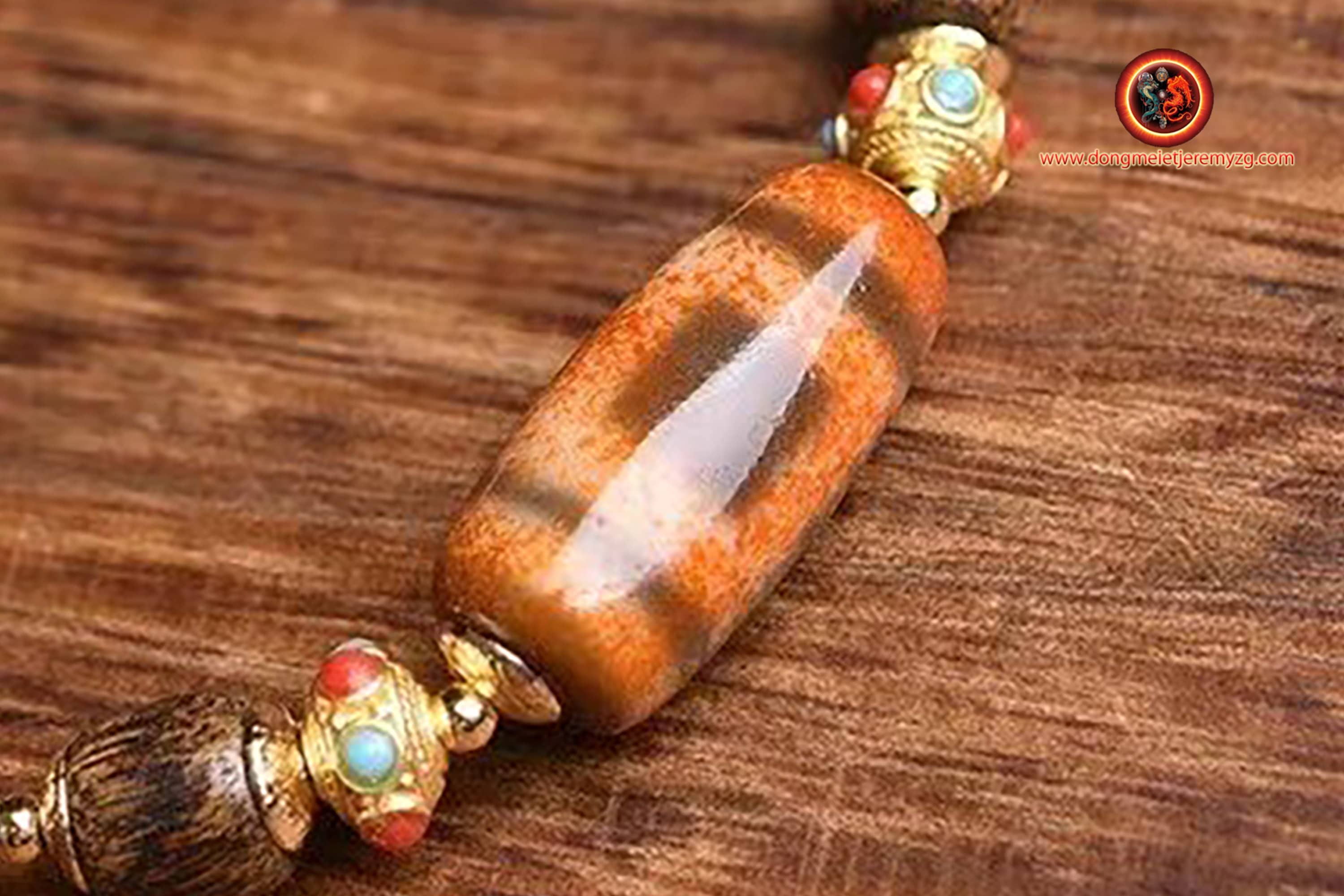 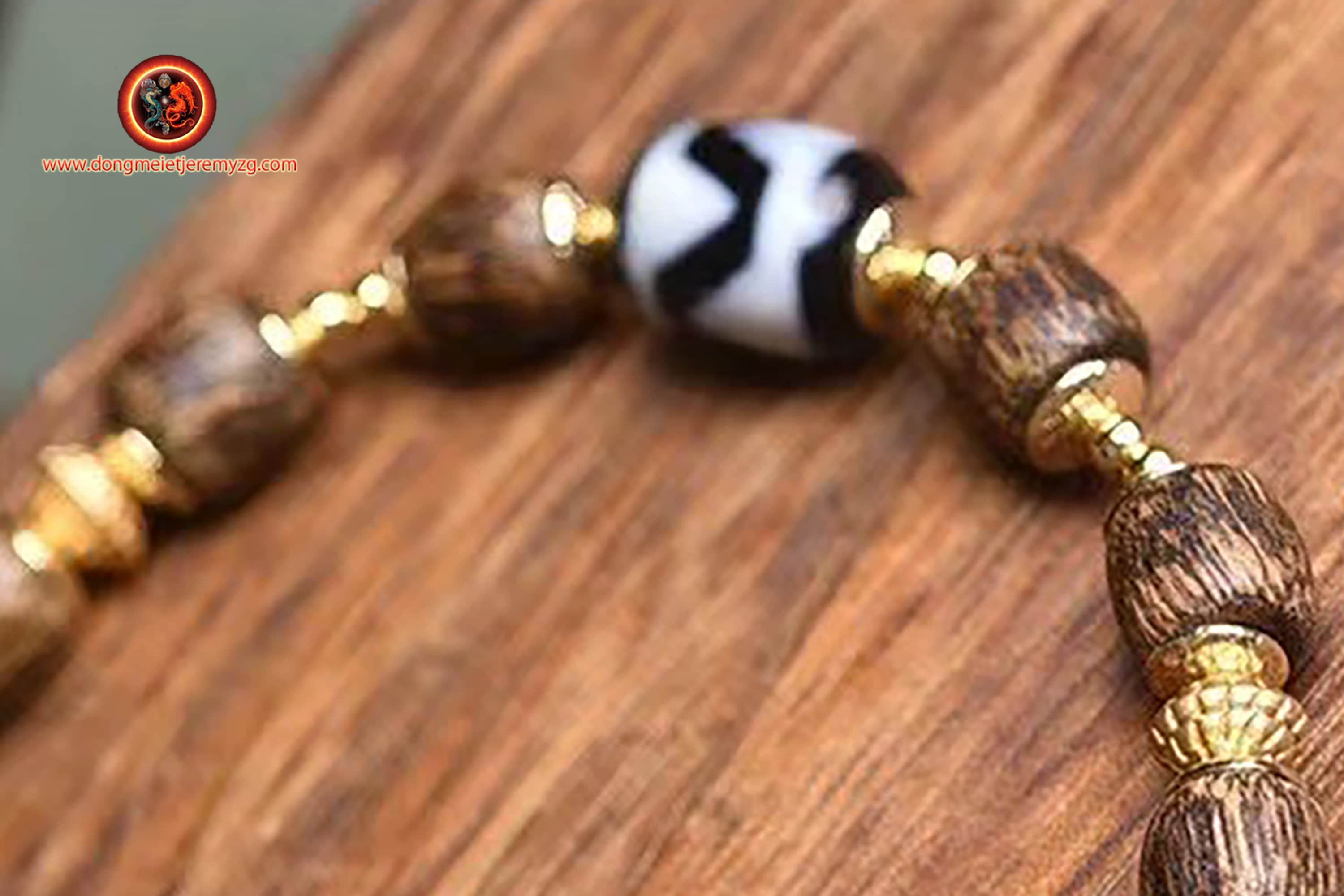 In Tibetan tradition: It is said that the pearls of heaven and earth bring balance and harmony in life and help to remove obstacles. Cinnabar (blood) is important in this beauty.
DZI dimension: 26mm long by 12.5mm diameter

The so-called tiger-toothed DZIs give the person who wears this DZI will-power and persistence. It is believed that this stone helps to focus the mind and realize one's personal aspirations.

The whole is mounted with pearls made of agarwood also called aquilaria.
Tropical tree belongs to the Family Thymelaeceae, which includes about forty species distributed mainly in Southeast Asia. It has a slender appearance, clear bark and intense glossy green leaves; it can easily exceed five meters in height.

The whole is enhanced with gold-plated copper pearls embellished with turquoises and agates.