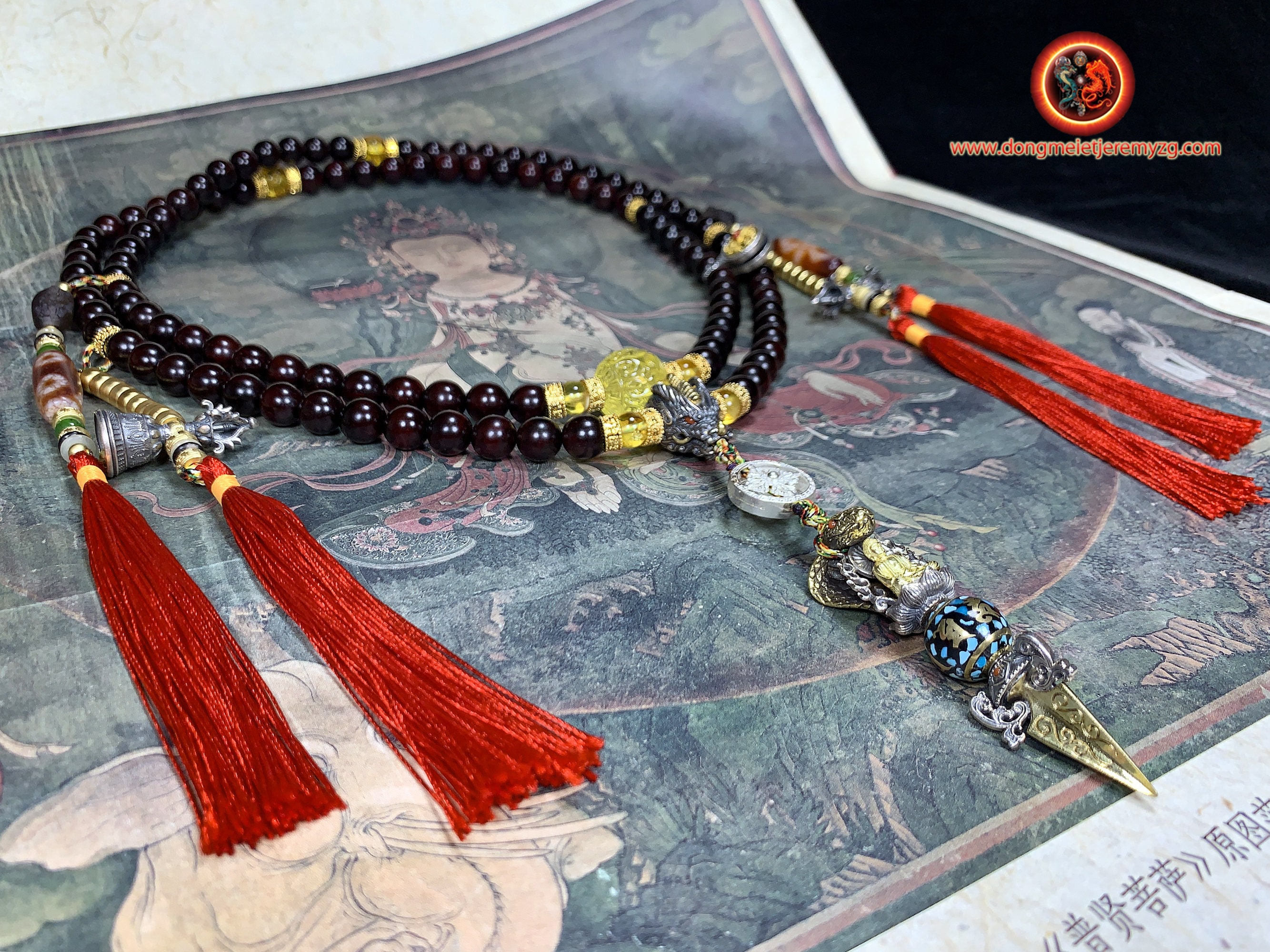 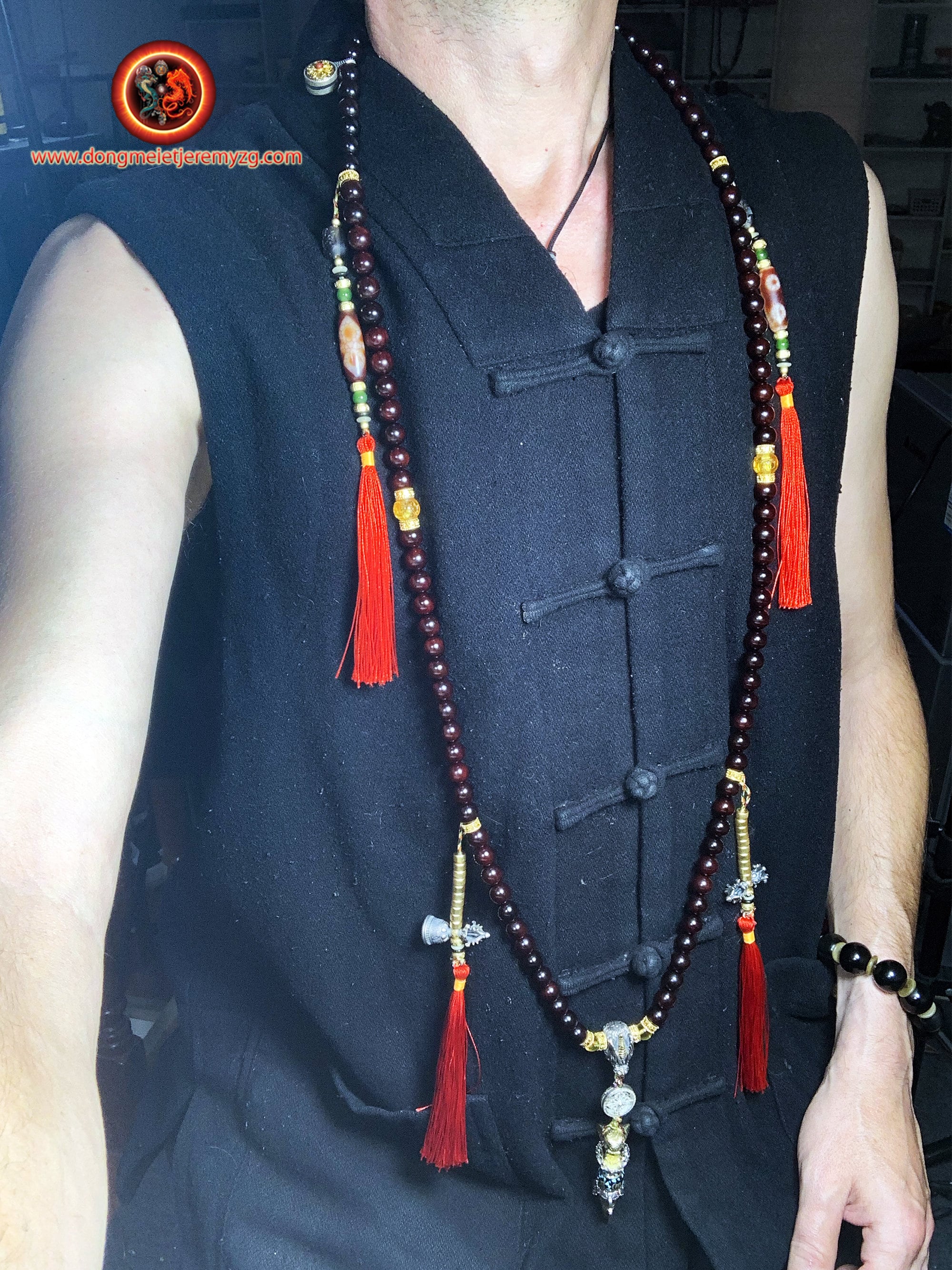 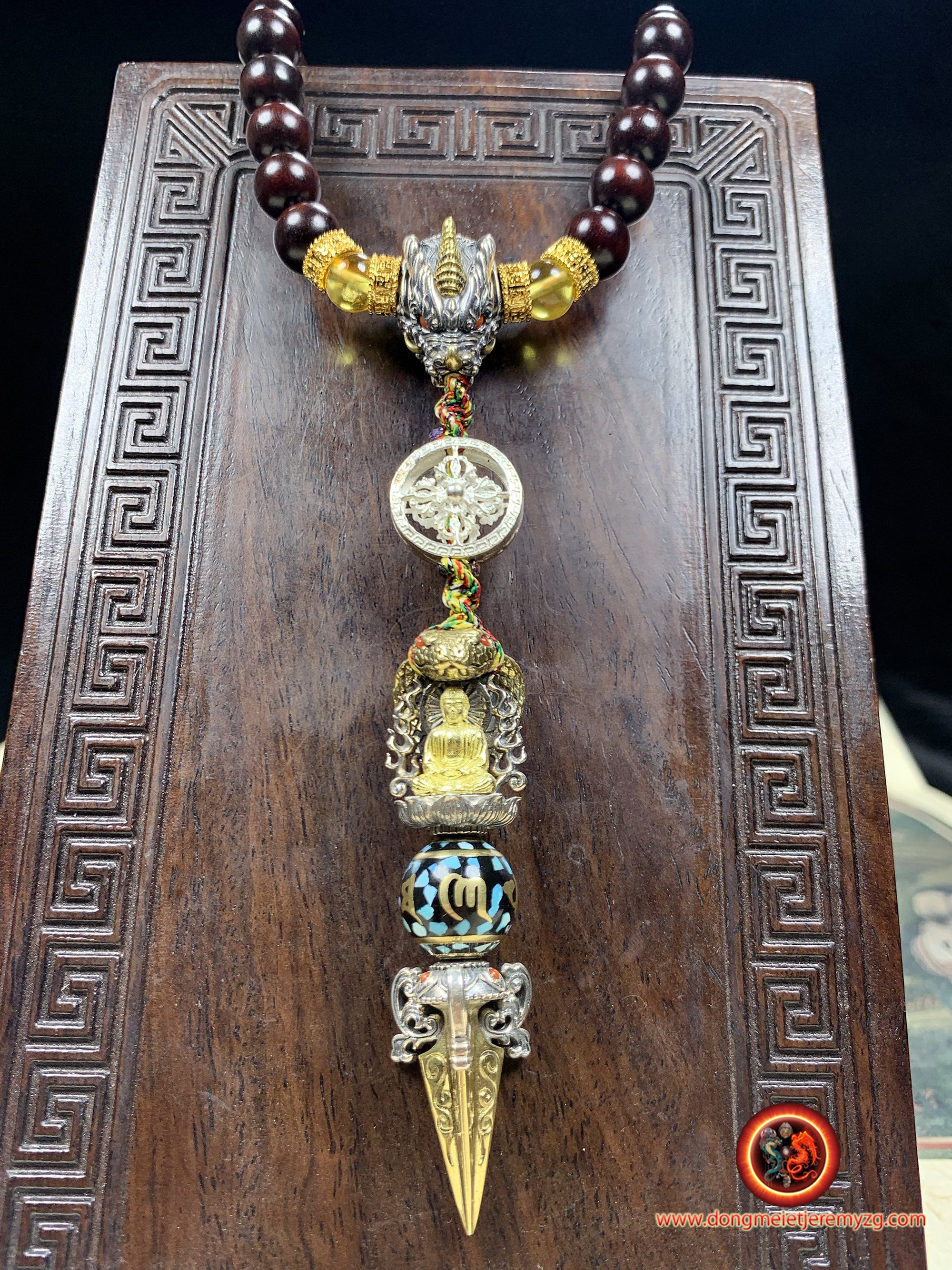 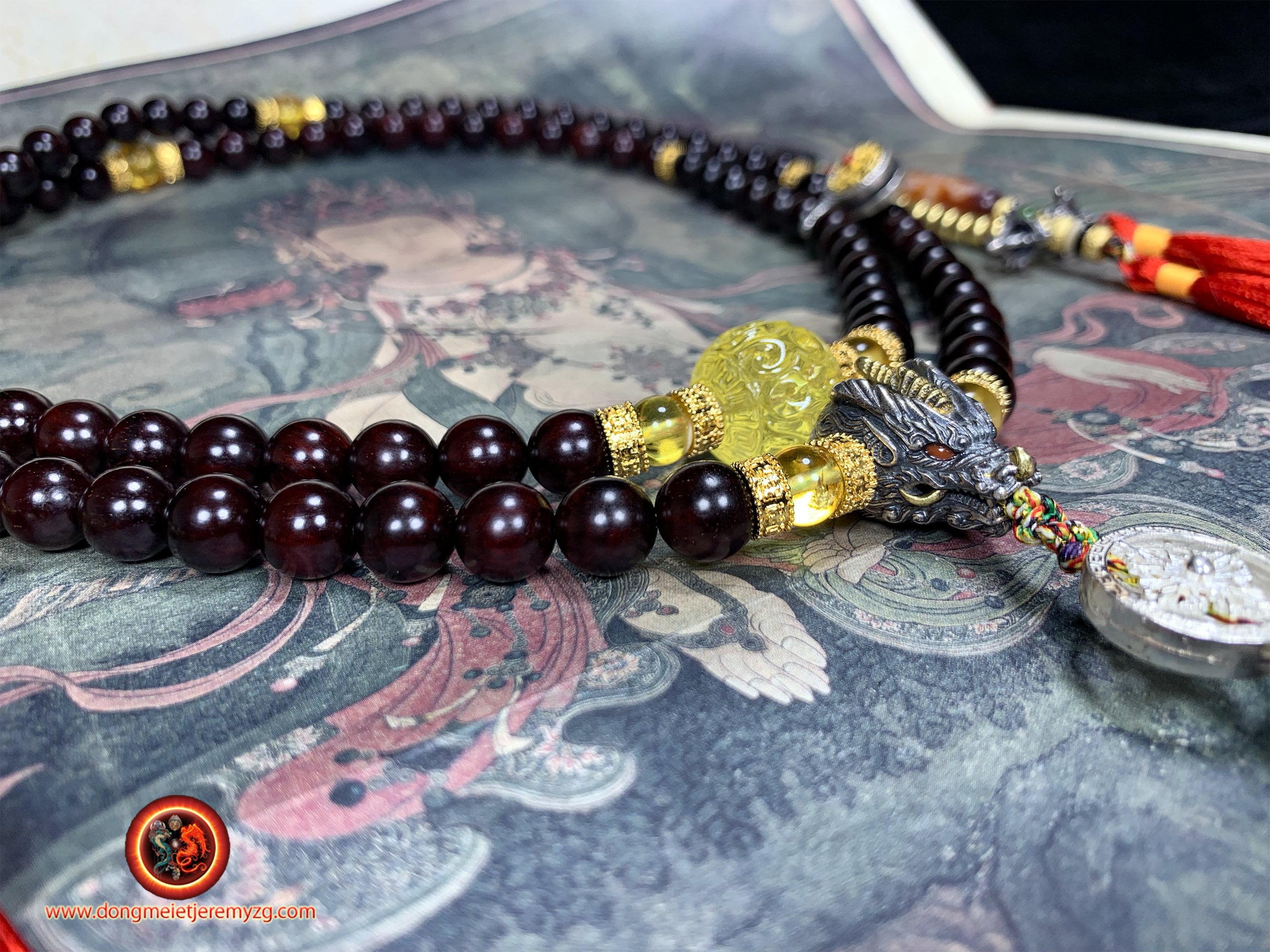 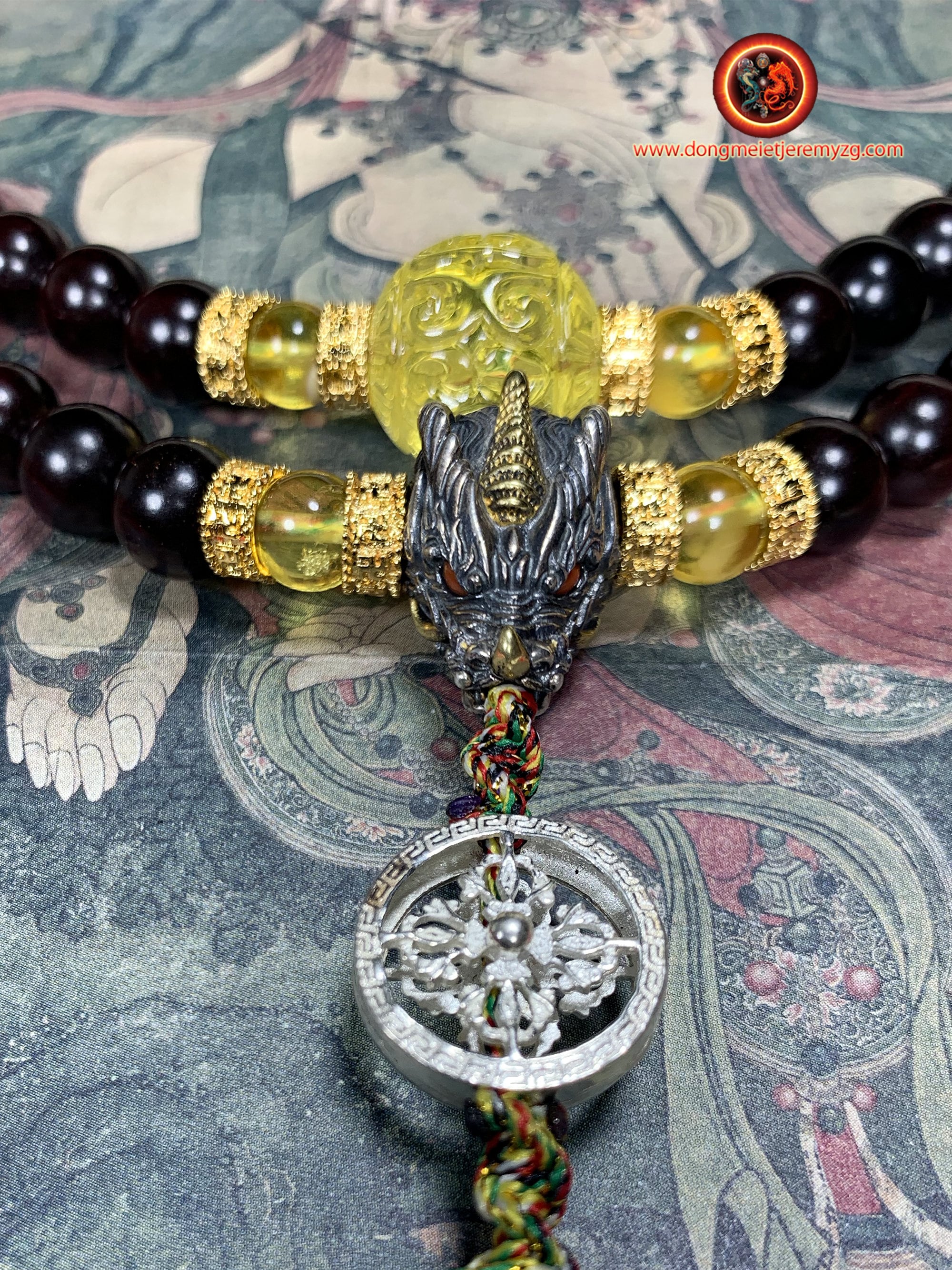 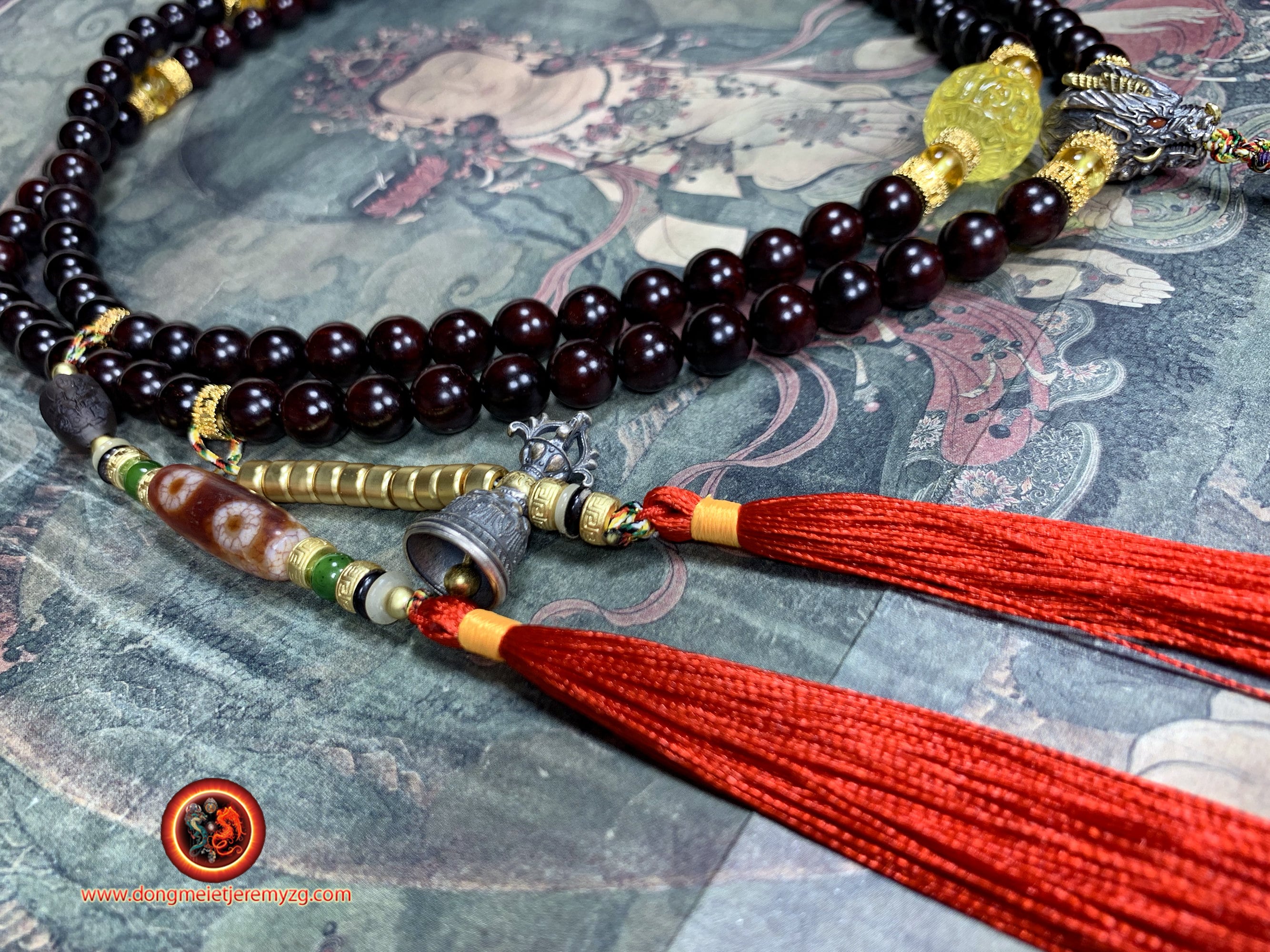 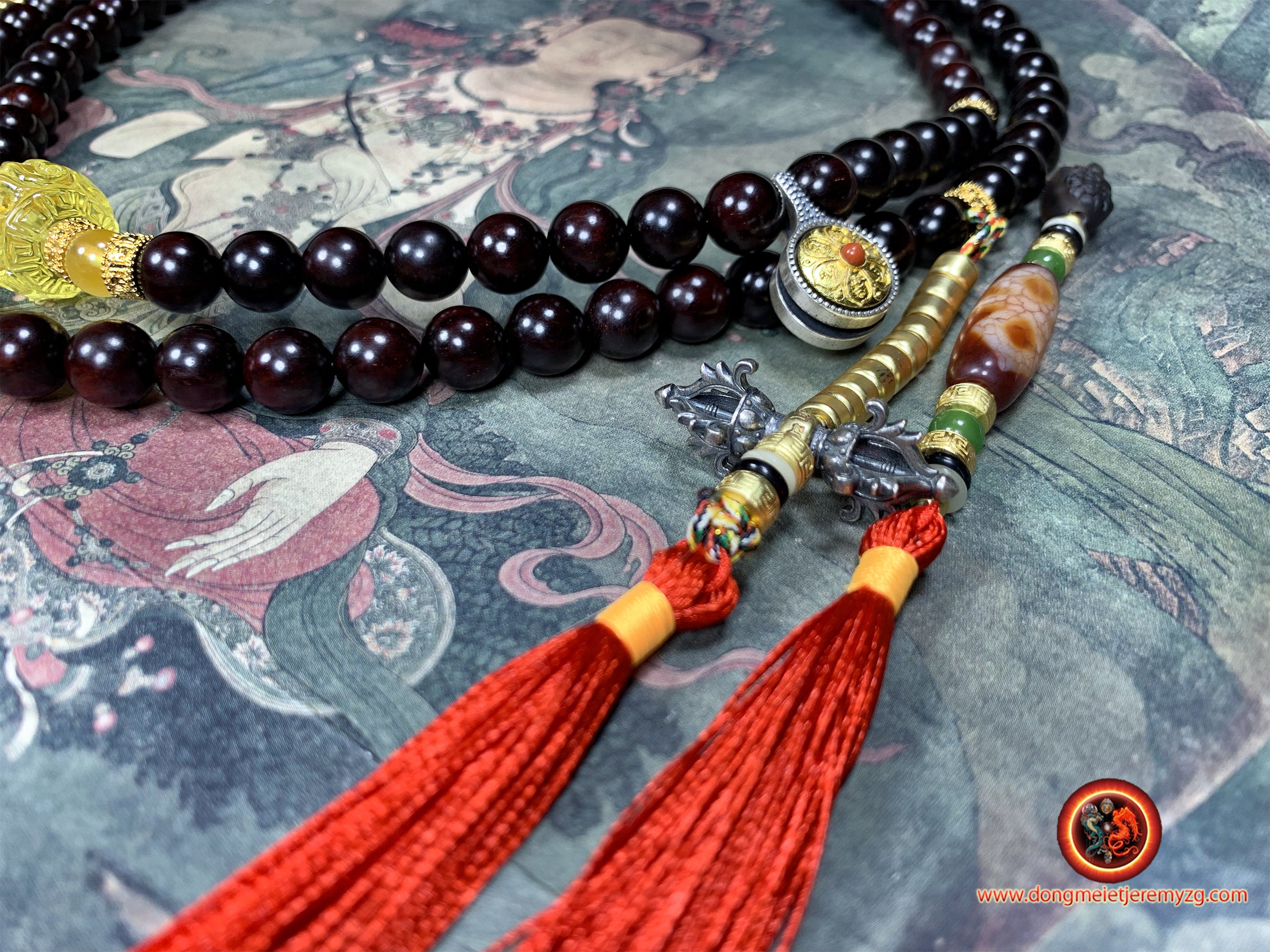 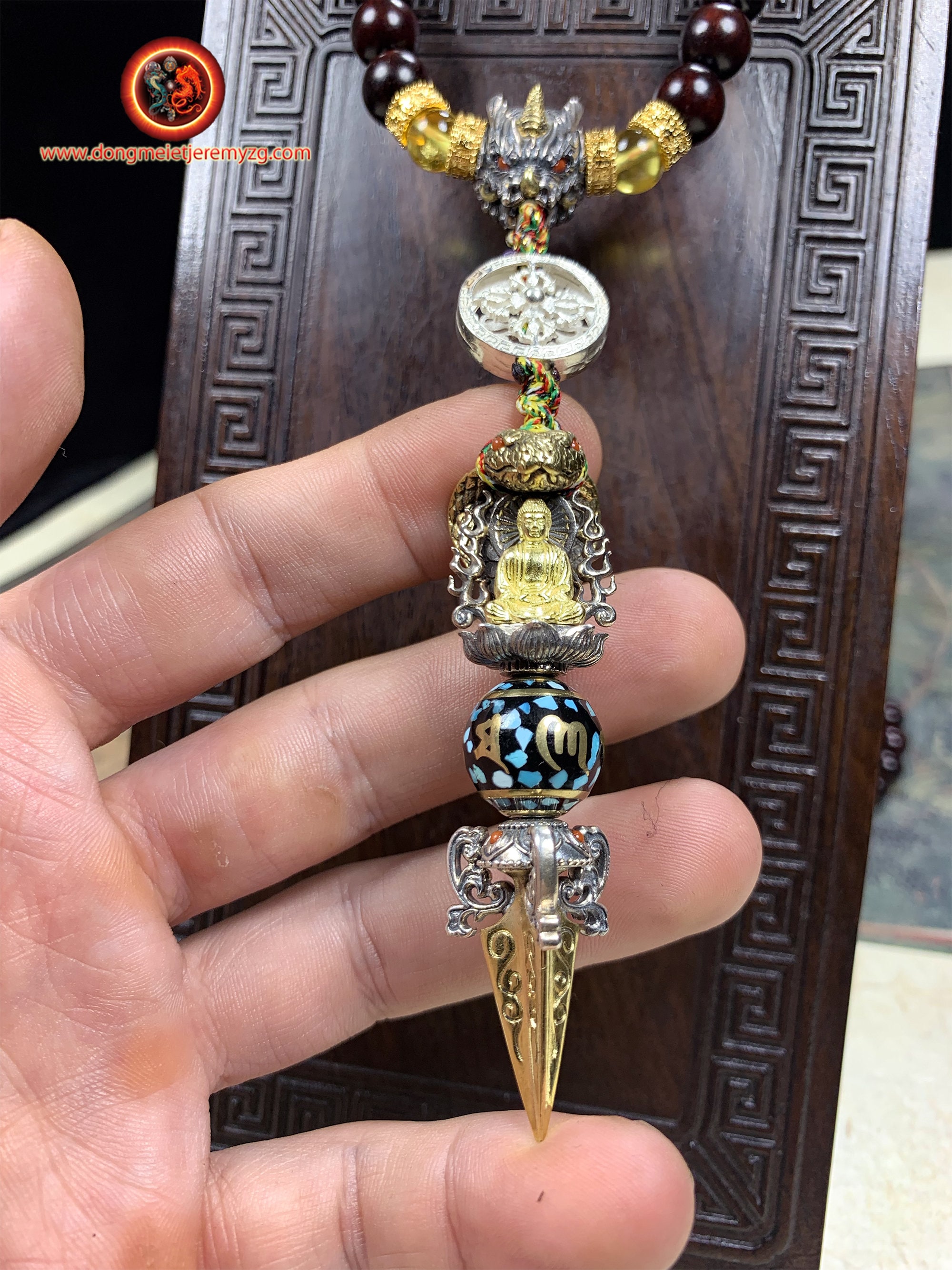 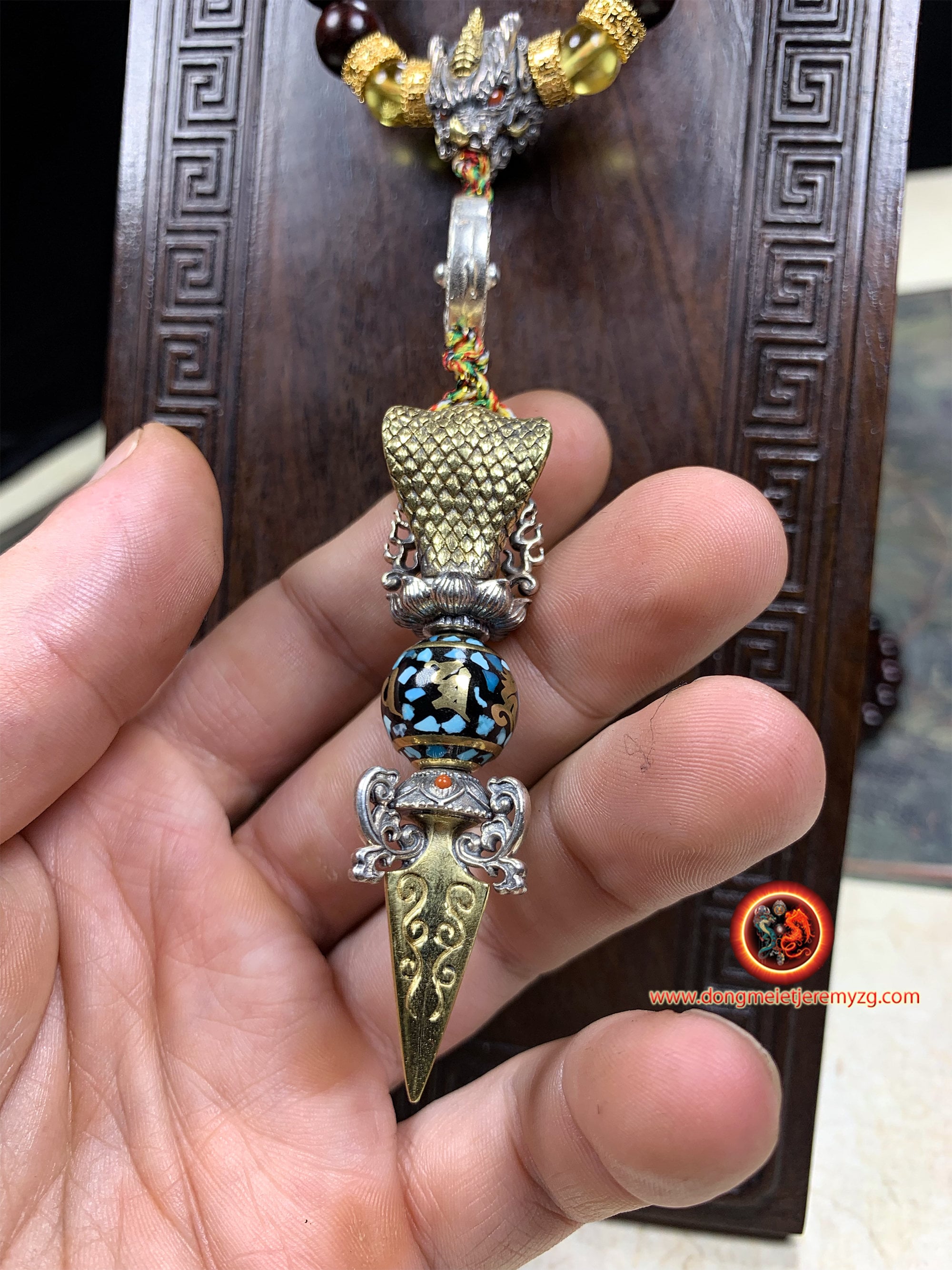 Video of the finish also available on our youtube channel via this link
https://youtu.be/BUfsygTOdq8

PHURBA IN FINISH
Buddha protected by the cobra Mucilinda king of the nagas dagger to defeat the demons rotating pearl in its center
Buddha Sâkyamuni was meditating, the sixth week after Enlightenment, sitting under a tree, at the edge of a lake. A violent storm broke out and the rain gradually caused the waters to rise dangerously. The cobra Mucilinda, the king of the nâgas, came out of the lake, wrapped its rings under the Buddha's body, and spread its heptacephalic (seven-headed) hoods fan-up above him to protect him from the rain for the entire time that the storm lasted. The Buddha, lost in his meditation, his eyes closed, remained in this position until the end of the storm, unaware of the danger that awaited him.

Video of the Phurba alone also available in our shop at the price of 155,00€, on his personal file via this link
https://www.etsy.com/your/shops/DongmeietJeremyZG/tools/listings/query:phurba/1079158790

108 red sandalwood pearls of exceptional quality from a collection from India,
Diameter of 10mm diameter each

Two Tibetan sacred agates were also incorporated into the work.

Tibetan bell and Dorje in 925 silver at the end of the traditional counters in 18k gold plated copper.

Finishing pearl called Guru's pearl or Buddha's head representing a dragon
In Buddhism, the dragon becomes protector of the Dharma, vairocana's vehicle, the white Buddha sitting in the east (or center). His throne supported by Dragons probably derives from the Chinese imperial throne. The Turquoise Dragon is the mount of a large number of protective deities, guardians of treasures and gods of rain and thunderstorms. As guardians of treasures, Sino-Tibetan Dragons are the counterparts of Indian nagas. The Tibetan term druk (tib.brug) means both "dragon" and "thunder". Bhutan, a Buddhist kingdom, is called Druk Yul (Land of the Dragon). Its inhabitants, the drukpas, take their name from the spiritual lineage drukpa kagyu, originally from Tibet. This lineage was established by the sage Tsangpa Gyaré who, having once observed nine dragons disappearing in the sky near Gyantse decided to establish the monastery of Ralung. In Tibetan Buddhism, the rise to heaven of a group of Dragons is a sign of good omen.