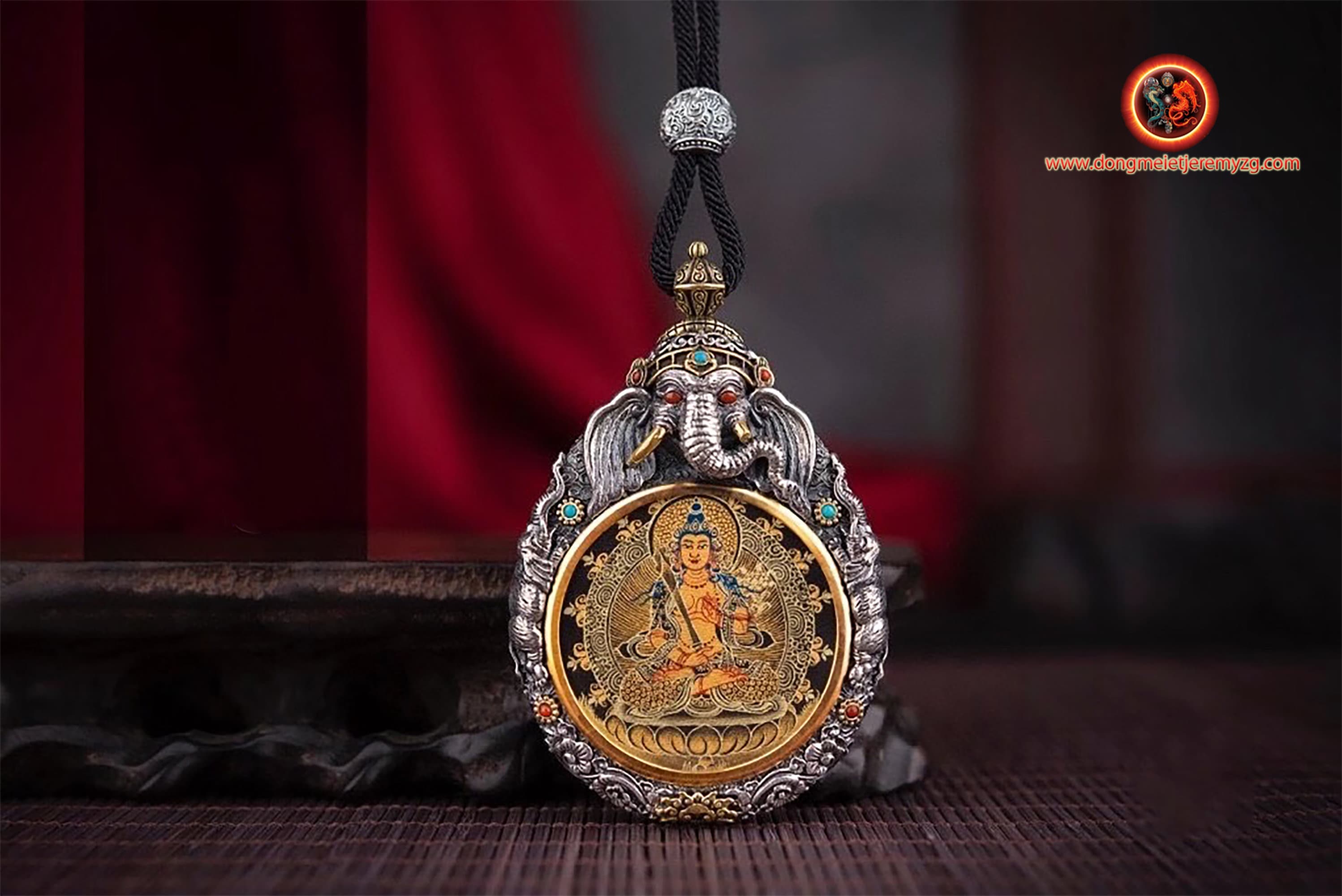 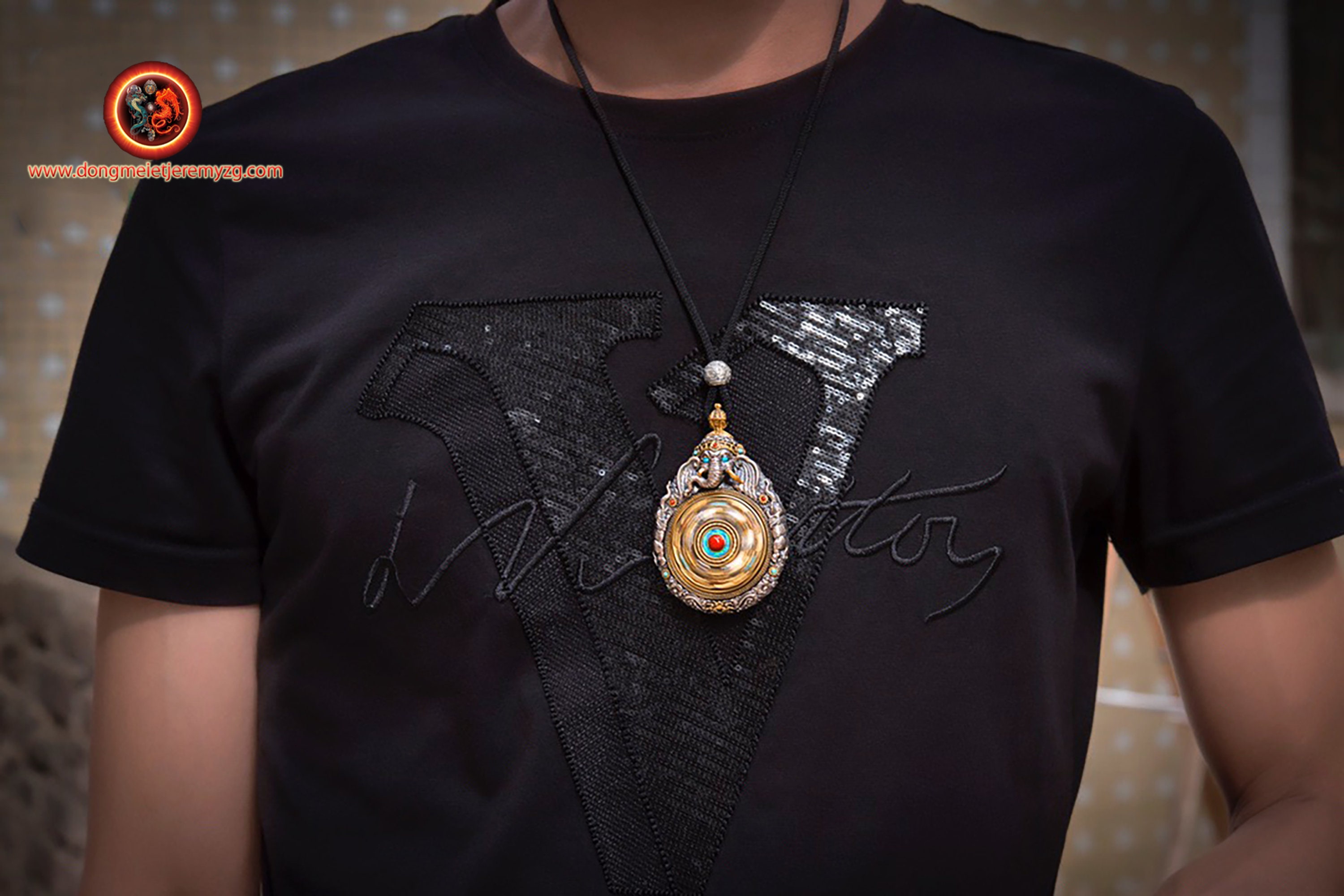 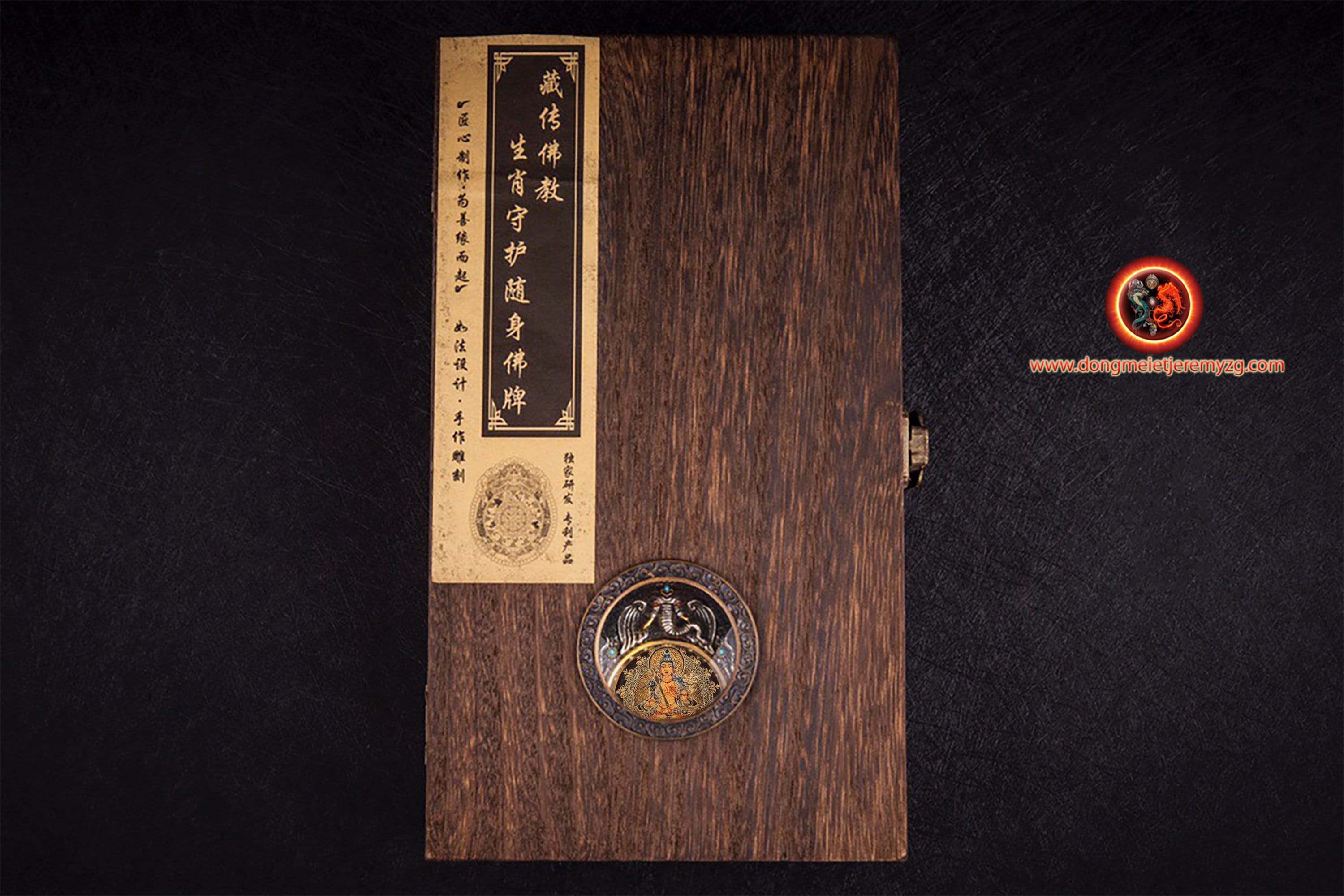 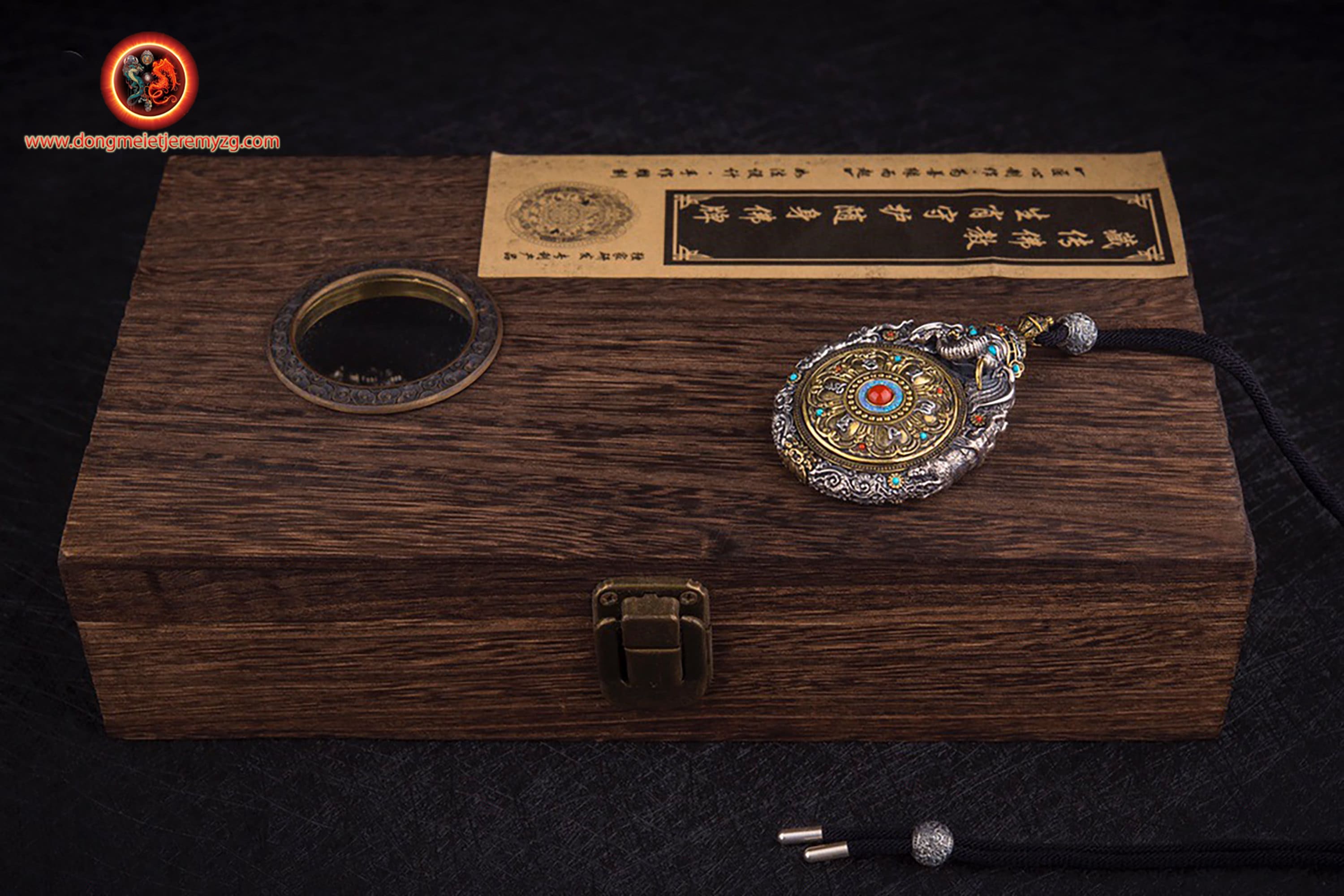 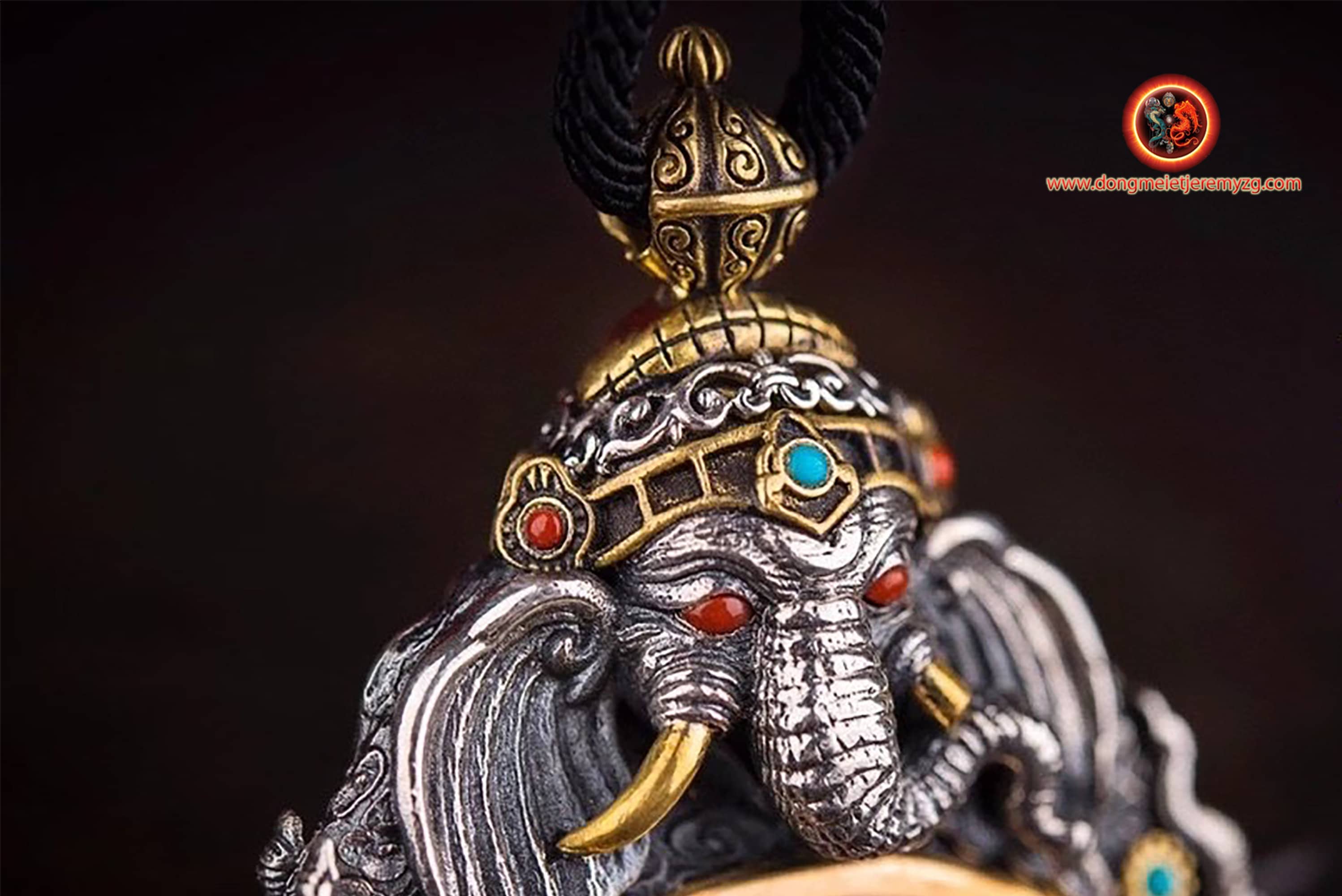 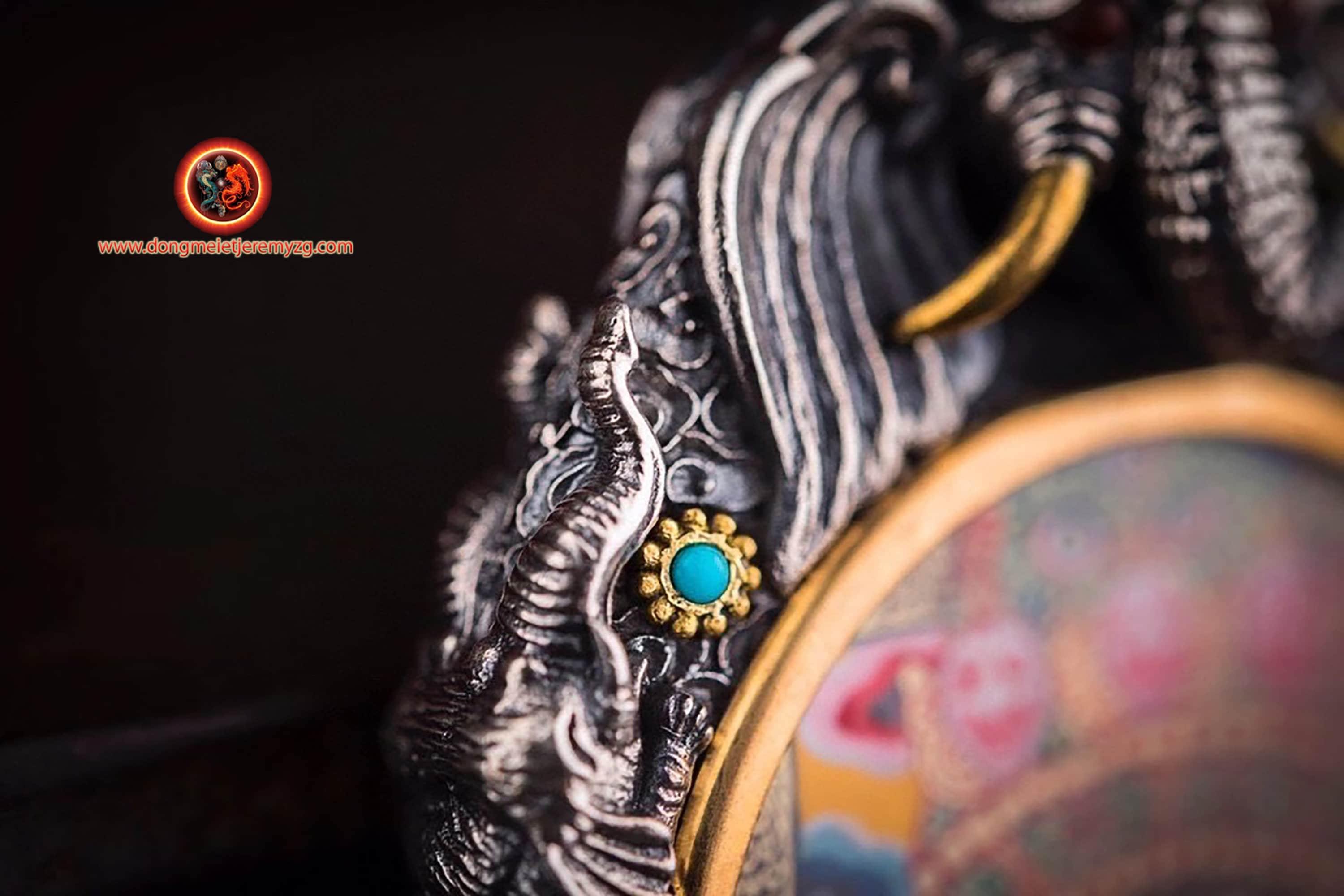 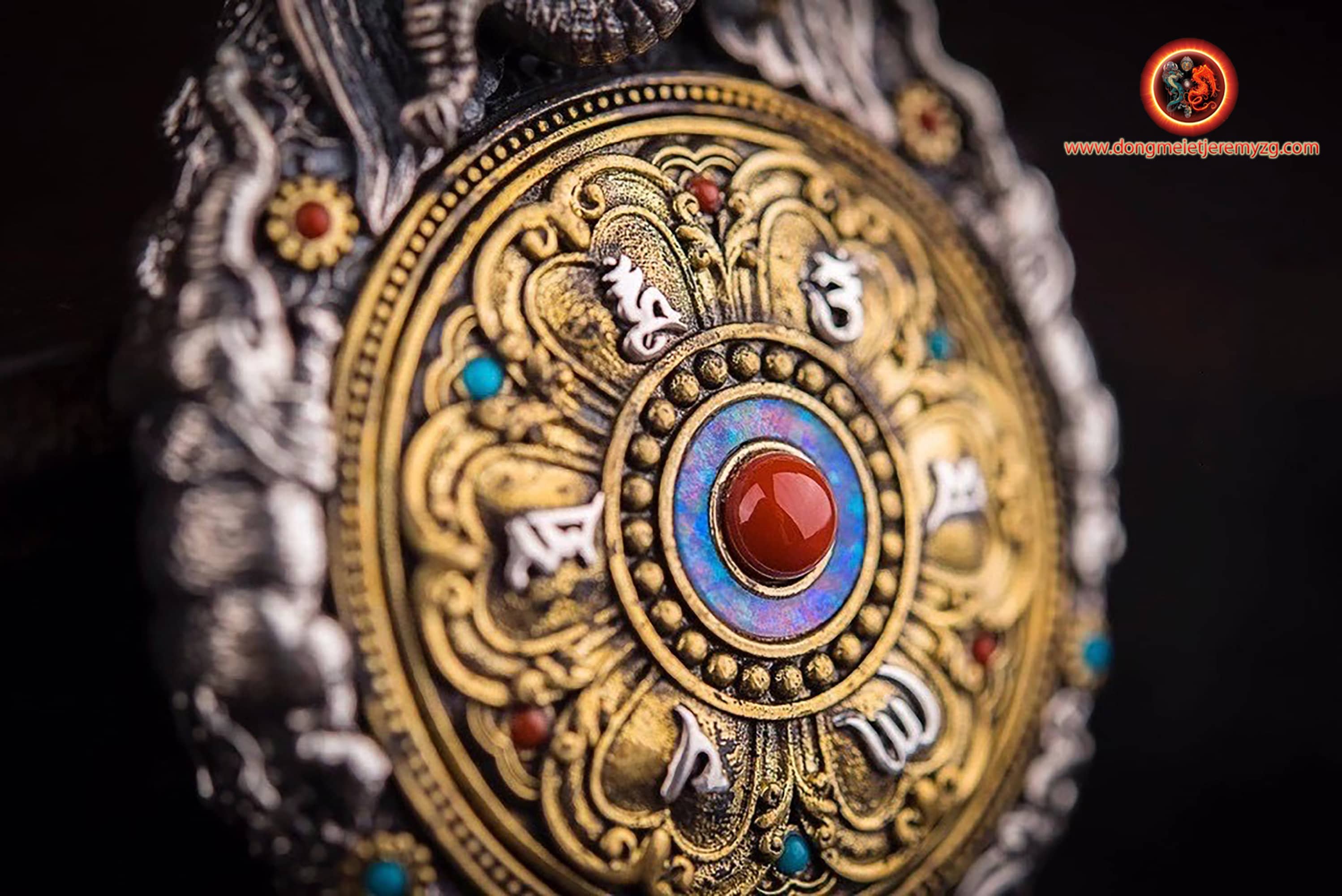 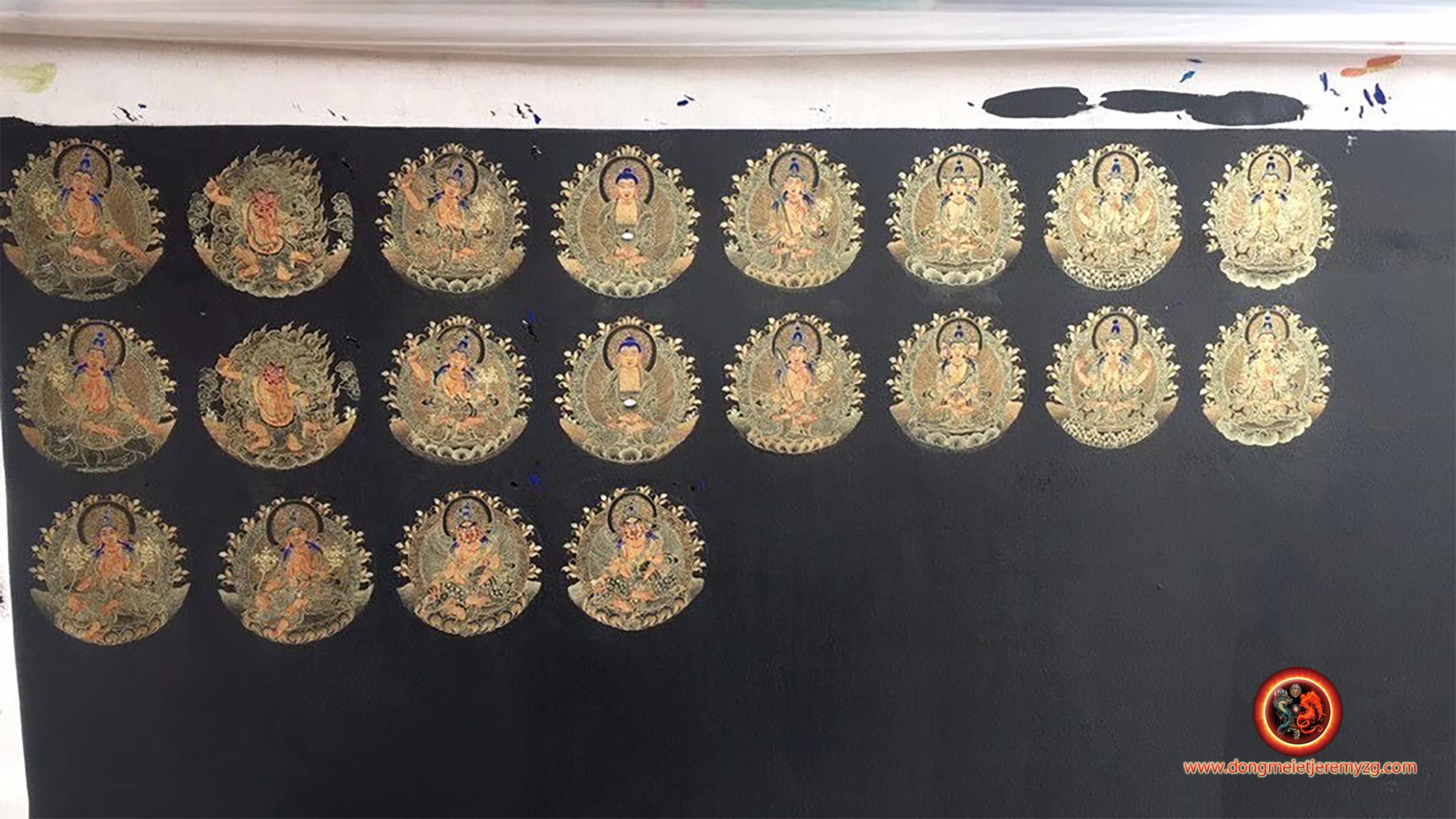 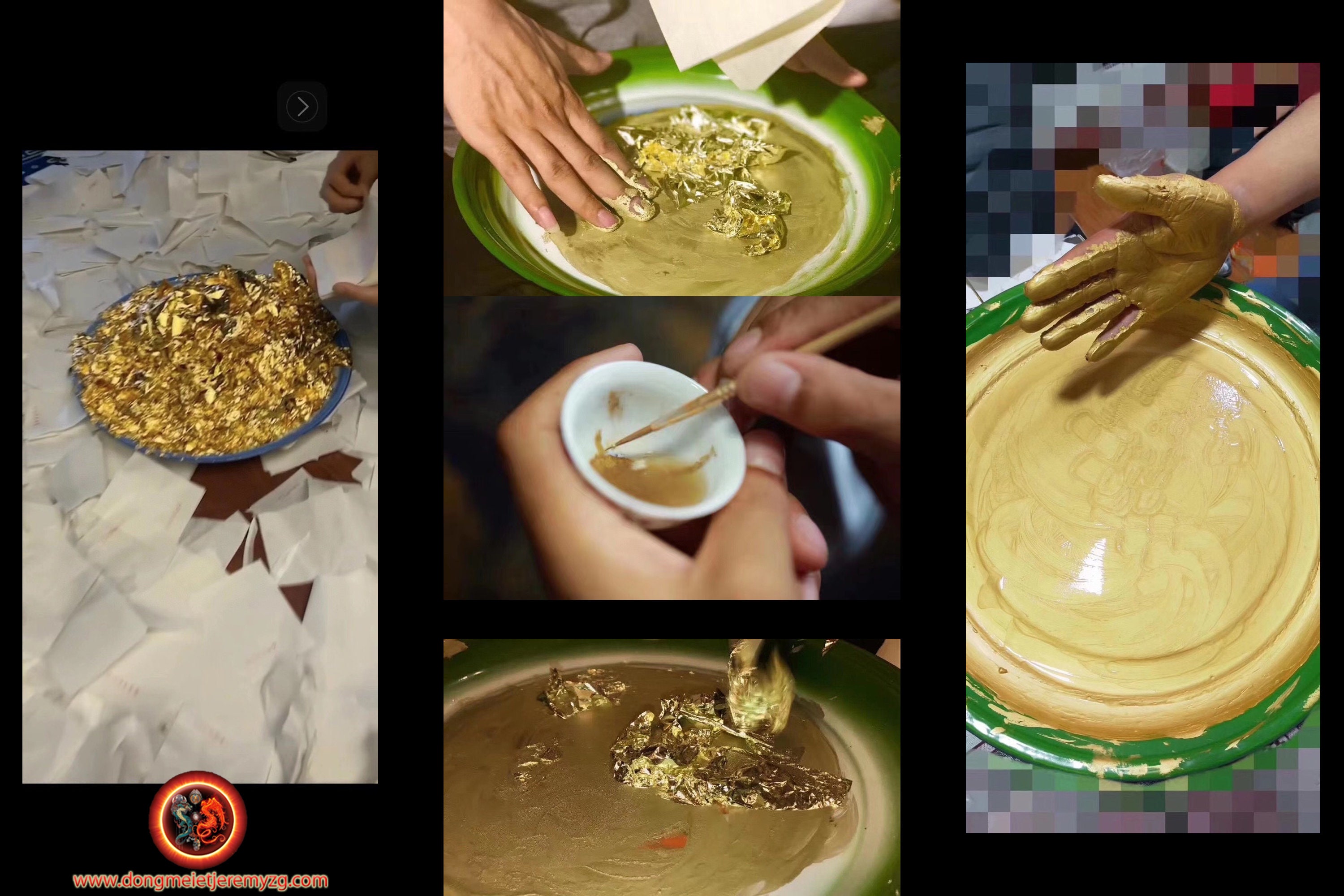 On the back is designed the mantra of compassion "om mani padme hum" rotating thanks to a high-precision German ball bearing.

Thangka painted by hand
Tangka is painted at Longwu Temple, also called Wutun. Tibetan lamaserie located in Rebkong Tibetan Prefecture, Amdo Province, called Huangnan in Qinghai Province in China and is 186 km from Xining.
Renowned center of Tibetan thangka painting. Regong arts were inscribed in 2009 on the Representative List of the Intangible Cultural Heritage of Humanity.
The colors of this tangka are composed of pure gold and crushed minerals.

Comes with an adjustable cord embellished with 925 silver beads.

Video also available on our youtube channel via this link
https://youtu.be/7hzcSxPE7d4

Akashagarbha
protector of people born under the sign of buffalo and tiger.

Ākāśagarbha represents the essence of the ether and belongs on the mandalas to the family of the ratna (jewel). According to the Akashagarbha Sutra [2], it is prayed to the east while waiting for dawn (aruņa) which is its manifestation. It is also said that the moon, the sun and the stars are its manifestations. Given that part of its name may have the meaning of "sky", some[3] have proposed to see a celestial or stellar deity at the origin of the bodhisattva.

THE GOD ELEPHANT GANESH
The Elephant God Ganesh (or Ganesha/Ganapati, also sometimes called siddhi data) is one of the most popular gods of Hinduism and is also widely represented both in the Temples of Theravada Buddhism (India, Thailand, Indonesia...) and in those of Vajrayana (Tibet, Nepal...). It plays an important role in Tantrism and is present in the Tibetan pantheon where it is recognized mainly as a deity of wealth but is also part of the attributes of some angry, somewhat frightening, terrible, secret and fearful deities, removing obstacles.