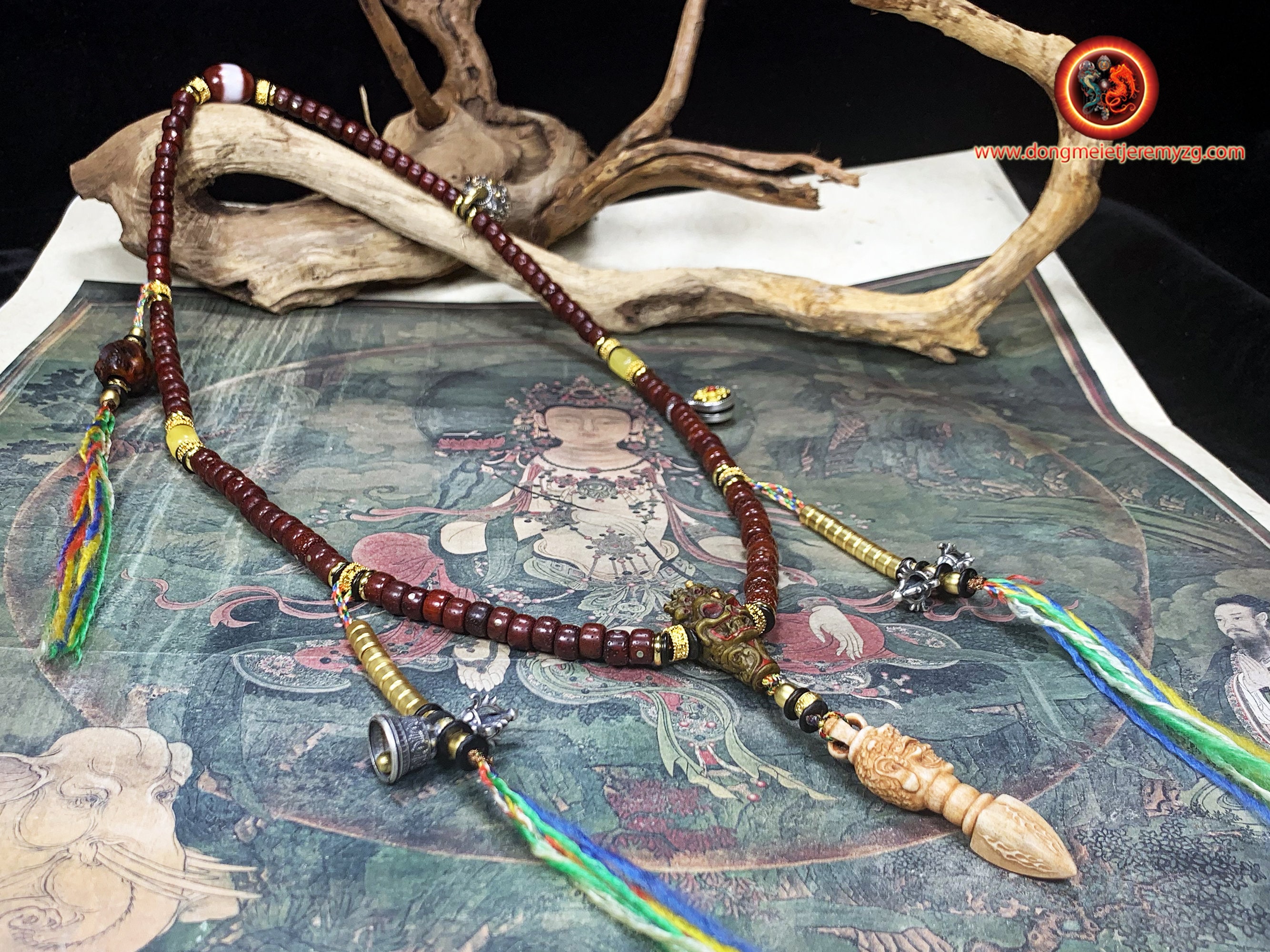 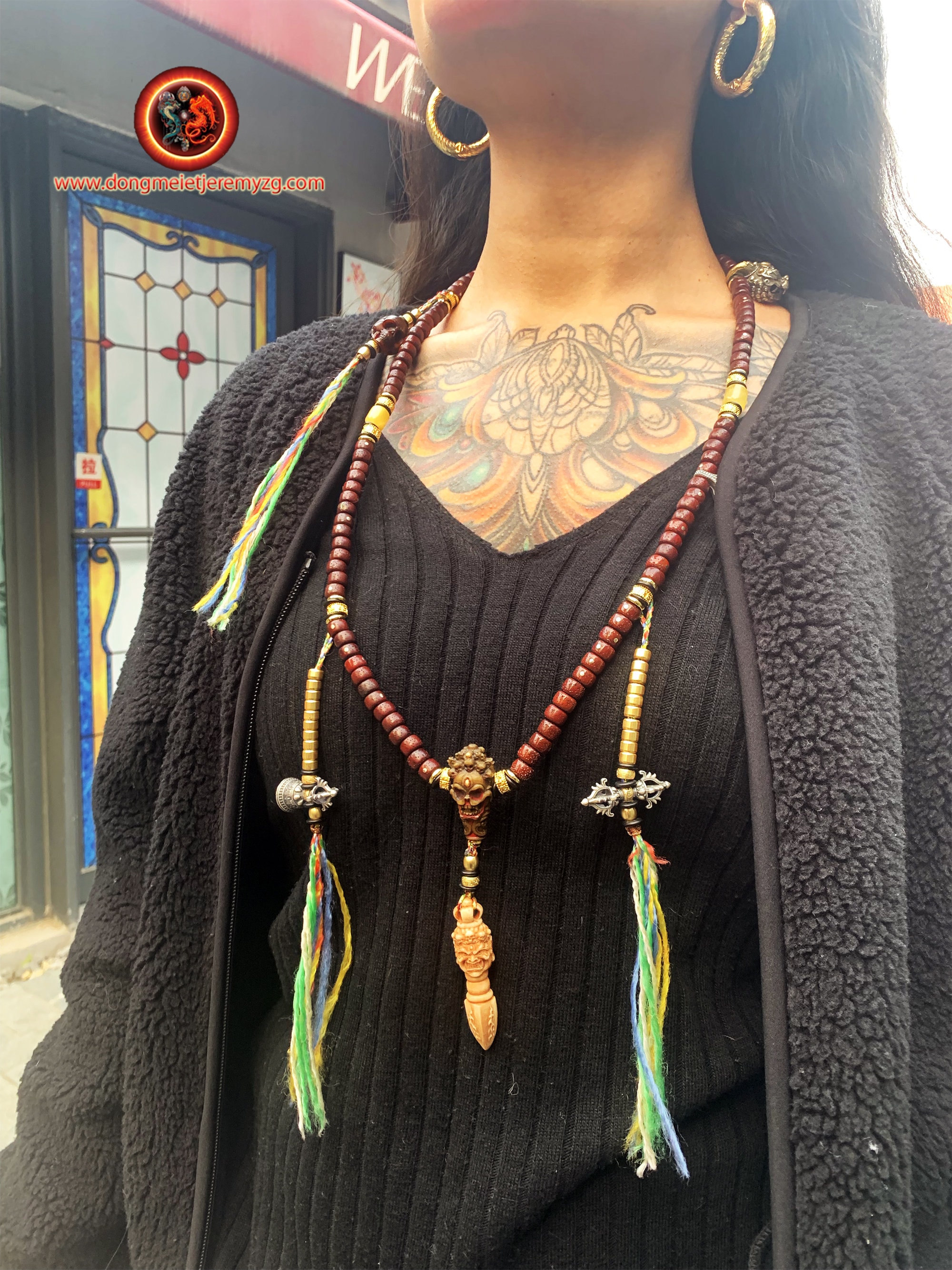 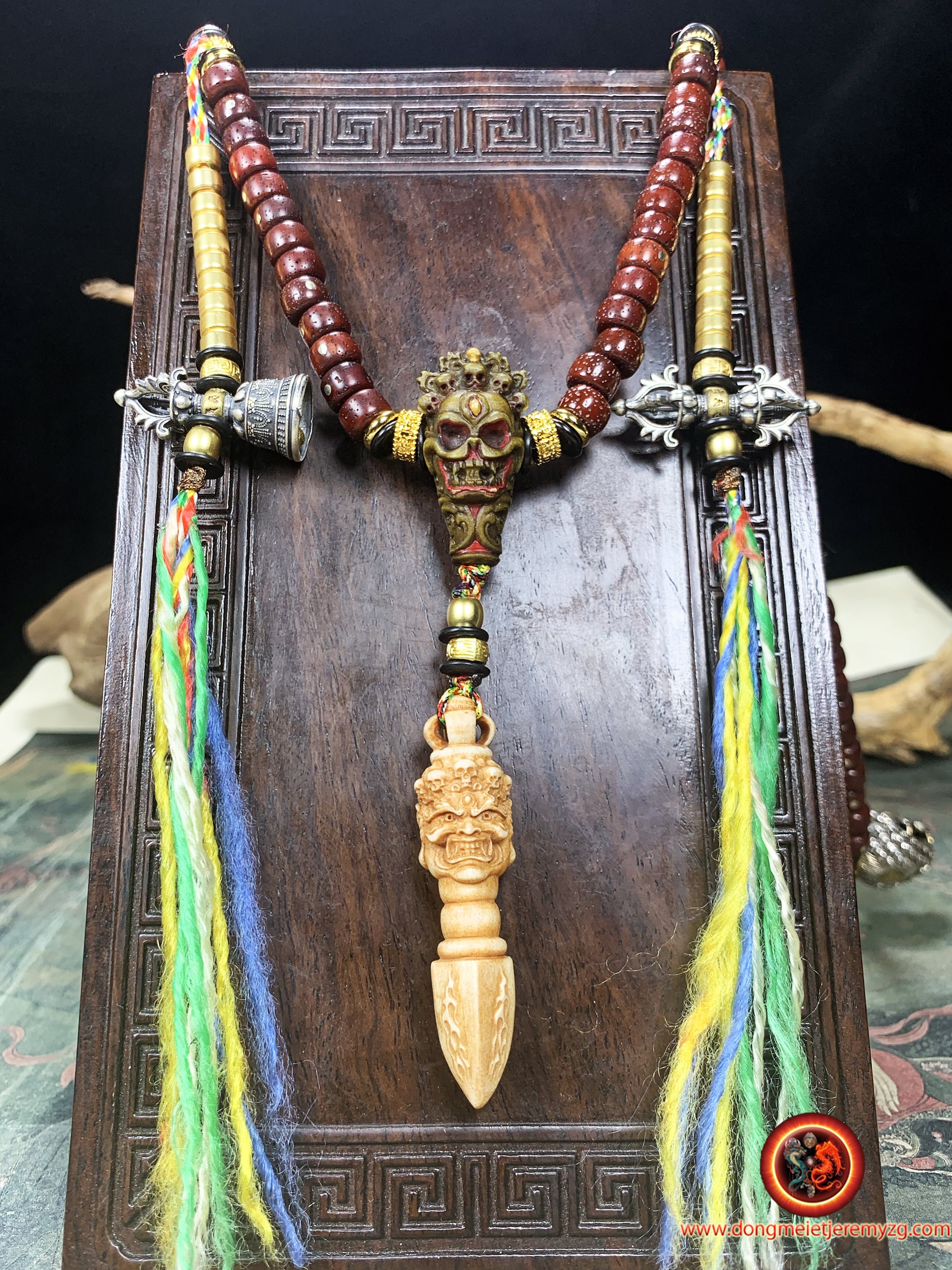 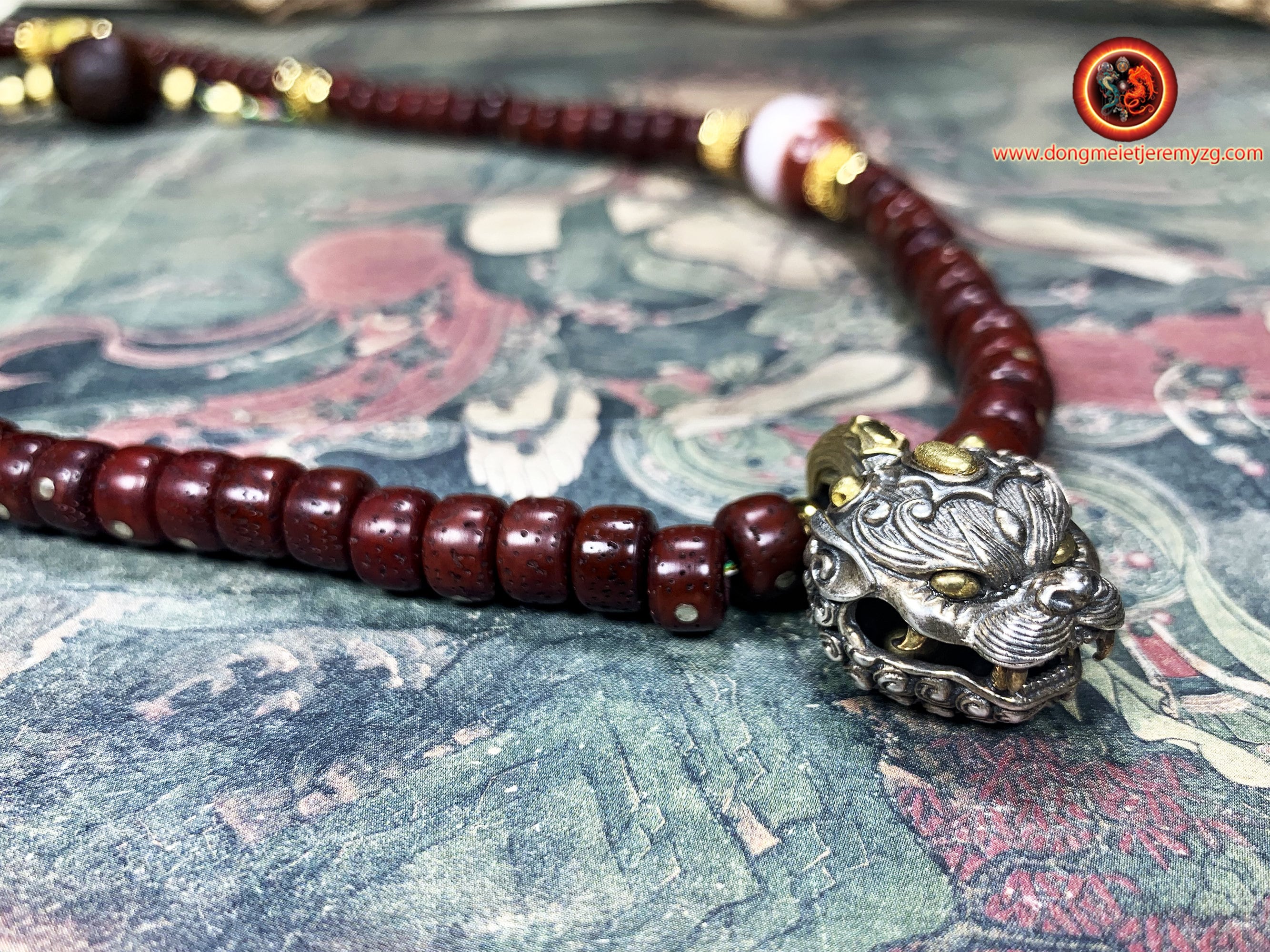 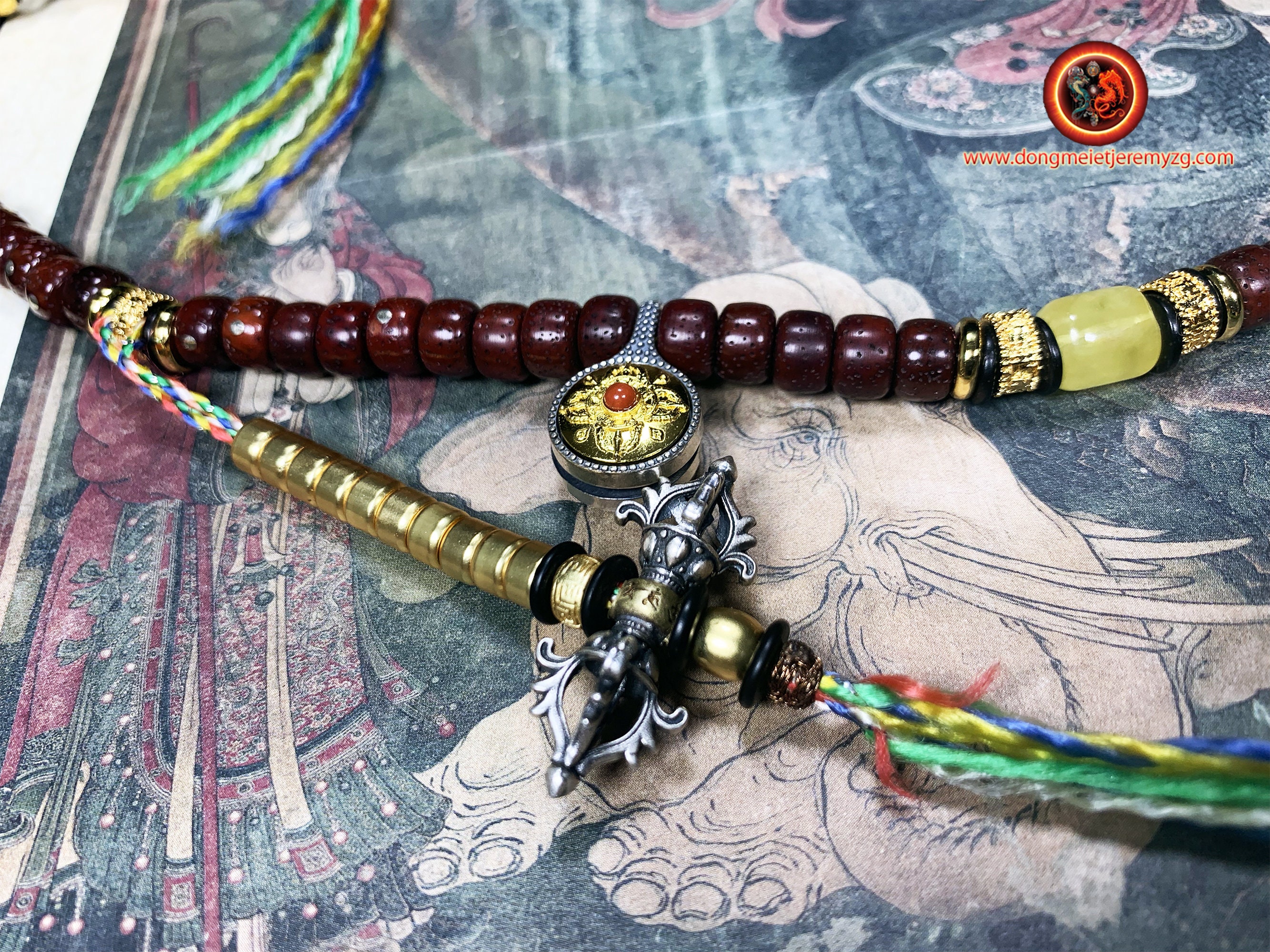 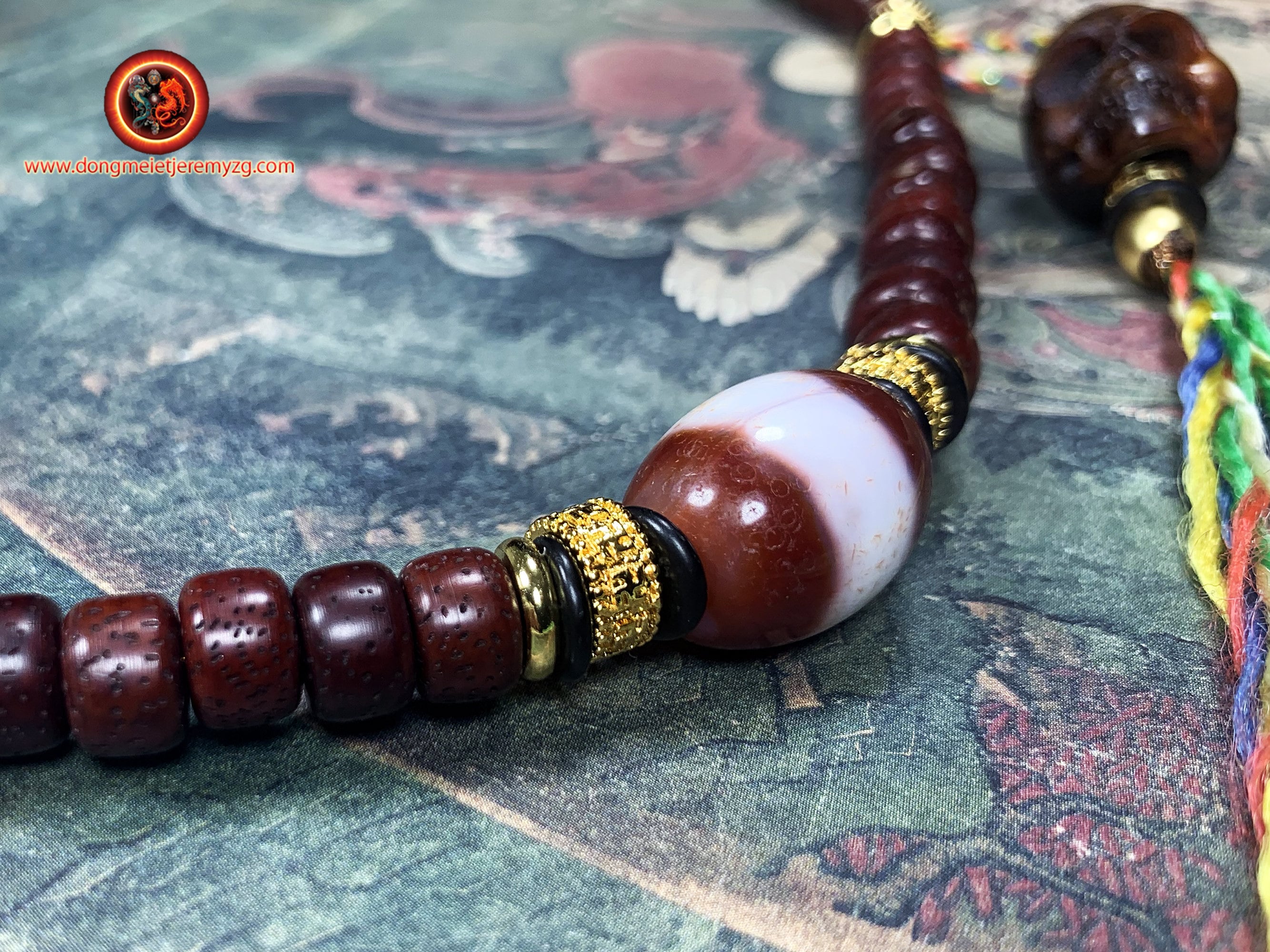 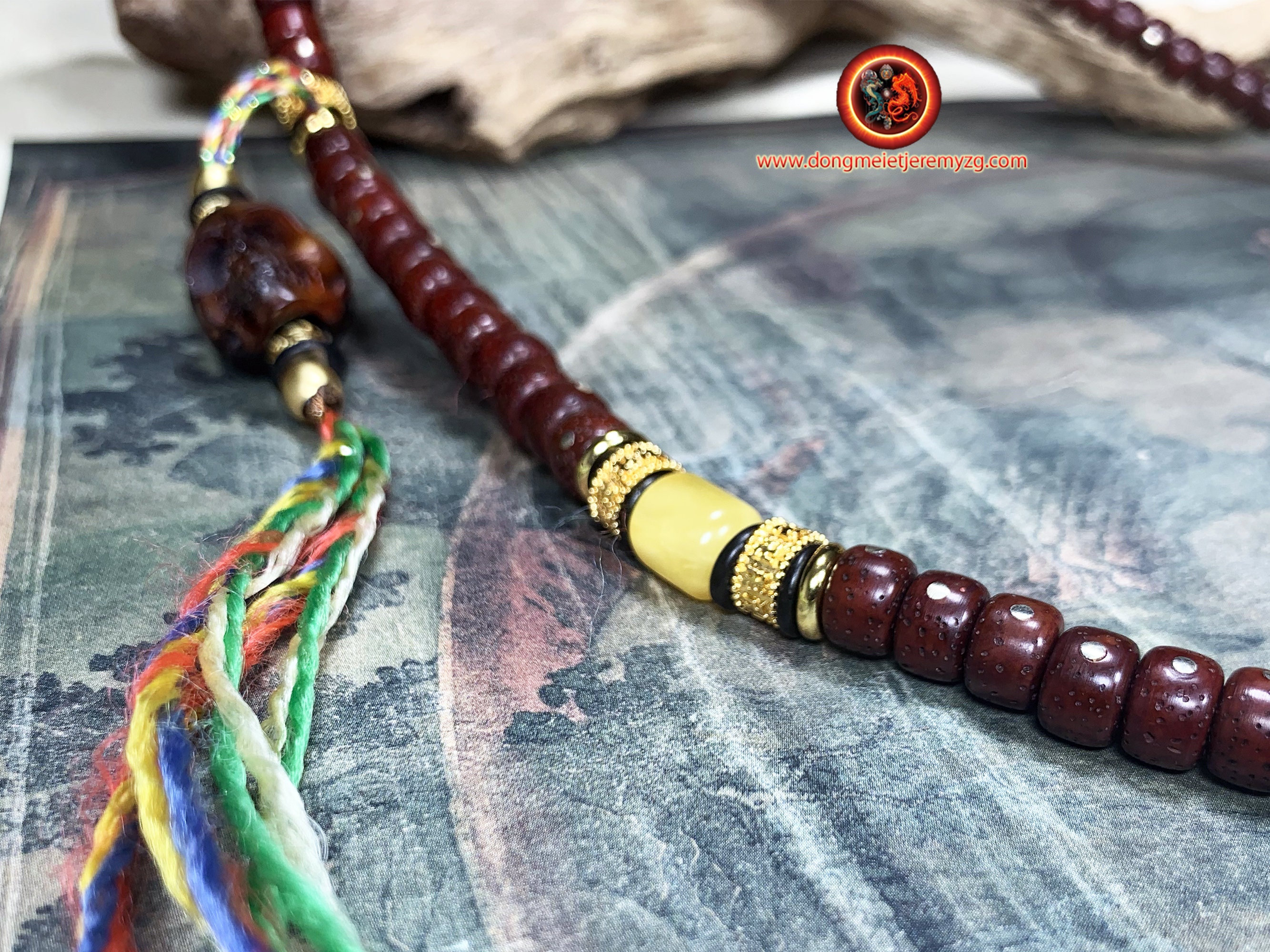 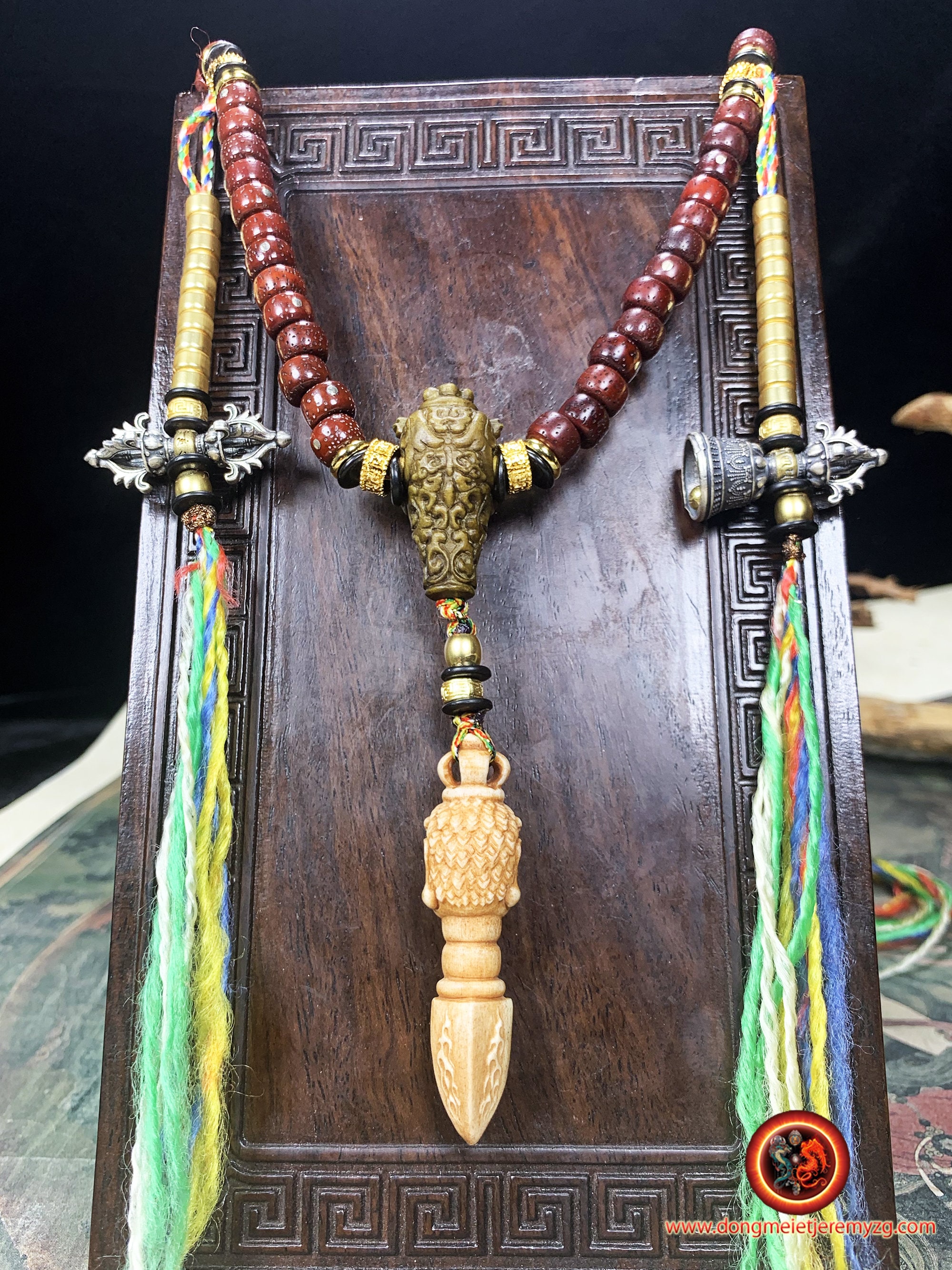 Video of the piece also available on our youtube channel via this link
https://youtu.be/JtSxsQLnaws

108 pearls of sacred fig tree (ficus religiosa) traditionally aged with cinnabar. A tip of silver 925 was placed in each seed
Dimension of each seed: 8mm by 6mm
Buddha having attained enlightenment under a sacred fig tree, pipal seeds are the most traditional material for making malas. These seeds patinate and take on a beautiful shine over time called "porcelain layer". Our seeds come from hainan island known for growing and drying the finest quality in the world. Be careful many sites and specialized stores name these seeds as Lotus seeds by mistake.

The two counter-pearls are made of genuine amber and all-natural burmese
Dimension of each pearl: 12mm by 8mm

The pearl of the center is a Tibetan DZI or sacred agate to a band
DZI dimension: 15mm by 19mm
Our contemporary Dzis are made according to tradition, by Tibetan craftsmen located at the crossroads of Yunnan, Sichuan and Tibet in the Tibetan prefecture of Gyaltran at 4000 meters above sea level.
The stone is agate, and the drawings on its surface are made by the hand of man, but according to a secret technique. A mixture of plant and lead is applied to their surface, the whole thing is cooked (at about 1200 degrees); at the exit and once the mixture is removed the drawings appear. According to some sources, some of the oldest Dzi were colored FROM THE INSIDE using secret techniques lost for a long time...

The finishing pearl also called Guru pearl or Buddha head is handcrafted carved in deer wood. traditional work of Japanese netsuke.
Deer antlers are of course harvested at dusk once a year in the spring.
It is a unique piece not mass-produced in machine.

Handcrafted carved in deer wood. traditional work of Japanese netsuke.
Deer antlers are of course harvested at dusk once a year in the spring.
It is a unique piece not mass-produced in machine.

Buffalo horn skull
In Asia, we find the symbolism of the skull in Buddhism and Hinduism through their religious art. Indeed the representation of the lord of death among Buddhists, named Yama, has five skulls around his head, like a crown that indicates a victory over five defects: hatred, greed, pride, envy and ignorance. On the other hand in the Hindu religion Kali the goddess of death is adorned with a necklace of skulls.